Abdumalik wins FIDE Gibraltar GP 8.0/10 with a round to spare

Zhansaya Abdumalik drew her penultimate round game against Kateryna Lagno to secure her triumph in FIDE Gibraltar Women's GP. She now has an unassailable lead of 1.5 points at 8.0/10. Mariya Muzychuk is the closest contender who is at sole second place 6.5/10 after beating Gunina in Round 10. Mariya needs to win the final round to keep her chances of qualifying to the Women's Candidates. It will also depend upon how other players fare as the final standings will give a clear idea whether Humpy will qualify to the Women's Candidates via the Women's Grand Prix. Abdumalik faces Anna Muzychuk in the final round of the event. Photo: John Saunders/FIDE

Zhansaya Abdumalik made a short draw against Kateryna Lagno in the penultimate round to win Gibraltar GP. She is the only player who has remained undefeated in the event so far. Stefanova and Paehtz played the longest game of the round and Mariya Muzychuk was the sole victor of the same. 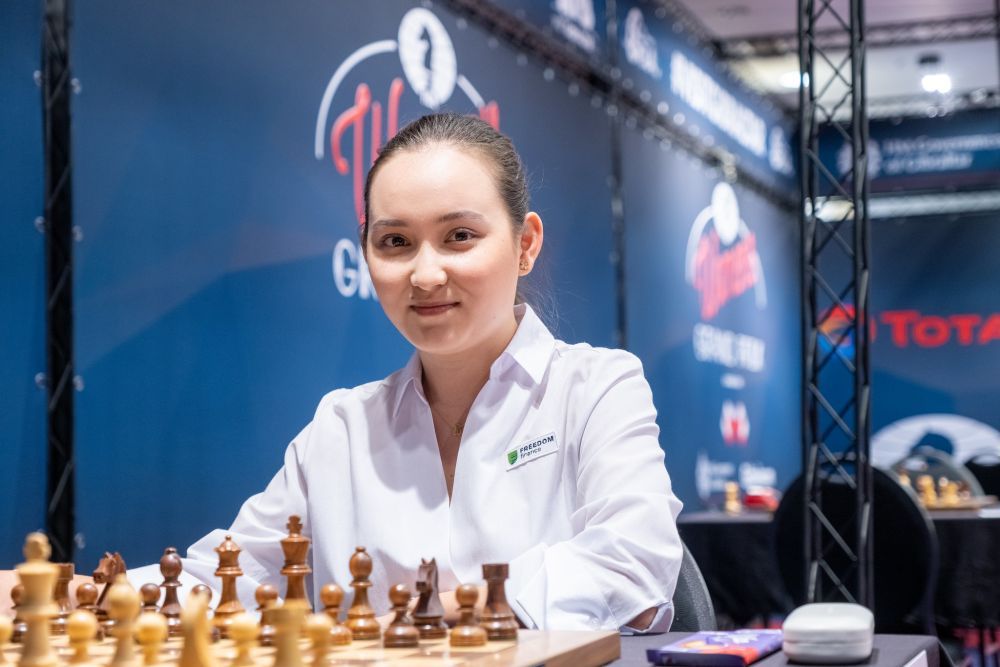 Stefanova and Paehtz had a hard fought draw. However Stefanova could have changed the move order in the same color bishop endgame which could have had a different outcome. 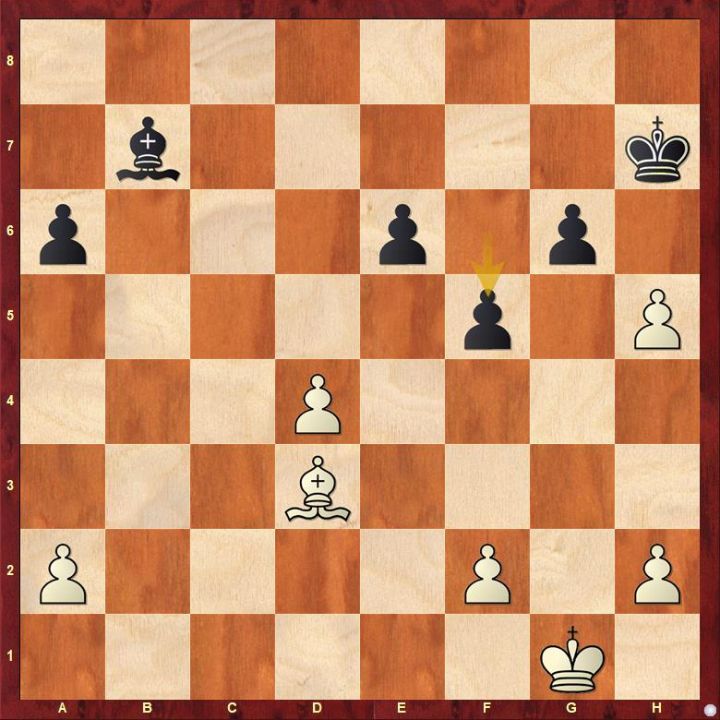 The game continued with 39.hxg6+ Kxg6 40.Bc4 Kf6, however if white plays 39.Bc4 black is forced to play 39...Bc8 as Bd5 leads to immediate loss after trading bishops at d5 and then exchanging pawns at g6 leads to winning endgame for white because of the outside passed pawn on h-file. So after 39...Bc8 white can go with 40.hxg6+ Kxg6 41.Kg2 and now white can quickly get into action and black's bishop is awkwardly placed at c8 with the task of defending both a6 and e6. Sure 41...Bb7+ is there but that only helps white to advance his king further with 42.Ke3. The game eventually ended up in a draw. 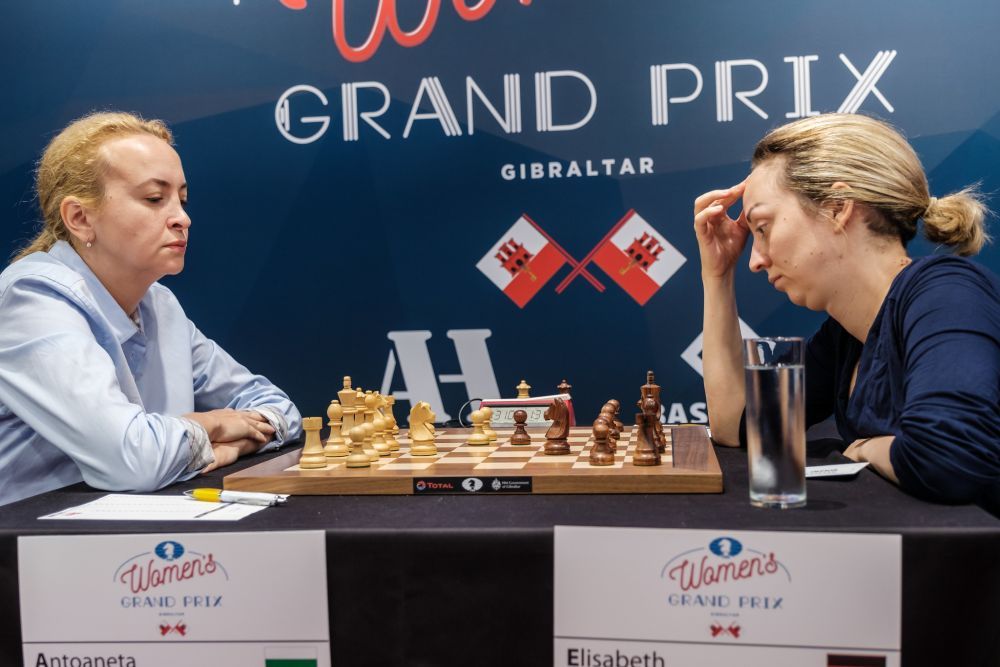 Stefanova-Paehtz's game was the longest of the round | Photo: John Saunders/FIDE

Did you know: The first game Stefanova and Paehtz played against each other was a little over two decade ago in 2001. 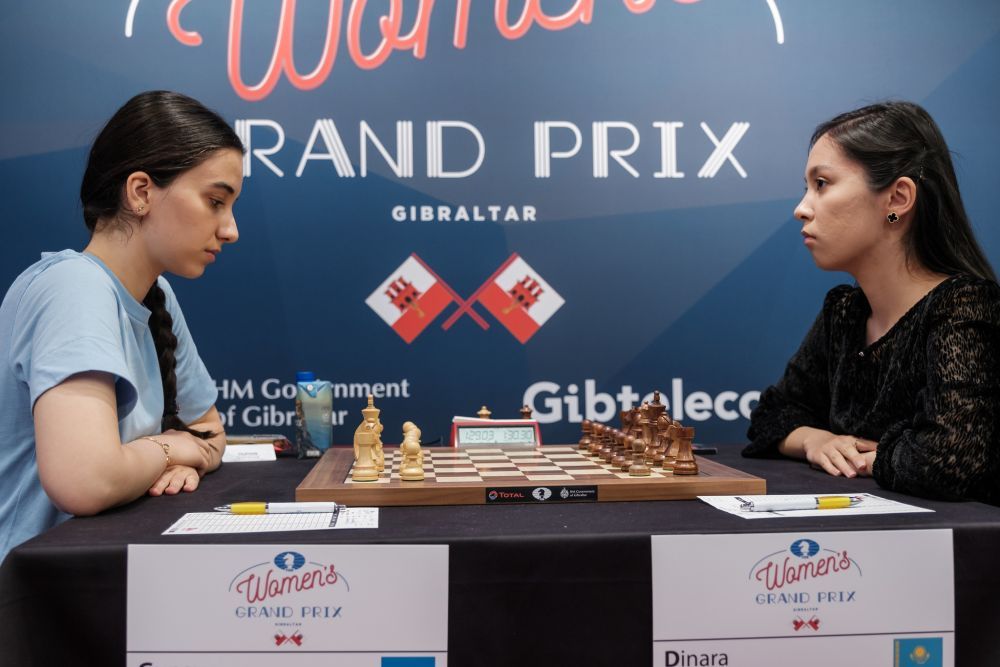 Anna Muzychuk got into trouble early in the game against Irina Bulmaga. 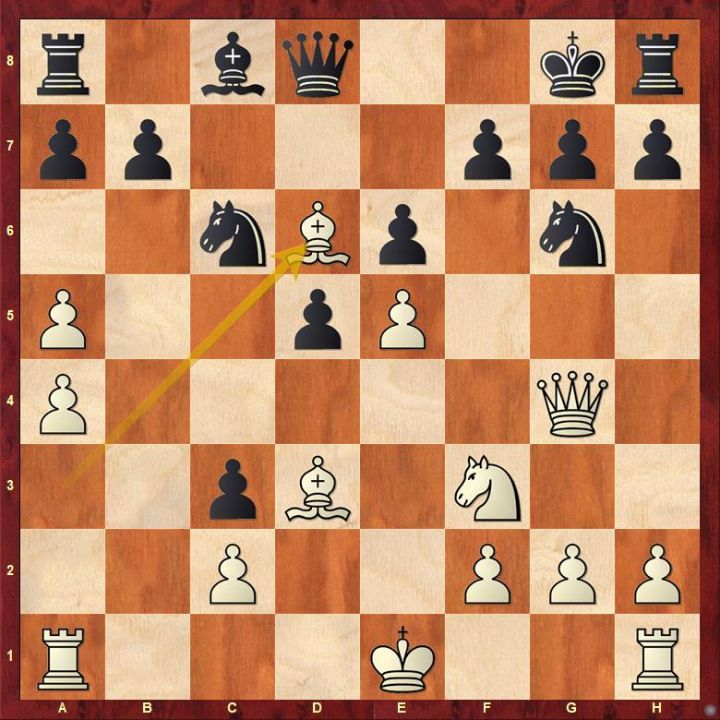 Black got into a similar situation which Paehtz did few days ago in the same event against Bulmaga. Which one do you think black should go with here - 13...f5 or h5 ? If you have followed that game, you know h5 is the correct way. However the game continued with 13...f5 and black got into some serious trouble. 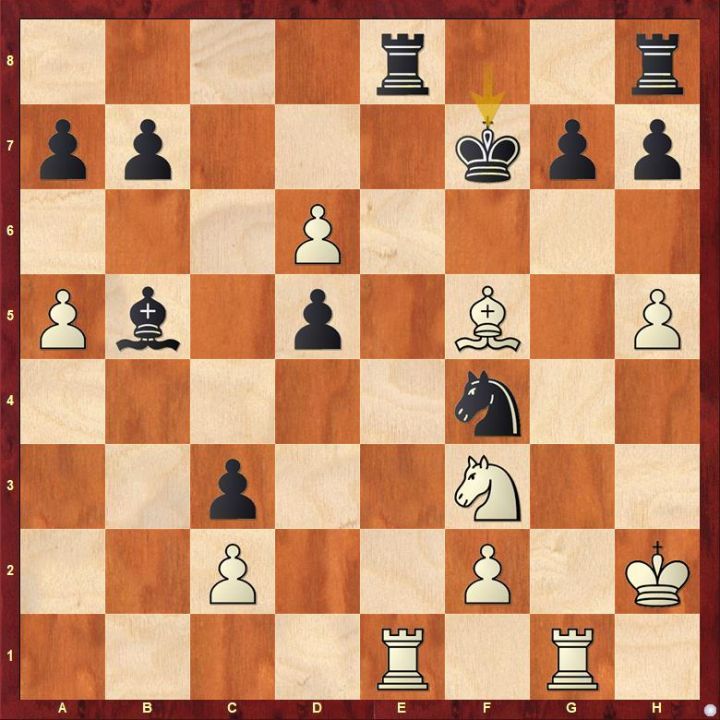 One of the best opportunity white had in the game was after 29...Kf7. Find out the best continuation for white in the above diagram. White blundered here with 30.d7 and black saved the day with 30...Rxe1 31.Rxe1 g6 and all pressure got alleviated. Bulmaga once again, despite getting very good chances, was unable to convert it into a victory. 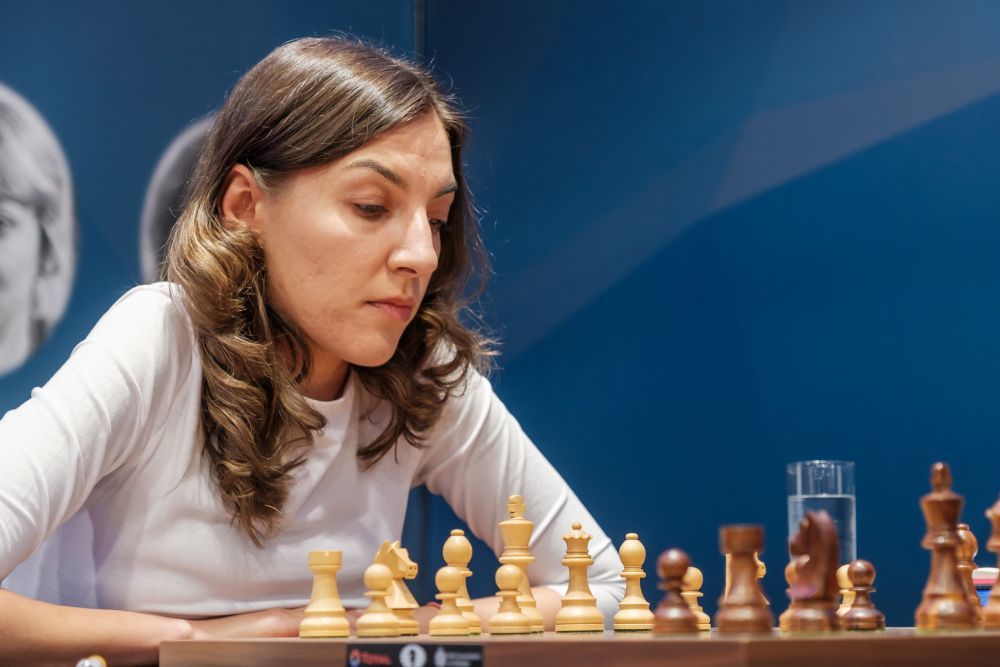 Bulmaga got a lot of good positions in this event but could not convert them into a win | Photo: John Saunders/FIDE

Did you know: Anna Muzychuk has never lost a game against Irina Bulmaga. 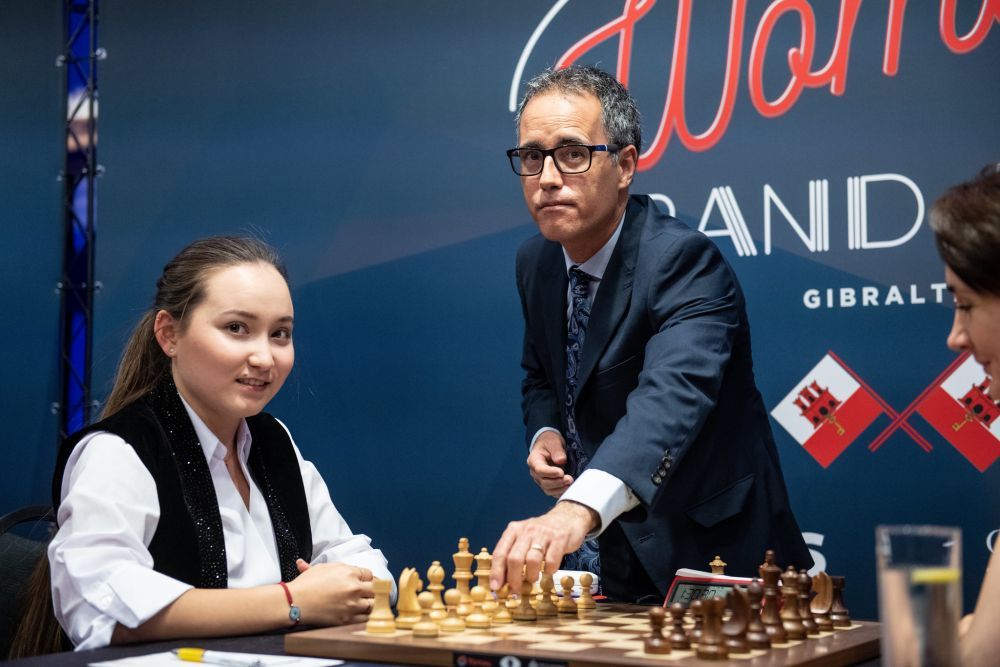 Abdumalik drew with Lagno to win the tournament with a round to spare | Photo: David Llada/FIDE

Did you know: Lagno had won all the games against Abdumalik in an over-the-board tournament, until this draw.

Mariya Muzychuk scored the sole victory of the round against Gunina. 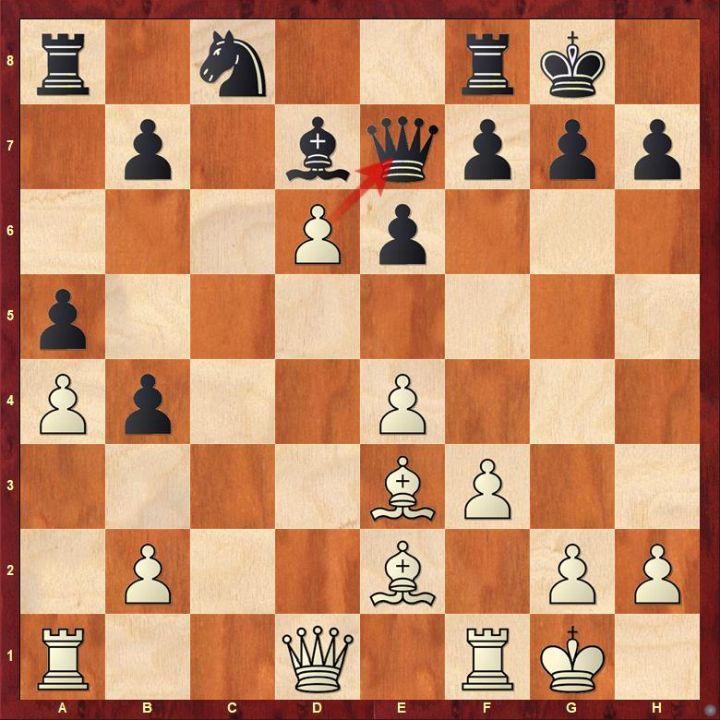 18.d6 gives white a huge advantage as after 18...Qf6 19.f4 e5 20.Qd5 Bc6 21.fxe5 white has a strong pawn center which gives her the decisive advantage. Mariya had no trouble converting her advantage into a victory. 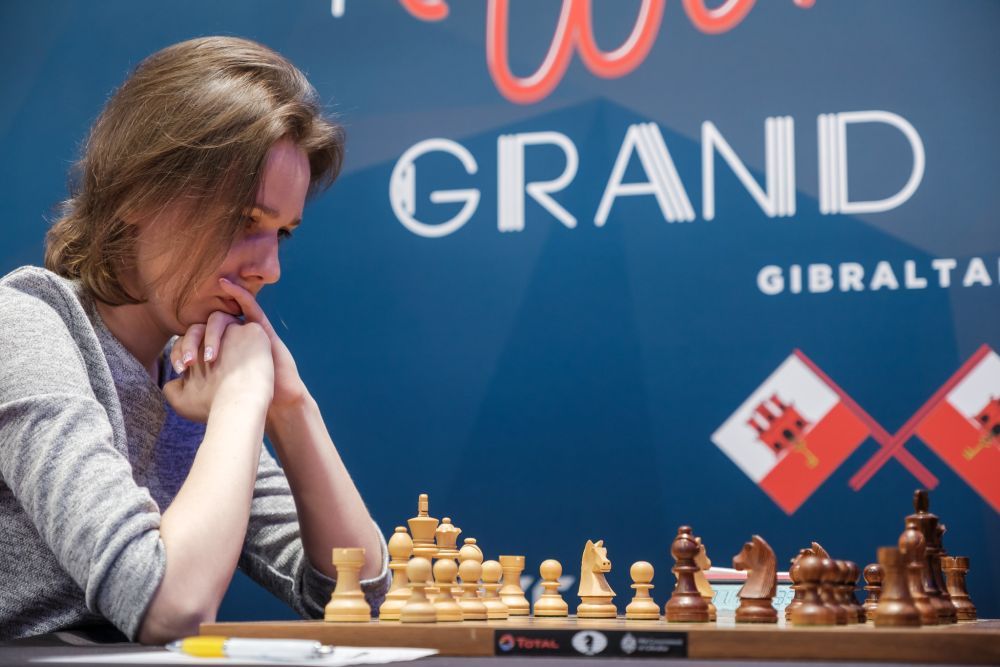 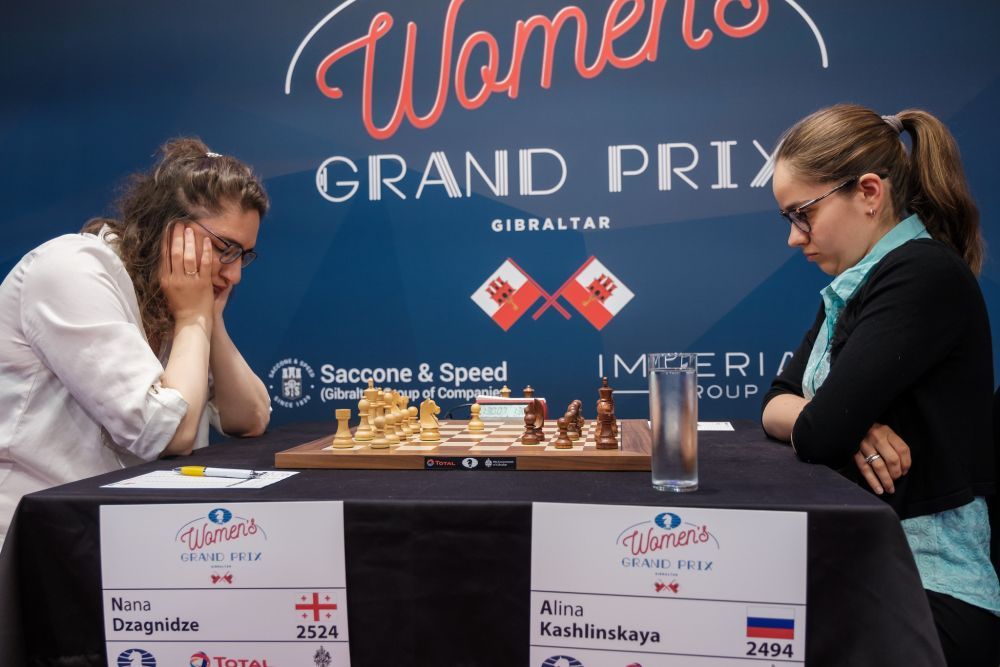 Replay all Round 10 games