Novy Bor advanced to the Final stage of European Online Club Cup 2021 as they finished second in Group B of Playoff stage. The team made three draws and scored two wins to finish second in their group with 7.0/10. Vidit scored the highest for his team with an unbeaten 3.5/5. Navara and Wojtaszek scored 3.0/4 and 3.0/5 respectively. Sasikiran made 1.5/2, Harikrishna and Markus Ragger had a hard time with 0.5/2. Novy Bor will be one of the ten teams to play the Round-Robin Finals starting tonight from 6 p.m. IST.

Harikrishna had a hard time in the Playoffs as he managed to score only 0.5/2. Vidit scored the highest for his team, an unbeaten 3.5/5. David Navara and Sasikiran also remained undefeated. They scored 3.0/4 and 1.5/2 respectively. Radoslaw Wojtaszek scored an important 3.0/4, while Markus Ragger scored 0.5/2. Novy Bor advanced to the Final stage .with a score of 7.0/10, finishing second after Odlar Yurdu 8.0/10. SF Deizisau e.V. is the other finalist from Group B in the Playoffs who also scored 7.0/10. 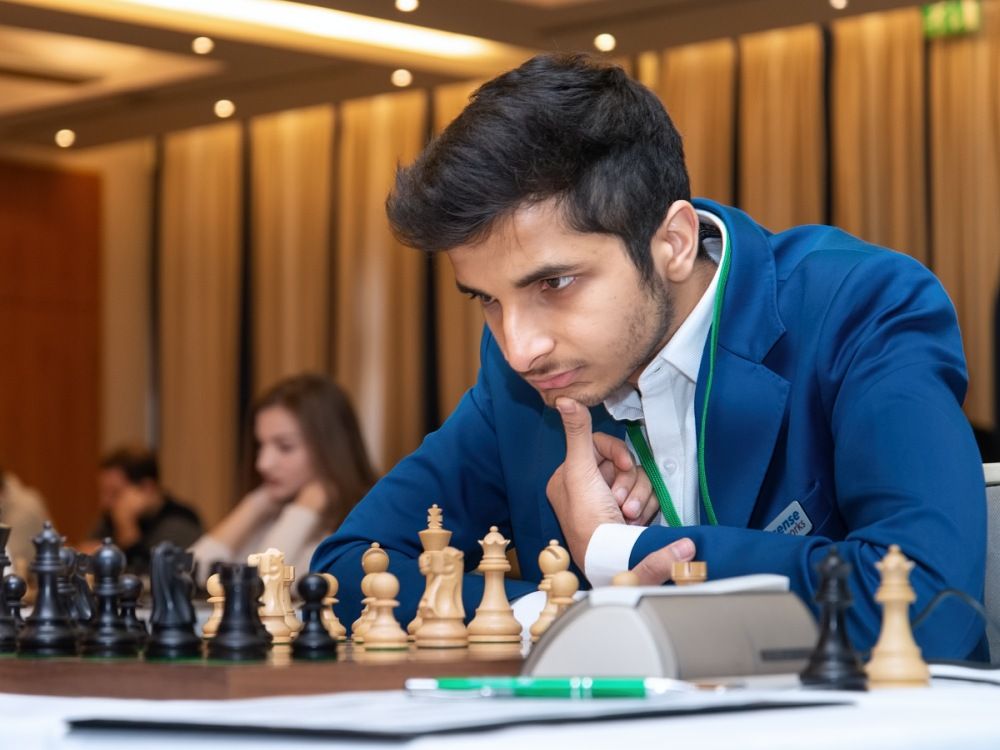 Vidit remains unbeaten and he scored 3.5/5 in the Playoffs
The tournament logo | Photo: European Chess Union

Vidit started his Playoffs with a victory over Germany no.1 GM Matthias Bluebaum. 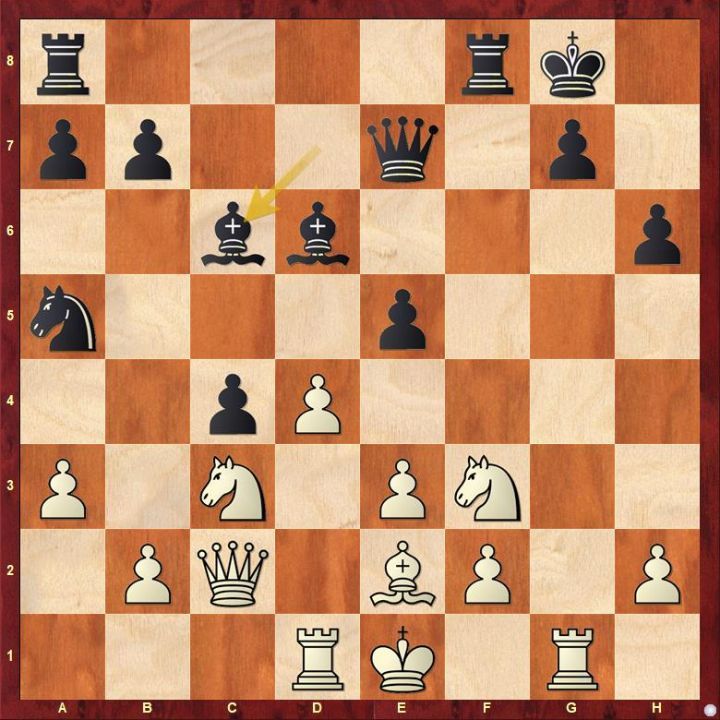 Sasikiran had an uneventful draw with GM Vincent Keymer.

Harikrishna had a winning chance in the endgame against Mamedyarov but he overlooked it. 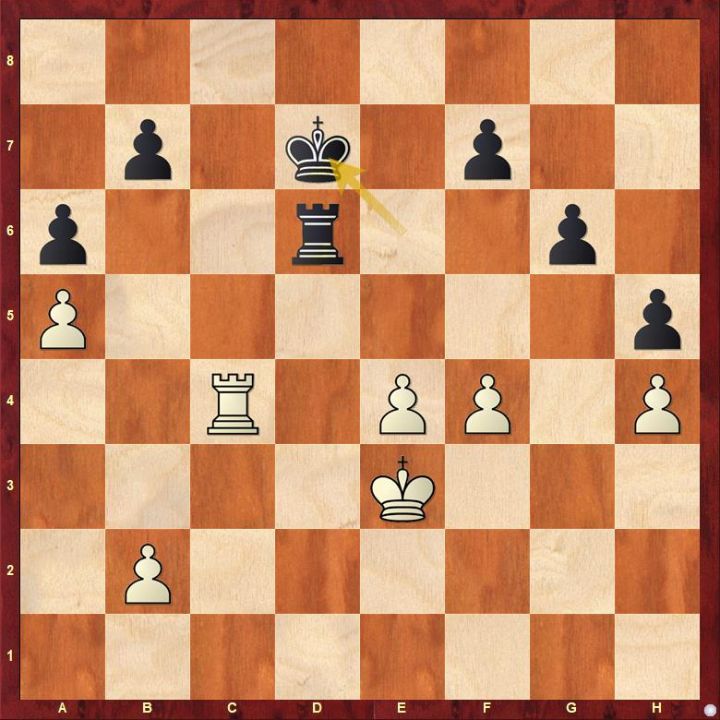 White had only one chance in the entire endgame and it was after 31...Kd7. Find out the winning plan for white here.

Harikrishna made an incorrect recapture when he lost an exchange and things went downhill from there. 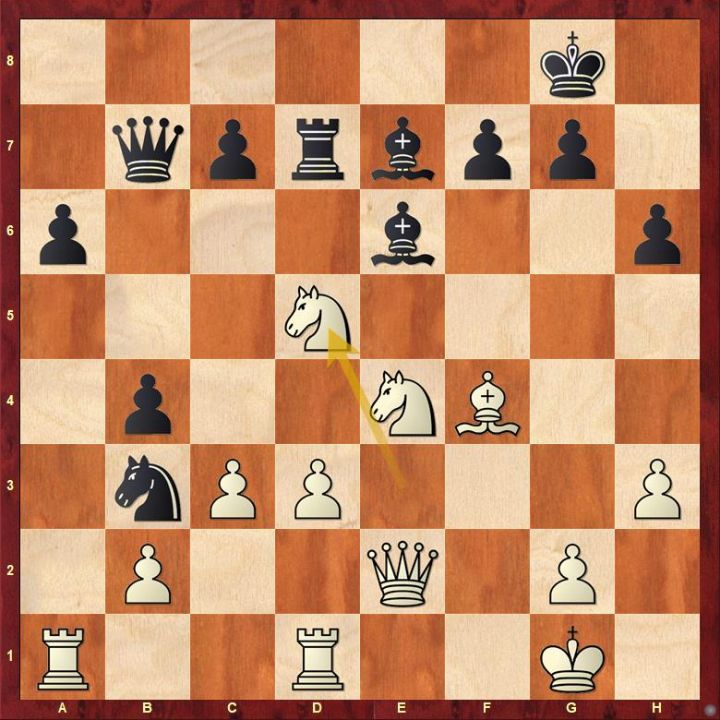 Black lost an exchange with 26.Nxd5. What is the correct way to recapture? After a prolong battle Harikrishna lost the game.

Vidit beat GM Pavel Eljanov in 29 moves. It seems like Eljanov's last move was a mouse slip as he dropped the bishop a square early and lost an exchange which caused him to arrive at a lost position.

Sasikiran capitalized on his opponent's blunder in a seemingly equal endgame. 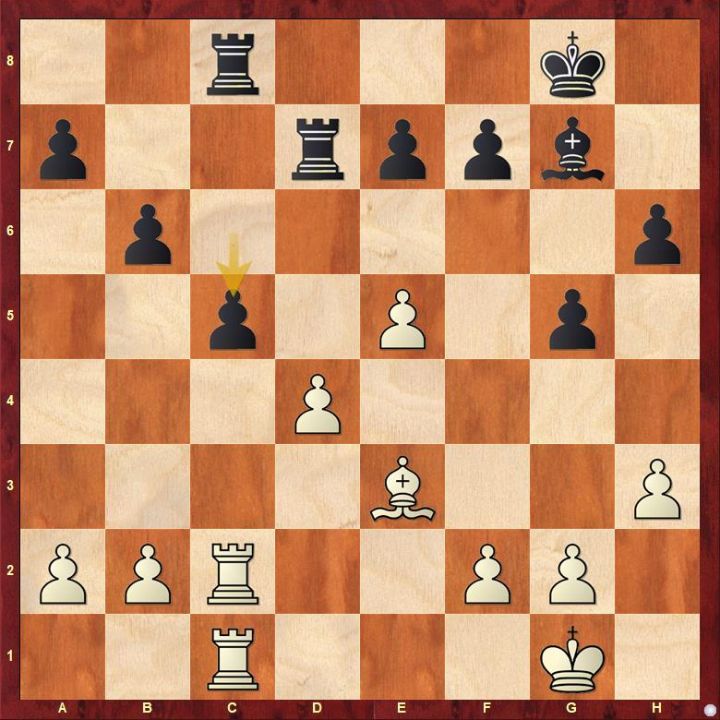 IM Mahammad Muradli held Vidit to a draw in Round 4.

GM Maxime Lagarde had an uneventful draw with Vidit in Round 5.

Novy Bor remained undefeated as a team in the Playoffs

Group B Standings after Round 5

• Qualification phase (27th-28th of March) – Groups consisting of 8 or 10 teams each, play the Robin round event of 7 or 9 rounds. Groups will be divided according to the average rating of the four (4) basic players, with FIDE March 1st, 2021 list taken in account. Two at least teams of each group qualify for Play-offs.

• Play-offs (29th of March) – The qualifiers from the 1st phase. Best ranked 9 teams proceed to the Finals.

Time control of the event is 15 minutes + 5 seconds increment. 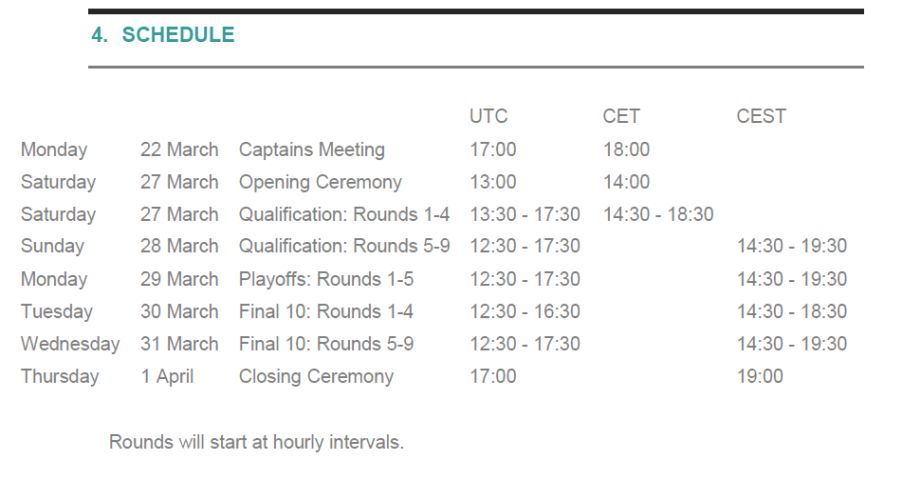 The event is organized by European Chess Union and Monte-Carlo Chess Club, under the high patronage of His Serene Highness Prince Albert II of Monaco.