The colours of Black and White

A week ago when Diwali was being celebrated all over India, we asked some of the top male and female players how the game of black and white has added colour and brightness to their life. Reading about the thoughts of these top players, our young author Avathanshu Bhat went into nostalgia mode and recollected those memorable incidents in his chess career till date. And he has had a full repertoire of experiences to share from the purple of embarrassment to the pink of friendship! After reading this article one tends to ask, is the author really just 12 years old?!

The last few days have been very special for all of us, particularly in the chess world. The top players spoke about colours in their chess world. It was fascinating to read it. I too have some colours in my chess journey. These are the some of the incidents, which may not be so great, but has always been close to me. Some of which are bright and beautiful, and some are dark and dull. After all, these colours make a beautiful rainbow! Isn’t it?

The Purple of Embarrassment

What feeling are you supposed to experience when you have travelled hundreds of kilometres to play a game and you miss the round just because you did not pay heed to an announcement? Embarrassment! Amruta (Mokal) ma’am used to call me a ‘dreamer’ which is exactly what happened. 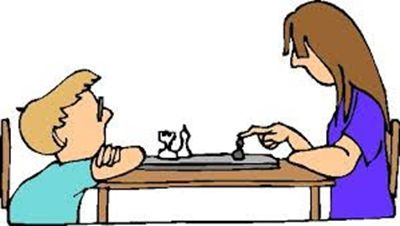 The perfect image to represent Amruta Ma'am and me!

My mom and I set out for the afternoon round to the tournament hall with the pad, pen and all. However, upon reaching we received a huge shock: the games were already going on! Desperate to try not to miss the round we ran to the arbiter and asked him about it. He raised his eyebrows and said, “Madam, the round started at 3 o’clock, an hour ago!” Then we realized I had misheard the round timing and were forced to the leave the hall in the midst of quiet sound of the clocks. Looking at all those players who knew their timings well, I felt so awkward that I ran out of the hall. Stupidity is missing the round while you daydreamed. 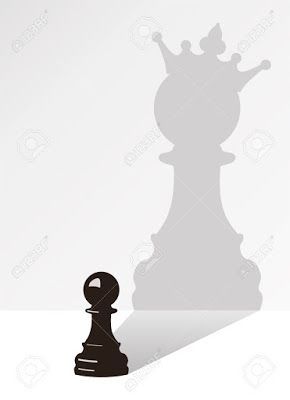 Daydreaming during the game can be dangerous!

The Blues of Truth

This incident is one that I remember vividly, even though it is the oldest. I was playing in World Youth Chess Championship December 2013: my first ever tournament abroad. It was one of my games in the tournament around halfway through when this happened:

The game was going normally. I played a move and left for the washroom. When I came back I realized that something was not right. The position looked different from when he had just played. Doubt entered my mind which soon became suspicion. I checked my score sheet and called the arbiter. Considering how shy I was, it took me quite some guts to call the arbiter, worse to make the claim that my opponent had cheated. At any rate, this was a big claim that had better be justified. 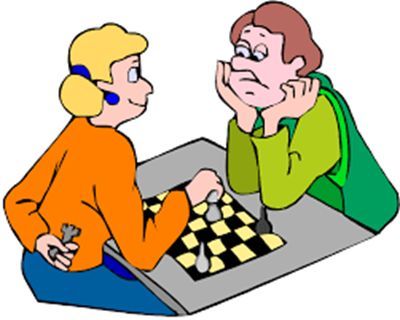 Something sneaky is going on here...

I explained that my opponent had probably changed his move after I went away. I showed him the move I had written. Not convinced, the arbiter looked at the opponent’s score sheet. And that’s when the arbiter caught him red-handed trying to undo his move. He resigned immediately. Truth prevailed!

The Black of Terror

This was one of fate’s most cruel jokes on me. I was playing in Mayor’s Cup tournament in Mumbai against a strong player with a winning endgame. Our game had gone the longest and I think we were the last players in the hall. Suddenly, I could see my mother rushing to the arbiter and I overheard, “Sir, there is a fire in our house, so we must leave now!”

I remember almost falling off my chair. A fire in my house! But it was no joke: I could see my mother trying to look at when the game would end. Knowing that it was a rook endgame and it would go on for longer than we could wait, I decided to resign the game. Upon signing, my mother literally grabbed my hand and we ran! 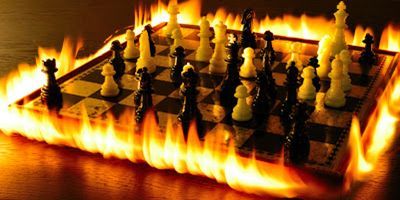 A sad moment I would love to forget...

When we got back outside our building entrance, we could see the media, the fire engines the elevated ladder and of course, an orange glow billowing out smoke. My house was safe. A slight relief. But there was still a very sad mood over the apartment. In all that commotion, I remembered that I could have also played on. But I had bigger things to worry about. One of the saddest days of my life.

The Green of Hopes

We were travelling to Delhi for Parsvnath tournament in the cold month of January. However, bad luck was to strike us once more. It turned out that when we reached our hotel, there were no rooms available! With no choice left, we decided to look for rooms in other hotels. Finally we found a nearby hotel which offered rooms. But even that was not to be.

We were informed that there was no vacancy available at the minute, and it might take some time. My mother checked her watch and said it was fine as we thought it wouldn’t take more than two hours and not too late. The receptionist checked with someone else and said in a very matter-of-fact tone: 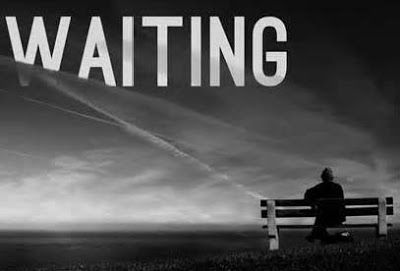 We had no choice but to sit out in an open veranda in Delhi’s extreme cold, waiting for the room after an overnight journey. It was an interesting test of our patience. Daniel King’s Powerplay videos helped me sail through the day! What an amazing day! Finally, the receptionist informed us that our rooms were ready. And believe me, it was one of the finest rooms I have ever seen!

In case you ever get stranded like this. Good to have:

The Pink of Friendship

This was a very precious moment of my life. I was in Switzerland, with my mom and my dad, for a tournament. Or so we thought. Upon reaching the venue (it was beautiful) and meeting the organizer, we learned that it was not a FIDE tournament. It was a casual club tournament. Had we known this, we would not have travelled to that part of Switzerland. But how does it matter when you have a beautiful venue, lovely people and the 64 squares in front of you? Hence, we decided to play. The people were quite friendly to me, partly as I was literally the only kid there and partly because I came all the way from India.

While I waited at my table, a burly man came up to me and took a seat on the chair opposite: my opponent. After shaking hands, he said, “So kid, are you ready to play?” in a friendly tone. He must have been around sixty years older than me. He had a beer can in one hand and a cigarette in the other. I was taken by surprise and nodded and he replied “good to hear!” Not knowing if this was natural, I looked over and saw other boards talking and chatting. Ours was a fun and frolicking game and we took it very leniently. He would occasionally go to get another cigarette or another drink and offered me cappuccino. It was almost midnight but the whole hall was euphoric. I won the game, but the people, and definitely my opponent, won my heart. 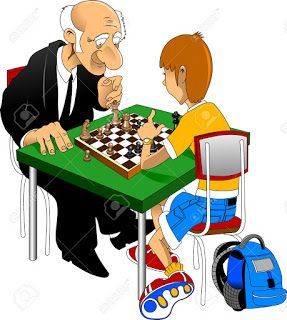 Chess if fun playing with all ages!

I told you, chess is colourful! Anyway, what is the Black and White world without colours to make it vibrant! I presume you all have some of these at times. I would love to hear your stories as well. Put it down in the comments section below!

Avathanshu has started a new series on Youtube trying to spread the game to people who do not have any idea about the rules of chess! In the first part he speaks about the chess board and how to setup the pieces. We hope that you enjoy the video and subscribe to the ChessBase India Youtube channel.