170 km away from the capital city Bhubaneshwar, Odisha is a small village called Chudamani. This is where a talented lad, and India's latest International Master is from. There was absolutely no chess culture at that place, but Sidhant Mohapatra braved all the odds and made a name for himself in the chess world. ChessBase India's youngest author Avathanshu Bhat caught up with him and did an interview. We present it now to you and this will help you to get to know the champion from Chudamani better. 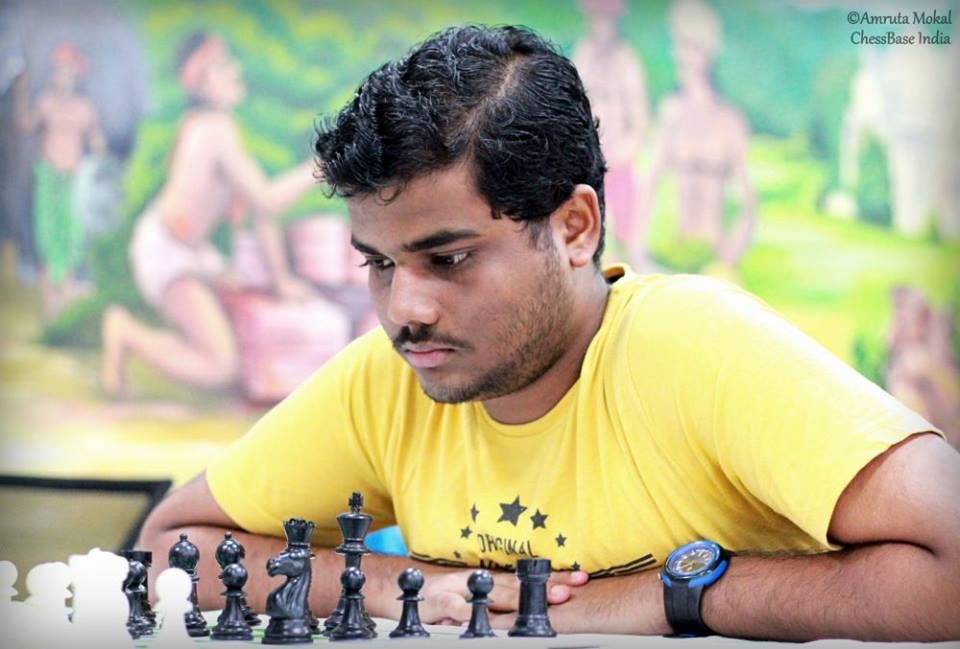 Avathanshu Bhat (AB): Congratulations! Coming from a small place like Chudamani, it was a tough journey, wasn’t it?

Sidhant Mohapatra (SM): Thanks :). Yes, it was really a very tough journey. And I must say Chudamani is not a small town, it’s a typical village area! If you look for Chudamani in the map, it will show you a small area near the Bay of Bengal. Bhubaneswar, the main city of our state where all the chess players stay, is around 170 kms from my place. So, going there to playing training games or practicing together was very much difficult for me. So, yes basically the journey was quite tough but I learnt a lot of lessons from it.

There lies the village that is Chudamani...

AB: I’ve heard that you learnt how to play this game by playing against your sisters with a toy chessboard that came free with a health drink packet :) Is this true?

SM: I don’t know where you found this out but it's true. It was in the year 2004 when if you buy “Horlicks” you get a chess-set free with it. I was a very naughty kid; I would always be running and hiding and would be troubling my mother. So, to make me sit in one place, my father taught me and my sisters the rules of chess. And I got attracted to the game. After learning the rules, me and my sisters used to play against each other and I would be winning most of the games (they stopped playing chess after that). And then after a week I started winning against my father regularly. So that’s how it all started and I still am a big fan of “Horlicks” 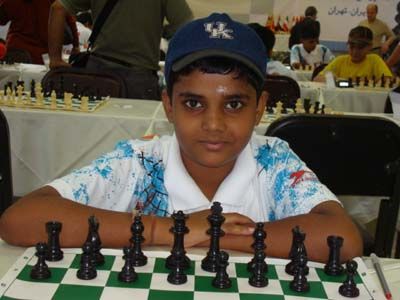 After all, little boy Sidhant needed to be "taller, stronger, sharper"!

AB: It is never easy when it comes to coaching. It doesn’t come cheap. How did you manage? How was your talent ‘unearthed’?

SM: My house is quite far from the main cities. So, when I was a kid I used to stay in the hostel of S.R. Chess Centre with Rabindra Kumar Ojha (a very experienced chess player and coach in Odisha), a tutor in the center. Staying there helped me a lot. I had the access to the chess library. I could read and study many books and I could play practice matches with other strong players. It improved my game a lot.

Then after some years I went to R.B Ramesh for few camps but couldn’t afford them regularly due to the financial problems. Our state association organized two GM coaching camps with GM Farrukh Amonatov in the year 2013, which was immensely helpful. But after that, I was on my own for almost three years because there were no good trainers in my state and I had to go to another state for training, which was obviously quite expensive. During these days Swayams Bhai (Swayams Mishra) was always there to help me. He was like a big brother and mentor. 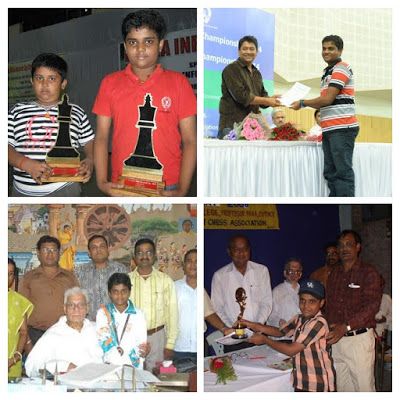 Champion Sidhant in the making!

SM: Actually, I have played few open tournaments abroad. I never had, and still don’t have any sponsor. So, it was very difficult for my father to send me abroad to play in tournaments on his own as we didn’t have a good financial status. Hence, I relied mostly on the tournaments in UAE which were a bit cheaper. 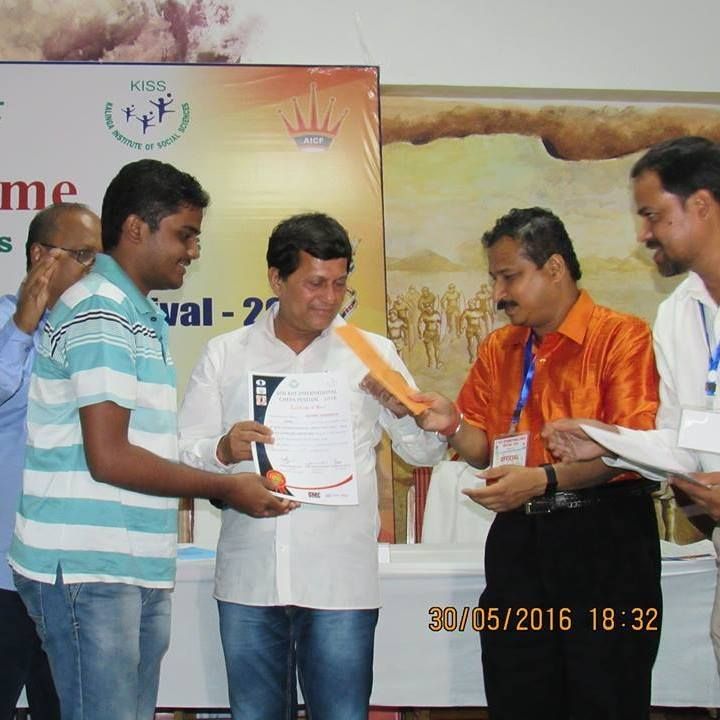 One person who has helped Sidhant tremendously in his chess career is Dr. Achyunta Samanta, the founder of Kalinga Institute of Information Technology (KIIT)

AB: Do you have any memorable incidents?

SM: Yes, it was during the Dubai Open this year. I was paired against GM Salgado Lopez. There was a rest day before the round. After I checked the pairing, I searched for his games in the database and I found out that he is playing almost everything against 1.e4, which is quite obvious for a guy who is above 2600 for many years. So I immediately messaged my coach and asked him what I should do. And on the next day, which was the free day, I with my roommates went to visit the Dubai Mall and the Burj Khalifa. By the time we returned, it was already around 8 pm and I was very tired. After some time I got a message from my coach, asking me what I had seen on that day and I replied that I was out the whole day and now I was very tired. Of course, he wasn’t pleased to hear that. He told me that tomorrow you are playing against a guy, who is playing almost everything and today you went out. He was correct as I could not finish preparing against him. And before the game, I was cursing myself that I should have prepared on the rest day. But I won that game and beating a player like him was always memorable.

AB: And who was that coach you are talking about?

SM: GM Vishnu Prasanna! Since last year I have been working with him. He is a great player and a better coach. He brought the confidence back in me. He brings out a lot of positivity in me. I learned a lot in my camps with him. We normally have a camp every 3-4 months. And besides that, I play training games with my friends, which are equally helpful as well. 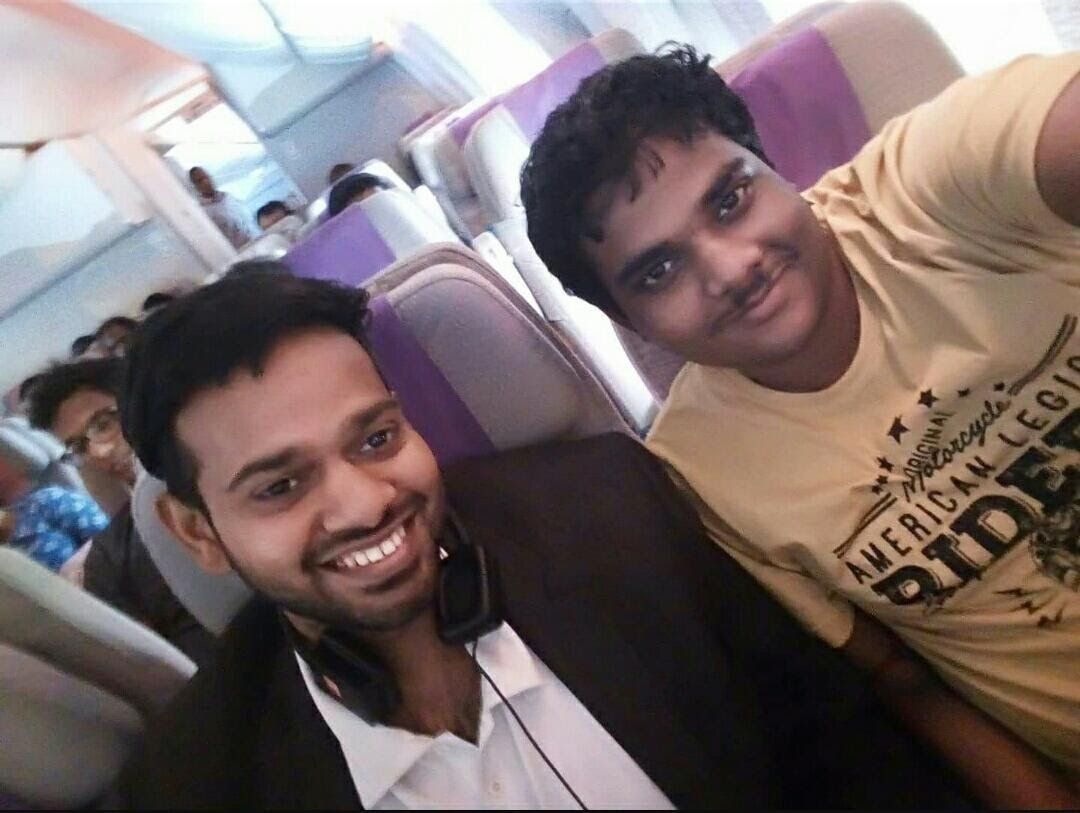 What else does one need when he is by his coach? With GM Vishnu Prasanna.

AB: What do you do in your spare time?

SM: In my spare time, I like to watch movies or anime, listen to songs and go out with my friends. But most of the time, I would be sleeping. 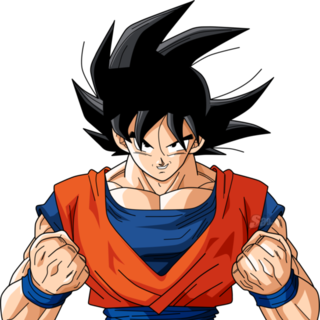 AB: Which particular player do you idolize and why?

SM: I like Bobby Fischer’s game a lot. I like the way he handles the position and craves for activity. The way he plays the Spanish Opening. The love for light-squared bishop. His endgame magic with Taimanov. His love for chess. The attitude to win (Sac, Sac, Mate!). And the fact that when I was a kid most of the books I read were about him. 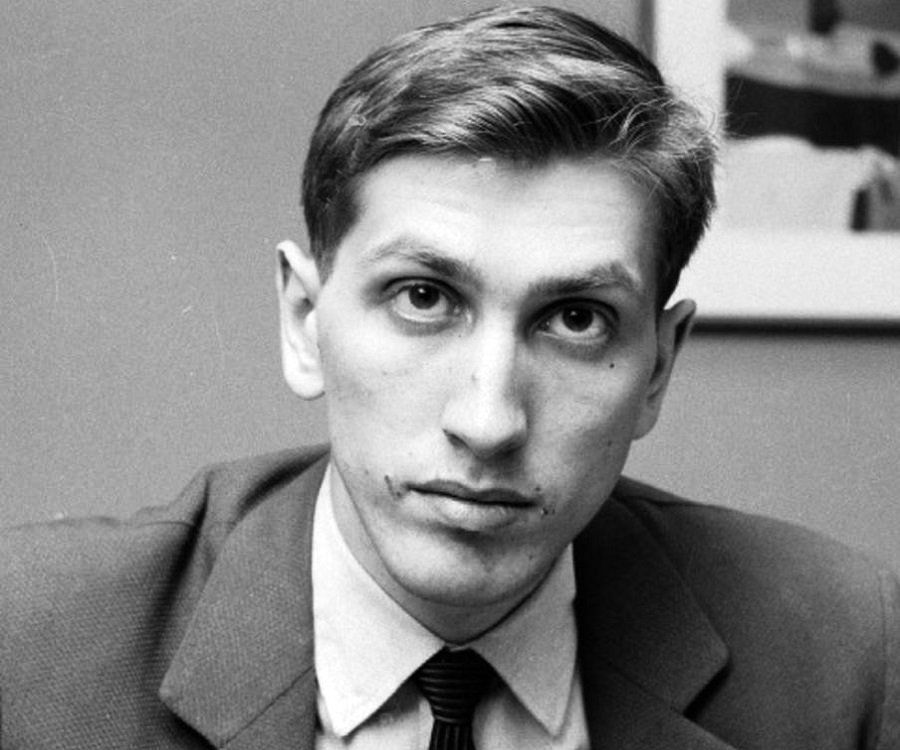 The legend who inspired Sidhant.

AB: You have inspired many chess players from small towns. A word of advice?

SM: Well I would like to say to them that, there is nothing impossible in this world if you work hard and believe in yourself. 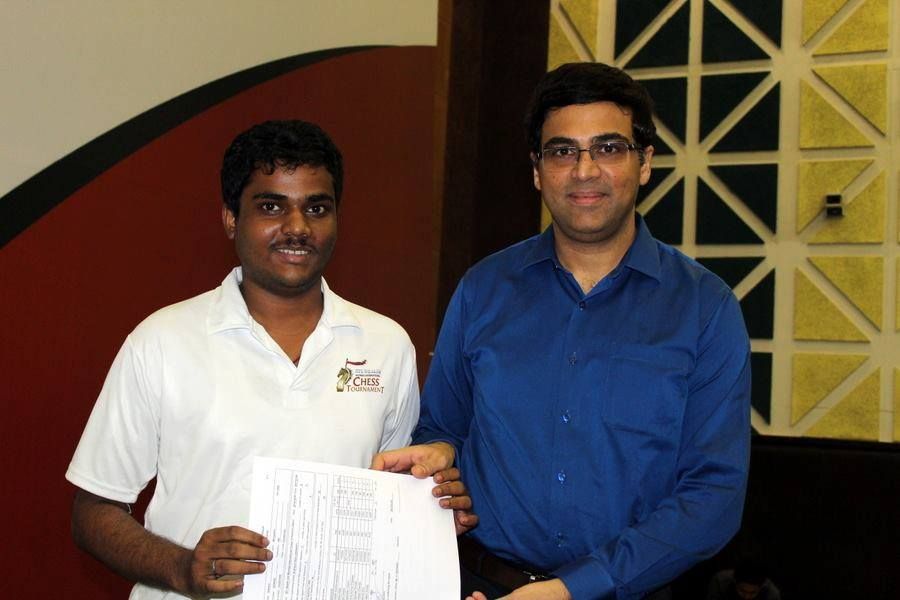 ...and you'll get here someday!

This game of Sidhant vs GM Srinath Narayanan, where Sidhant got his second IM norm, is a truly beautiful Sicilian Najdorf! But wait, there is more to come...

Thank you for joining us on this interview. Congratulations once again! We wish you a pleasant future ahead.