Top seed Sethuraman made three consecutive draws between round four and six, which put him 1.5 points behind the sole leader Aram Hakobyan 6.0/6. However, Sethuraman showed his strength and won the last three rounds including a win on-demand in the final round to beat Hakobyan and win Ciutat de Barcelona 2021 Open. Things would have been different if Aravindh lost his final game against Yuffa in the last round. Aravindh showed his tenacity to salvage a draw ensuring Sethuraman wins the tournament on tie-breaks as both him and Yuffa finished at 7.5/9. Five players finished at 7.0/9. Karthikeyan Murali and Aravindh were placed third and fifth according to tie-breaks. Photo: Catalan Chess Federation

Sethuraman S P has done what he does best, that is win on demand in the final round to clinch Barcelona Open 2021. He won a trophy and €5000 for his efforts. Karthikeyan Murali finished third. He also received a trophy and €2000. Aravindh Chithambaram made a brilliant save in the last round to spoil it for his opponent Yuffa and secure fifth place. 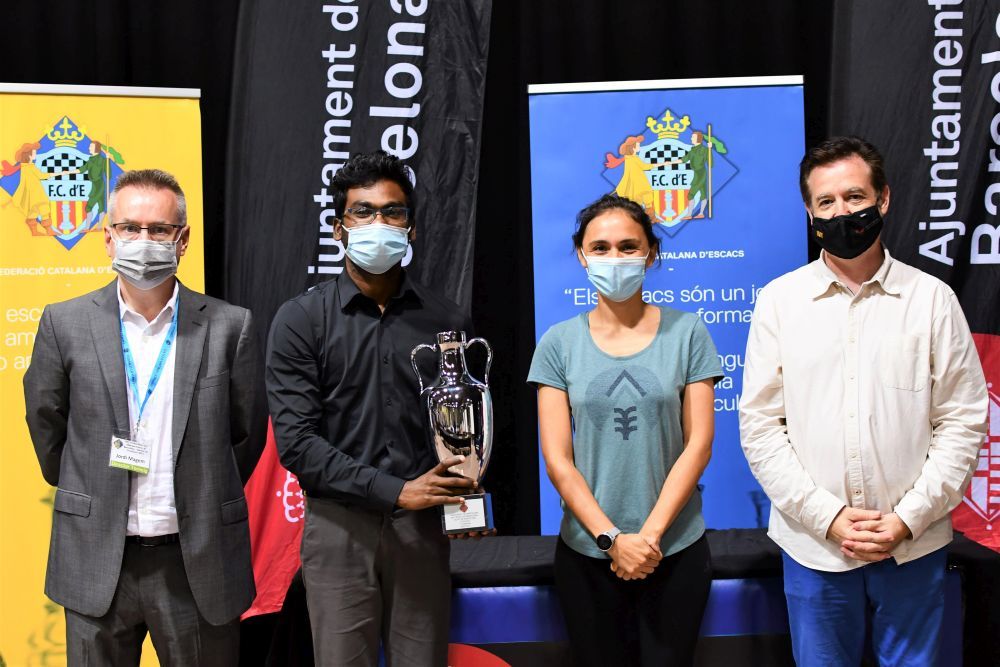 Sethuraman tweeted the following on his victory

Karthikeyan attempted to launch an attack on the kingside, but his pieces were not placed well enough to cause a dent against GM Aram Hakobyan (ARM). 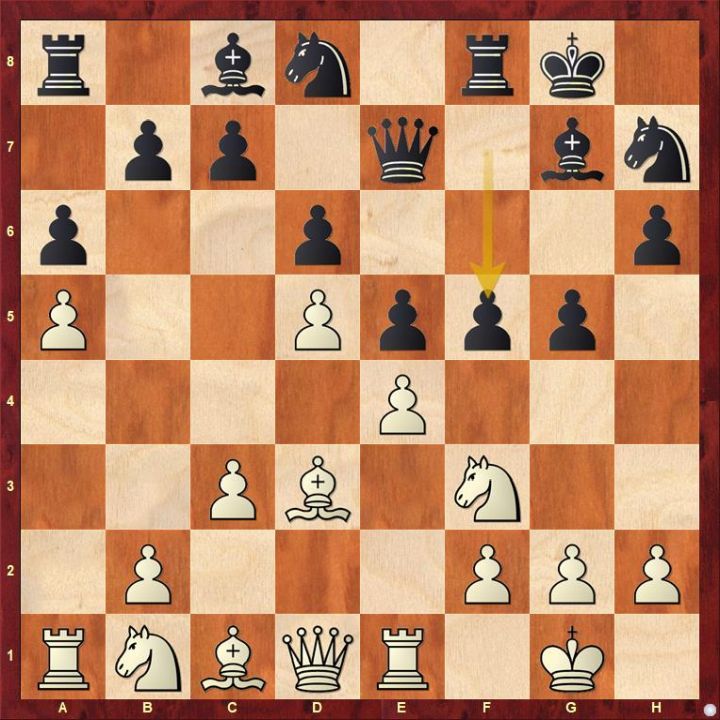 14...f5 is a thematic break but the bishop's misplacement at g7 instead of a7-g1 made the attack less effective. Perhaps 14...g4 followed by h5 was a better alternative, which keeps black's light-squared bishop and white's d3-bishop remains blocked. Hakobyan went on to win the game and extended his sole lead by a full point 6.0/6.

Sethuraman was completely winning in the sixth round against GM Vladimir Hamitevici (MDA). However he probably missed the win in the endgame due to time scramble. 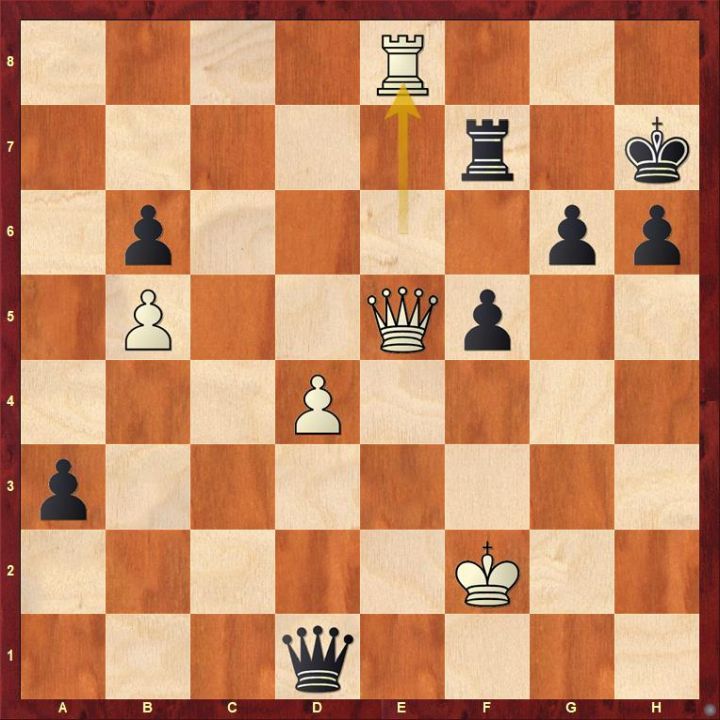 White is making a checkmate threat at h8. 51...Rg7 is also winning for Black, however you have to find the correct plan after 52.Rg7. Find out the winning idea for Black here. 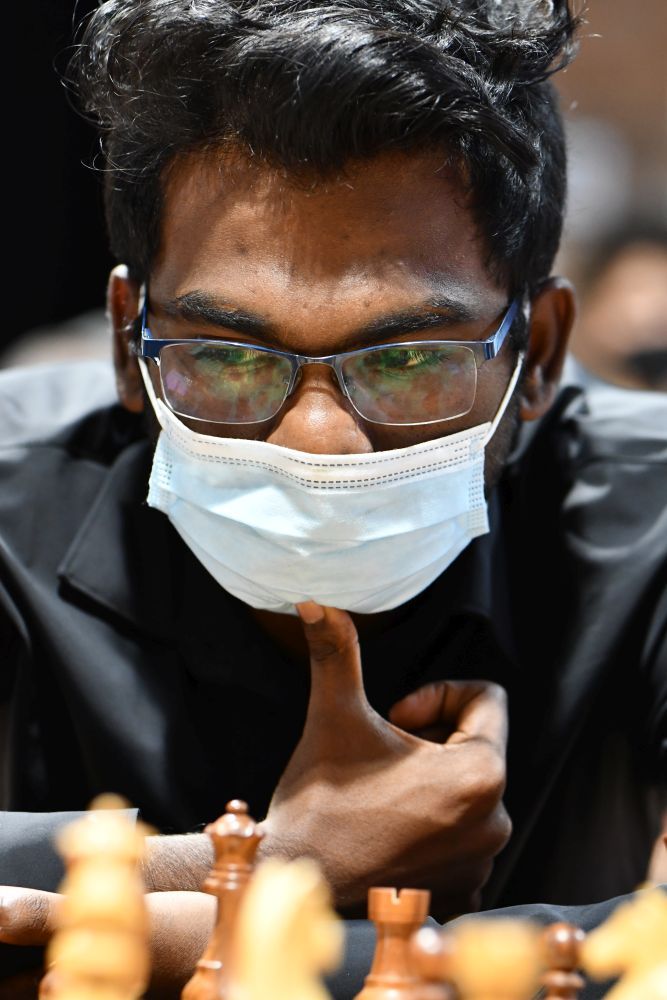 Sometimes you have to keep fighting till the end and not give up. GM Aravindh Chithambaram showed his never-give-up attitude against FM Tom O'gorman (IRL). 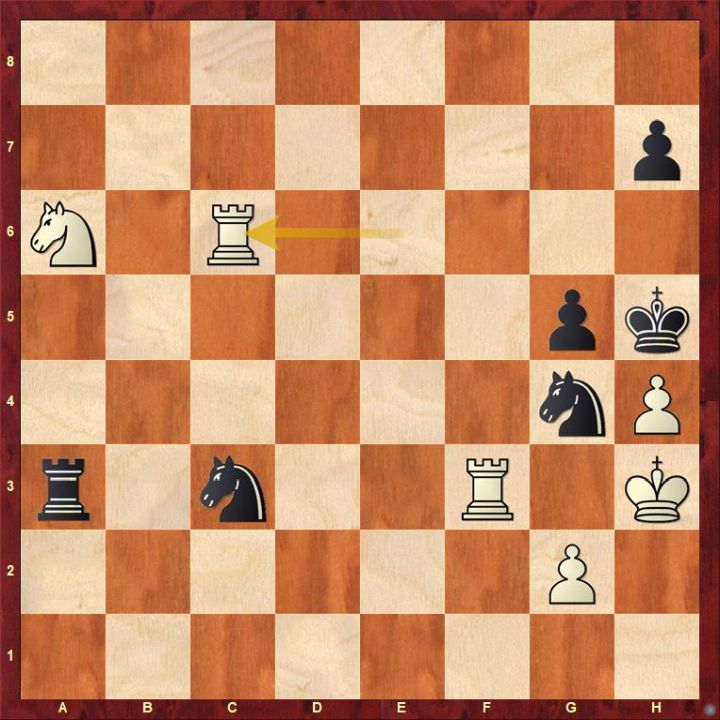 Black was completely lost for the better part of the endgame. However, White blundered 50.Rc6 which allows Black to get back in the game. Find out how.

Sethuraman launched a devastating attack on the kingside after Visakh N R made an incorrect pawn exchange. 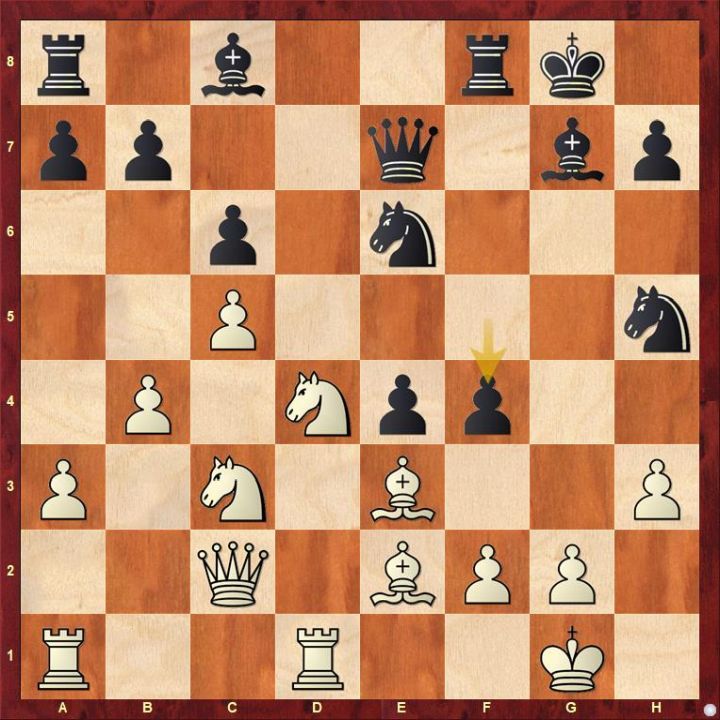 There is no good defence for White here. 17.Nh2 could have reduced the damage. 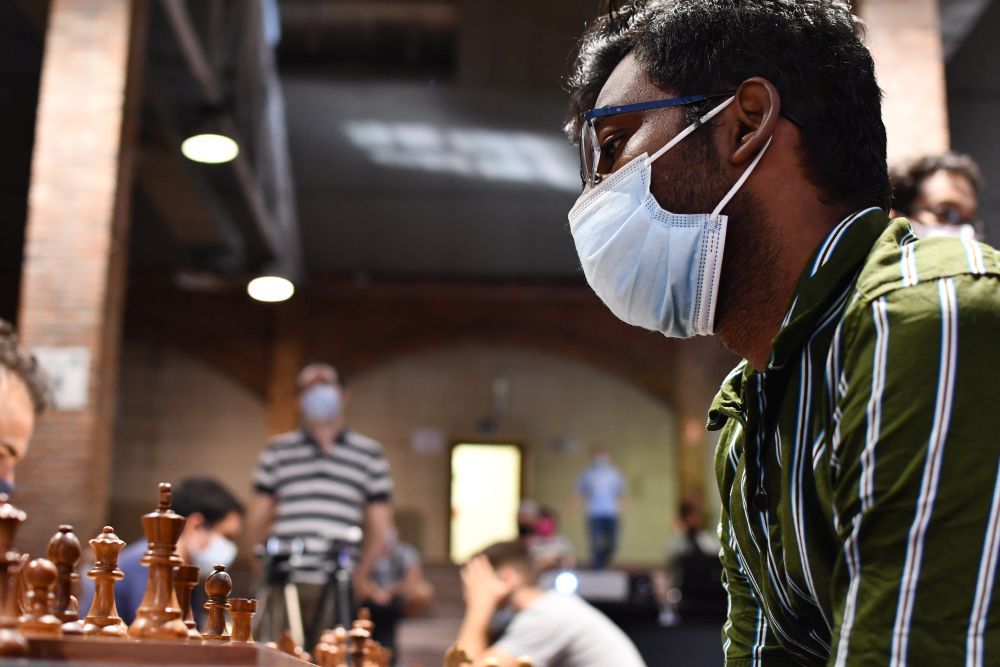 There are some tactical patterns one must know to be alert and execute them when an opportunity arises. Aravindh Chithambaram found himself a tactical opportunity against GM Josep Manuel Lopez Martinez (ESP). 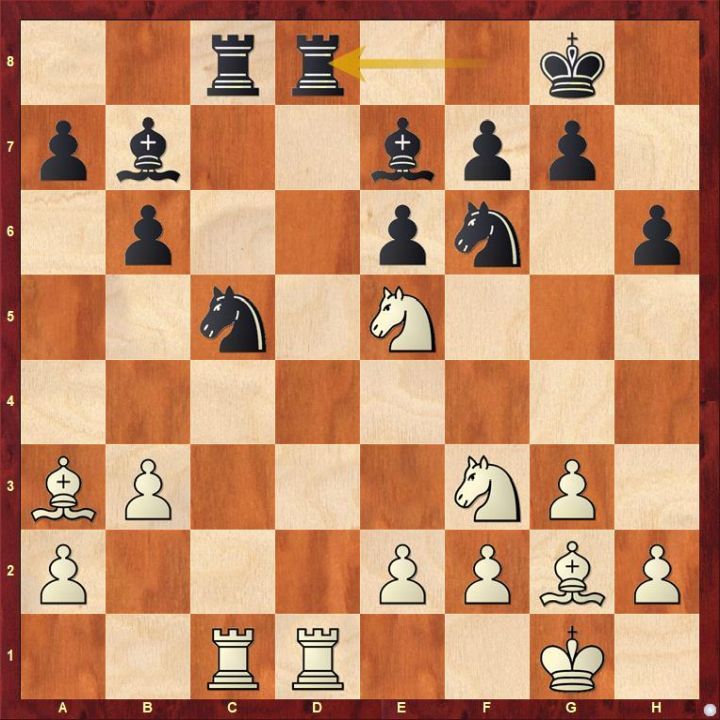 16...Rfd8 is a mistake. How should White capitalize on it?

Aravindh once again showed his resourcefulness as he saved the game from a lost position after his opponent Yuffa misplayed in the final moments of the game. 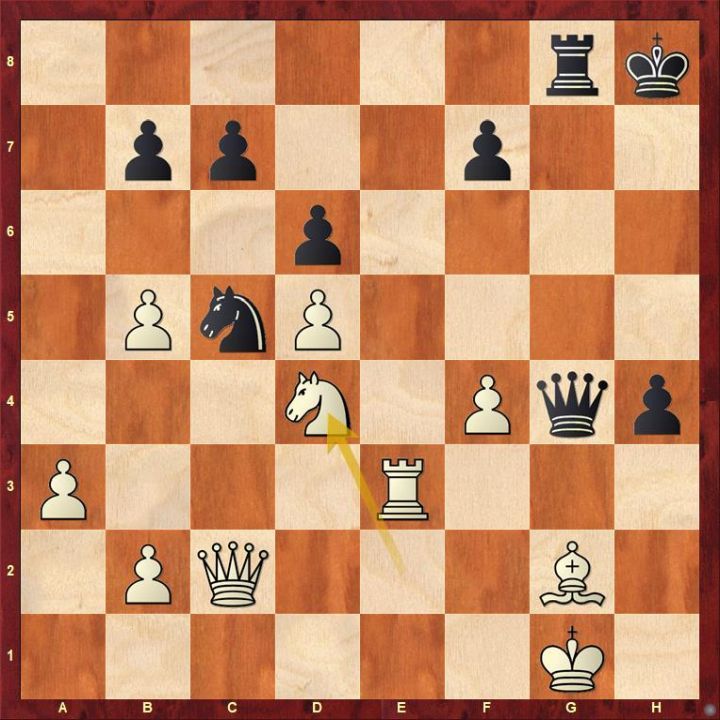 White could have won the game if he opted for 35.Nc1 instead of 35.Nd4. Find out the key difference between them and also how can Black make a comeback in the above position.

Hakobyan's woes continued as he lost his second consecutive game of the event and this one cost him a podium finish. 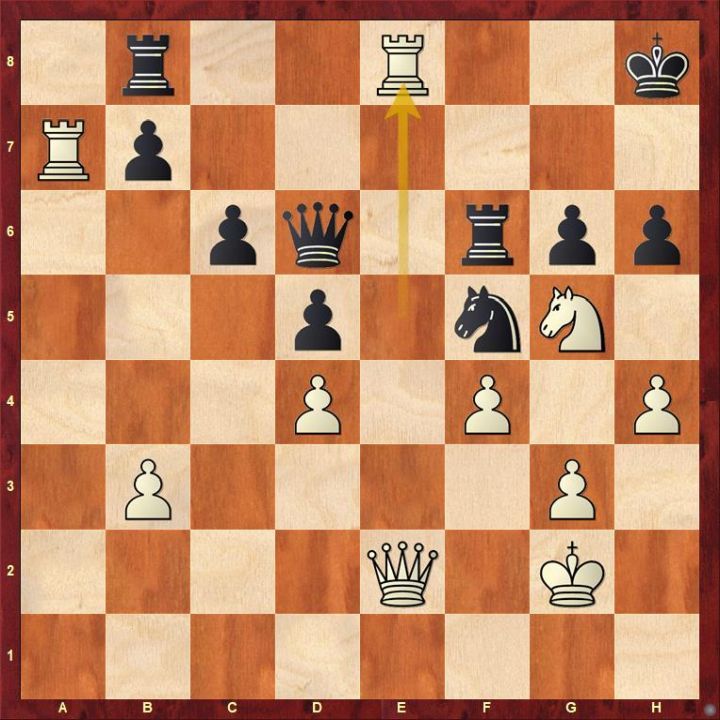 Black's only move in this position is 39...Kg7. Both 39...Rxe8 and Rf8 are completely lost for Black. Find out why. This win, combining with Aravindh's draw against Yuffa in the final round, helped Sethuraman clinch the championship. 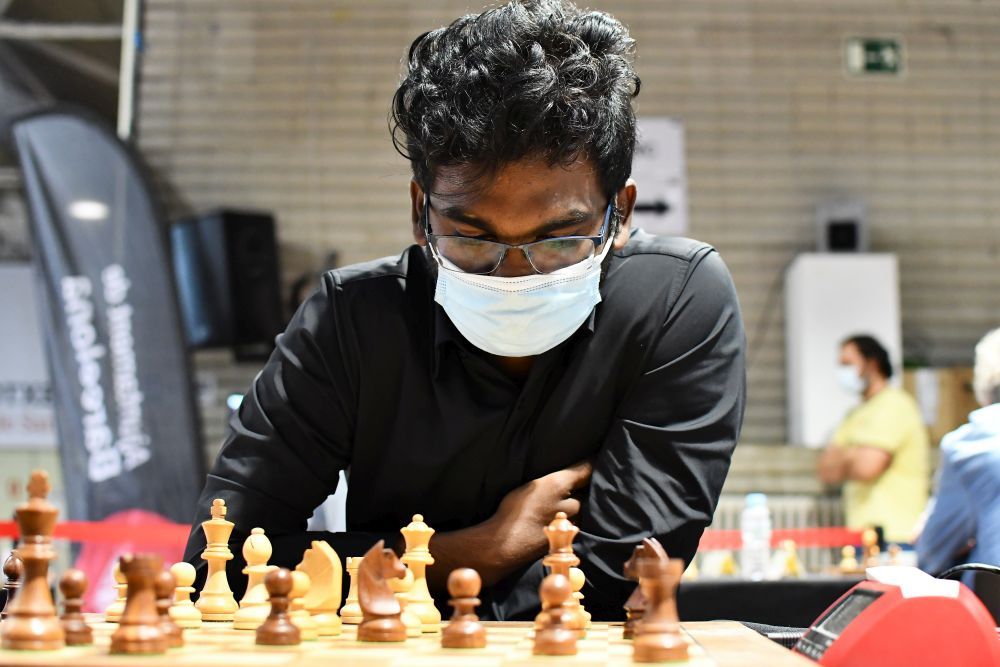 IM Vaishali made an incorrect decision at a critical moment against GM Karthikeyan Murali. 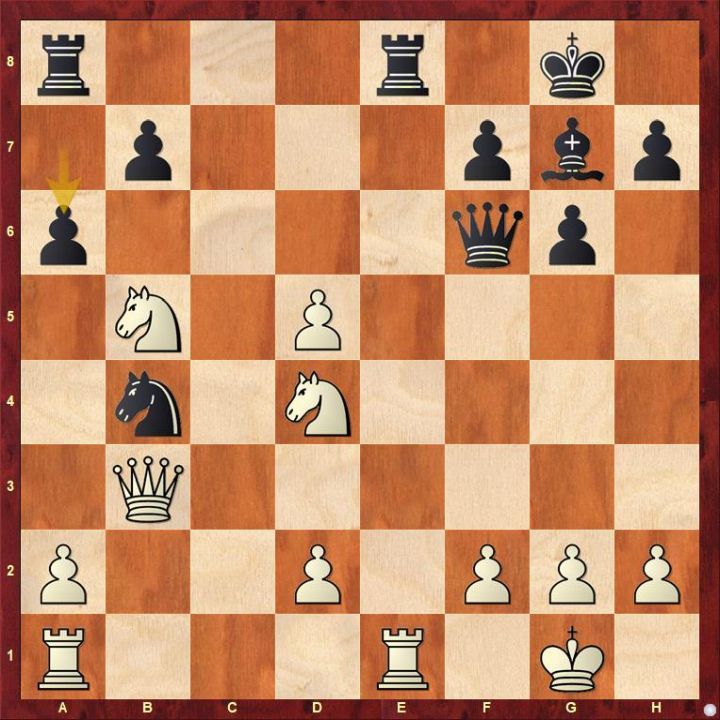 White needed to take the b4-knight here. Vaishali opted for 17.Nc7 which caused her material deficit. After 17...Qxd4 18.Nxa8 Rxa8, White could not overcome it for the rest of the game. 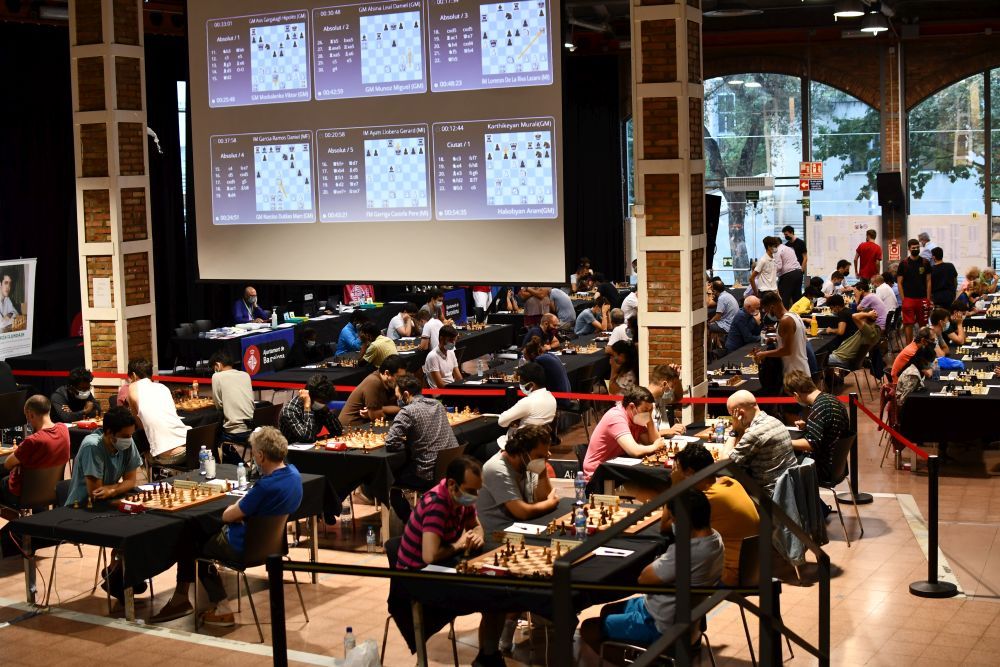 Manmay Chopra scored an impressive 8.0/9, remained undefeated and finished a half point ahead of the competition to win the Group B. He received €500 and a trophy for his efforts. 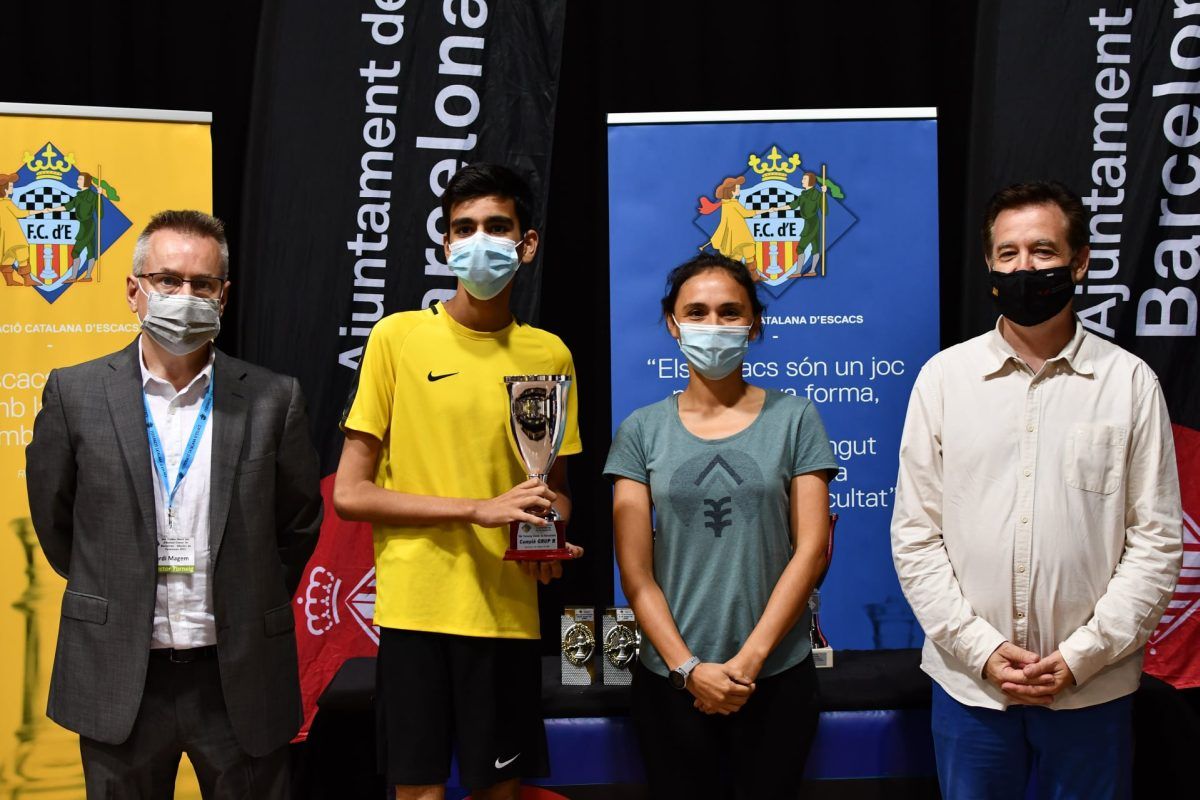