GM Surya Shekhar Ganguly, following his loss in the previous round, came back with strongly with a win over the top seed of the tournament, Wang Hao, while the number of tournament leaders dropped from eight to two. The other leader to retain his lead going into the penultimate round was Iranian GM Amin Tabatabaei who defeated SP Sethuraman on board four. Meanwhile, Vidit Gujrathi agreed to a short draw against GM Nodirbek Abdusattorov and slipped down a spot on the leaderboard. In the women's group, Padmini Rout continued her stronghold over the event despite her quick draw. With just two rounds to go, she continues to lead by a full point. Round 7 report.

And then there were two

Ups and downs are a part of Swiss tournaments. Leaders often change hands. One loss could become devastating, one win could prove crucial or a draw could make all the difference. The Asian Continental Chess Championship is no different in that sense. Players come forth and are pulled back like waves on a beach with each passing round.

In round six, Vidit Gujrathi had brought down GM Surya Shekhar Ganguly, the sole leader of the tournament. The consequence: Ganguly was caught by seven players in the tournament lead. It was only fortunate for Ganguly that Wei Yi had not won his game, or he would have slipped down to the second spot. One more round has passed after that, and only two of the eight tournament leaders have managed to retain their lead -- GM Surya Shekhar Ganguly and Amin Tabatabaei.

For Ganguly, this was a much welcome victory after his previous round loss since not only did he strike back immediately after a loss, he also brought down the top seed of the tournament, GM Wang Hao, in this game.

The matchup between the two was the premier encounter of the round. Both players had gone toe-to-toe for the most part in an Italian Opening but soon, white's pawn broad pawn center began to look vulnerable. 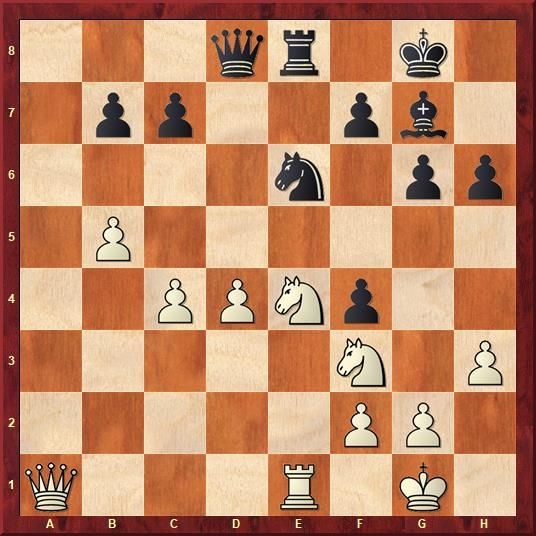 25.Ned2 is the first choice of the computers here. The opening of the 'e' file keeps white's d4 pawn immune from capture as the e6 knight is now pinned. But Wang went after black's f4 pawn here with 25.Qc1. There followed 25...Nxd4 26.Qxf4, and now, it's the white knight that fell prey to the pin along the 'e' file after 26...f5! The game went on for seven more moves before Wang decided to throw in the towel. 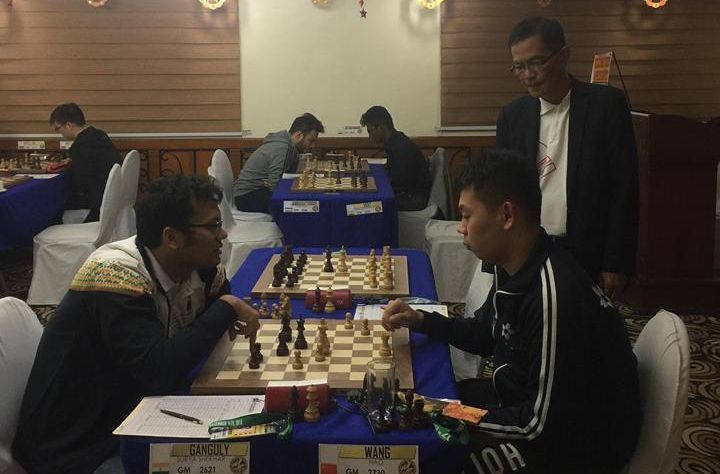 Board four produced the second decisive result among the clashes between the tournament leaders. Here again, the players had matched every wit of each other well until the endgame when things began to go wrong for Sethuraman. Sethuraman, who had the black pieces, possessed a well-advanced pawn majority on the queenside. In an attempt to get his pawns rolling, however, he ended up giving away all of his queenside pawns. In the pawn race that ensued, Tabatabaei managed to stymie black pawns while his own pawns marched up the board decisively. 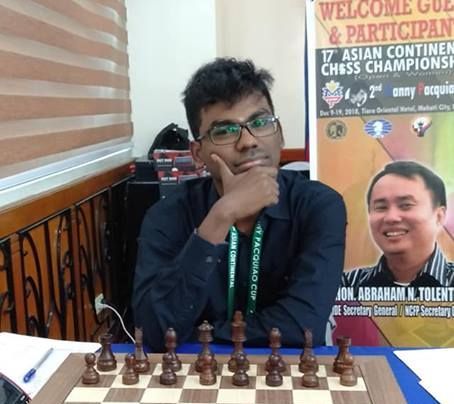 Sethuraman SP slipped down to the 10th place on the leaderboard after his loss to Amin Tabatabaei | Photo: Genghis Imperial 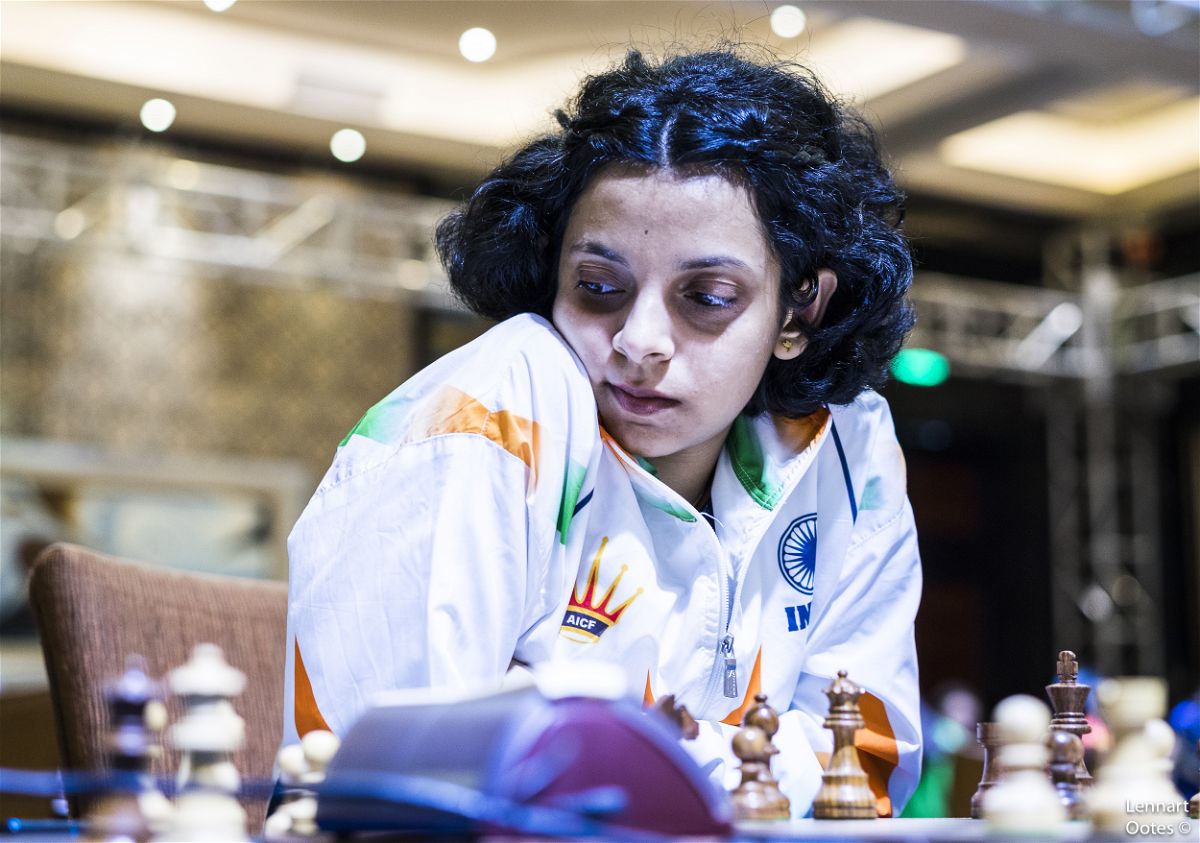 In the women's group, IM Padmini Rout decided to tread lightly and agreed to a short draw against Chinese IM Guo Qi. With just two more rounds to go, she has maintained a full point lead over her nearest rivals. | Photo: Lennart Ootes (archive)