Nielsen on ten years of Mexico 2007 (R09): Nothing against the Marshall, yet Anand leads by a full point

After his round 8 draw against Gelfand, Vishy Anand was in a half point lead over the field at the Mexico World Championship 2007. In round 9 he was up against Levon Aronian. Anand opened the game with 1.e4 and Aronian replied with the fashionable Marshall Gambit. Did Anand have anything up his sleeve? Well, team Anand had come up with a new idea of retreating the rook to e2 followed by f3 and Kf2. This all looked pretty artificial and within a few moves the peace treaty was signed. Not a great result for Vishy, but on the bright side, both his main competitors Gelfand and Kramnik suffered losses to Grischuk and Morozevich respectively and Vishy raced to a full one point lead over the field!

In round 8 Anand had drawn his game with the black pieces against Gelfand. He had a half point lead and in round 9 he was up against Levon Aronian. 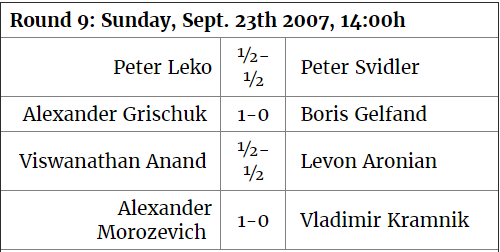 Vishy Anand at the start of his game against Levon Aronian 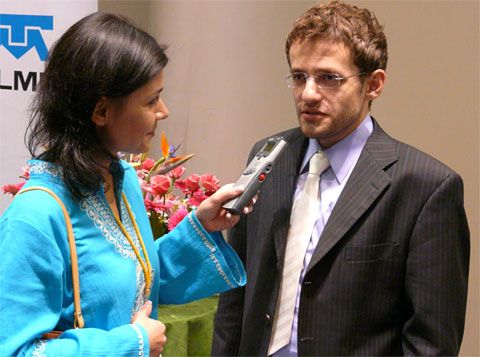 Aronian played excellent chess, found a key idea and Vishy had no chances to play for a win 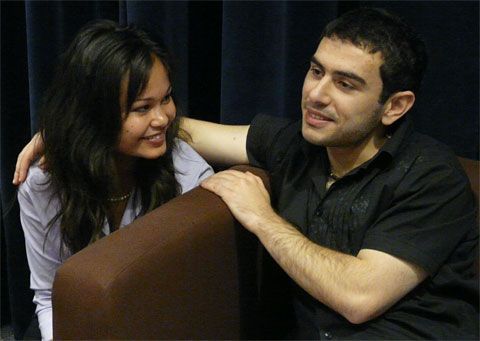 Arianne Caoili, who was Aronian's girlfriend back then, and now his wife along with Gabriel Sargissian, Levon's second 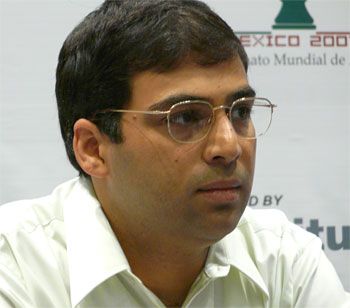 Anand isn't too thrilled with a draw 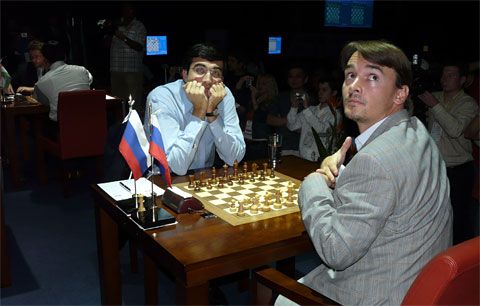 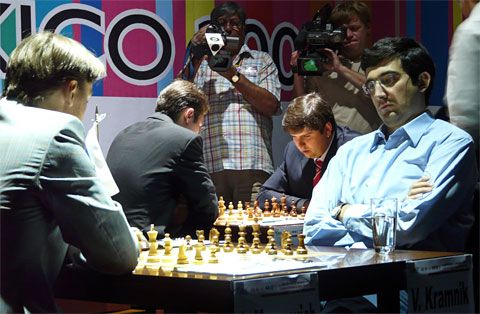 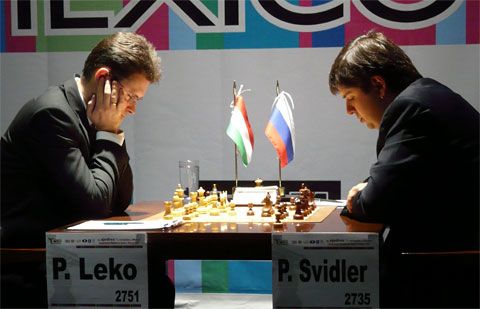 The two peters involved in a sharp Sicilian Najdorf. The game ended in a draw. 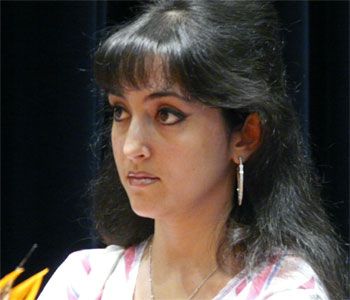 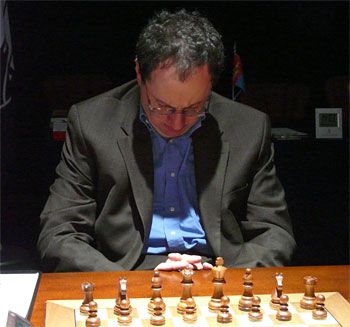 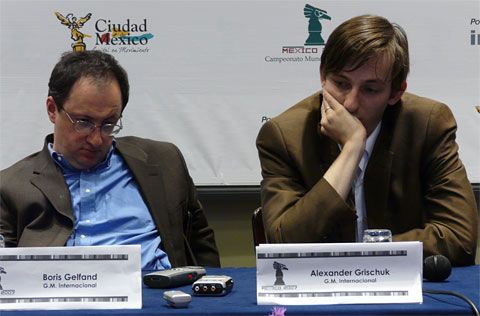 The picture says it all! 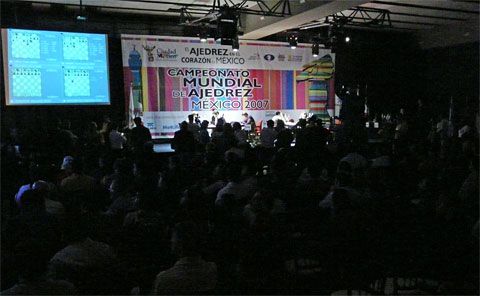 The hall that day was filled with spectators.

Because of Gelfand and Kramnik's loss, Anand now had a full one point lead over the field.

"Aronian was one of the favourites, and very well prepared opponent, however at this point, I would say in the tournament he was not one of the favourites any more. He had this bad start against Vishy, he had to gamble to get back, and I think he even lost another game with white against Gelfand, if I remember correctly. Aronian was not really part of the group fighting for the World Champion's title. He was not even close to fighting for top honors. He was still a pretty good player at the time, though.

I think we also spoke about Vishy's white openings, and how we had sort of waved away the Petroff, but put a lot of our energy into the Marshall, expecting it to come in four to five games. The first two games were incredible successes, with Vishy playing good opening ideas and getting a nice position, executing them extremely well. You can see, however, that we now are just scraping the barrel; this opening game was not exactly a success. Had Aronian been a little more ambitious it could have become quite unpleasant, and I think, in the end, Vishy was very happy to draw this. The move Re2 was not very common. The main idea is of course to retreat the rook to e1, but this was an idea that Anand and team wanted to try out 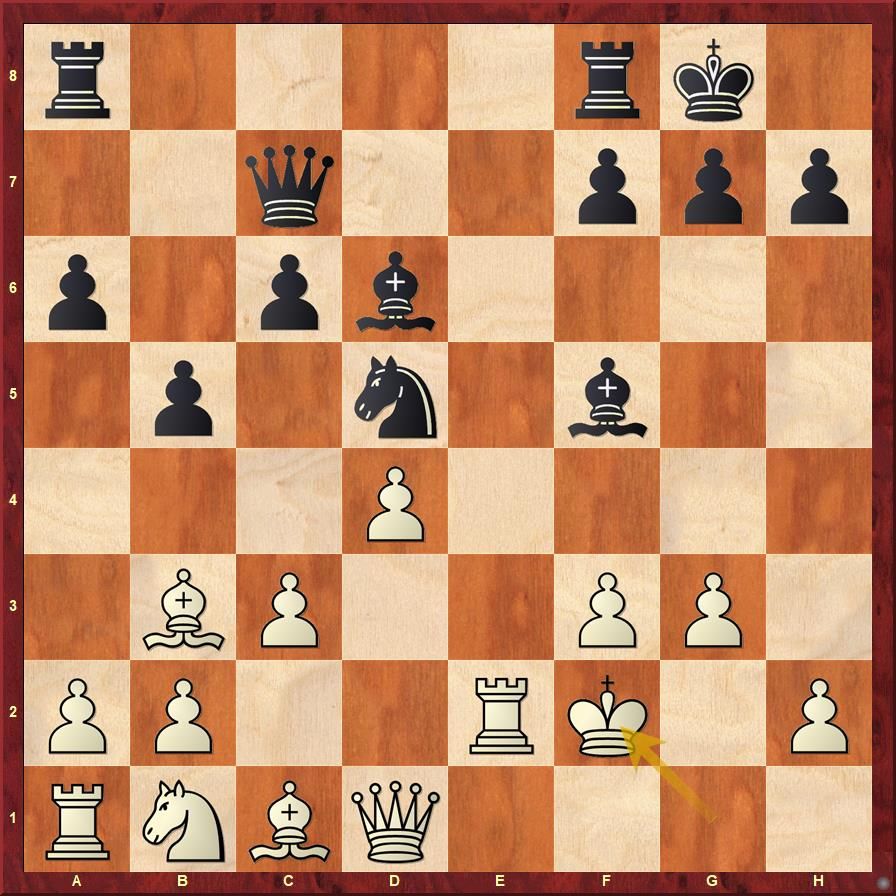 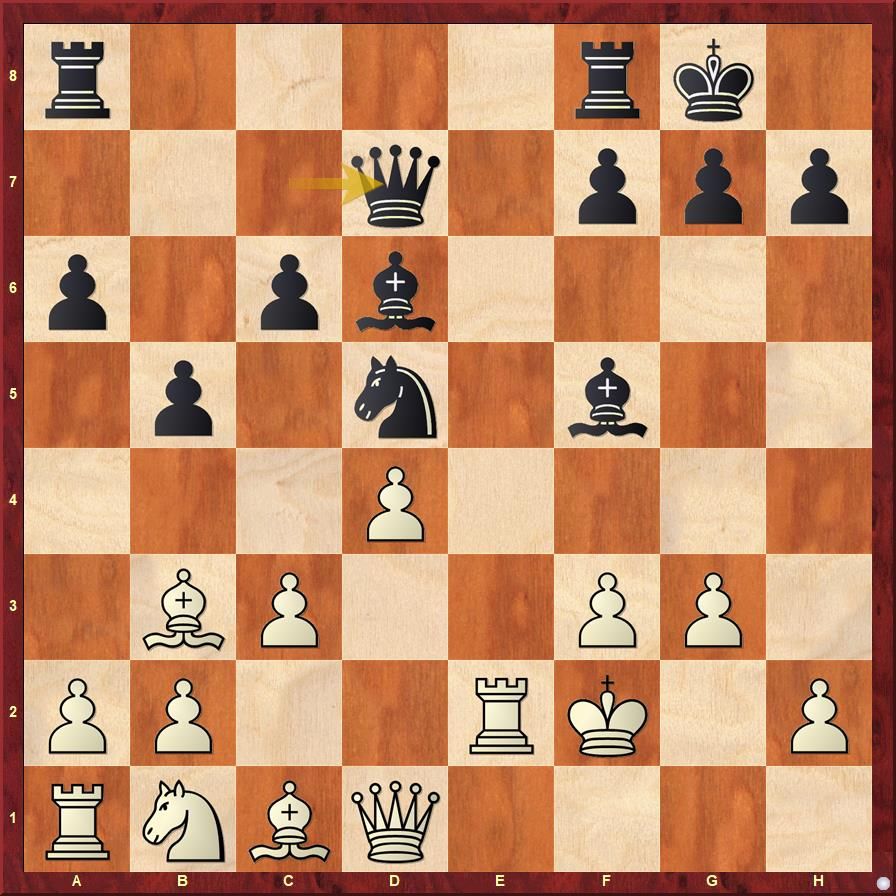 Aronian's 16...Qd7 was not part of the preparation of Anand. After the game Anand said that this was a strong move. 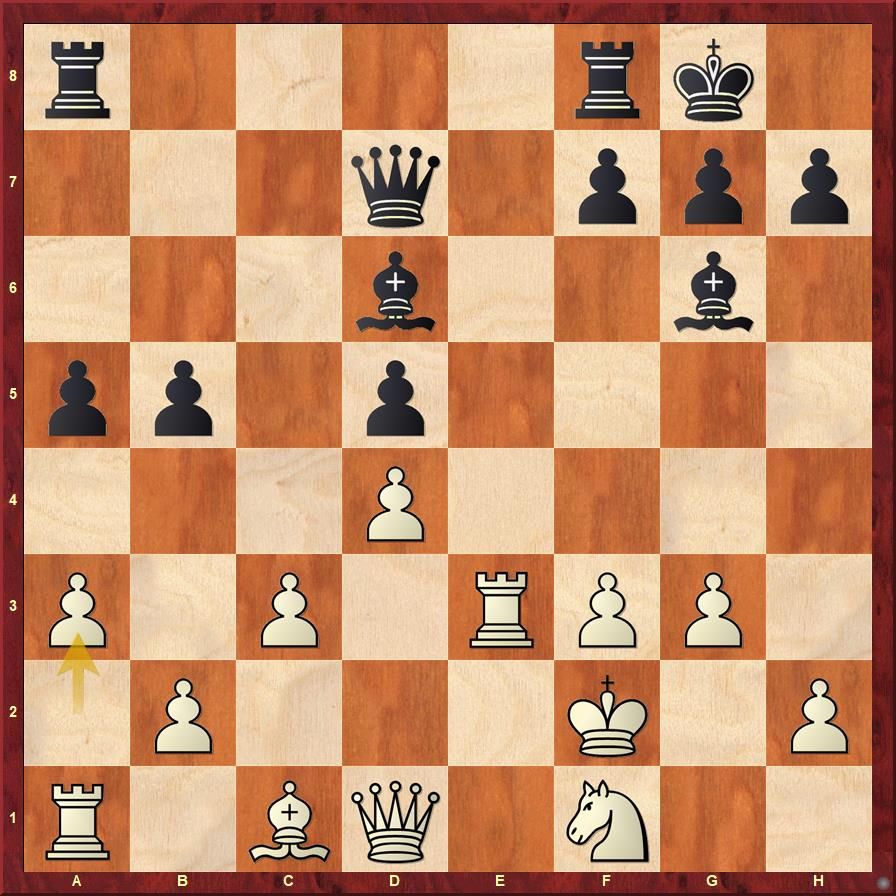 The final position in which a draw was agreed

There are scenarios where the queens are exchanged in such a position and Black is doing fine. In this position with the queens on this is definitely excellent compensation for Black. I was relieved that a draw was agreed at this point. Vishy didn't really think that drawing all the games would be enough to win the title and hence was still trying to get an advantage with white. With this draw we moved one step closer to the World Championship title.

The overall atmosphere of the tournament, Vishy Anand's thoughts about round 9 and also Morozevich and Kramnik speak about their duel. Video by Vijay Kumar

This series of articles intends to celebrate this huge occasion in Indian chess - our star becoming the undisputed World Champion.