While the penultimate round of Aeroflot Open 2020 was lit up by the 14-year-old Azerbaijani phenom Aydin Suleymanli, for the Indian chess fans Bharath Subramaniyam too brought no less a reason to cheer as he drew his game against Alexander Riazantsev and secured his maiden GM norm with one round to spare. Bharath is just 12 years and 4 months old and is a star student of the Chess Gurukul academy run by Grandmaster Ramesh RB. In this article we give you an overview of his brilliant performance thus far and tell you what makes him special among other up and coming talents in the country.

In the past Praggnanandhaa R. and Gukesh D came very close to breaking Sergey Karjakin's record of World's youngest GM at the age of 12 years and 7 months, but both fell narrowly short. Born on 17th of October 2007, Bharath is already 12 years, 4 months and 10 days old and it does seem that he doesn't have a whole lot of time left to make his final two norms, but hey, if he performs as well as he has done in this ongoing Aeroflot Open in a couple more tournaments, he would well and truly be on his way towards becoming the youngest GM in the world! To just put it on record, the boy started off as the second last seed in the event but began with a blistering 3.5/4 beating former World Junior Champion Mikhail Antipov, top Armenian player Gabriel Sargissian, and the very strong Chinese GM Zhou Jianchao in the process!

Off the board, Bharath is as lively as any other kid but on it he is a picture of fierce concentration | Photo: Amruta Mokal

Like many other rising stars of Indian chess, Bharath too has been a student of Ramesh RB's renowned Chess Gurukul academy. Ramesh himself has mentioned him as one of his brightest students and has described him as someone who is tactically very sharp, who is able to calculate variations with ease. 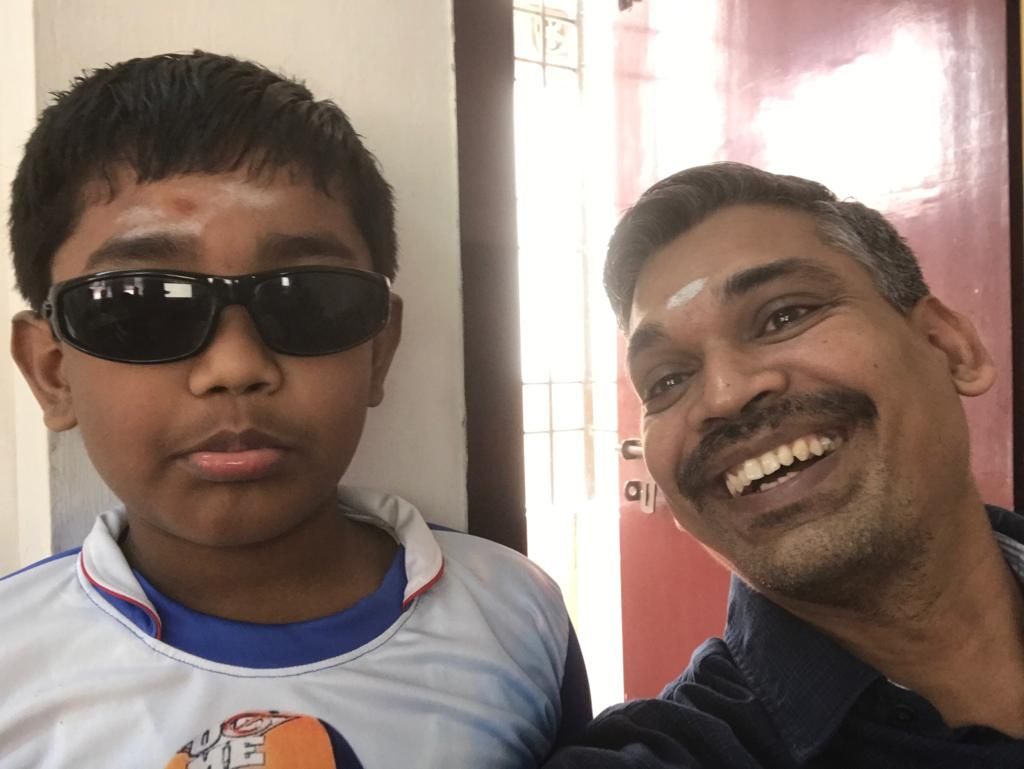 Ramesh with Bharath - The "Guru" and "Shishya" enjoying a light moment together! | Photo: Ramesh RB

But success, especially if it is chess, doesn't come easy. In 2015 (Yes, when he was even below 8 years of age!) Bharath shared his experience of working with Ramesh as follows: "I am being coached by GM R.B. Ramesh and WGM Aarthie Ramesh. We have regular classes, where I attend them with players who are much higher rated than me. For example, sometimes GM Aravindh Chithambaram is also present at those lectures, and being in the same class as him gives me the opportunity to understand how higher rated players think. Other than that there are camps conducted by Ramesh Sir before major events. I owe a lot to him for my improvement in calculation and speed. I keep working on the middlegame combinations regularly. Before the round I make it a point to solve tactics to get my mind sharp. Also I work for 3-4 hours during events to prepare openings against a particular opponent by looking at his style of play. On regular school days I work on chess for three hours". Well, that is some serious training regime for someone aged seven or eight and the result is here now, after five years, to speak for itself. Ramesh was obviously ecstatic to see his student perform so well. "Bharath did very well in the first half of the tournament and had some very tough moments in the second half. But survived few games and deservingly got the norm. He is improving very fast and generally has a very cool head. Most of his opponents were above 2600 and he not only survived but also won crucial victories over them which will give him loads of confidence. Very happy with his progress", he said speaking to ChessBase India. 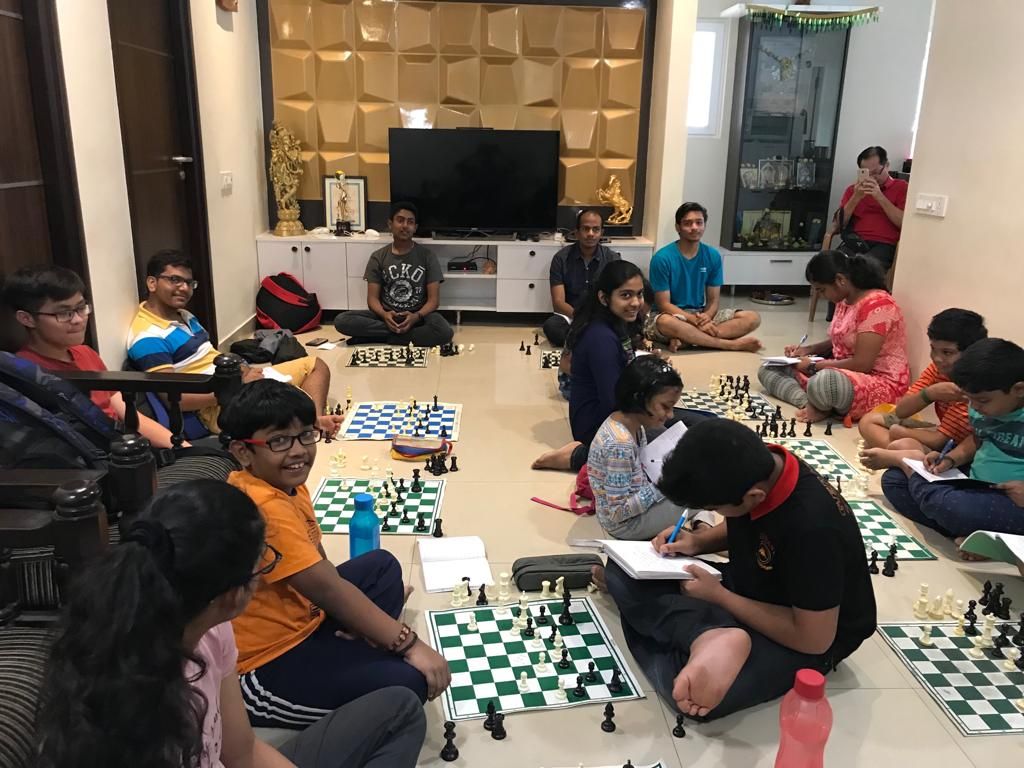 More recently, Bharath also attended the Microsense Kramnik-Gelfand camp along with 13 other talented youngsters. This was a huge learning experience for him and we got to know that he revised all the material presented their before leaving for the Aeroflot Open in Moscow.

Pleased with the 12-year-old's performance, Kramnik too sent his good wishes."I am happy that after each session we have yet another one or two pupils showing considerable improvement, Bharath has played very strongly there and I hope our lectures with Boris Gelfand were partly the reason for it", wrote he. Boris, on the other hand, recalled that he was struck by the boy's singular devotion during the ten-day camp. "I am very glad to congratulate Bharath with his well deserved achievement! During the camp he impressed me with his dedication and work ethic. The goal of our camp was long-term, but it is pleasant to watch an immediate result! It is precious that he made a norm in one of the strongest open tournaments in the calendar. His opponents were all of high level and I am sure it would give Bharath more confidence and inspiration to continue working hard on chess", he said. 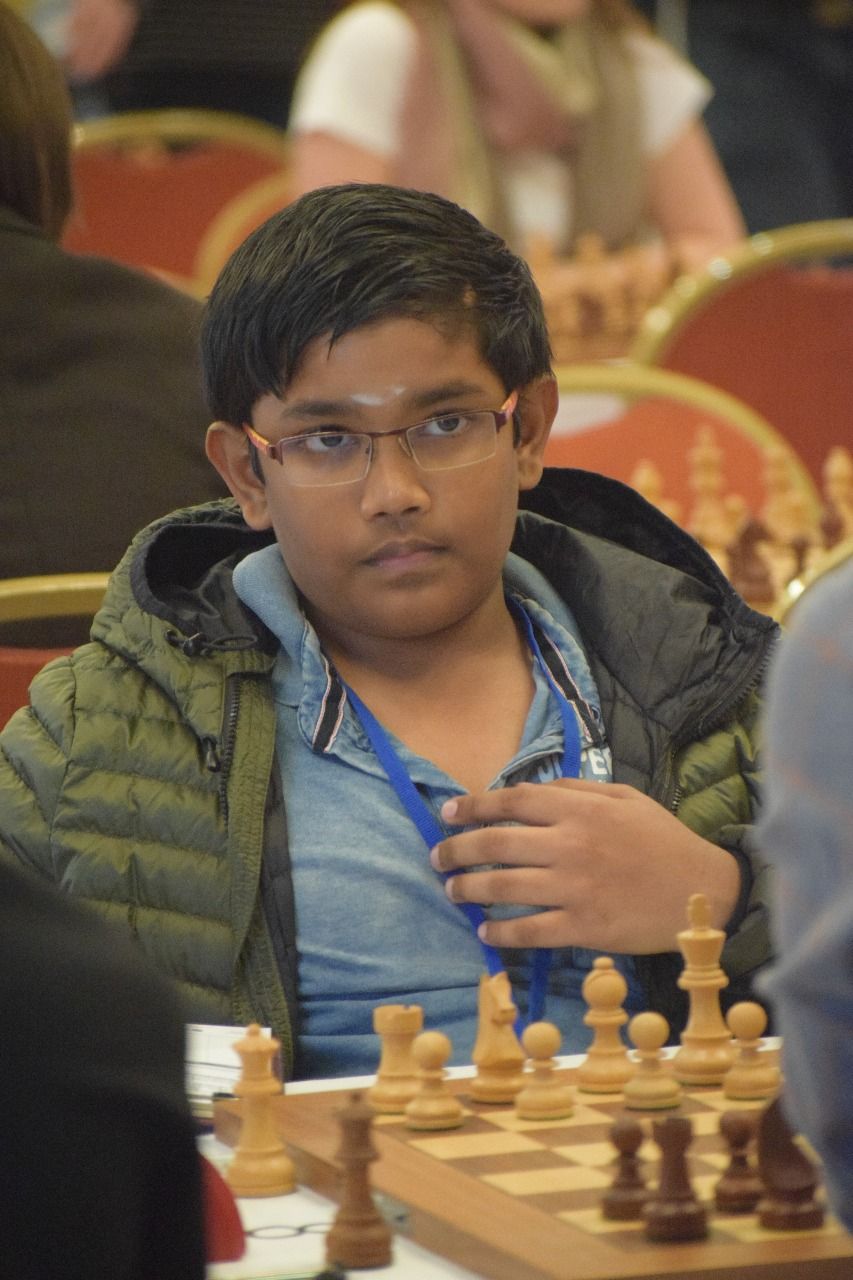 Bharath during one of his games in Moscow | Photo: Puneet Jaiswal 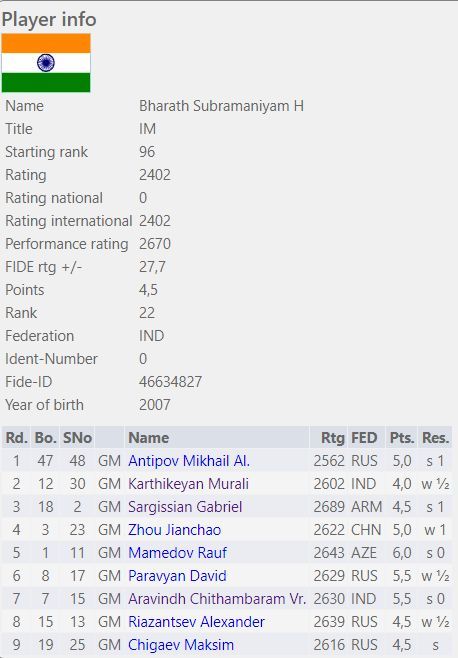 Apart from registering victories against strong players, Bharath also showed tremendous resilience and didn't get derailed after losing to Rauf Mamedov or Aravindh Chithambaram. Thus scoring 4.5 points in 8 rounds against players of rating average 2625!
He was up against the strong 2639-rated Russian GM Alexander Riazantsev in the penultimate round yesterday and got into some serious trouble but held his nerves and defended well to force the split of points in the end | Photo: Wikipedia

Previous coverage of Bharath from this event

IM Sagar Shah explains Bharath's win against Zhou Jianchao from the fourth round which actually put him in the lead with Rauf Mamedov!
And in this video you will find the detailed analysis of his win against the event's second seed Gabriel Sargissian.
Related news: