The total prize fund of the tournament was ₹15,00,000. Top three prizes were ₹251000, ₹201000 and ₹150000 each respectively. Bimal Bora, Minister of Sports & Youth Welfare, Cultural Affairs, Tourism and Power of Assam, Bharat Singh Chauhan, AICF Hony. Secretary were present at the closing ceremony among other guests. 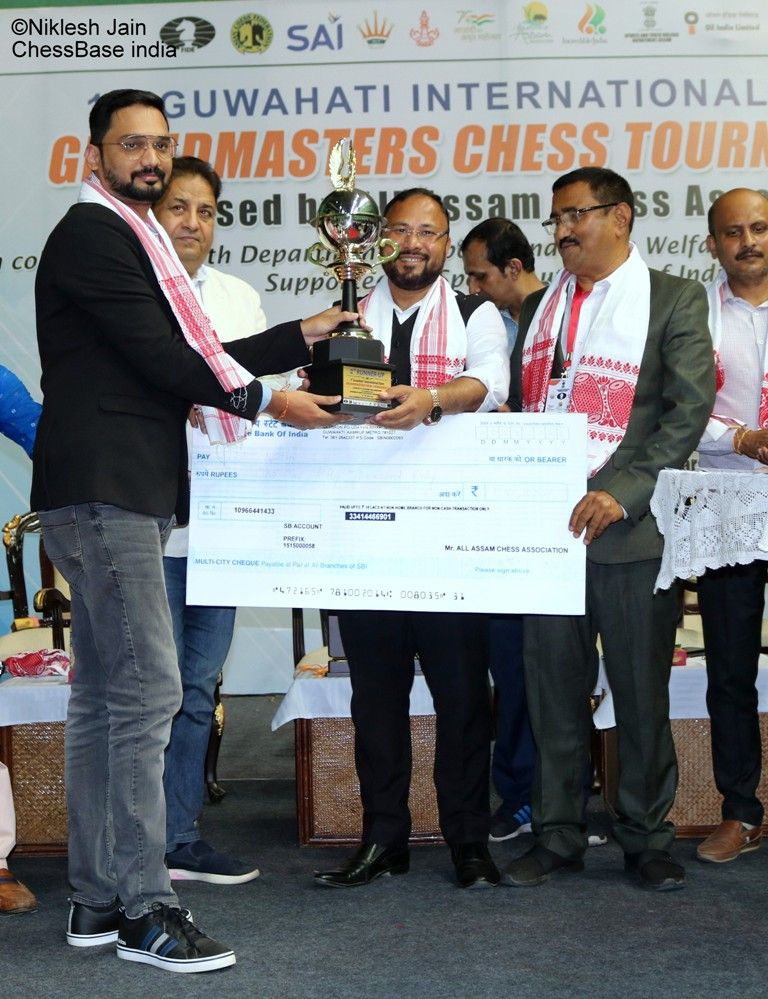 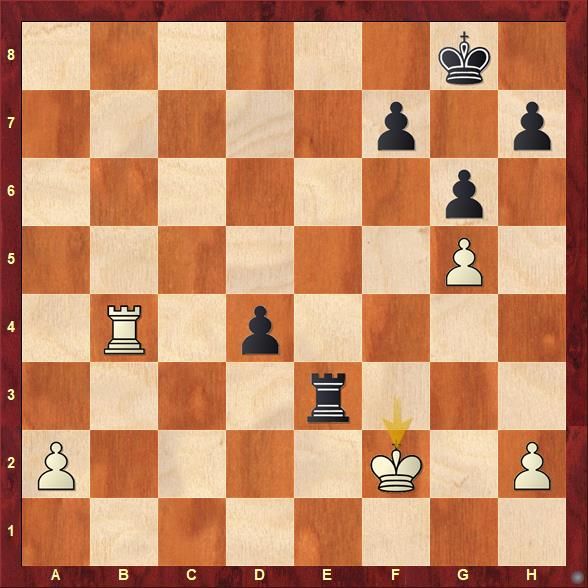 32.Kf2 allowed Black to maneuver his rook 32...Rh3 33.Kg2 Rh5 and now the g5-pawn drops. There is no way to defend it. Thus, 34.Rxd4 Rxg5+ was played and rest was just a matter of technique for Black to convert it into a win. 32.Kg2 d3 34.Rd4 should have led to a draw as Black does not gain the g5-pawn easily. White should be more than happy to exchange his a2-pawn for the d3-pawn because 2 vs 3 pawns on the kingside is an easy theoretical draw. 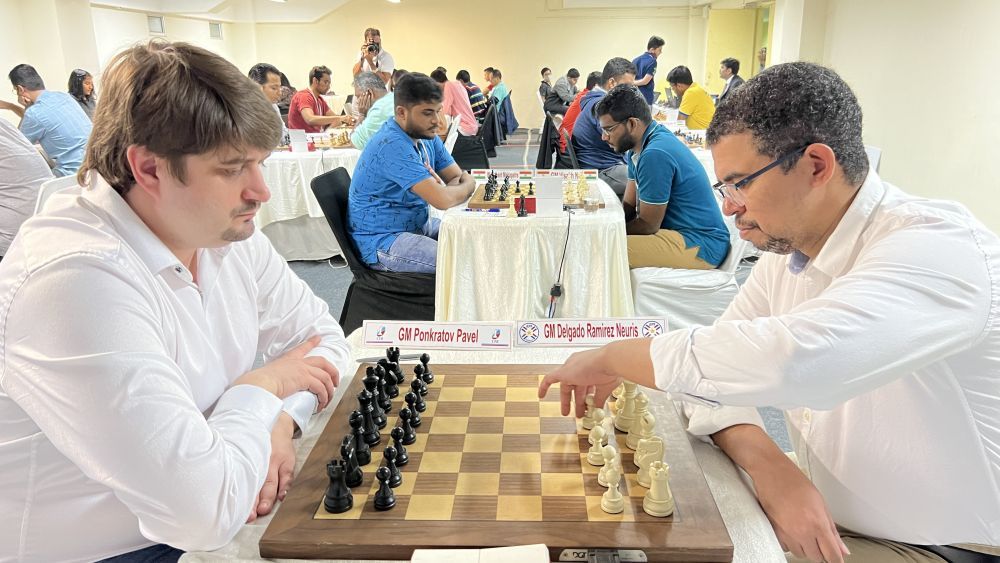 IM C R G Krishna (2466) was unable to get out of the gate against GM Adham Fawzy (EGY, 2490). The former went wrong early in the opening and could not get back for the rest of the game. 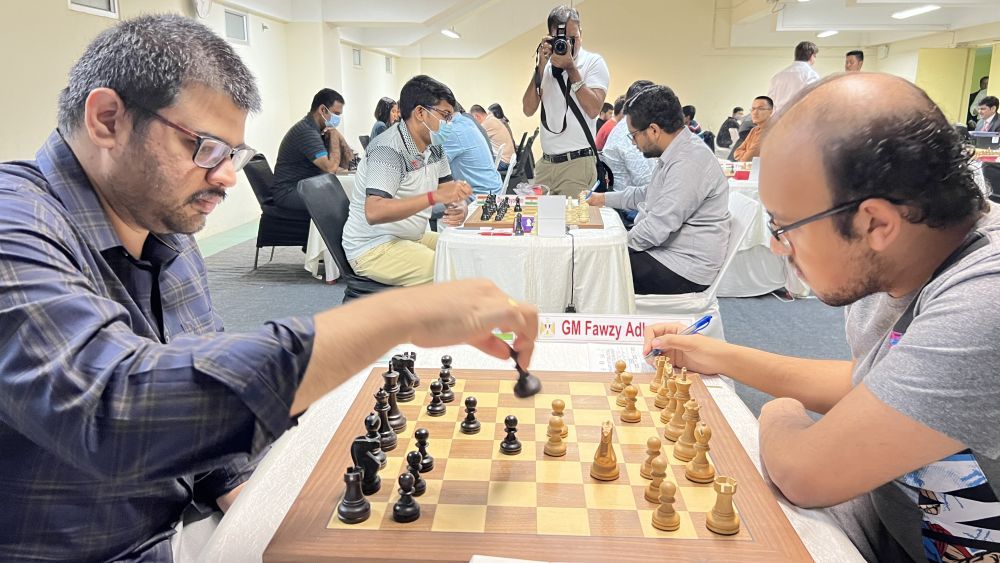 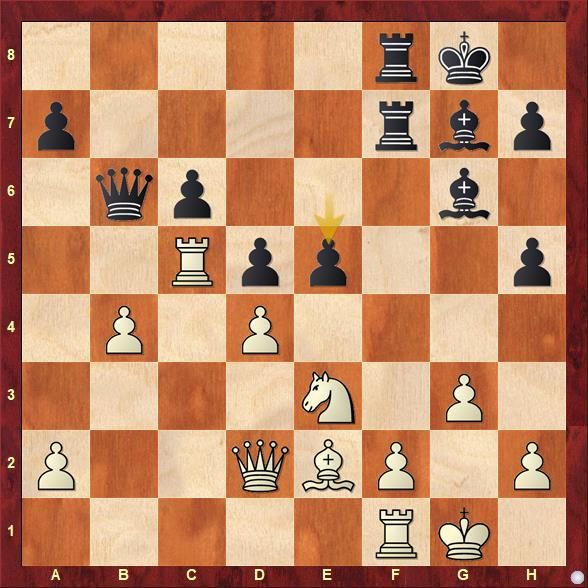 20...e5 is not a good idea as 21.dxe5 Bxe5 22.Nc4 Qb8 23.Na5 and Black cannot save the c6-pawn. The d5-pawn also fell in the next few moves and Black lost an exchange. Nitin cleverly returned the exchange, to neutralize the deadly bishop at b6. Rest was just a matter of time before Black resigned. IM Sayantan Das (2459) had a tough finish. He lost his second game in-a-row. FM Aradhya Garg (2236) scored an important win in the last round to finish fourth and secure his final IM-norm. A few interesting finishes from Round 10 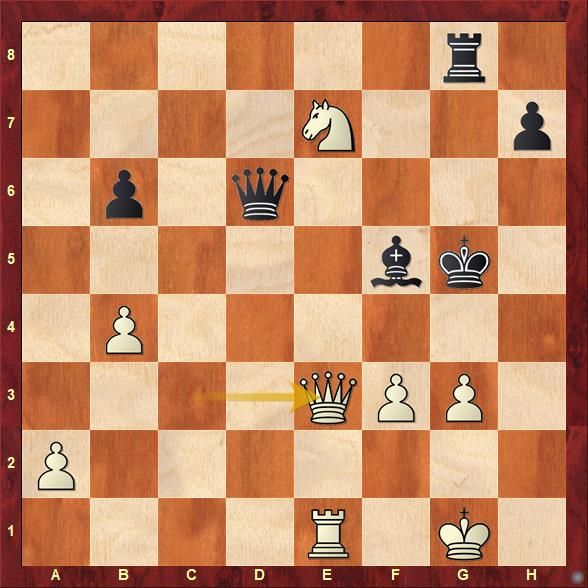 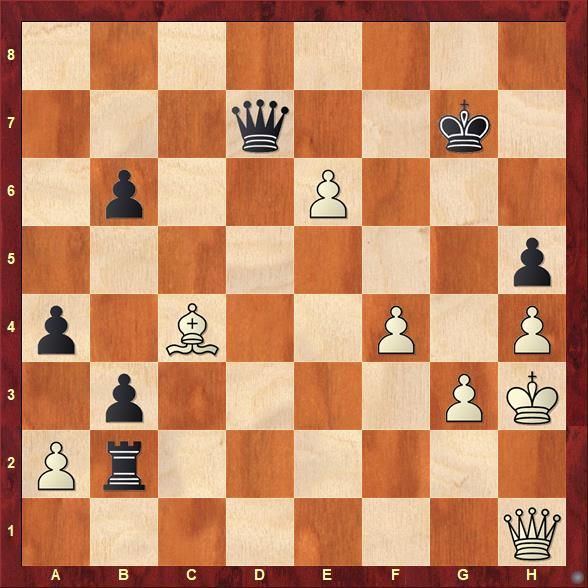 For more Round 10 and Prize distribution ceremony photos, please click at the respective links.

A total of 254 players including 13 GMs, 16 IMs, 2 WGMs and 3 WIMs took part from 11 federations across the world including India. The tournament was organized by All Assam Chess Association from 14th to 20th March 2022 at Guwahati, Assam. The ten-round Swiss league tournament had a time control of 90 minutes + 30 seconds increment from move no.1