Tie-breaks are always exciting. In the first round tie breaks the match between Sargissian and Bartel went right upto the armageddon stage. Sargissian finally won! Vidit and Adhiban both were eliminated by their opponents Bruzon and Fedoseev in first two rapid games itself.

When Mateusz Bartel from Poland held out his hand in the form of resignation to Gabriel Sargissian from Armenia, I realized how hard one has to work in order to just move to the second round of the World Cup. 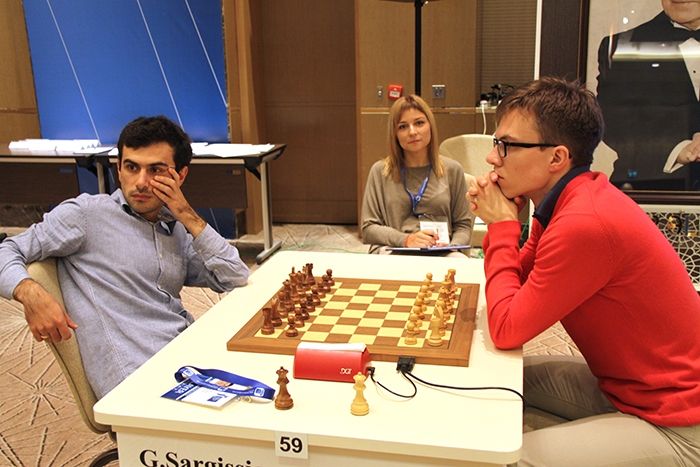 The only game in round one to go right up to the Armageddon: Bartel (right) vs Sargissian (left) 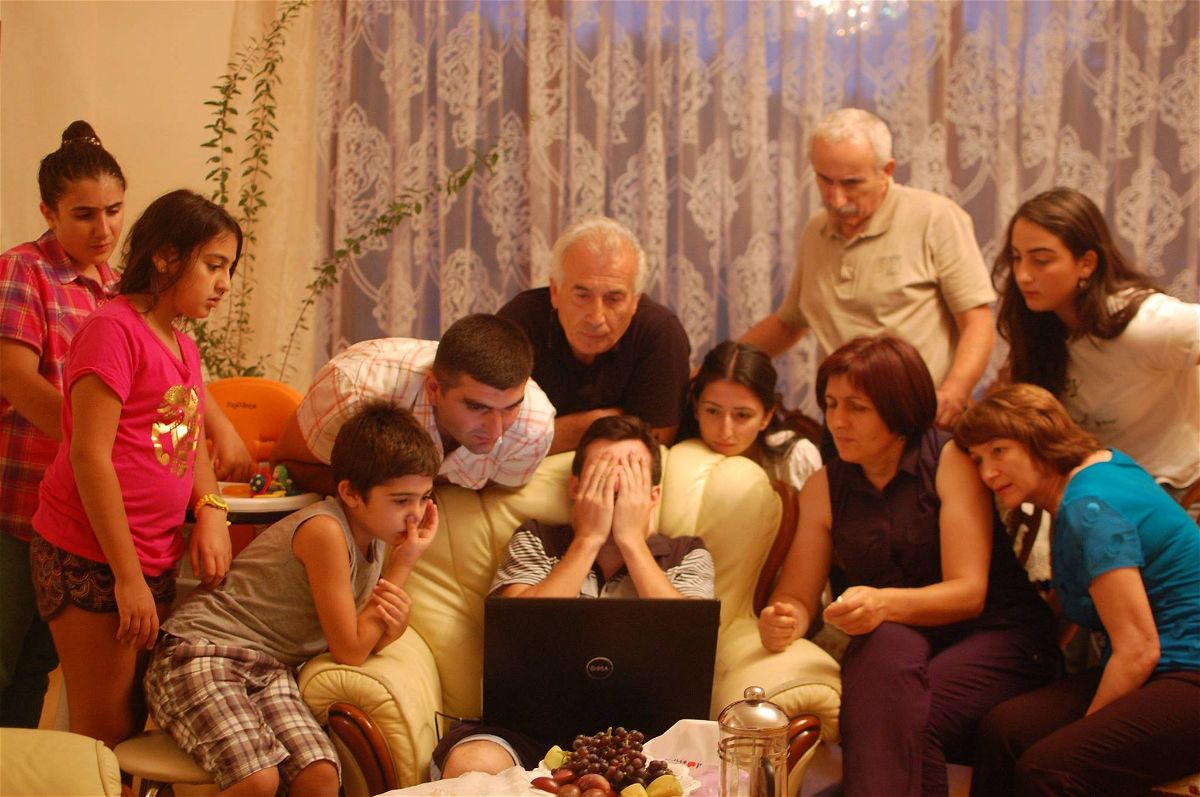 The Sargissian family glued to their seats watching Gabriel play an intense match (picture posted by Lianna Sargissian, Gabriel's wife on facebook and taken by her permission)

For me it was not only a show of chess skills but also of stamina. Without immense energy how else would you be able to sustain for so long. And then there was patience. To remain objective and play as per the demands of the position and not according to the whims of your mind. To wait for the right moment to take your chance. To duck down and suffer when you are worse and hit back when the opportunity presented itself. And finally the presence of mind- to play accurate chess with just seconds on your clock. If you possessed all these qualities you are good to go to the next round of the World Cup 2015. That's how tough it is out there. 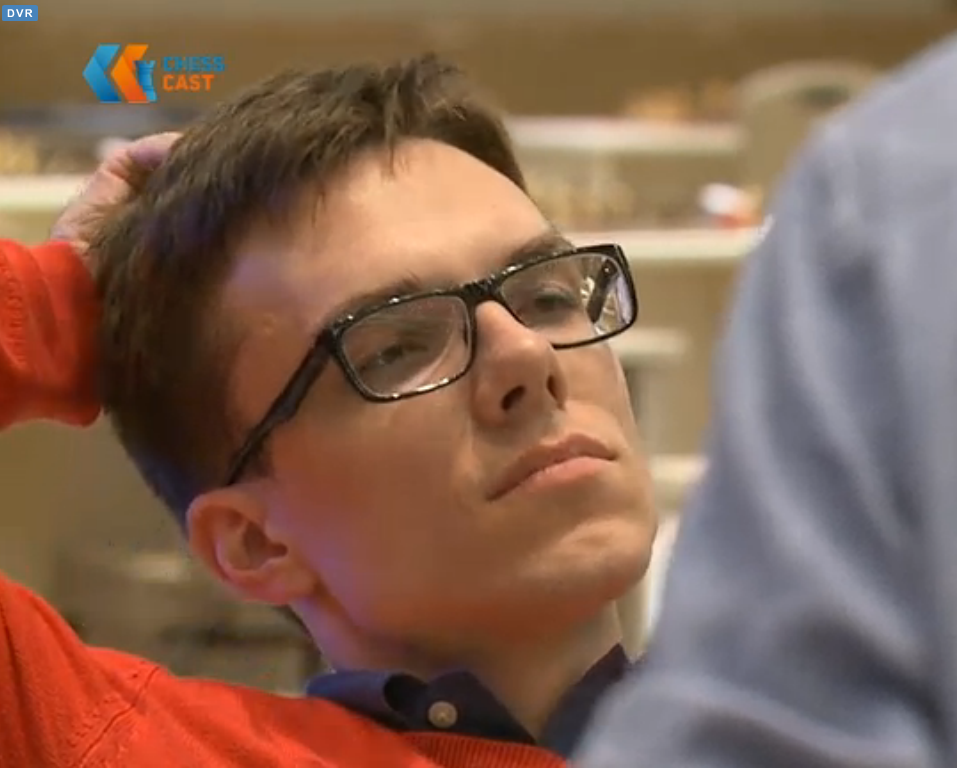 For Indian fans, this was exactly what our players lacked today. Adhiban who faced Fedoseev lost with a score of 1.5-0.5 and Vidit who was up against Bruzon Batista went down 2-0. It was not that both of them didn't have their chances. Adhiban was clearly better at some point in game one and so was Vidit. But both of them could not rise to the occasion as Adhiban blundered big time with 19...Bxa3 and Vidit in a perfectly balanced position shut the door on his own king and was mated in one move. There were some broadcast issues which showed that Vidit had checkmated his opponent but later on when things were fixed quite tragically we realized that it was the Cuban who had won. 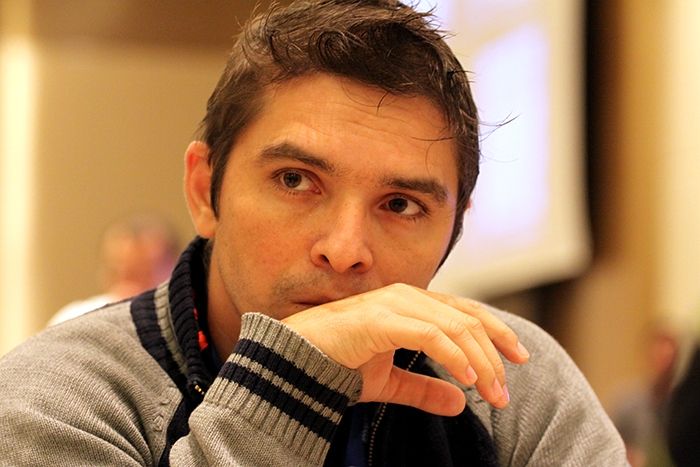 Little did Bruzon know at the start of his game that his opponent would blunder into a mate in one!

How do you come out of such a mental blackout when the next game is about to begin in just five minutes! But still credit should be given to both of them as they fought with great vigour and energy. Adhiban threw caution to the wind and 0-0-0 in a sharp line of the Queen's Indian and Vidit went all out for a kingside attack in a colle-zukertort system. Once again both had their chances but the pressure of rejecting equal lines got to them. They tried too hard. Adhiban made a draw in a clearly worse position, most probably his opponent offered it as he could advance to the next round. Vidit's game was completely crazy and impossible to calculate. Bruzon showed better nerves and caught the white king in an encounter, with his queen and bishops, that took place in the centre of the board. 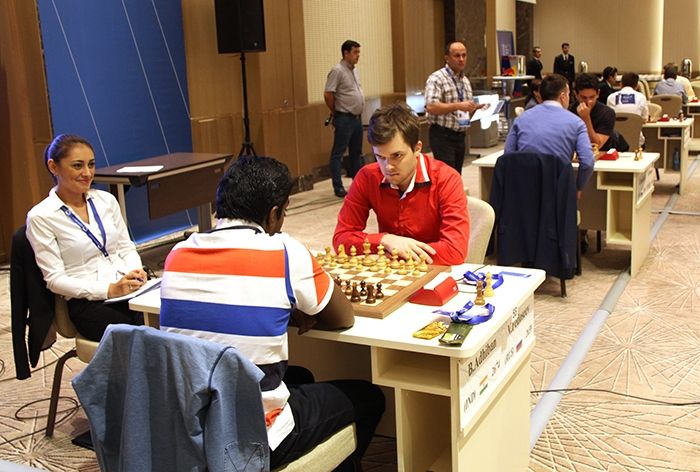 So after three days of World Cup 2015, four out of the six Indians have to pack their bags and go back home. Surya, Lalith, Vidit and Adhiban. But they all fought their hardest and none of them are going back without putting something on the score-board. The men to now watch out for are Harikrishna and Sethuraman. As previously mentioned they both are facing off each other in the second round.

Other notable results were Boris Gelfand bowing out to the little known Cristopher Henriquez Villagra from Chile and former World Champion Rustam Kasimdzhanov losing to Anton Kovalyov. The world cup promises to be even bloodier and brutal as the rounds progress! 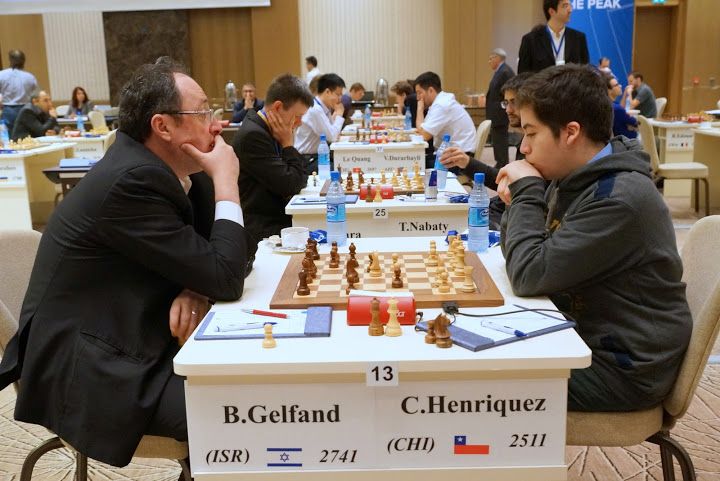 The second round action begins tomorrow on the 14th of September at 15.30 hours IST. Be sure not to miss it. You can watch the live games on this link.