Harikrishna and Sethuraman faced off against each other in the second round of the World Cup 2015. It was a tense game in the Berlin where the higher rated Hari held the advantage for majority of the game. Sethuraman defended tenaciously and was able to hold the draw. It was an exciting first game between the two Indian players.

As Harikrishna and Sethuraman sat down against each other in the Grand Ballroom of Fairmont Hotel, they must have felt quite wierd. There were 62 more players from different countries in that same playing hall but fate had paired the only two remaining Indians in the competition against each other. 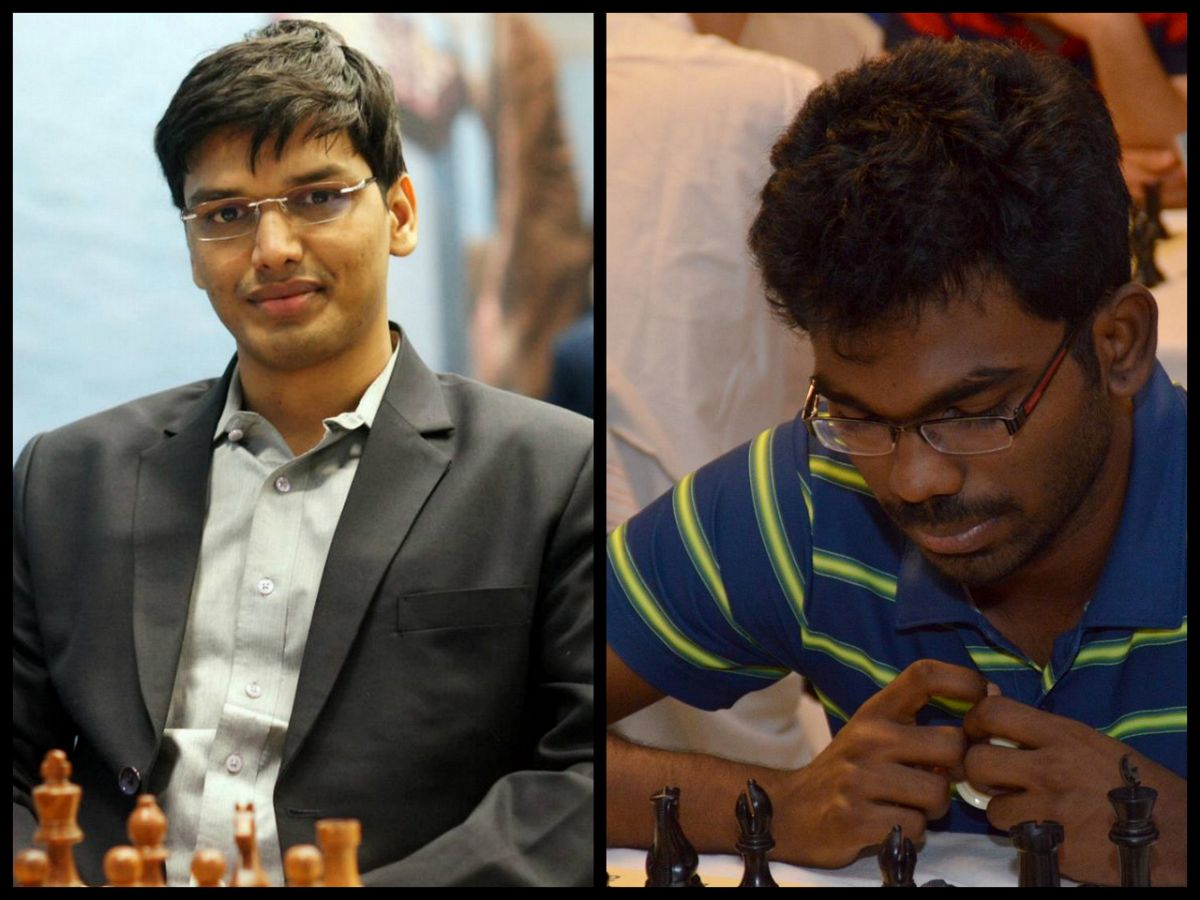 But such is the life of a chess player - sometimes he has to forget about the guy sitting opposite him and just focus on the 64 squares and 32 pieces in front of him. He has to fight irrespective of who is opponent is. And fight is what these two warriors did.

74 moves of high quality chess which ended in a truce.

The game started as a Guico Piano opening. One of the old and romantic openings employed by the great masters of the past. It was not one of those sharp lines but the subtle positional struggle with moves like d3, c3, Bb3-c2, Nd2-f1-g3 etc. Just the kind of play Harikrishna revels in. But good players never let their opponents settle into a rhythm and that is exactly what Sethuraman did by breaking in the center with d5. He accelerated the pace of the game and even sacrificed his h6 pawn in return for some excellently posted pieces and a strong center. The activity was just enough for Sethuraman to compensate for his material deficit. 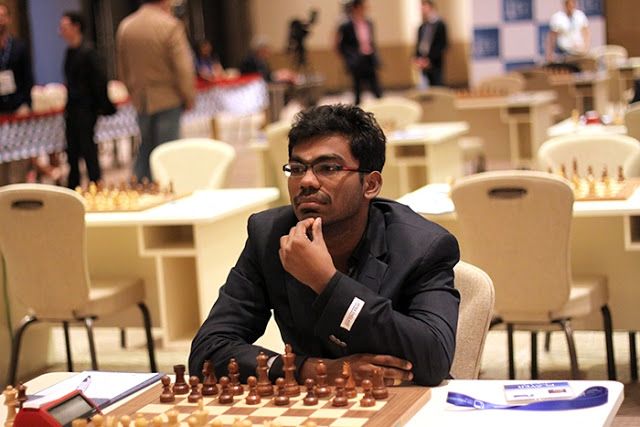 Cool and composed at the start of the game

This was one of those typical positions where the side who is a pawn down has to constantly keep introducing new ideas and plans in the position in order to prevent the opponent from consolidating his material advantage. It's like a dying fire that has to be constantly fed with wood to keep it going. Sethu did that for quite some moves but soon the dynamism in his position started to die out. With subtle and restrained play, Harikrishna was able to put a lot of pressure on his young opponent. It was at this point that the Chennai lad made the pragmatic decision of giving up all his ambitions and steering the game into a rook + opposite coloured bishop endgame position. 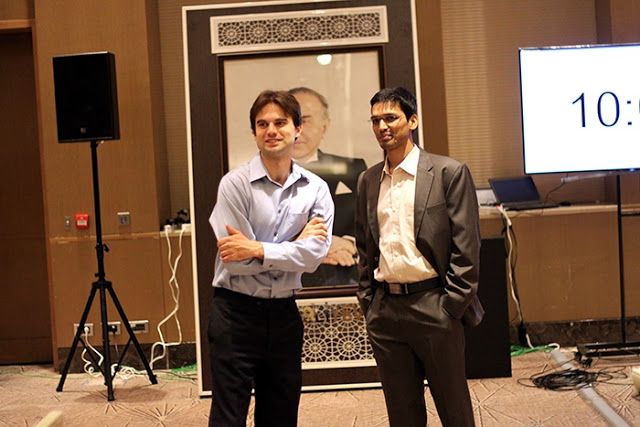 Samuel and Harikrishna at the start of round two

As we all know, the opposite coloured bishops are known for their high drawish tendencies. And that is exactly what happened. Sethuraman who was a pawn down built a fortress and Harikrishna just couldn't breach it.

After a marathon struggle of 74 moves, the players agreed to a draw. Definitely, it was a tough game for Sethu as he had the thankless task of defending an inferior position against a technical expert like Hari.

But the reward for this determined defence for Sethuraman is having the white pieces in tomorrow's second game of the match. Everyone who knows of Sethuraman's style of play knows that he can be an extremely dangerous theoretician who comes extremely well prepared to his games.

Hari needs to be careful of this and if he is able to side step the opening mines in the game tomorrow, we might well see him pressurizing his younger opponent for a second game in a row.

As of now the match is well poised. Hari's higher rating is set off by Sethuraman having the white pieces. Who will come out on top? Your guess is as good as mine!

Tune in to the game tomorrow at 15.30 hours IST. You can watch the live games on the official website.

Do like the ChessBase India page for regular and timely updates on World Cup 2015!