The first round of World Cup 2015 started with 128 players and almost all the big names in the chess world like Veselin Topalov, Vladimir Kramnik, Anish Giri, Levon Aronian etc. All the top seeds had a pretty easy day as almost all of them won their games.But what about the Indians? How did the six of them fare? Here's a detailed account of what happened in each one's game: 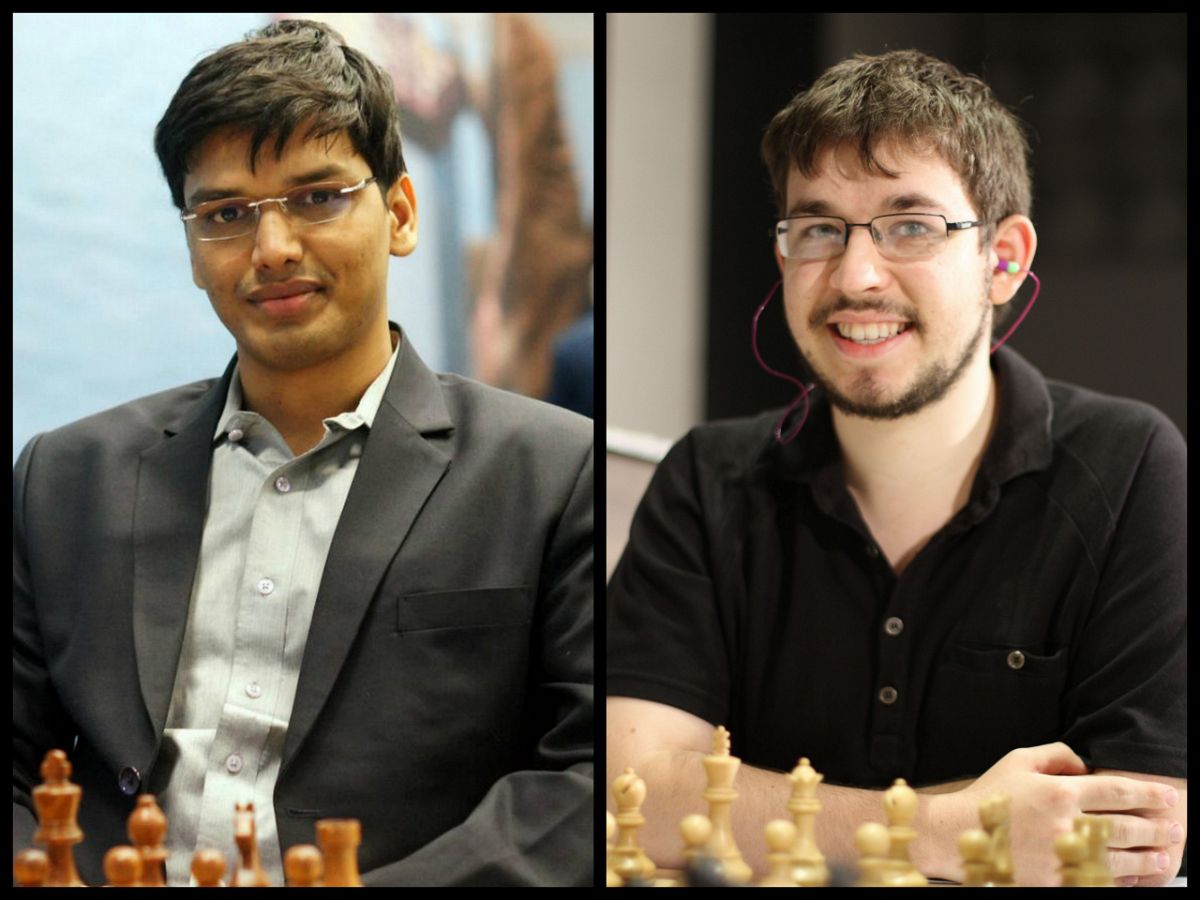 India's biggest hope and world no.18 Pentala Harikrishna made a strong start to his campaign with a win over IM Max Illingworth (2517) with the black pieces. Max did not seem well versed with the opening and took quite some time but made all the logical moves to put Harikrishna under quite some pressure. But a small mistake on the 24th move meant that the advantage swung over to the Indian's side. The way Harikrishna played the next phase of the game showed why he is rated amongst the 20 best players in the world! The four black pawns marched down to the queening square as White's extra piece looked on. The best part about this win for Hari is that he now has the white pieces tomorrow and needs only a draw to progress to the next round. The solid player that we know he is, this shouldn't be too difficult! 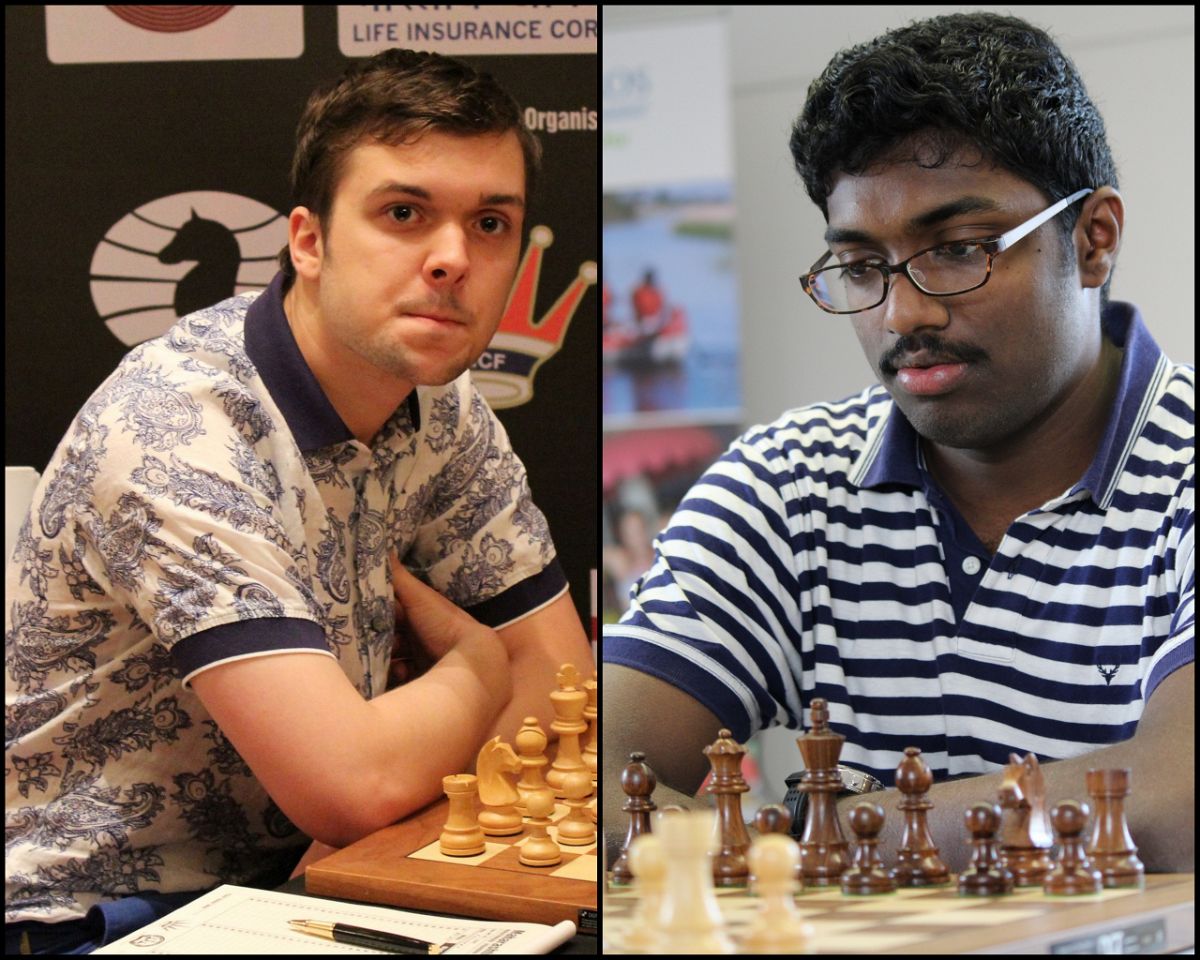 Prior to the game, we dubbed the duel between Adhiban and Fedoseev as the battle between two fighters! It just turned out to be the opposite as they not only agreed to a draw in just 15 moves but were the first one to finish the game out the 64 games going on! Quite an anti-climax! It was funny that in a position where Nxd7 was played in 894 of the 900 games, Adhiban chose Nd3 which had been played in only 4 encounters! He quickly realized that something had gone wrong and put his foot on the brakes. The sad part here is that he has to now defend with the black pieces against Fedoseev. The good part is that Adhiban has won quite a many of his crucial game with the black pieces! 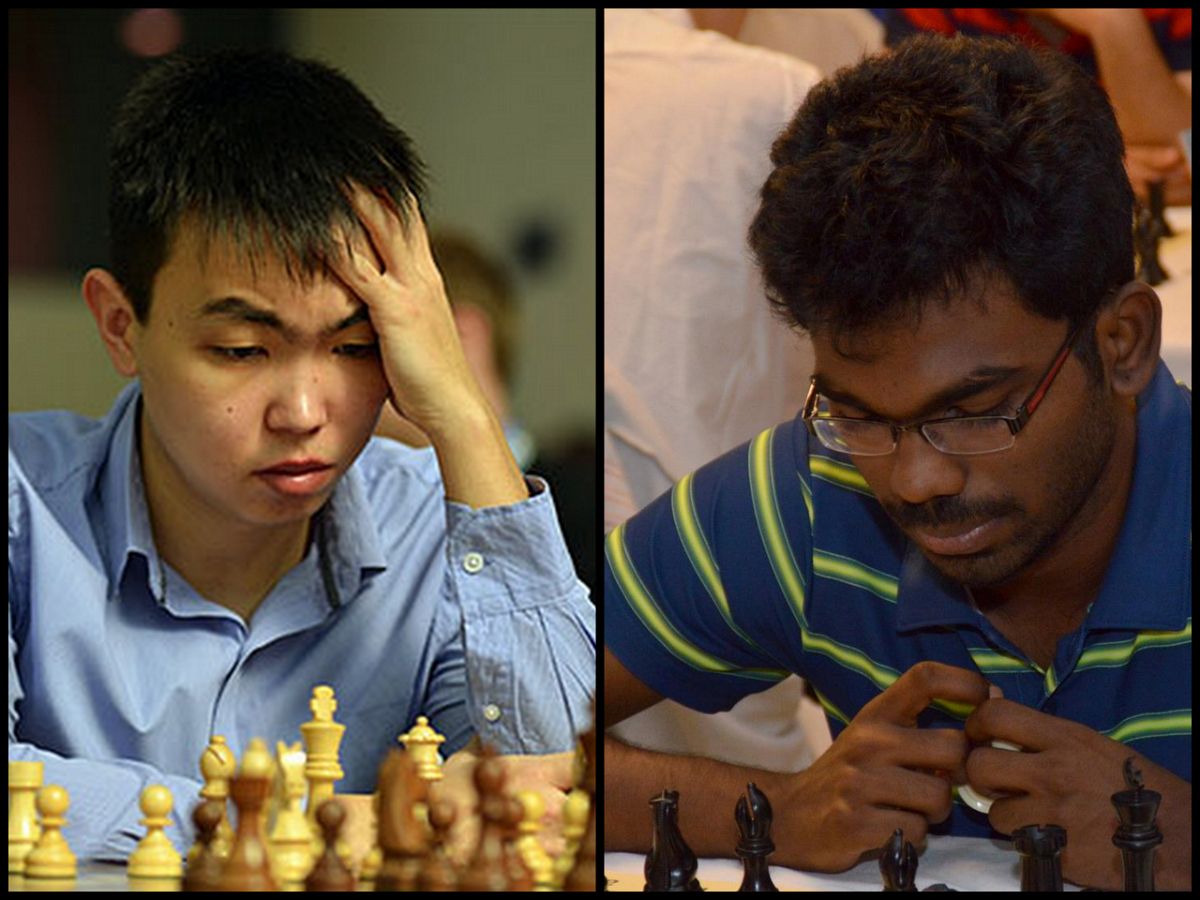 Surely this was the game of the day! What started as a normal anti-Berlin soon led to a comfortable equality for Black out of the opening. Sanan Sjugirov seemed quite upset with his position as he started making some very weird moves. Sethu's play was simple, strong and consistent. With precision he took advantage of all of his opponent's weaknesses and before you would even come to know the game had ended! Just 24 moves! To beat a 2664 opponent in this brutal fashion shows just how strong Sethuraman really is! 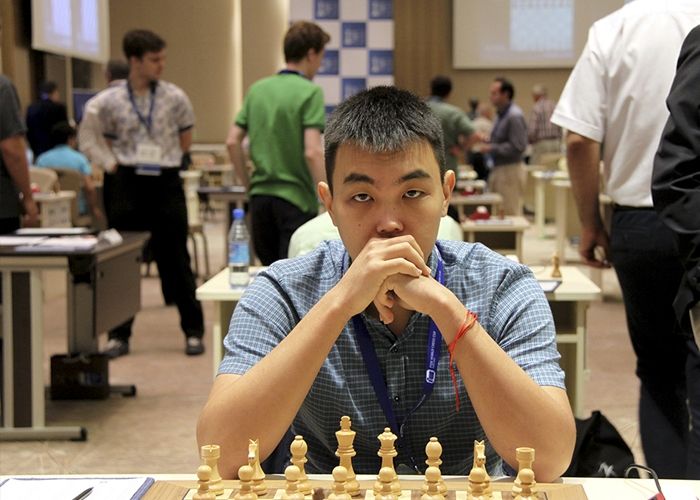 Sanan Sjugirov was at the receiving end today 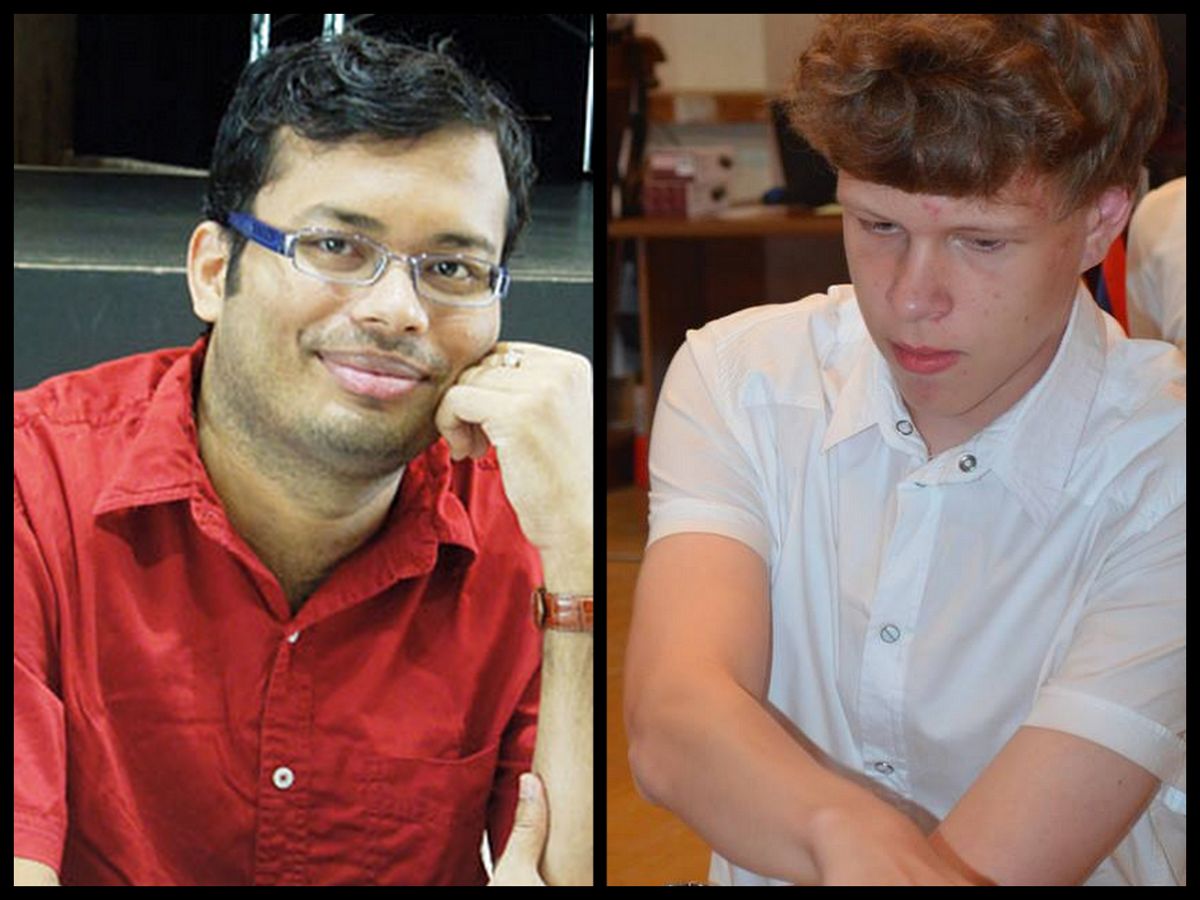 This was the only loss that an Indian suffered today. And it was a heart breaking loss because Ganguly emerged out of the opening with the black pieces with a very comfortable position. It was some sort of a Catalan where Artemiev who was white sacrificed his c4 pawn in order to set up a strong central duo on e4 and d4. But Ganguly developed all his pieces comfortably which meant that the 17-year-old Russian had to muddy the waters. He complicated the position to such an extent that things swung out of hand for the Kolkata GM. He just couldn't keep control on the tactics and the game ended with White pawns reaching f7 and g7 in the final position. Can Ganguly come back strongly with the white pieces tomorrow. We will have to wait and watch! 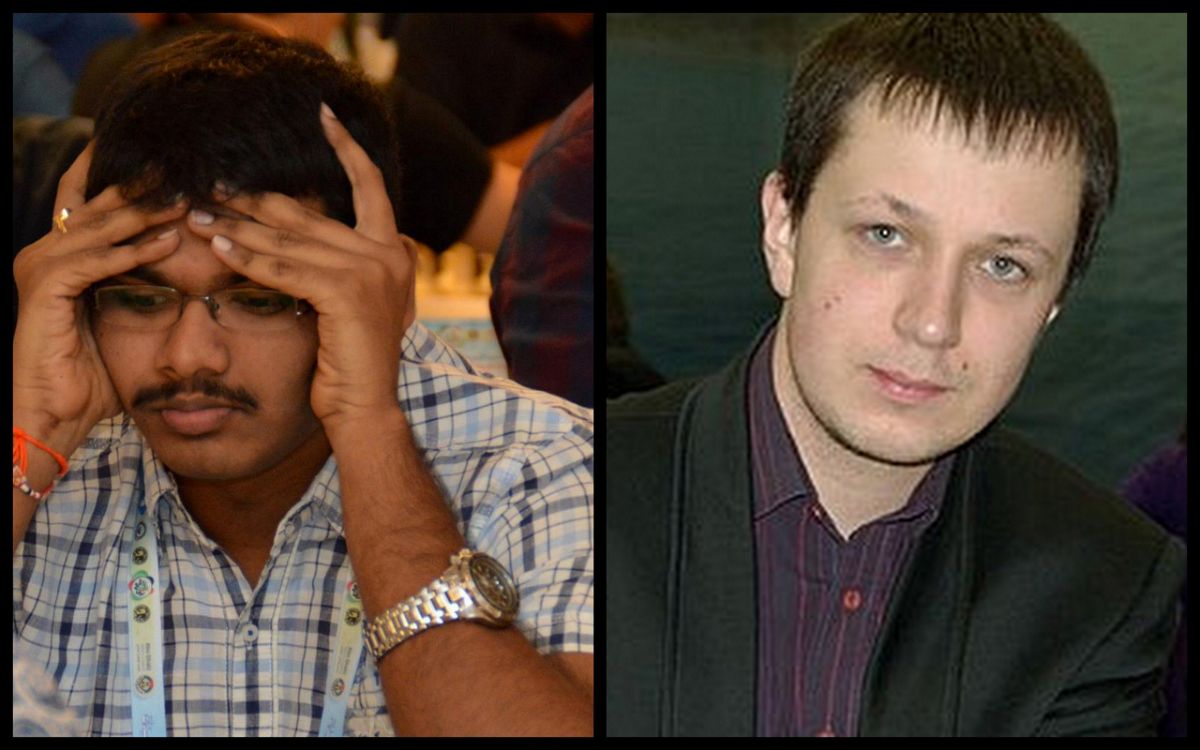 "My opponent was very well prepared!" is what Lalith Babu told after his game. You can expect Radoslaw Wojtaszek, who has been Vishy's second for quite some years, to definitely be well prepared in his games. He employed the not so popular Vienna variation in the Queen's Gambit. Lalith couldn't really get an advantage with the white pieces in the opening but he did not let his opponent overpower him. He kept control on the position and with surgical precision neutralised his opponent's extra pawn. A draw is a wonderful result for Lalith considering that his opponent was rated 2741. But tomorrow Wojtaszek has the white pieces and Lalith will have his task cut out. 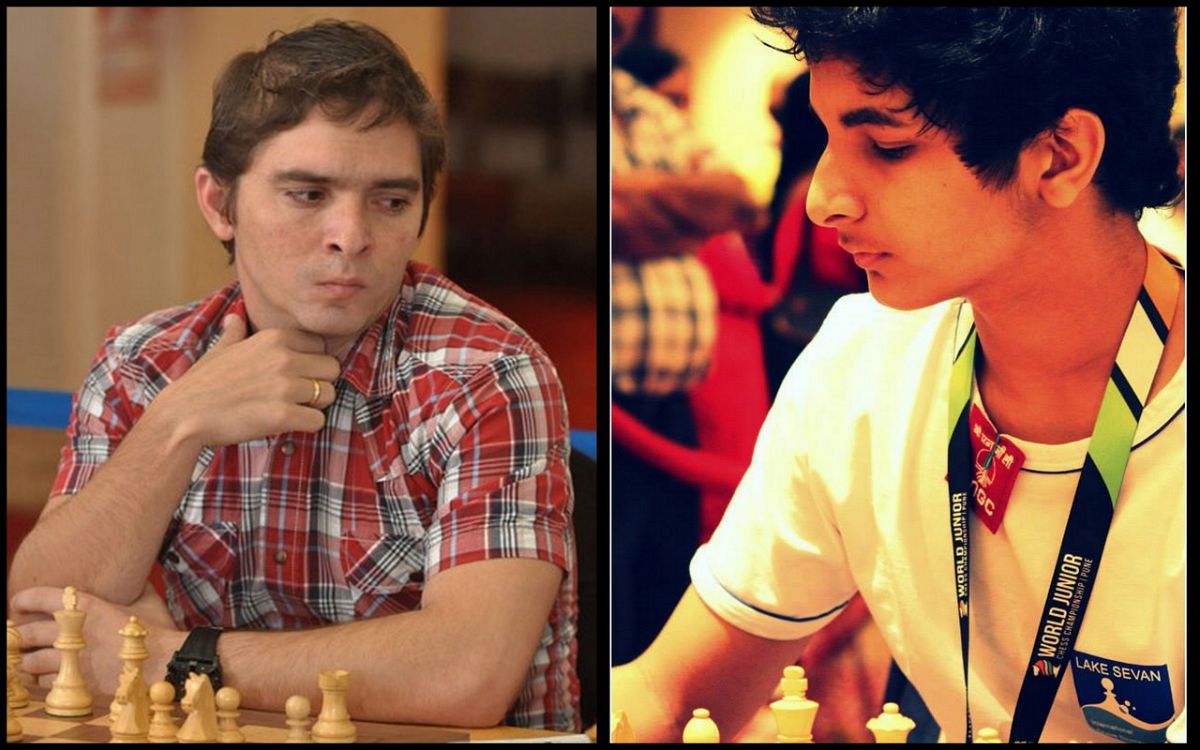 Initial jitters for Vidit as he was close to a nearly lost position in the middlegame. His opponent Bruzon played a nice game to get a very tangible edge. Just when it seemed that the 21-year-old from Nashik would be at the receiving end of a strong attack, Vidit sacrificed his rook in order to get a perpetual against the white king and salvage the half point! I am sure that Vidit will go to bed as a happy man today. He saved an inferior position and has the white pieces tomorrow. Vidit is a player who knows his stuff pretty well with white! It means that Bruzon is on the backfoot tomorrow! 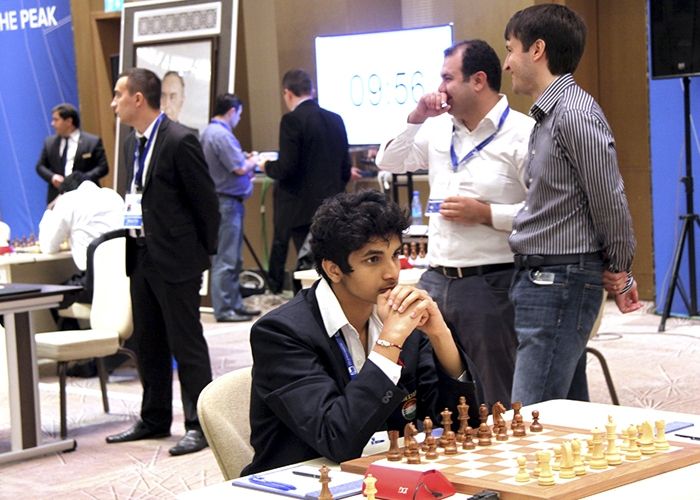 Vidit looking dapper on the first day of the World Cup

All the Indians are in with a chance tomorrow. Let us send our best wishes and support to all the six gladiators in Baku so that all of them advance to the second round!

You can catch all the action on the official website