After three games in the Ruy Lopez/Berlin territory, Magnus Carlsen decided that it was time to bring in the Guioco Piano. The game witnessed an unusual move order which soon resulted in a fresh position. Karjakin was upto the task today as he kept control. Towards move 40, Magnus began to lose the control of the game and slid into a worse position. Being in a territory that he has never been in, Karjakin couldn't press in the best possible manner and the game ended in a draw. We have pictures, game analysis and key positions for you. 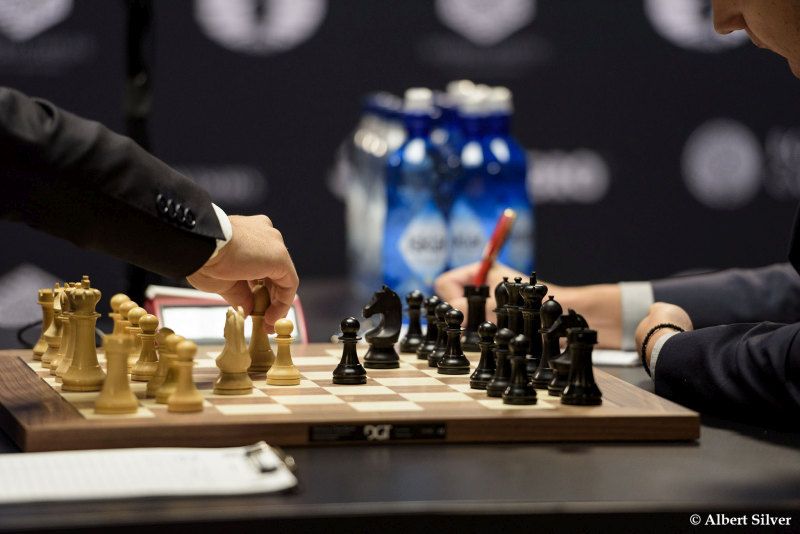 Enough of Bb5, it was now time for some fun, Italian style!

In games three and four it was clear that Magnus was pushing. Many chess fans predicted a Carlsen win in the fifth round with the white pieces. However, Karjakin came up with all the goods to draw the game without any real difficulty. In fact the Russian had some chances to press for an advantage towards the end.

This World Championship is turning out to be much more keenly contested than what the experts thought. Magnus is unable to convert his advantage and Karjakin is holding his own in complex middlegame fights. It might well be that Sergey senses his opportunity and goes for the kill in the sixth round. But before that let's have a look at some key moments in the fifth game.

Key moments in the game 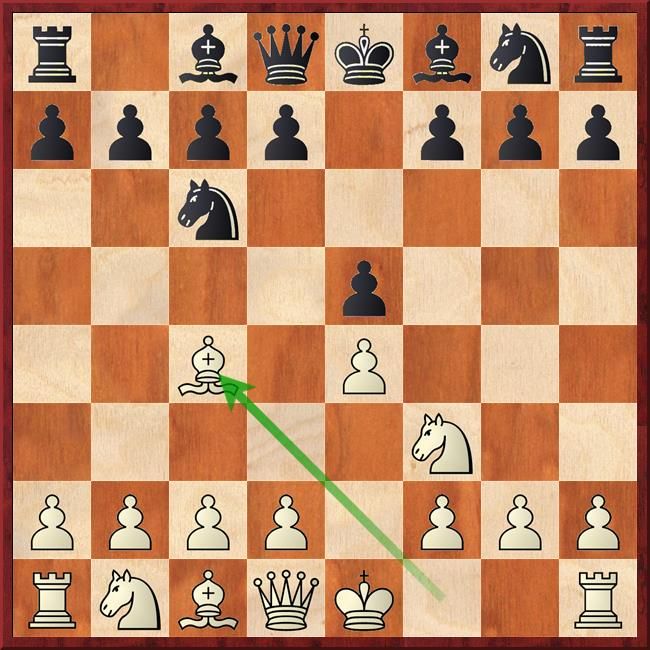 Seeing the Guioco Piano no longer comes as a surprise because it has been played extensively at the top level. In any case, it was a welcome change from the Ruy Lopez and Berlin territory. 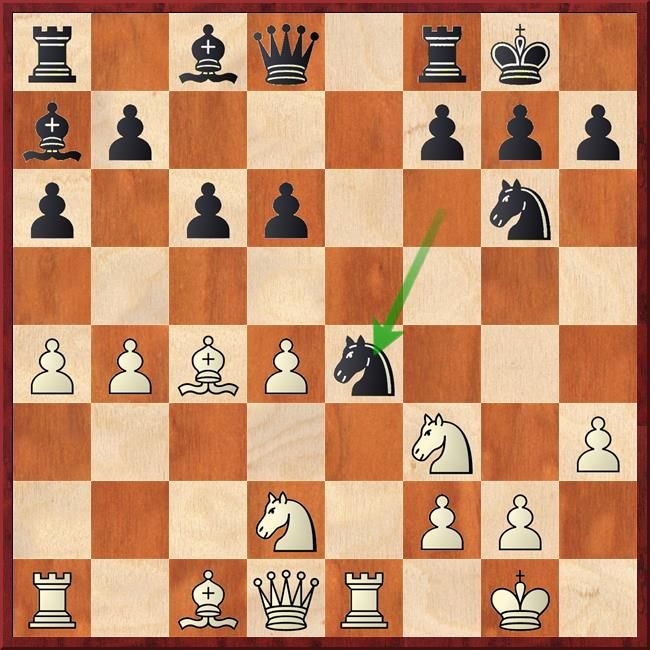 ...Nxe4 by Karjakin was a strong move. It's a common idea in the Pirc and many other openings. Of course, Magnus had seen that such a sacrifice followed by the pawn fork d5 was possible, but he assessed the resulting position in White's favour. Sergey thought Black was doing fine. It was an interesting moment of the game. Objectively the position is around even. 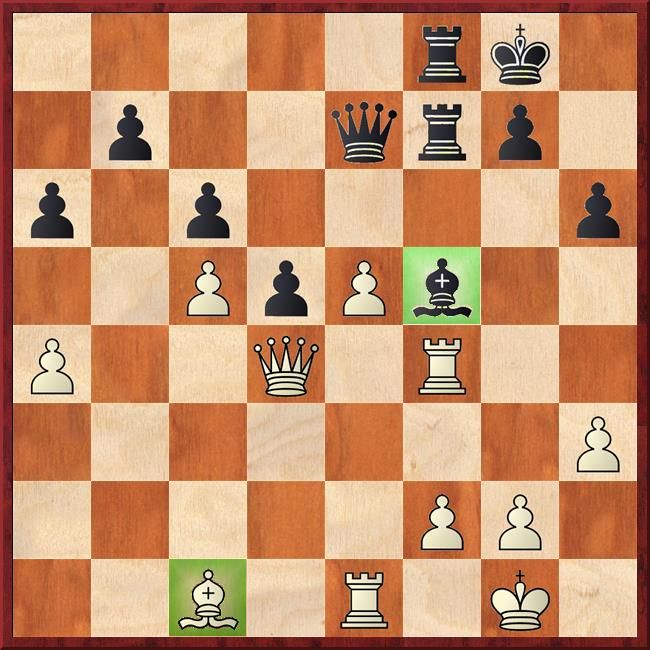 Soon we reached an opposite coloured bishop position in which both the bishops were quite good. Black's queenside majority had been blocked for good. So it seemed as if White had the advantage as he had a 4 vs 2 majority on the other wing. However, to move your pawns in front of the king is never easy and it was not possible for Magnus to mobilize his pawns. 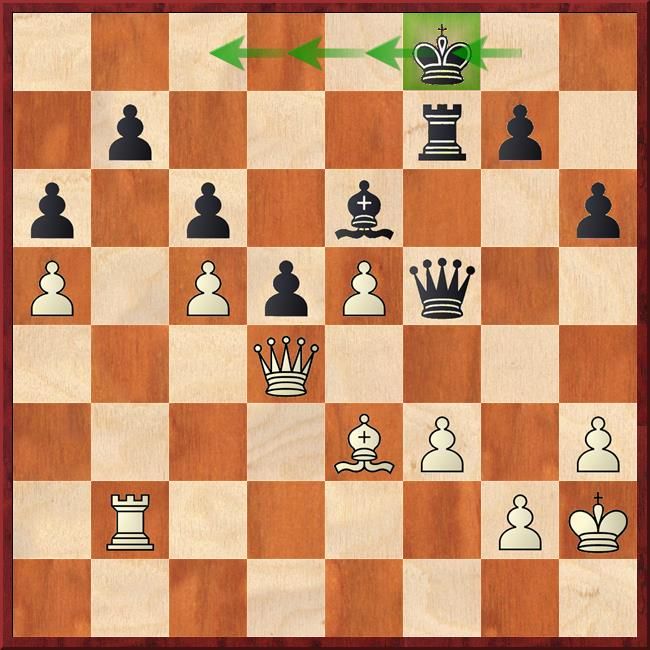 An excellent decision by Sergey. He moved his kingside out of the war zone and brought it to safety on c8. This also ensured that the b7 pawn was defended. Once this plan was found, Black was in no real difficulty. 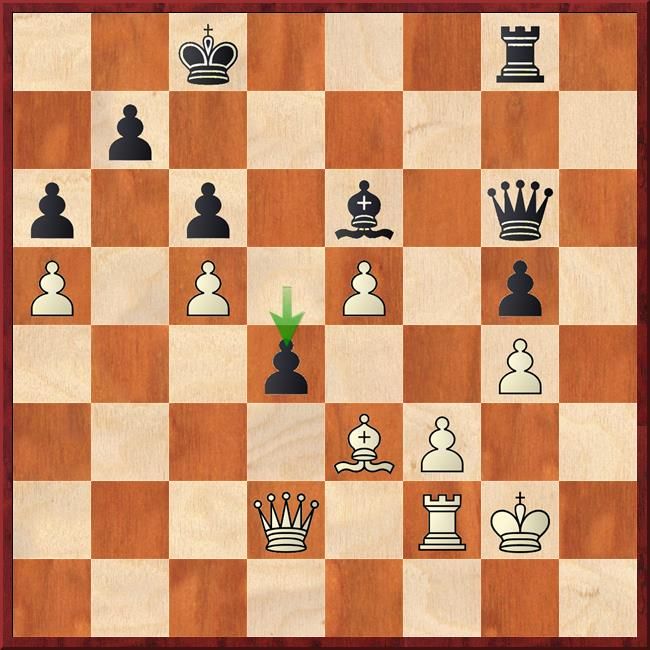 Karjakin knows his basics! Carlsen lost the thread of the game and allowed the Russian to sacrifice a pawn and activate his bishop. Sergey did just that with ...d4! and ...Bd5. He could have pressed on in the position had he got his king to safety with Kb8-a7. However, Sergey didn't play in the most precise fashion, and the game ended in a draw. 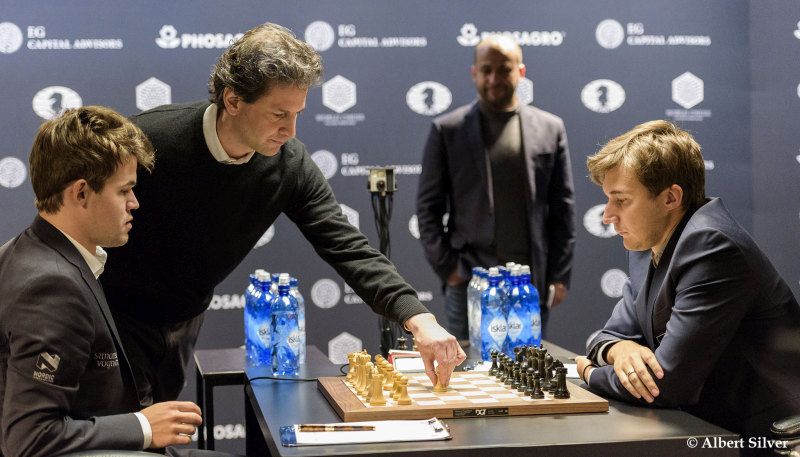 Bennett Miller makes the opening move of the game 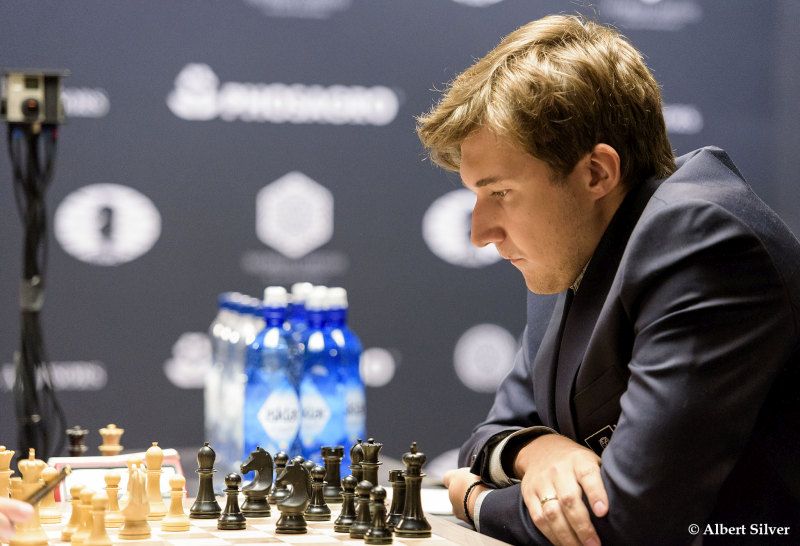 Karjakin was completely focussed and determined 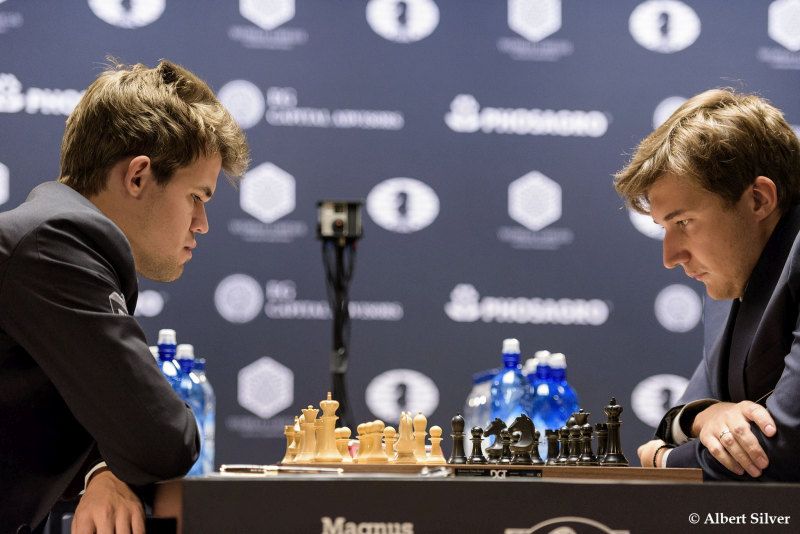 A battle of two equals?! 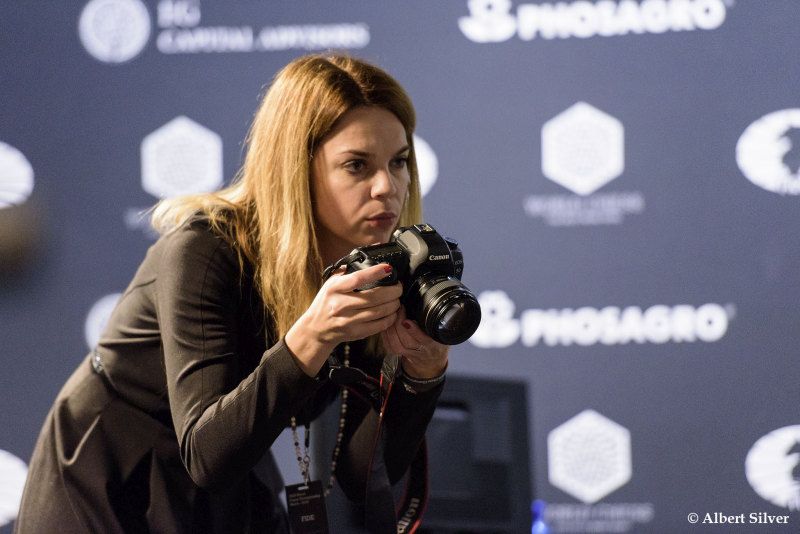 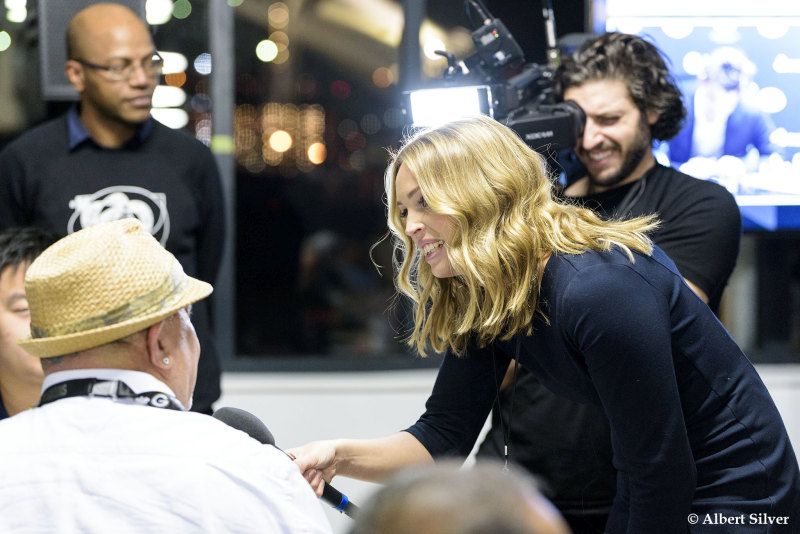