After Vishy lost his fourth round game against Karjakin, it seemed as if this tournament was not going to be nothing special. But his detractors just don't learn from their past experience! It's true and he proved it once again - It's impossible to write Vishy off! In the sixth round of the Candidates 2016, Anand played a sublime attacking game to dispatch Peter Svidler in just 24 moves. What makes this even more amazing is the fact that Peter was so well prepared in this tournament and in some of the games he played theory until the 24th move mark! But he couldn't withstand the roar of the Madras Tiger. We have indepth analysis for you by IM Sagar Shah from Moscow!

Round six article in the popular online news website : Firstpost

Click on the image below to read the entire article 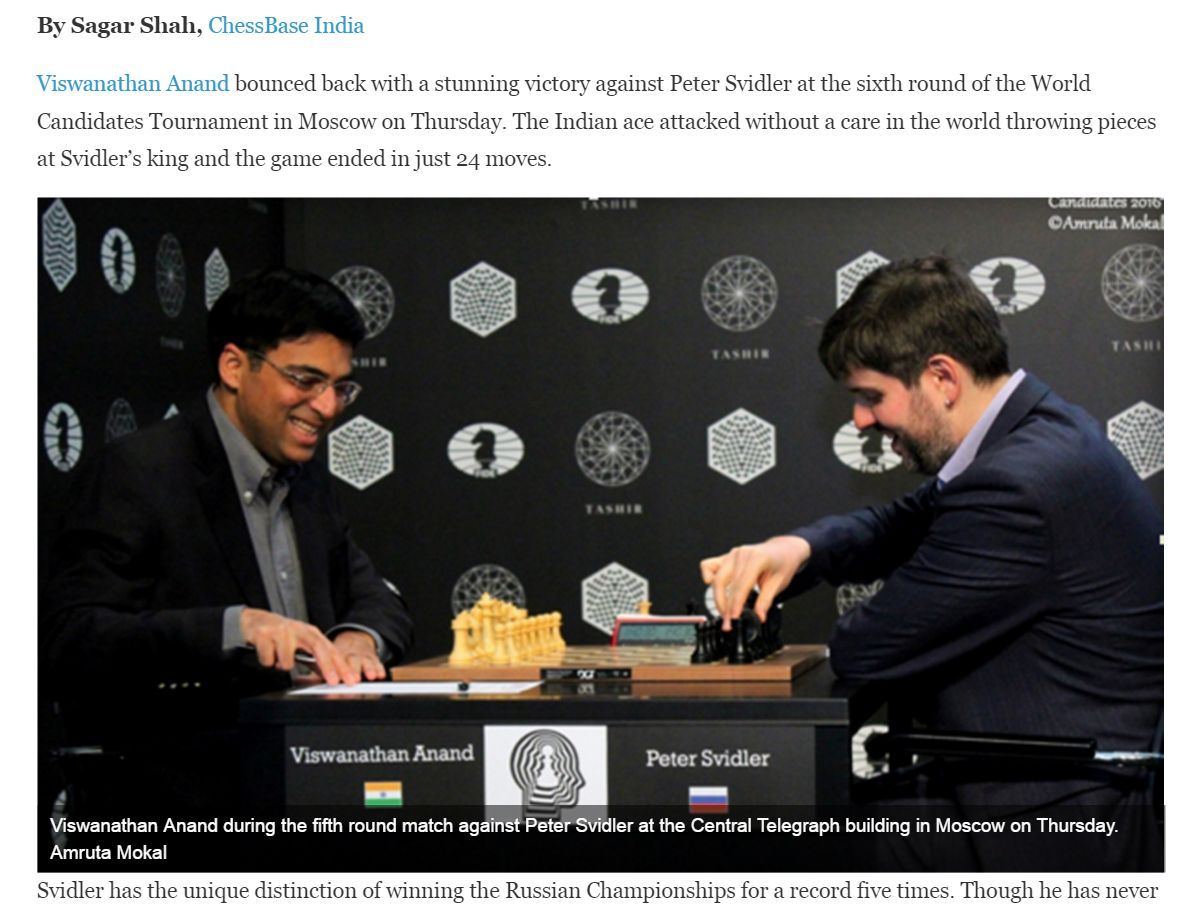 Anand on his win against Peter Svidler