Sinquefield Cup 2017 Round 3: Five draws, but lot of excitement

The third round was a relatively sedate one from the point of view of results. All five games ended in a draw, but they were not without excitement. Anand was pushed back to the wall by Carlsen, but the Indian GM held his own in the rook endgame. Svidler and Nepo were both under pressure against MVL and Caruana, but with resourceful play survived. We have some exciting pictures, analysis and post game interviews. Round three report from Saint Louis.

If one can pinpoint Carlsen’s most effective winning tool over the board, his win against Anand in the 5th game of the World Championship Match at Chennai 2013 comes to mind. Liquidating into an endgame with a slight pull, Carlsen slowly pressurised Anand in an endgame with two rooks and a bishop each, improving his own pieces while specifically tightening focus on his opponent’s pawn weaknesses. Ultimately the tension of defending raises to such a level that an opponent who is forced to find only moves over the board for hours on end, cracks and even blunders the game - this was the method which helped him even dethrone Anand as the World Champion, and probably his main chess strength, in the broader analysis.

In contrast, whenever Anand has prevailed over Carlsen - ignoring those games where Vishy’s feared opening preparation set stage for a favourable outcome - it has been through creating dynamism and chaos, invariably directed against the opponent’s king. A clear example is Vishy’s attacking win over Carlsen from the 4th round of the Stavenger Tournament, Norway 2015.

When the third round game of the Sinquefield Cup did not produce any such chaos after a particularly sedate opening play seemed to favour neither side, it raised visions of a Carlsen speciality grind. 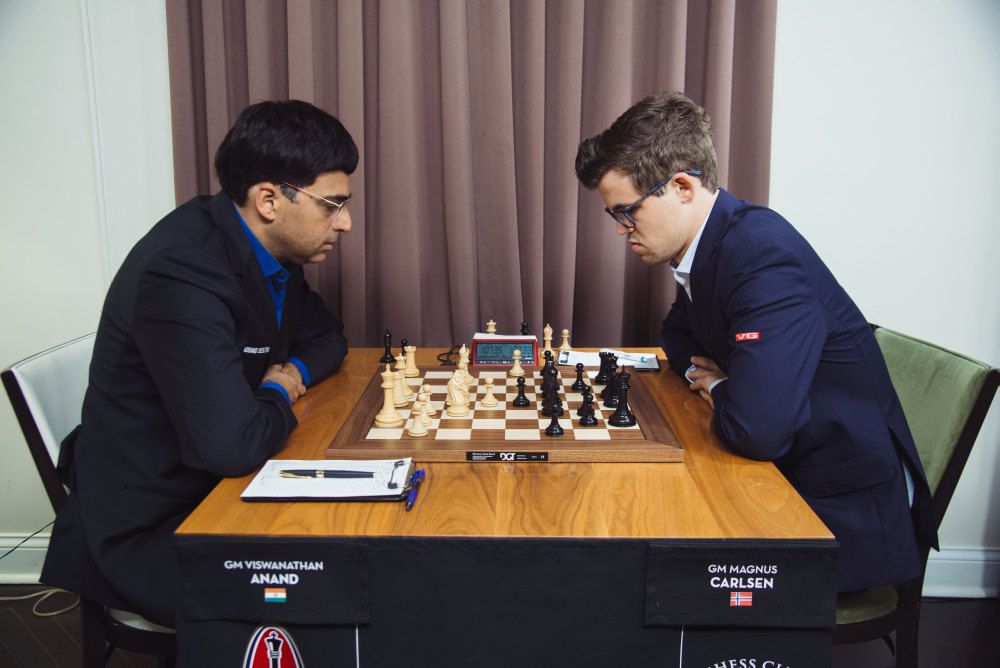 Anand vs Carlsen - an important matchup of the 3rd round, between the current and past world champions who have faced each other 57 times so far in classical games | Photo: Austin Fuller

And when Carlsen played 22...Rb5, it looked exactly the turning point when the world champion would turn the screws on Anand and start applying pressure. 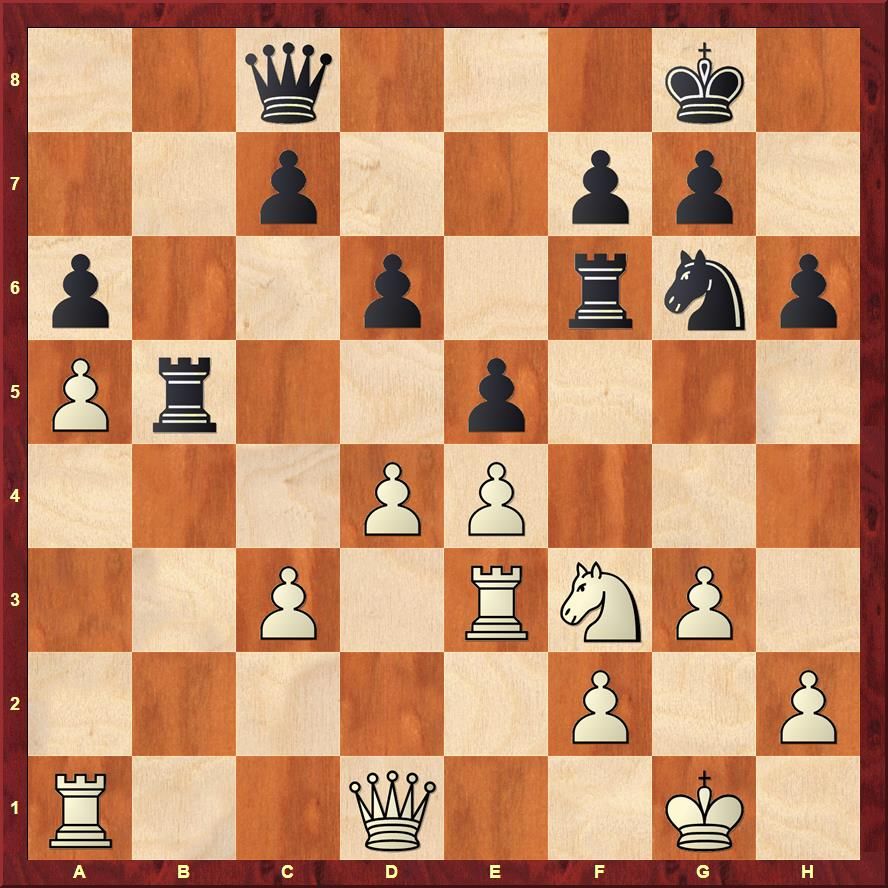 A favourite position for Carlsen - not facing any threats himself, black has strategic weaknesses to attack: the weak pawn on a5 and the kingside in general. Almost all his pieces are in the maximum state of development they can enjoy, and the opponent doomed to a long defence. 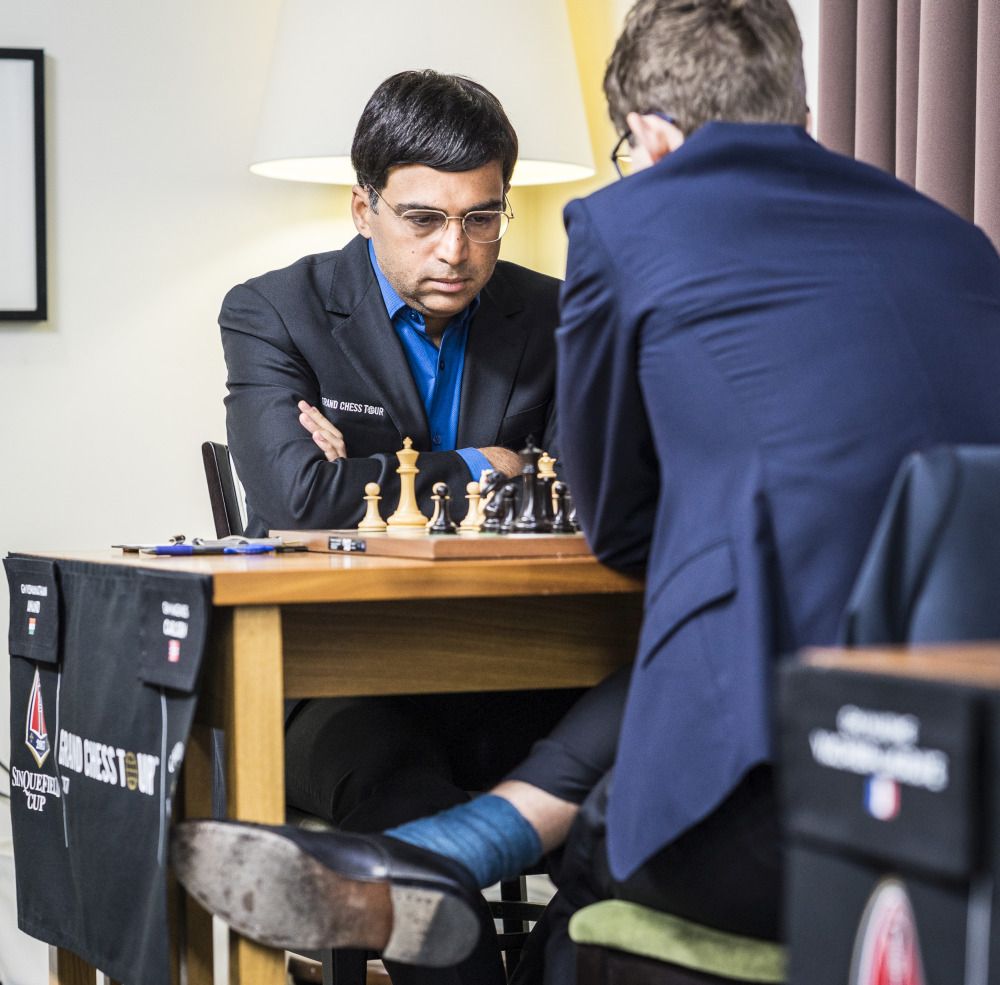 Anand had to undergo considerable pressure in the endgame | Photo: Lennart Ootes

And this is when Teimour Radjabov came up with his ominous line:

Anand may lose this. #SinquefieldCup

Thus, all looked set for a favourite Carlsen grind to start, and it was left to Anand to bring one of his best strengths over the board, his ability to defend difficult positions. By 37.Rac4 he looked to have found a decent defence construction, but missed the important 38.Nc4 after which his defence could have been easier. 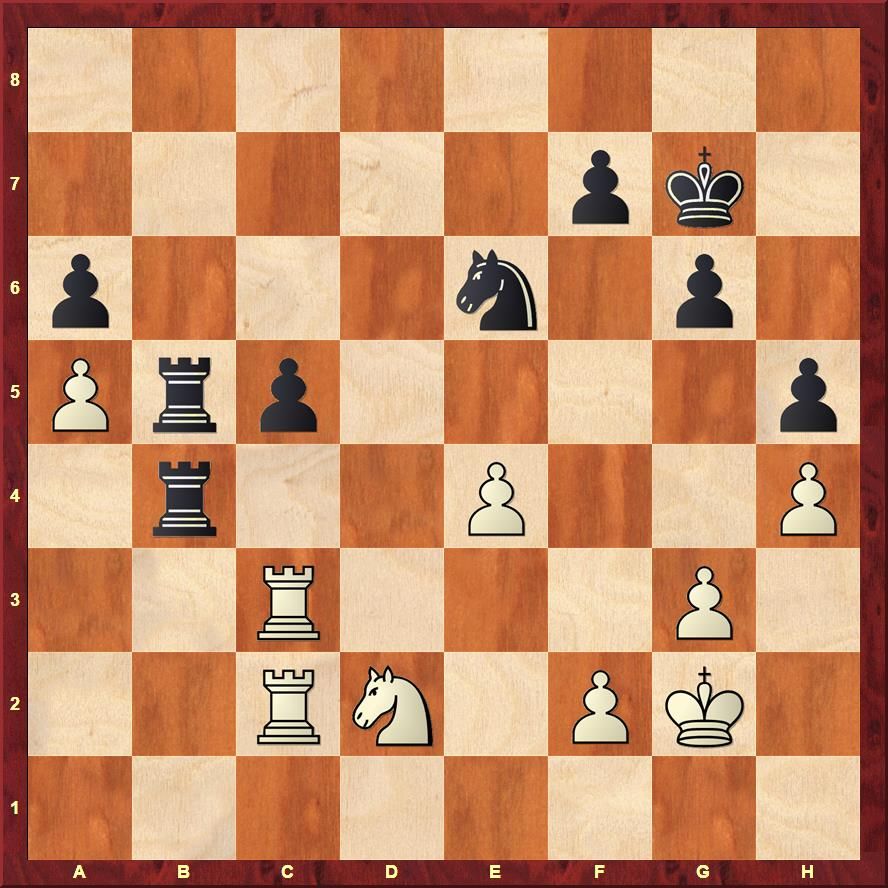 Now, 38.Nc4 could have made white’s defence much easier.

And suddenly blunder alert sounded when Anand seemed to have blundered a pawn on the proverbial 40th move, seemingly overlooking a knight fork. 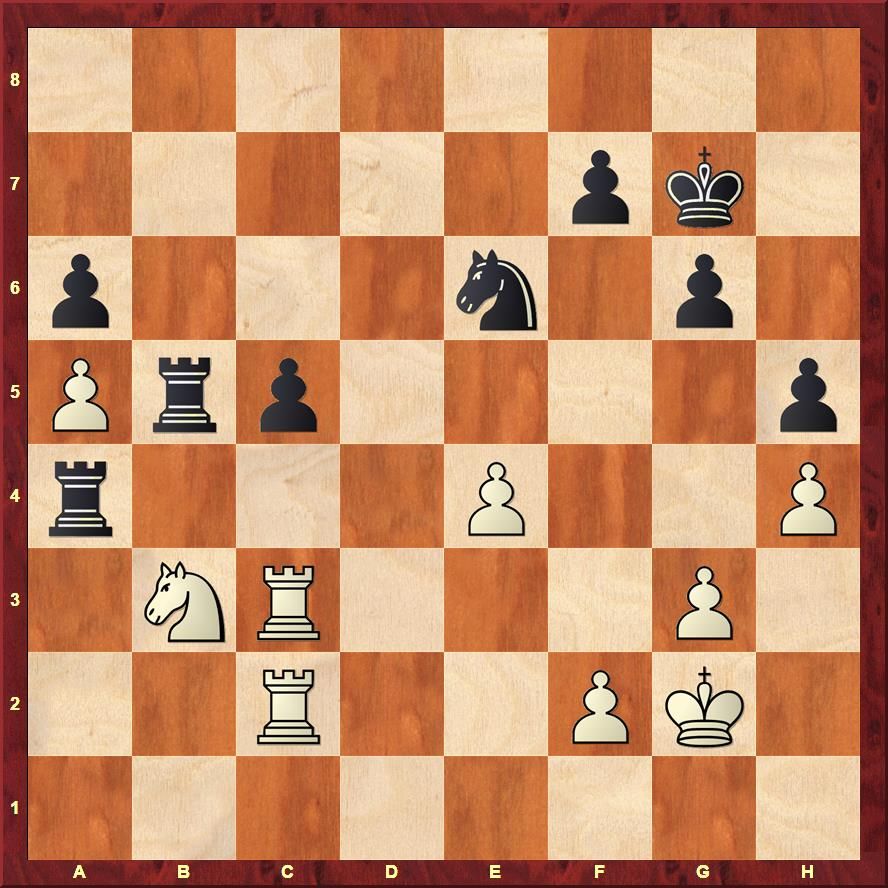 Another of those endless reminders that it could happen to the best of the best, too! Vishy seemed to have blundered into a knight fork losing a pawn, as Carlsen continued 40...Rxb3 41.Rxb3 Nd4 and ultimately pocketing the a5-pawn.

But the resultant endgame with an extra pawn turned out to be an anti-climax as Vishy held the draw without any fuss, after five and a half hours of play. Carlsen would later remark, “I was a little bit disappointed that I couldn’t get more once he made this mistake and missed this little fork. He gets a good version of a rook ending keeping my king out. I can advance the (a-pawn) as much as possible but I never managed to get the king in the game. I was hoping that there would be more practical chances”.

And the surrealistic moment came after the game when Carlsen admitted in the post game chat that he was ‘fairly weak in both the practical and theoretical endgames’!!

Maurice Ashley: When were you weak in endgames?! (laughter all around)

Magnus Carlsen: When I was little.

Ashley: How little you are talking (about) - Eight?! 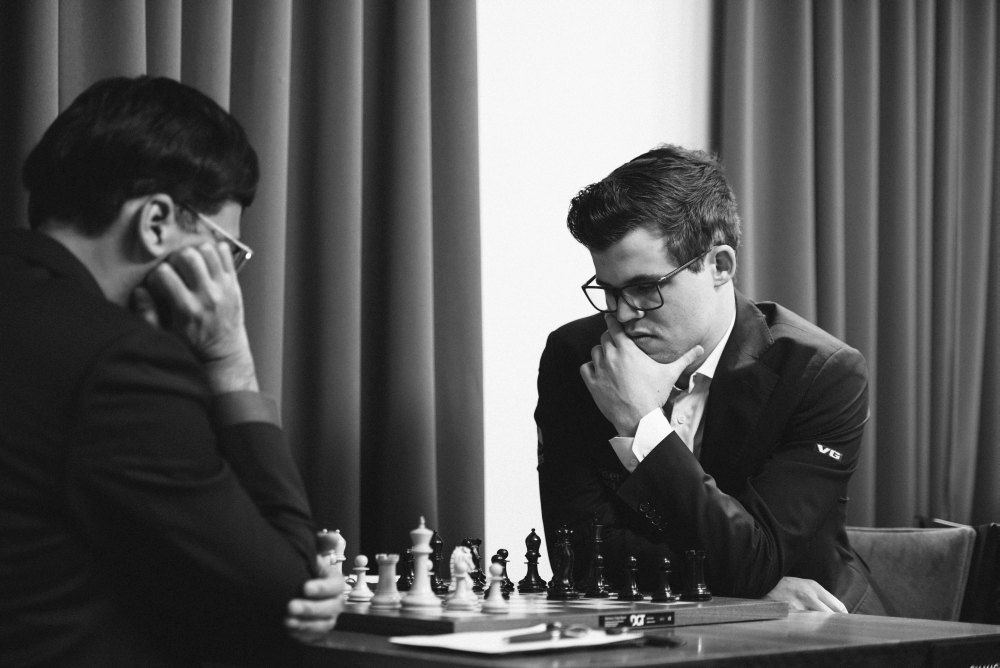 If at all any of the other games promised to produce a result, one of them was Vachier-Lagrave vs Svidler, where the Frenchman pocketed a pawn sacrifice and looked to have a clear advantage. 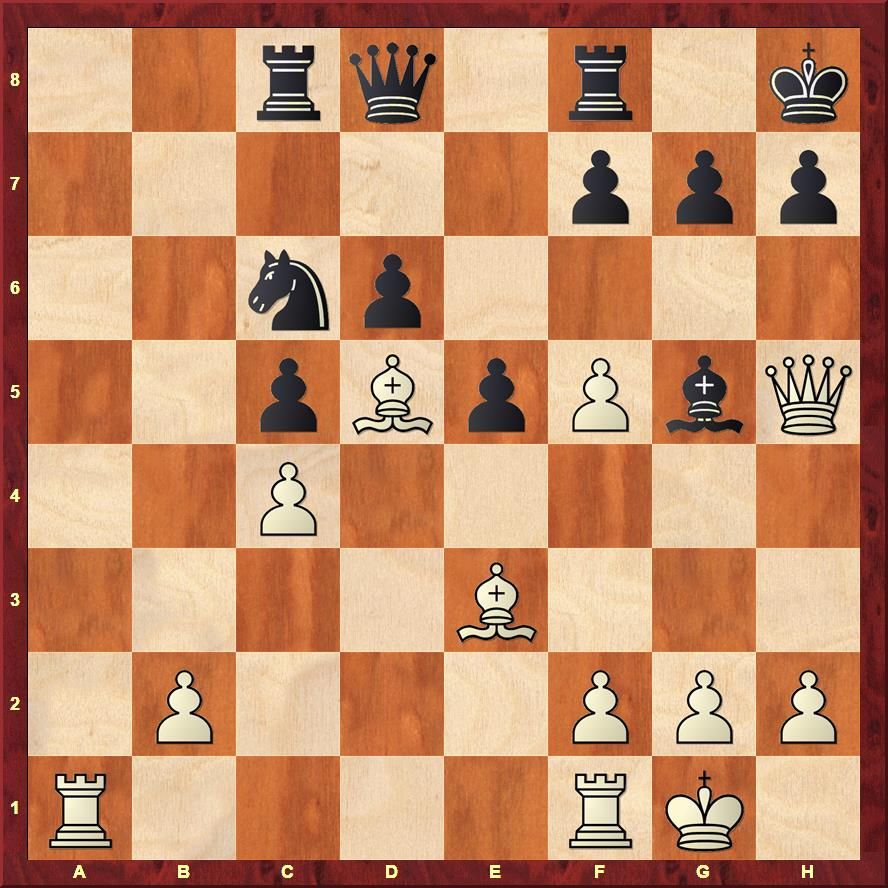 A curious but familiar case of a player's intuition vs the machines dogmatism?

Svidler went for 21...h6 here, but felt 'the game was effectively over', whereas Vachier-Lagrave felt 21...f6 was still playable. Svidler considered 21...Bxe3 22.fxe3 f6 23.Rf3 followed by Rg3 and ‘I should eventually get mated!’, whereas the engines considered ...Bxe3 to be the best choice for black and not a disaster, yet. Svidler kept fighting and found a powerful counterpunch… 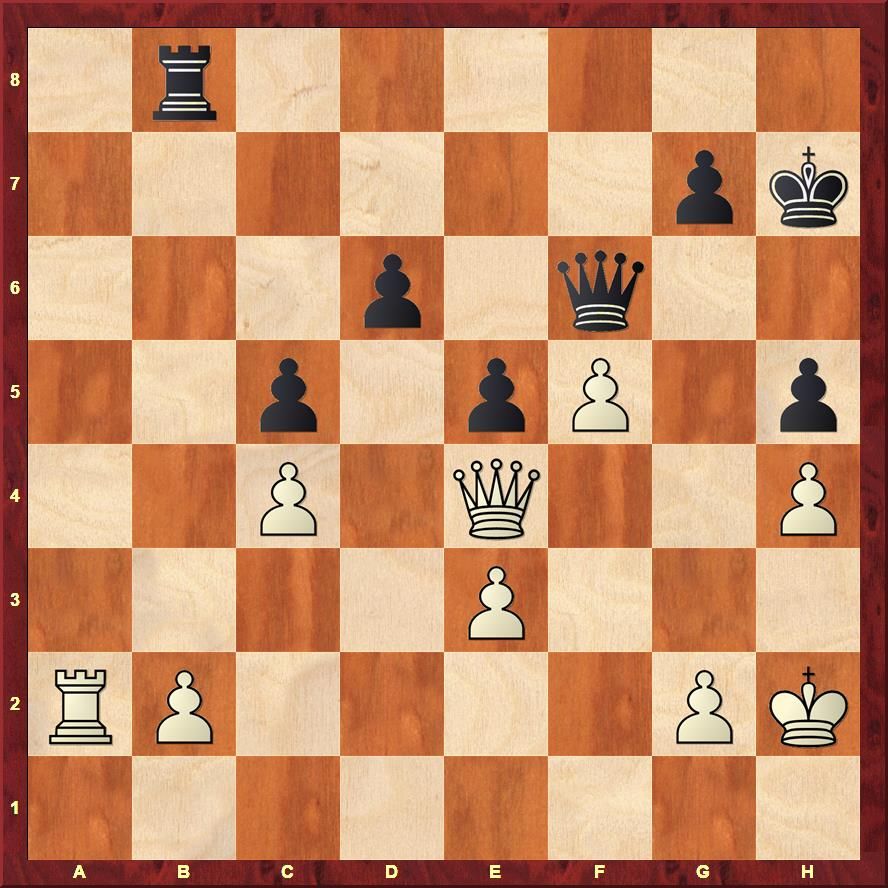 Here came the nasty blow 32...d5! after which Black created enough counterplay to draw the game. The point of the push was that, after 33.cxd5, Black’s rook joins the party with 33...Rb4, and after the forced 33.Qxd5, Svidler had an immediate draw in hand 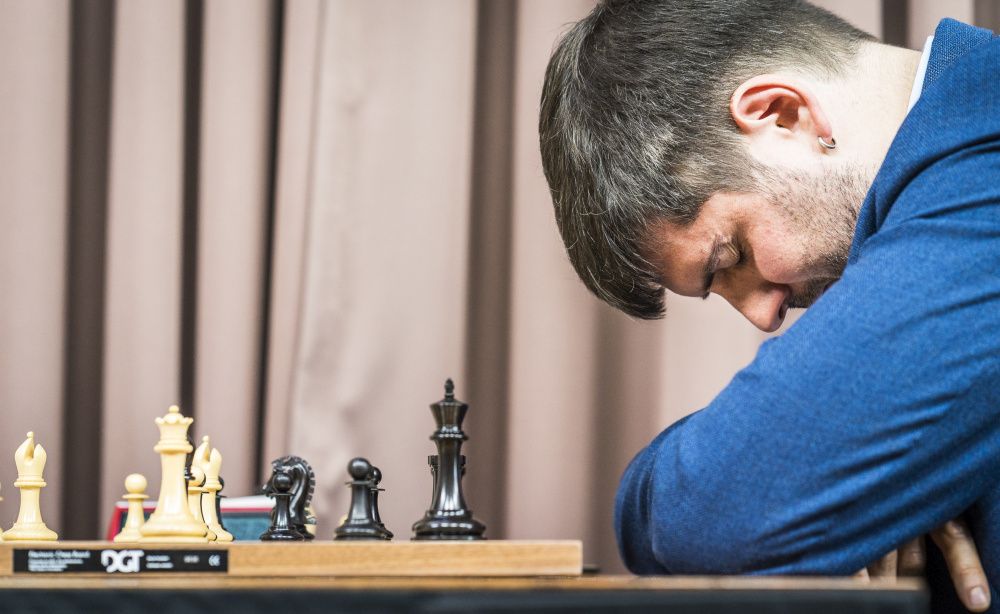 Peter Svidler - Dodging a bullet, digging himself in and fighting back when it mattered | Photo: Lennart Ootes 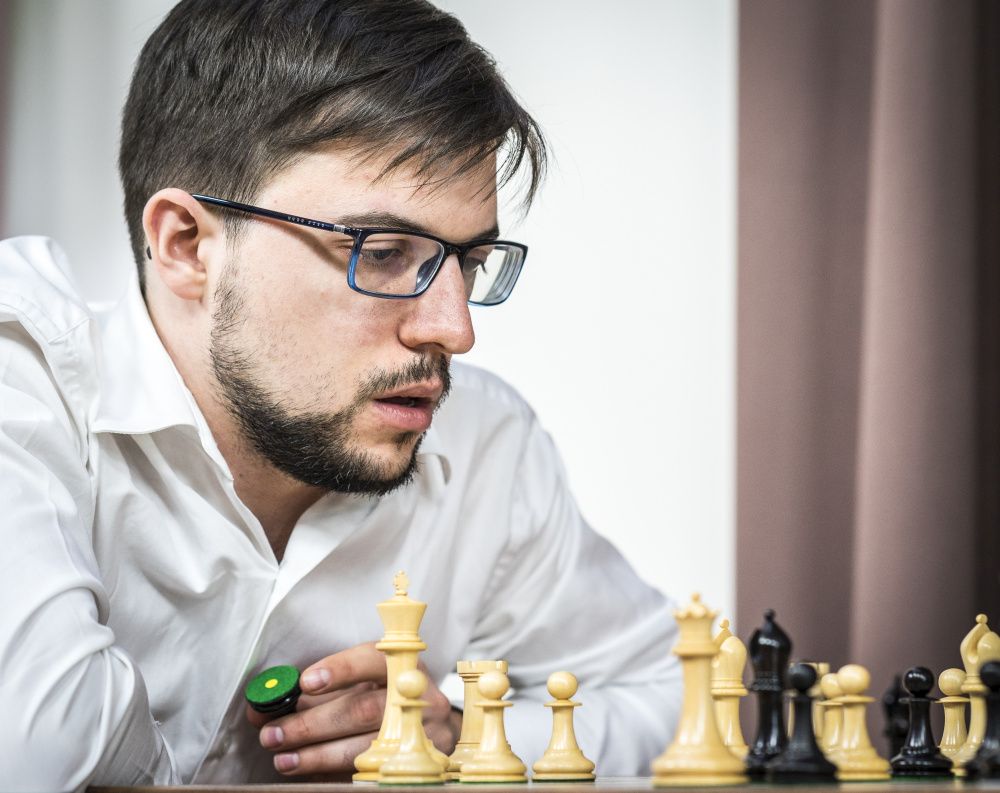 The other biggest fight of the day belonged to Caruana - Nepomniachtchi featuring an offbeat line from the closed Sicilian which has surprisingly been adopted a lot at the top levels. In a classic case of a race between white’s attack on the kingside and black’s inroads into the queenside, black appeared to be in some trouble after 22.g5 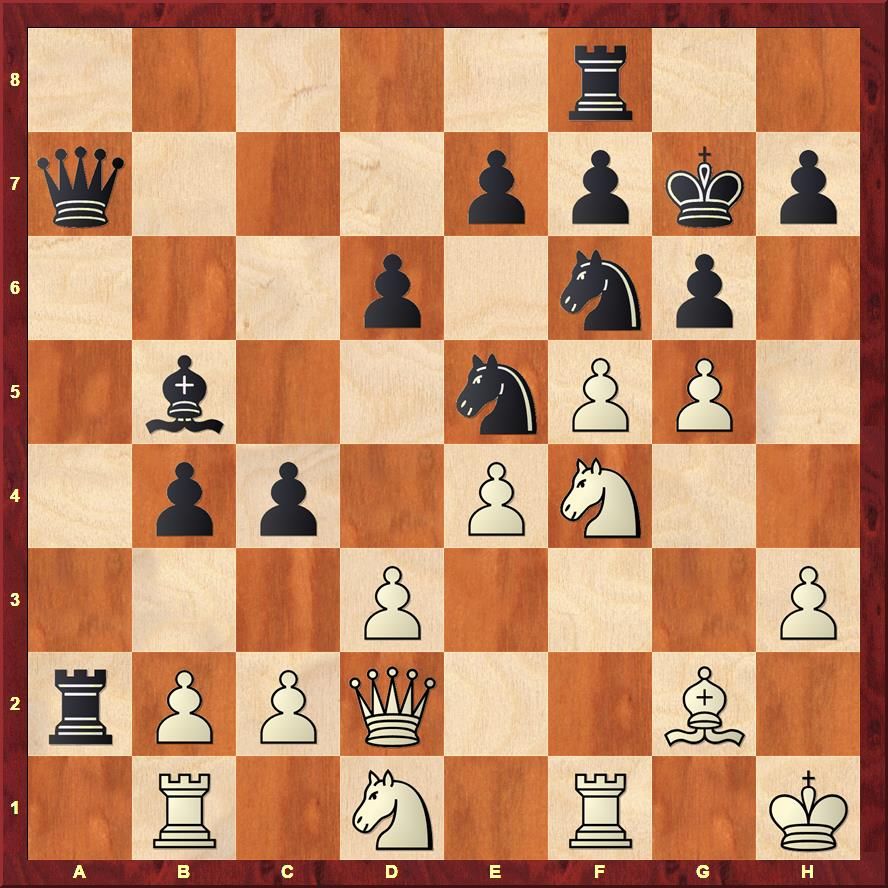 White seems to be doing quite well here, as black’s rook at a2 ultimately comes under threat rather than being an asset. After further uneven play, white was poised to win the exchange but he captured it in the wrong way. 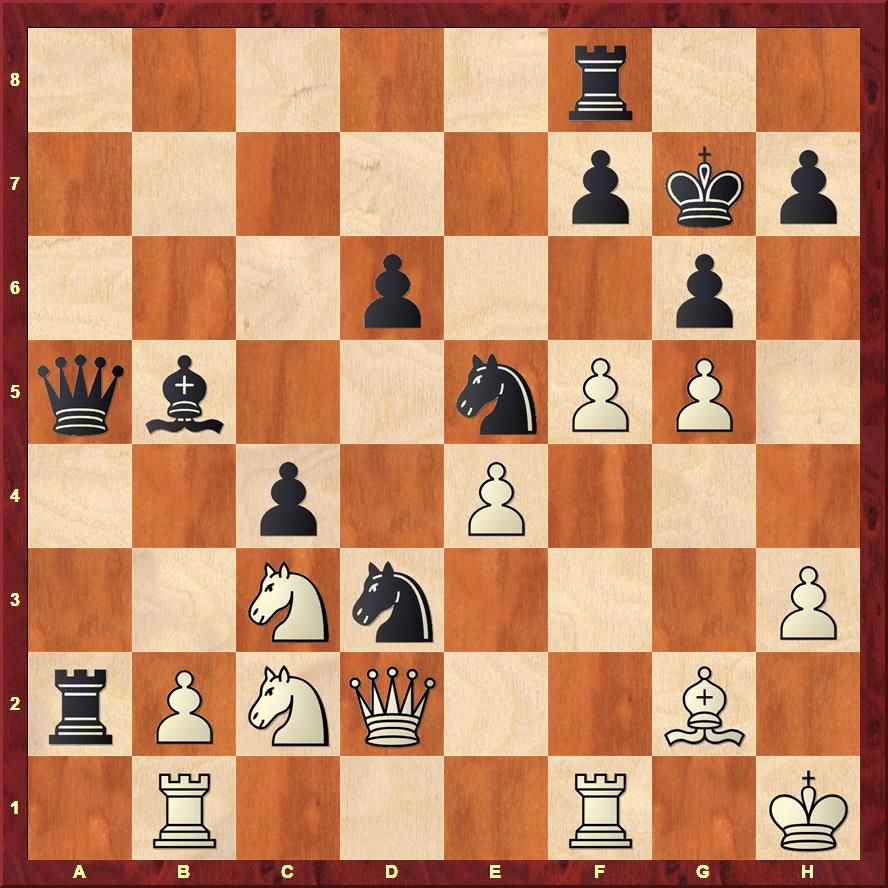 Here, rather than capturing the exchange with the straightforward 29.Rfd1, Caruana preferred 29.Nd4 Bd7 30.Rfd1 Qc5! And Nepo had messed up the position enough to force complications. 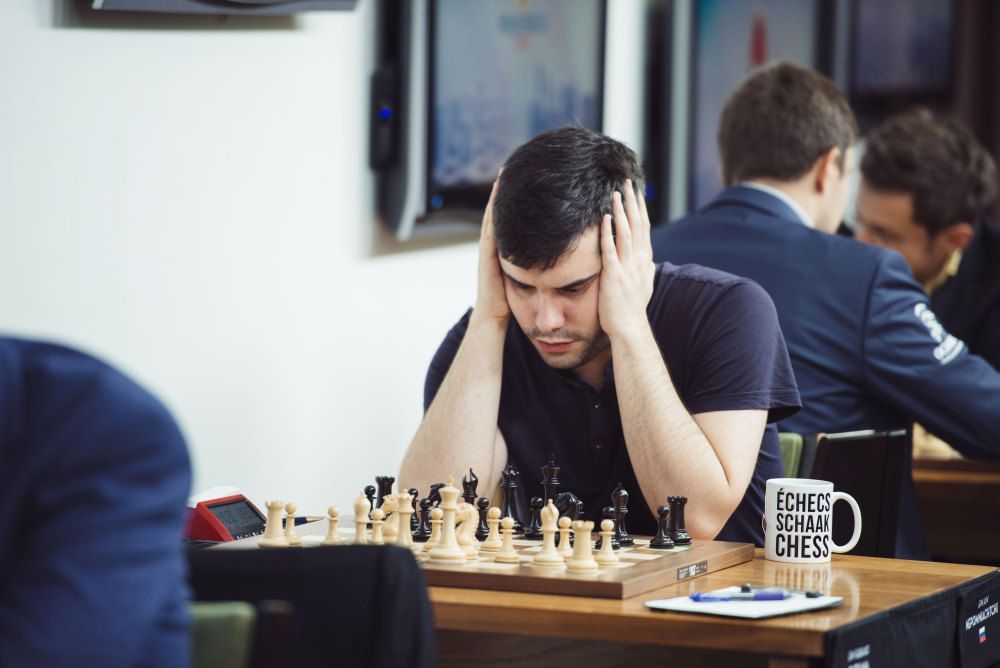 Even after starting the event with two losses, Nepo found enough gumption to engage in a complicated battle to his credit | Photo: Austin Fuller 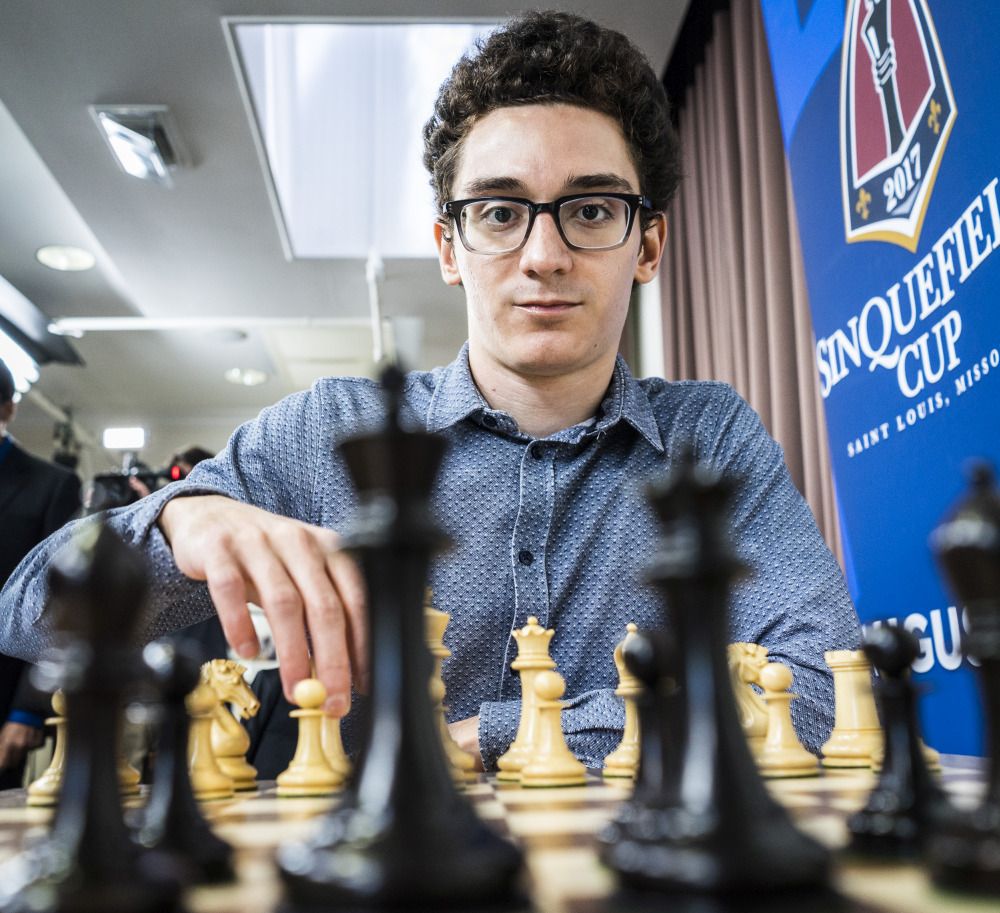 Compared to these three games, the other two games didn’t match up in terms of interest quotient. Even though the all American clash of So - Nakamura was a long drawn affair, Nakamura held his own to draw a pawn-deficit ending. 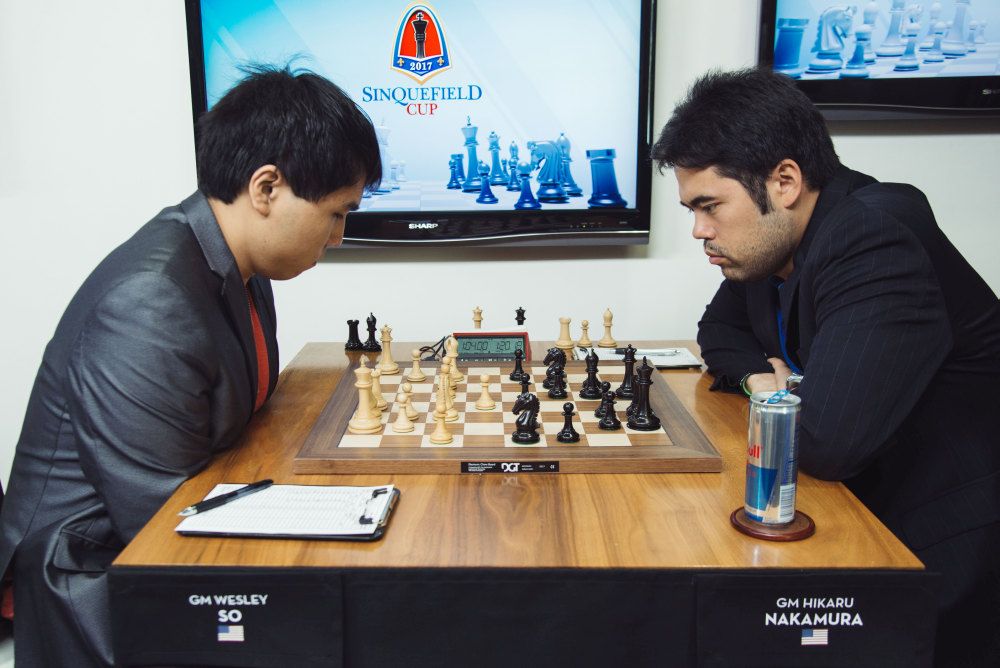 Comparatively, Karjakin - Aronian was even shorter, with a 23 move draw from a three-fold repetition. The result was probably understandable, considering the defeats suffered by both the players in the previous round and their eagerness to have a large breath today. The only point of interest about  the affair was Aronian’s shirt, which found an admirer in the commentator Yasser Seirawan, who found it worthy of a fashion designer’s attention! And Karjakin came up with quite a pose when asked about his fitness. 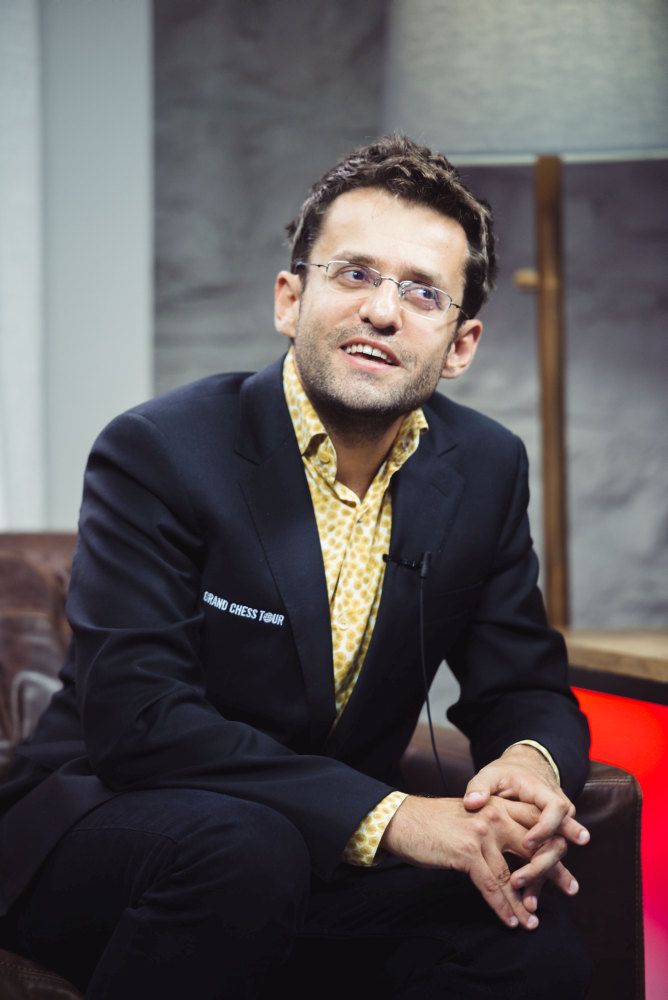 Aronian - pretty pleased with his probably silk and definitely expensive shirt which he got from London or Paris | Photo: Austin Fuller 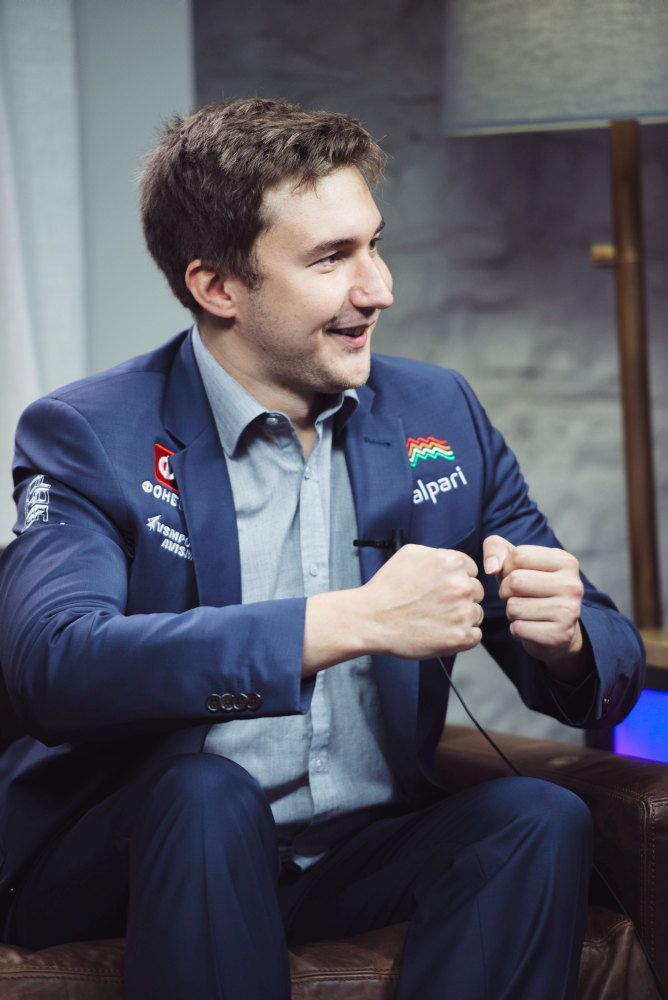 Crosstable after round three: 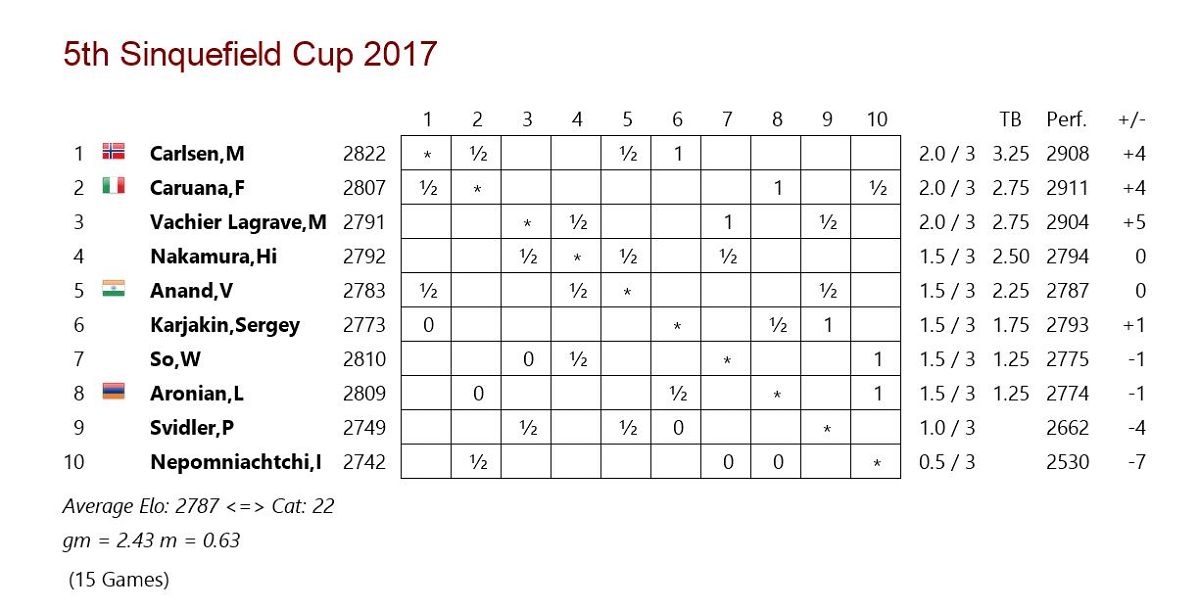 Round one: Viswanathan Anand draws first round game against Hikaru Nakamura of United States

Viswanathan Anand impresses despite draw with Peter Svider in second round