The city of Chennai was devastated for a second consecutive December when a cyclone hit the coast. But this did not stop the Shaastra Rapids, part of the IIT Madras college festival, from going ahead. The number of players participating did get affected but the quality of the tournament did not. Two grandmasters, six international masters and several fide masters vied for the Rs. Two lakhs prize money. Let Prof. Anantharam tell you who laughed his way to the bank. Tip: it was not the monkey. 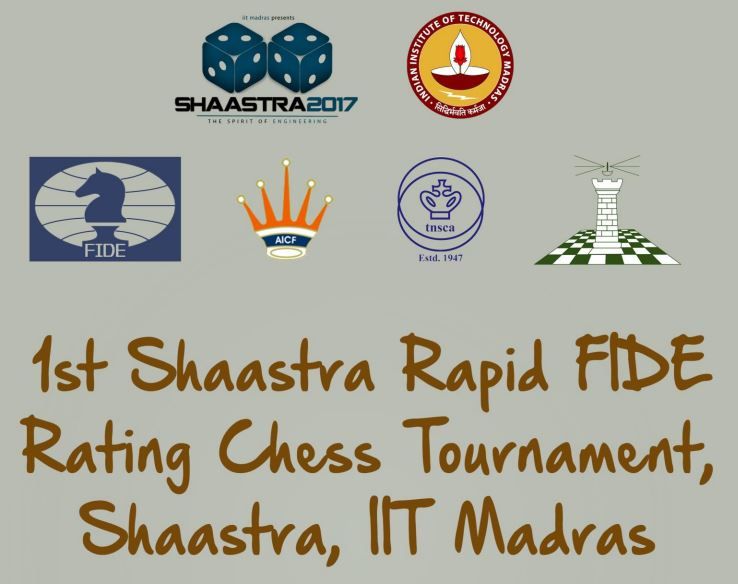 When the Vardha cyclone devastated Chennai in the third week of December, it not only wrecked Chennai but also hit the 1st Shaastra FIDE Rated Rapid Tournament, which was a part of the Shaastra college festival, organized by IIT, Madras. Two grandmasters, six international masters, and several fide masters vied for the Rs. Two lakhs prize money.

In the rapid tournaments, the classical ratings and titles often go for a toss. Would any of these titled players defy the trend and emerge victorious? 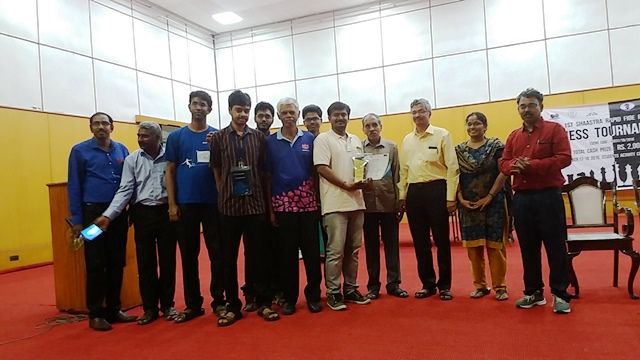 Untitled P. Saravana Krishnan of Karur Vysya Bank made a mockery of the titled players, by winning the tournament with an amazing all win record. To add to it, the runner-up Akash Pc Iyer, a former Under 18 Commonwealth Champion, is also an untitled player. 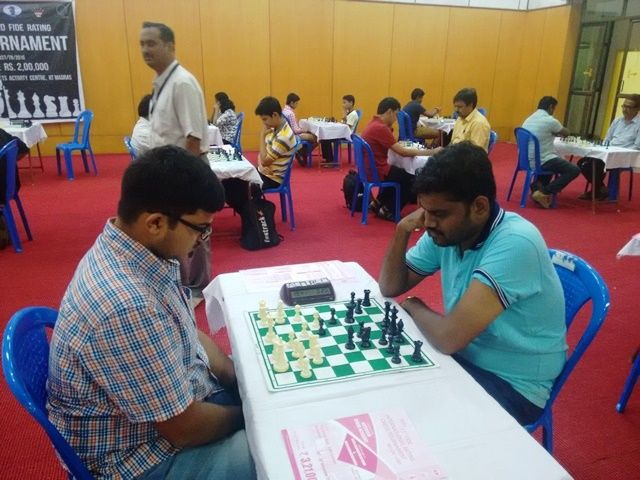 Akash Pc Iyer (left) had eight wins and two draws to finish runner-up. He defeated former national blitz champion Ram S Krishnan (right) in the eighth round and GM Vishnu Prasanna in the ninth round.

Youngsters had little respect for ratings or titles as many of them defeated or drew against much higher rated opponents. IM Praveen Kumar of ICF had to be content with a draw against S Alagappan of Tamil Nadu, rated 820 points below him, in the second round. Similarly, S. Jayakumaar of Chennai drew with IM S Nitin of Railways, who had 700 rating points more. Upcoming youngster K. Senthil Maran, also of Chennai, split the point with GM MR Venkatesh in the fifth round. 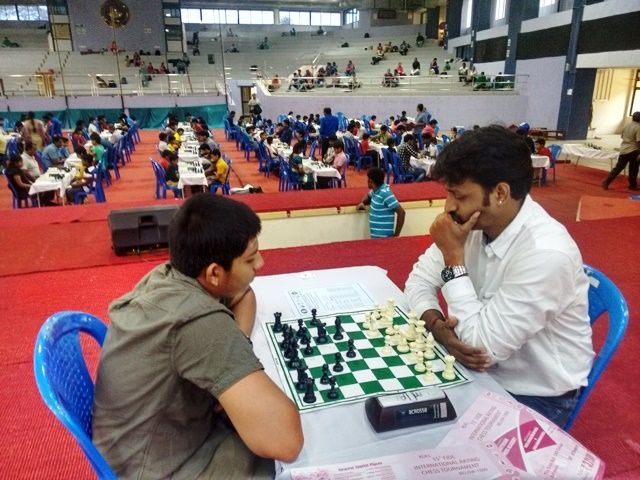 GM Vishnu Prasanna and Saravana Krishnan led the table jointly with 6 points each at the end of the sixth round, wherein Saravana quelled the challenge of IM TU Navin Kanna. Once he started the demolition work, Saravana Krishnan maintained the tempo outwitting GM Vishnu Prasanna and GM MR Venkatesh in the seventh and eighth rounds respectively. He finished the tournament in style by conquering the top seed IM Srinath Narayanan in the final round. 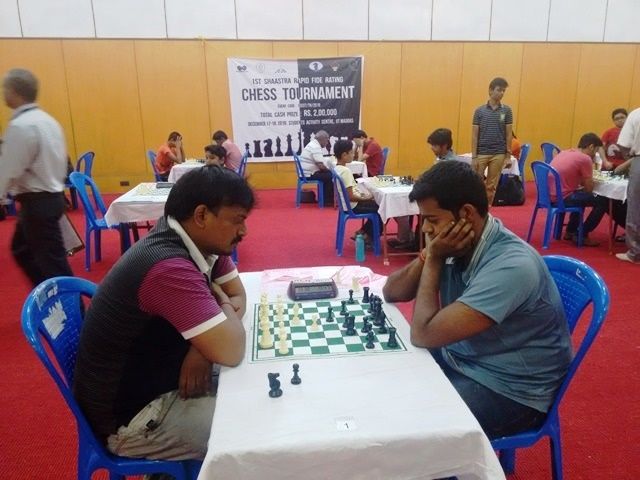 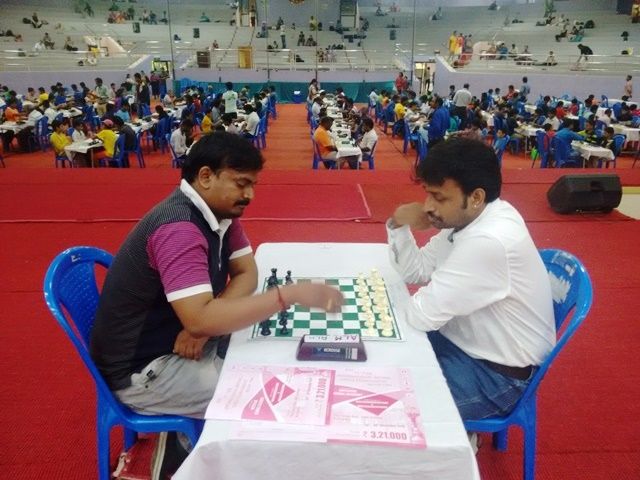 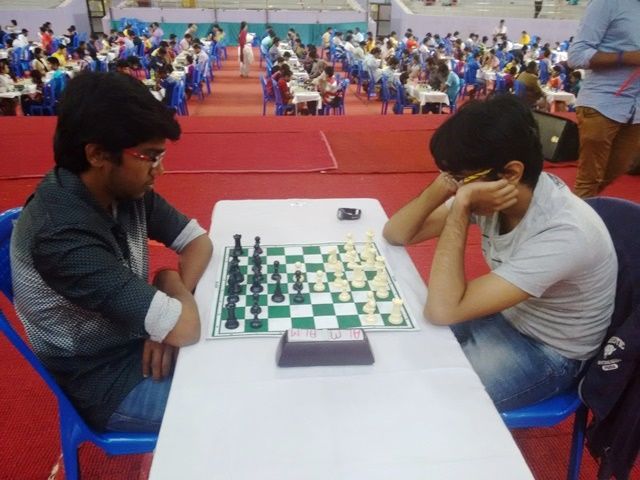 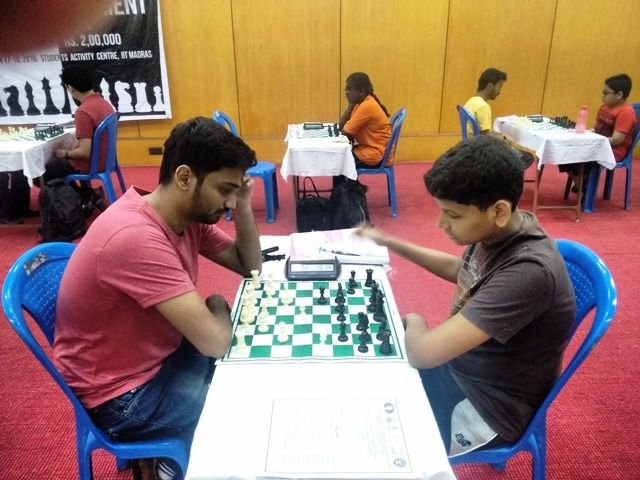 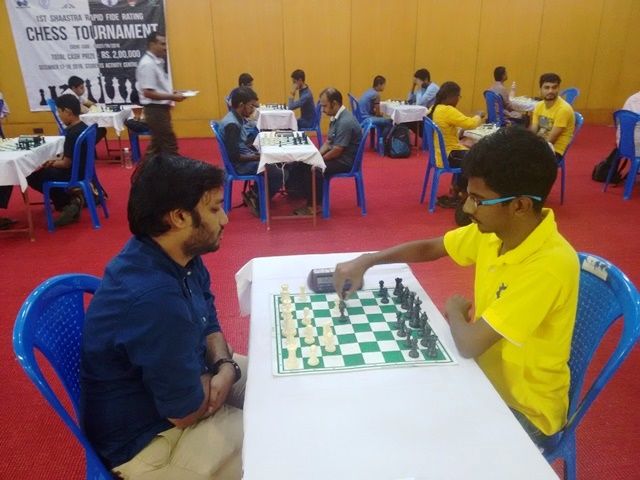 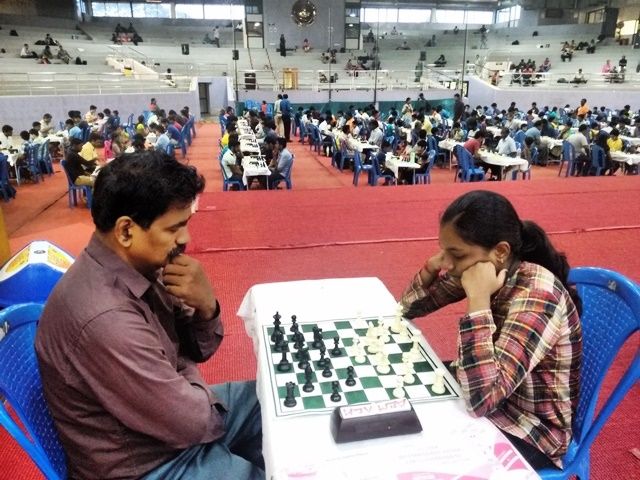 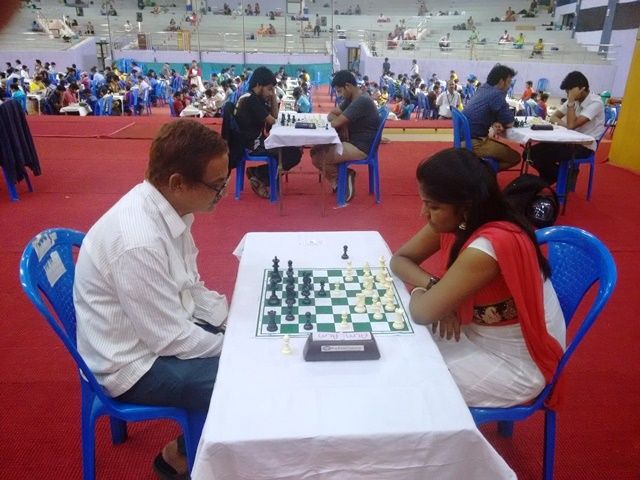 The tournament was held in a big centrally air-conditioned auditorium, sufficient to hold 600 to 700 players. A total cash prize of two lakhs rupees was offered, the winner getting Rs.30,000/-. 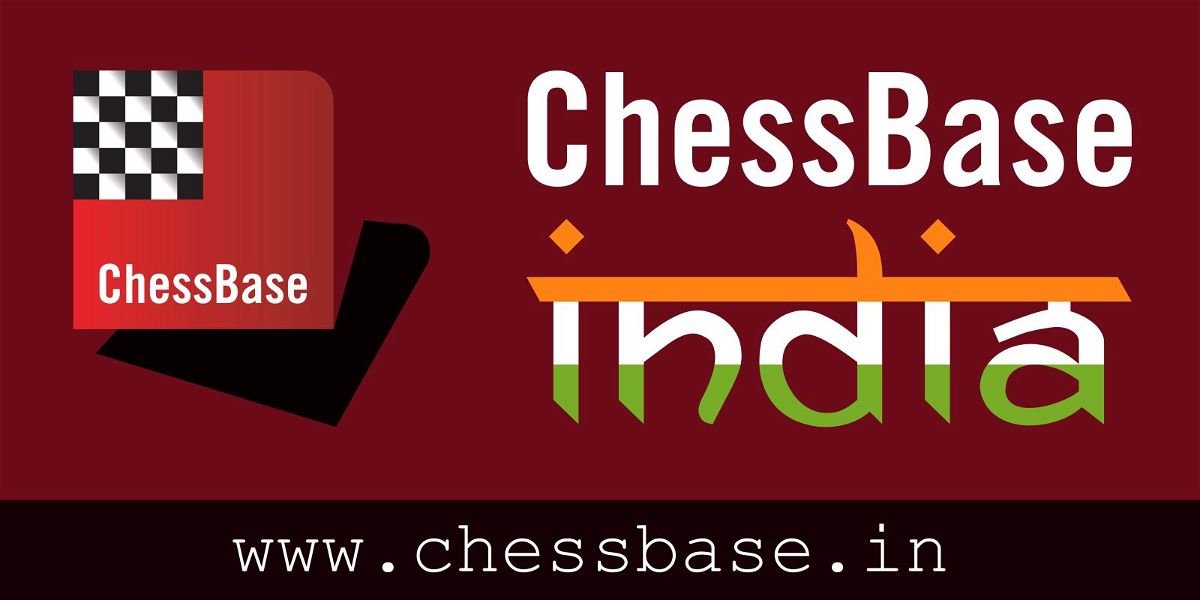 Every participant also won a ChessBase Account Premium Membership for three months with some amazing features. 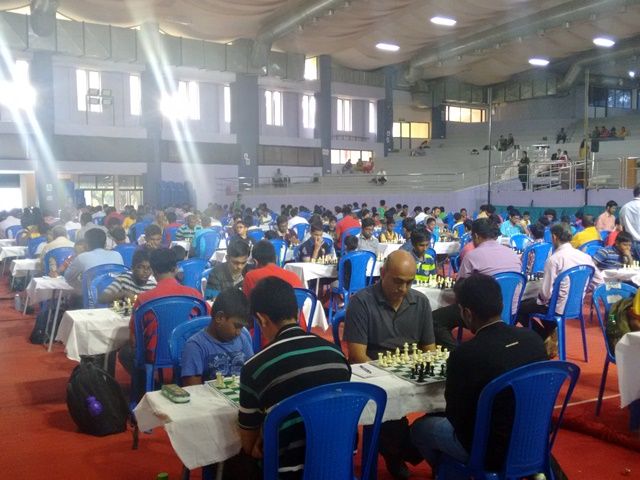 A view of the centrally air conditioned playing hall

IIT Madras is one of the most prestigious institutions for higher education and research in India. It is situated in a forest like atmosphere made up of a variety of flora and fauna—deers, monkeys and other animals and birds.

Deers crossing the roads in IIT Madras is a common sight 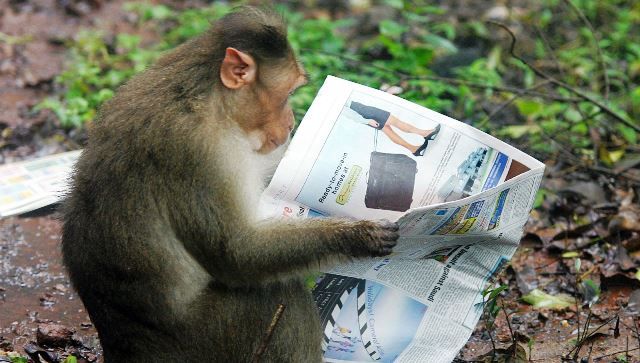 A monkey in IIT wants to become an IITian 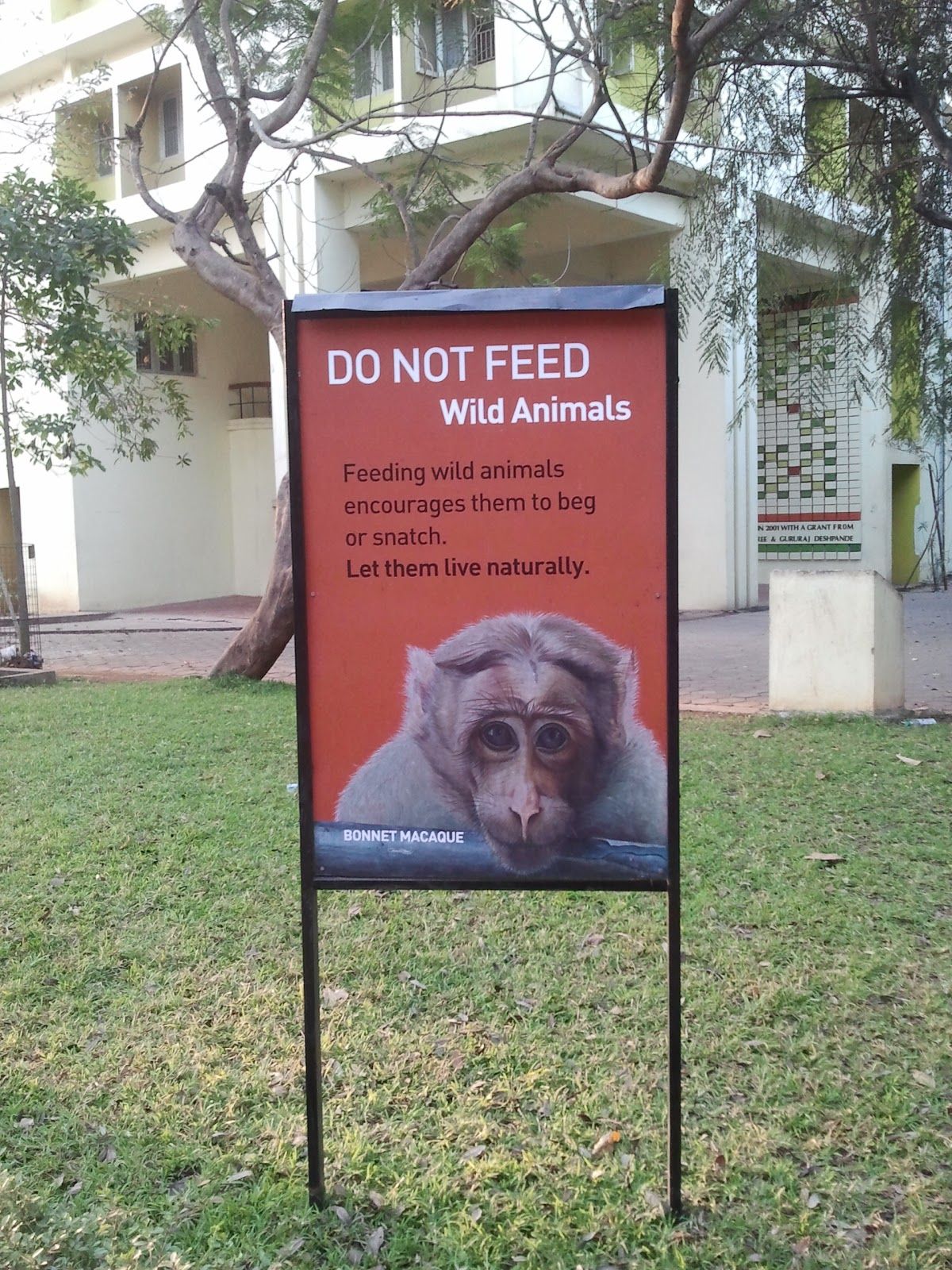 A self-explanatory standee in IIT-Madras 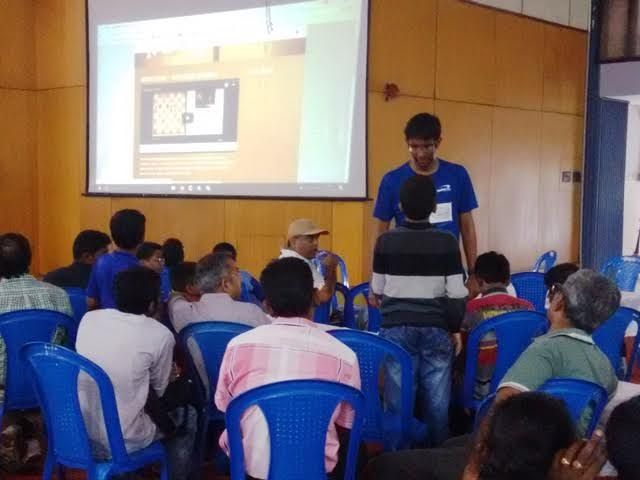 ChessBase India workshop by Nitin Pai—one of the key organizers behind the tournament.