Niranjan Navalgund is famous for his novella 'The Lively Library & Unlikely Romance'. After launching the book last year, attending various seminars and writing for various blogs, he finally found time for his chess. This January, at the Delhi Grandmaster International Open, he delivered his best performance till date. It resulted in a maiden grandmaster norm and an Elo surge of 81 points. Revamping his game successfully made all the difference. In this article, he talks about how he changed his mental approach and the factors that contributed to his tournament success before the Delhi Open.

I was expecting a norm in Delhi, but not a GM norm in particular. After having missed norms on many occasions, I knew that I was close, but not there yet. After the Delhi event, some of my peers asked me, ‘How did it happen all of a sudden?’ I’m going to answer that and more such questions in this article. I spent some time wondering what I should include in the article. Something that is special and relevant to me, may not be relevant to the people reading it. So, I asked my facebook friends to let me know if they have some questions and I got a lot of them. It has helped me to filter and share my experiences accordingly.

After a streak of below par performances in the first half of 2016, I decided to take a break. Thanks to Readomania, my novella, 'The Lively Library & An Unlikely Romance'was ready to be launched. This was a welcome distraction and I went with the flow and launched the book on July 9th. 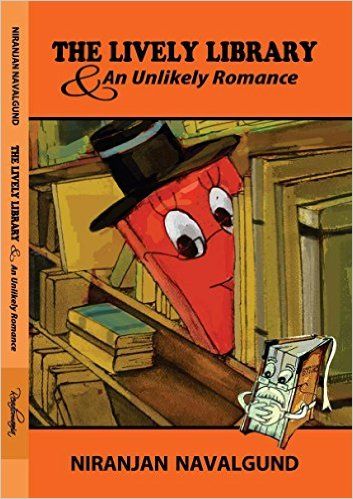 ChessBase India was the first one to launch this book. You can buy The Lively Library & An Unlikely Romance here!

Life is a long game said Mandela in one of his books. When you consider the BIG picture, you will start noticing that there are a lot of good things about your life that you have failed to notice. The bad phase often overshadows these blessings. I told myself that I’m here to stay and I’ll rise again; the game doesn’t end here. After all, I have made comebacks in my life and they are etched in my memory forever!

A man who is drenched is not afraid of the rain. –Pandit Amarnath Kher

During the third week of June, I started focusing more on my strengths and the happy chess moments. I reminded myself that I am capable of playing good moves by going over a few good games of mine and this instilled faith to go on. Simultaneously, I got an offer to write chess articles for 8cross8. This activity helped me brush up my basics, too! I was able to pay a few bills as well!

When my mind felt ready to work, I made a list of changes that are required to make progress. I worked on the areas as per my list, balancing all the phases of the game. I devoted some time to train my chimp (mind) as well. 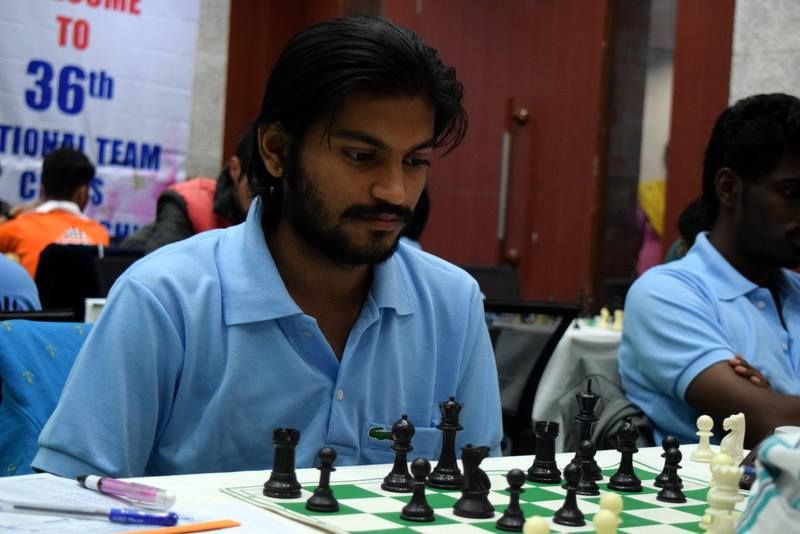 After reaching 2309 in December 2014, my Elo dropped to 2129 (!) in June 2016. I realized that I let a lot of factors influence my play; it was high time to take a stock of the situation. After the launch of my book, I returned to business and opened my games. It was not encouraging at all; to go over the games and feel the emotions all over again is daunting.

My task was to identify the reasons behind the losses and fix the concerns. I set aside emotions and studied my games objectively. I figured out the weaknesses and made a list of my strengths to balance the ratio!

Example: Winning a won game is one of the most difficult tasks in chess, Isn’t it? I did screw a lot of winning games in that phase. I figured out that mistakes happened because of specific tendencies:

Most of my losses were against lower rated players. After observing my graph I realized that I played a LOT of games against lower rated players. I would get a point or two for winning a game and would lose 12 Elo points on a loss. One lost game meant that I would have to win all the games to cover up the loss and so on. I used to stumble early on in the events and this didn’t give me any chance to show my strengths. In most of the games, I was trying too hard. I was pressing more than necessary, losing sight of objectivity.

I usually note the timings after every move and this helps in studying the time graph later. I have noticed that some players blame the loss to a specific blunder; a mistake is a result of different impacts during the game and by figuring out the reasons, one could work on those areas and fix them.

In order to improve my technique, I chose positions from the games of Kramnik and played practice games against my friends from that +/- or -/+ positions with a short time control. Apart from this, I worked on prophylaxis – which every aspiring chess player is doing nowadays. 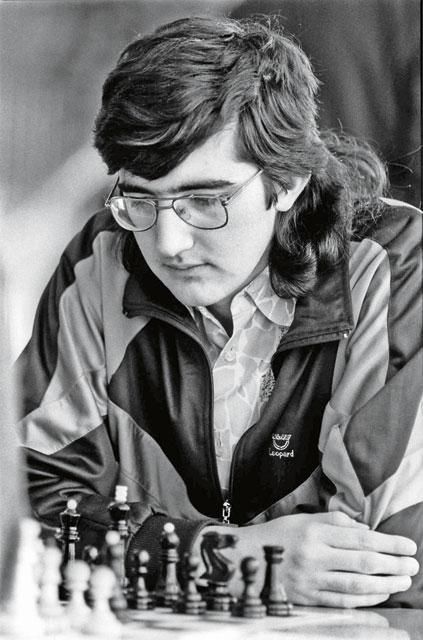 When it comes to chess technique, Vladimir Kramnik is a God! And it is a good idea to learn from his games! (Photo by Alexander Yakovlev, ITAR, TASS)

In the practical aspect, I started relying more on the intuition. The confidence helped me to take decisions quickly and keep the time pressure at bay. The objective analysis helped me in gaining lot of clarity about myself. I talked to myself as a friend, explained the situation and complimented myself for not giving up. After all those losses, I was tired. But, that didn’t stop me from starting over again!

Once I felt ready to take up the next challenge, I played two rating tournaments -Shri Maheshwaranand Saraswati Memorial in Pune and BRDCA Rating in B’lore. 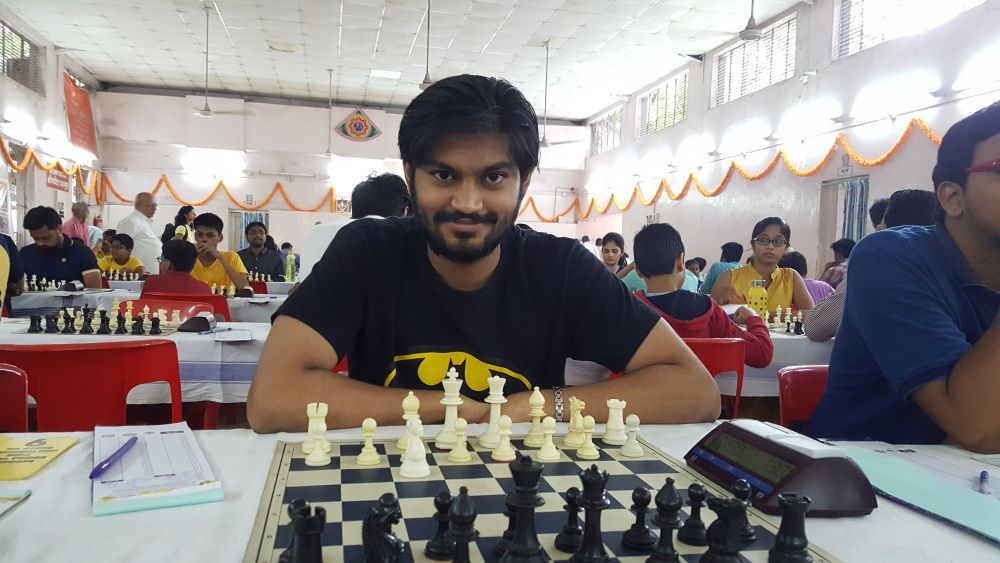 At the Maheswaranand Open in Pune 2016 (Photo by Sagar Shah)

Here’s a position from my game against A.L Muthaiah: 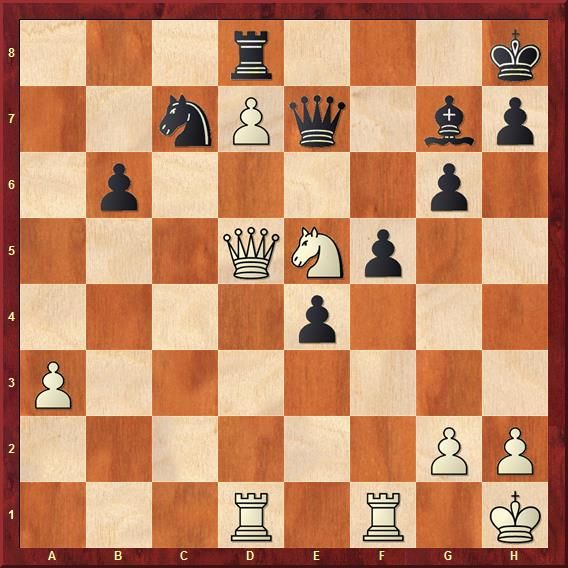 You can see the lack of technique affected my result in the game. However, I was working hard on this aspect of the game and the next game is a good example of that.

I reached this position in the last round of BRDCA against IM R. Balasubramaniam: 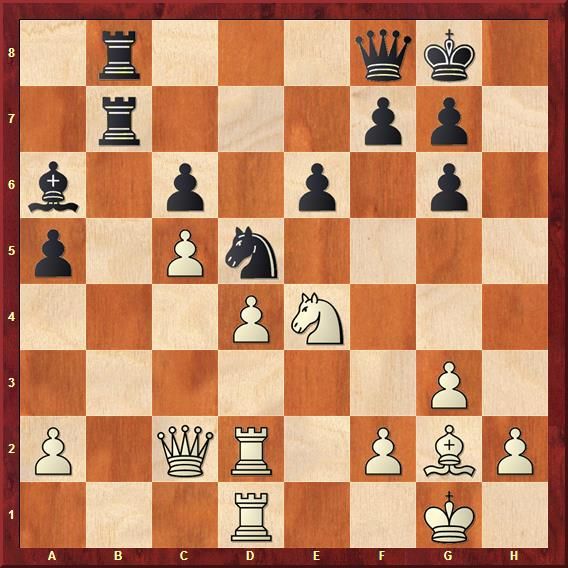 These two events boosted me as I lost just one out of eighteen games. I had accomplished mission Damage Control and was looking forward to making more progress. It felt good to increase a few rating points after a long long time! 2129 to 2143 was decent, considering my performance in the last six months. 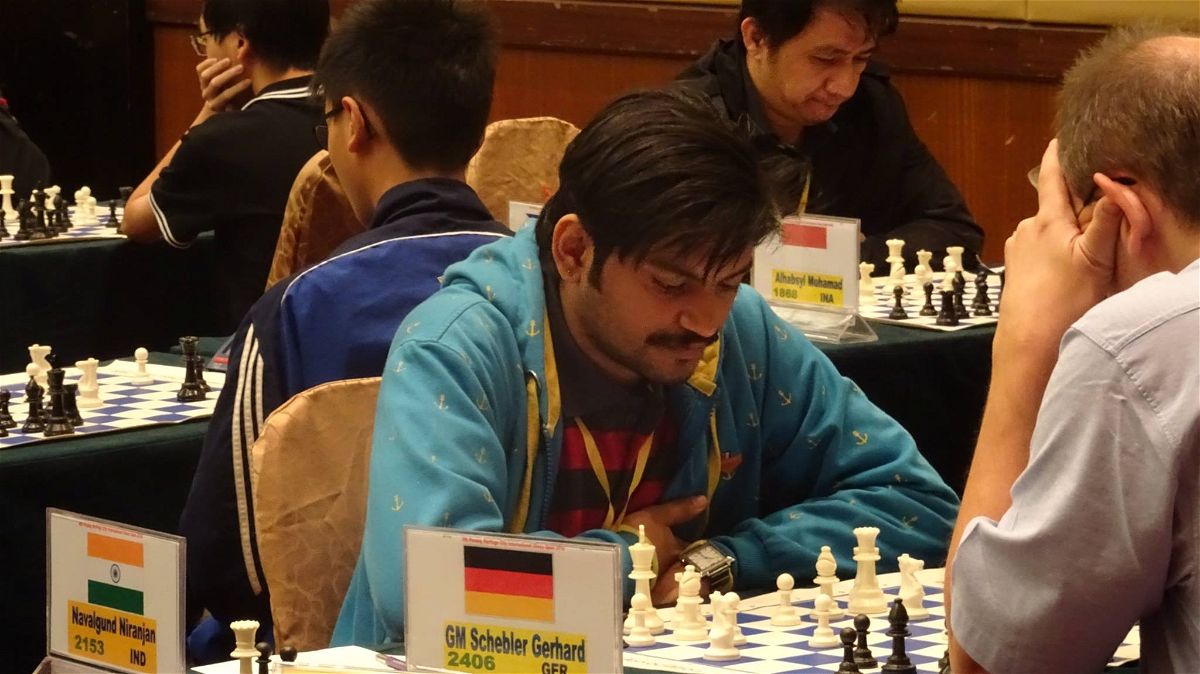 After a gap of ten days, I played in the IIFLW event at Mumbai and felt that this could be my break. I was hoping to make my first norm here but fell short. I did play a few good games, but the last round result left me with a bad aftertaste. 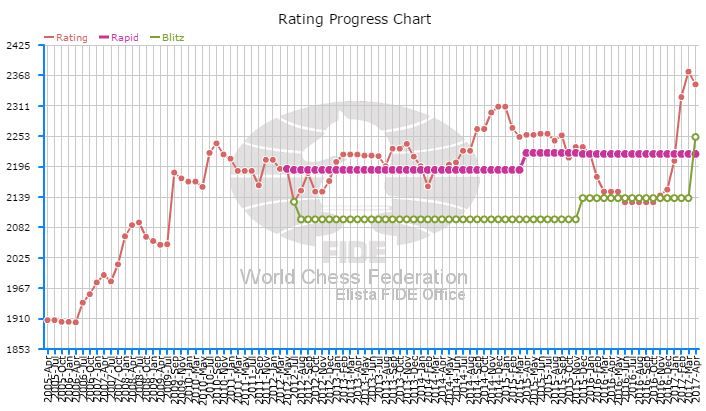 The best part about the Mumbai event was that I had a lot of time to prepare for my games, since there was only one round per day. In my train journey from Mumbai to Delhi, I contemplated and made some conclusions about my games in Mumbai. I also decided to stick to specific repertoires for Delhi. More on that in the next article.

Reigning National Challengers Champion IM Ravi Teja expressed his curiosity on Facebook. He asked me how I was able to make a norm all of a sudden. By now, it must be clear to you that my progress was a result of some very steady and serious work and not something that came out of the blue! 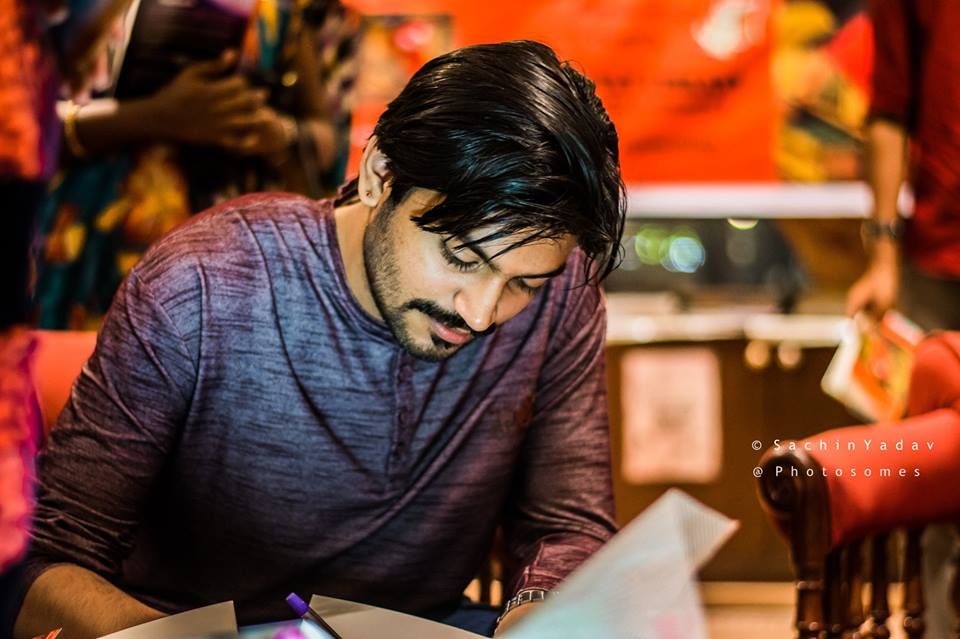 When you enjoy the process, the result is bound to come!

Part II of this article will deal with Niranjan's GM norm at the Delhi Grandmaster Open 2017. Stay tuned. 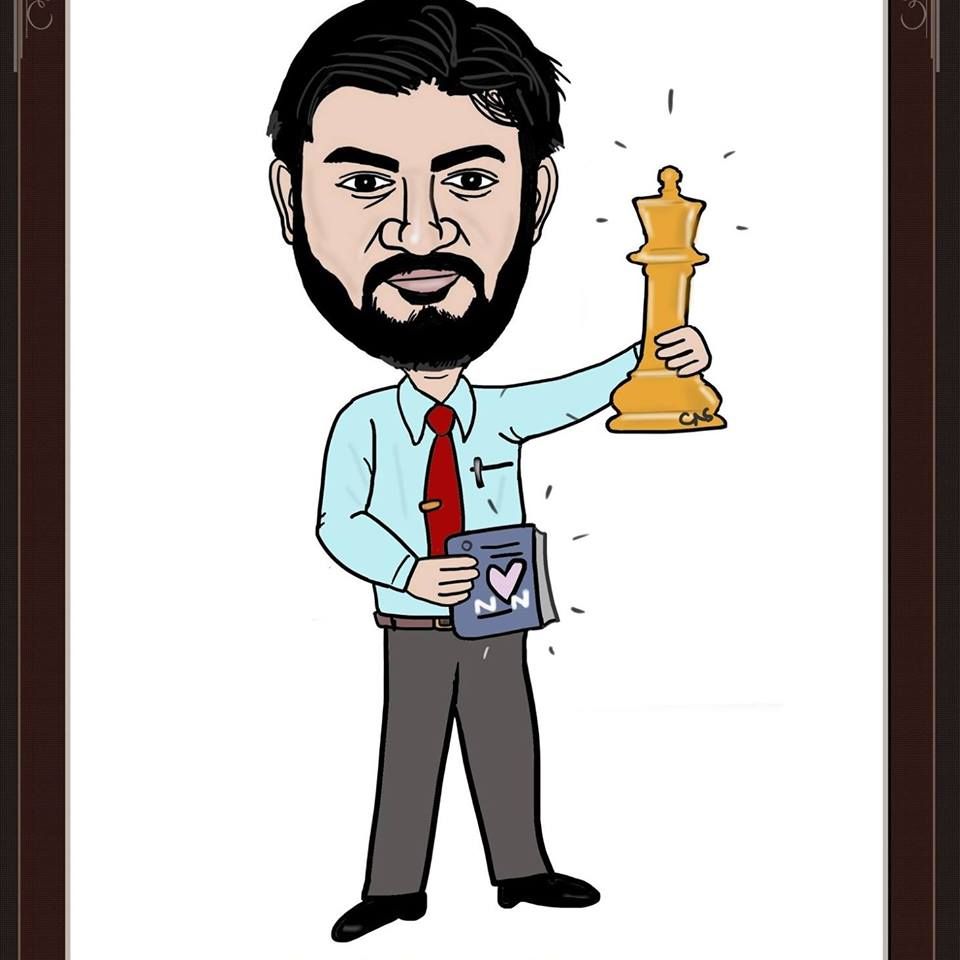 Niranjan Navalgund is rated 2375 and has a GM norm. He is also the author of The lively library & an unlikely romance. Chess and writing are his passions and he manages both of them well as can be quite clearly seen from his GM norm performance and the book launch by Readomania!