In Conversation with Neil deGrasse Tyson

The famous astrophysicist Neil deGrasse Tyson, a tireless promoter of science, and considered by many as the spiritual successor of Carl Sagan, opened Game Eight of the World Championship Match. He accepted to sit down with a few journalists for a casual conversation where he talked about his connection with chess and what he finds interesting about chess and chessplayers. A revealing piece...

In Conversation with Neil deGrasse Tyson

Report and Photos by Albert Silver

Dr. Neil deGrasse Tyson is an astrophysicist who has become a household name in the United States and around the world for his tireless efforts to open up the wonders of the universe in books, documentaries, lectures and more to others in clear and easy-to-follow presentations. He was seen at the World Chess Championship, walking around as a paying guest, and was invited to open Game Eight. Later he accepted to share his interest in chess in a small interview with a few journalists.

But before you read it, have a look at this brief video where he explains life in a nutshell:

A Brief History of Everything — Neil deGrasse Tyson explains life and the universe in 8 minutes.

Question: What’s your interest in chess?

NDGT: I have a general interest in high-performing human intellect. So for example, I have no less an interest in Ken Jennings and Watson playing Jeopardy, or Deep Blue playing Kasparov. My interest in chess specifically came about through my son who I taught how to play chess, and within a couple of years, he began beating me. By the time he was 13 or so, he would beat me 29 out of 30 games, so I was done. So he joined clubs and things, and doing so I would travel around with him to tournaments. I got to see and feel the culture that is chess. Especially scholastic K through twelve (Ed: Kindergarten through 12th grade), and people of all ages, and colors and genders and accents… and that’s just in the school system. I realized this is some potent stuff, not only intellectually, but culturally, and I think we need more of it. I live in downtown Manhattan where this tournament (Ed: the World Championship match) is taking place, and I'm embarrassed since I can practically walk here when people flew in from Norway and Russia… 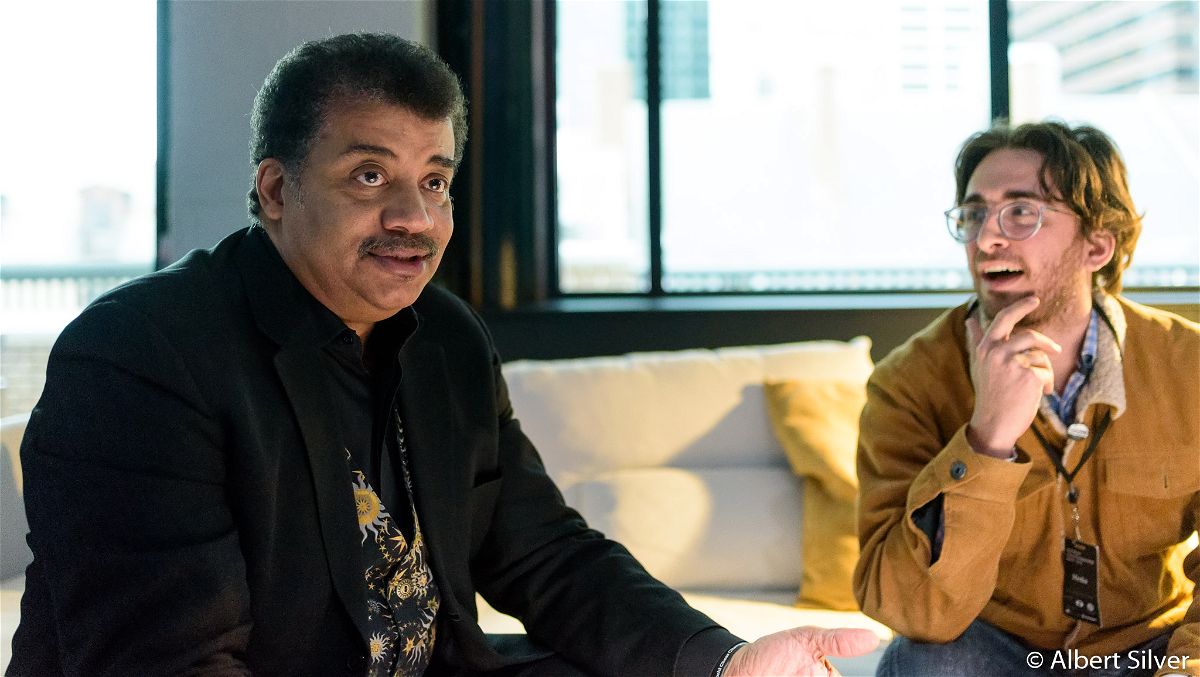 In conversation with the eloquent astrophysicist.

Do you and your son play on any specific website?

No, so he played through until he was 13 or 14, and then he took on other interests, but I kept up the interest. One day, I’m going to brush up on my chess talents and then I’m going to knock on his door, and we’ll have to play that music (whistles famous tune from Western with Clint Eastwood), and I’ll walk in, “I’m ready for you now”, and see if I can beat him…

Second journalist: I would go the opposite strategy. I would do a lot of studying and then just one day, “Oh, uh… let’s play a game!”, so he doesn’t expect anything.

Oh… so he might have that ‘I can beat my Dad’ attitude. Well, he tells me this story where he was at one of the chess tournaments where there are these tables where they sell stuff, and there was one place where they are selling books, and he noticed a book that read, “How to beat your Dad at Chess”, and since he’d already done that he had no interest.

So my interest was just the curiosity that was fed and stimulated tracking my son around, and then just to watch people who are experts at something no matter the topic, and in this case, chess was nearby in my neighborhood.

The Most Astounding Fact from Max Schlickenmeyer on Vimeo. [3.35 mins.] 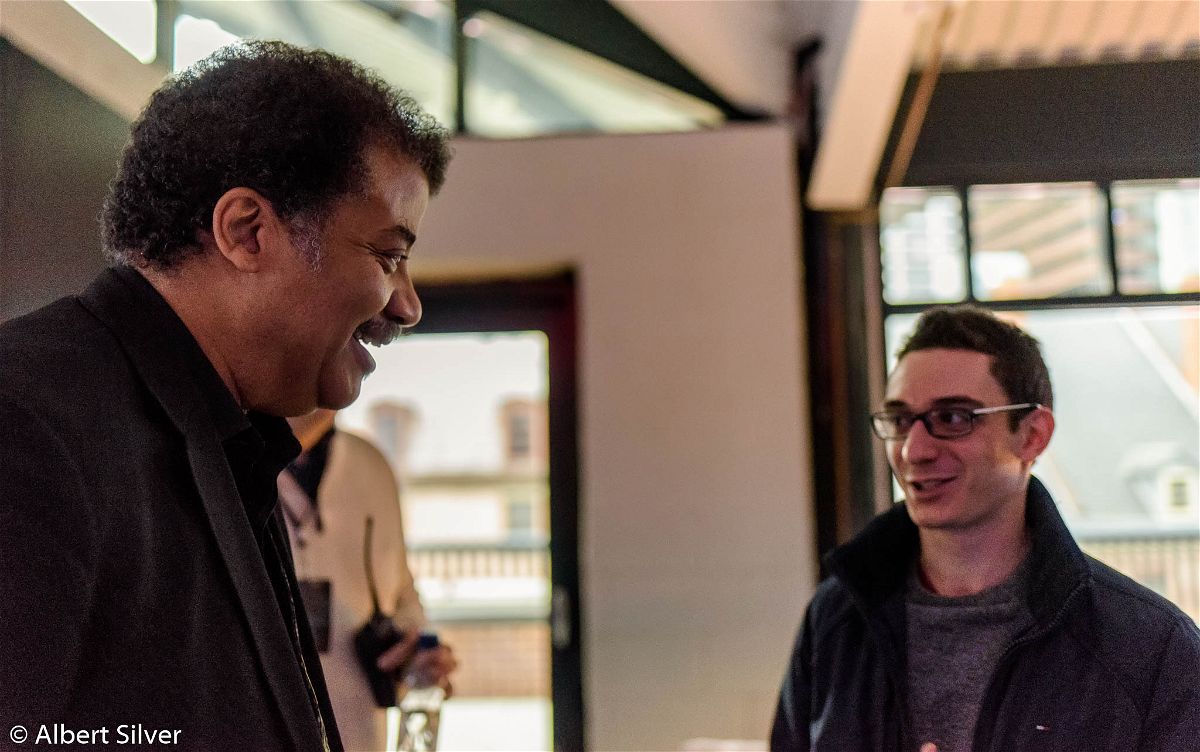 Albert Silver: So you’ve seen the growing movement of chess in schools as an educational tool, not just as an extra sport or activity. What do you think of that?

I’ve thought of that, though maybe not deeply enough to make this following comment, but let me offer it anyway. There are many things you can be great at, which if you’re great at, you’re also great at this other thing. In the simplest example, let’s say you are world class at Monopoly.

You’ve developed a sense of buying and selling that can rub off in other activities that you’ve done in very tangible ways.

I checked with chess people, grandmasters as a community. There is no one other thing that they all do great. They’ll do something else great, but there is no one other repeating thing among them, and I’m intrigued by that. This made me wonder whether chess as a thing does not rub off in any other way other than the discipline you need to have reached that goal in the first place. And success in anything in this world requires discipline. So this is how I’ve come to think about that problem.

(At this point, he was handed a phone where he was expected to conduct another interview. He apologized for this, but we had all been warned of this before, and thanked him profusely for the time he gave us.) 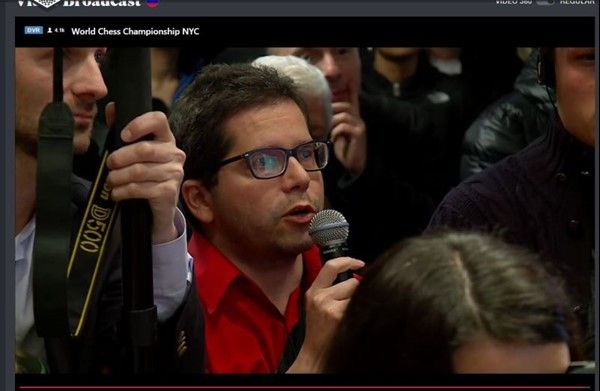