On 23rd of July 2016, Neelakantan Narayanan died at the age of 62 years. Trying to emulate the play of Paul Morphy, Neelakantan was one of the most fierce attackers from India in the 90s. In this article, you will find some sparkling combinations that he used to beat players like Daniel King, Csaba Horvat, and Antoaneta Stefanova. How happy Neelkantan would have been to know that his game against Daniel King was studied by the great Garry Kasparov himself! Pravin Thipsay also tells us about the personal side of Neelakantan and how he helped to develop the chess in the city of Mumbai. A wonderful human being who will be sorely missed by the chess community. A heartfelt eulogy. 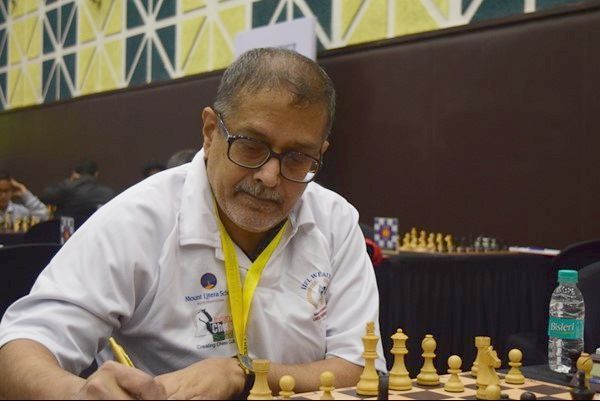 Neelakantan, doing what he does best. At the IIFL wealth tournament in Mumbai in January 2016. (photo by Priyadarshan Banjan)
Neelakantan's peak rating was 2295 in the year 1996. He worked in Central Bank of India until 2013. Post retirement you could see Neelu, as his friends liked to call him, playing in almost all of the rapid and classical tournaments held in Mumbai.
We contacted GM Pravin Thipsay who knew him very well and he told us some very important details about Neelakantan's life:

Neelakantan as a personality

Neelakantan was a very intelligent person. He was almost a chess maniac in a good sense. Neelu did nothing but read books, newspapers & play chess, never smoked, never had alcohol and had no vices. He led a good life but his participation in tournaments reduced during his peak period due to the sickness of his old parents. He had made the decision to not marry very early in life and he remained true to his vow.
Neelakantan was a very well read person. He had clear views in social matters, political & even matters related to chess politics, though he never took part in organisational activities. He never made any personal remarks or comments, though he had a very clear knowledge of the shortcomings in other persons. He learnt the Russian language for full three years, just to be able to read good chess material. In those days, the available material in the English language had a lot of deficiencies and we all found most of English chess books unacceptable. Learning the Russian language just so that he could read the Russian chess books shows his love for the game.

Neelakantan as a chess player

Neelakantan was a fierce attacker. Although he was a very strong player, one cannot really say that he was very successful. This is because his potential as a chess player was very high. The reason why he couldn't become a GM or an IM was because he wanted to play only for checkmate. He could not learn the modern techniques of defence because he did not find them interesting. He wanted to live in Paul Morphy's golden era.

Contribution towards the development of chess in Mumbai

Perhaps no Mumbai player would understand the significance of his great contribution to the growth of Mumbai chess.  Neelakantan joined the bank at an early age, but every day after his office job, he used to visit House of Soviet (Now Russian) Culture on Pedder road, bring the latest games messages received there through Telex. He would then bring them to the Zandu Pharmaceutical's Canteen, where we all spent most of our evenings analysing & playing chess for years. There used to be annotated material very often, which he translated for us during such 'self-training' sessions by us, a group of over 15 players! This initiative really gave good results, many Mumbai players went on to qualify to Indian teams on a regular basis. I believe that this type of leap would not have been possible without the material Neelakantan shared with us."

Pravin Thipsay's post about Neelakantan's death on Facebook
IM Sharad Tilak on Neelakantan:
"I am unable to get over the news. He was a real gentleman and a very fine player. Sadly he could not realise his full potential due to the problems with time trouble. He was a good friend and we spent a lot of time together in our younger days."
This Eulogy would definitely remain incomplete if we did not look at some of the most impressive achievements of Neelakantan's chess career - his sparkling attacking games!

Let us begin with a position that made its way to anthology of chess combinations published by Informator: 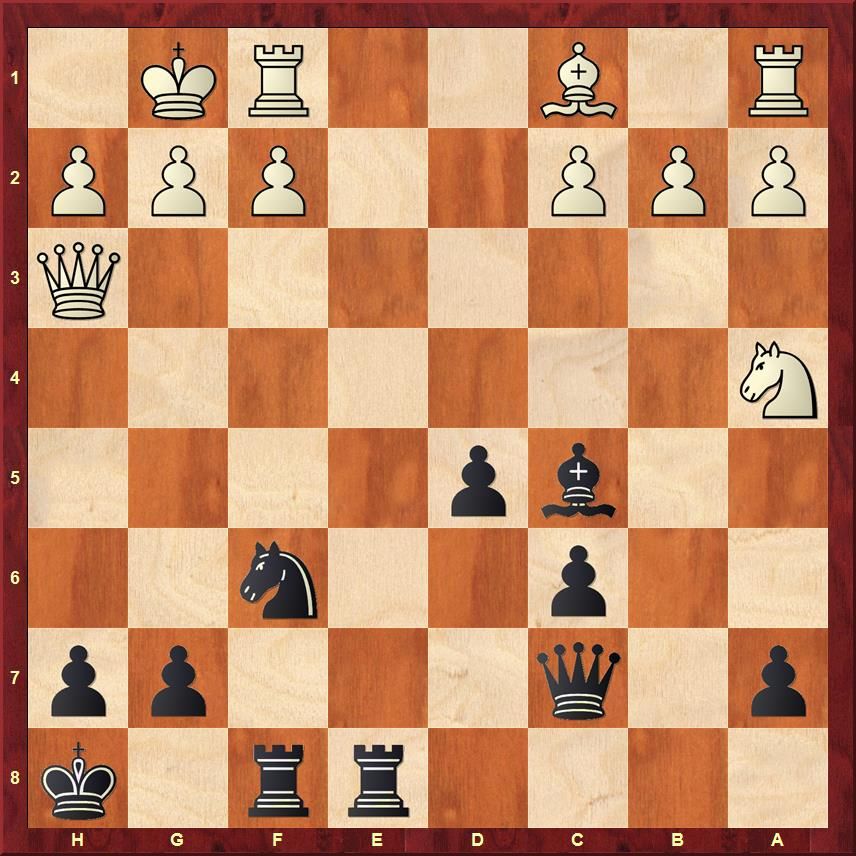 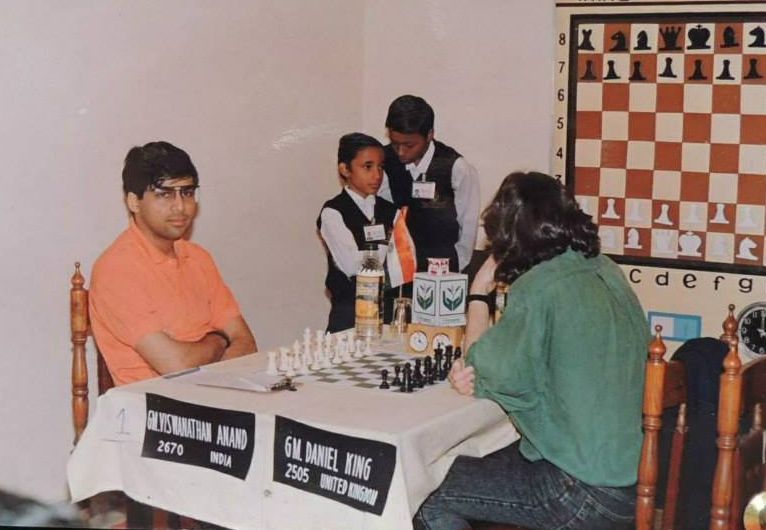 The year was 1992. The tournament was the Goodricke International in Kolkata! The man with the white pieces is none other than Vishy Anand. His opponent: the famous chess commentator and tutor GM Daniel King. 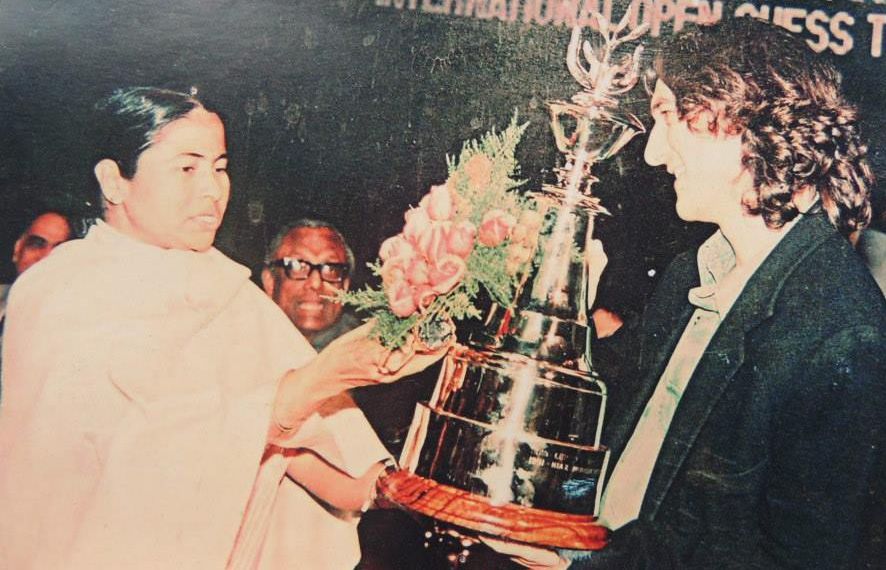 After Neelakantan's untimely demise we contacted Daniel King to tell us something more about that game.

"I was sorry to learn of his passing. My performance against him in the first round of the Goodricke tournament was absolutely miserable! But he took advantage of my mistakes very well. At least I have the satisfaction of knowing that the win gave him great pleasure.

He might have been even prouder had he known that later in the year, when I was working on TV covering the Short-Kasparov match in London, Garry mentioned to me (with a crocodile smile) that he had seen the game. If you recall, the 6. Bc4 variation was thoroughly examined during this match..." 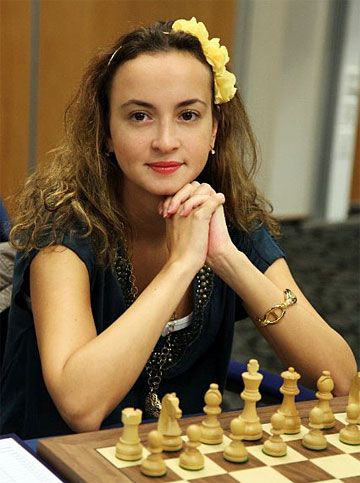 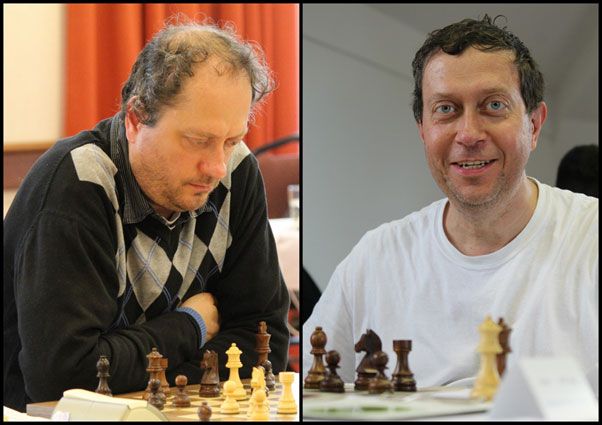 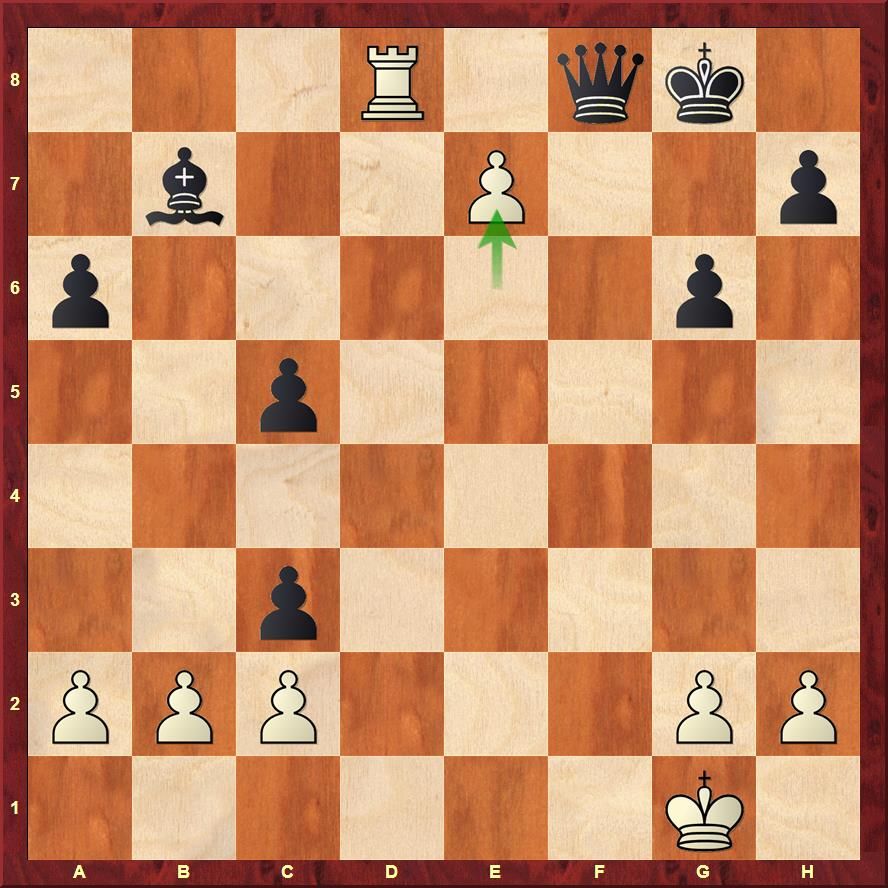 What a picturesque final position. It's games like this and... 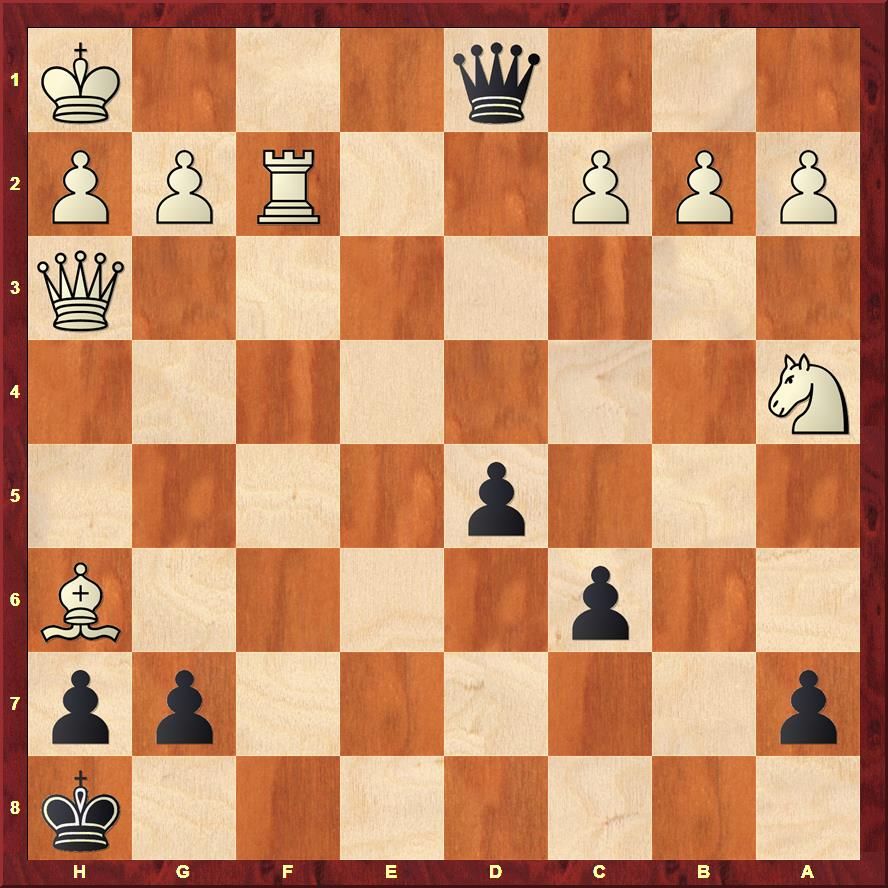 ....and this, that make a chess player truly immortal.

Neelakantan is no more but his beautiful attacks and finales will live on! All these scalps were achieved by just playing in the Goodricke Open in Kolkata. One can only imagine what he would have achieved had he got more opportunities.

He played the openings like Morphy - always for the initiative.
He played the middlegames like Tal - never caring for material.
And his love for chess was like Korchnoi - with him until his final breath.

On a personal note - by Sagar Shah

On 29th of December 2011, I was playing the sixth round of the Don Bosco rating tournament in Matunga. My opponent was Amardeep Bartakke. I was black and thanks to my opponent's inaccuracy I got excellent attacking chances. The moment I started my attack, Neelakantan was there standing right next to me. He stood right until the very end, analysing all the possibilities and checking the moves that I was playing. After the game, he told me: "That was an excellent attack!" To be praised for your attacking chess is maybe one of the best compliments I have received in my chess career.

In January 2016 when I set up the first ChessBase India shop in the IIFL tournament he came to me and bought my Learn from the Classics DVD. We discussed the contents of the DVD and he told me that he would give me his opinion about my work. I never got the chance to ask him whether he liked the DVD or not. I can only hope that he did. 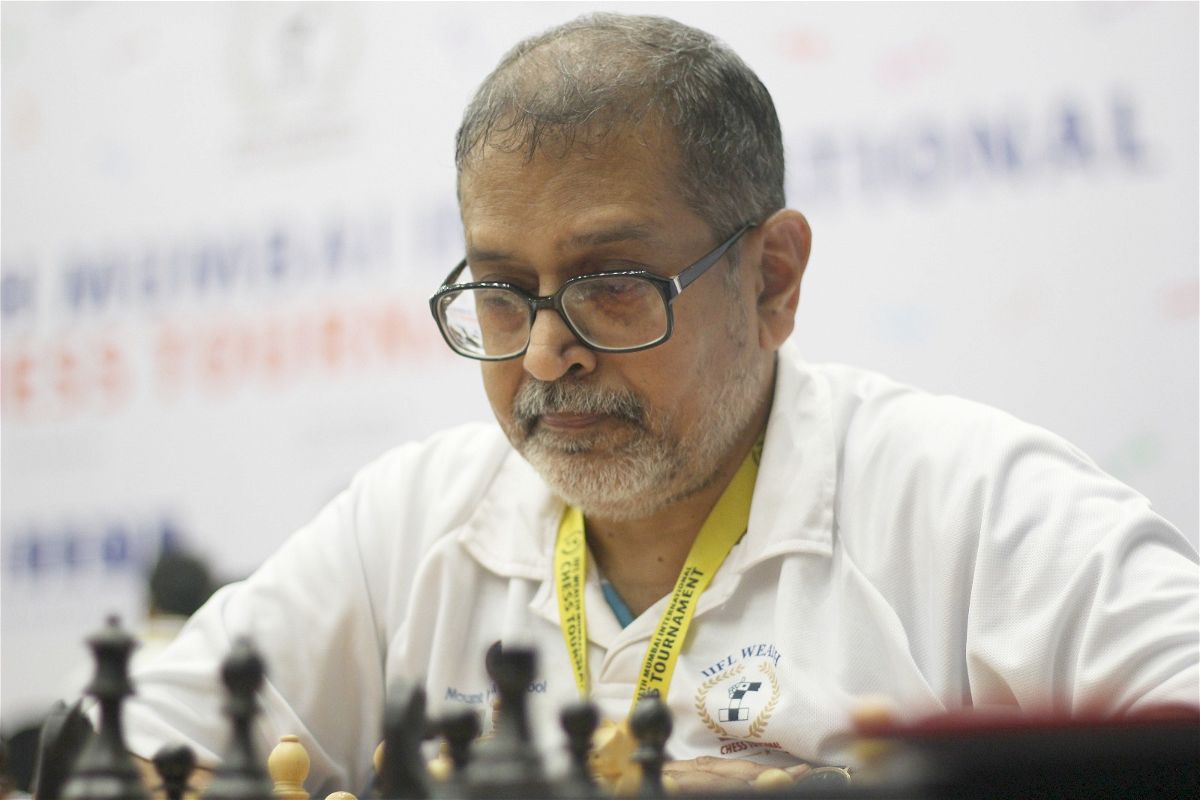