The world knows that we Indians are a world-class force in chess, but what about non-resident Indians abroad? Chess is a young sport and budding down under in Australia from where our dear friend Anandaram Jothibabu reports the Melbourne Chess Club's 150th-anniversary tournament. An illustrated report with games.

Vishwanathan Anand’s success in Chess motivated lots of youngsters to take up chess in India and they are doing well at world level. But, we must not forget, Indian migrants are also doing well around the world. Melbourne Chess Club, the Southern Hemisphere's Oldest chess club, is celebrating its 150th Year Anniversary.

The club has already organised the Australian Chess Championship in January 2016. GM Nigel Short is set to visit the club in mid-March to give lectures and play Simultaneous exhibitions. The club is playing a leading role in organising the chess tournament for three days during the Arnold (Schwarzenegger!) Classic 2016 to be held during the third weekend of March. (Various games and sports with Arnold coming to Melbourne to watch Chess!)

Currently, the historic 150th Anniversary Melbourne Chess Club Championship is taking place for the special title of 'Grand Champion'. The tournament consists of nine rounds and is being held on a weekly basis from 1st February to 11th of April. So far five rounds have been completed. There are forty-six players playing this tournament and there has not been any easy game in the tournament so far! 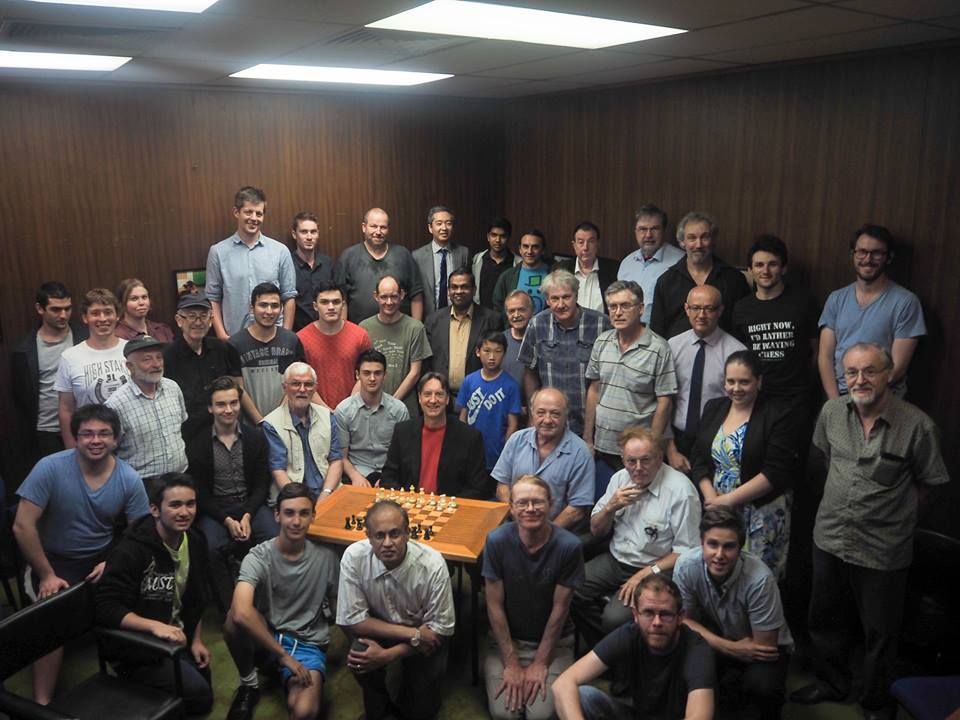 International Masters James Morris, Ari Dale, Guy West and Mirko Rujevic are the favourites to win the tournament. However, 14-year-old Vishal Bhat with a rating of 1967 became the sole tournament leader after four rounds with a perfect score of 4.0/4! Here are a few games he played to race to this early lead:

We have heard about attacking game by players, but this is an excellent game where both players counter-attacked each other! The game was over in 26 moves but there were lots of fireworks throughout. 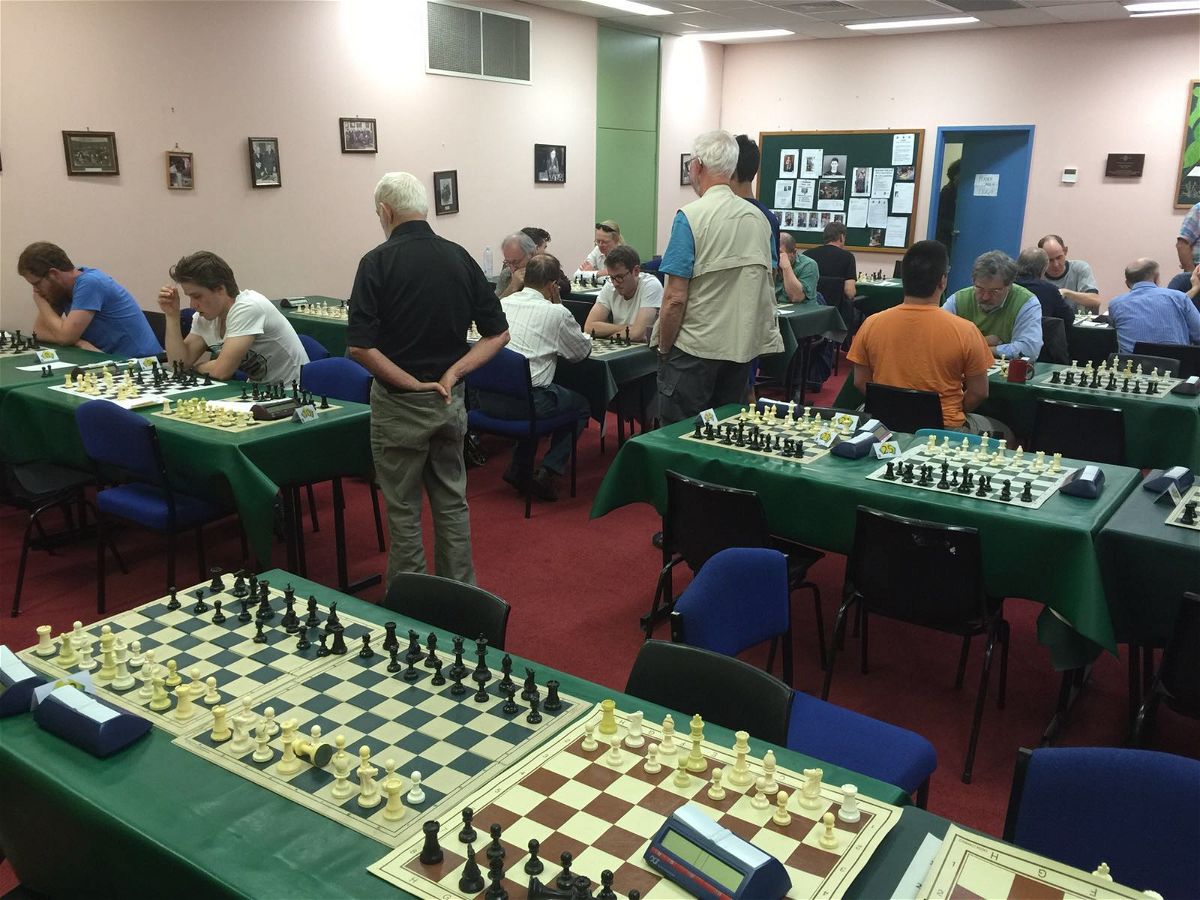 Vishal and Ari played an exciting Alekhine’s Defence game where both queened their pawns and Ari had a good position where he could win. However, the exchange of the second set of queens favoured Vishal who won the game with fine endgame technique.

James Morris is 'the talented player' of Australia -- I believe that he would have easily reached 2600 if he was living in Europe! In a Rook and four pawns vs Rook and two pawns ending James had a clear win, but Guy West played an excellent endgame and forced James’s king to be boxed in and drew the game by perpetual checks! A game worth replaying. 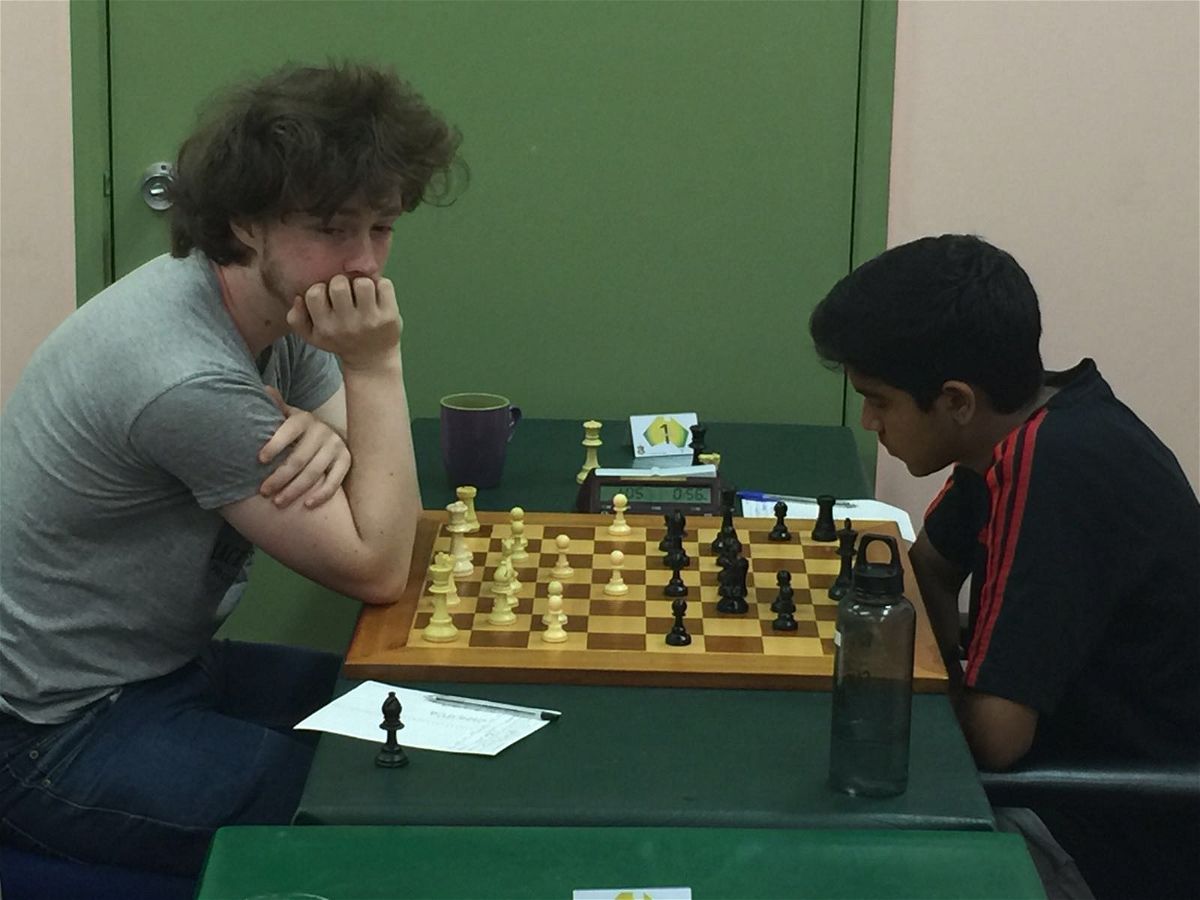 The fifth round saw the leader Vishal clashing with James, and the latter won to muddy the things again atop the leaderboard.

Currently, IM James Morris and IM Guy West are leading with a score of 4.5/5, closely followed by FM Jack Puccini, Carl Gorka, who by the way has been covering the tournament and games at his useful and entertaining blog, and Vishal Bhat with four points each. On a personal note, I have lost two tough games and currently stand at 3.0/5. 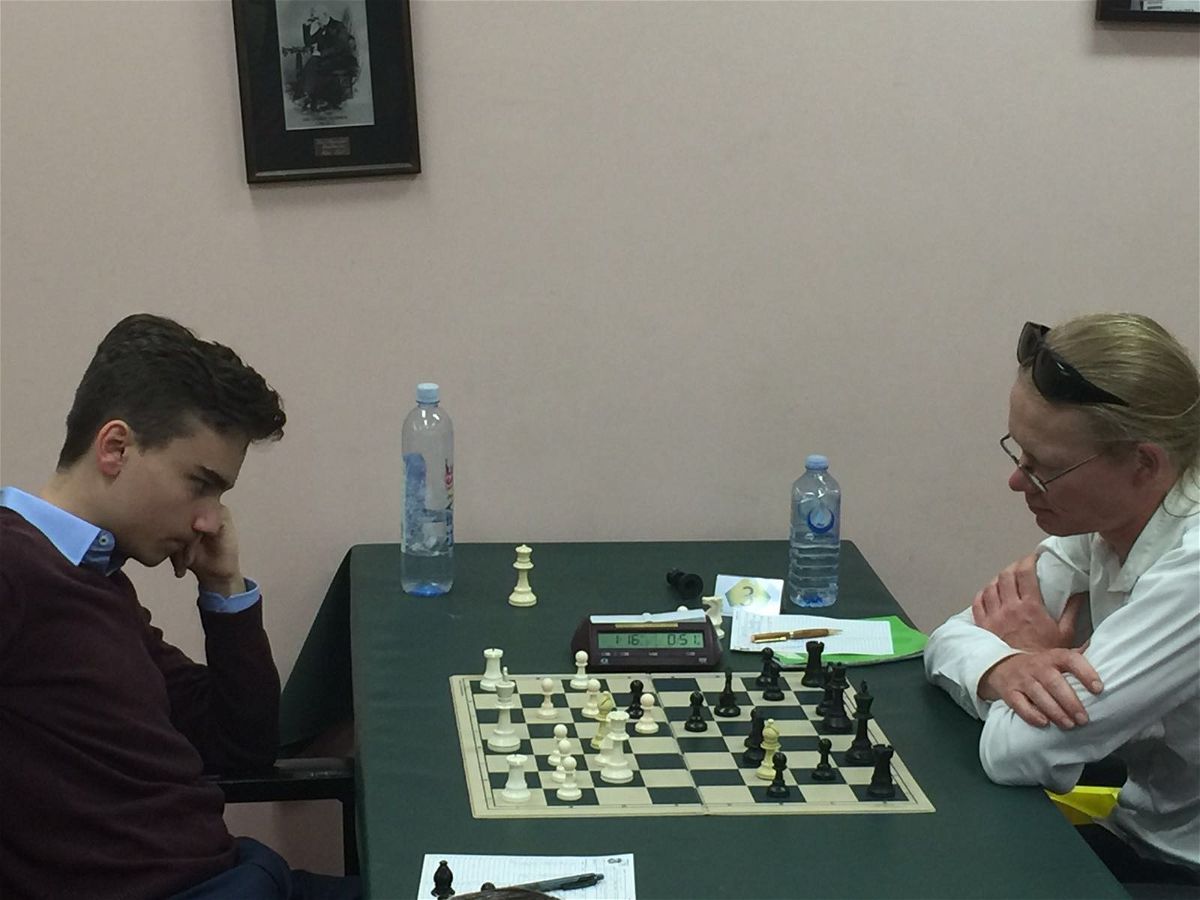 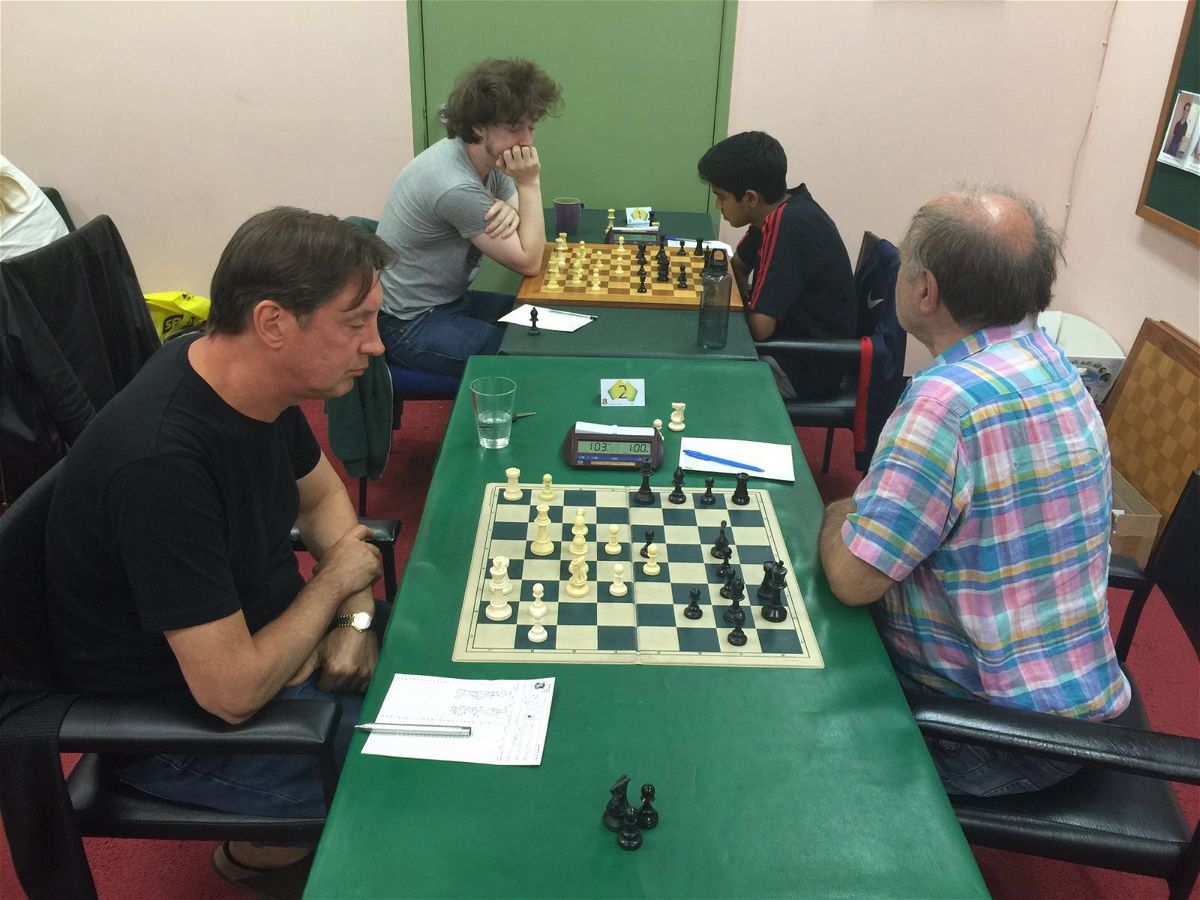 Now that the tournament has reached an exciting stage, there will be more entertaining chess and stories to talk about in the next four rounds! 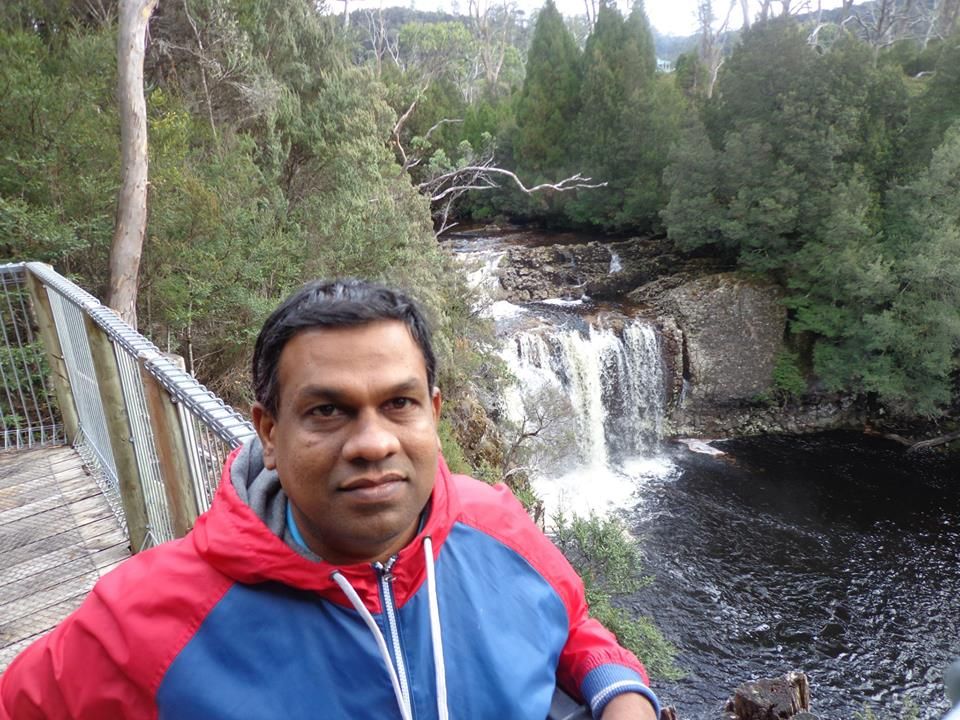