Studying and learning from Bobby Fischer's games is an arduous and laborious affair. Although Fischer quit playing chess when he was just 29 years old, the number of high quality games that he had played was already quite high. The Master Class Vol.1 on the life of Bobby Fischer is a boon for players who would like to delve deeper into the life of the eleventh World Champion. Three grandmasters and one International Master dissect the play of one of the greatest players that the game of chess has ever seen. It's been nine years since Fischer died on 17th January 2008. A review by Aditya Pai.

“Teen-Ager’s Strategy Defeats All Comers” read the headline of a supplement of the Evening Times which a teenaged boy held proudly on the sets of the TV show, I’ve Got a Secret. He was introduced as Mr. X. He was 15 years old and he was from Brooklyn; and already, he was the United States Chess Champion. “This strategy… did it involve any finances? Did you have any help?”, they asked. The boy swiftly replied with a “No”. “Did it make people happy?” they asked further. “It made me happy” replied the boy with a wide grin. 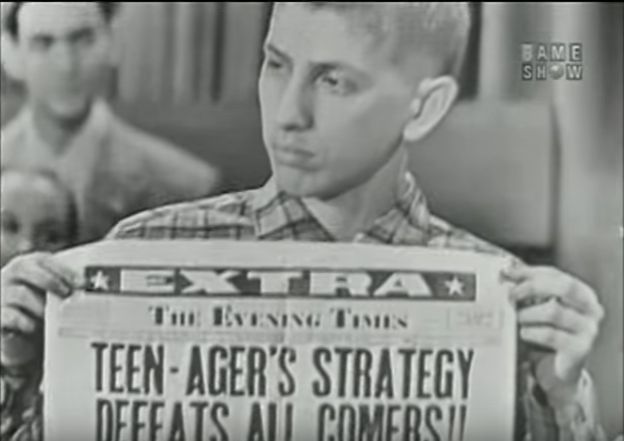 No prizes for guessing who the boy was.

In this pursuit of happiness, 14 years later, on September 1, 1972, Robert James Fischer took the world by storm and clinched what was his – the title of the World Chess Champion. And in what style did he do it – protesting, breaking records, demolishing the cream of the world’s elite! There was something so devilish about him that beginning from the candidates’ cycle, all of his opponents had to call for match adjournments on medical grounds. Some called this ‘Fischer Fear’; some others, ‘Fischer Fever’. Bobby however claimed that he only believed in good moves, and his games bear evidence to this. 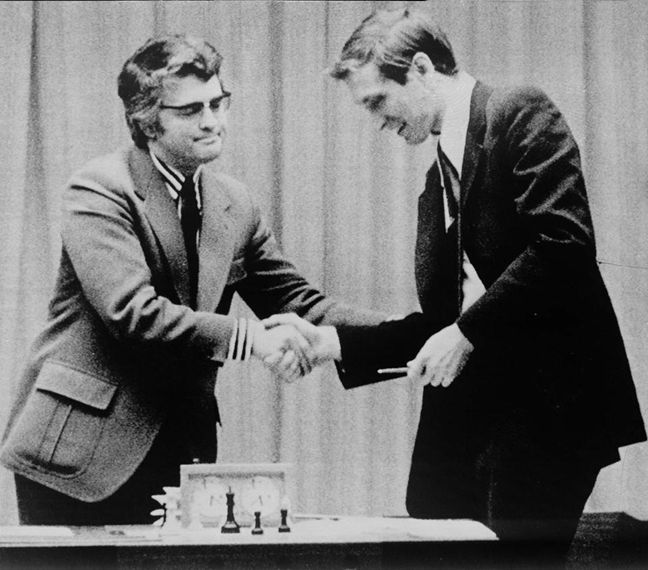 Master Class Volume 1: Bobby Fischer, however, does not rely on myth to elucidate upon Fischer’s mastery to its viewers. Three Grandmasters and an International Master scrutinize Bobby’s games from the perspectives of openings, strategy, tactics and endgame. And since each of them explores the aspect of their expertise, the DVD provides the viewer with deep insights into Bobby’s play in particular and chess at large. The DVD is segregated into four segments.

GM Rogozenco’s kick-starts the DVD with his opening segment which he has divided into four sub-segments. In the first one, he concentrates mainly on Fischer’s Ruy Lopez (both main line and exchange). The second sub-section discusses how Fischer played with the White pieces against Sicilians, mainly the Dragon, Najdorf, Scheveningen and Classical variations. The third sub-section concentrates on Fischer’s play with the white pieces against the French and the Caro-Kann defences and the final section shows how Fischer played with the Black pieces both against 1. e4 and 1. d4.

This segment of the DVD is a pretty useful one. Most of the openings featured have a high practical value. Besides, learning an opening as rich as the Spanish from one of its greatest exponents will surely benefit the viewer. GM Rogozenco has chosen games that feature different plans in the same opening so as to give the viewer a fair understanding of the plans involved. It also shows how well prepared Fischer used to be and how he chose positions or lines that will give him the best practical chances.

Almost every Dragon slayer will play 13. Bxc4 instantaneously in this position. But how many would even consider Fischer’s 13. Qe2?

The second segment of the DVD is presented by GM Mihail Marin. In this segment, Marin concentrates Fischer’s games post 1970 since he believes Fischer’s play became well-rounded around this time. He starts off with a game wherein instead of going for a sharp main line, as is typical for him, Fischer opens with 1. b3 and goes for a strategic battle right from move one. Marin then goes on to explain how Fischer put constant pressure on his opponents with his pragmatic approach and made them crack. Also, in this segment, Marin compares Fischer’s play to Karpov’s and shows some interesting similarities and cherries it up with some examples of Fischer’s strategies against doubled pawns.

Believe it or not, Fischer’s last move was the astonishing 19. g4! with the idea of isolating Black’s doubled f-pawns.

The third segment of the DVD presented by IM Oliver Reeh focuses on Fischer’s tactics and is the most interactive segment in the DVD. This is the segment that gives you the opportunity to know what it feels like to be able to find and play Fischer’s wonderful combinations. If you’ve found the right move, Marin would be back on the video to congratulate you. If you haven’t found the right move, a short clip will give you a hint and if you’re completely off track, the screen would read “that’s not the right move”. At any point, you can choose to click on the solution button to know the solution.

After 15…Kb8, White can either win Black’s Queen or wrap the game up with a picturesque checkmate. Can you see what Fischer played?

The final segment of this DVD covers Fischer’s Endgames and is presented by GM Karsten Mueller. Personally, I found this segment to be utterly delightful. In a segment divided into four chapters and twenty-five clips, GM Mueller provides insights into theoretical endgames, Rook + Knight vs Rook + Bishop endgames, pure Rook endgames and some of Bobby Fischer’s most famous endgames. GM Mueller is not only an endgame expert but is also the author of a book about Fischer. What you get therefore is not only a selection of quality endgames and analysis but also a fair share of anecdotes. That apart, he also suggests viewers to learn certain endgames in order to improve their endgame understanding. Some of the suggested learnings in this DVD include Centurini’s rule and Rauser’s Drawing Zone. And although this segment is not an interactive one, GM Mueller invites the viewers to pause the video and try analyzing the position by themselves.  And this, I will highly recommend the viewers to do.

With GM Mueller’s section, the video based material comes to an end. However, the DVD also contains 100 games of Fischer’s games with training questions, a database of all of Fischer’s games and his opening repertoire with both black and white as an opening tree.

To conclude, I’d say that the DVD is an enticing tool to enhance your chess knowledge and is a must have for every chess enthusiast, especially if you are a fan of the great Bobby Fischer. 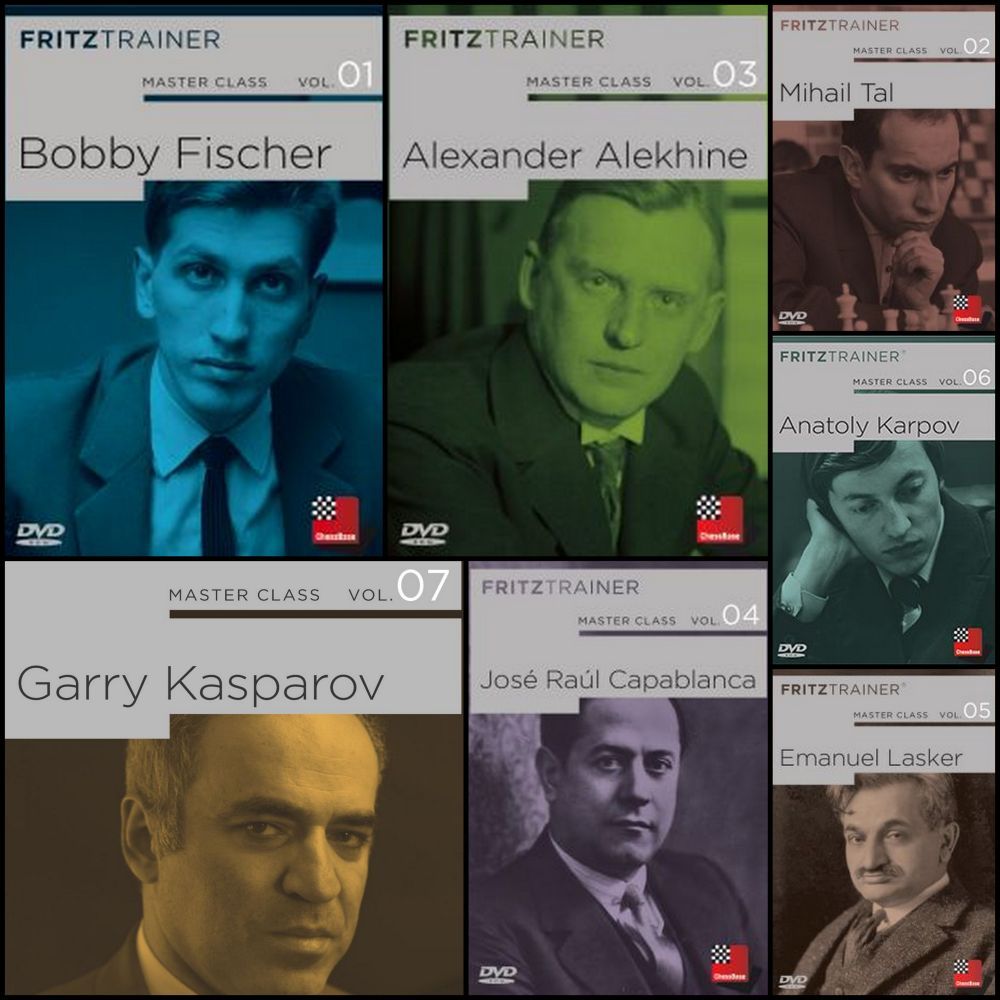 Buy Master Class Combo for Rs.5999/- from the shop

DVDs included in combo are (you can buy them individually by clicking on the link):