The World Rapid and Blitz Championship will take place from the 26th of December 2016 in Doha, Qatar. It is a five day event with three days dedicated to decide the World Rapid Champion and two days for the World Blitz. Vishy Anand is heading the Indian challenge with strong players like Vidit, Adhiban and Ganguly in the fray. Humpy and Harika will fight for top honours in the women's section. Live games begin each day at 17.30 IST (15.00 Qatar time) and you can follow them here.

It's going to be one of the most exciting events to end the year 2016. The organizers of Qatar Masters led by Mohammed Al-Modiahki have decided to forgo one of the biggest Opens, to host the World Rapid and Blitz Championships. With participation of players like Magnus Carlsen, Vachier Lagrave, Levon Aronian, Sergey Karjakin, Vishy Anand, Hikaru Naamura and many other strong players this promises to be a bloodbath.

Indian players in the fray are Anand, Vidit Gujrathi, B.Adhiban, Surya Shekhar Ganguly, Lalith Babu, Neelotpal Das and Debashis Das. In the women's section we have just two players but both are capable of winning the gold - Humpy and Harika. 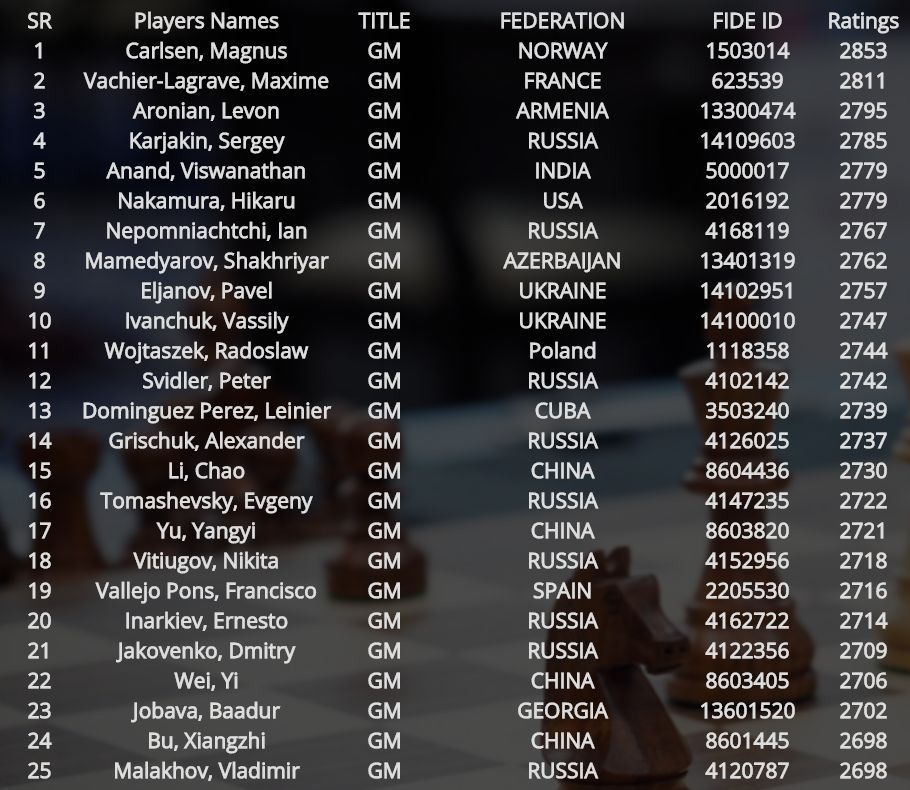 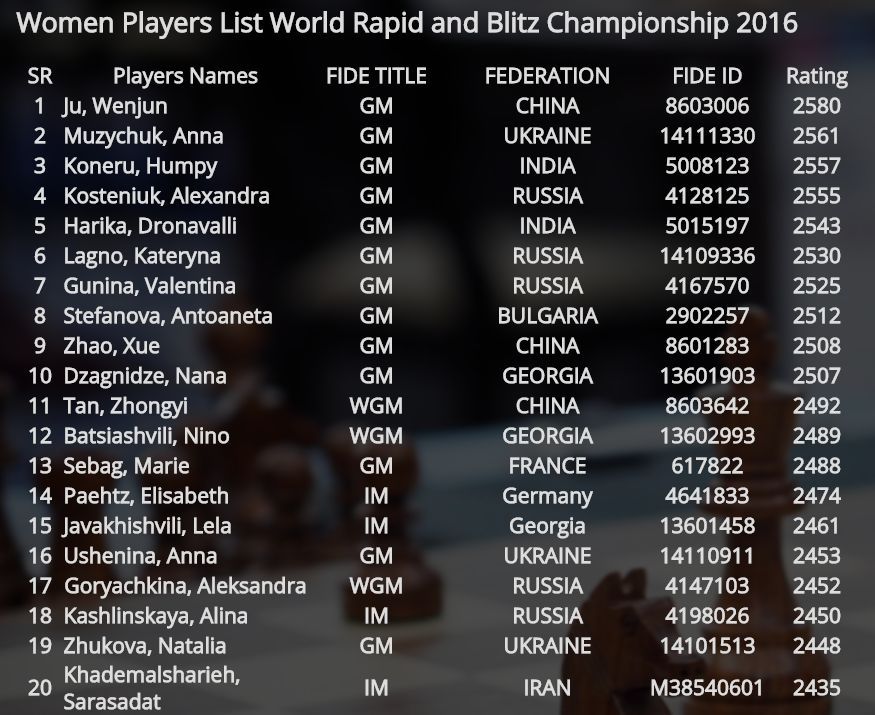