Delhi and 48 hours of fun with Jacob!

Jacob Aagaard was in India for his book tour. After Mumbai and Ahmedabad, the attention now shifted to the capital city of Delhi. Apart from having the two mandatory trainings in the morning, Delhi was the only city to have two open sessions in the evening. Many strong players attended it, including GM Abhijeet Gupta, as Jacob entertained and taught the audience with his knowledge wit and humour. Not to forget we also made him sing a song! A huge illustrated report!

The only time Jacob Aagaard had been in Asia was just a few months ago in Tehran when he was the second of Sabina Foisor at the Women's World Championship 2017. Little had he imagined that he would be spending nearly ten days in one of the largest Asian countries, visiting five cities! Jacob's trip in India began from Mumbai and continued to Ahmedabad. It was now time to move towards the capital city of Delhi.

Read the report on Mumbai leg of the trip

The Ahmedabad leg of the trip

Before we tell you what transpired in Delhi. Here are three positions for you along with time that is to be dedicated for each position. 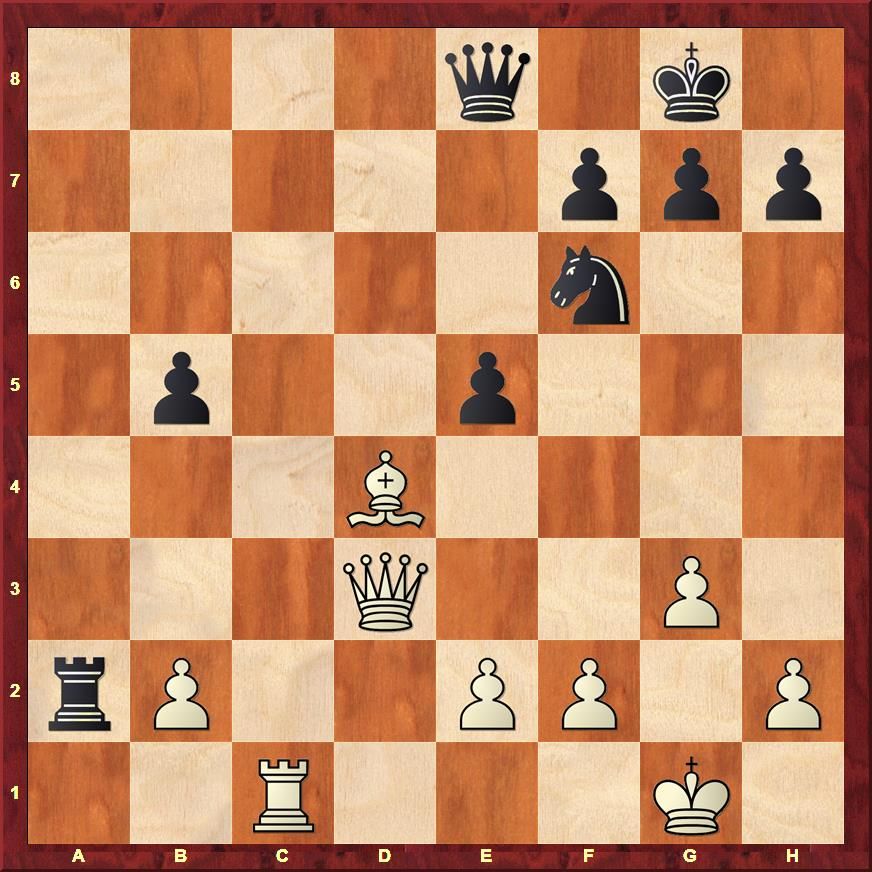 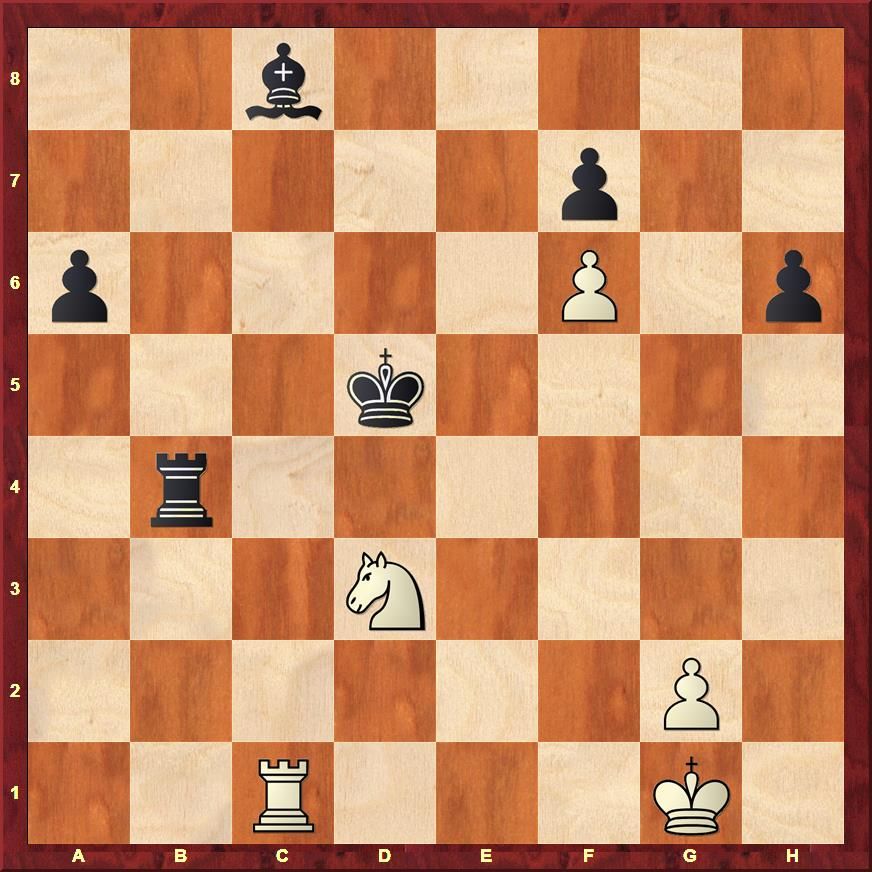 Assess the various options at Black's disposal and choose the best move. Black to play. 10 minutes. 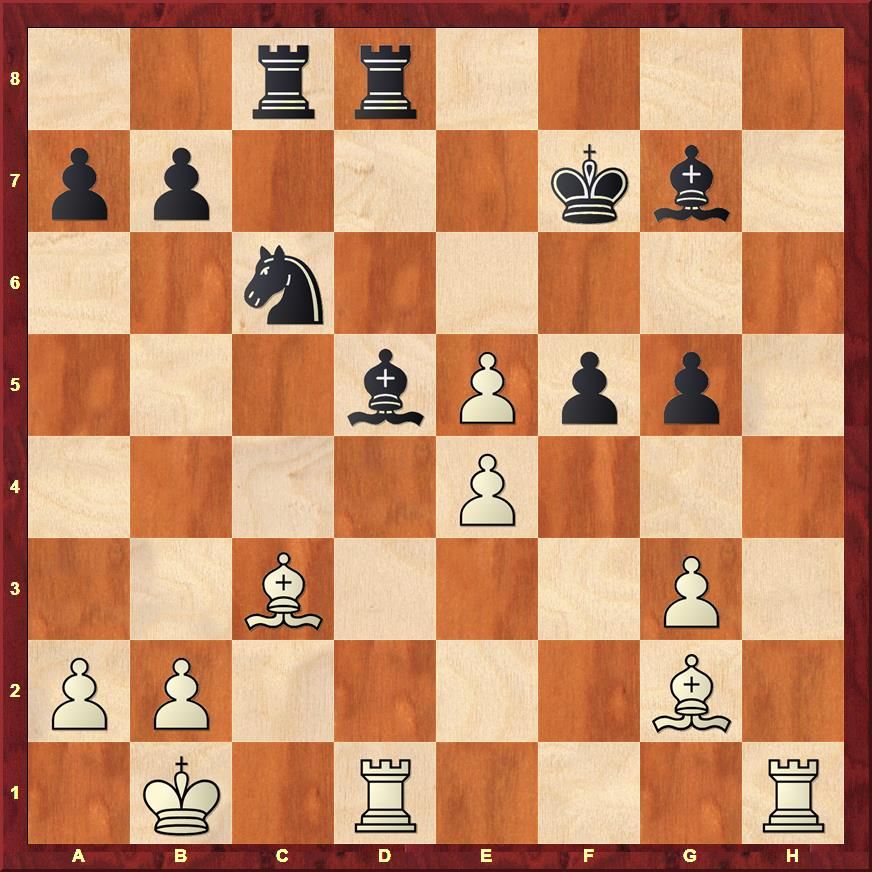 This is an easy one. White to play. With what would you recapture on d5. Five minutes. 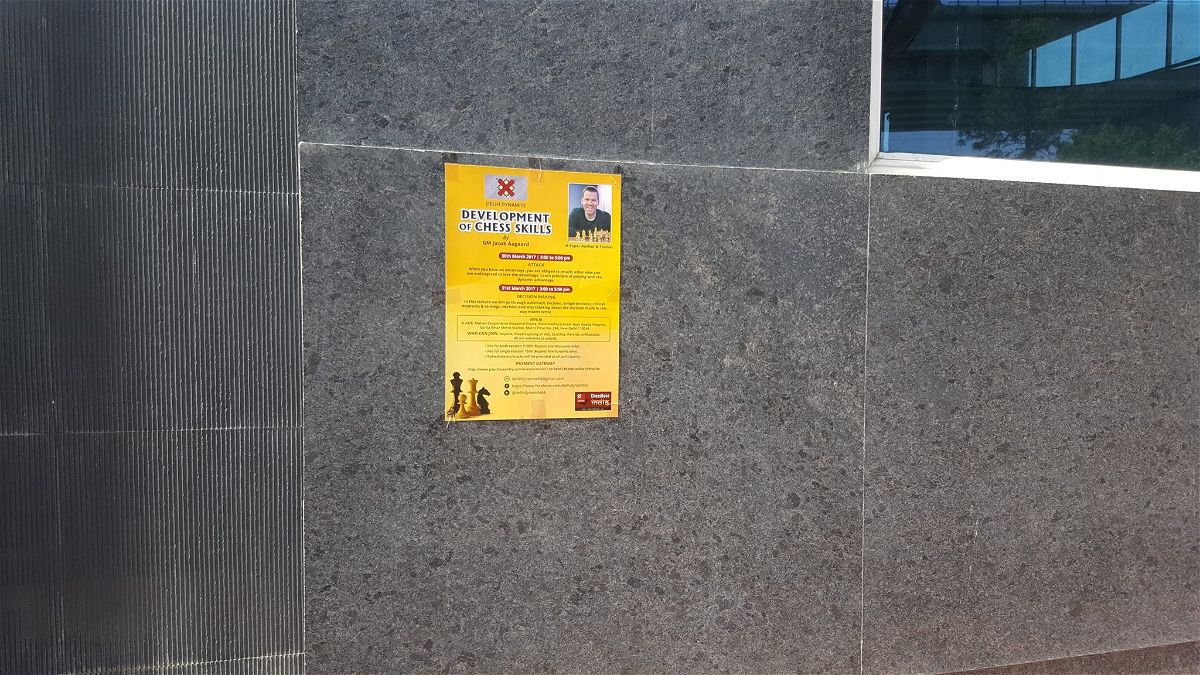 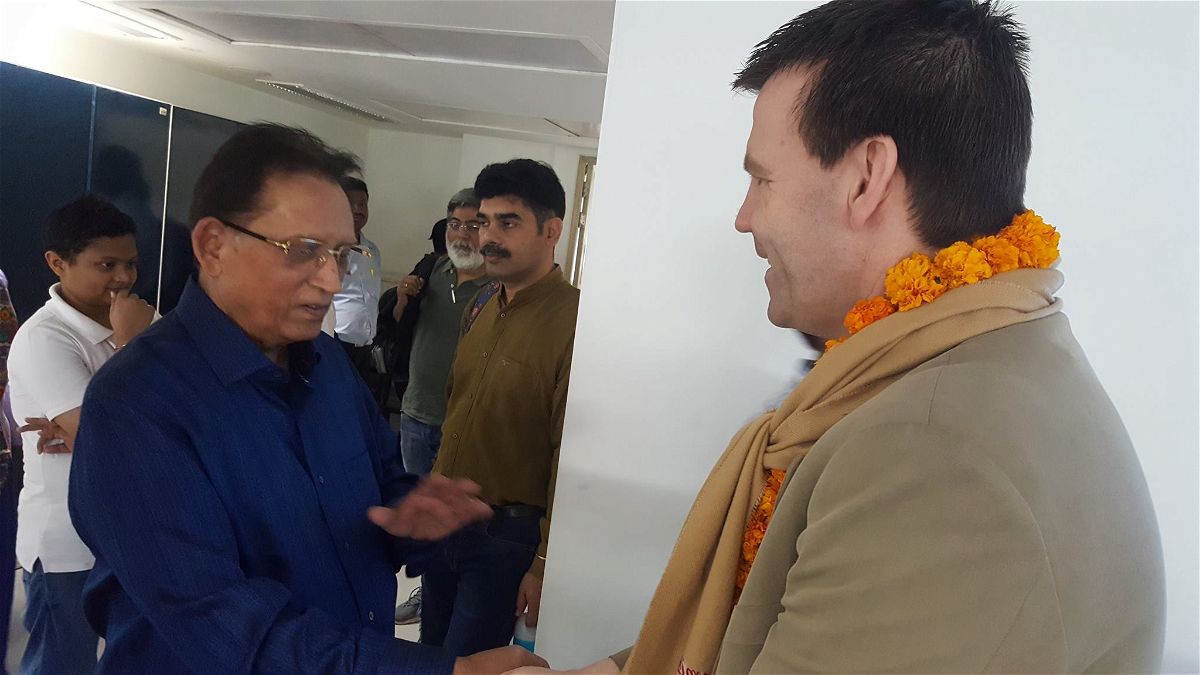 Mr. Rathi, grandfather of chess player Devanshi Rathi, graciously let us use his premises for the chess lectures 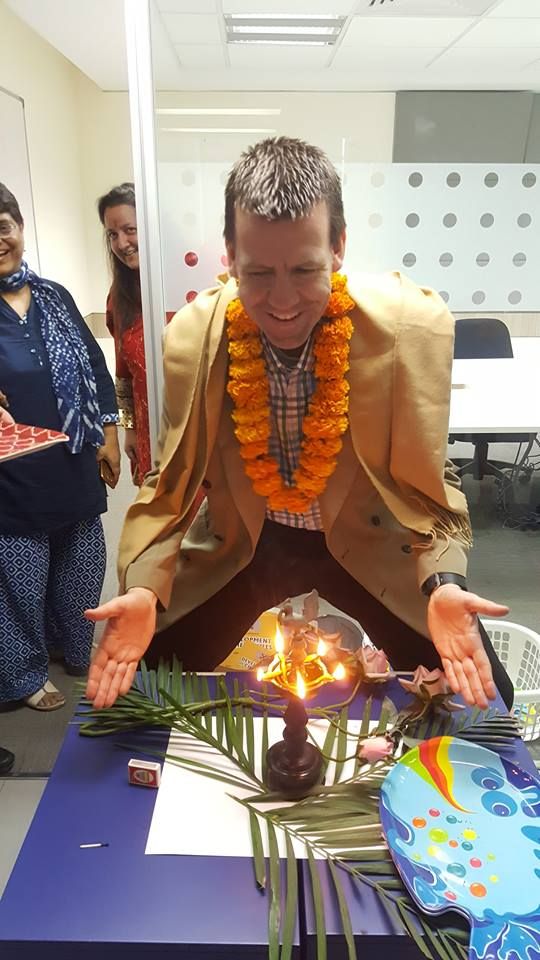 The opening ceremony is done and Jacob's says his golden words, "Let's get on to chess!" 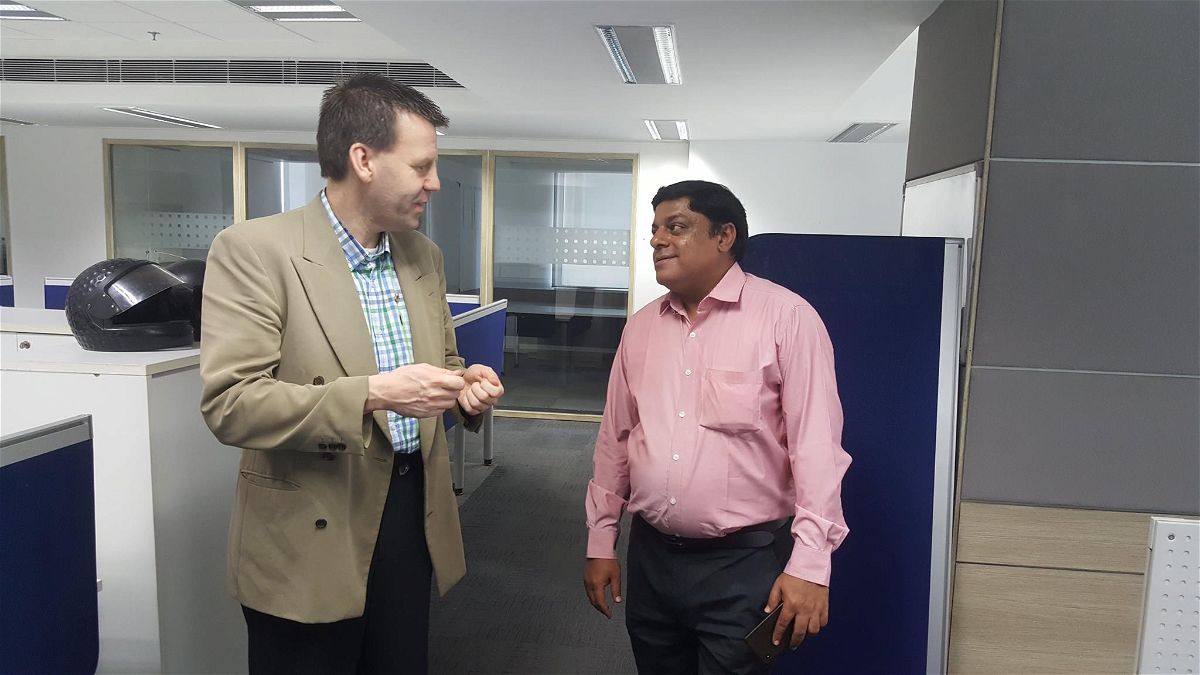 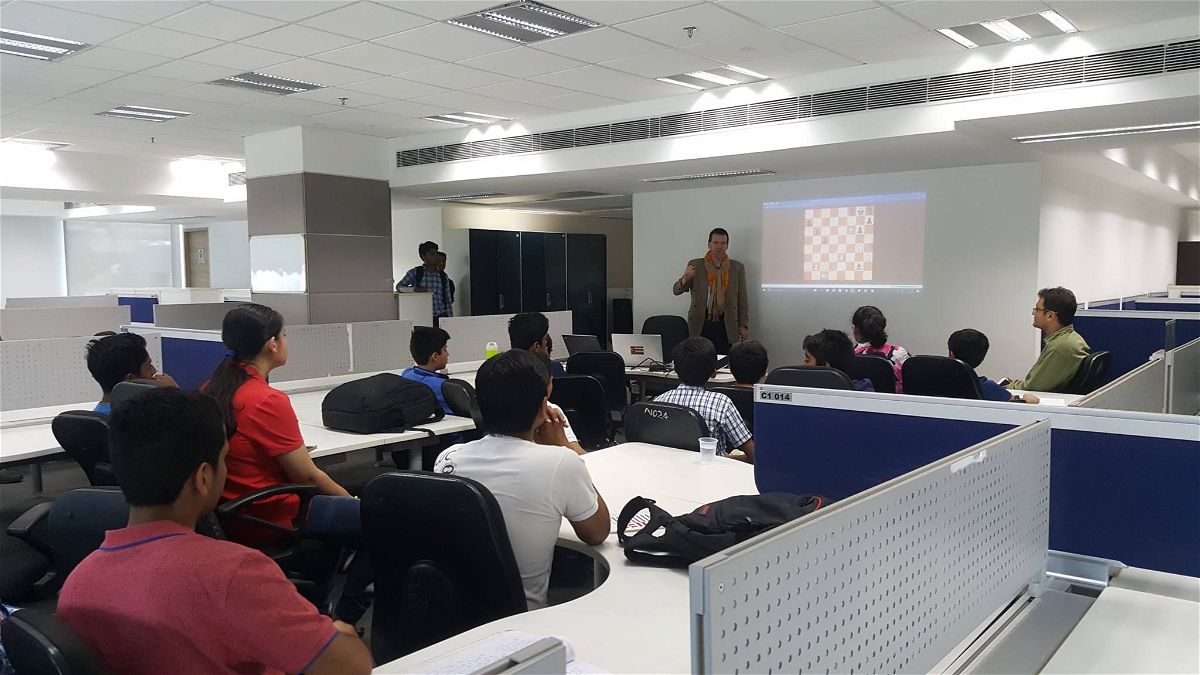 The setting of the three hour morning session

Jacob's general way of functioning at such lectures is to explain a concept in detail, show illustrative examples and then give sheets of six positions to the students to solve. In this way a concept that was taught with theory becomes a part of the student by means of practical exercises.

The other interesting part is that whenever the sheets are distributed to the students they have to write the answer compulsorily next to the position. Jacob, then moves around the classroom and checks the answers giving feedback to the students. In this way he is able to give personal attention and clarify the themes which might not be clear to some students. 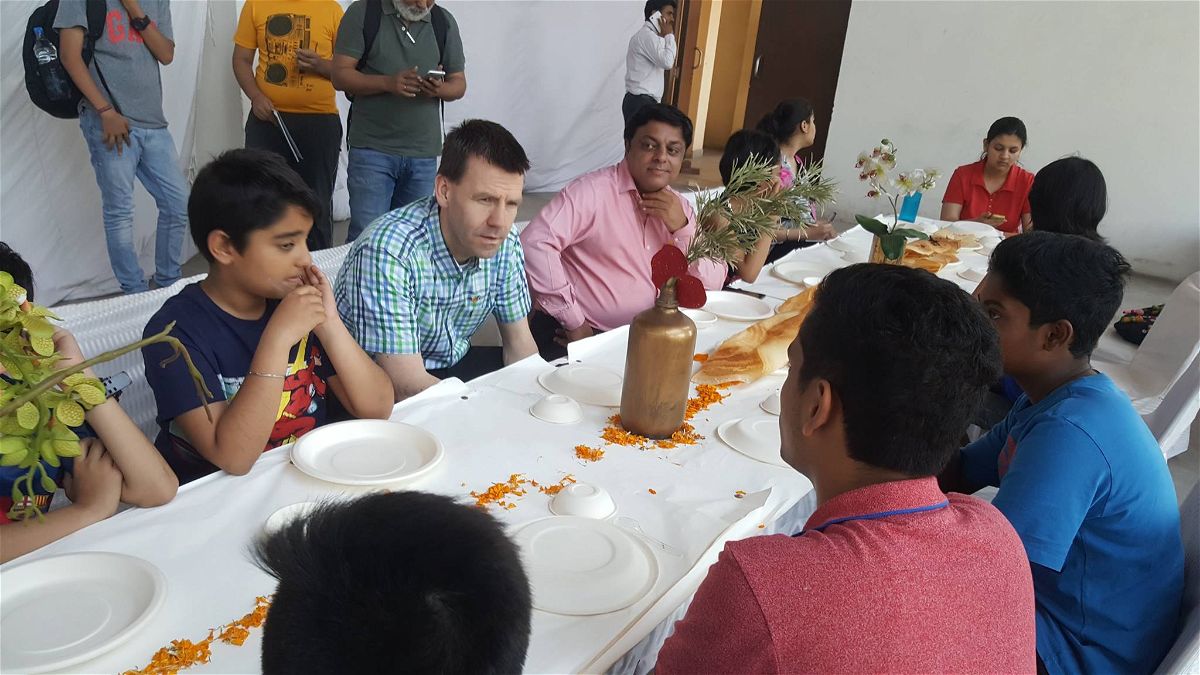 Lunch with Jacob where you analyze positions and ideas was a dream come true for many players! 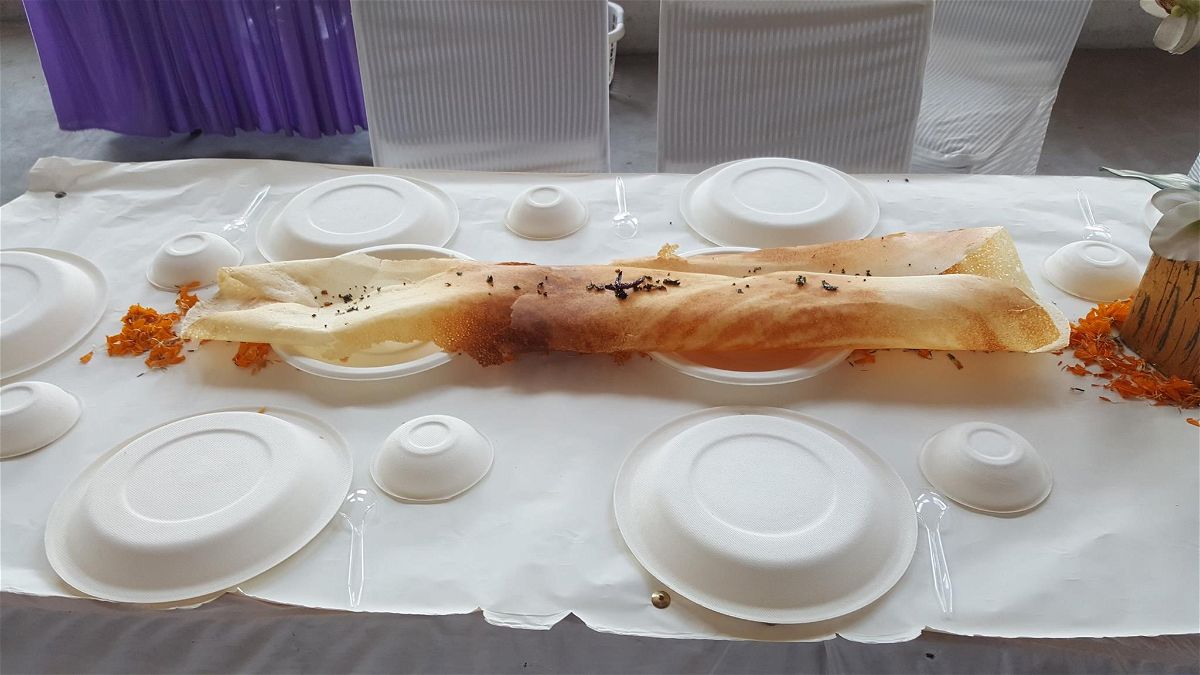 That was a pretty long variation to digest! The paper dosa! 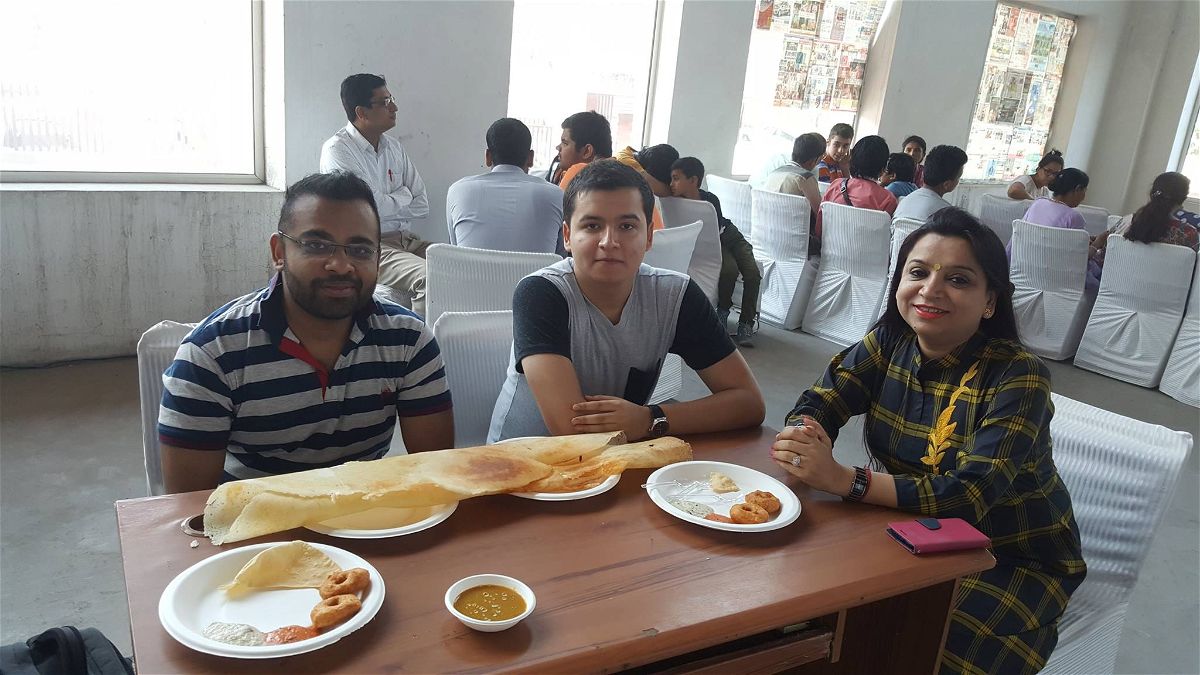 GMs Abhijeet Gupta and Sahaj Grover joined in for the evening session. Also in the picture is Sahaj's mother Sangeeta Grover. 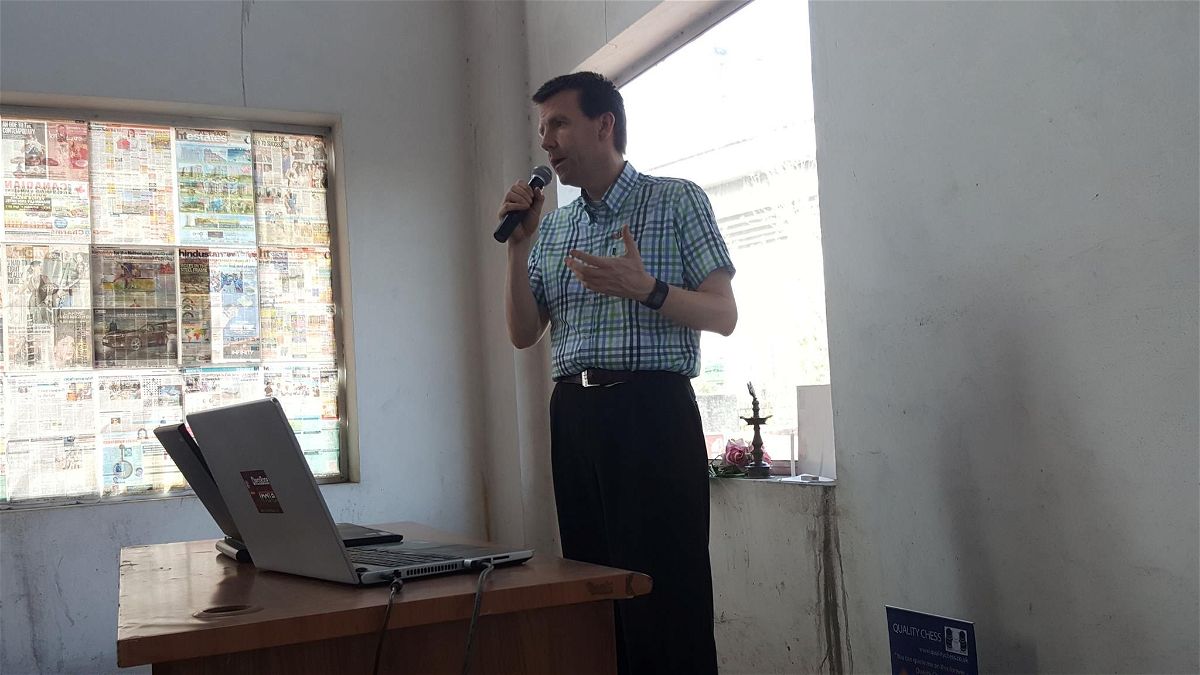 Jacob showed his favourite game against Pallesen from Taastrup 2002. It is a game that is annotated in great depth in the upcoming book "Thinking Inside the Box." It is surely an amazing game and you can see the great depth of annotations in Jacob's book. 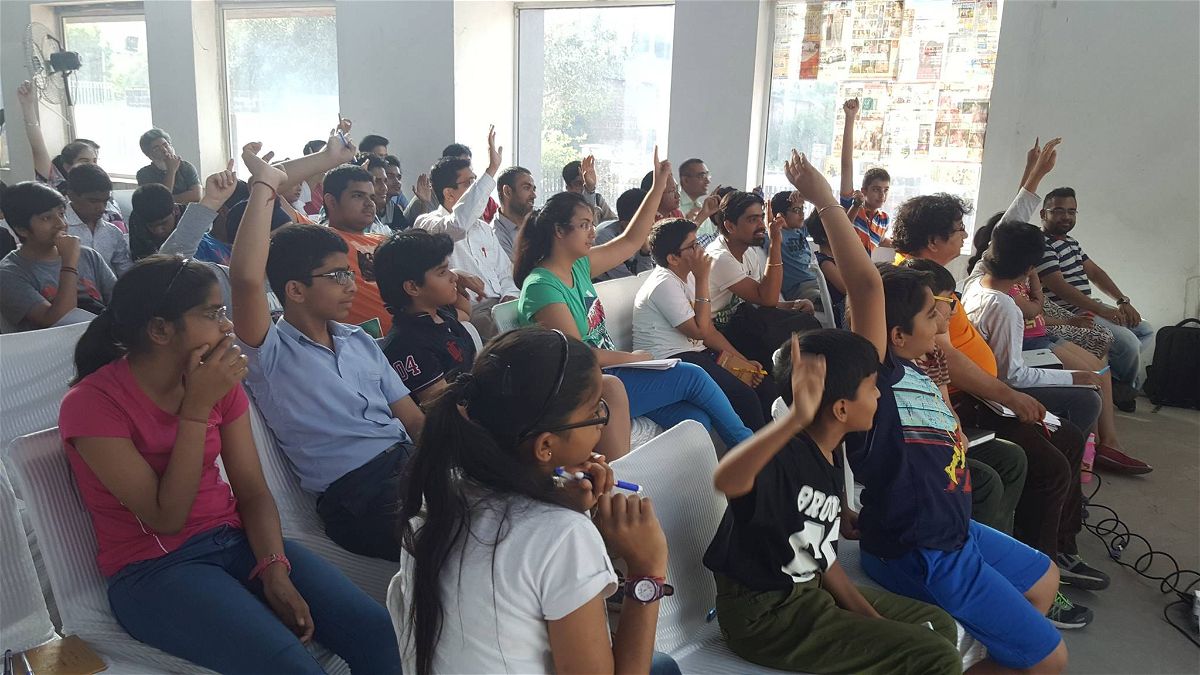 There was great excitement in the crowd, seeing the superb sacrifices! 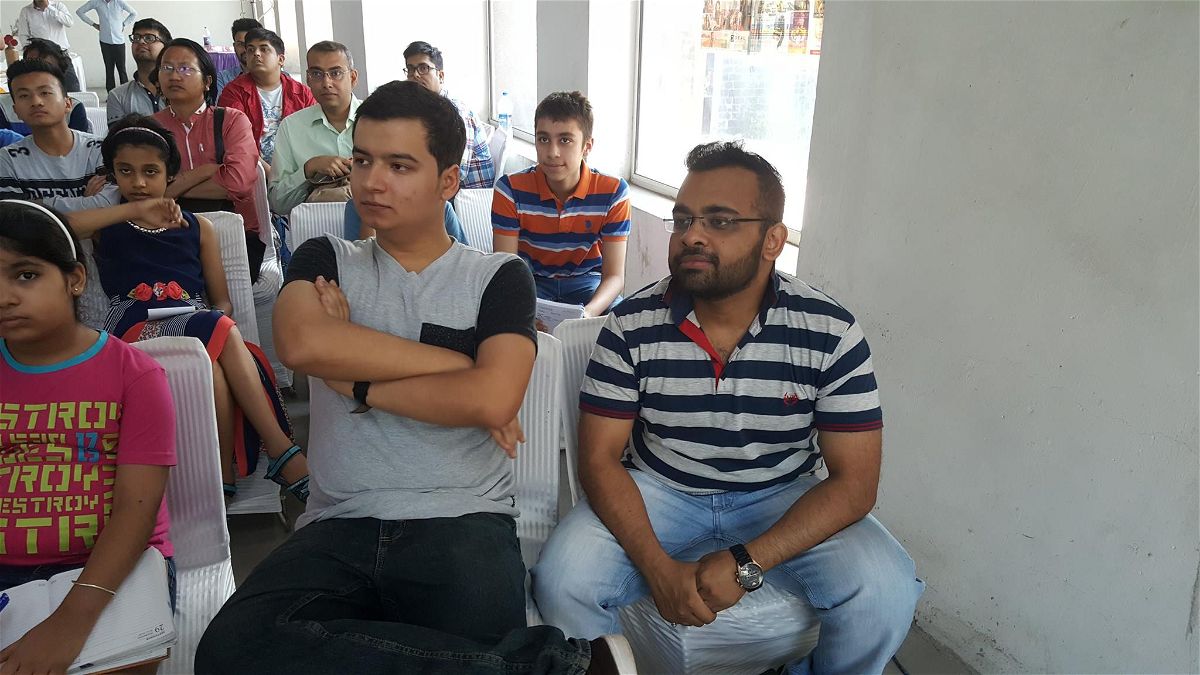 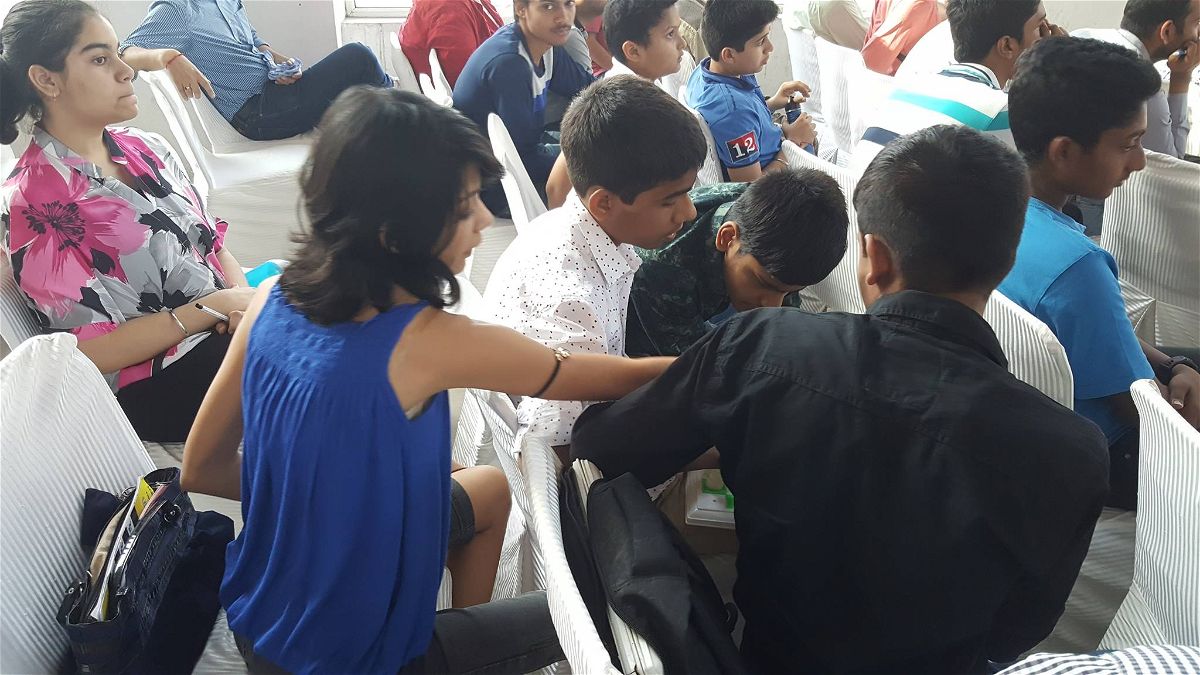 Amruta helped the visually challenged boys by dictating the moves 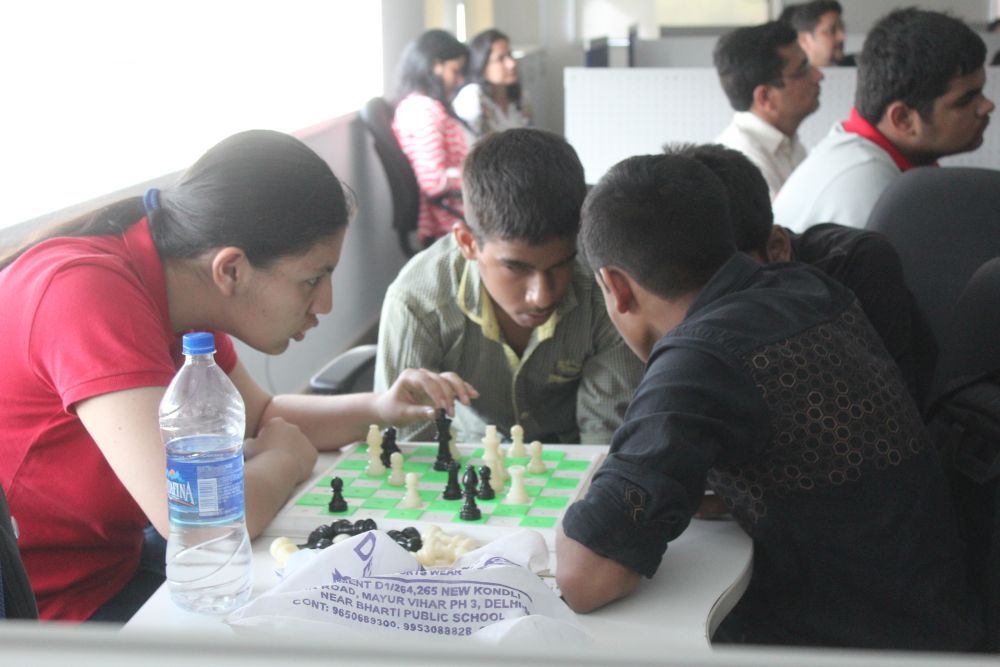 This boys are being helped by Devanshi Rathi. With the project checkmate, Devanshi has been doing some phenomenal work helping the blind players become better at the game. A true hero. 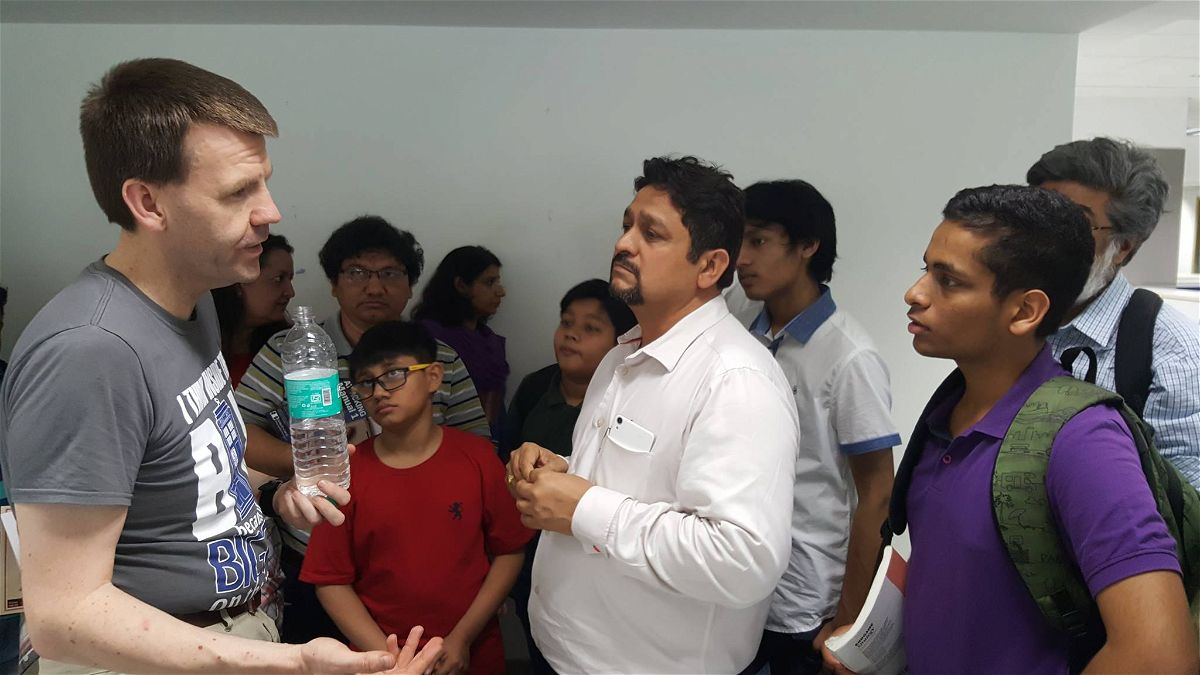 Delhi's famous trainer G.B. Joshi and the upcoming talent Aradhya Garg discuss a few things with Jacob after the session 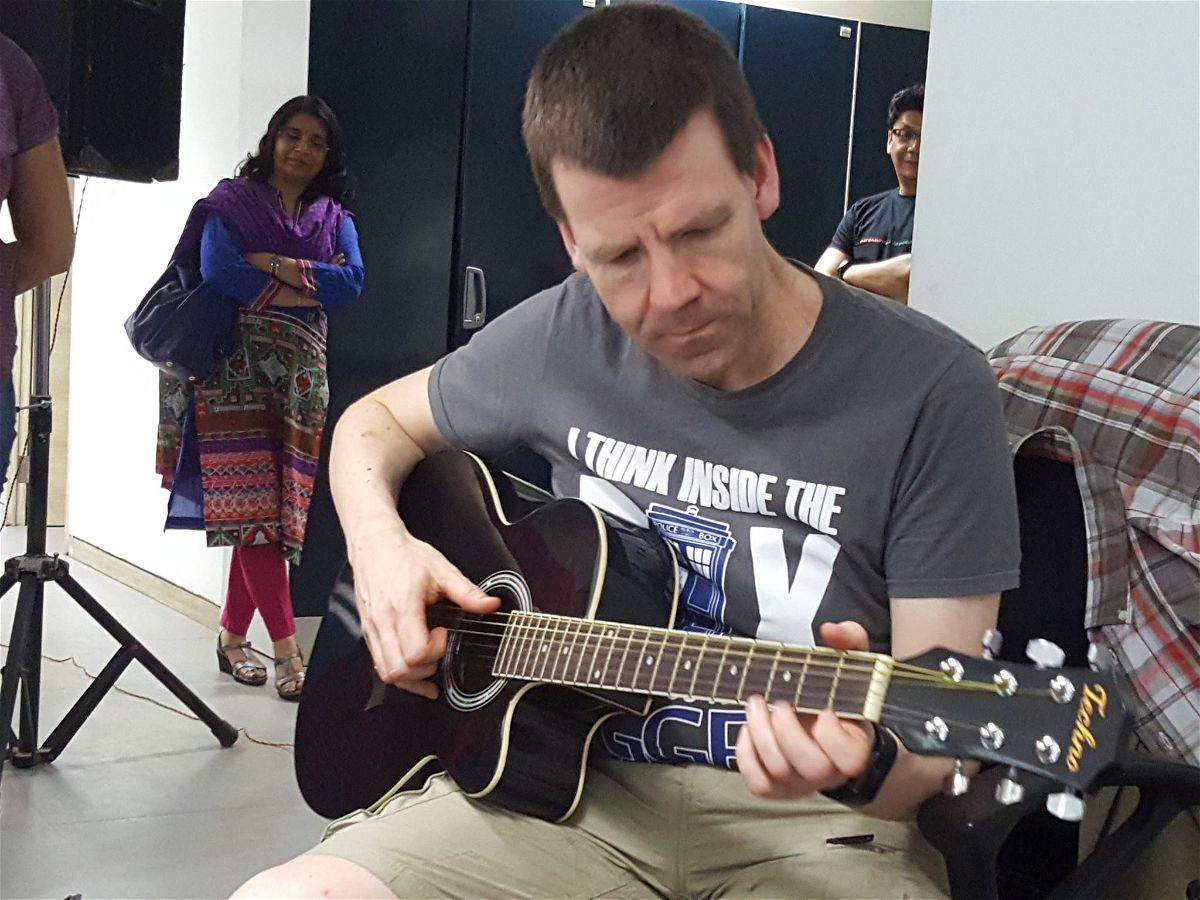 We got to know that Jacob is a good guitar player! Of course, we were not going to let him off the hook without playing a tune!
Little Miss Rain is Jacob's very own composition! 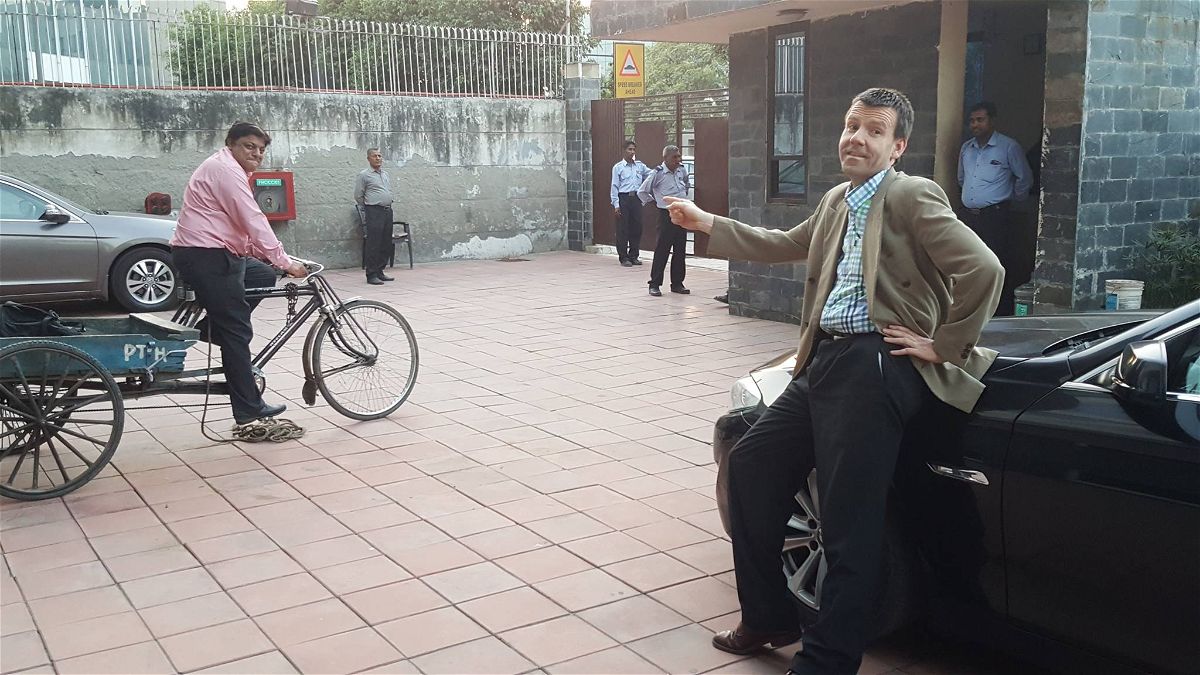 Jacob with the BMW is clearly happy! 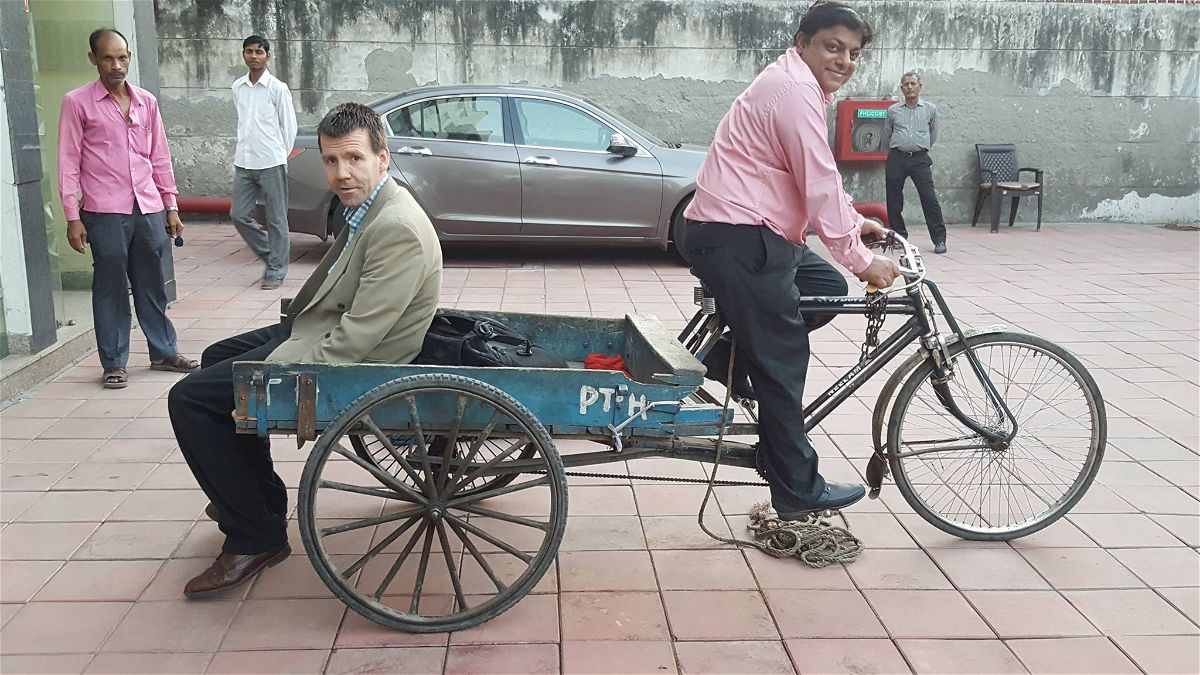 But Vishal ensured that the Scot didn't have all the fun in Delhi! 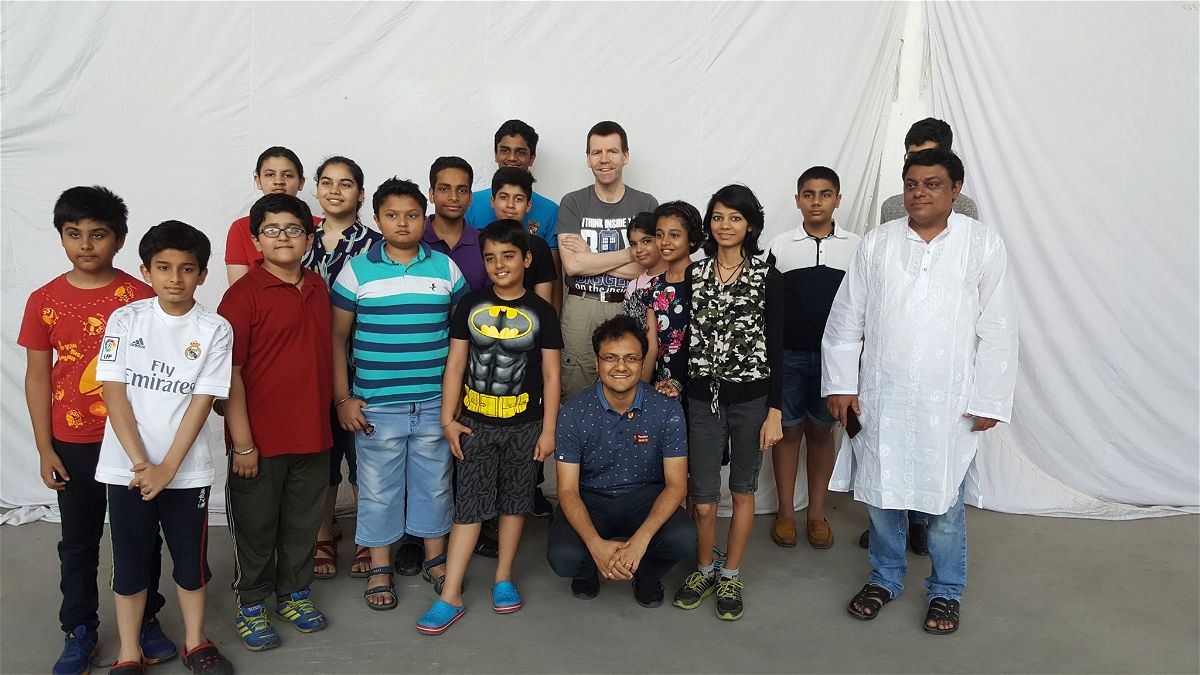 The group picture at Delhi! 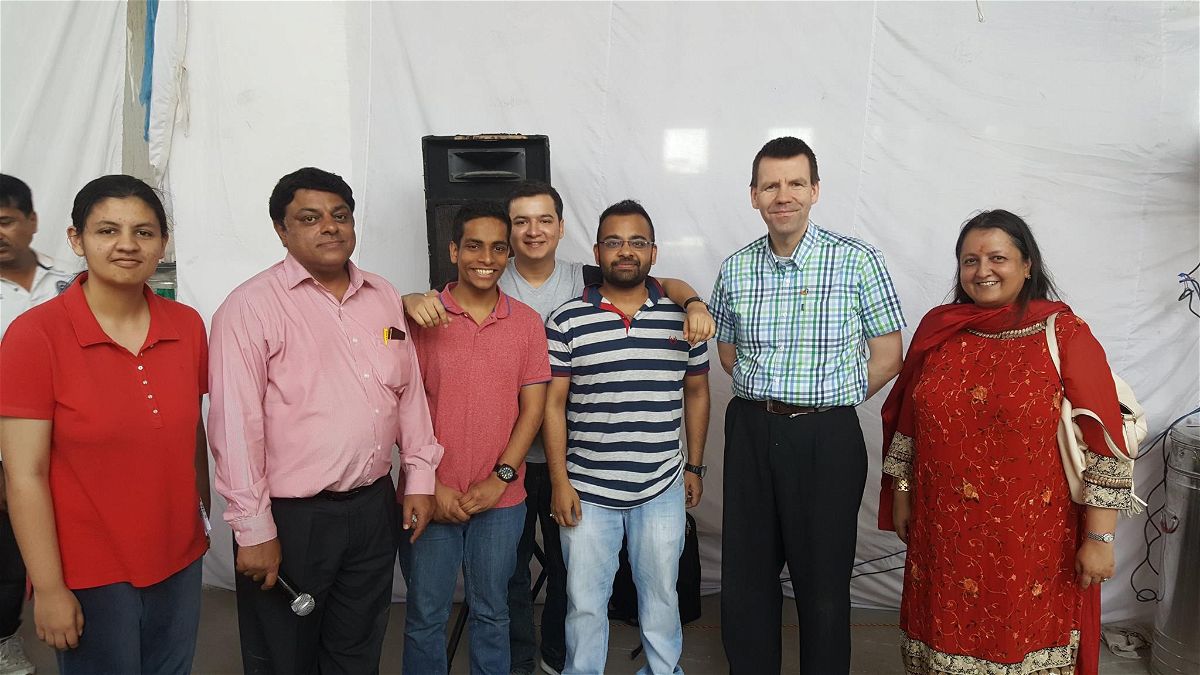 The Delhi Dynamite team at the Pro Chess League 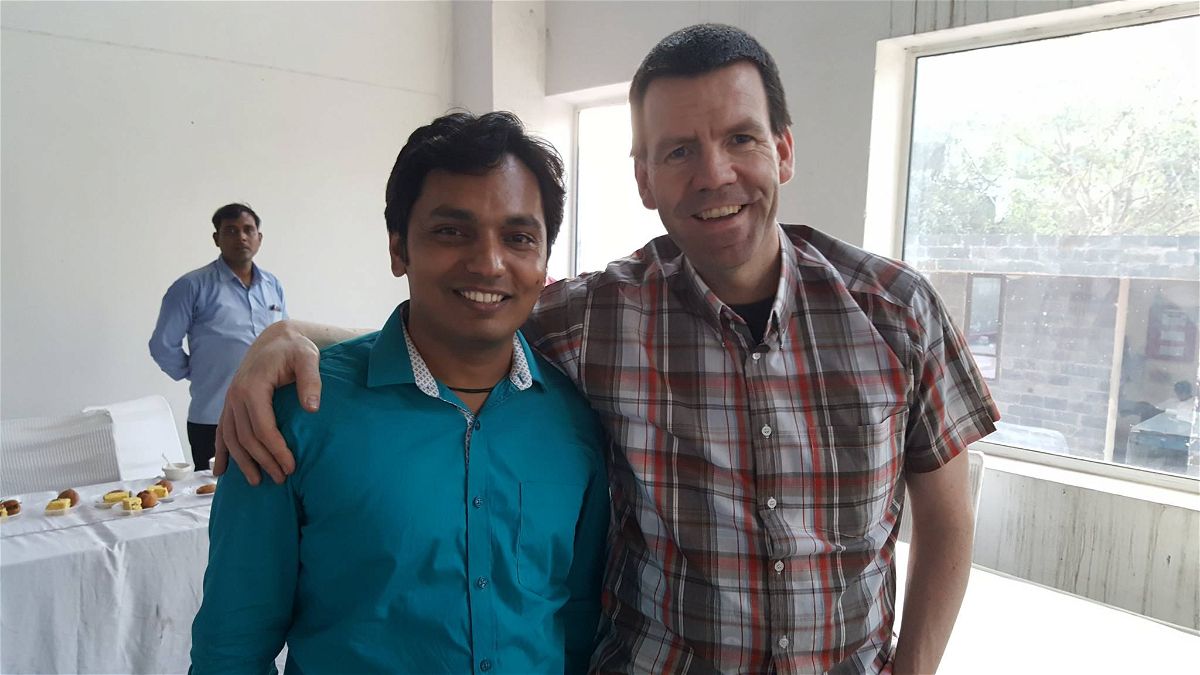 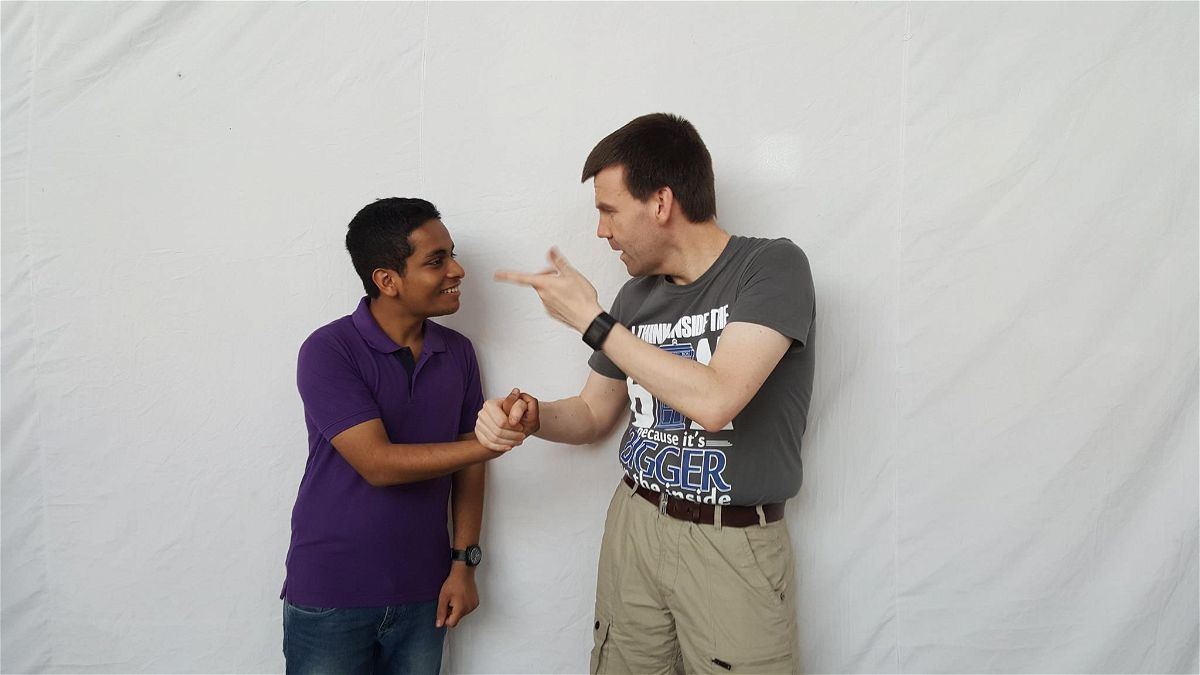 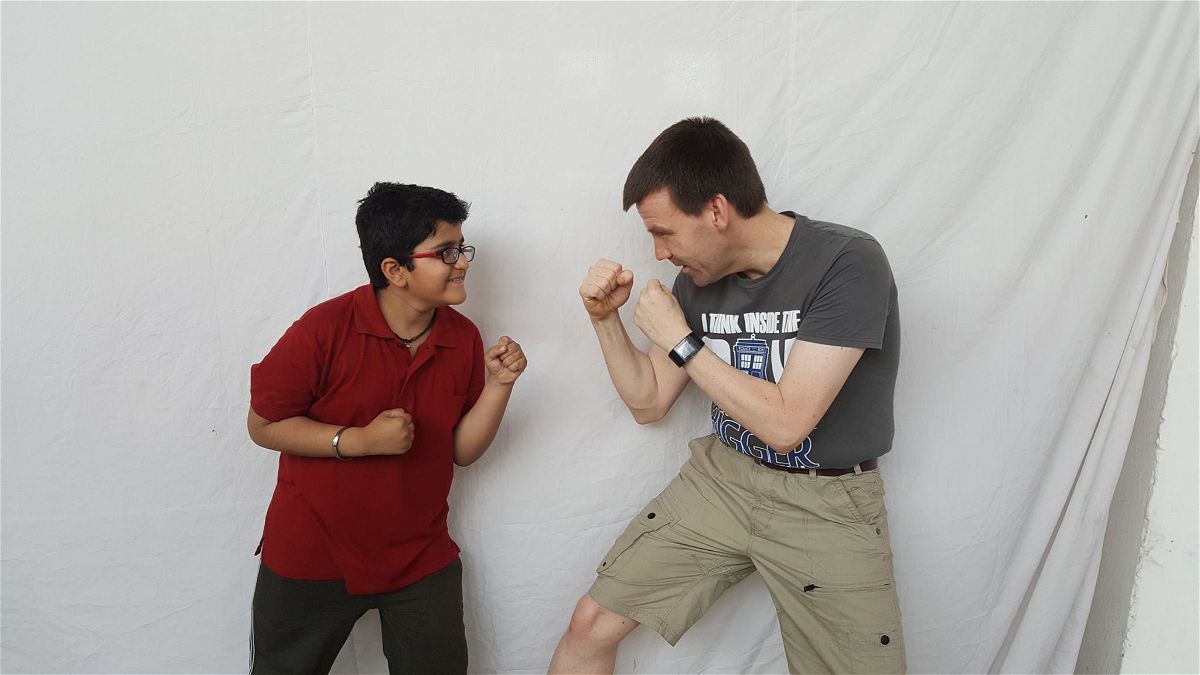 Hope you were able to survive these positions... 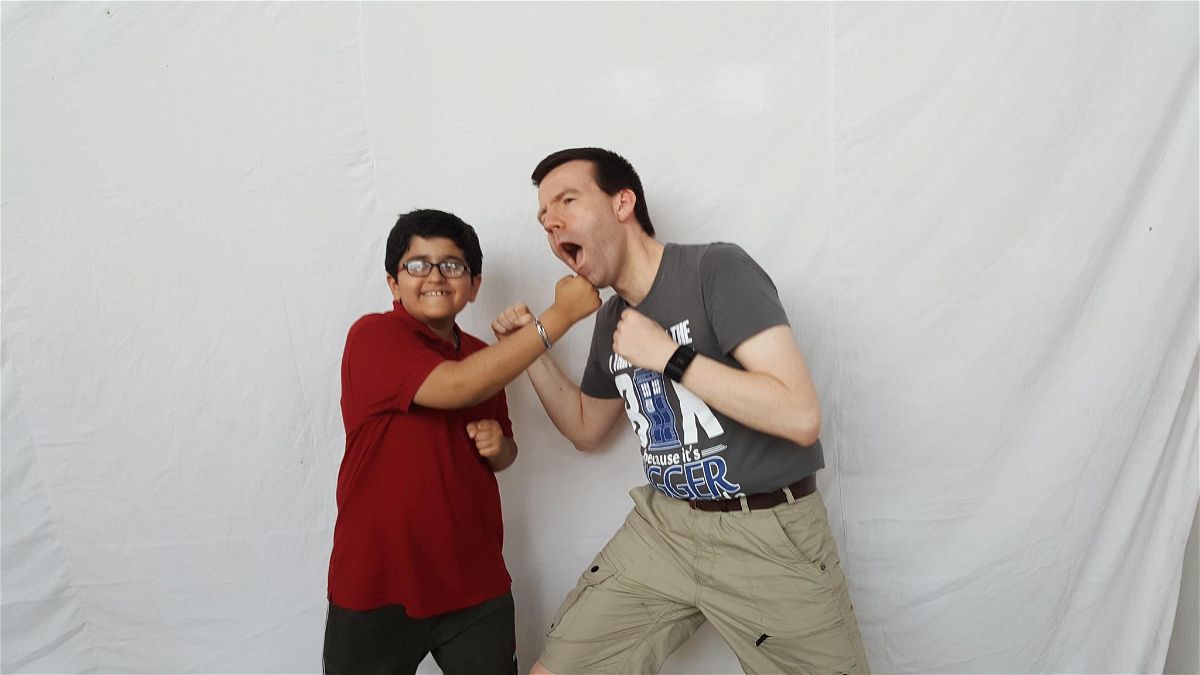 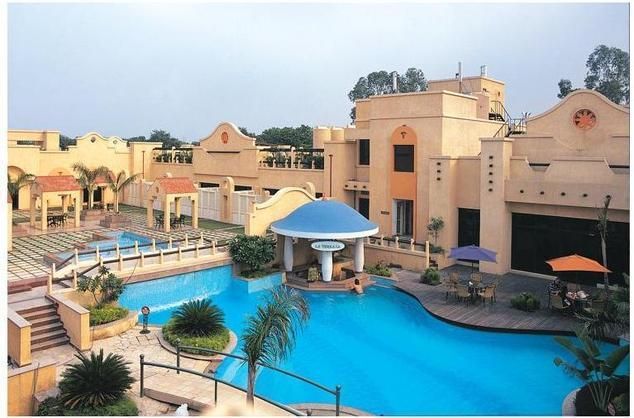 Hotel Tivoli where Jacob was given accommodation was an amazing property. A huge thanks to the entire organsing team of Vishal Sareen, Delhi Chess, Nandita Rathi and Manicka Agarwal. 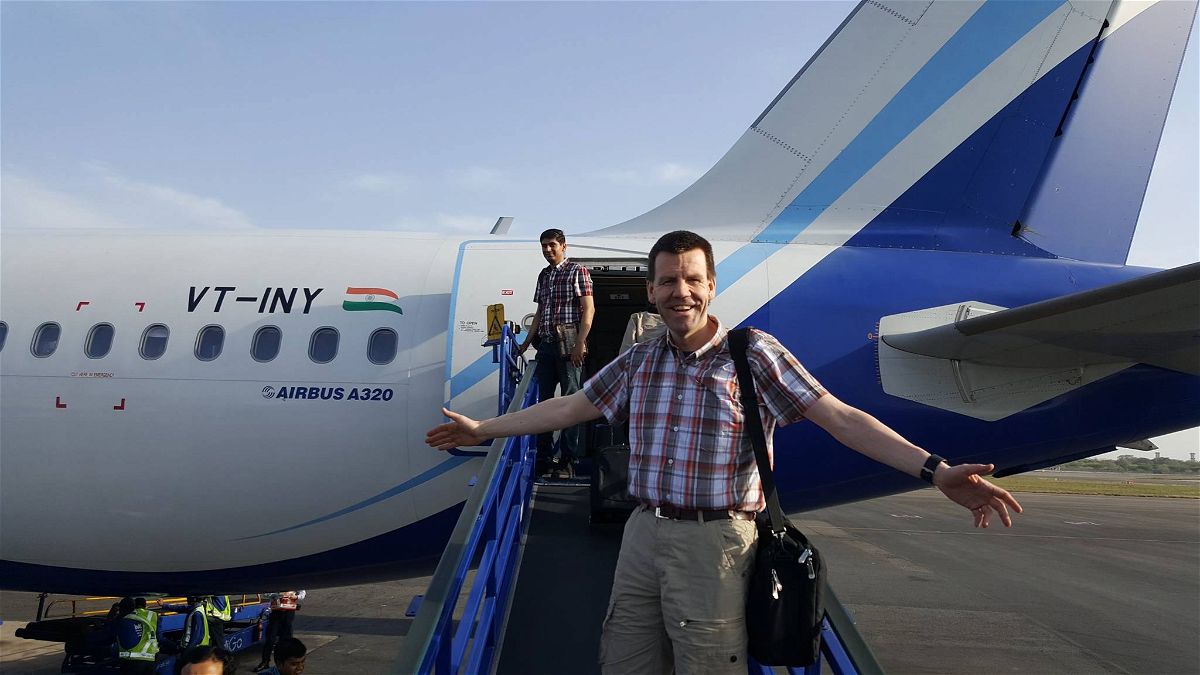 It was now time for the city of Joy - Kolkata!