Isle of Man R08: Learn how to mate with a bishop and knight!

Harika lost her game and so did S.L. Narayanan. Vidit drew his game. 26 Indians went to Isle of Man but the performances haven't been highly impressive. Yet, round eight had plenty of things for us to learn. In this report you will learn how grandmasters above 2700 Elo are able to make short draws which somehow we, normal players, are never able to! You will also see Shirov's attacking flair, Naiditisch's tactical acumen and last but not the least you will learn the technique of how to mate with a bishop and knight. Hou Yifan got that position and the reigning World Champion didn't face any problems!

Round eight wasn't particularly an encouraging round for the Indians at the Isle of Man International 2016. Vidit, Harika and S.L. Narayanan were three players on 5.0/7. But in the eighth round Harika and Narayanan both slumped to a defeat against Alexei Shirov and Arkadij Naiditsch respectively, while Vidit drew his game against David Howell. 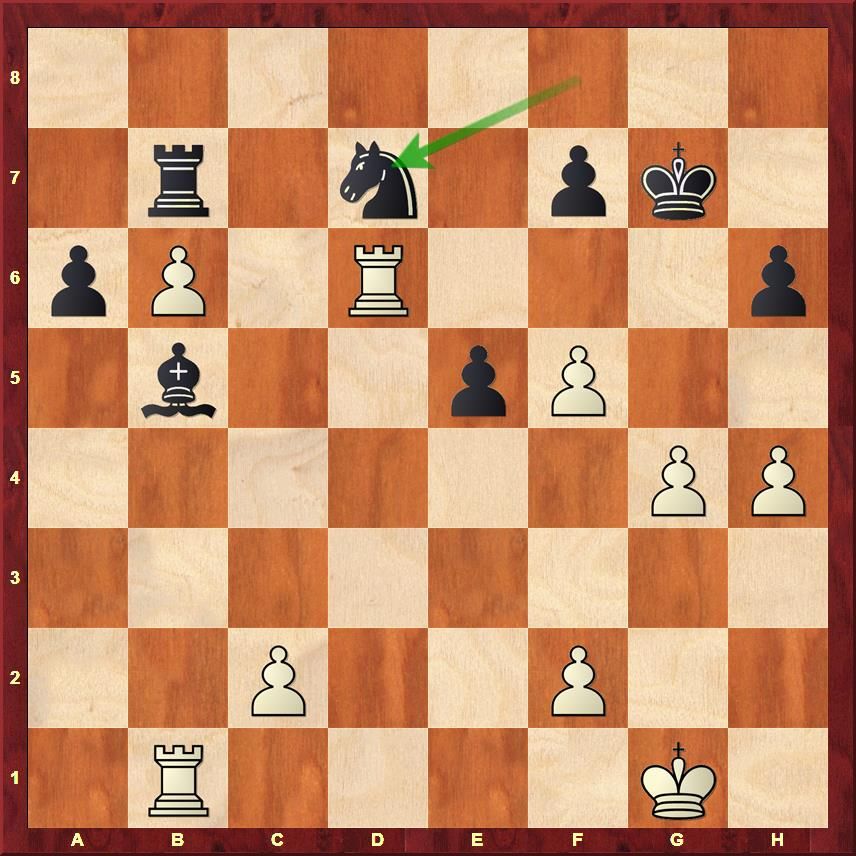 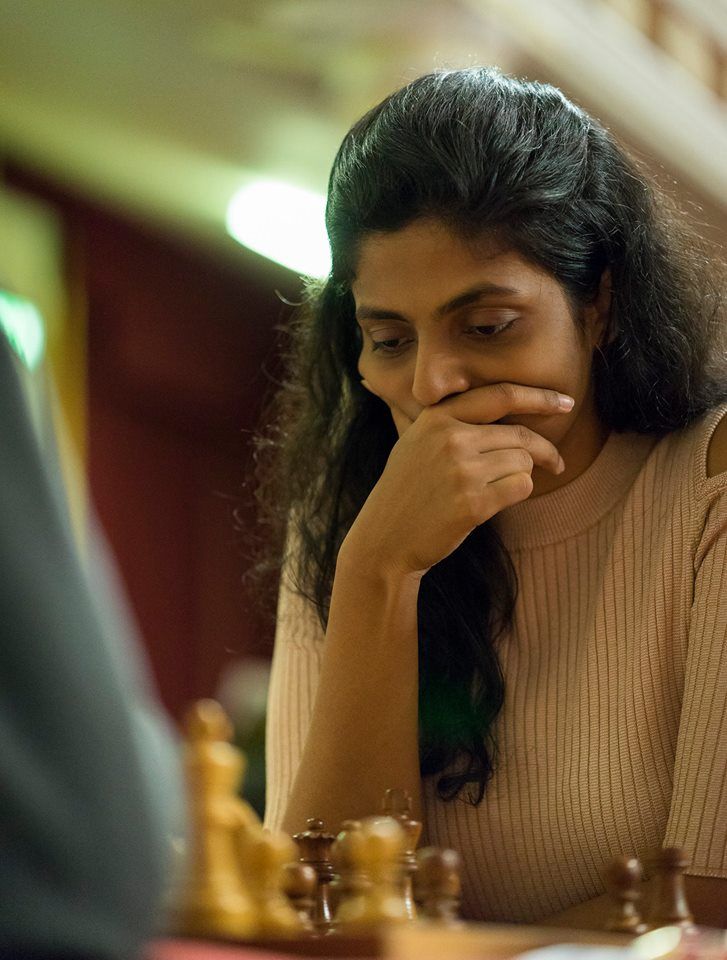 Harika has been playing excellently at this event. This even led Vishy Anand to tweet about the Andhra girl's solid play

In the eighth round Harika's French didn't prove enough for Shirov's attacking prowess. The Latvian won a fine attacking game:

After his excellent start with 5.0/6 Vidit also received words of praise from Vishy:

The loss against Eljanov in round seven was a setback for Vidit. He tried to set things straight with an aggessive intent against David Howell. But the English GM was in a peaceful mood and opted for the Alapin variation in the Sicilian. It was a game without any mistakes for both sides. Gujrathi takes on the experienced Julio Granda Zuniga in the final round. 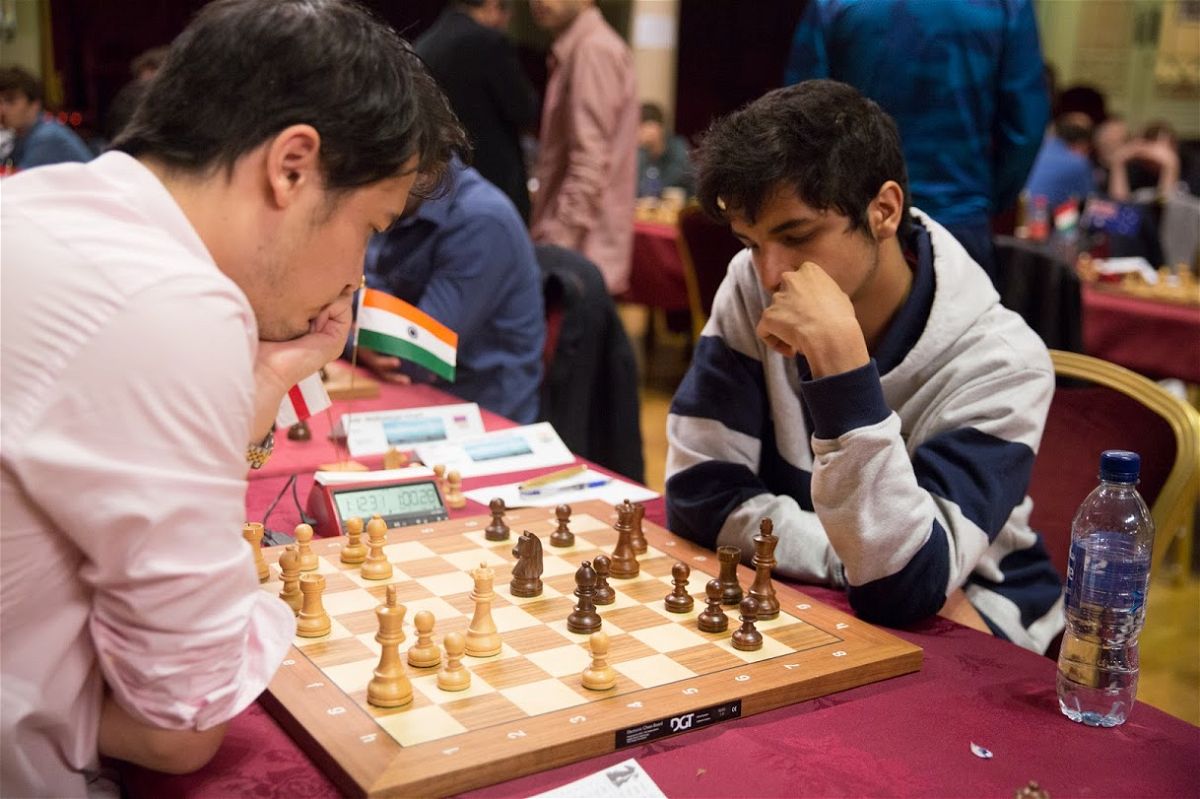 Learning to mate with a bishop and knight 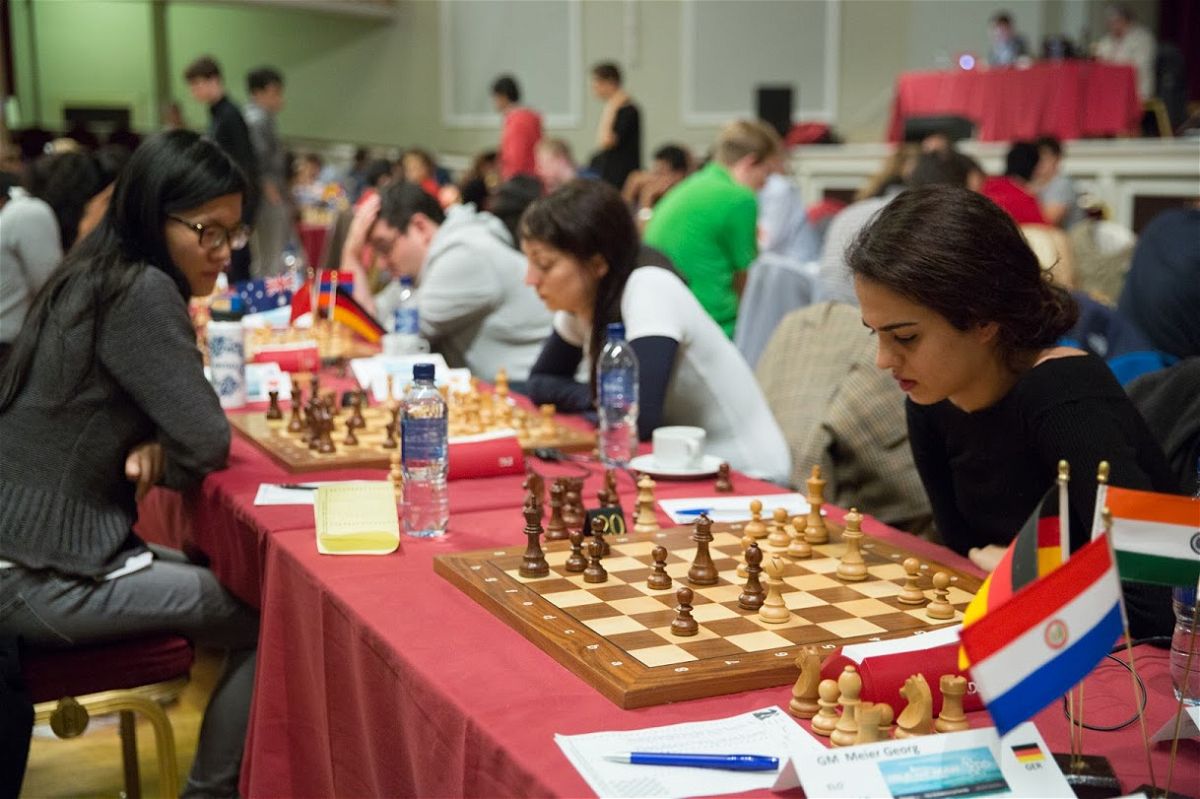 In the background is the game between Elisabeth Paehtz and Hou Yifan in progress. After 66 moves the players reached the following position: 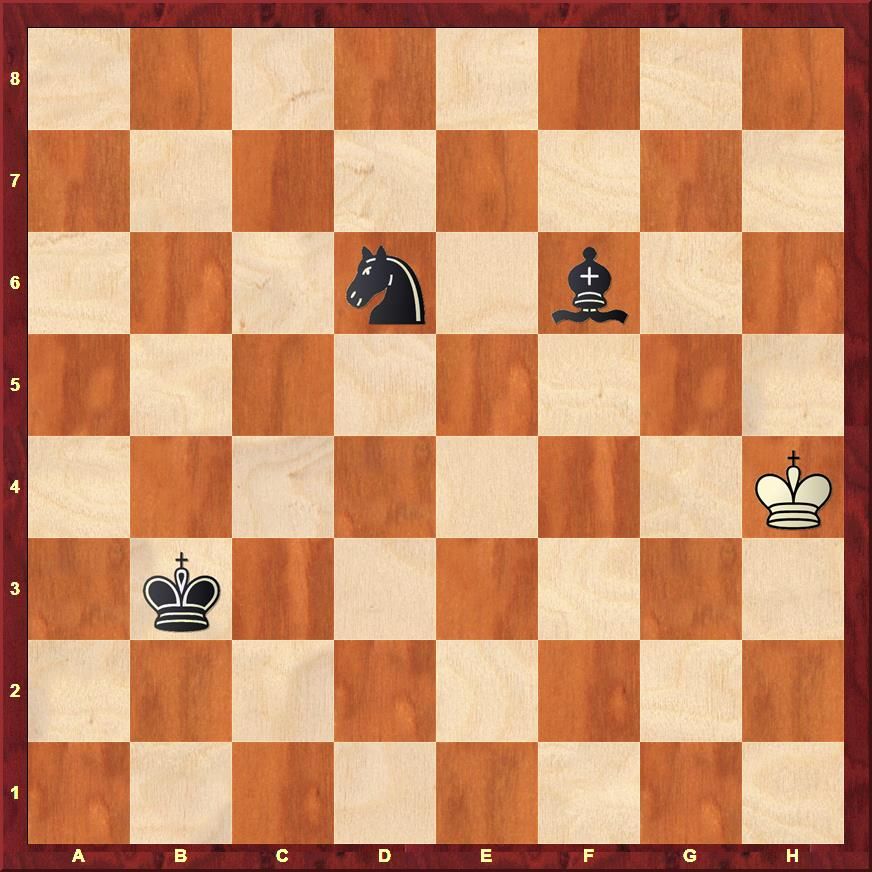 Will you be confident of checkmating your opponent with the bishop and knight? If not, then have a look at the video below where I explain some of the most important features of the bishop + knight mate.
Mating with a bishop and knight is nothing but a matter of practice. Once you practice it enough, you are able to easily execute it on the board. 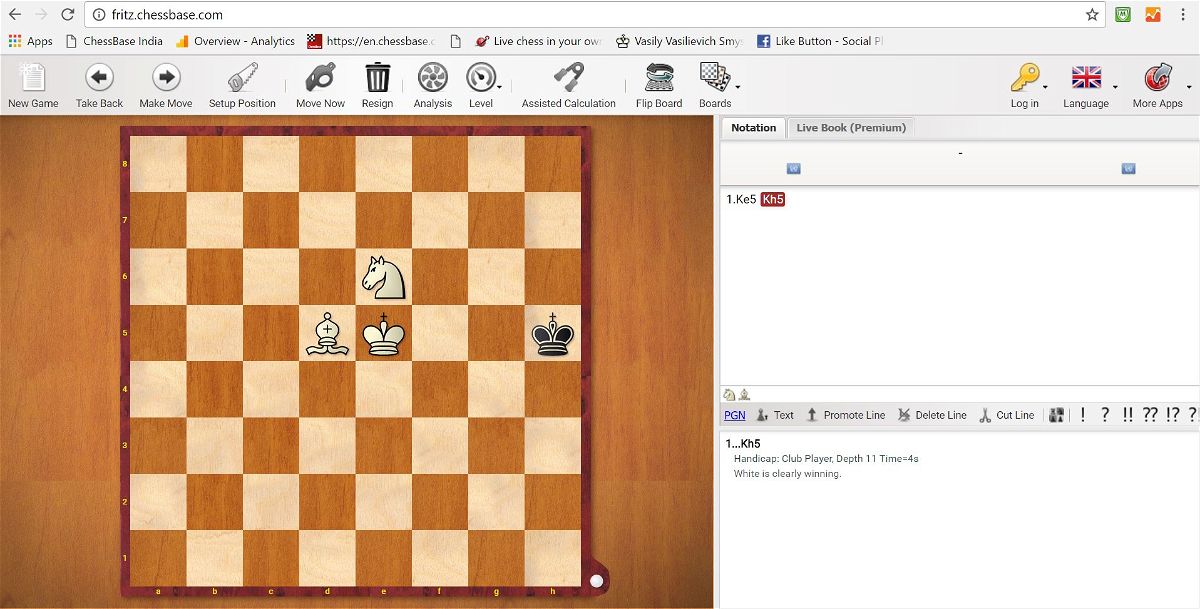 All those who are ChessBase Account Premium members can go to Fritz Online webpage. There you can setup any position of your choice and practice it out against Fritz program! It is the best way to learn such complex endgames.

The ChessBase Account costs only Rs.1499 per year for Indian residents. You can buy it from the ChessBase India online shop.

Many times we see battles between two 2750+ players end in short draws. We try to think about the reason for the same and we realize that these guys have great control on their moves. Their sense of danger is immaculate and when they sniff that their position is going downhill, they quickly exchange stuff and make a draw. Not to forget, their opening preparation is immaculate. This is exactly what happened on the top two boards in the eighth round between Eljanov vs Caruana, and Nakamura vs So. 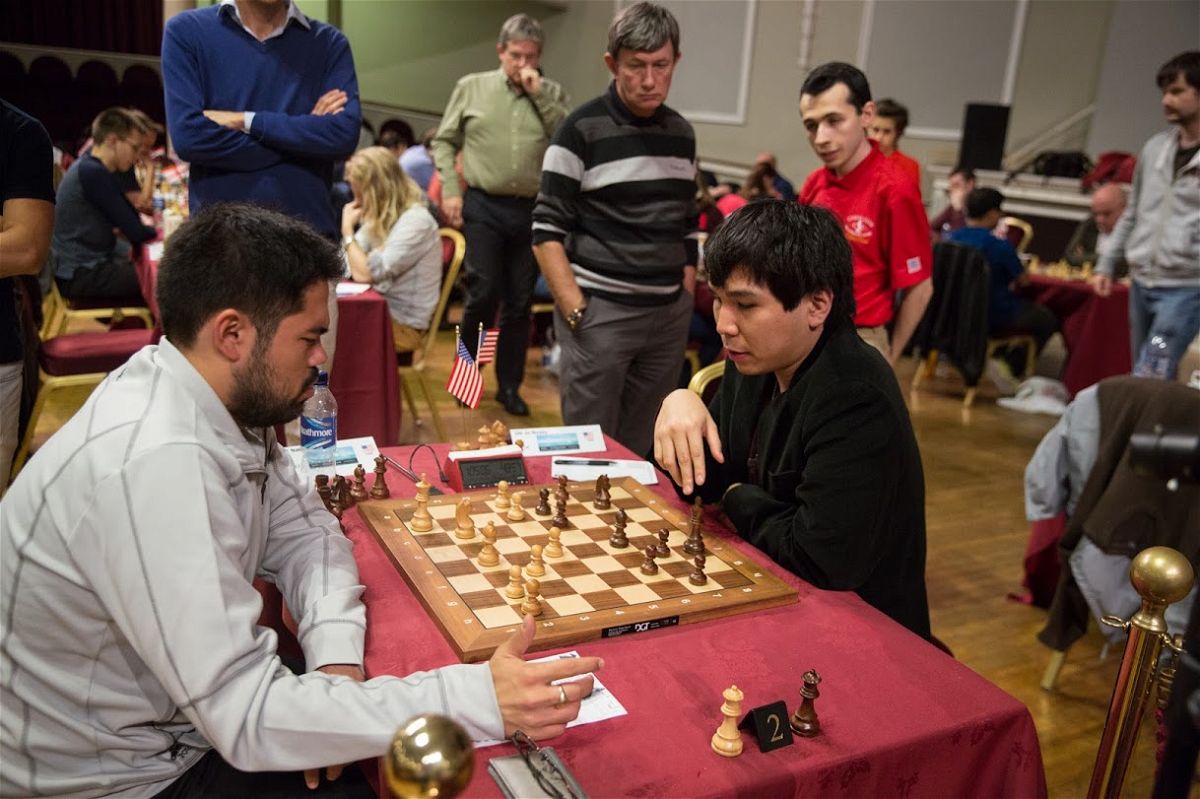 Pairings of the next round for IND

Round nine will begin at 5.p.m IST. Catch it live here.