Live from Shamkir: Last round against Safarli

A super elite tournament has begun in Shamkir, Azerbaijan from the 26th of May. Indian interest is sparked by the participation of Pentala Harikrishna who will cross swords against wolrd class players like Caruana, Giri, Karjakin, Mamedyarov and others. We have set up a live game page for you to enjoy Hari's game with the help of live book, strong engine, let's check and other functionalities. Round begins at 4.30 p.m. IST.

Shamkir Live: Last round against Safarli

The Vugar Gashimov Memorial is being held in Shamkir, Azerbaijan, from the May 26 to June 4, 2016, in memory of the great Vugar Gashimov, who passed away on the 10th of January 2014. The tournament features ten world-class players: 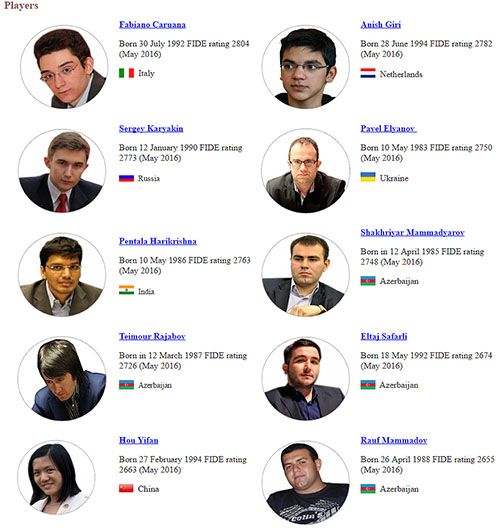 After quite a successful show at the Norway Chess 2016 where he beat Anish Giri and Li Chao, India number two, Pentala Harikrishna is back in action at the Shamkir 2016. And this time, he is seeded in the upper half (fourth seed) of the event. 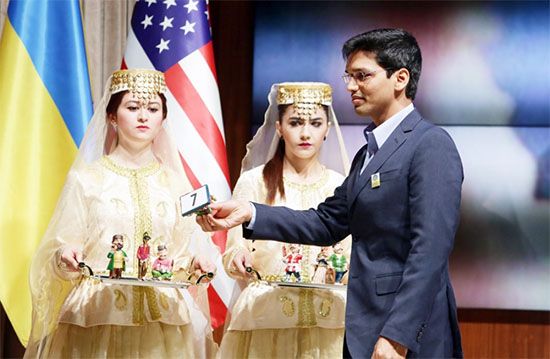 Number seven means Hari will have five blacks and four whites in the event
Harikrishna will face Eltaj Safarli in the ninth and final round on 4th of June 2016.

Live games will begin at 4.30 p.m. IST. Until then you can playover the moves of the previous round.

All the ChessBase Account Premium users can enjoy the live commentary for free on PlayChess in the broadcasts room.

Click on the broadcasts on the lower right-hand corner to enter the broadcast room and then click on games at the top. At 4.30 p.m. IST, the live commentary begins.

If you are not a ChessBase Account premium member, you can become one for just Rs. 1499/- for an entire year. In addition to this commentary you can enjoy a host of other features.