Harikrishna is India No. 1 on the live rating list

In 1986, with a rating of 2405, Vishy Anand shot ahead of all his compatriots at the end of the 23rd National A. This India number one post he preserved right until the 15th of March 2016, until that fateful game in which he lost against Sergey Karjakin. Pentala Harikrishna who has been hovering around the 2760 Elo mark for quite some time now, finally made the leap and became India number one based on the live Elo rankings.

After almost 30 years of being India number one on the FIDE rating lists, on 15th of March 2016, Vishy Anand slid to the second spot. Anand lost the fourth round game of the Candidates tournament 2016 to Sergey Karjakin. 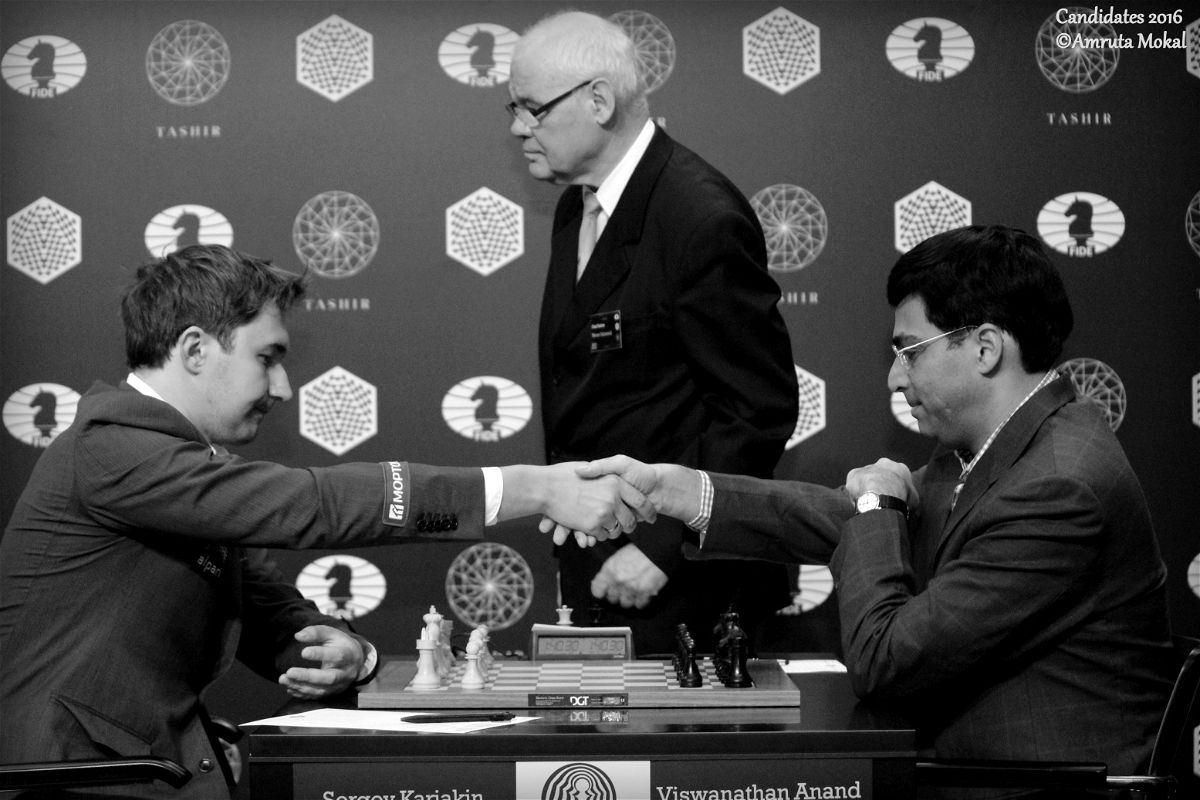 The game on 15th of March 2016 that made Anand lose five Elo points
The cat and mouse race between Anand and Harikrishna had been going on for quite some time and reached its climax on 21st February 2016 when Anand and Harikrishna faced off against each other in Bundesliga. That game ended in a draw and was reported on our newspage.

After that game Anand still had a 3.3 Elo point lead over Harikrishna
Things started to look good for Anand as he won the first round of the Candidates 2016 by beating Veselin Topalov. This win gave him 5.3 Elo points. Draws against Aronian and Caruana gave him an additional 0.7 points. The gap between the two had widen to 9.3 Elo points. However, when Anand lost to Karjakin, he shed 5 points and slid to India number two on the live ratings list.
But wait, isn't 9.3-5 = 4.3 Elo points in the favour of Anand? Shouldn't Anand still be ahead of Harikrishna? Well, Hari was also busy playing in the Bundesliga and scored wins over Alexander Donchenko (+2.7) and Pavel Tregubov (+2.6) to forge ahead. The difference is only 0.3 because of the round up difference of 0.7 points that occurred at the end of February. This is how things stand on 16th of March 2016:

Harikrishna is 0.3 points ahead of Vishy Anand 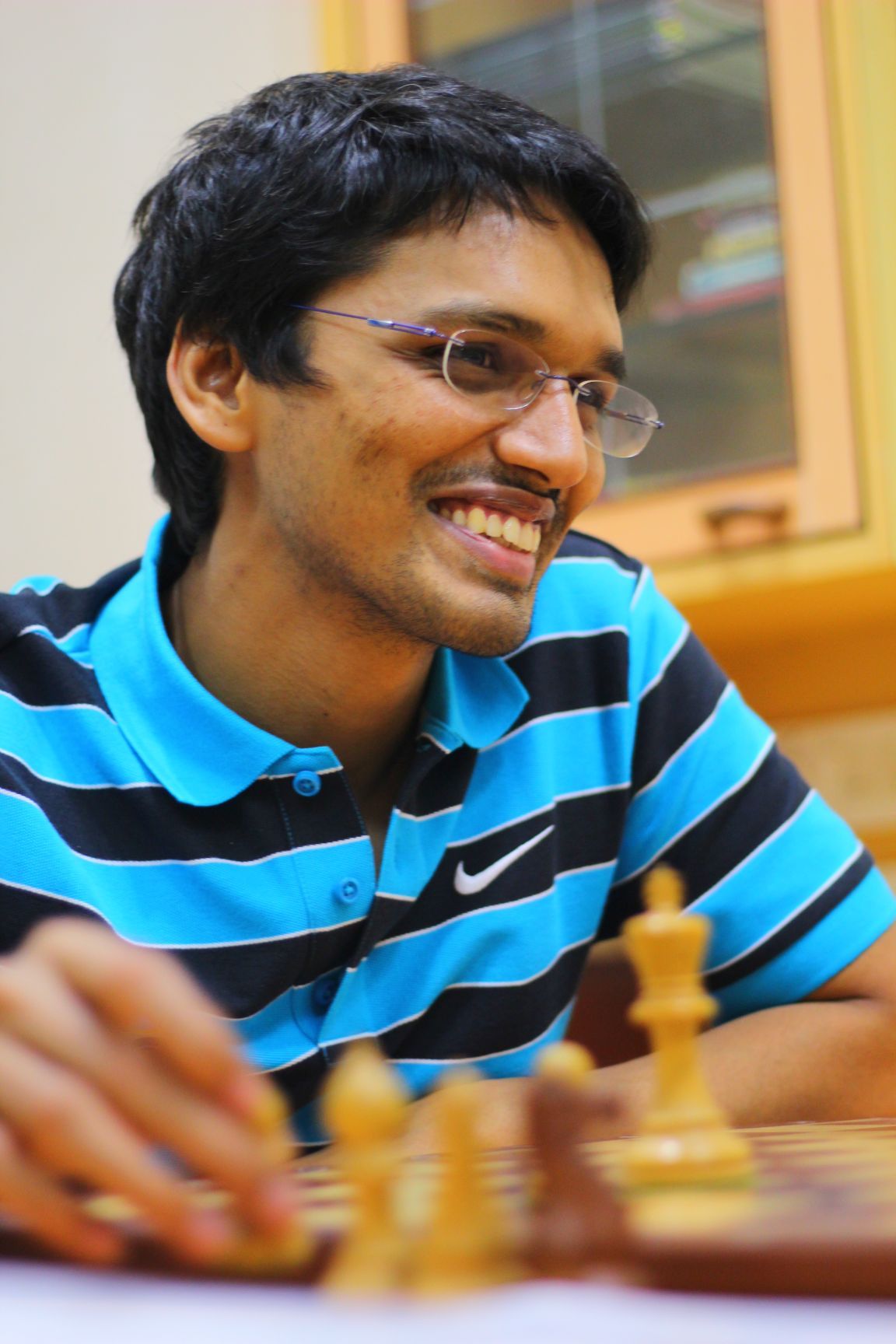 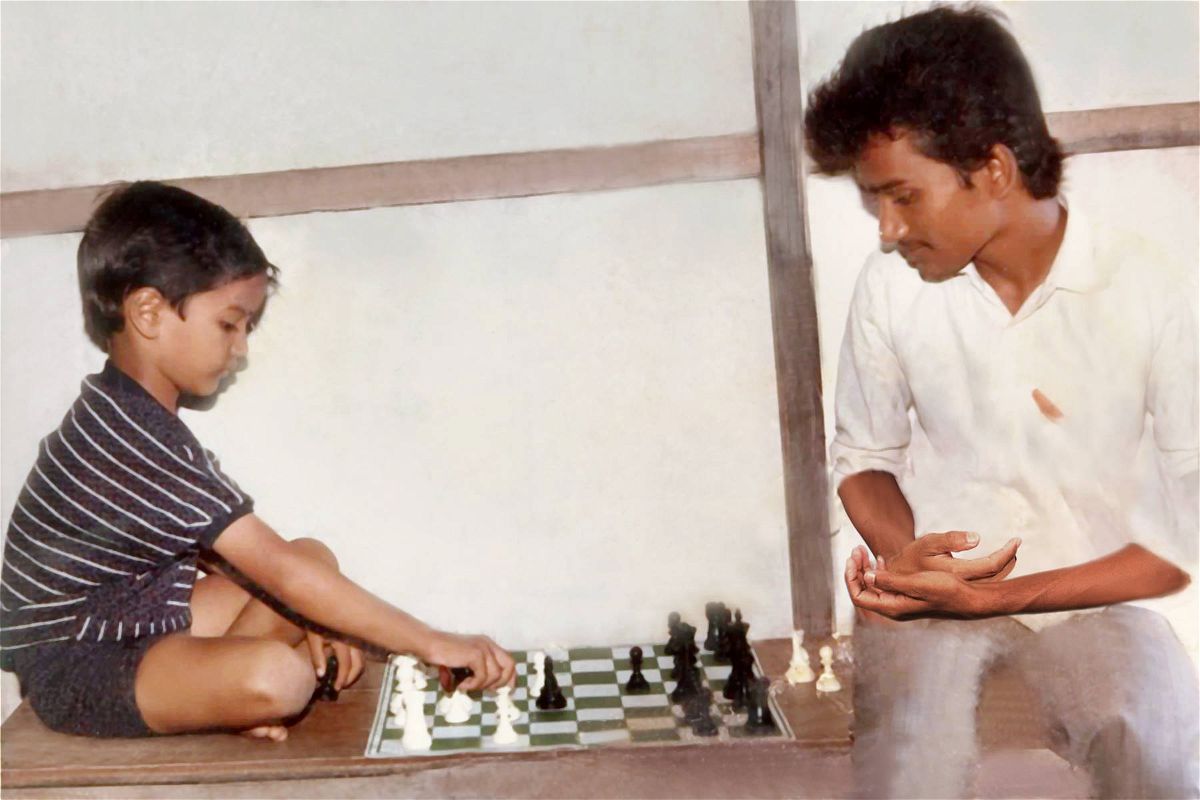 Harikrishna (left) taking baby steps towards becoming India number one! (picture from Hari's facebook page)
Says Kameswaran Venkatachalam, who has been Anand's trainer and has accompanied him on many events when he was young, "According to available records at home (Anand's profile, album etc.) Anand shot up to 2405 at the close of the 23rd Natl-A, Bombay 1986 and with 2405 he went ahead of all his compatriots."
This means that Anand reigned over the Indian number one spot for almost thirty years! From 1986 to 2016!
ChessBase India congratulates Harikrishna for this achievement and at the same time wishes Anand the best in the fifth round at the Candidates 2016. Today he faces Hikaru Nakamura and every Indian including Harikrishna would be hoping for his victory.
Special thanks to www.2700chess.com for maintaining all the informatiom of 2700+ rated players.