Stany has been one of the strongest International Masters in India for quite some time now. But he never really seemed to be taking the next step towards the GM title. But in the past six months he seems to be in a hurry. The 23-year-old from Karnataka has not only gained 60 Elo points but also achieved his maiden grandmaster norm. In this article Stany describes his journey of how he achieved the GM norm and also shares with us a truly beautiful victory against a Lithuanian GM.

"Start was late...hopefully the finish will be fast", this is how G.A. Stany describes his feat of scoring his maiden GM norm at the Lucopen in Lille, France. The 7th Lucopen tournament was held from the 9th to the 15th of April 2016. It was a Swiss event that attracted 124 players. There were seven grandmasters and nine International Masters at the event. Due to the low number of titled players, it was surely not a tournament where you would be expected to score a GM norm. But it has been shown in the past by many players, that what matters is your playing form and not the strength of the field. Stany scored 7.0/9 to finish second in the tournament. 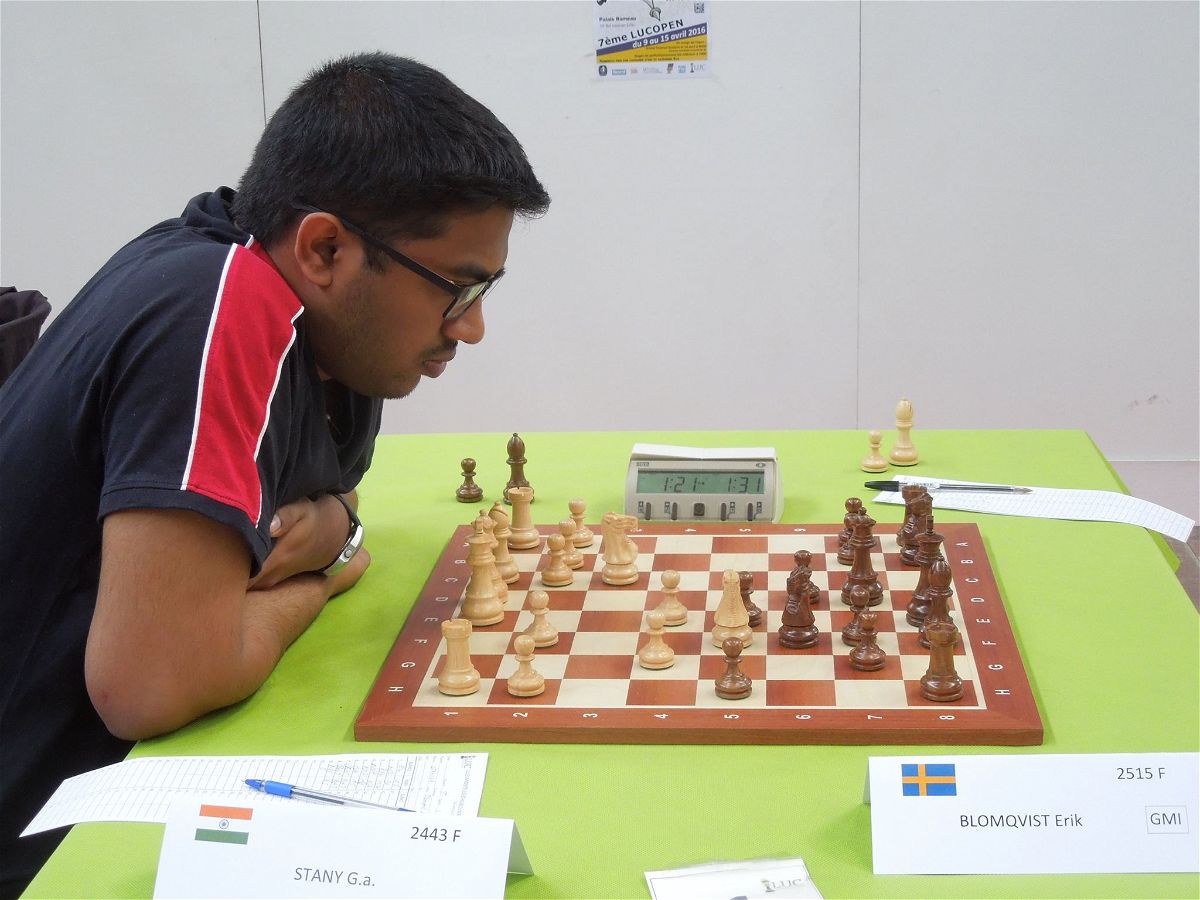 With focus and determination Stany scored his maiden GM norm

"I think the key element that has made a difference in my chess career is my chess coach V.Saravanan. Mainly he motivated me to work hard and develop love for the game." From 2385 in October 2015, Stany now has an Elo of 2443. The 23-year-old from Karnataka has been an IM for quite a few years now. This GM norm would be the perfect breakthrough that he was looking for to make a dash towards the 2500 Elo mark. 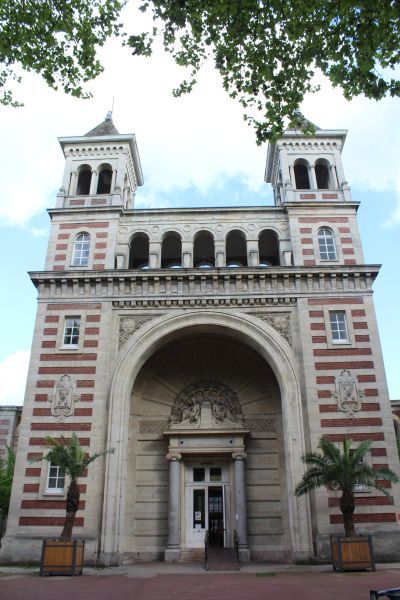 The tournament was held in Palais Ramaeu, a heritage structure in Lille 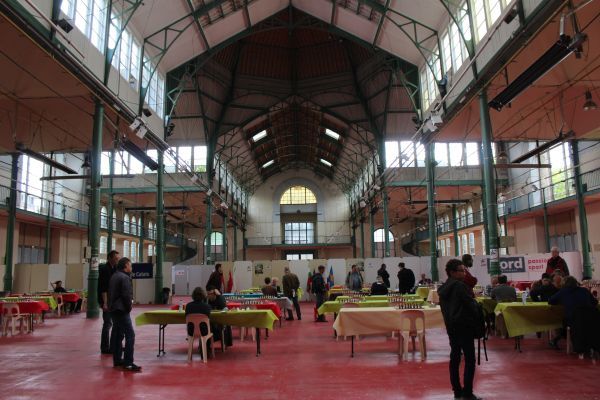 It is quite a majestic feeling to play inside a palace!

Stany made a brilliant start at the event with 4.0/4. He beat his compatriot GM Sundararajan Kidambi in the fourth round. This was followed by a draw against Erik Blomqvist, who finished first, and then two wins. These two wins were the most crucial ones and were scored against IM Ivajlo Enchev and GM Aloyzas Kveinys. With 6.5/7 it seemed liked nothing could go wrong for our guy. But then disaster struck. 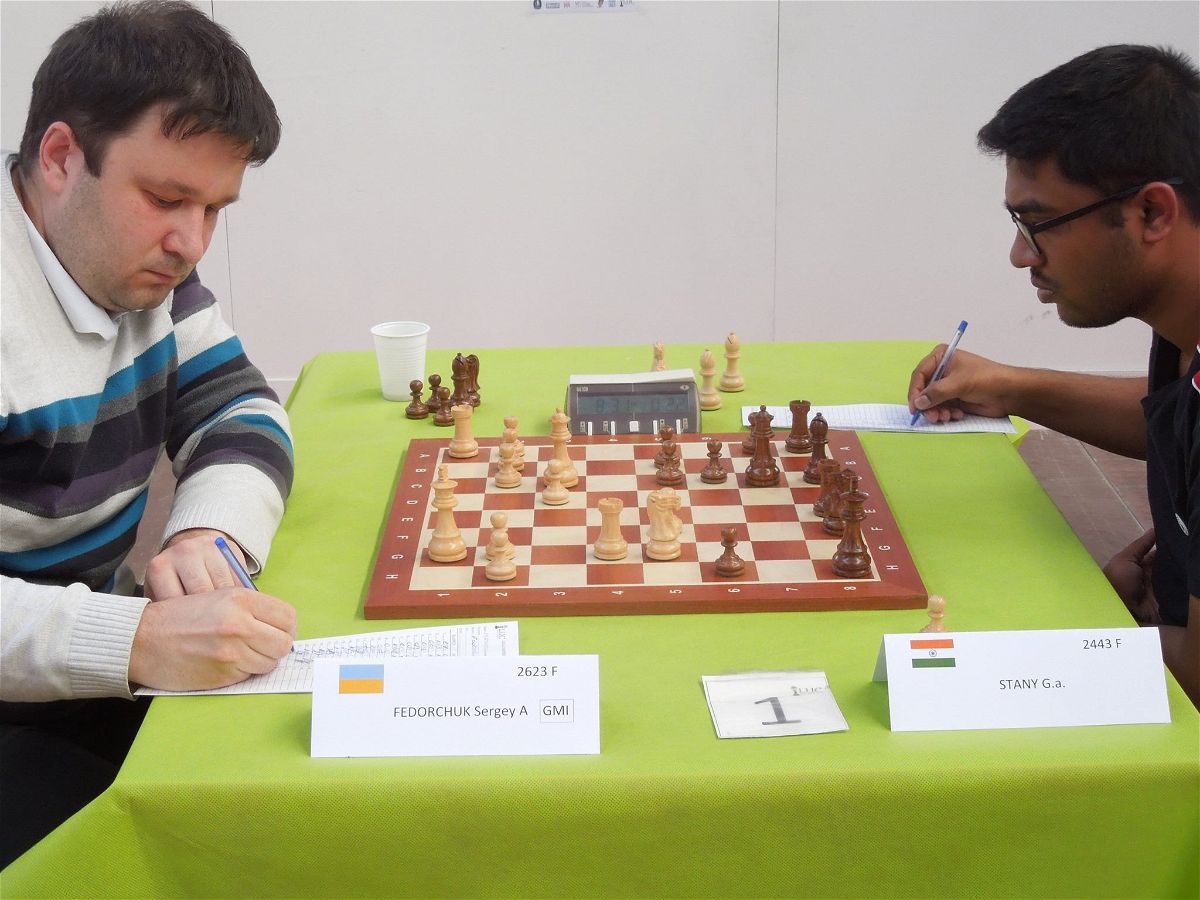 Fedorchuk was Stany's room-mate in the tournament. Was it difficult facing the person with whom he shared the room? "Yeah it was quite tough. During the entire event he was talking to me all the time, teaching me some French words and all. But when we were paired against each other, that day, he was very silent. It was quite weird."

But Stany is happy that he stayed with such an elite grandmaster, "I am glad that I stayed with Sergey. I thought 2600+ players work 24 hours a day and have no fears. But when you stay with these guys you get the inside picture - even they are scared and go through fears of facing lower rated opponents. This gives you more confidence." 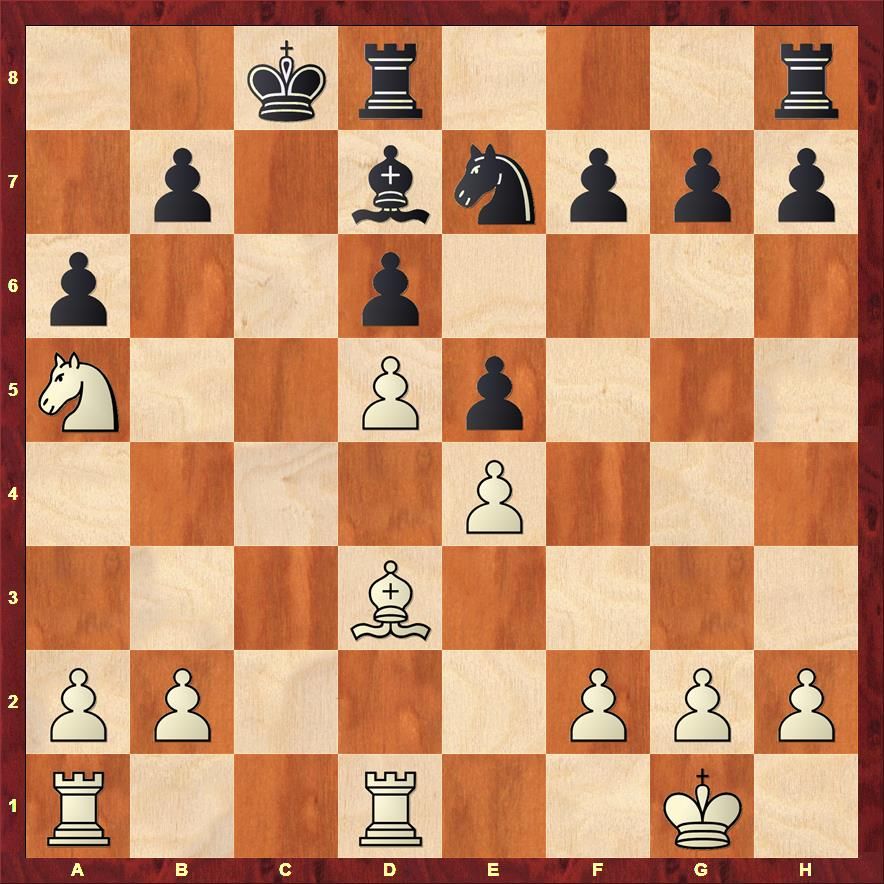 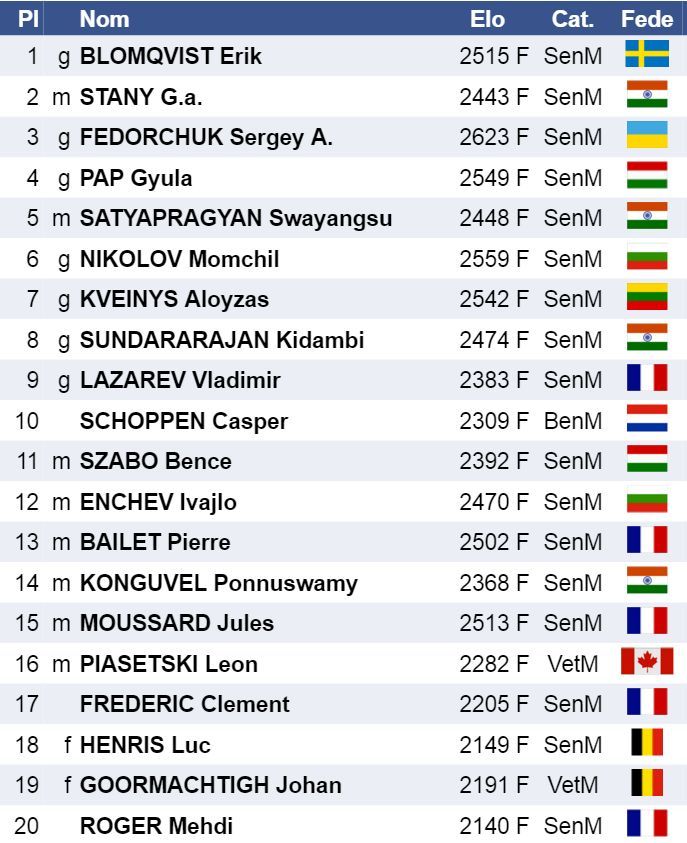 Final standings of all players 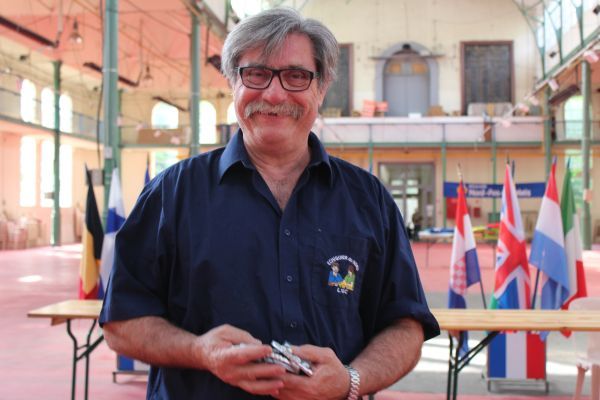 It is always a pleasure to be present at an event where the tournament director is enthusiastic and friendly. Serge Weill makes sure that the Lucopen is held every year in Lille. 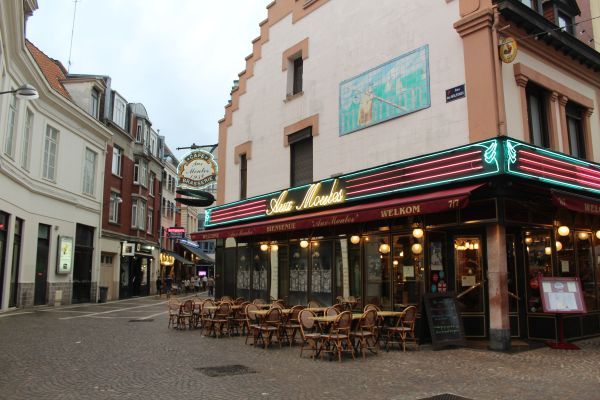 A typical cafe in streets of Lille 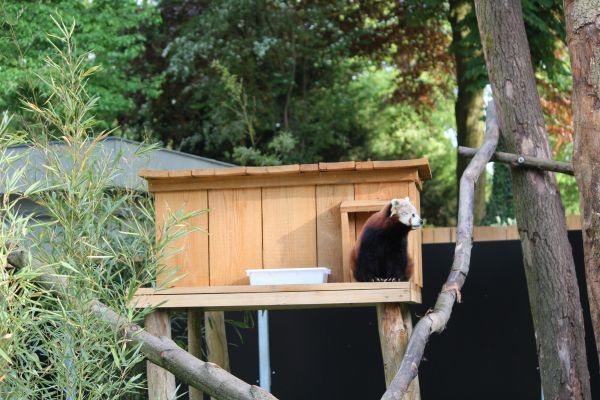 There was also a zoo near the playing venue with exotic species like the Red Panda
The Author of these lines made his second GM norm at the Lucopen in Lille in 2015. Stany repeated that feat in 2016. Which Indian player is going to continue this tradition in 2017?!