A blitz tournament for a few hours, consisting of eight rounds, was held at Malleswaram, Banglore. Two International masters took part. However, it was untitled M. G. Gahan who won the event with 8.0/8. He beat all the top seeds and was the deserving winner of the event. Our correspondent Dipika Vaidya-Joshi was at the venue and sent us pictures which can be found in the report. 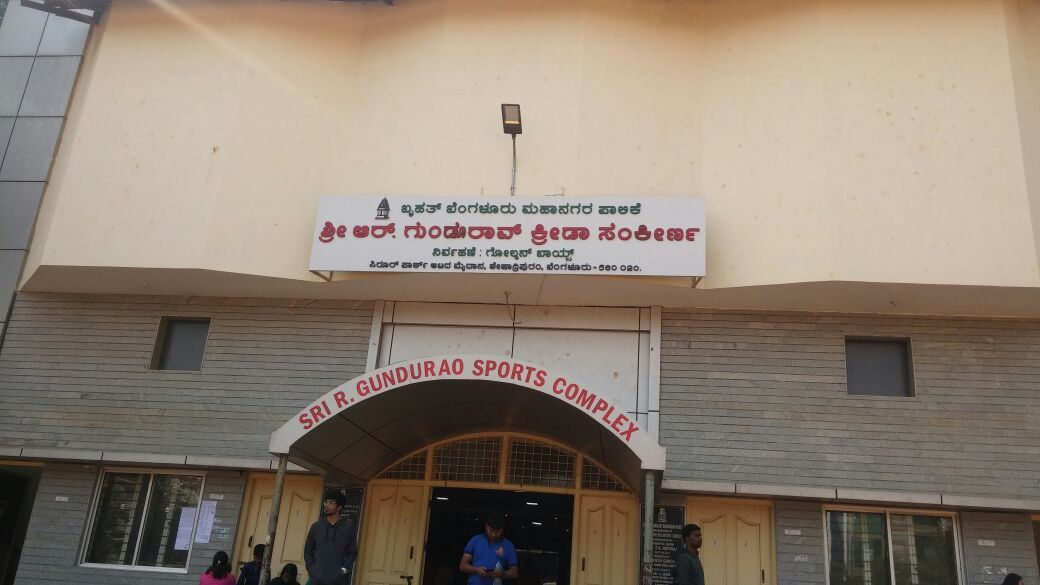 Sri R. Gundurao Sports Complex was the venue of the event 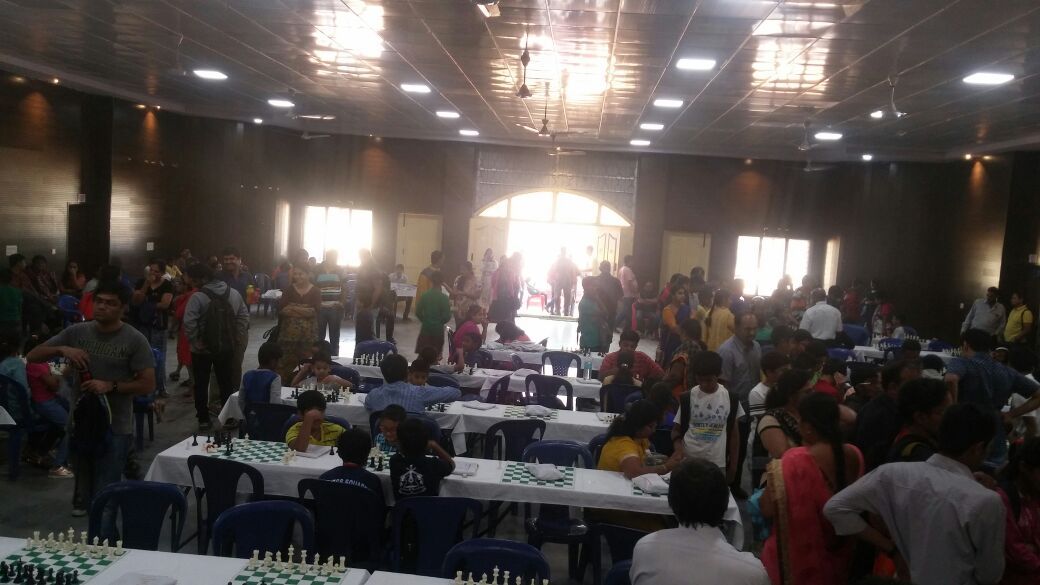 The playing hall filled with participants and accompanying persons 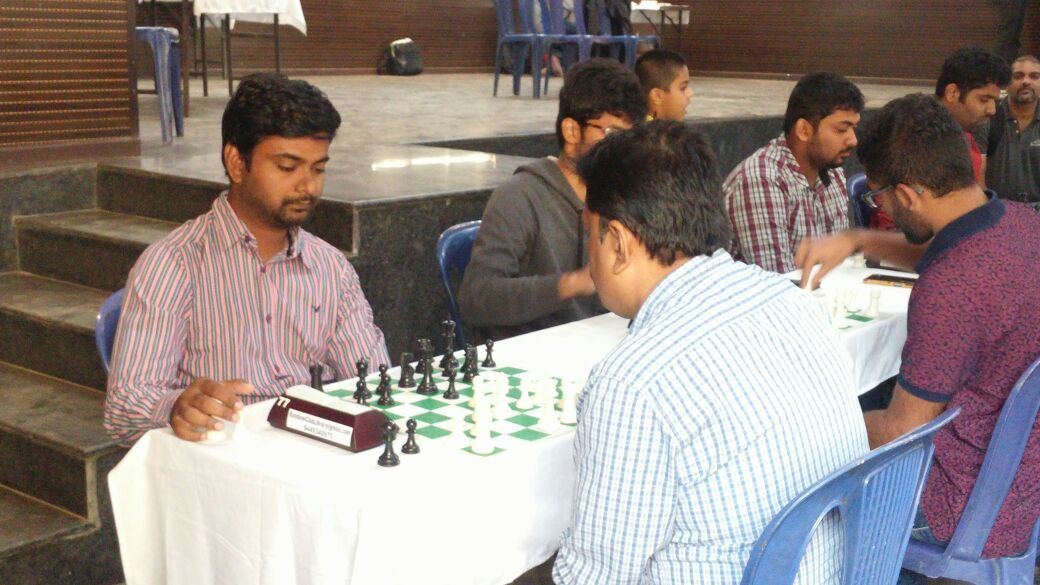 IM Poobesh Anand was the top seed. However, he drew in the first round against Nachiket Adiga (1228). He fought back and in the last round was back on board one. 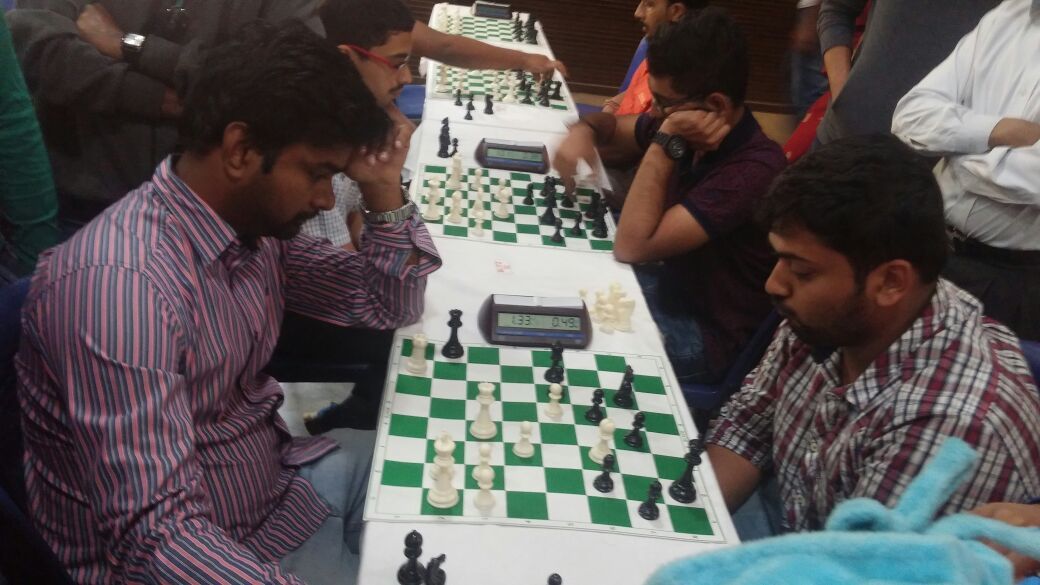 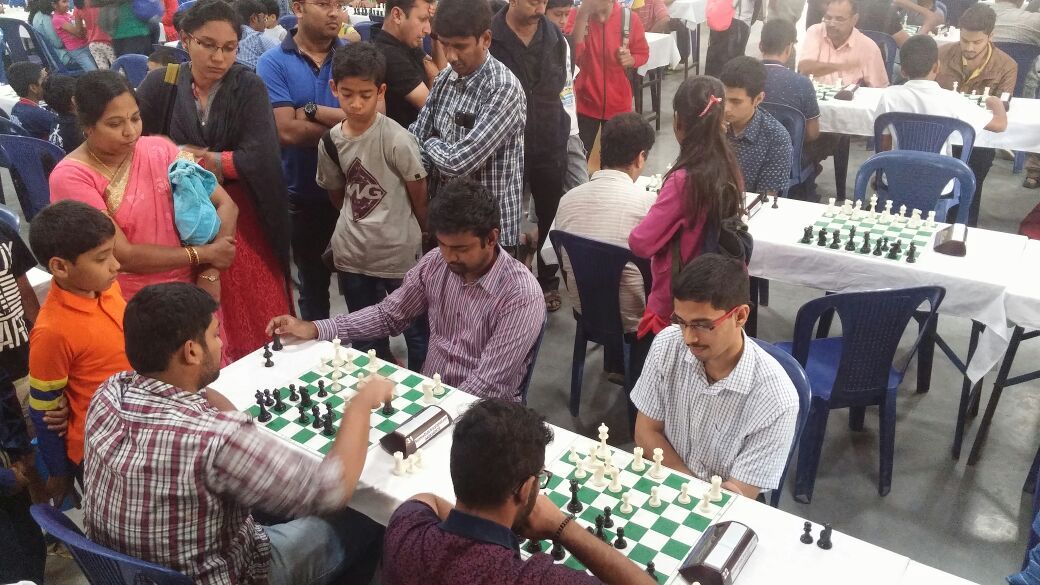 Gahan showed very little mercy and defeated Poobesh Anand to win the tournament with a 100% score. Antonio Viani D'cunha on board two beat D. Yashas to grab the second place with 7.0/8. 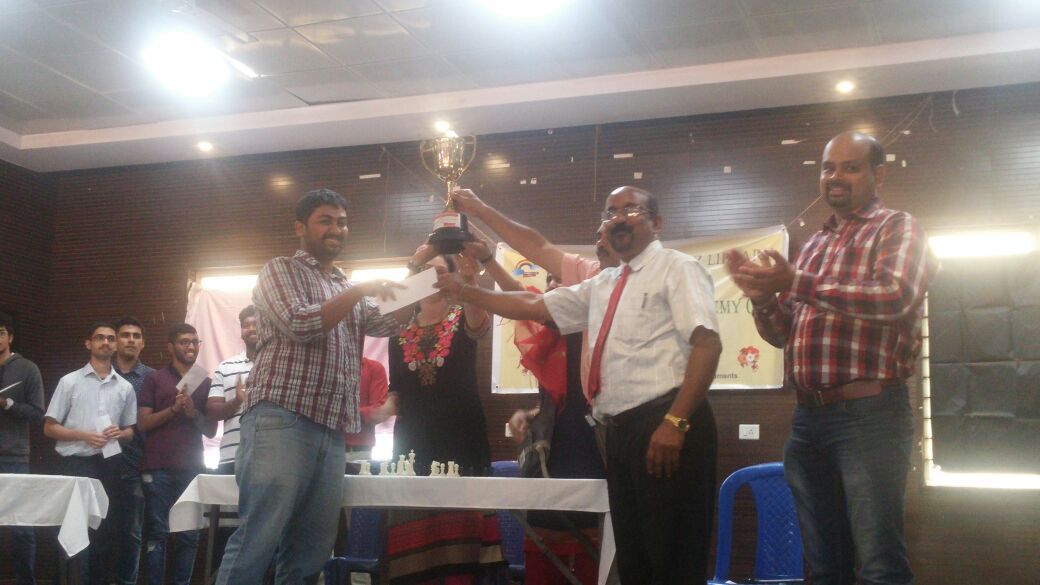 Gahan was rewarded with a trophy and Rs.5,000 for his efforts 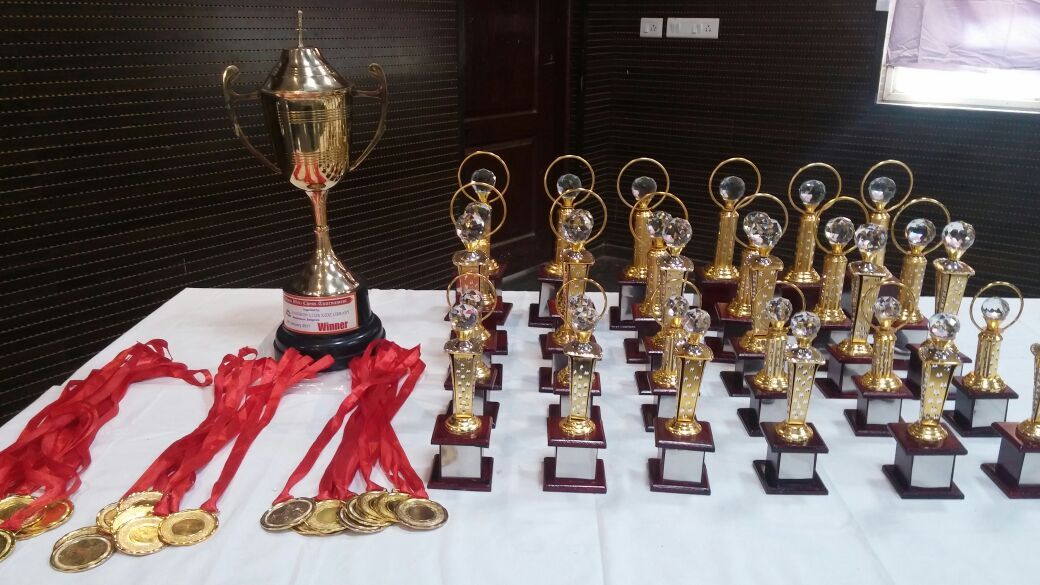 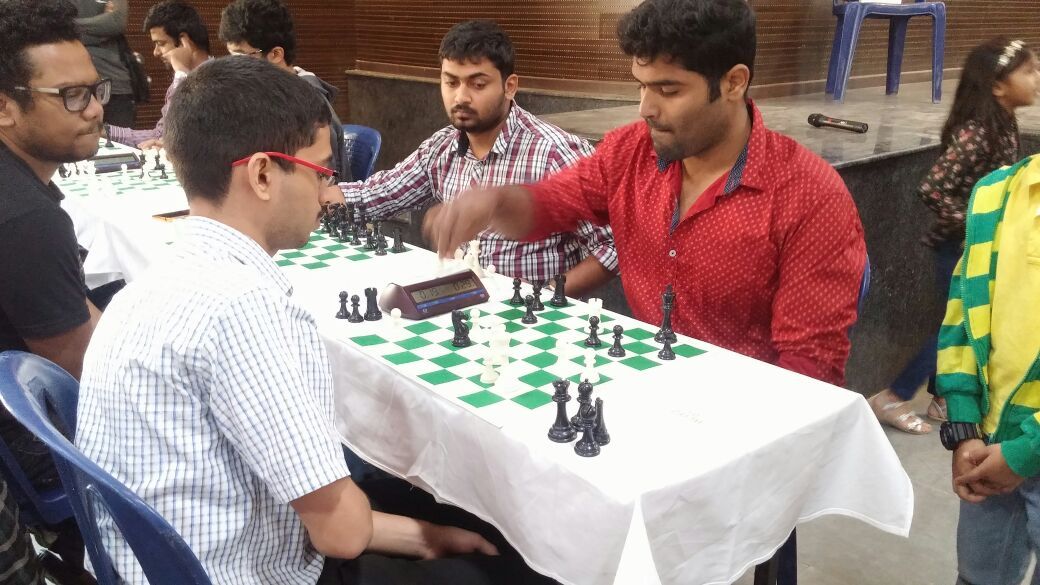 Sameer Ghotane (black) scored 5.5/8 and finished sixth. Although he was not too happy with his chess performance, there was something else that made him mighty pleased: 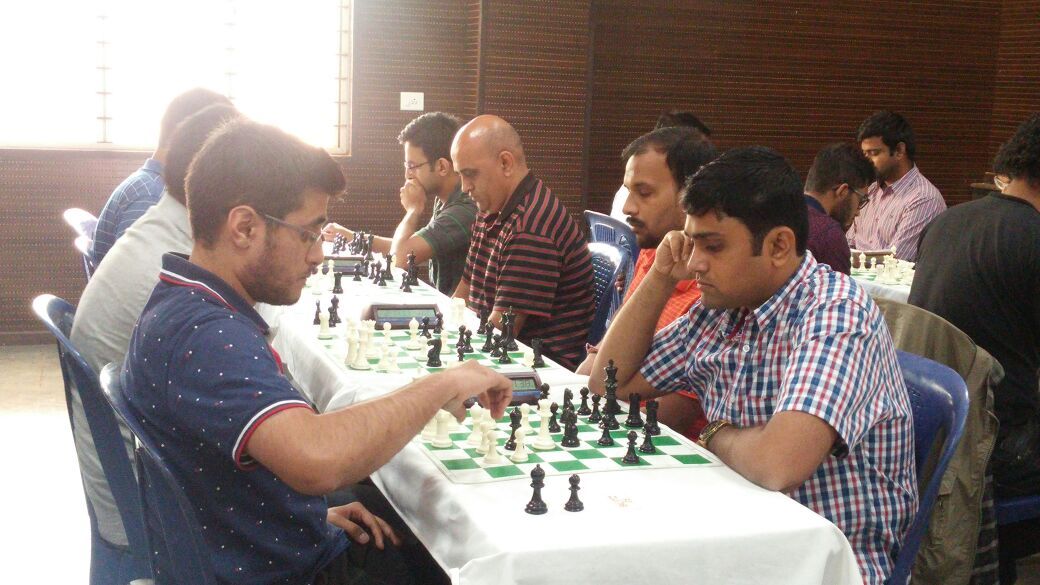 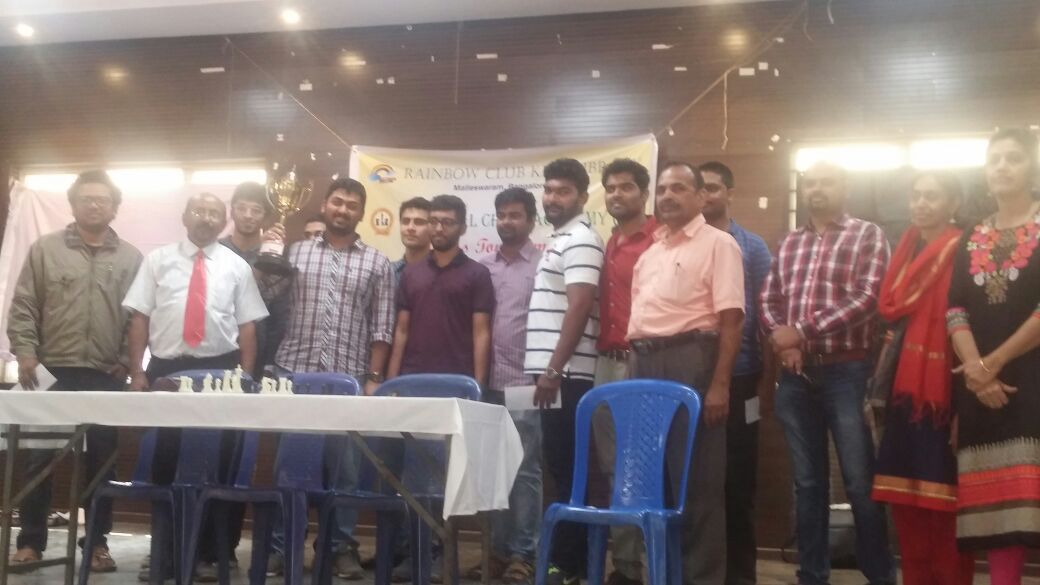 All prize winners in one frame 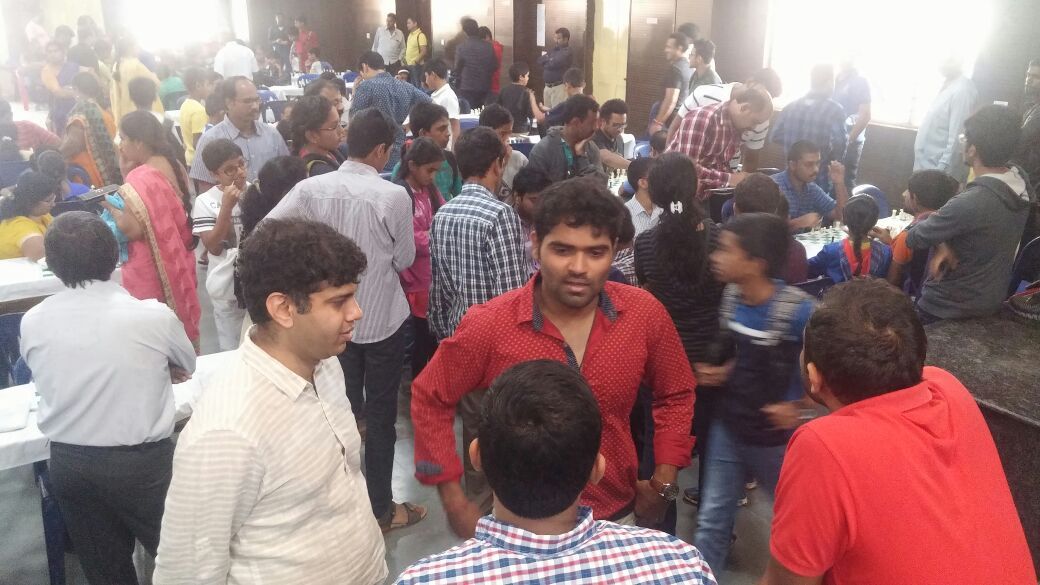 One of the best things about such tournaments is that players get to meet each other and spend some time. Here we see Sameer Ghotane speaking to Nikhil Joshi and Vaibhav Saxena. 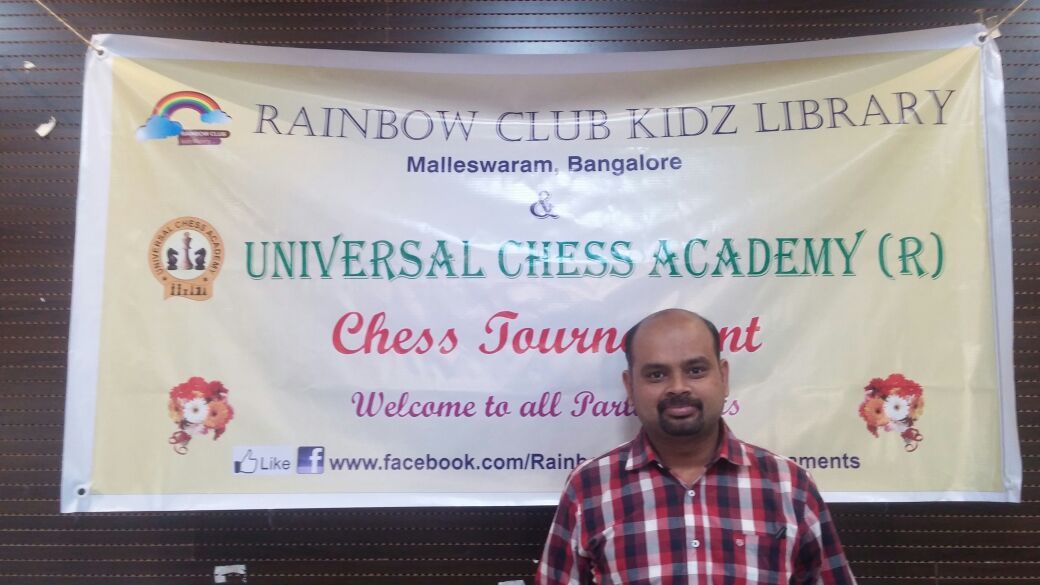 Congratulations to Sripad K.V. for successfully organizing the entire event 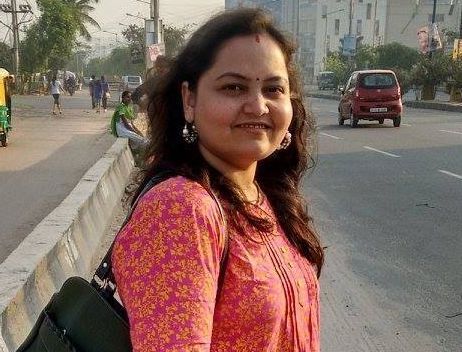 Dipika Vaidya-Joshi is a chess player's wife! Her husband Nikhil Joshi is passionate about the game, and she travels along with him to tournaments. Rather than just waiting for the event to end Dipika immersed herself in the environment and sent us this report. She is an excellent singer and likes to indulge in things which are artistic and creative.