When a nine-year old beat Aamir Khan at chess

Bollywood superstar Aamir Khan is a great chess aficionado, and we all know it very well. But did you know that Aamir loves to play with the black pieces and has a liking towards learning opening variations and traps in chess? WIM Dhyani Dave is one of the very few people who has played chess with Aamir on multiple occasions. She tells us about those meets, qualities of Aamir Khan, the movie Dangal and last but not the least why Aamir is the perfect actor to make a biopic on the life of the five-time World Chess Champion Vishy Anand.

Aamir Khan's blockbuster movie Dangal was released on 23rd of December 2016. The movie is based on the real-life incidents of Geeta Phogat, an Indian woman wrestler, who made the country proud by winning the Commonwealth Gold medal 2010. The movie became so popular that it grossed Rs. 146 crores in the first two days after its release. 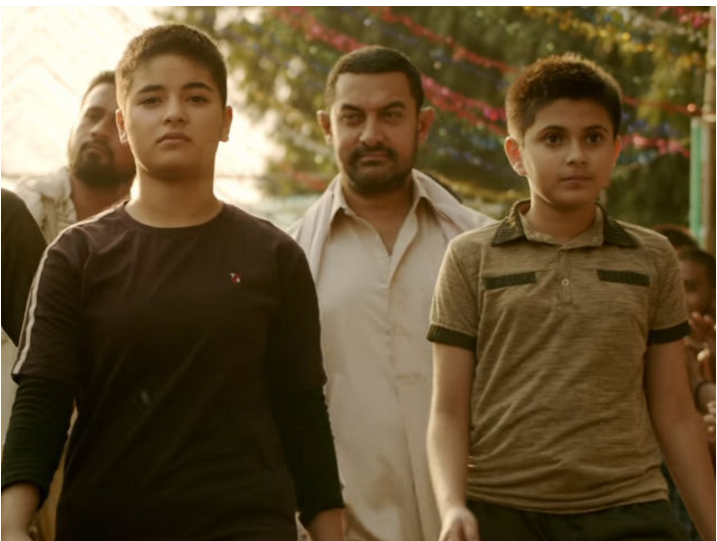 Aamir Khan plays the role of Mahavir Singh Phogat, the father of Geeta and Babita, who motivated and inspired his daughters to take up wrestling as a career

Aamir is a sports lover and has a special place in his heart for the game of chess. But very few people can boast about the fact of having played a game against the Bollywood superstar. But WIM Dhyani Dave is special! She has played nearly five games with Aamir, and the first one was 16 years ago! 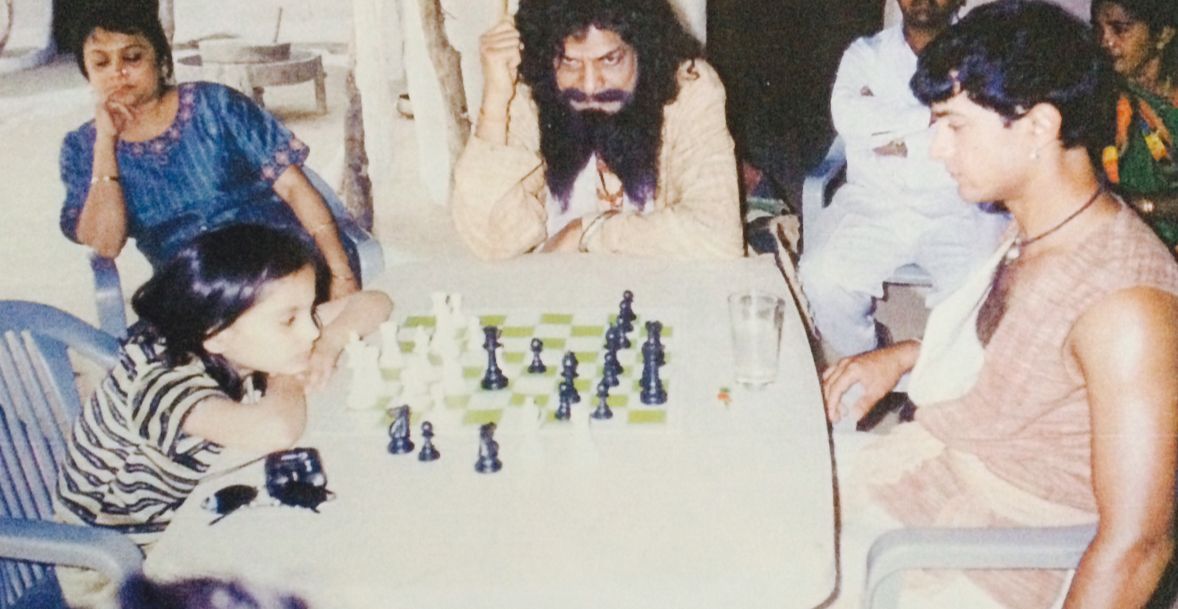 Nine-year-old Dhyani challenges Aamir Khan to a duel in 2001 on the sets of Lagaan!

Says Dhyani, "I was nine years old back then and already an Asian silver medalist. My dad was posted in Kutch, Gujarat, and the shoot of Lagaan was going on. The art director being a friend of my father, invited us over. My dad knew that Aamir loves chess, so he carried a chess board along. I remember when we reached there, Aamir was having his lunch and my father requested him for a game with me afterward. Amir said, “Nahi nahi, abhi khel lete hai (No,No, let's play now!),” expecting me to be just another kid.

"But to his surprise, I defeated him in 20 moves! I don't remember that game actually. But the next one we played I remember went 1.e4-e5 2.Nf3-Nc6 3.Bb5-Nd4 4.Nd4-ed4 5.0-0. That's all that I can recollect. But I do vividly remember that Aamir has this love for always playing with the black pieces! When I beat him in the first game, he just couldn't believe it and asked me for a few more games in between his shots. He would make a move, enact a scene, come back and play again. We spent six hours playing together. Three games were played and the score was 3-0!", says Dhyani. 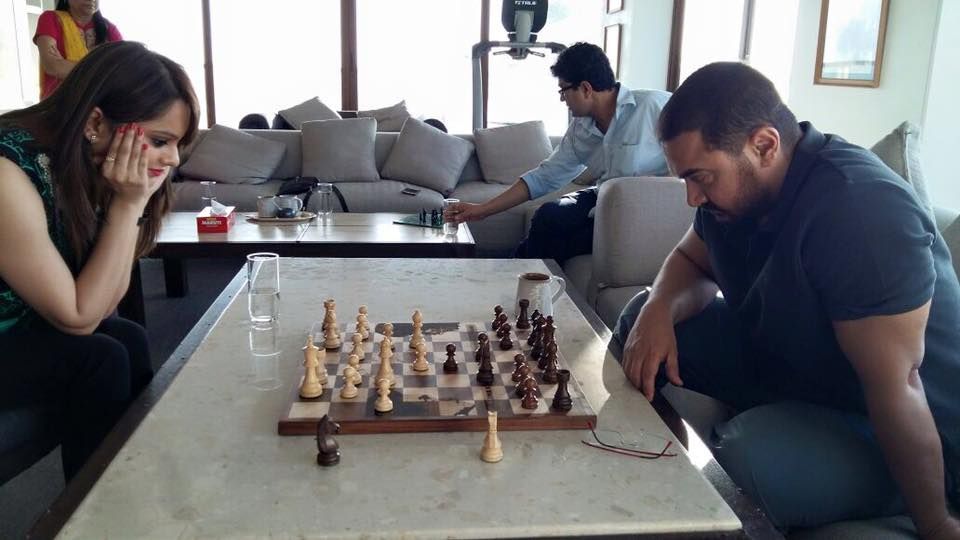 Dhyani and Aamir met each other once again a year ago! Note: As always Aamir has the black pieces.

It is said that when you play a game of chess, you get to know a lot of things about your opponent in a few minutes, which otherwise would have been impossible to gauge even after hours. When asked about Aamir's best qualities, Dhyani replies, "Usually when you meet a superstar, they make you feel that you are a commoner and that they are a celebrity. Aamir made me feel at ease right from the word go. I couldn't, even for one second, say that he had even a bit of pride or arrogance within him. So down to earth! He respects my parents a lot as he feels I am what I am because of them. Even I believe that." 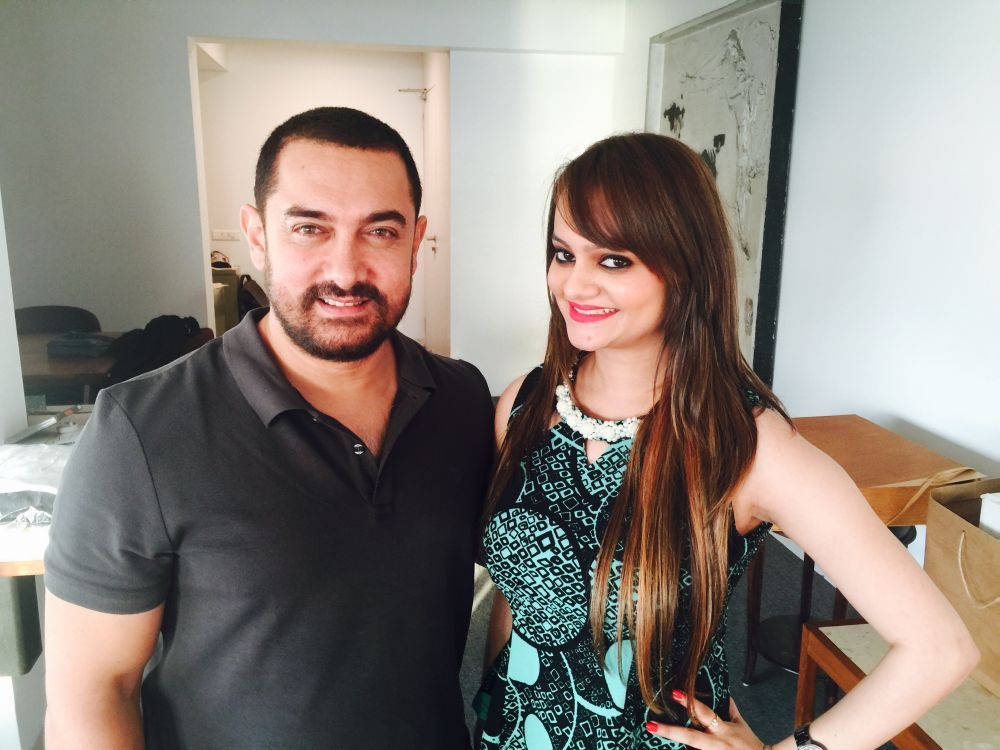 "With regards to chess, Aamir is very much interested in openings. I remember he prepared an opening trap and showed it to me. No wonder he is called a perfectionist!"

So, what's the Gujarat Women International Master's take on the movie Dangal? "The movie is just so inspiring. And being a sportsman I could relate to the story. I was in tears after the movie. There were so many emotions. The best part about the film was Aamir's dedication towards his children. His girls found 100 ways of not pursuing the sport but he found 101 reasons for them to pursue. The message that I really loved was: Girls are not only meant for marriage! I would want every parent to watch this film and take some inspiration and change their mindset about sports. Five stars from me!"

The song which shows how Aamir trained her daughters with great conviction and belief
Dhyani has a suggestion for Aamir: "Vishy Anand is our chess hero and a five-time World Champion! Definitely, a film should be made on his life. And the actor playing it should be well versed in chess. Who else other than Aamir! He is perfectly suited for the role. And their friendship will help them make an amazing movie!" 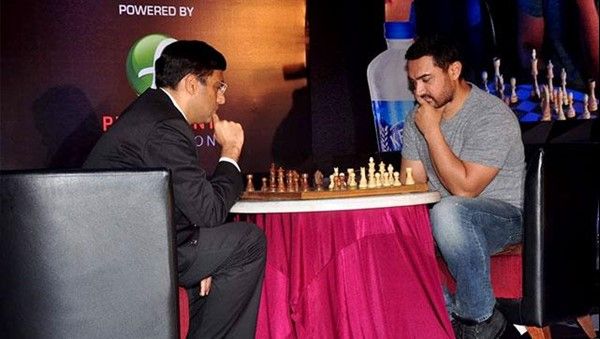 Aamir Khan for a change on the white side, playing the Ruy Lopez against Vishy at the inauguration of Maharashtra Chess League 2015. Come on Aamir, the chess world is waiting for you to play the role of Vishy Anand! 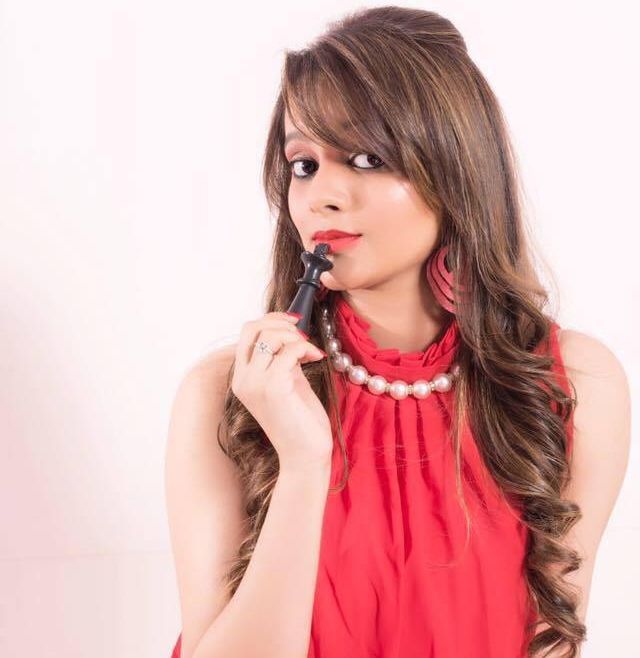 Dhyani Dave is a Women International Master from Ahmedabad, Gujarat. She works as the Deputy Manager at the Ahmedabad District Co-operative Bank and owner of Dhyan Institute. You can know more about her by following her on Facebook.