The Commonwealth Championships 2017 began with a bang! GM Ziaur Rahman was tactically outwitted by national junior champion Kumar Gaurav. IM Thejkumar, GM Sahaj Grover, GM Pravin Thipsay and many other top players were held to draws by their lower rated opponents. In this article we give you an overview of the first round, tell you about the stiff competition in women's section (a small contest in there!) and introducing you to a new chess broadcasting technology. Pictures from Delhi by Jitendra Choudhary.

This year the Commonwealth Championship promises to be a very interesting battle for the top spot. While Abhijeet Gupta, who has won this title three times already, is a clear favourite, he should receive a tough fight from India's rising super star Aravindh Chithambaram. Third seed is Vaibhav Suri, who won the 2nd ChessBase India prize money online blitz tournament, ahead of 15 other GMs. But classical chess is a completely different ball game and the fact that he is playing after such a long time might make him susceptible to some rustiness. Fourth seeded Ziaur Rahman's chances of becoming the Commonwealth Champion received a serious jolt when he lost to India's National Junior Champion Kumar Gaurav. 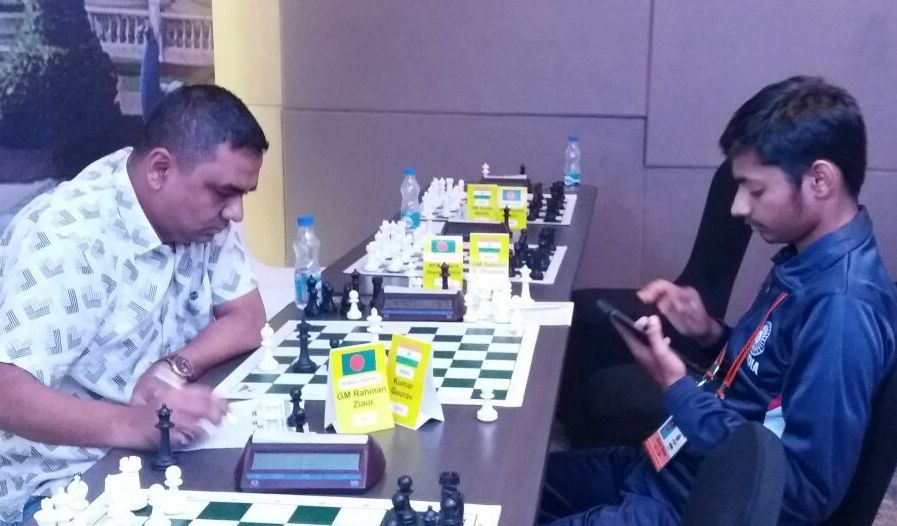 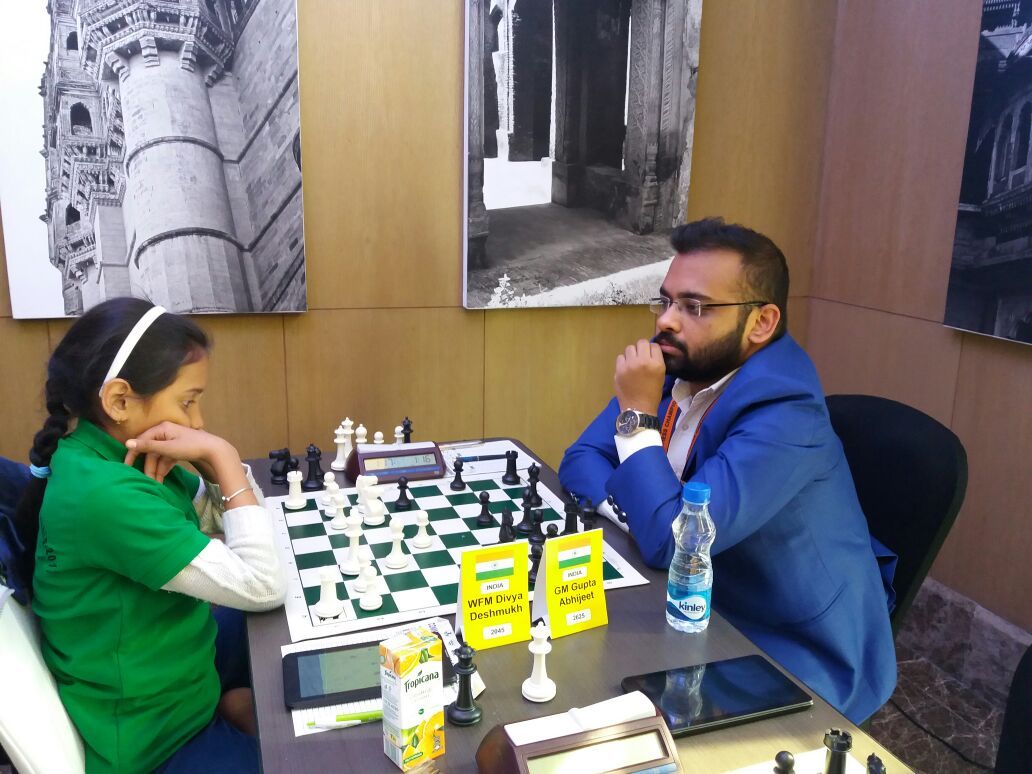 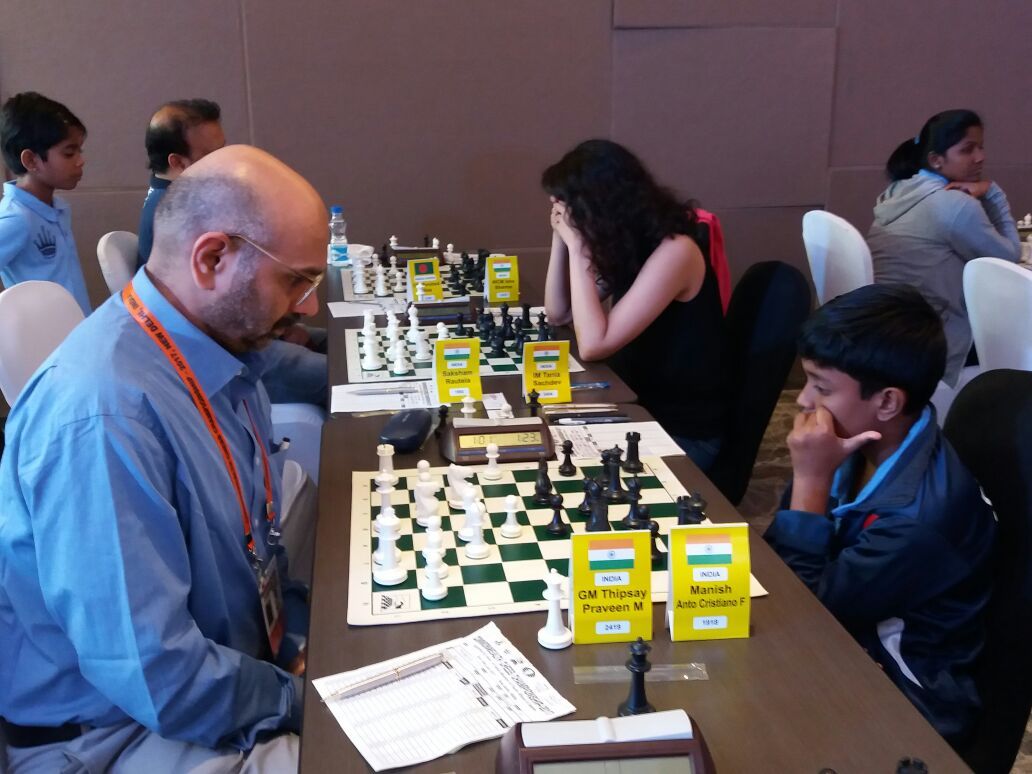 Battle of generations! India's third grandmaster Pravin Thipsay is back on the chess board after quite some time. He drew his first round game against Manish Cristiano Anto 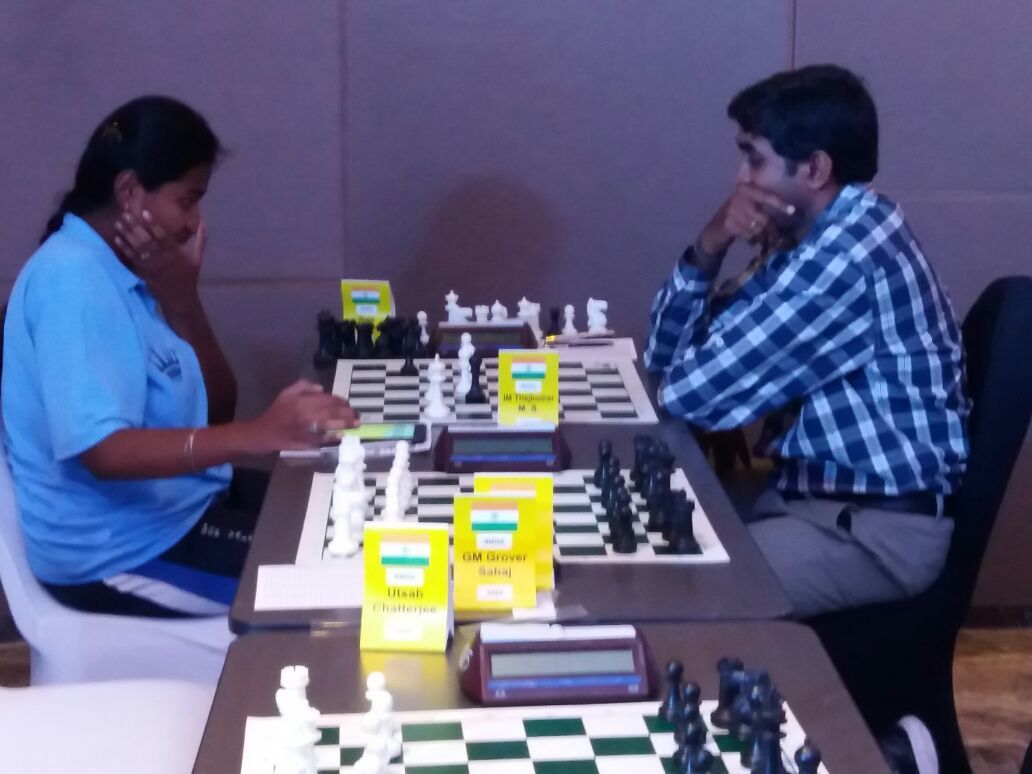 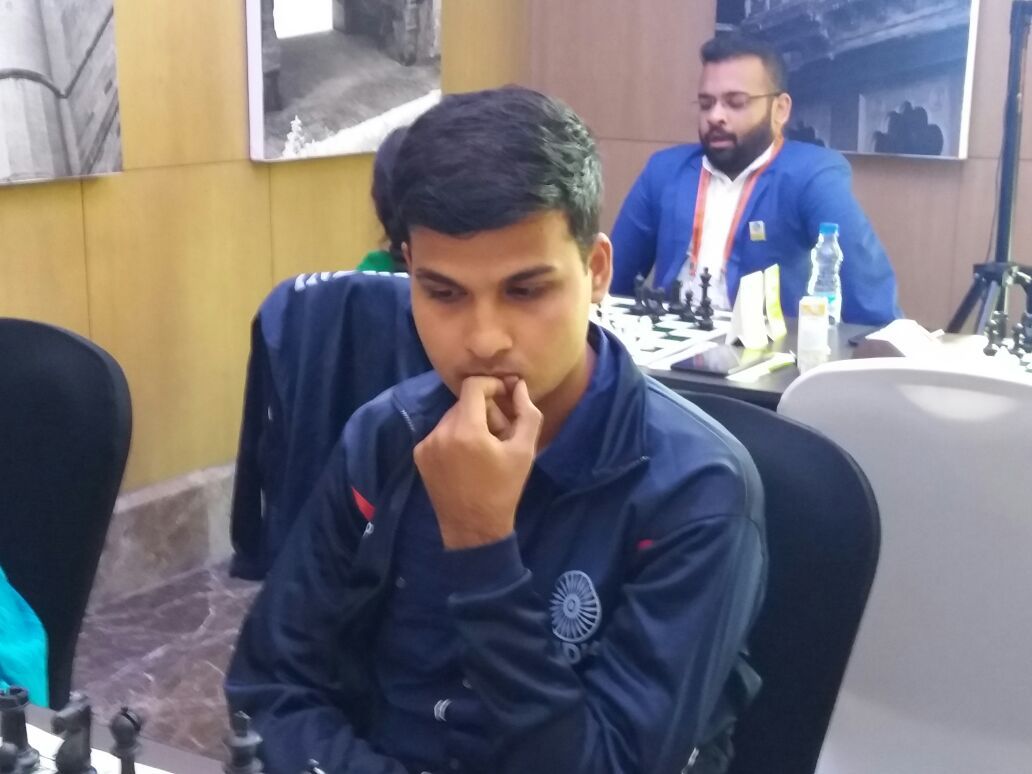 Also playing after a long gap is GM Ankit Rajpara 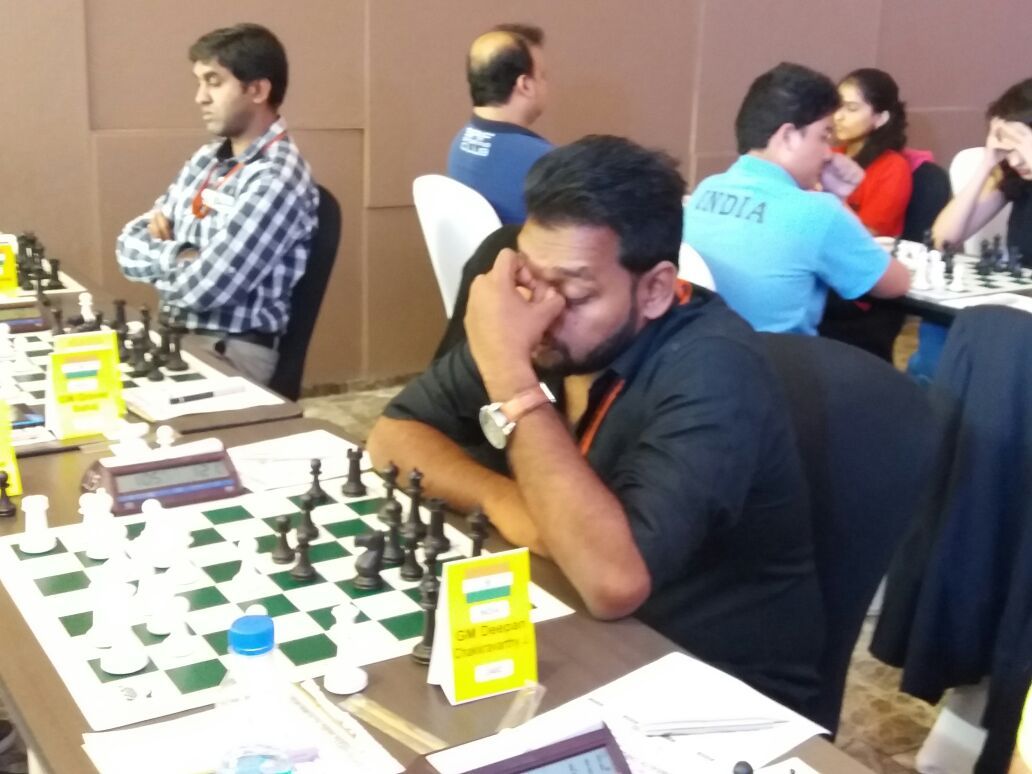 Always a guy to watch out for GM Deepan Chakravarthy. Did you see the attacking style in which he finished a 2600+ GM. Check this article and scroll to the end of it. 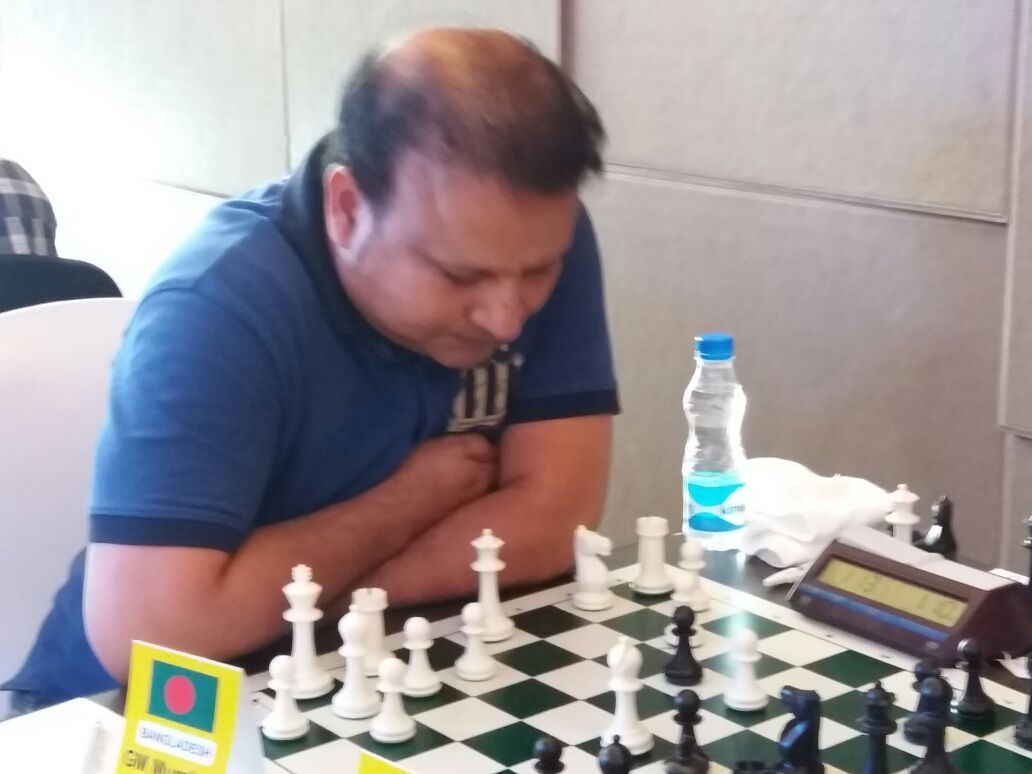 Bangladeshi GM Niaz Murshed would be looking for a strong performance at the tournament. Did you know the ChessBase India shop and its discounted prices is open for players of seven other countries including Bangladesh. The new Paypal method can help you get quality ChessBase products at nearly 60% discount. 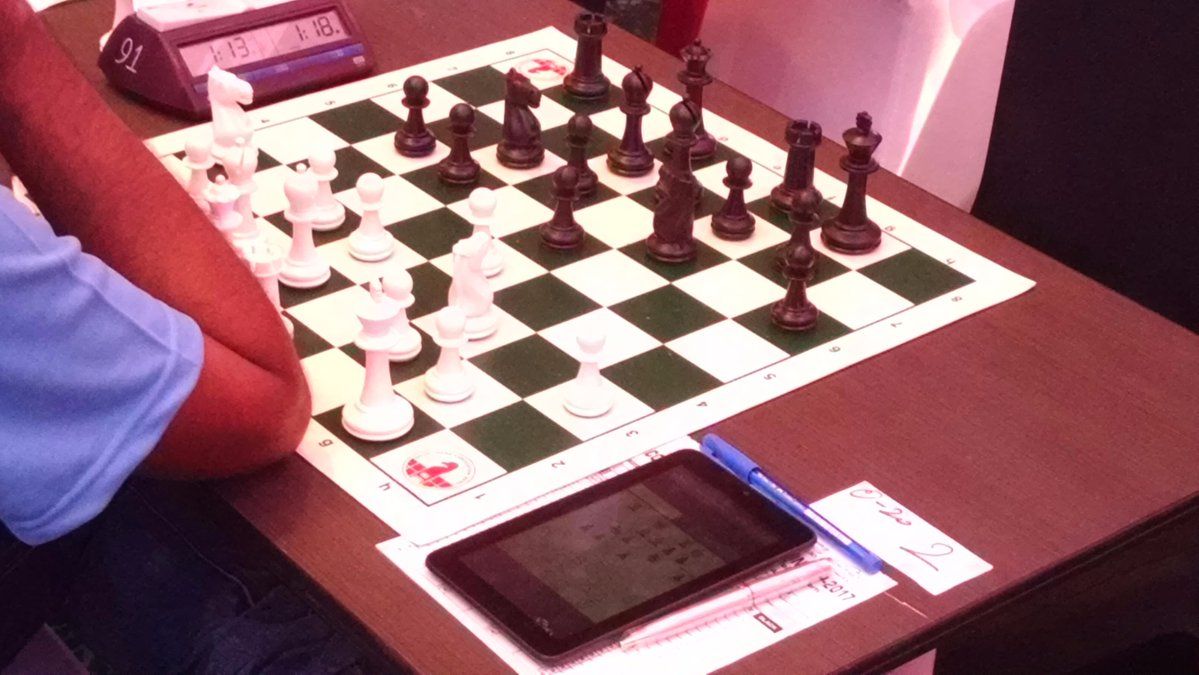 See the tablets next to the board? That's ChessKast devices for you. The idea is that one of the players has to maintain the moves on the tablet instead of the scoresheet. The moment the moves are made on the tablet they are broadcast all around the world. In the case of the Commonwealth Championships 2017, there is a delay of 30 minutes.

The idea of broadcasting games via ChessKast has been developed by Asim Pereira. He was encouraged by AICF Secretary to use the new technology at the Commonwealth Championships. Knowing Asim's high quality of work (we hope that you have all downloaded Follow Chess App) we are sure that using tablets as a means of broadcasting will become a common occurence in tournaments all over India.

A quick chat with Asim, where he explains how the ChessKast technology works and his vision
A demo of a slightly older version of ChessKast

There is no separate section for the women players. They are all playing in the open. But there is the title of the Commonwealth women's champion on stake. And the race for it is going to be very intense as a lot of top women players are participating. 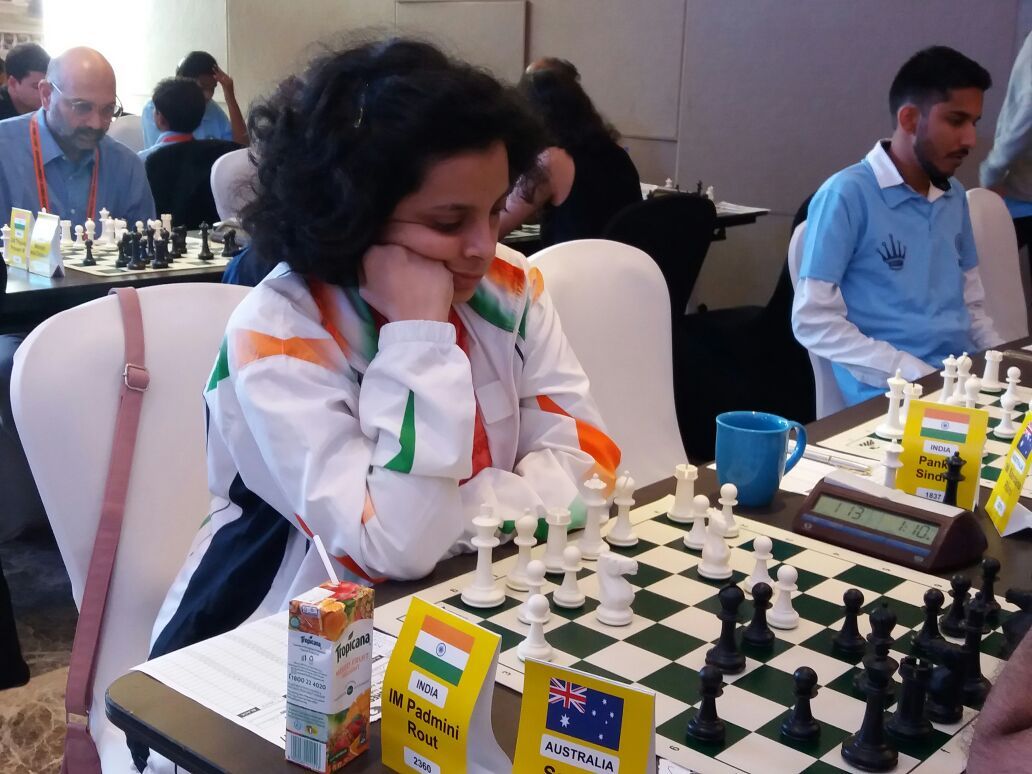 Riding on her positive performance at the World Teams, Padmini Rout is surely a favourite 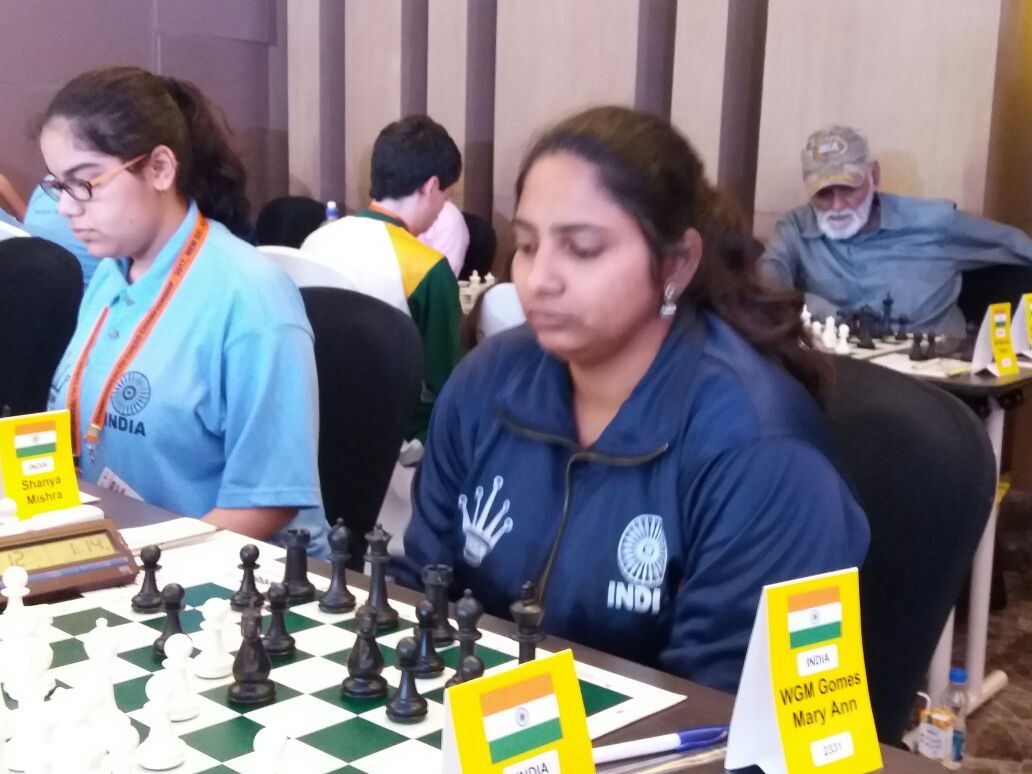 Mary Ann Gomes from Kolkata is a great fighter 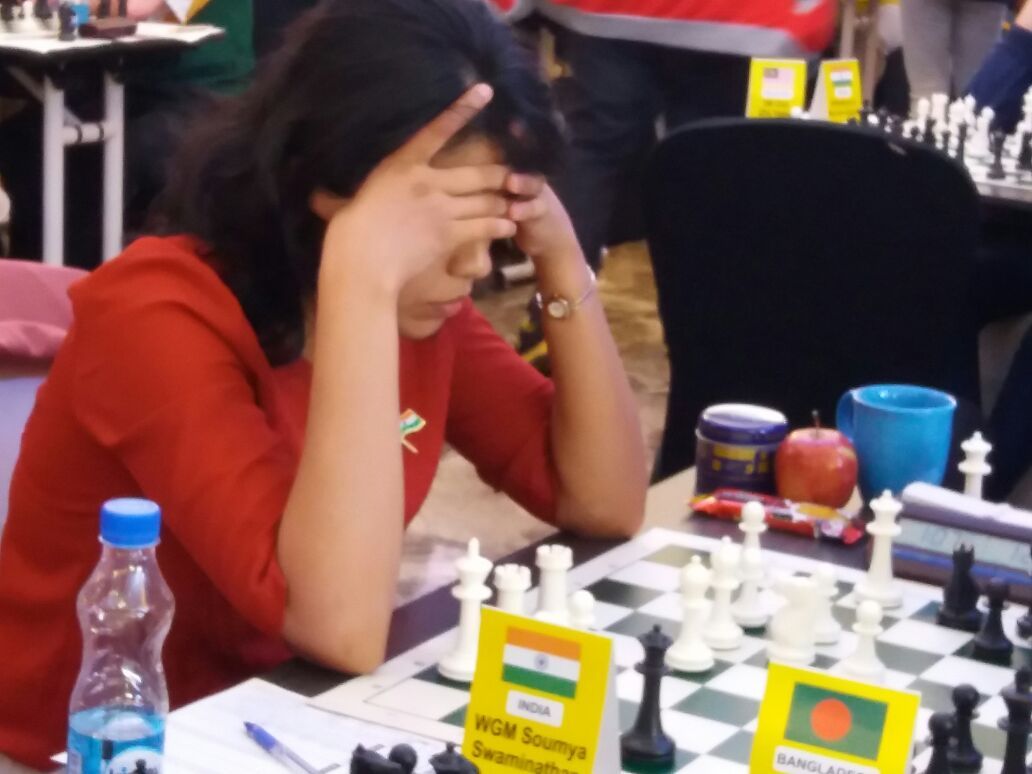 Former World Junior Champion Soumya Swaminathan might want to add another feather to her hat here! 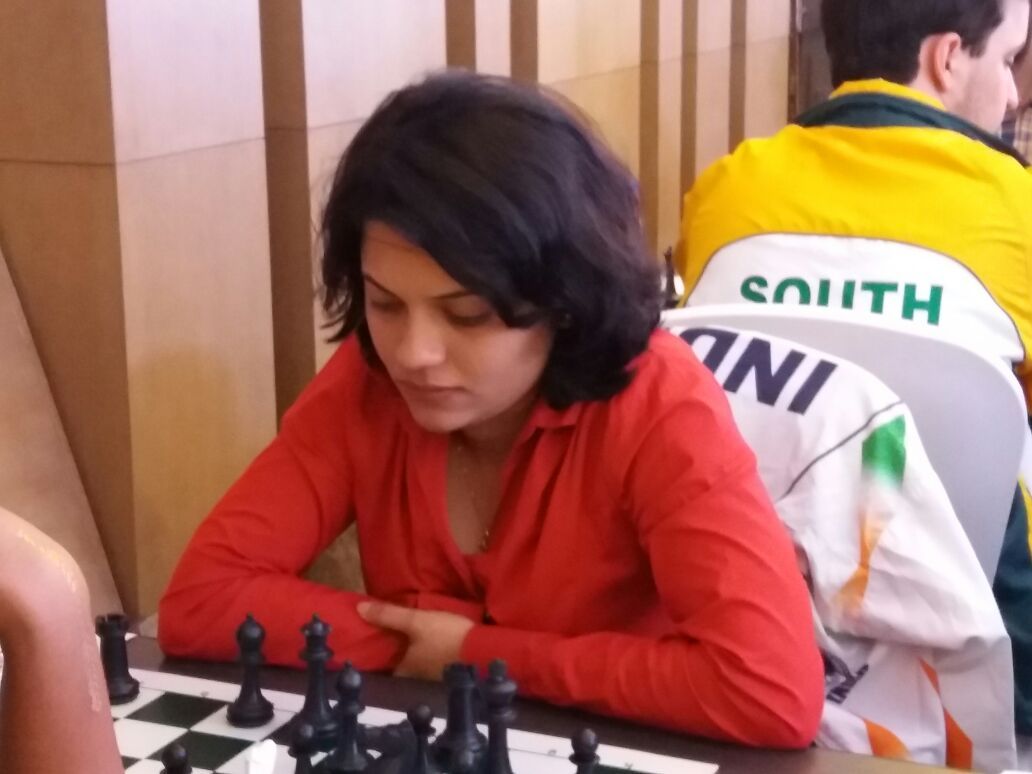 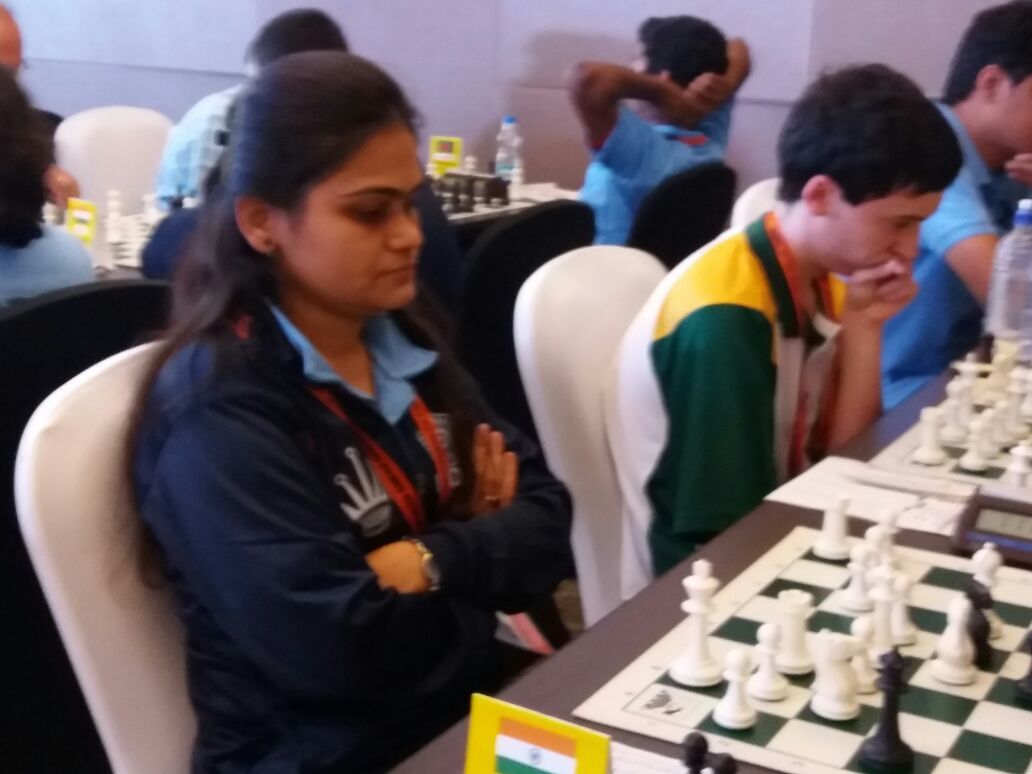 West Bengal's first WGM Nisha Mohota is now an IM. She will be looking forward to showing her class! 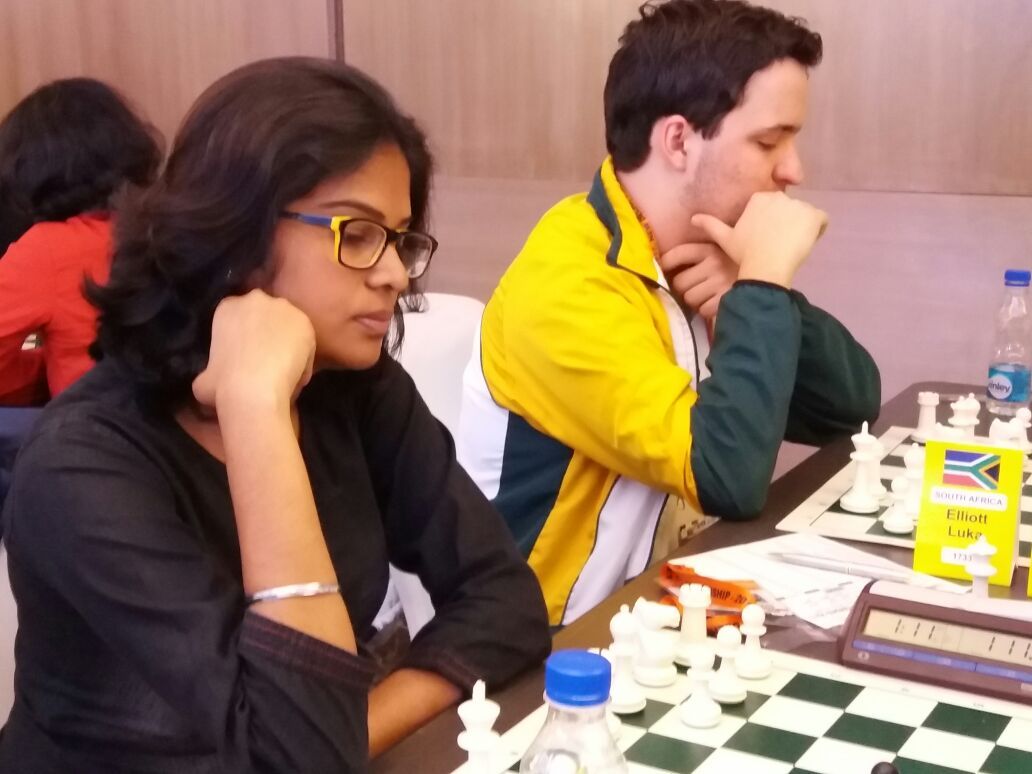 Not to be forgotten Nandhidhaa P.V. of Tamil Nadu
Who will be the women's Commonwealth Champion?
As you can see, the women's tournament is quite intense. Who will become the Champion? Do let us know in the comments section below. People who have given the right answer will win 3 months ChessBase Premium Account. Mind you, 4th of July is the last date to submit your answers. Any answers received after that won't be counted for the contest. 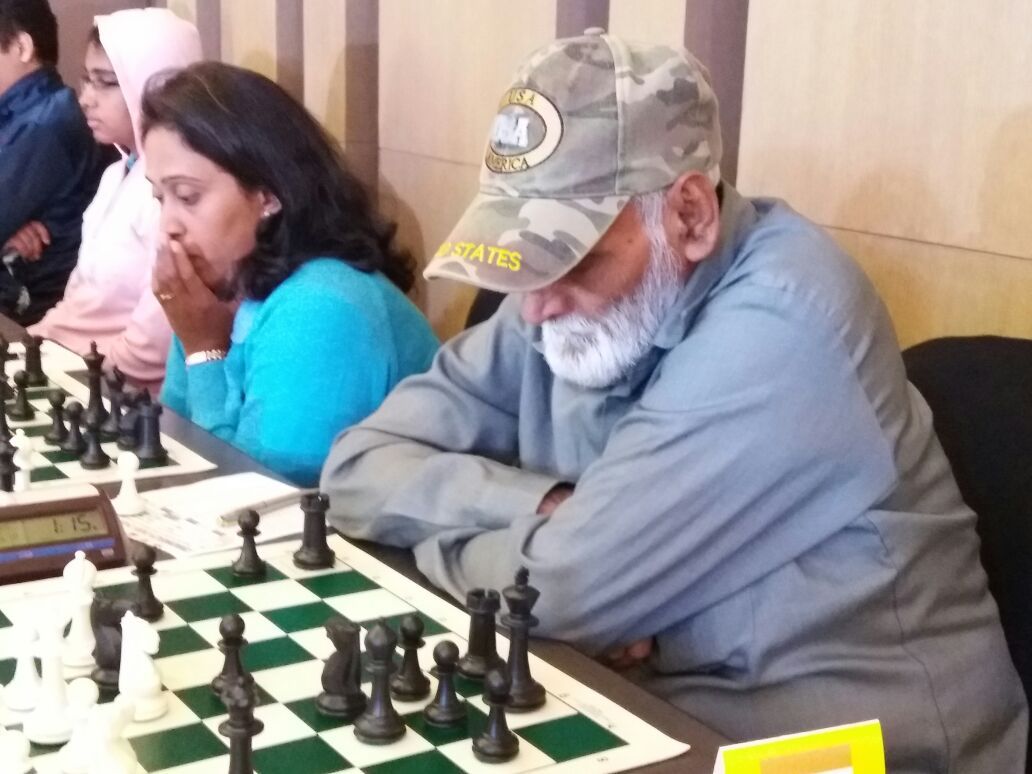 Wazeer Ahmed Khan, Asian Senior Champion in action. And look right next to him is Swati Ghate, you might want to consider her for the Commonwealth title candidate!

Pairings of round two

This is the first time that different sections have been created for age groups at the Commonwealth. What usually would happen is that all the players would play in one open section and then the u-8, u-10, u-12 etc. champions would be selected based on the highest points scored. This time we have separate events. There are 14 categories in all. Seven age categories for both open and girls section right from under-8 to under-20. The age group events take place in the morning, and hence many players can play in the open section in the afternoon! 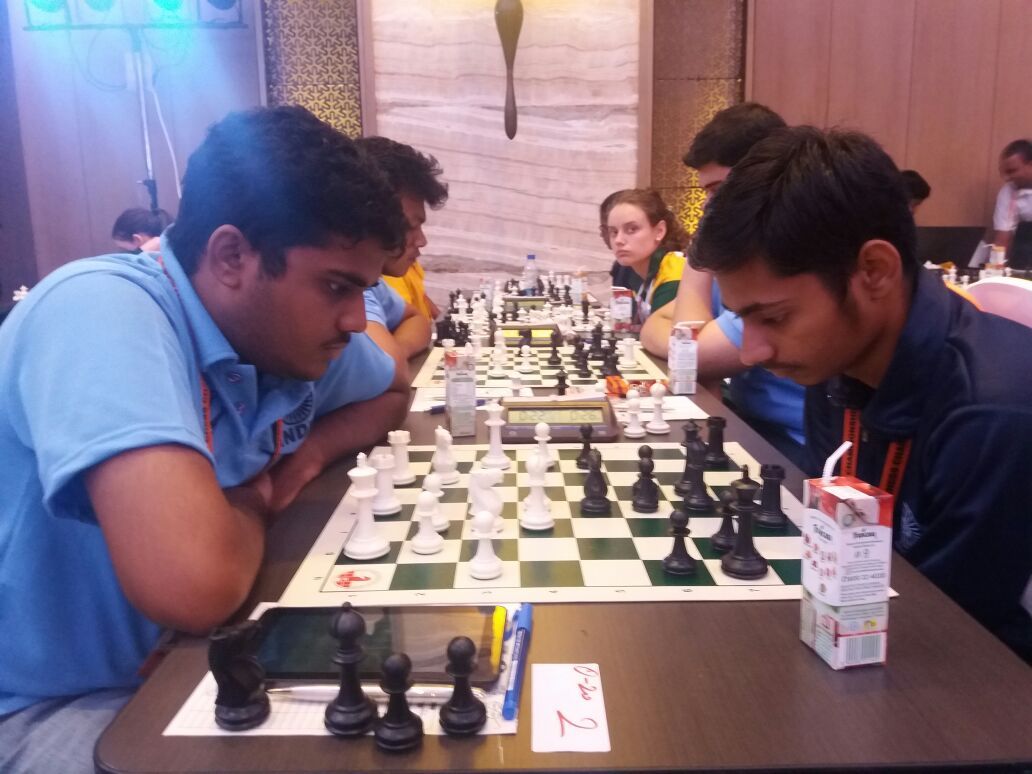 Tropicana keeps Kumar Gaurav going! In the morning he lost his game to Sidhant Mohapatra. The boy from Bihar came back in the evening and, as mentioned at the start of the article, beat Ziaur Rahman.
Sidhant is the second seed in the u-20 section. The top seed is GM Shardul Gagare. 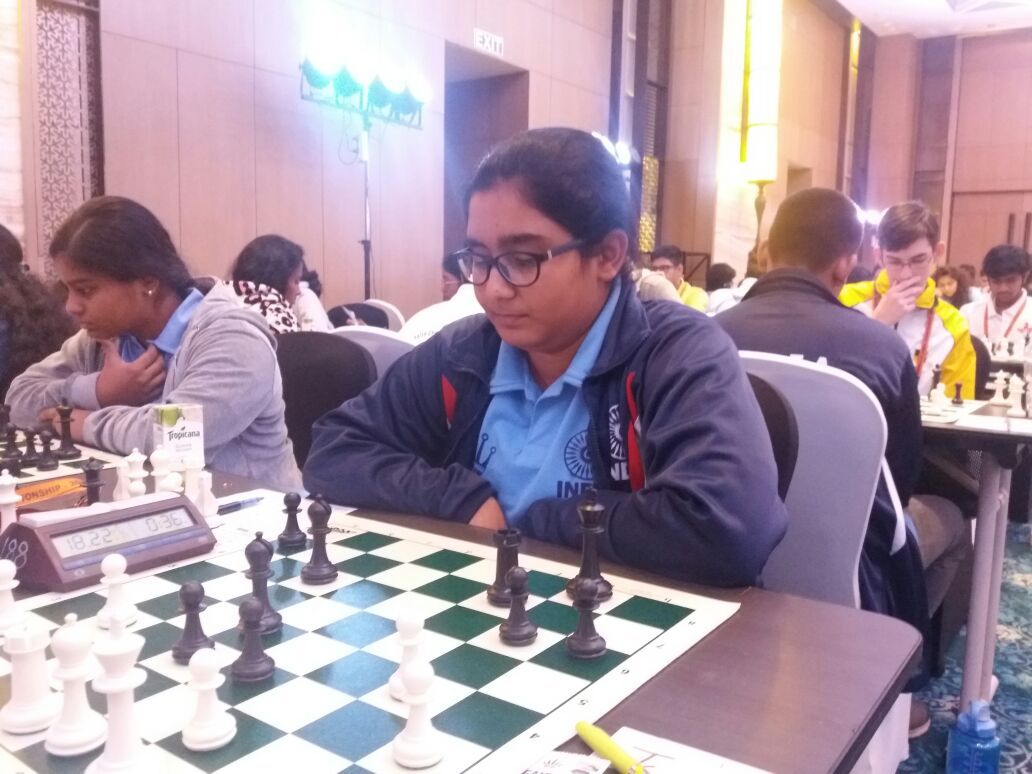