The strongest Rapid and Blitz tournament ever in India was held from the 5th to the 7th of August 2017 in Bangalore. Vidit, Abhijeet, Sethuraman, Deep, Gopal, Aravindh, Karthikeyan. Barring Anand, Hari and Adhiban all the big names of Indian chess were present there! Abhijeet Gupta won the rapid section while Vidit Gujrathi dominated the blitz. It was a festival of chess that was sublimely organized. We have a beautiful pictorial report that will give you the feel of the entire event.

We left you on day one of the ChessMine rapid with the 13-year-old Nihal Sarin dominating the event with 6.0/6 start. 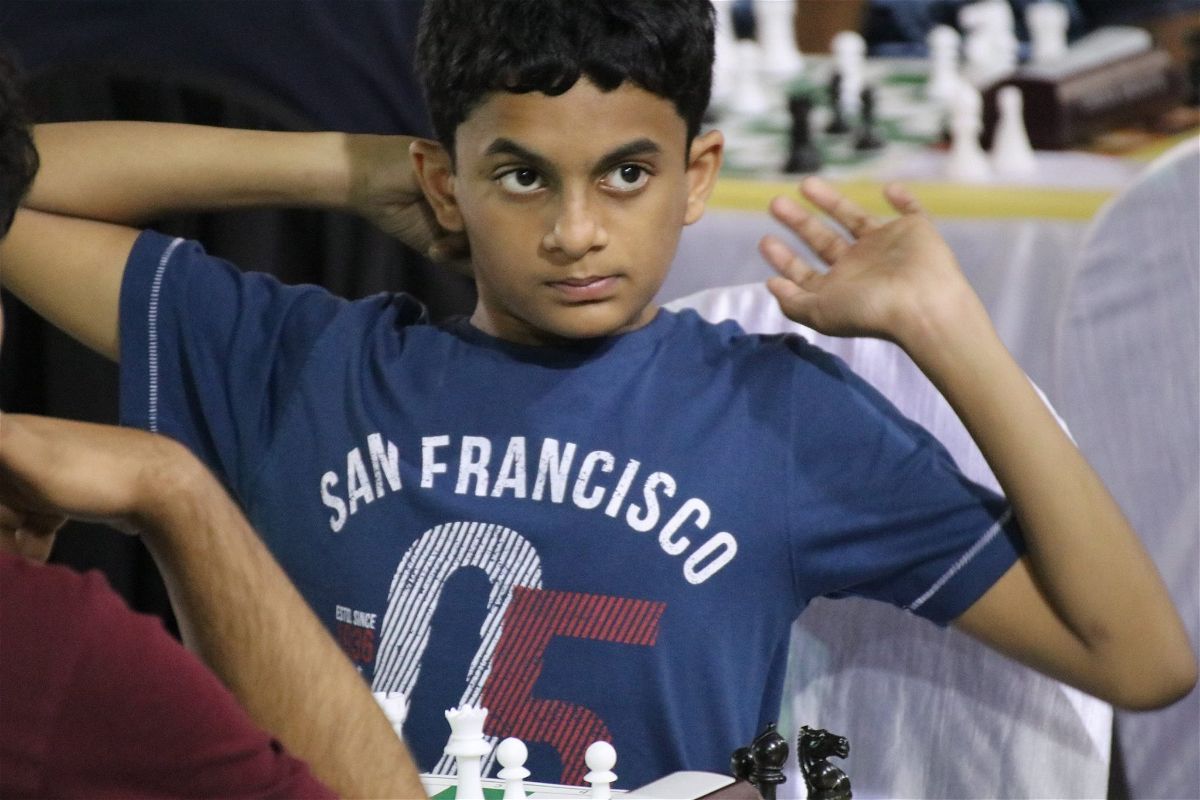 We all know Nihal's strength. IM at the age of 12 years and 8 months is no joke! At the ChessMine rapid he actually showed it to the whole of nation what he was capable against the best Indian players
Round seven clash was looked forward to with great anticipation by the viewers! 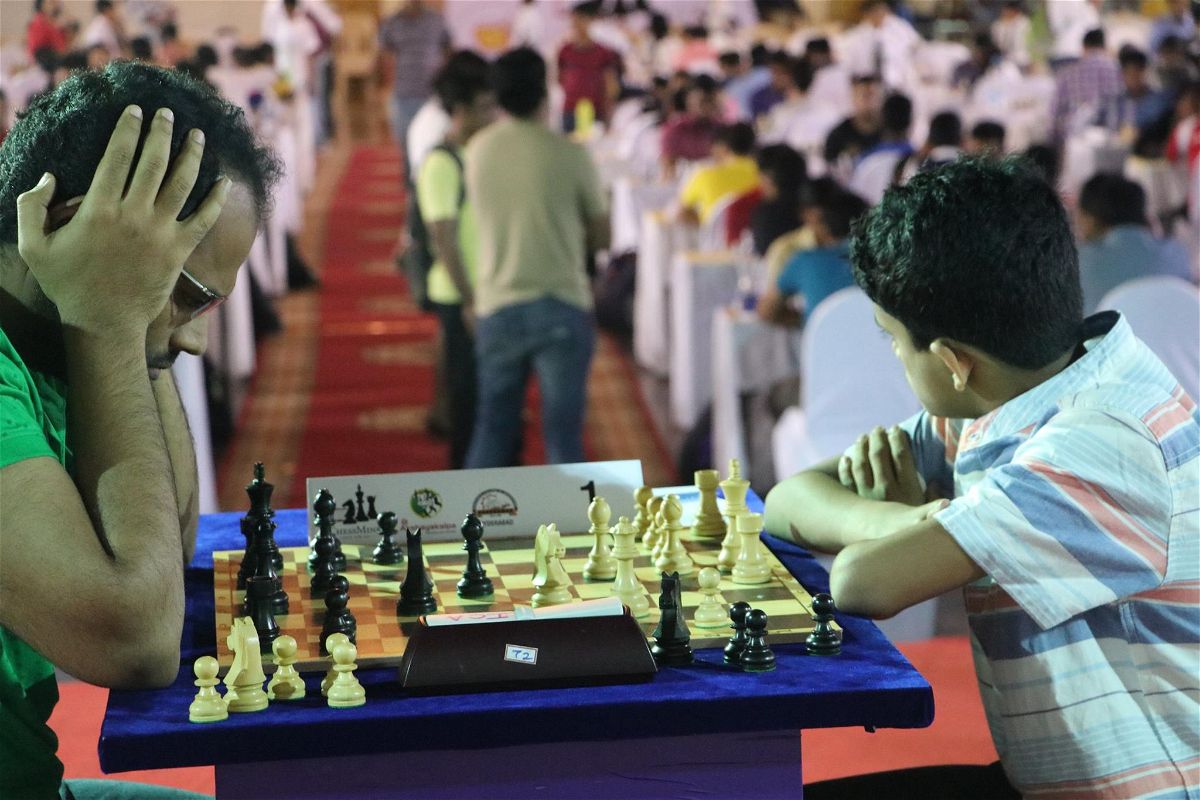 The game between two stars of Kerala ended in a draw! 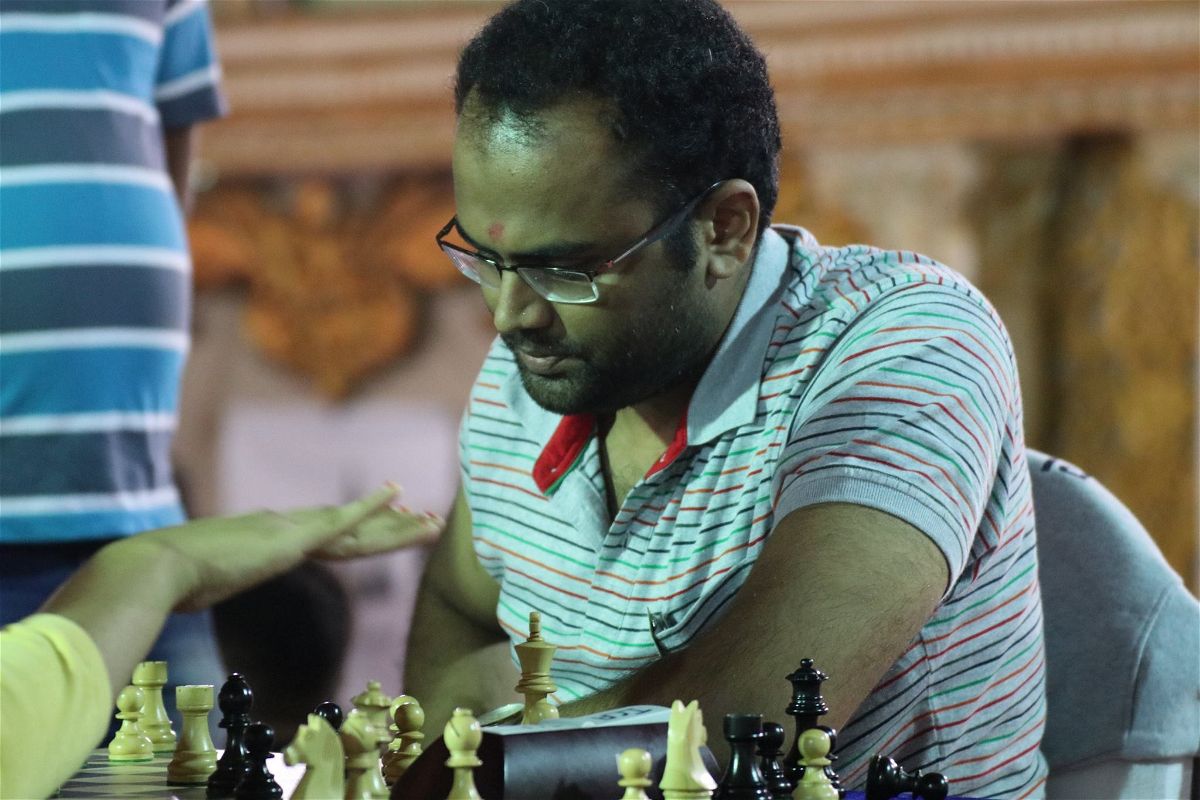 Gopal continued his fine performance and finished with 8.5/10
But he was not alone on that score. He was joined by.... 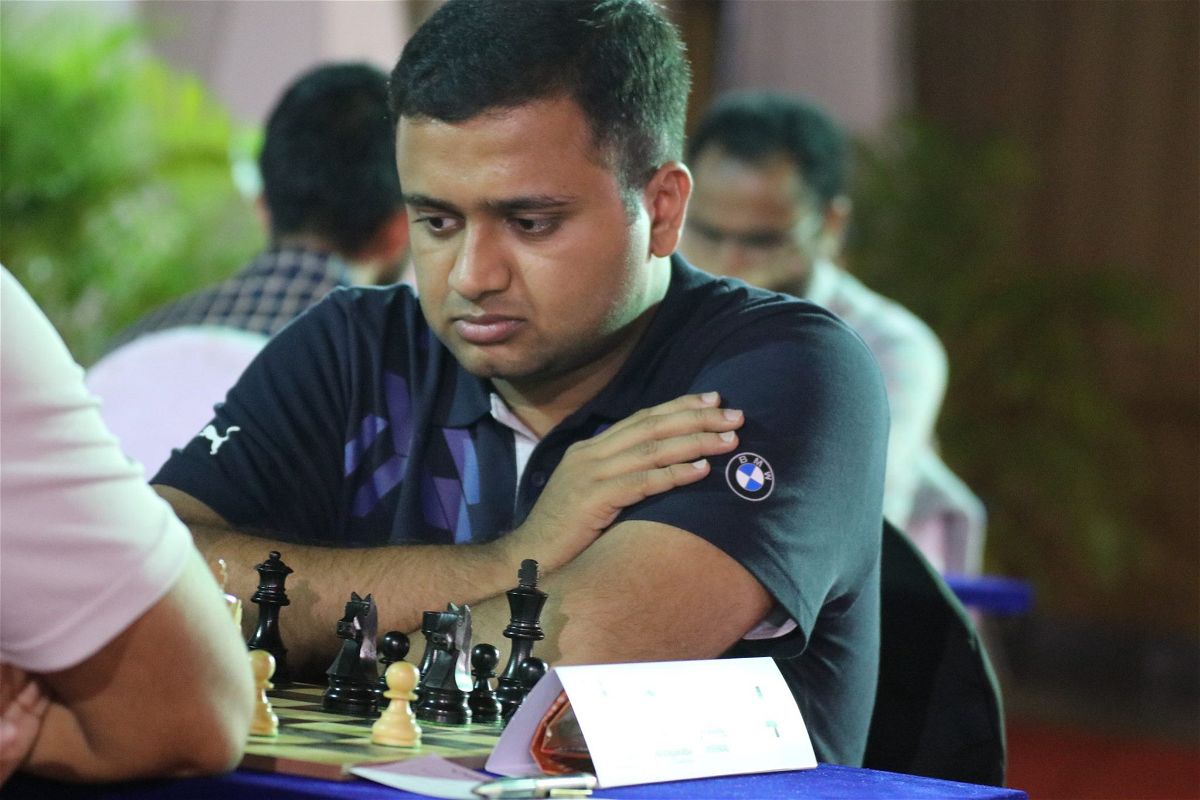 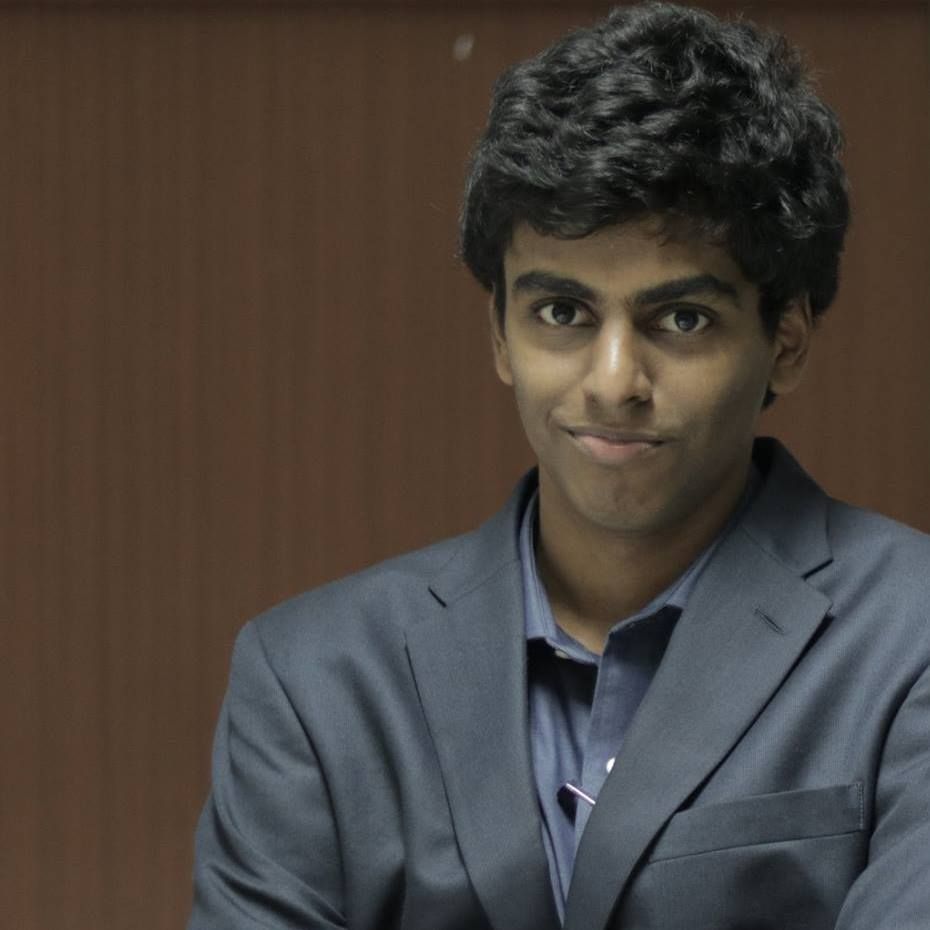 The man who is making a comeback to chess after a long time and still showing absolutely no rustiness - Sai Krishna G.V also scored 8.5/10 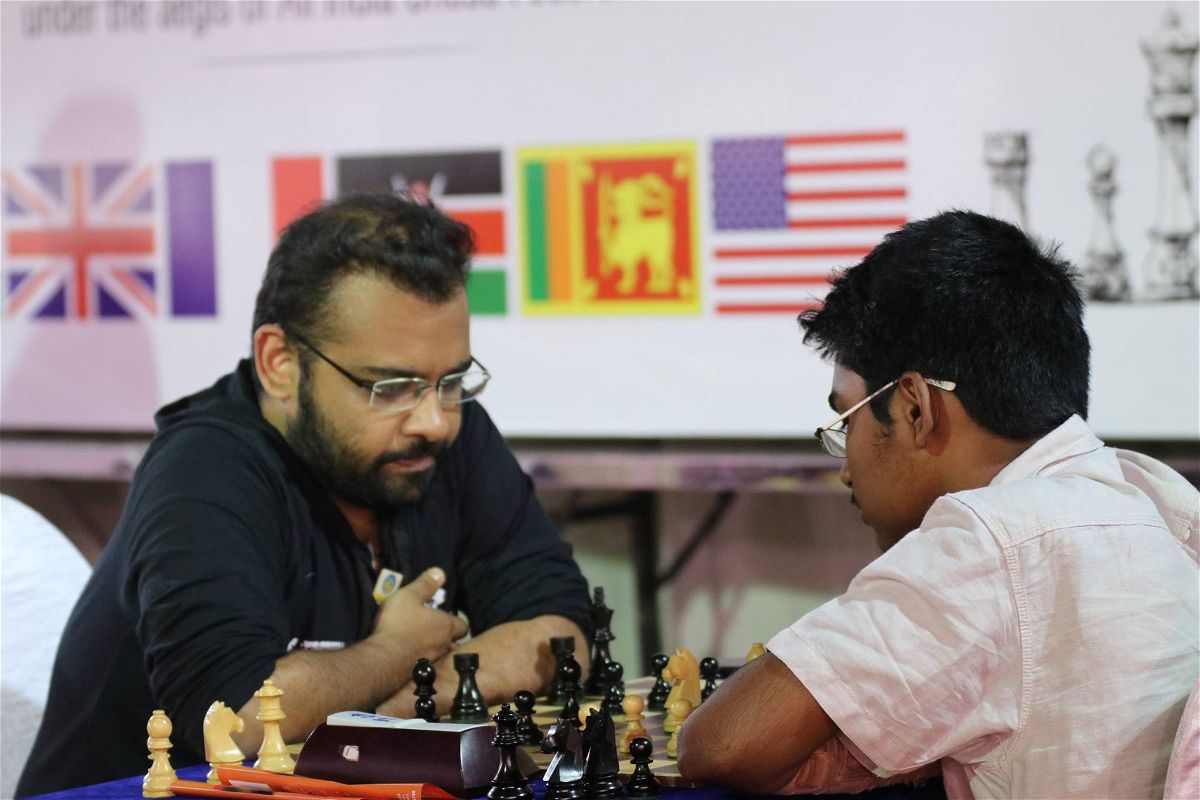 The organizers were clear that tie-breaks in the form of rapid and blitz games will decide the winner of the tournament. The players had to first play two rapid games of 10 minutes + 5 seconds of increment. And in case of a draw, they would move to blitz.

Abhijeet Gupta took on Girish Koushik and Gopal was up against Sai Krishna G.V.  Gupta was clinical as he dismantled Girish 2-0 in the rapid. Sai Krishna beat Gopal in the first game, but allowed the Kerala GM to stage a comeback and win the second. In the blitz Gopal showed no mercy and won 2-0.

Thus the finals was now between two experienced and top class GMs of India - Abhijeet Gupta and G.N. Gopal. Gopal struck the first blood as he won game one. Abhijeet is not one to bow down so easily. He played with all his might and equalized the scores. The match now moved to blitz. Gopal was better in game one with the white pieces and presssing throughout the game. But it ended in a draw. In the second game Gupta was white and tried to close the duel. In a fairly drawish position Gopal's flag fell and the Delhi GM won the match by a score of 1.5-0.5. Abhijeet won the ChessMine Rapid and went back home richer by Rs.1,00,000. 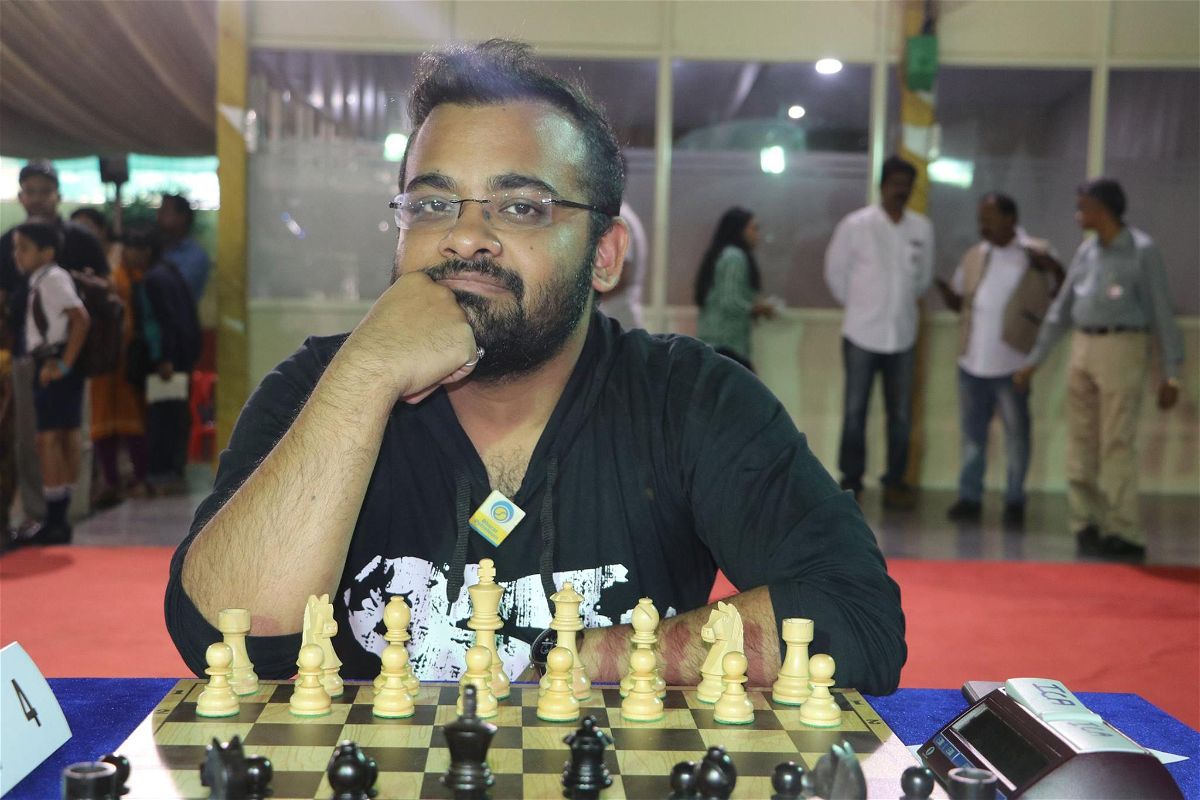 After earning the sobriquet of Mr. Commonwealth, Abhijeet Gupta is now knocking on the doors of being called Mr. Tiebreak! Yes, it's true! With nerves of steel, this man can perform under the most pressure situations! 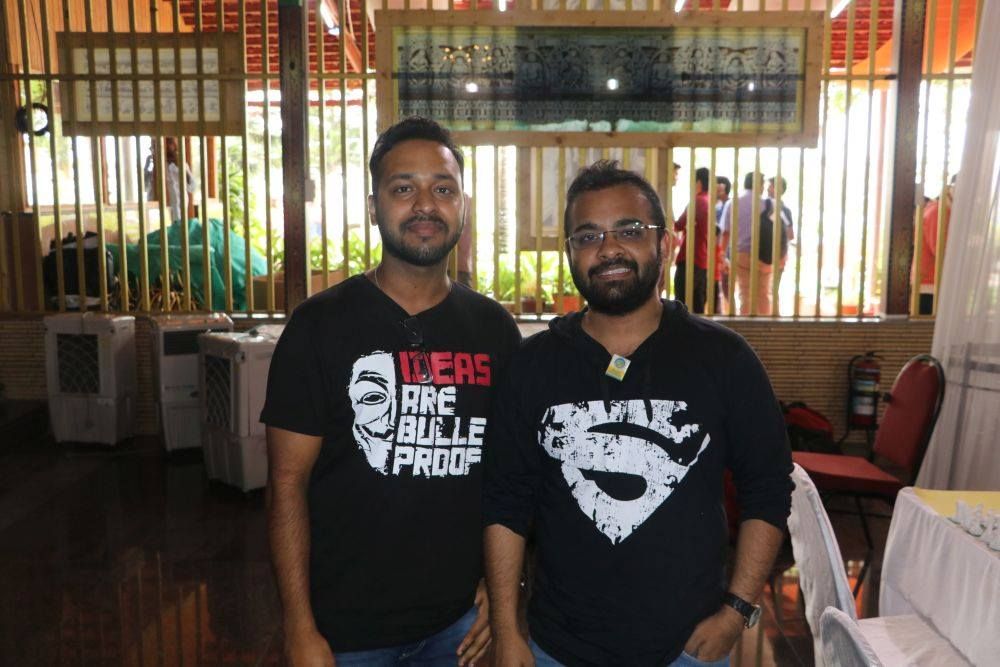 The National rapid champion with the ChessMine rapid winner!

The blitz section is the story of one man who led right from the start and finished off the tournament with a flawless performance. Vidit Gujrathi. After a relatively lacklustre performance at the rapid event, Vidit showcased a comeback in the blitz to score 10.0/11 and go back home with the winner's purse of Rs.60,000.

Vidit writes on his Facebook page, "Yesterday night after the rapid ended I relaxed a bit. Spoke with my friends and family. That helped me a lot to get back into good frame of mind. And in the blitz tournament today I was able to show my best chess. I can say that in the eleven rounds I played I did not blunder a single pawn. I was quite solid. In the last round of the event I was playing against the master of tiebreaks Abhijeet Gupta and we were both down to seconds. If I would have drawn the game, then I might have had to go into playoffs. The tension was palpable and I was happy to cap off the event with a win! Lessons from this tournament will be surely useful in my World Cup at Tbilisi in Georgia." 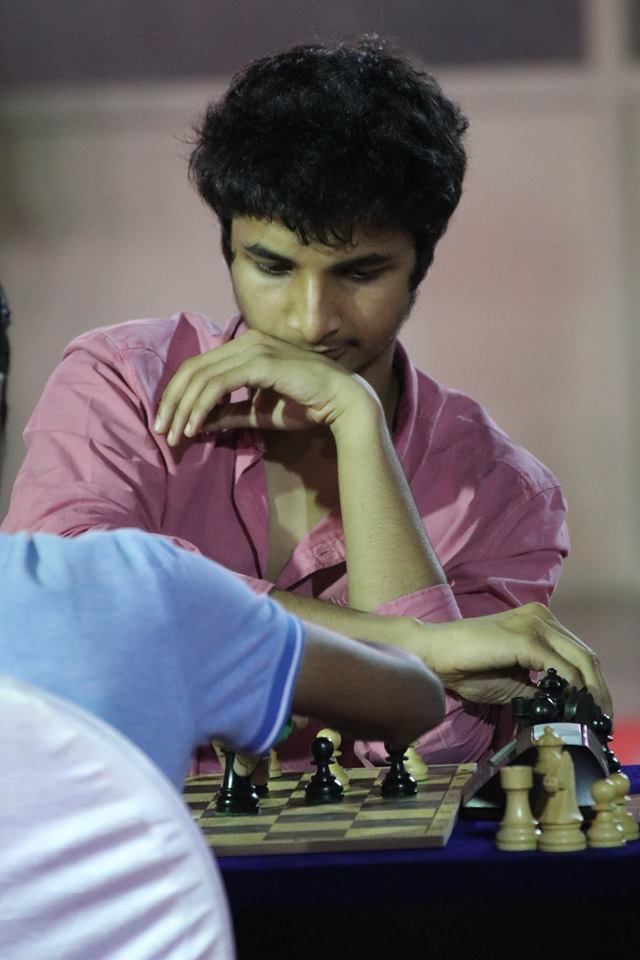 Vidit showed why he is India number three!

The single biggest achievement of the ChessMine team has been to bring almost all of the top Indian players apart from Anand and Harikrishna under one roof. 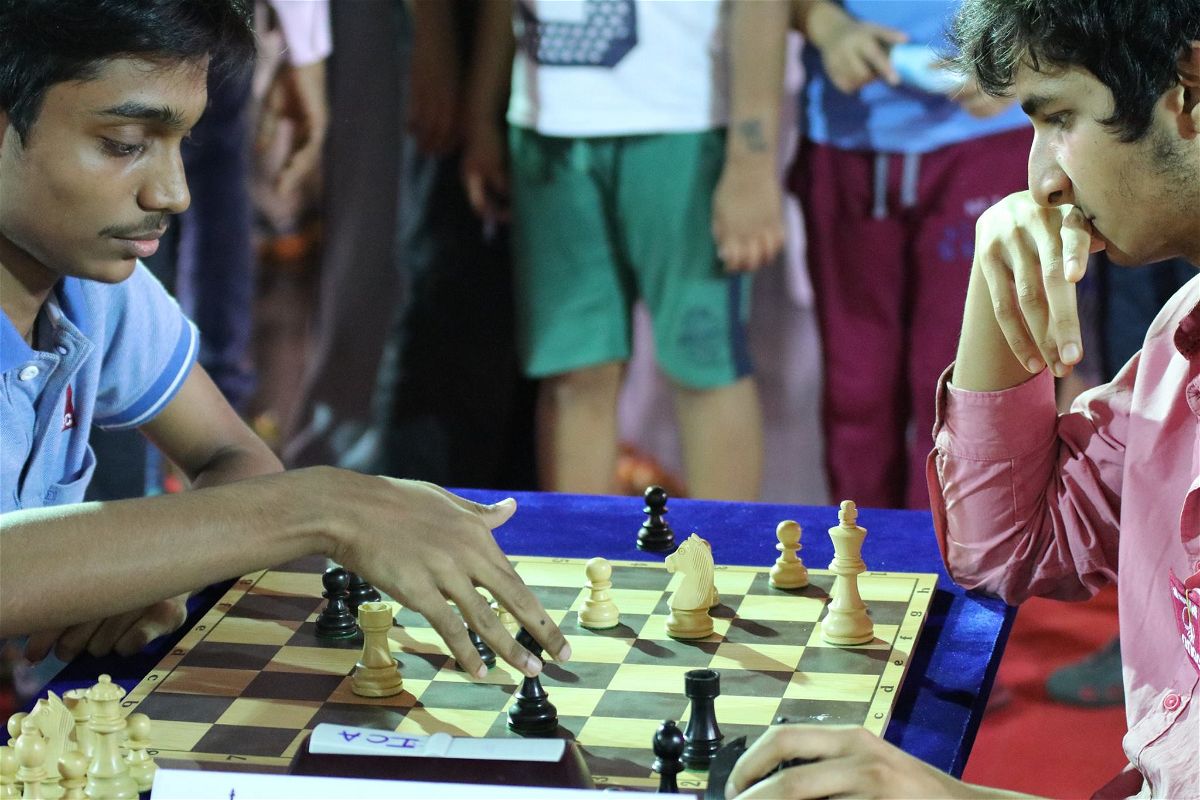 To simply just see stars like Aravindh and Vidit and so many more, in front of your eyes is a bliss. You hardly see them playing in India these days. 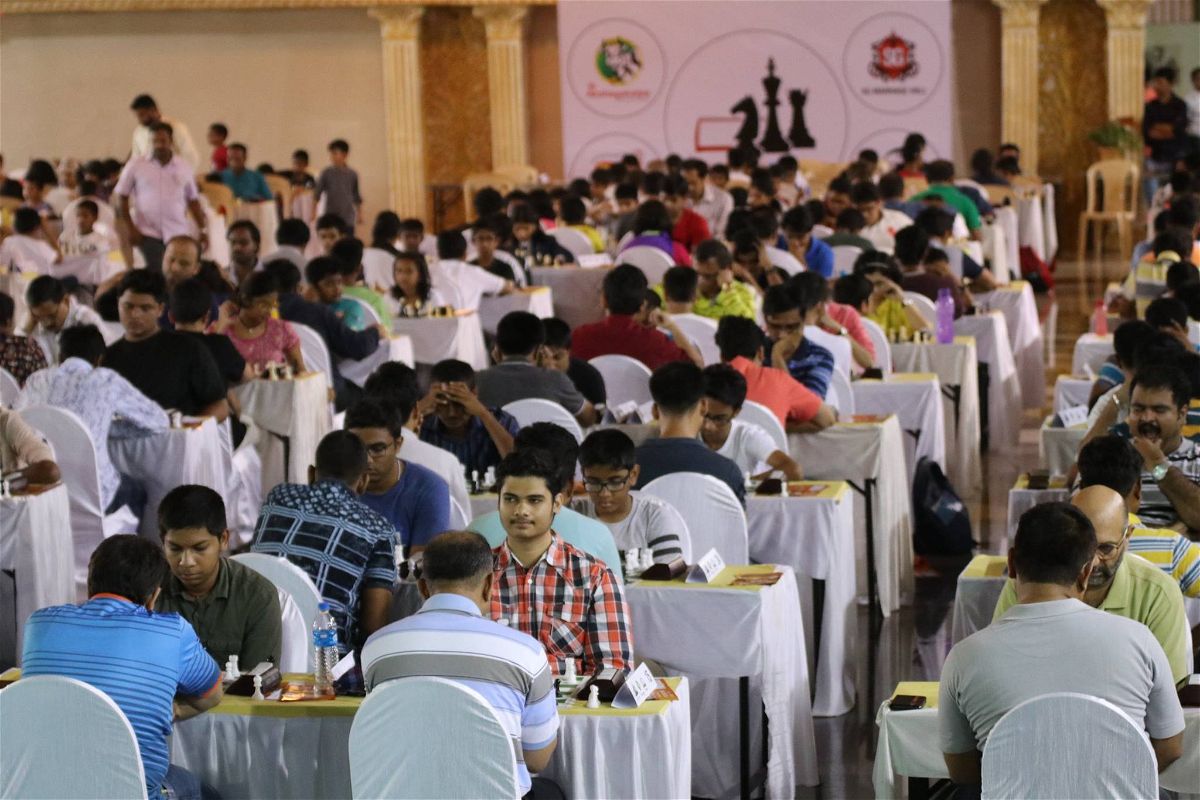 High quality organization and player's interests above everything else. Look at the tournament hall. Four players on each table with ample of space to sit comfortably. This is a basic need for players during chess tournaments, yet I would say very few organizers are able to achieve that. 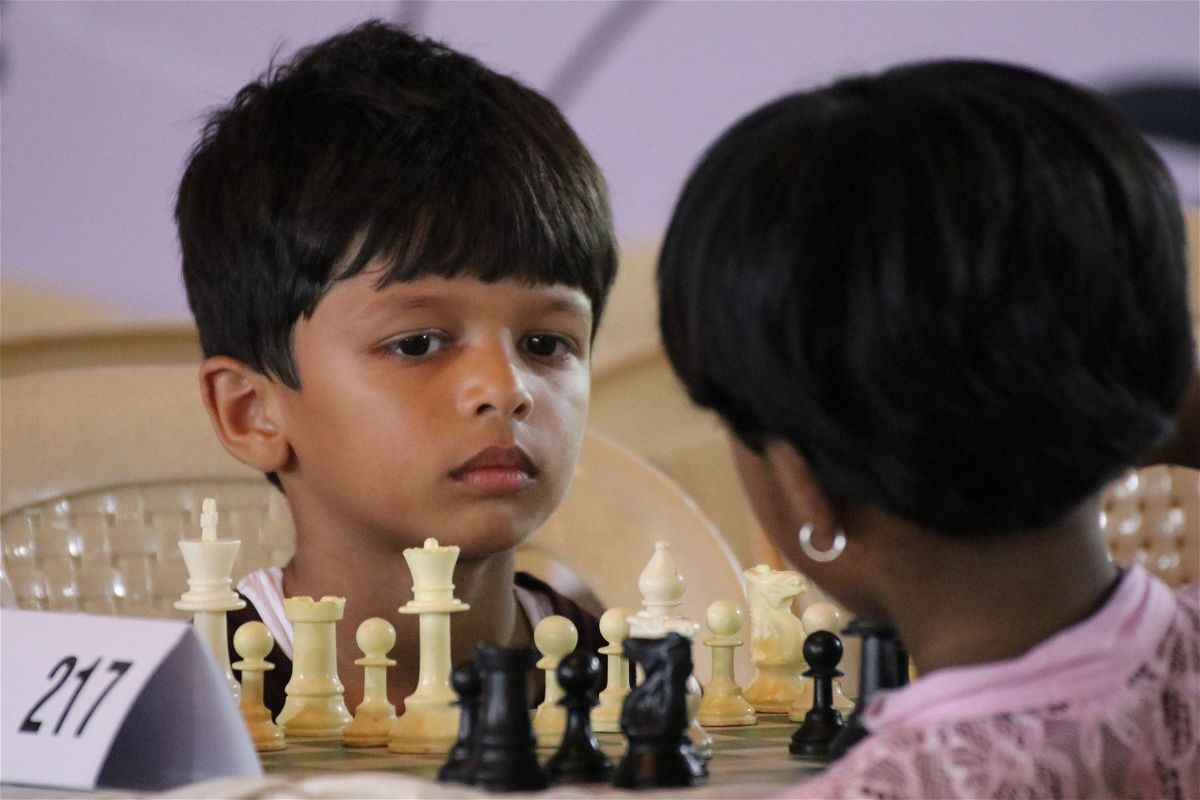 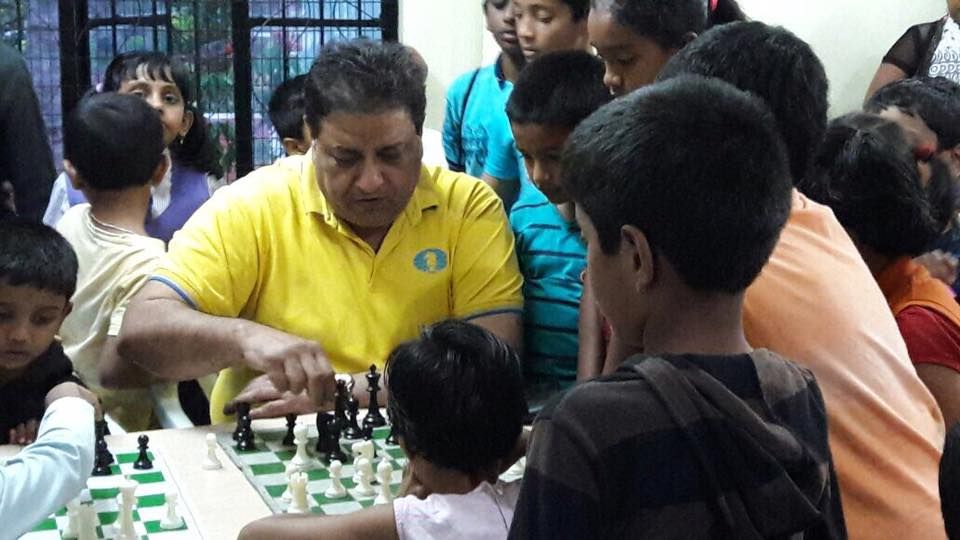 Bringing back chess lovers to the game! Where else would you see the Secretary of one of the biggest Chess Associations in the world play a tournament with complete dedication! 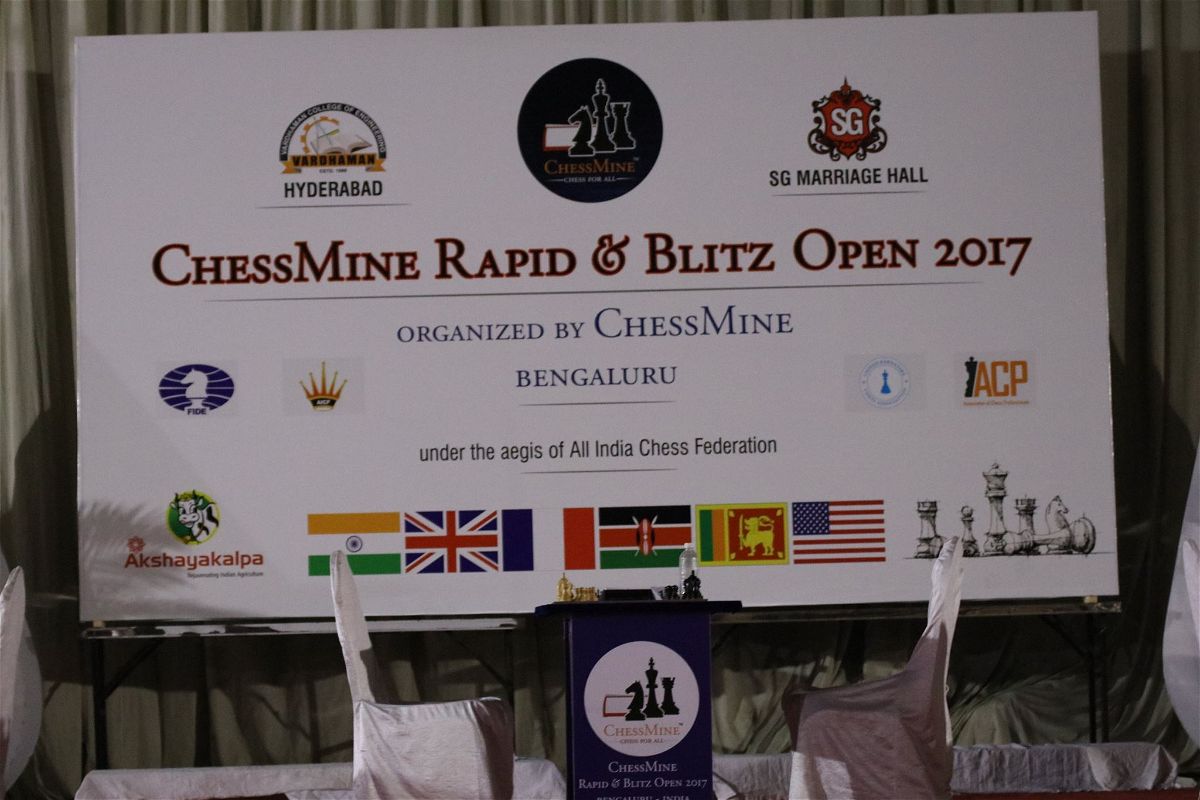 ChessMine is a start-up by four individuals... 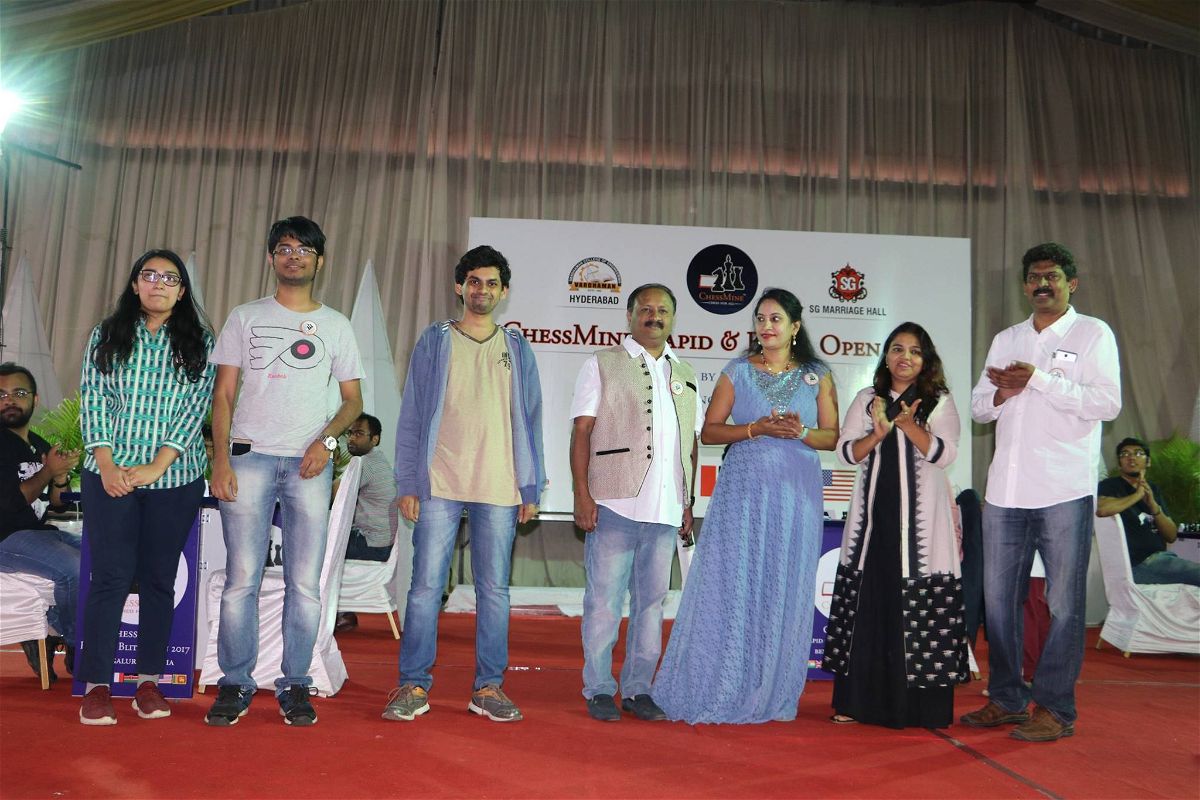 ...Hinduja Reddy, Srinath Narayanan, Priyadarshan Banjan and Likhit Chilukuri (missing in the photo)
With their first event itself the young team of organizers have brought some sort of revolution in chess organization in the country. They hardly slept during the nights leading up to the tournament, working hard day and night to ensure that each and every need of the players would be fulfilled. Their first event was a resounding success and we as chess players can only hope that they continue with the same enthusiasm in the days to come! 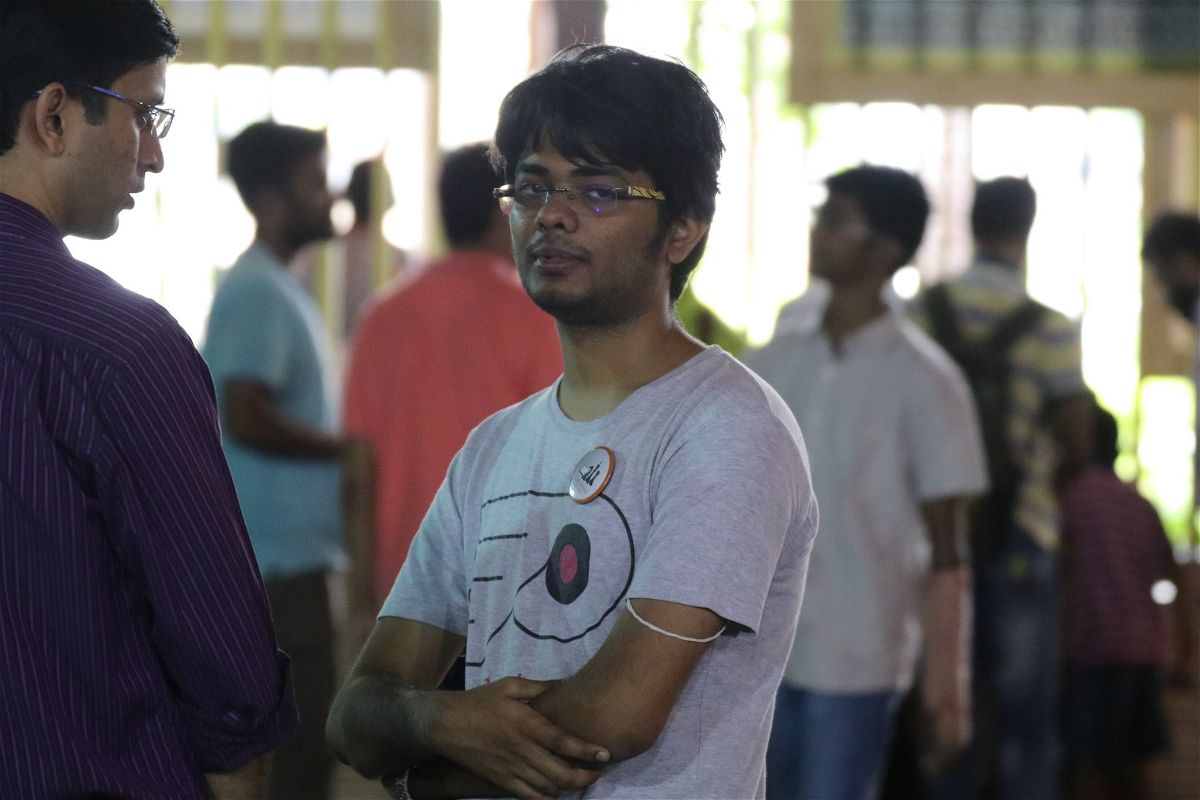 A thoroughly exhausted Srinath Narayanan. It is very rare to see a grandmaster organizing events!

Akshay Halagannavar with his camera captured some very nice pictures at the tournament: 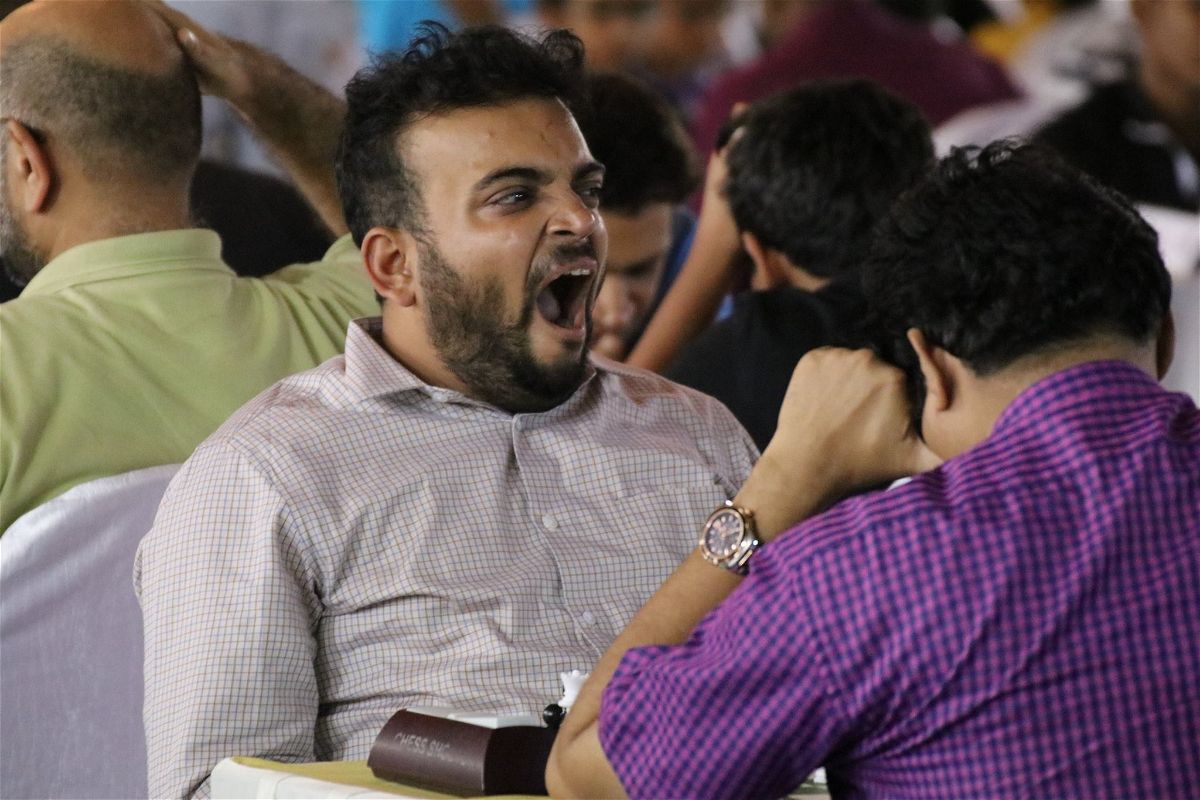 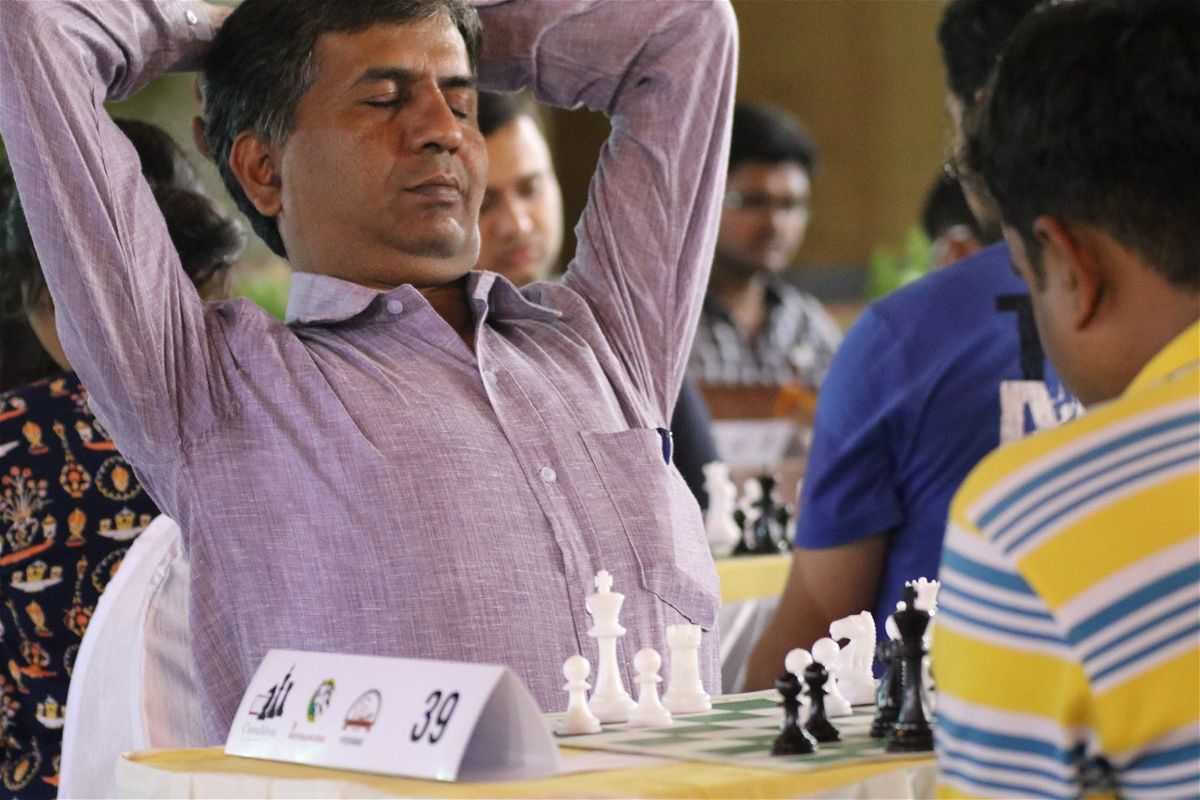 Now that Karnataka chess is booming, I can breathe easy! Karnataka Chess Association Secretary and strong chess player Arvind Shastry.
It is very nice to see how the Secretary is promoting chess in the state 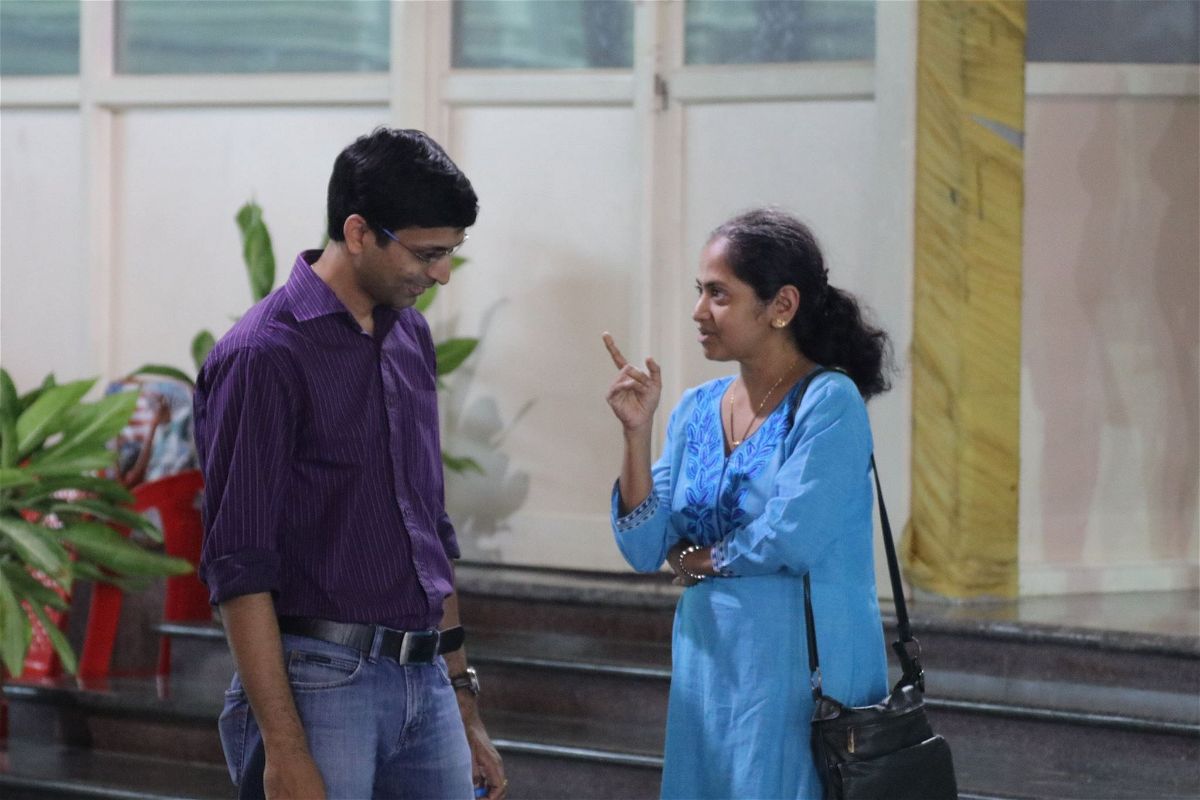 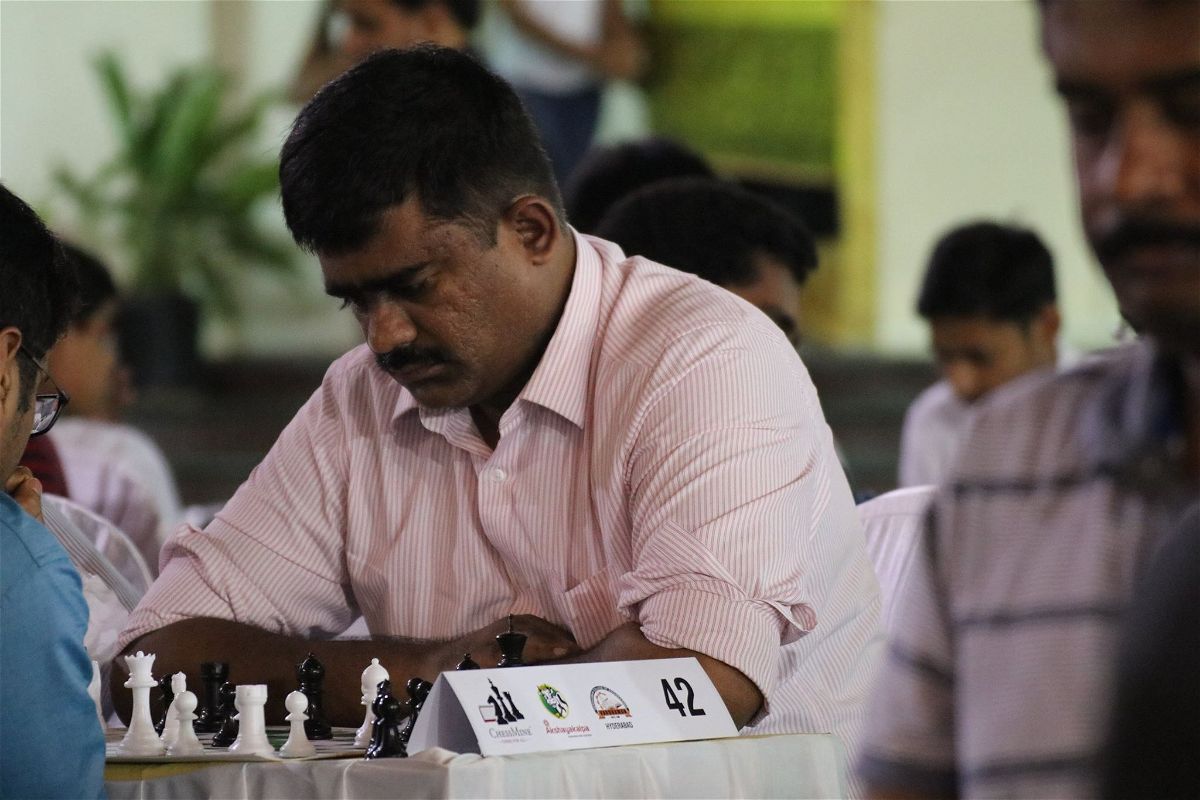 The man who finds time to sleep during his chess games, and yet wins! 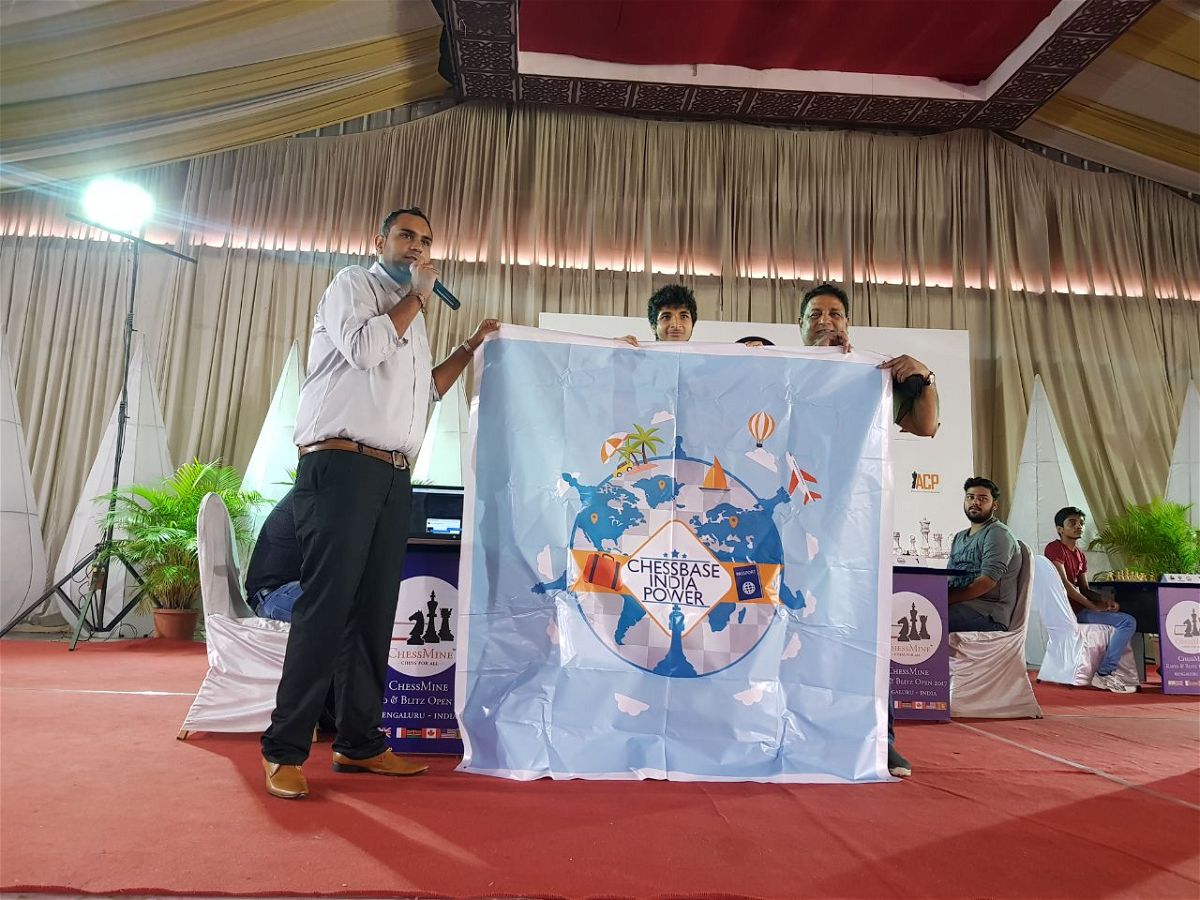 ChessBase India Power to ease the lives of chess players of India, was launched during the tournament. Check out this article for more information. 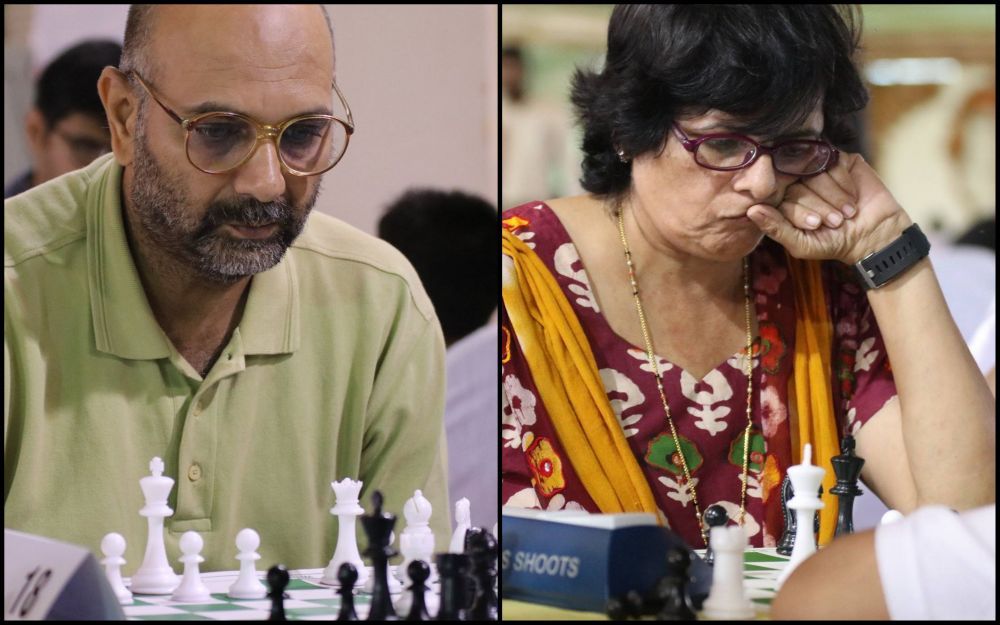 It was so nice to see the golden couple of Indian chess in action! Pravin and Bhagyashree Thipsay. 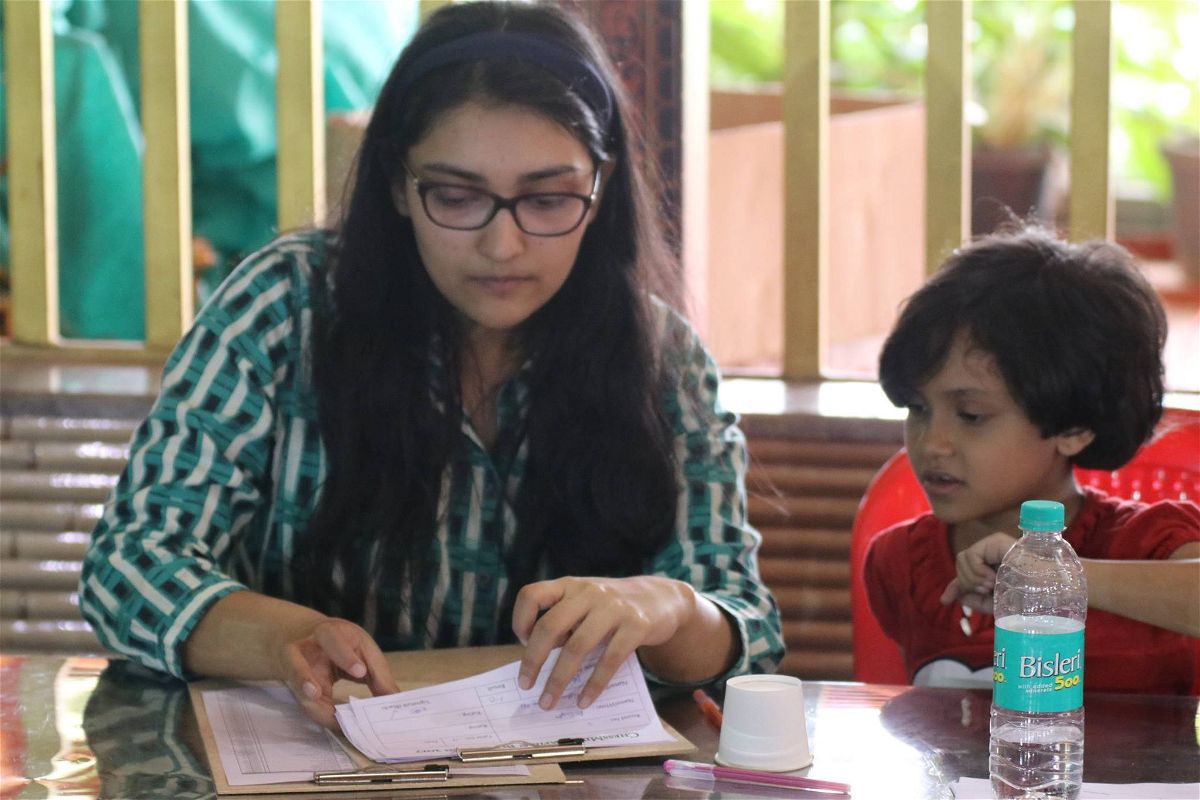 The backbone of the tournament - Hinduja Reddy 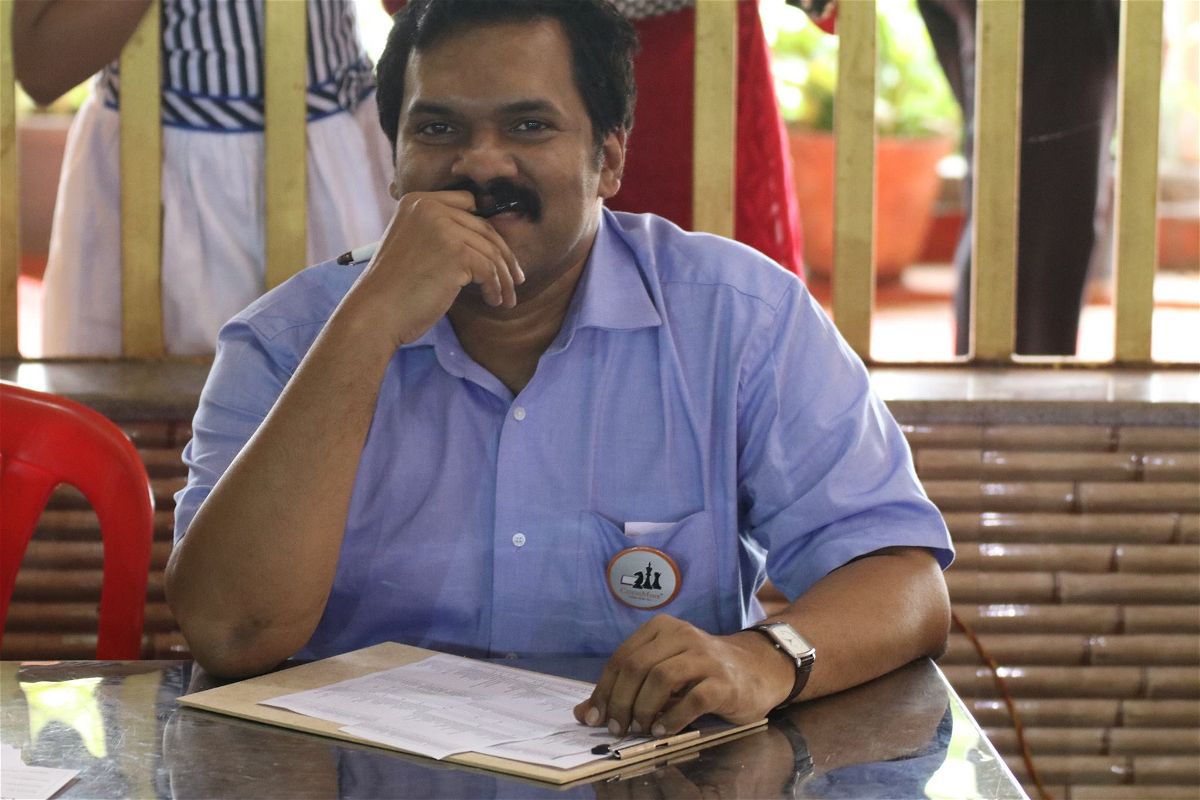 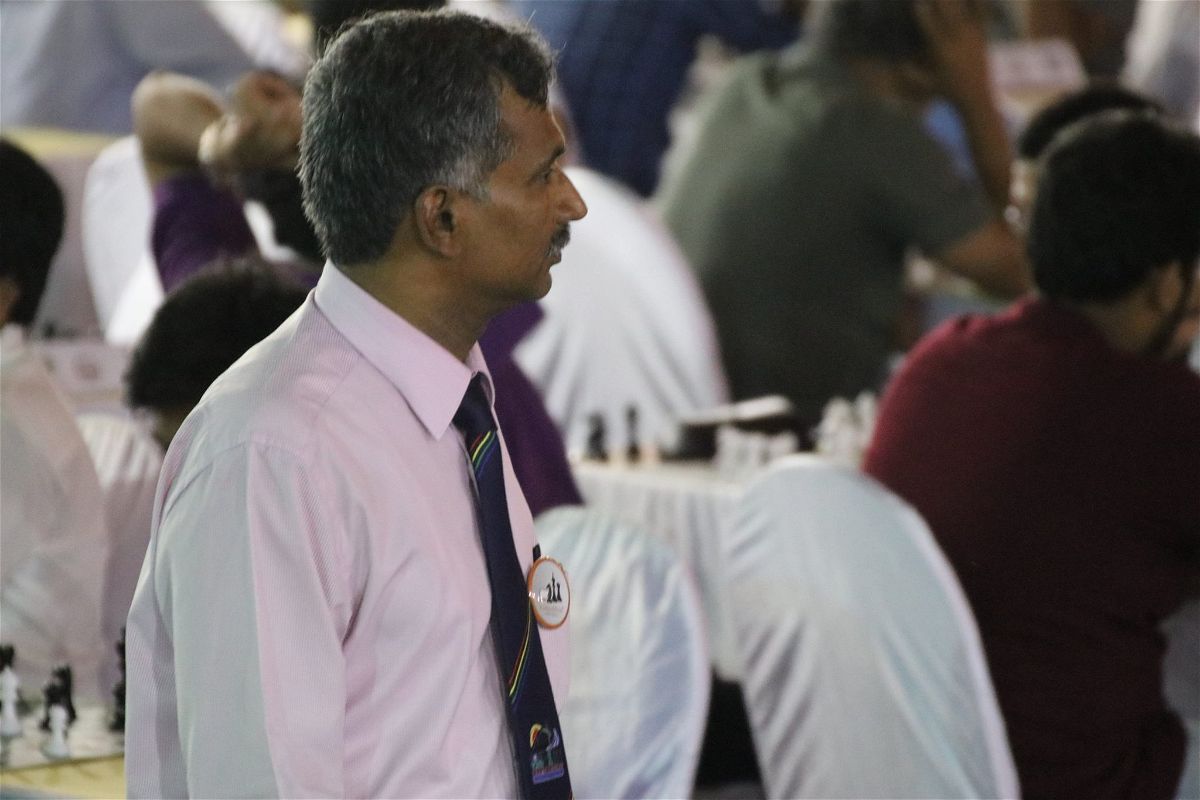 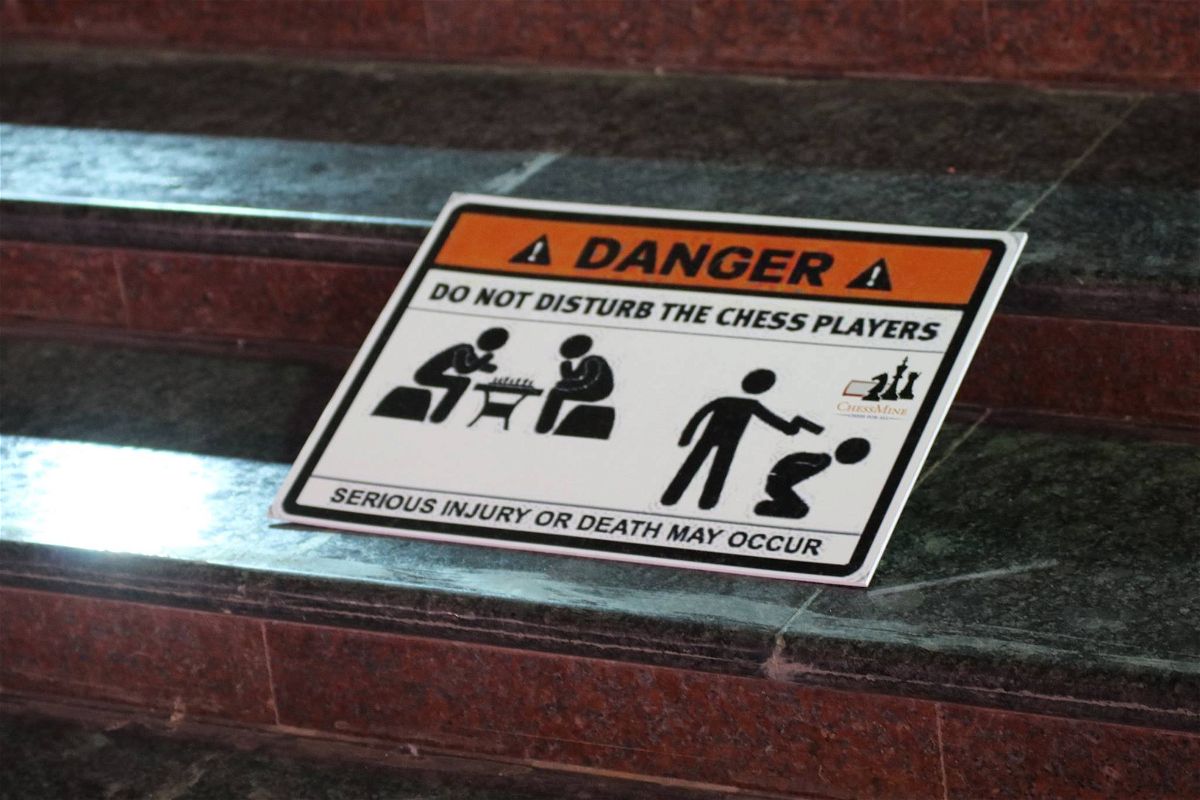 Chess players are generally peaceful, but....
The strongest Rapid and Blitz tournament of India came to an end on 7th of August. Stay tuned, for the next ChessMine event.