The Black Lion - An aggressive version of the Philidor defence

In the first 10 seconds of the introductory video of one of his latest DVDs, Simon Williams roars like a lion, to pass us that passion which marks his chess, and the aggressive repertoire he wants to teach us. Imagine that happening in front of your eyes! David Nastasio was taken in by Williams' passionate aggression and writes this review on the Black Lion!

The Black Lion - an aggressive version of the Philidor Defence 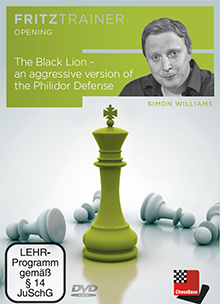 GM Williams is one of the most funny, passionate, instructive characters in the chess world. I've witnessed his passion for teaching chess in endless videos, and if there would be a competition, a world championship for funniest video teacher, I'm sure he would win it easily.

Williams tells us that he discovered this opening about five years ago when a friend of his introduced it to him. In modern chess, with endless tournaments being played week after week, one definitely needs a varied opening repertoire.

In the first 10 seconds of the introductory video, he roars like a lion, to pass us that passion which marks his chess, and the aggressive repertoire he wants to teach us! 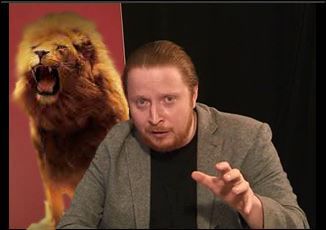 It's true — he actually did that!

Williams admits after his friend introduced him to this opening he didn't know, he also discovered the wonderful work made by two players who popularized it through the years, in a book one could use as reference: He says right away the aim of the DVD is to offer us a repertoire against 1.e4, and that is his focus.

While for those curious to know more, the book offers a repertoire also against 1.d4. However, Williams throughout the DVD shows the difference of a GM understanding of some positions, and his evaluation, compared to the authors of the book. That is quite important, because one can feel, when playing games between GMs, how some small differences in evaluation can make the difference between a lost game, and a draw. So while he is giving us an aggressive repertoire, he is also solid in his evaluation, and ready to play it at top level! 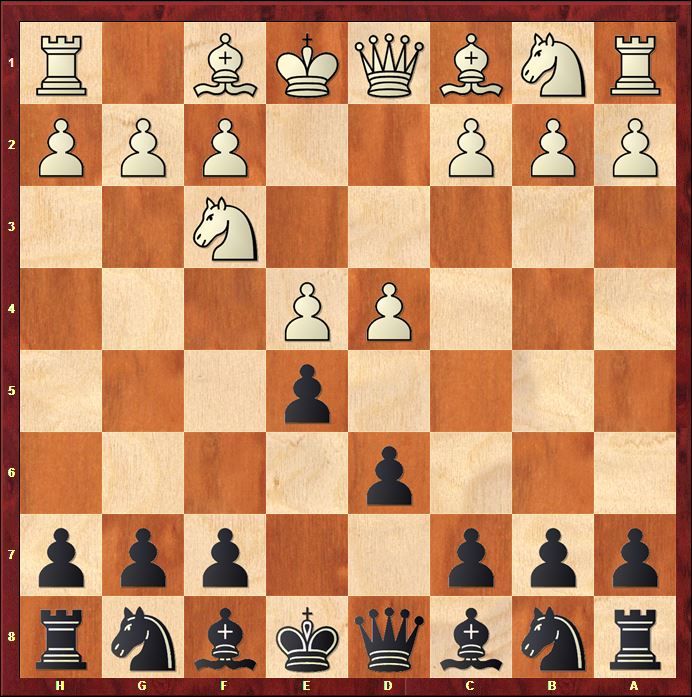 But here we see Williams in action, because he is always looking for openings, and ways to surprise his opponents, he gives the following move order: 1.e4 d6; 2.d4 Nf6; 3.Nc3 Nbd7... 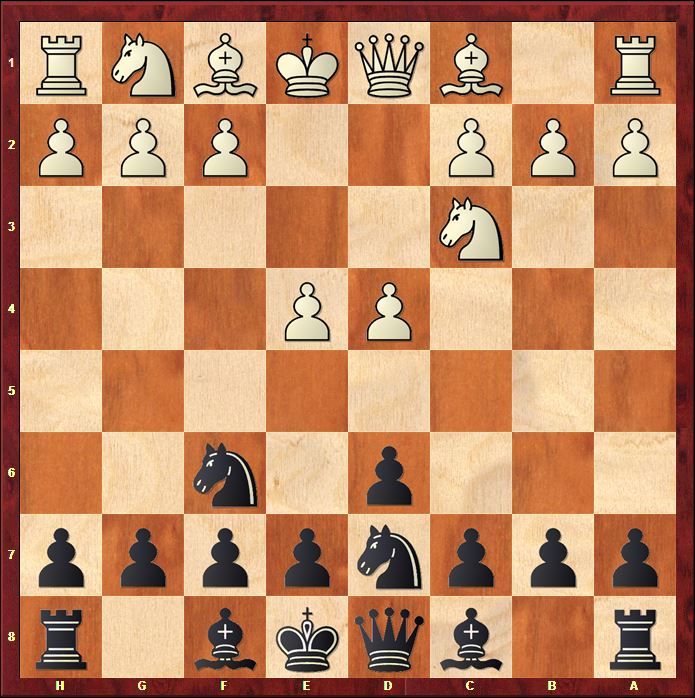 This move order coincides with the 2nd edition, in English language, of the book: "The Black lion, the chess predator's choice against both 1.e4 and 1.d4."

Williams doesn't lose time, and in the introduction begins to explain the plans for Black, when one should castle, and what is the main goal of the opening, like in the following image when he details pawns advancement on the kingside. 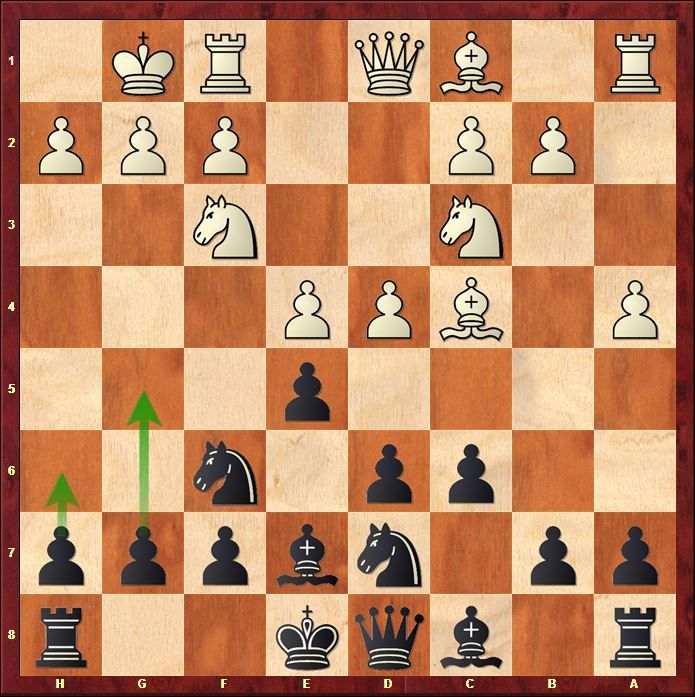 The good part of having a GM player like Williams playing this opening is relative to the weaknesses and problems Black is going to run into. In fact he also outlines Black's problems on the queenside, and how he solved them. 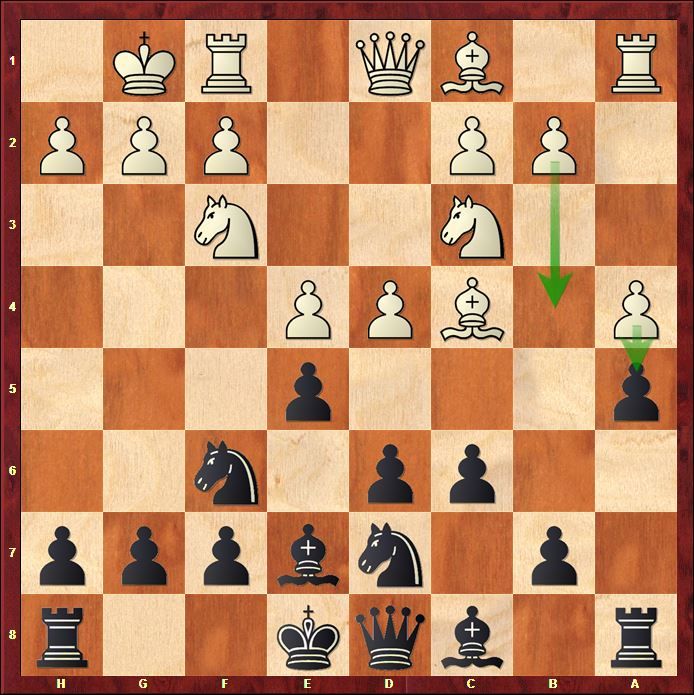 I think GM Williams does a really great job, better than any books, because he points out at possible problems with just few moves, like a painter sketching on a canvas. In this case, we need always to be ready against White playing Ng5. 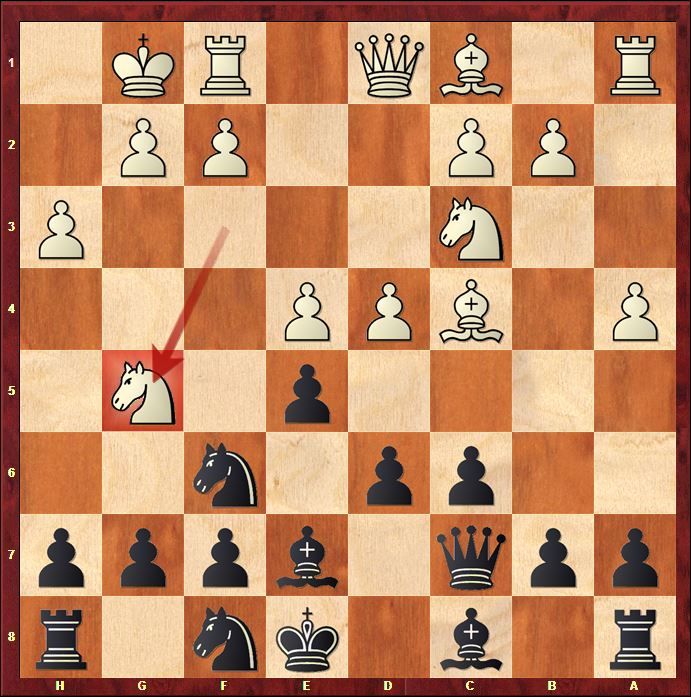 I'd like to show you why I wasn't flattering GM Williams when I wrote that he is clearly a passionate teacher. What I like, and the reason why I prefer videos over books is the imagery in his words.

He describes the following position, and the move g7-g5 as "here the lion roars." This is what I will hear during my tournament games, and what will help me guiding through the dark waters of the middlegame. This cannot be given me by a book, and unfortunately, I'm not rich enough to have a trainer 24/7, but I can have GM Williams on a DVD!

Out of the 20 videos which cover every White response, 5 of these videos have games played by Williams, showing us that he definitely played this opening.
But the great surprise came when I began to watch the games in the extra database, many important names have played the Black lion: Carlsen, Morozevich, Ivanchuk, and in my opinion the most important of all, since his name is a brand for creativity: Jobava! 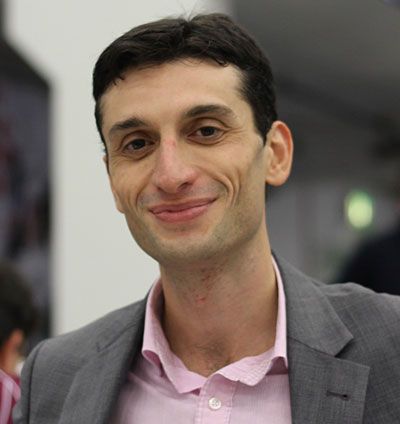 But returning just to the introductory video, I think GM Williams really gave a great overview of the opening, he even showed typical King's maneuvers which are used in place of castling, like the following: 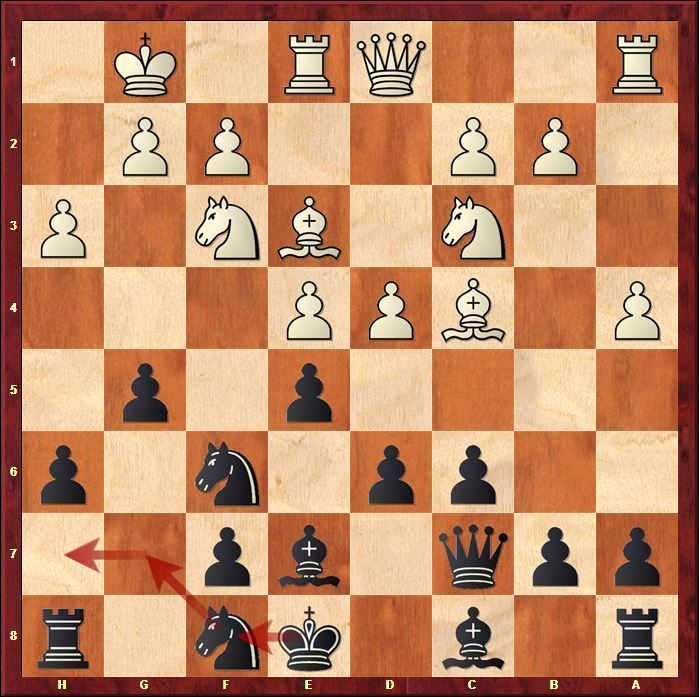 And this is the reason why I like this GM so much! He studied this opening deeply, he played it, and now he is able to show me in less than 6 hours what I really need to know and remember, in order to transition successfully from the opening into the middlegame.

Well, this is quite easy. I have my Chessbase Account Online, and I go to the Online Database, with more than 8 million games. 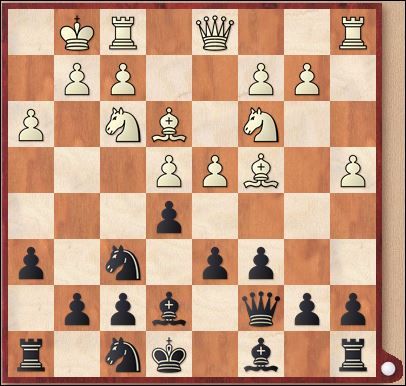 And I do the same for every line GM Williams presents in the DVD, before watching the actual DVD, because in this way I will get a feeling for the opening, and see if I'm compatible with it. In this way, I actually watch 60-80 games, and this will help me to gain the maximum understanding from GM Williams' video lessons.

As always at the end of the DVD there are a series of 19 interactive test videos, where GM Williams presents a position, and ask to find the best continuation, like the following:

The move 5.g4 was made popular by Shirov, GM Williams asks us if we remember how we should continue if White plays this move.

I must confess a sin I made while learning the opening. Generally one should do his homework, which will consist of watching the videos of the DVD, watching the model games from the database given by GM Williams, but I couldn't resist. And I began to play it online in blitz games, and correspondence games, just after watching 2 videos!
In the blitz games it was really fun, because some players didn't understand what hit them, within 35 moves they lost the game. Instead in the correspondence games, I discovered I needed to do my homework! I played at a time control of 24 hours per move. And most of my opponents, maybe because they booked up, did give me some troubles.

Then I finally began to watch all the videos, and discovered GM Williams treated all the lines White played in my correspondence games! However, it was fun, and I just need to be more patient, and play the opening after I watch the videos! 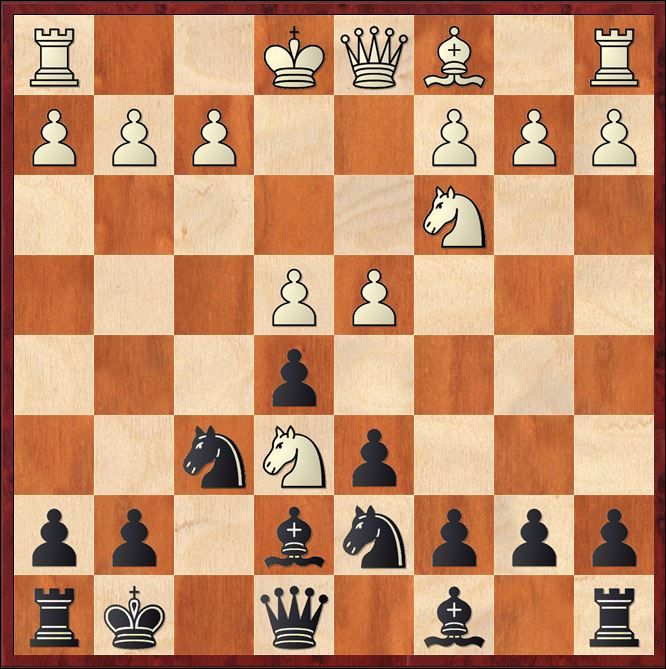 Now I don't want to put too many games inside this review, but from the position you see, could you ever fathom that after 10 moves White was totally lost? 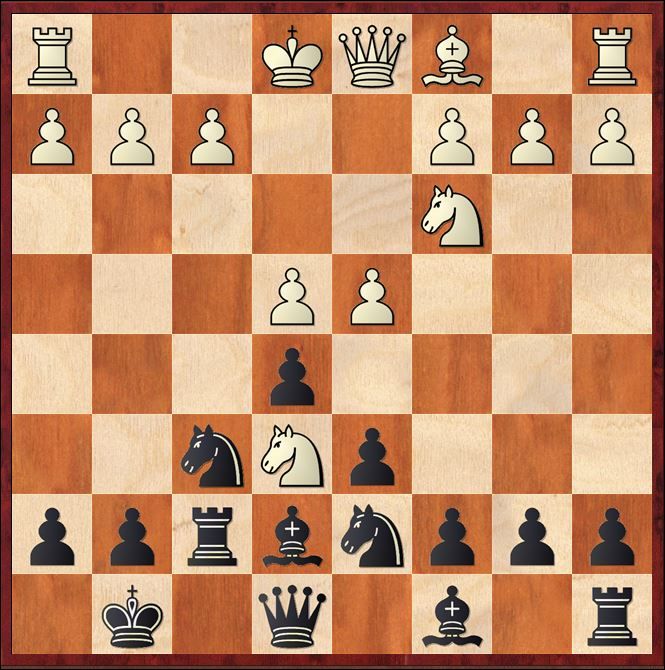 I showed the positions reached in these two videos because they treat the possible attack on F7, which I had often in my correspondence games.

The videos 13 and 14 will blow your mind, if you really love aggressive chess! 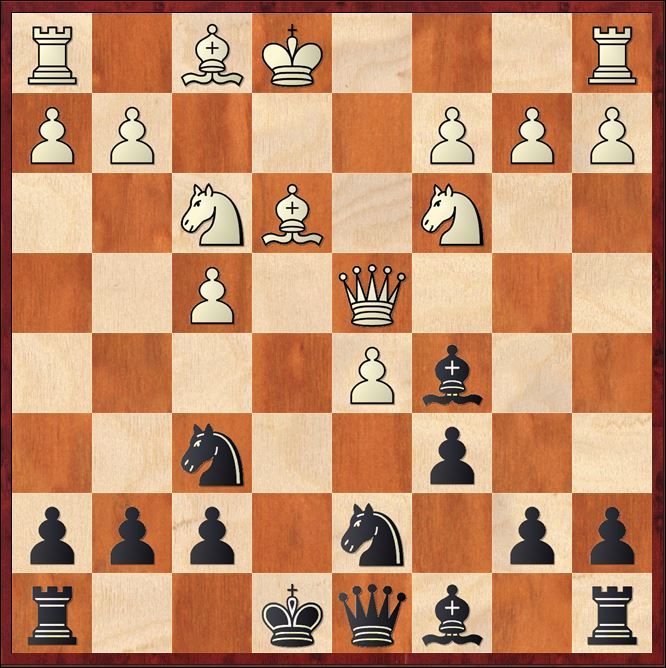 In these two videos, Williams shows his great teacher side. He knows one needs to remember the lines, and while he explains them giving the rationale for most moves, at the end of the video he also recapitulates all the most important points, in order to give the student the maximum chance to remember, especially if one pays enough attention. Otherwise, it is possible to watch the video a couple of times to cement in memory the moves one must remember.

Williams also shows a lot of middlegame themes and ideas on how to attack the enemy king.

I don't want to spoil all the surprises inside this DVD, detailing too much, but I think it could be useful also for a beginner, because often beginners make the mistake to play solid openings, instead it is essential to learn gambits, or how to attack sacrificing a pawn. This DVD, through GM Williams, shows that, and it is quite a priceless lesson.

In conclusion: this DVD made me want to learn this opening, and use it in my games as soon as possible. I like the top players who play it, and I find it quite aggressive, which is what I need in a game as Black since I always play for a win!

Check out the Black Lion, with a 20-minute explanatory video on the opening, in the ChessBase India Shop.