Bharat Singh Chauhan will be the next AICF Secretary

Bharat Singh Chauhan has been the sole nomination for the post of the Secretary for All India Chess Federation. On 25th of June he will be assume the office of the Secretary for the period of 2017 to 2020. Venketrama Raja continues as the President and Kishor Bandekar will be the treasurer. In this article we acquaint you with some of the duties and powers of the Secretary and also point out some of the most important tasks that will be on Bharat Singh's to-do list in order to popularize the game of chess in the country. 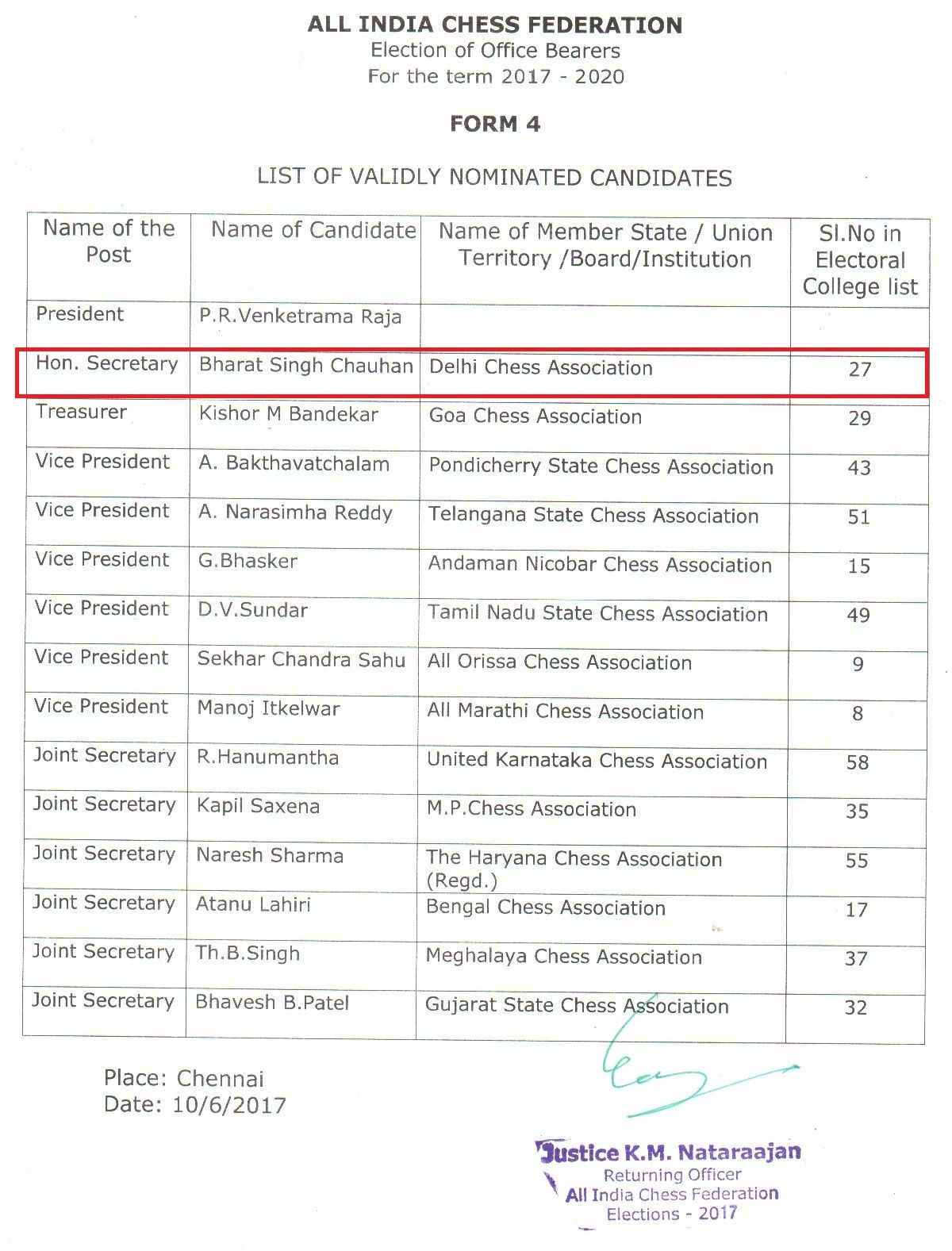 Although the elections are yet to be held, they will just be a formality because there have been exact number of nominations for the number of posts at stake. To that end, Venketrama Raja continues as the AICF President, Bharat Singh Chauhan will become the new secretary and Kishore Bandekar will take on the role of the treasurer. There will also be six vice-presidents and six joint secretaries as mentioned in the document above. 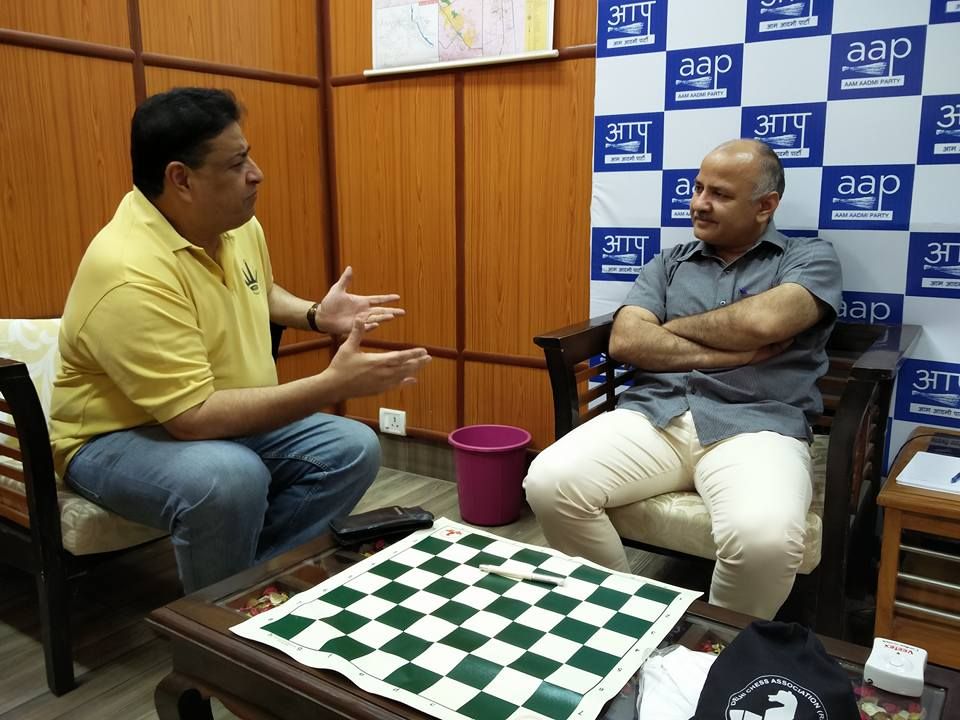 Speaking with Deputy Chief Minister of Delhi Manish Sisodia about Chess In Schools. The Chess in Schools project all over India will be one of the most important things on Bharat Singh Chauhan's to-do list to popularize the game of chess in the country. 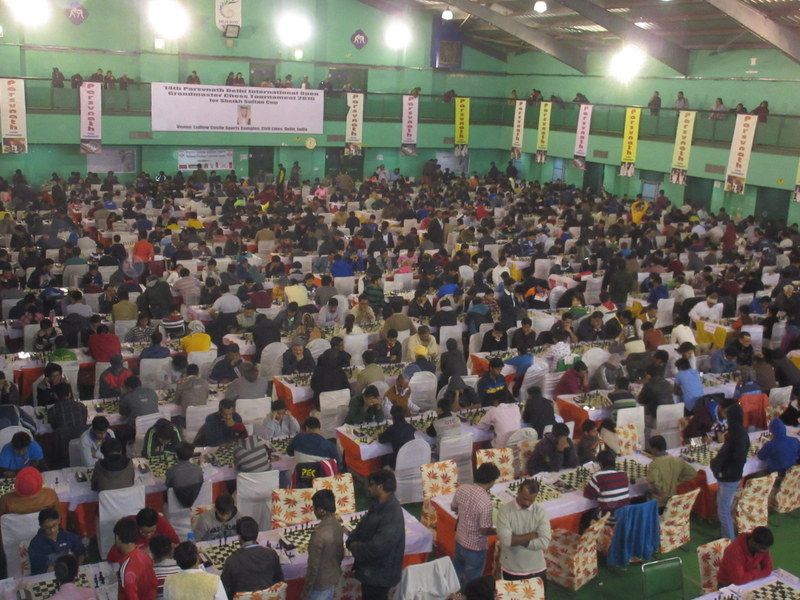 With his experience of organizing Delhi Open for so many years, many tournaments of such magnitude should happen in India 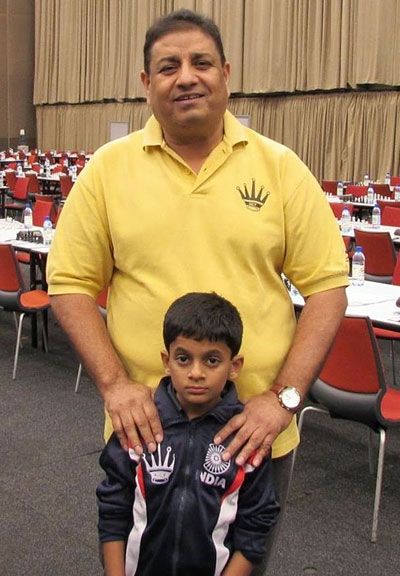 It has to be ensured that phenomenal talents like Nihal Sarin, Praggnanandhaa and others receive support and become the best in the world in the next few years. 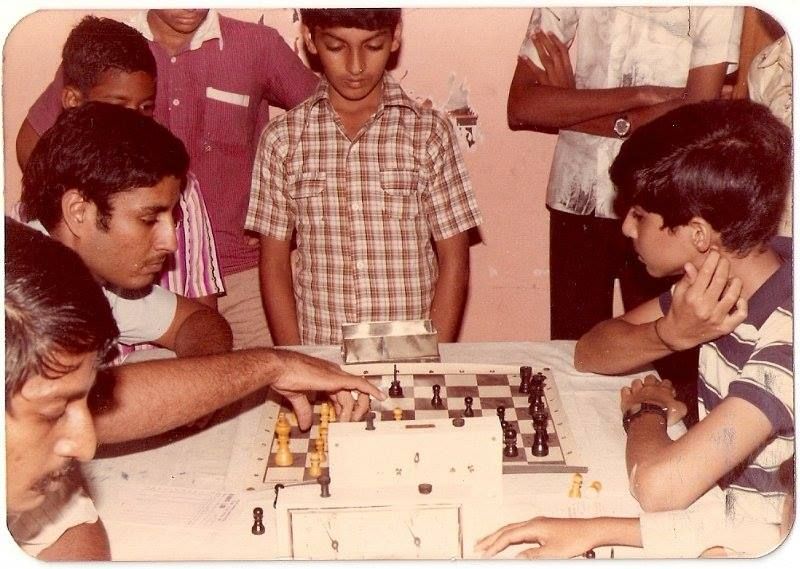 It's not an easy role, being an AICF Secretary. But if there is someone who can do it well, it has to be a chess lover. Yes, that's Bharat Singh Chauhan on the left against Vishy Anand! 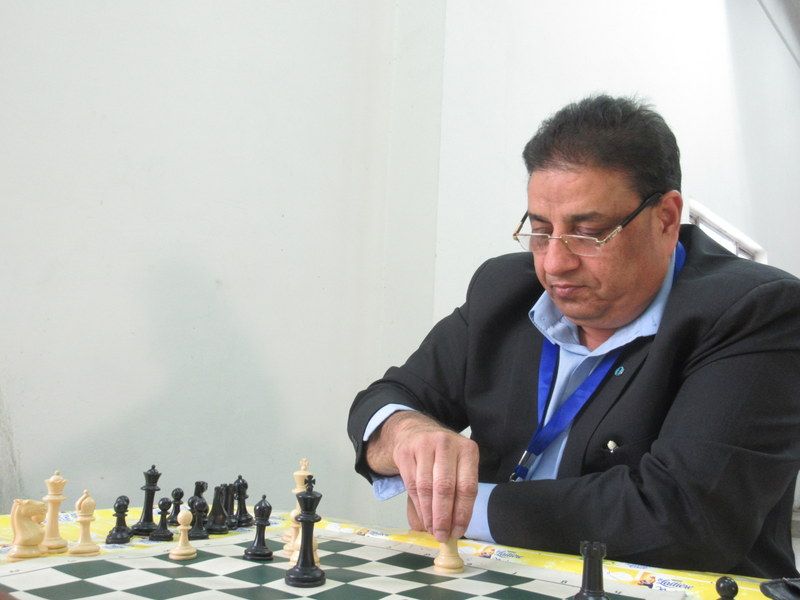 With great power, comes great responsibility. We wish Bharat Singh the best in his new role as the Secretary of the All India Chess Federation. May Indian chess reach new heights under your tenure.

Constitution and bye laws of AICF