After mating Levon Aronian and Anish Giri on day one of the Zurich Rapid, Anand consolidated his lead with two draws against Alexei Shirov and Hikaru Nakamura. He is now on six points and leads one point ahead of Nakamura and Kramnik. The final round will witness Anand taking on Kramnik with the white pieces. It will be a game to look forward to! As of now we have the games from rounds three and four for you.

While day one witnessed Anand mating two of his opponents in back to back games, day two was relatively sedate. In the third round Anand defended a worse position against Alexei Shirov while in the fourth he played a confident draw against Hikaru Nakamura with the black pieces. This is how the standings look after four rounds of Rapid:

Note: A win gets you two points and a draw one.

Kramnik after scoring a win against Anish Giri is now in joint second position with Hikaru Nakamura, one point behind Vishy Anand. 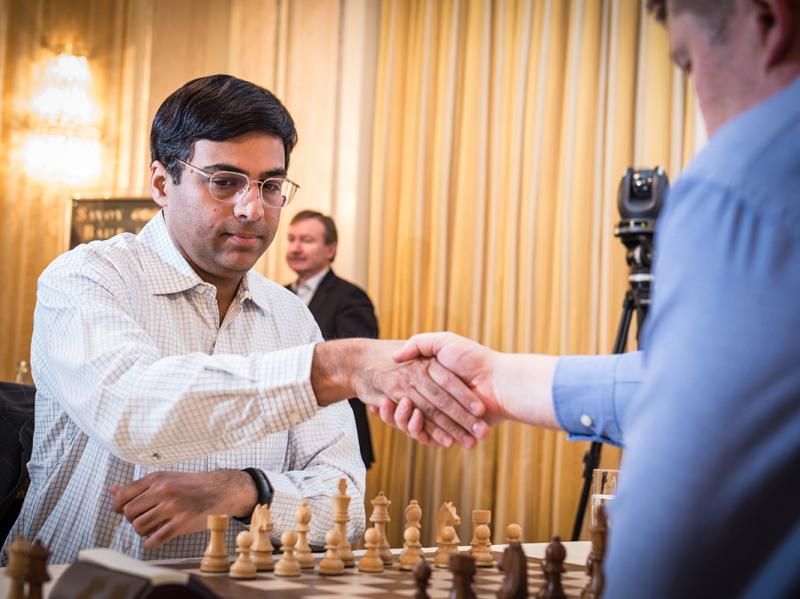 Let's have a look at the game with annotations by GM Alejandro Ramirez: 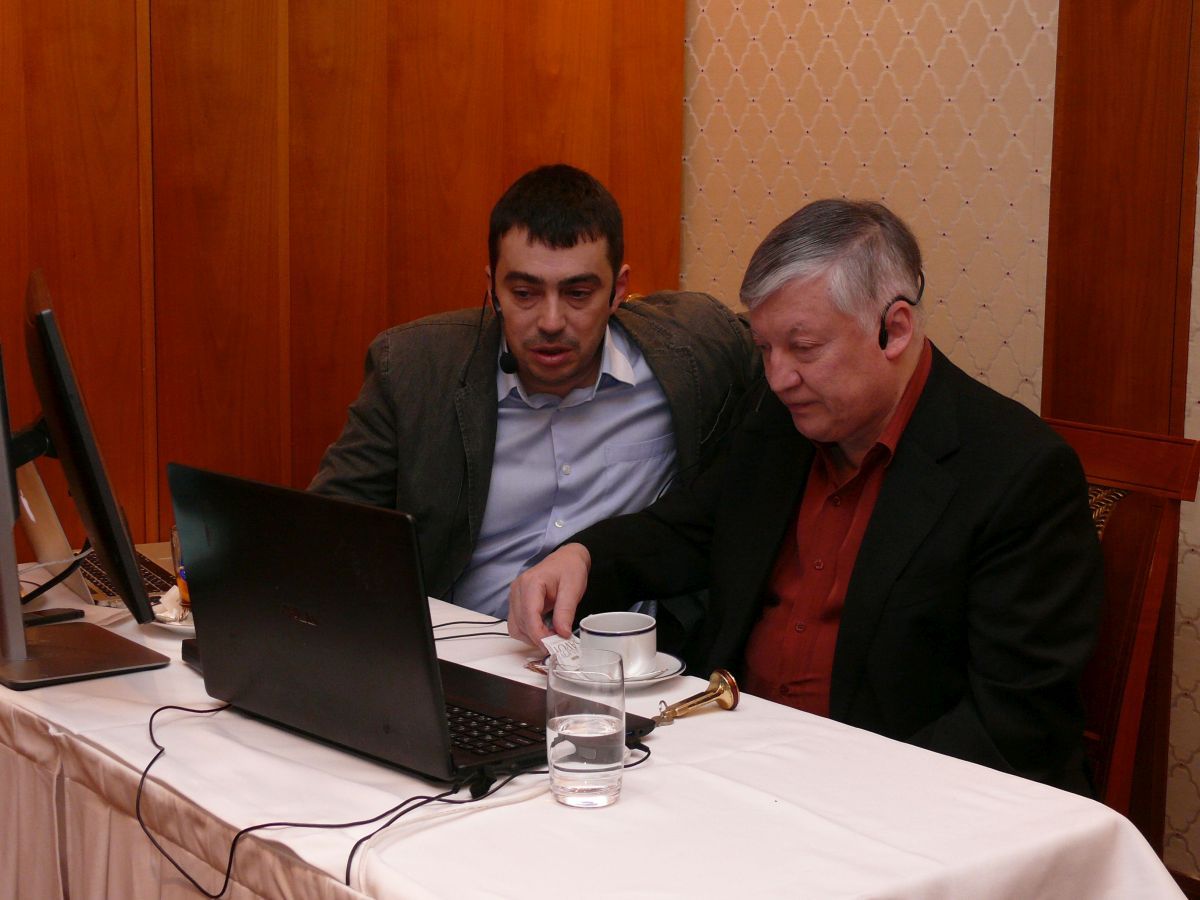 Have a look who's doing the commentary! The legendary ex-World Champion Anatoly Karpov! (Photo by Frederic Friedel)

After the third round draw, Anand's real test came in the form of facing the in form Hikaru Nakamura with the black pieces. The American played an off-beat opening looking to take Vishy off the well trodden paths. But Anand is in great form in Zurich and solved all his opening problems with relative ease. In the end it was Hikaru who had to remain careful and force the draw. 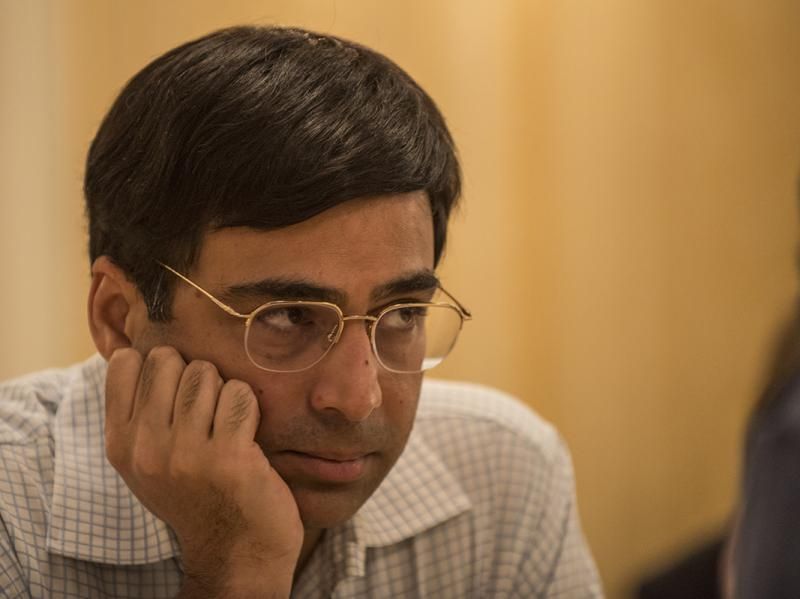 With one round to go Anand is leading and will face Vladimir Kramnik in the final round with the white pieces (photo by David Llada)
The two tailenders Anish Giri and Alexei Shirov will be up against each other and Nakamura will have the black pieces against Aronian.
It promises to be an exciting final round. You can catch all the live action at 19.30 hours on 15th February on the ChessBase India website.