There are days when things go completely wrong, and for Vishy Anand 23rd of March was one such day. Caruana guessed correctly the opening that he would play, had a very interesting novelty prepared and followed it up with some excellent moves. Almost until the last move was made, Fabiano played with utmost accuracy. Anand's stoic face at the press conference said the story. He was beaten even without having a chance to fight. It was a one sided battle. But as is true with every chess game, there is always a lot to be learnt. Analysis by IM Sagar Shah

Round ten article in the popular online news website : Firstpost

Click on the image below to read the entire article 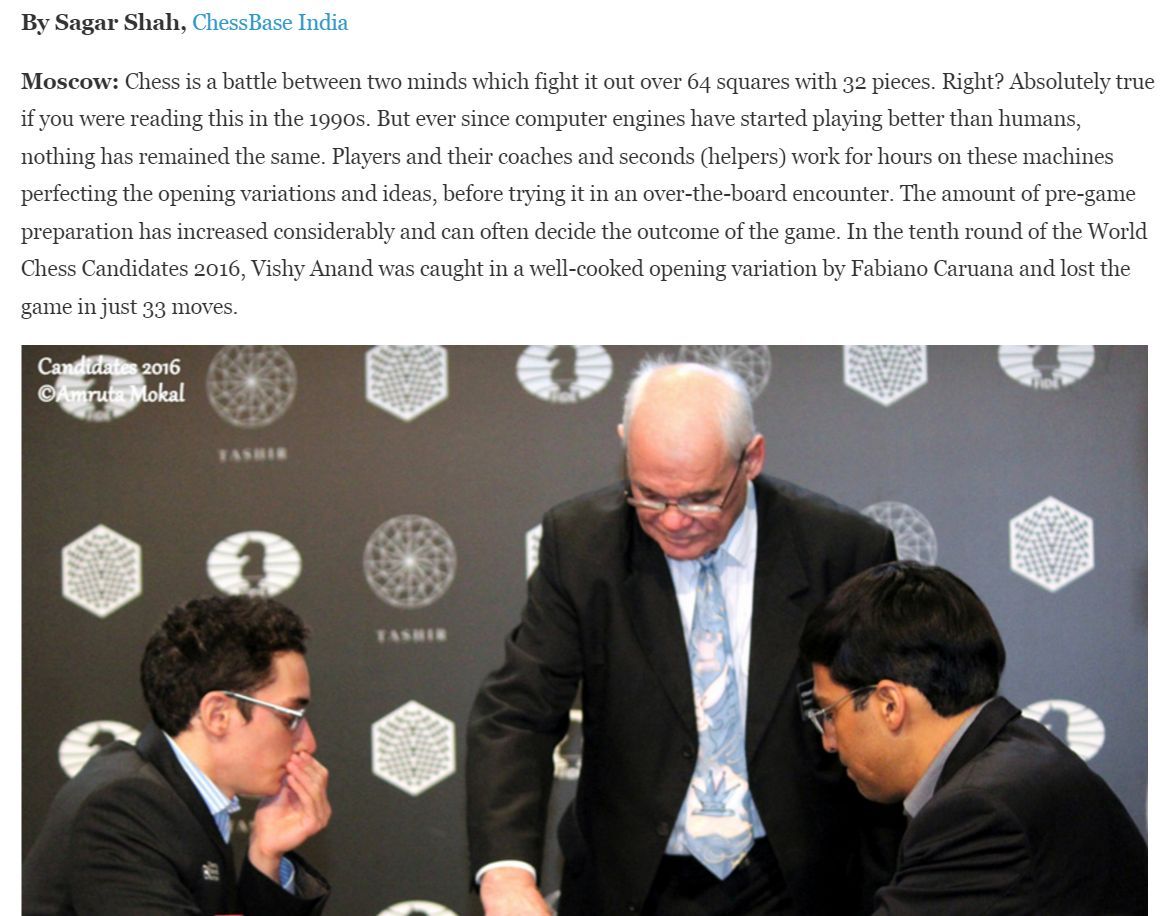