Some dreams do come true!

Aditya Savalkar is a talented chess player from Kolhapur. With his father being a peon at the Shivaji University in Kolhapur and his mother sewing clothes to make ends meet, the family has a hard time to pursue their son's passion for the game of chess. But giving up is not an option. Most recently I2V chess centre in Mumbai came to Aditya's aid as they helped him enroll for the under-11 nationals that took place a fortnight ago in Chattisgarh. The Savalkars' dreams are slowly but surely coming true. Where there is a will there is a way!

For Aditya Savalkar, a junior chess player from Kolhapur with a humble background, pursuing the game of chess is not an easy task. Playing tournaments, professional training and becoming better at the game tends to be very costly. 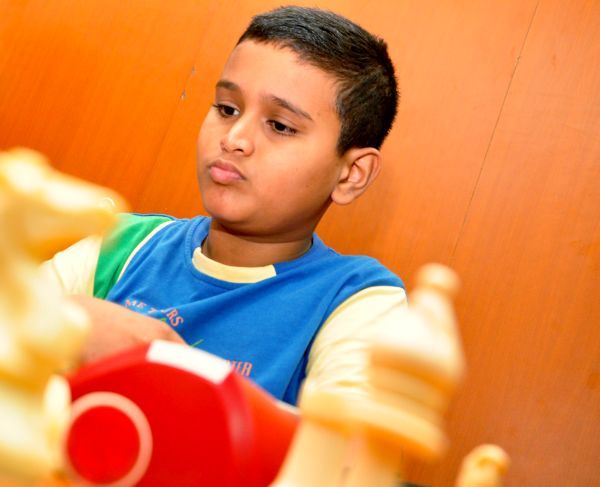 Surrounded by the magical world of chess: Aditya Savalkar from Kolhapur

With a current international rating of 1483 Elo points Aditya has many chess titles to boast. However, the best of Aditya's performances was his impressive sixth position in the 1000 plus participants in the C category of India’s biggest rating chess tournament that concluded recently at New Delhi. It was here that he showed the first signs of a great player in the making, fighting against all odds to achieve his aim.

Even as the cabinet in Aditya's house overflows with trophies and medals there is one trophy which is missing from the colossal collection, the crown jewel of any Indian chess player - a National Championship. For Aditya this is a distant dream as he has never been able to play at a Nationals tournament since he started playing chess due to lack of funds and resources. It has been his dream to sit in the hall of champions since the day he moved his first chess piece. Aditya was inspired by his elder sister Mayuri who also plays competitive chess and has an international rating. They are known as the chess siblings of Kolhapur. 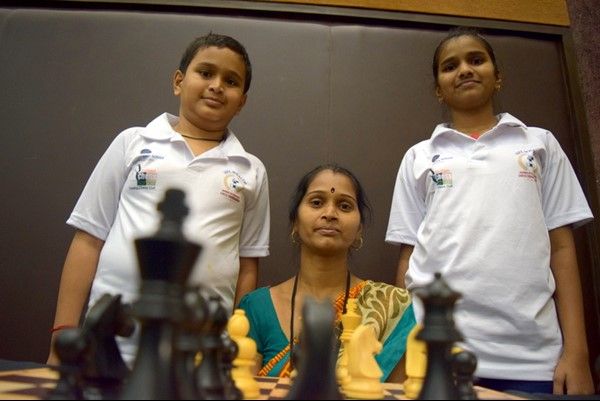 Aditya was initiated to chess by his father at the age of six. Within no time he beat his father. Seeing the spark his parents decided to send him to the chess academy in their town. Since then he has never looked back and developed into an ace player under the mentorship of Dattaray More. Today Aditya is a consistent junior chess player representing Kolhapur in the state and Fide rating chess tournaments. Aditya's father, who is a peon at the Shivaji University, said, “We cannot afford to hire advanced coaches nor do we have any gadgets or chess softwares. We are grateful to Utkarsh Lomte Sir for overseeing his coaching. Everything he is doing today is because of his guidance and support. Aditya loves chess. It's his passion, but participating in tournaments outside our town is a cause of concern for us. The entry fee itself is unaffordable, not counting the travel and accommodation cost."

By being a consistent and promising chess performer for his district Aditya has won the adulation of one and all especially the local corporator who gifted him with a laptop last month. Needless to say Aditya's happiness knew no bounds, “ This would help me to develop my game further using the latest technology and distant online training. I have been waiting to have of these for me", expressed Aditya, who idolizes none other than India’s chess luminary, Vishy Anand. 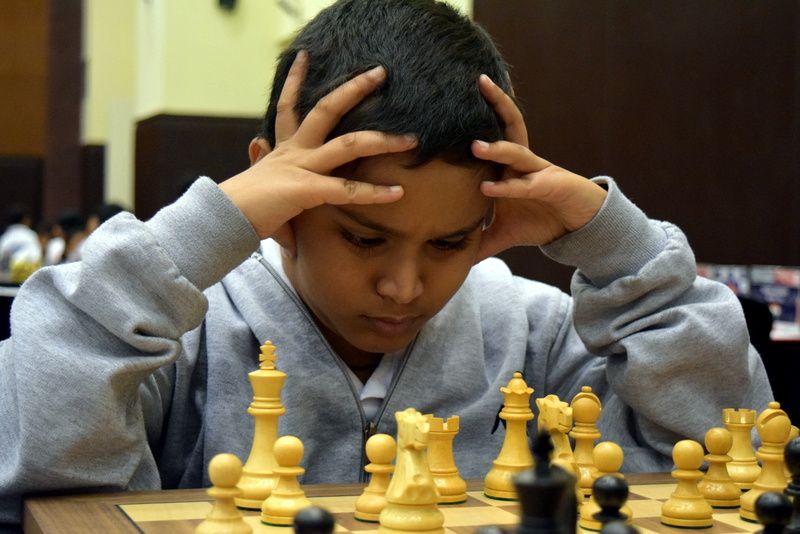 Intense concentration is the secret to becoming a strong player

This season, while the Junior chess fraternity geared up for the most competitive and privileged competition in the country, under -11 nationals, at Chhattisgrah, Aditya had his own fairytale come true. Witnessing his talent, passion and determination for chess, I2V chess centre granted him aid to participate in the tournament. 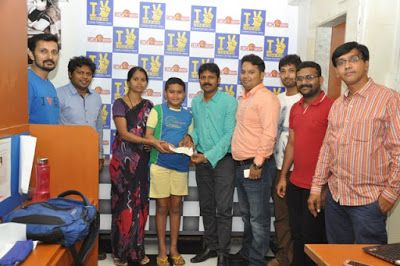 I2V chess center is situated at Mumbai’s commercial hub Nariman point. It is instituted by the 20-year-old Mumbai based chess academy, South Mumbai Chess Academy (SMCA). It is meant to aid students like Aditya, not only by bringing to their doors the best world class professional training but also providing aid to enter prestigious tournaments which they cannot afford. 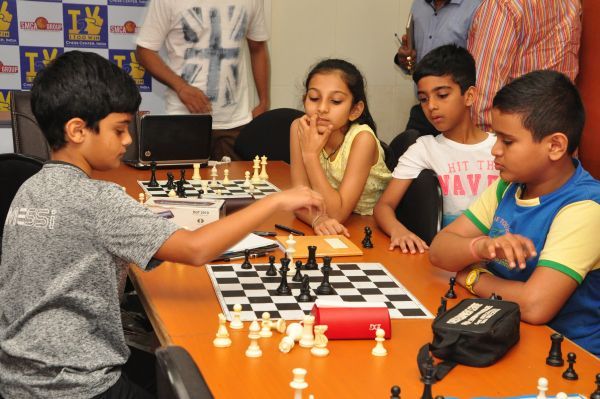 Aditya practicing with his friends at the I2V chess centre

"Today is like a festival for my family. There is happiness and celebration all around. You hear of such things but you never think they can happen to you. I have seen my son's love for chess and today is the best day of his life. We wish to thank I2V for giving him this chance", were the grateful and ecstatic words of Anjali, Aditya's mother.

His coach Utkarsh Lomte said that despite having limitless potential and unrelenting determination and hard-work, it's difficult for players not from big cities to get proper training with limited resources. This deprives them of essential experience and training.

For Aditya his dream has come true. He sits today for his game proudly wearing the jersey of the state he represents and the hopes he holds ready to prove his worth and take his first step as a champion. 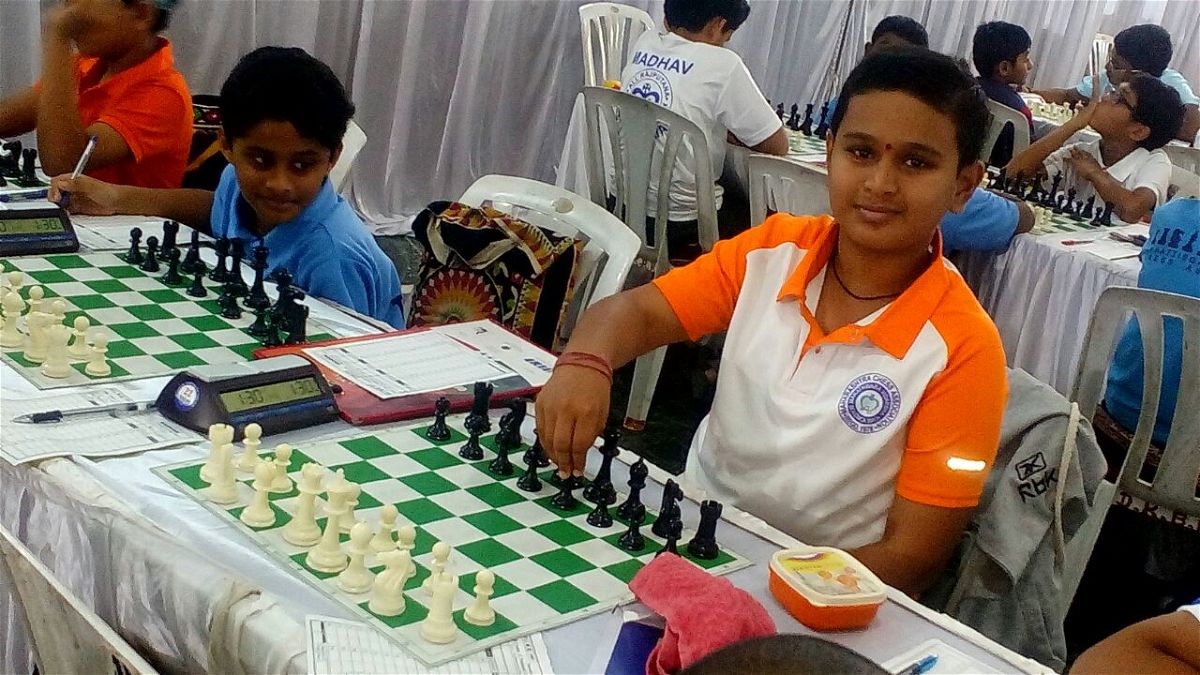 Durga Nagesh Guttula is a special sports correspondent at the Press Club, Mumbai. He is also a freelance sports writer. He is the CEO and director of the South Mumbai Chess Academy (SMCA). He is also the Jt.Secretary Mumbai City District Chess Association(MCDCA). He is an International FIDE rated chess player and has written many articles for ChessBase in the past.