On the second day of the World Rapid and Blitz Championship, the tiger from Madras, Vishy Anand roared loud. Winning two and drawing the rest of his games, Anand has retained his joint second spot in the tournament and is only half a point behind the tournament leader, Vladimir Fedoseev. The biggest highlight of the day for team India was Anand's win against his archrival, Magnus Carlsen. And guess what, he did that with the black pieces! In the women's group, Harika is currently in the joint third place, despite losing her first game of the event to Aleksandra Goryachkina. Day 2 report.

After the second day at the world rapid championship came to a close, one of the overnight leaders, Baadur Jobava saw himself way down the leaderboard at the 40th spot. At the conclusion of the scheduled five rounds, Jobava had lost four games and won one. His co-leader Vladimir Fedoseev, however, continued his dream run winning two and drawing three of his five games for the day and retained his top spot. 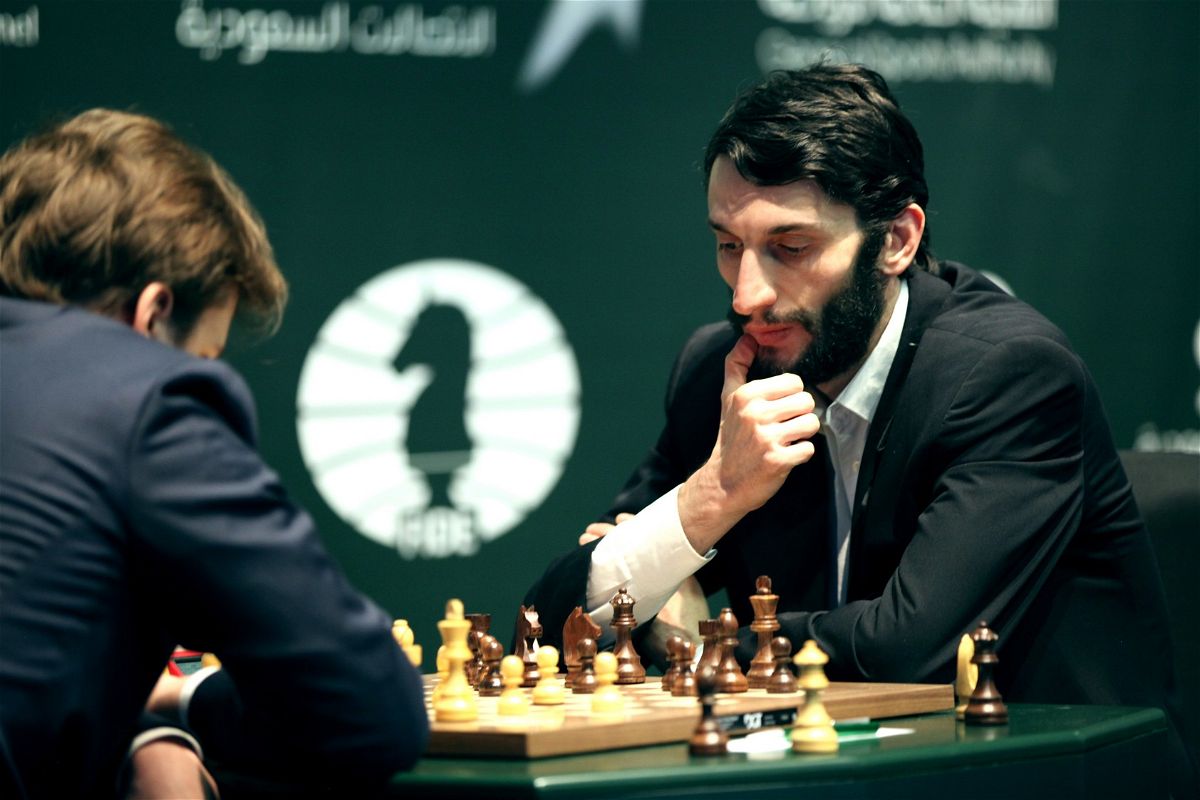 The second day turned out to be a disastrous one for GM Baadur Jobava | Photo: Official website

Players tied for the shared second spot were chopped to a third from nine to three. While Viswanathan Anand and Peter Svidler were the ones to retain their position, Chinese GM Wang Hao climbed up the ladder from joint third to joint second scoring 4.0/5 on day two.

For Anand, this is turning out to be a perfect comeback event after his dismal performance at the London Chess Classic where he finished at the bottom-most spot, earlier this month. In Riyadh, the former five-time world champion has not only remained undefeated in his first ten games but has also won a game against his archrival GM Magnus Carlsen in round 9. 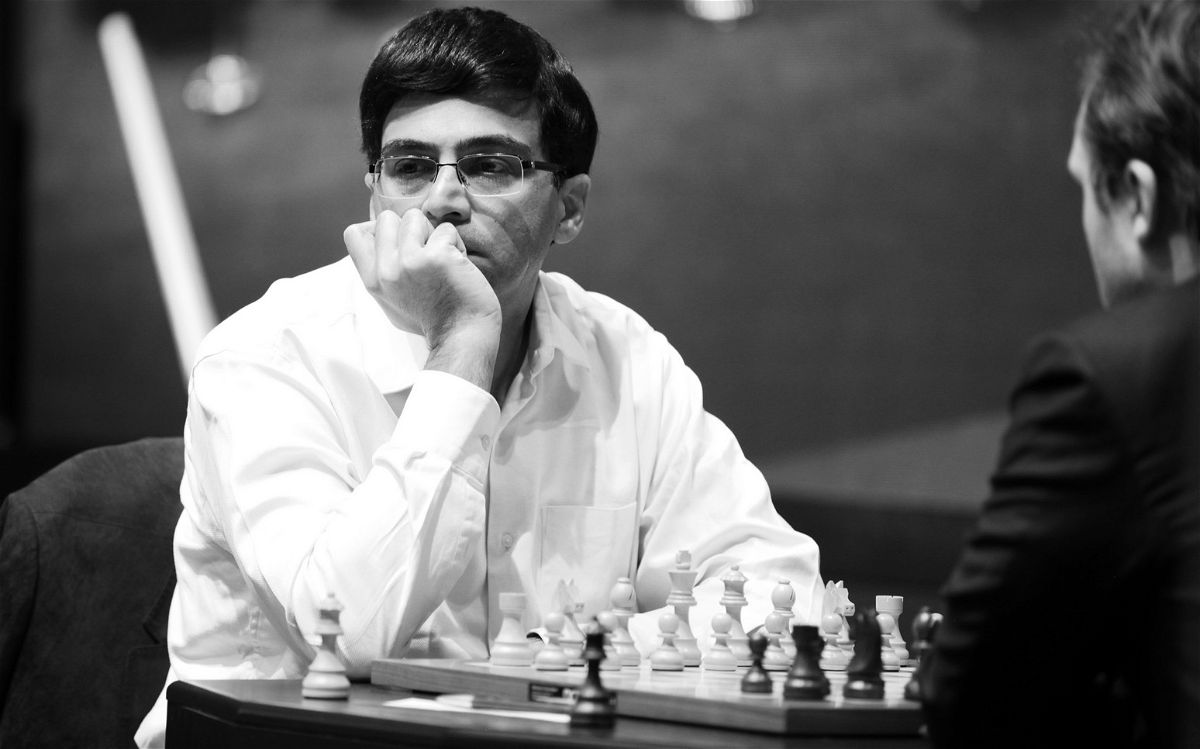 From the black side of a Nimzo-Indian Defence, Anand managed to provoke weaknesses around the white king making some crafty manoeuvres with his knight. But Carlsen had good compensation as his pieces too were decently active. Opining on the game, IM Sagar Shah said what he liked about the game was that Anand maintained positional balance with some very tricky moves. And usually, it is Anand who blunders in most positions (between Anand and Carlsen), but this time it was Carlsen.

After a tactical sequence that began on move 28, both Anand and Carlsen felt that the position was a draw. “Magnus played 33.Nc5 thinking I would just force a draw. And that was my reaction as well,” Anand said. “For some reason, I decided to keep checking and see if something happened. And after two minutes, maybe, of thinking, I realized that bishop f3 check is working. By this time he had seen it also. So all he had to do was resign,” Anand added.

The finish of Anand’s first win of the day was also quite a spectacular one. Curiously, this win also came with the black pieces. So, Anand drew all his games with white and won all of his black games. 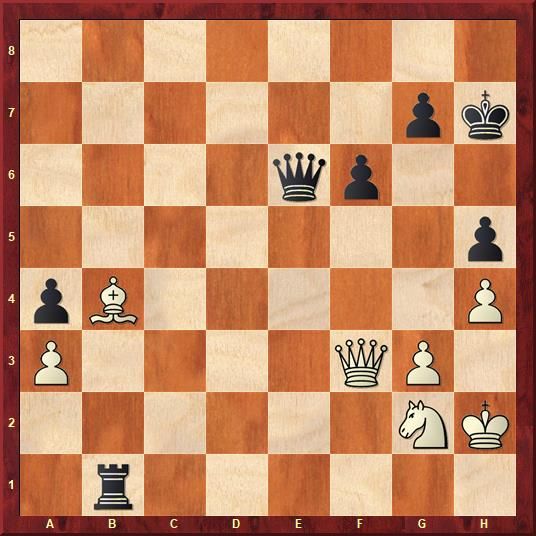 Playing against the English GM Luke McShane in round 7, Anand had a fairly balanced position when the latter blundered and allowed a spectacular two move checkmate. Anand said after the game that McShane saw the mate immediately after he touched his queen on the 51st move but, unfortunately, the queen could not stop the mate from any of the squares she could move to. In the final position, Anand only had a rook against white’s queen bishop and knight. But that lone rook was the one which delivered checkmate. Usually, a strong GM as McShane would resign knowing that the mate is unavertable but the Briton sportingly allowed himself to be checkmated keeping in mind the position’s aesthetic beauty.

In the final round, Anand went for a quick draw against Wang Hao. Within about 10 minutes post the start of the round, the two shook hands and called it a day. Given that Hao is one of the contenders for the title, Anand should have chosen to fight, especially since he had the white pieces. But Anand explained later that he was too tired and there wasn’t much in the position to play for as the two had played a very theoretical line.

Another upset by Adhiban!

Another notable game of the day was the one between Adhiban Baskaran and the defending world rapid champion, Vassily Ivanchuk. With the white pieces, Adhiban went for the Vienna Opening, an unorthodox line that he had deployed at the Tata Steel Masters at the start of the year, his first elite event where he finished third. Ivanchuk reacted well and the position was equal well into the middle game. But at around move 25, Ivanchuk began making some inaccuracies which gave Adhiban the winning position. The Indian youngster almost ruined his chances and almost ended up in an equal position. 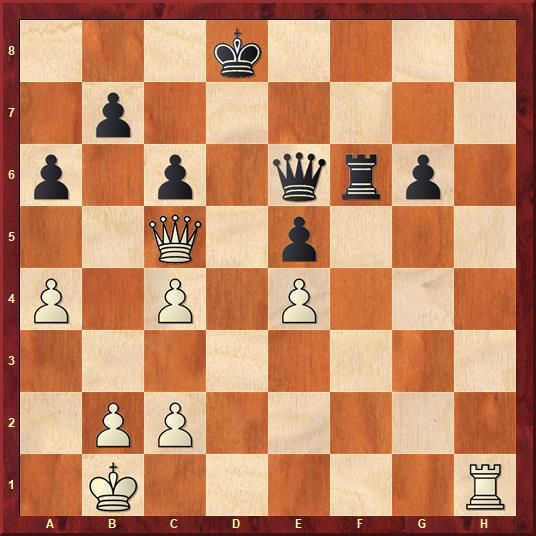 Adhiban played 34.Rh8+ here and ruined his advantage. Can you spot the win for white?

Fortunately for Adhiban, Chucky returned the favour with 37...Ke6 and found his king in a mating net. 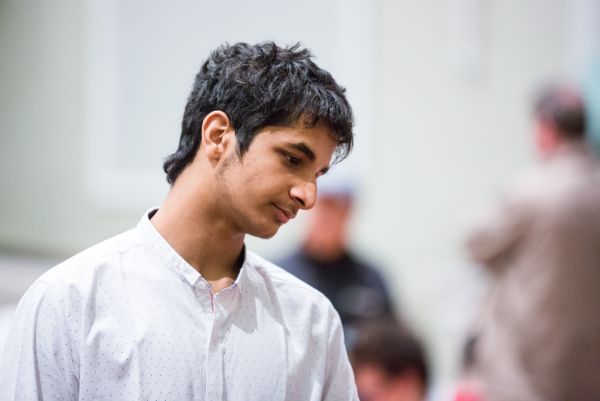 The other youngster in the fray, Vidit Gujrathi had a bad day at the office on Wednesday as he was unable to win a single game. On day two, Gujrathi began with a loss and drew all the rest of his games, slipping down to the 68th spot on the leaderboard.

In the Women's section

In the women’s group, both Harika Dronavalli and Vijayalakshmi Subbaraman lost a game to a Russian in the eighth round. While Harika lost to Aleksandra Goryachkina, Vijayalakshmi lost to IM Anastasia Bodnaruk. But despite losing a game, both players have been doing well overall. In fact, Subbaraman more than compensated for her loss in round 8 by defeating former world champion, GM Antoaneta Stefanova. 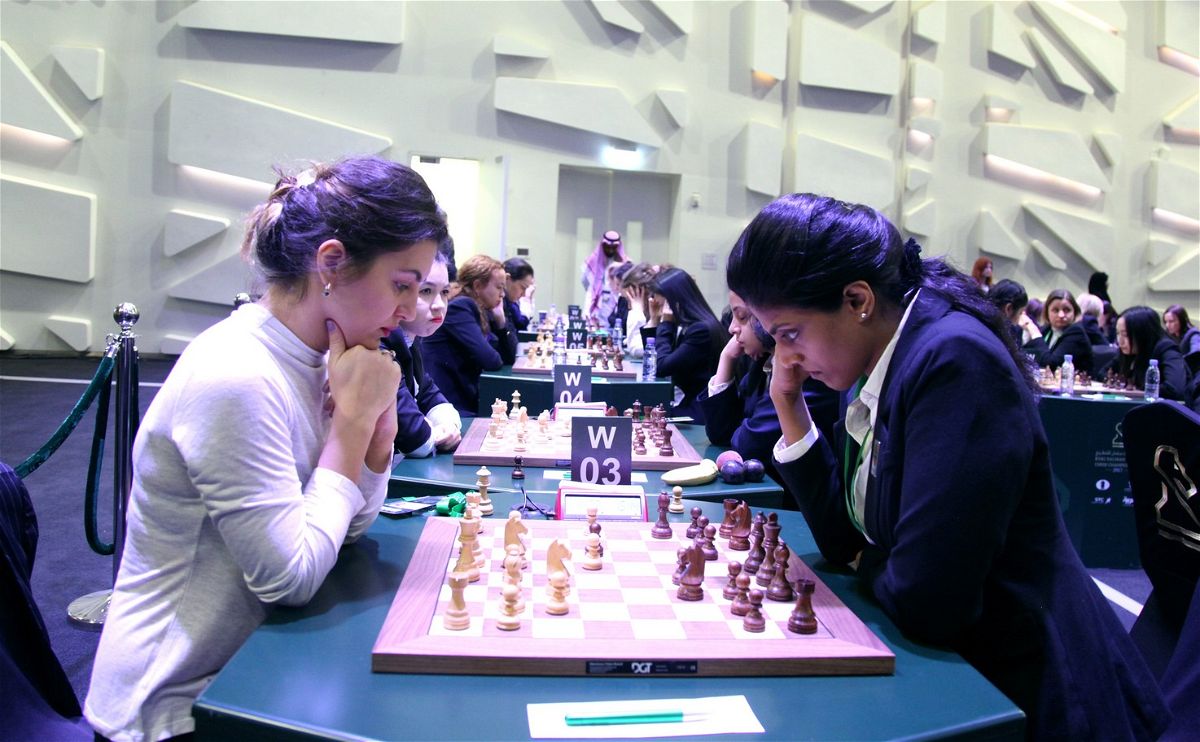 Harika in her round 6 game against Bela Khotenashvili | Photo: Official website

Harika has scored 7.0/9 and is in the joint third place on the leaderboard. Subbaraman, on the other hand, is a point behind and has scored 6.0/9. If Harika could pull off a few more wins on the final day, she might have a shot at the title.

In the men’s group, Anand is clearly one of the favourites for winning the title prize. He is currently, half a point behind the leader, Vladimir Fedoseev but given his tremendous form so far, he seems to be in the right rhythm to make it happen. Also, winning this event would be a nice way for Anand to end the year after his disappointing show at the London Chess Classic, earlier this month.

Standings after round 10 (Open)

Standings after round 10 (Women)