In 2017 a match was held in USA between the stars of USA and the World. The world team consisted of some of the best players from the world, who got excellent coverage and became well known personalities in chess circles. A few of them were Haik Martirosyan from Armenia, Andrey Esipenko and Aleksey Sarana from Russia, Anton Smirnov from Australia, Pragg and Aryan Chopra from India, and a few more. Of course these are extremely talented players, there is no doubt about it. But there are many in the world who are equally good, but haven't received the same amount of exposure or coverage. One such boy is Karthik Venkatraman, the latest GM of India and based on his sheer playing skills managed to outplay Haik Martirosyan, who was rated 2597.

Performance of Indians at the World Juniors 2018 after five rounds:

Five rounds have been completed at the World Juniors 2018 and it is extremely heartening to see no Indian player was below 50% score going into the rest day. Karthi Venkatraman, Aravindh Chithambaram and Harsha Bharathakoti lead the team with 4.0/5. They are followed by Karthikeyan Murali, S.L. Narayanan, Abhimanyu Puranik and Harshit Raja who are on 3.5/5. In the girls section M. Mahalakshmi had a great chance to move to 4.0/5, but drew a winning game and is currently on 3.5/5. Two girls who are doing extremely well are Isha Sharma and Meenal Gupta, both are gaining 40 and 56 Elo points respectively. Ivana Maria Furtada has also played against some strong players and has held her fort with 3.0/5. 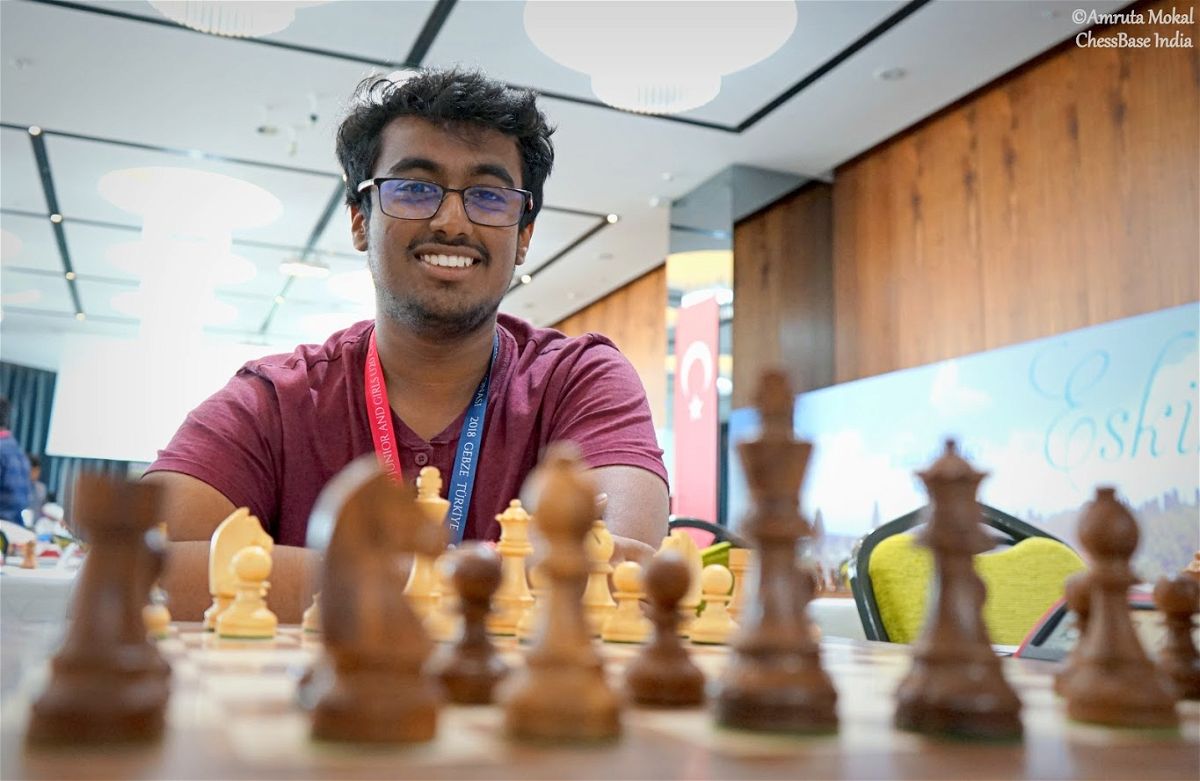 Karthik Venkatraman became a GM recently when he achieved his final GM norm in August 2018. At the World Junior Championships 2018 he played with the white pieces in the fifth round against the talented Armenian opponent Haik Martirosyan (2593). The Indian GM played quickly and with strong moves simply outplayed the Armenian. We discuss this game in this video. We also ask Karthik about the people who have helped him to become a GM, his coaches, friends and well wishers. An important point that Karthik shares in the video is: he tries to be different from other people. In the sense that everyone says that endgame is extremely important, but Karthik doesn't like endgames very much and finds them boring.He found his own path to improvement without studying endgames deeply and became a GM. That being said, he now understands the importance of sound knowledge on endgames and is working on the same. A lot to learn from India's 55th GM - Karthik Venkatraman.

The key match up of round five was between Harsha Bharathakoti and Parham Maghsoodloo. Harsha fought really well and at some point even held the advantage. But towards the end he made one final error and was checkmated. 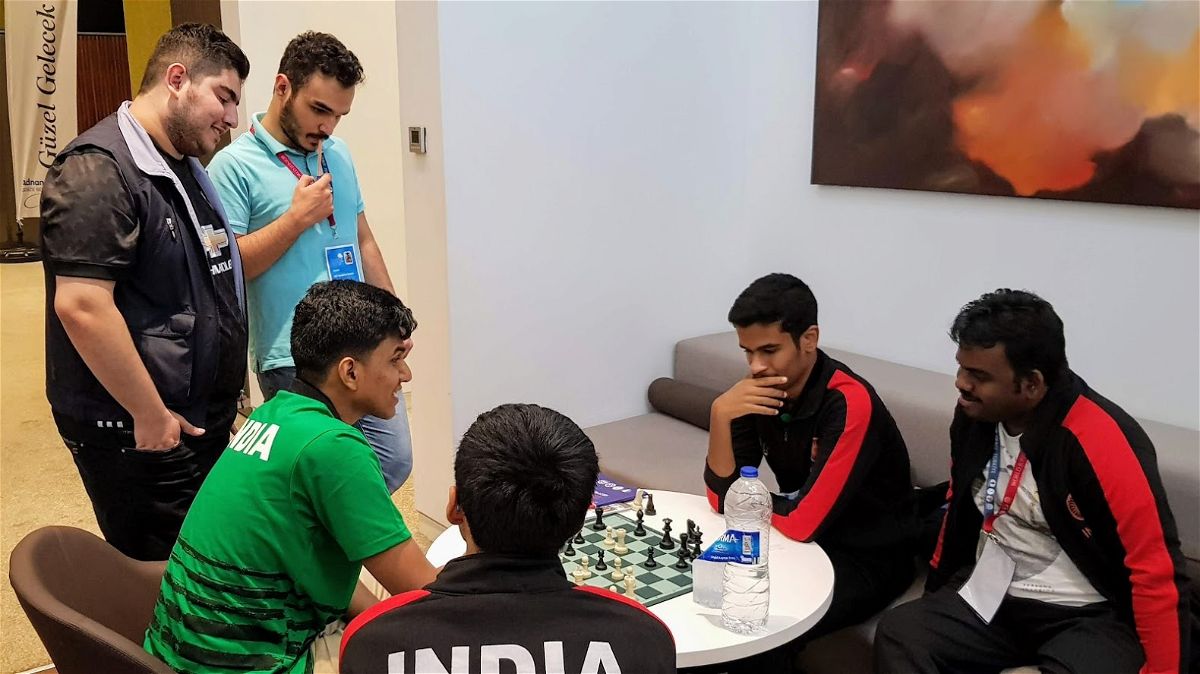 A scene to behold. Even after losing the game, Harsha and the Indian players analyze the game with Iranian Maghsoodloo and Tabatabaei
I just defend very well, says Parham Maghsoodloo!

Aravindh Chithambaram won a nice game when he prepared a sharp line against opponent's slightly inferior setup. He brought home the full point. 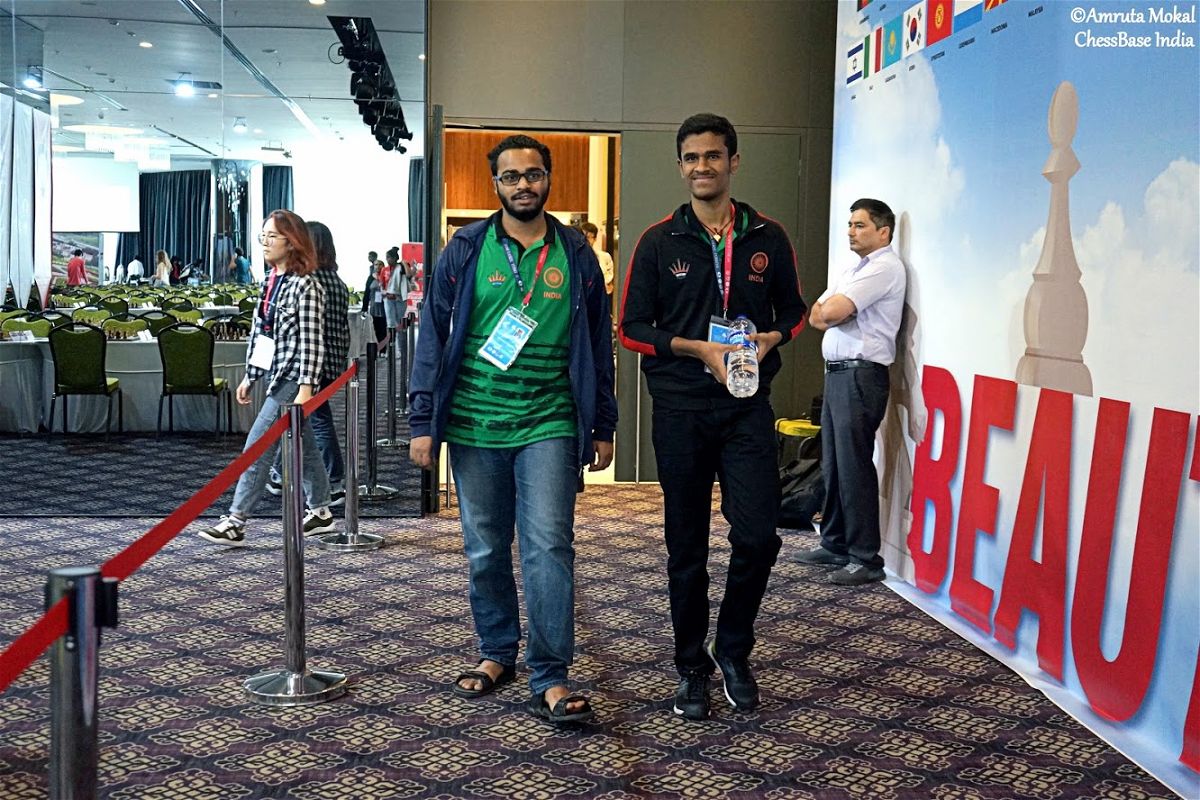 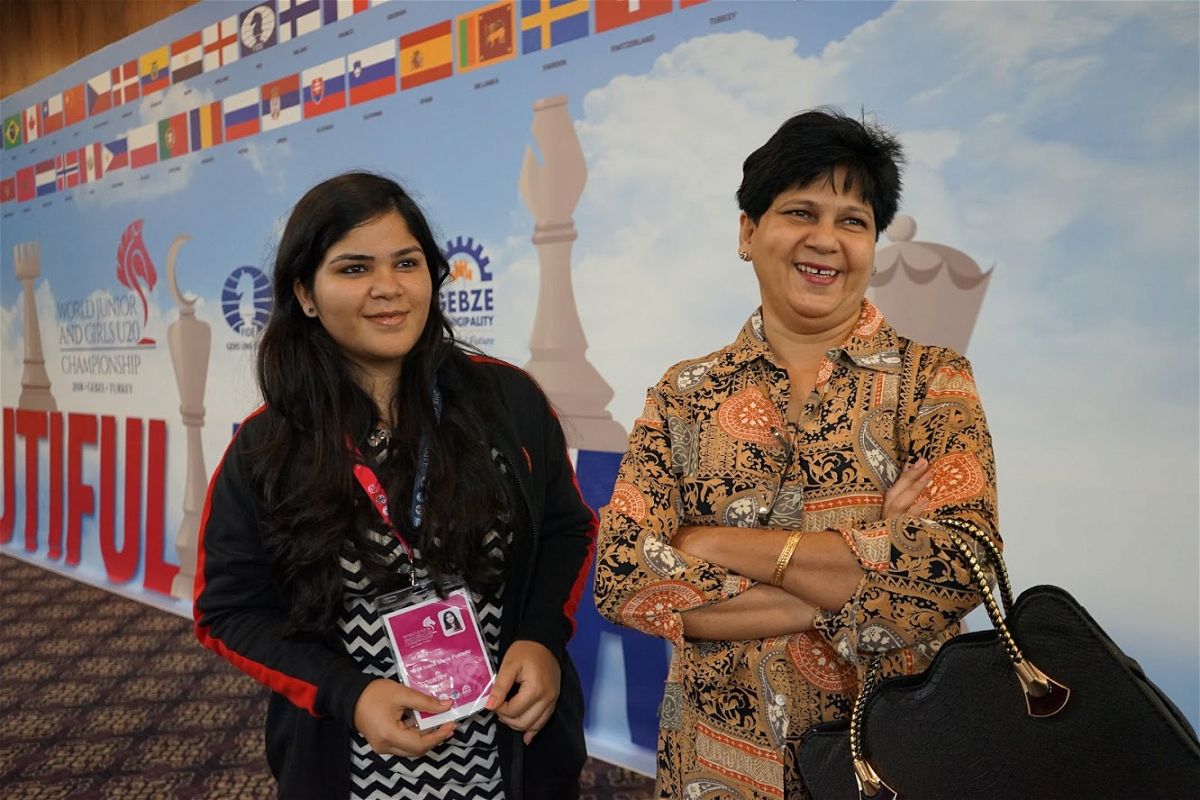 Ivana Maria Furtada is studying civil engineering and doesn't devote much time to chess, yet 3.0/5 with a gain of 16 Elo points is quite impressive 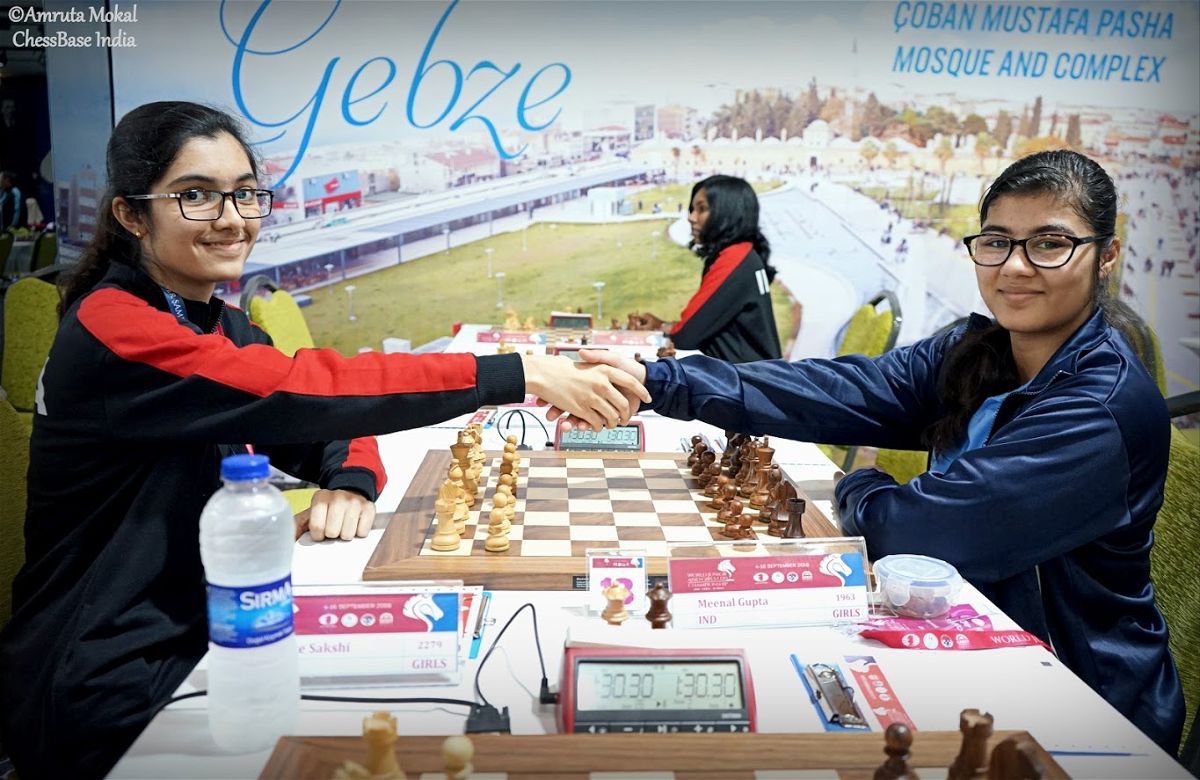 One of the finest performers for India in the girls section has been Meenal Gupta (right) who is on 3.0/5. She drew her game against WIM Sakshi Chitlange (left). 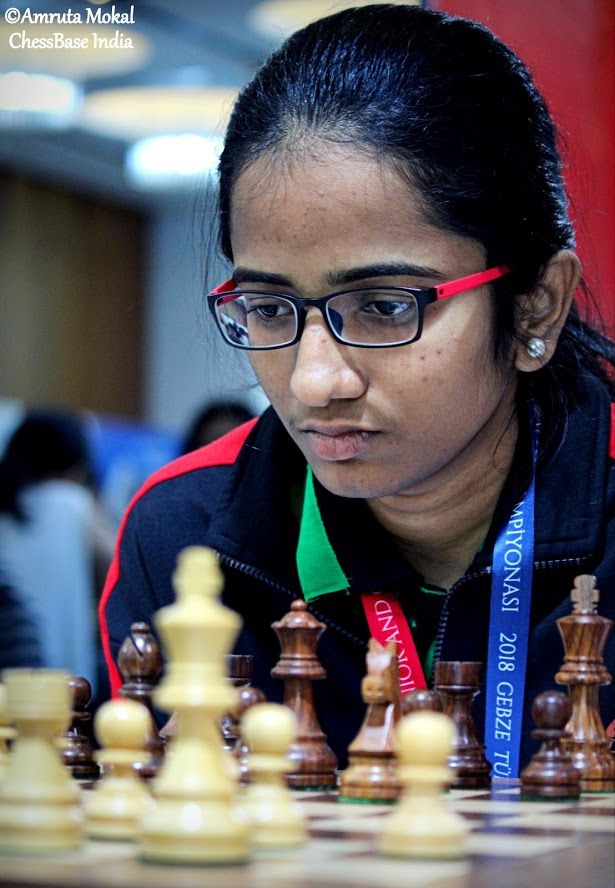 M. Mahalakshmi has scored 3.5/5 and is playing well, but she missed out on the full point against Akshita Gorti 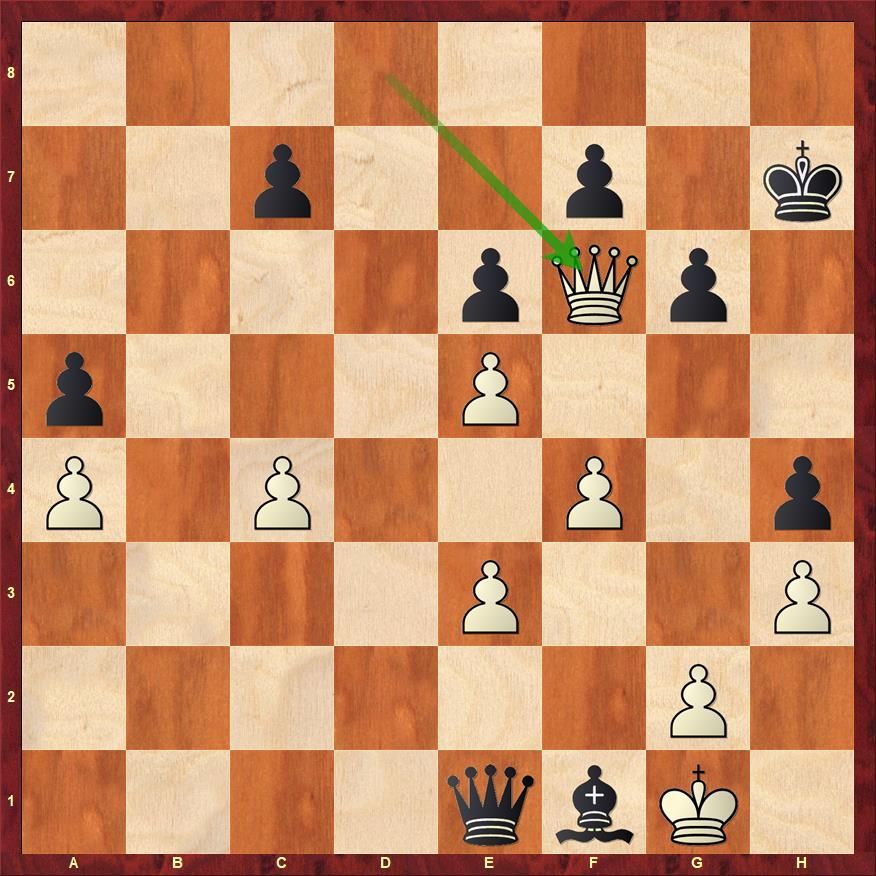 Mahalakshmi, who is black here, is a piece up. How should she win this game?

There is only one move that wins for Black and unfortunately Mahalakshmi wasn't able to find it. 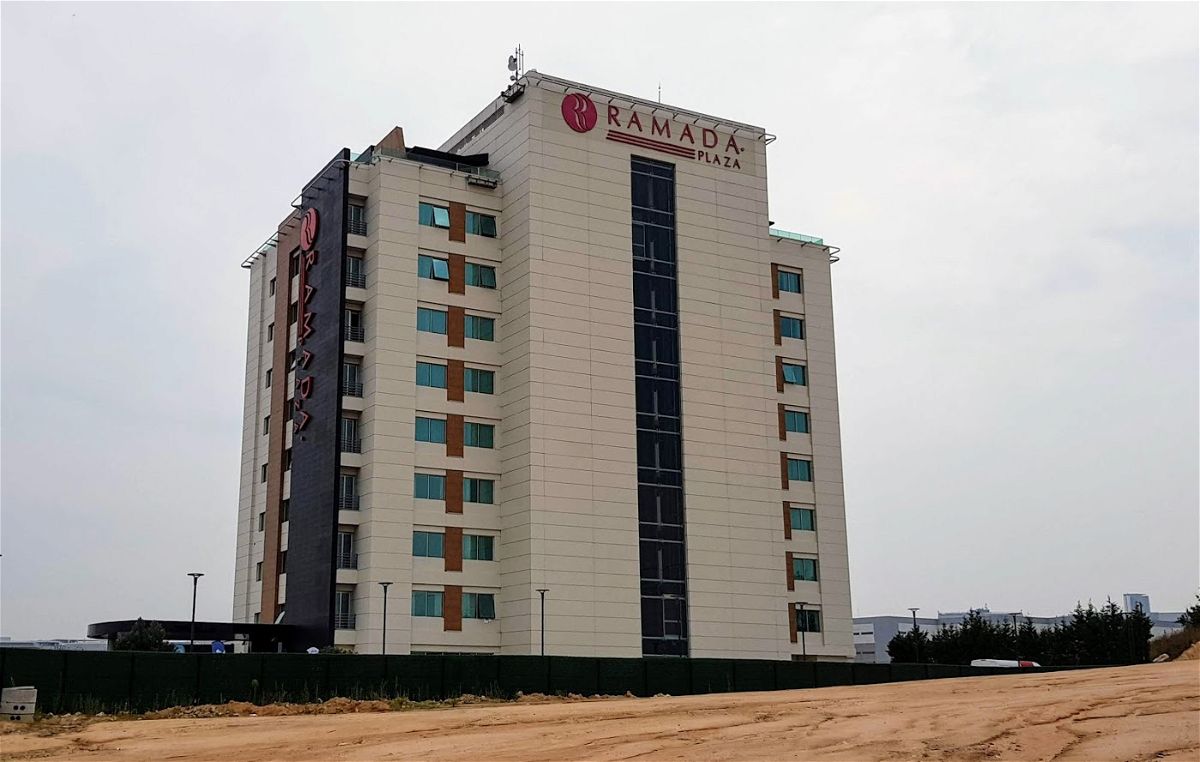 The Ramada Hotel where the tournament is taking place

S.L. Narayanan shows his fifth round win
Harshit Raja shows his win in the fifth round and also speaks about his rest day plans! Unfortunately no football with Magnus Carlsen!
Related news: