Play it wicked with the Veresov

From Tartakover in the early 20th century to Morozevich and Nakamura today, all have enjoyed sidestepping the well-trodden paths of the Queen's Gambit and the umpteen Indians and venturing into the waters of the wicked Veresov Attack every now and then. On some occasions, it was used for quick draws; on some others, for a full-blooded fight. Nevertheless, it has always been a great surprise weapon. When Davide Nastasio felt the need to add the Veresov to his arsenal, he couldn't think of a better way to learn it than from IM Andrew Martin's DVD on the opening. In this review, he shares his impressions. 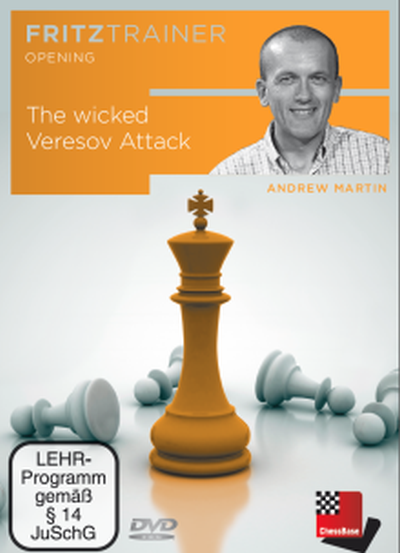 I would like to tell a funny anecdote about something happened today. I wanted to know more about the Veresov. I knew Andrew Martin is a very pragmatic teacher, he really provides a broad base of basic knowledge, and then if one wants to deepen further there are more theoretical works available as well, including the heavy stuff we generally use to keep books from falling off our bookshelves. Today when I got this title I just had the time to download and install it. But unfortunately, on a Tuesday, life, work, and family are quite hectic. So at some point in the day when I had a few minutes off, during my lunch break while reading a blog for which I write from time to time, I saw a game played by a very young US expert (someone who is less than 10 years old, and already rated over 2000!) and he used this opening! The young kid lost in the endgame due to time trouble, but the position was equal. He was playing against a veteran master player, showing that the opening is quite good if one can draw easily against someone 300 points stronger.

I do have a repertoire with 1.d4, but I play in a limited geographical area, three different nearby states in the US. So, other players do pay attention to how I open and prepare. Hence, there is the need for something which is solid, and not dangerous by those playing with Black. But something which can be aggressive if taken lightly and not studied.

What I like about Andrew Martin is his dynamic style of presenting games. He doesn't take one hour to show you a game. Like a sketch artist, in less than 10 minutes, he is able to show all the important points of a game one must know. Then, of course, it will be up to the individual to do the rest of the homework.

In the introductory video, Martin shows a game by GM Alburt saying he is one of the experts in this opening. But when I searched Megabase 2017, I found less than 20 games played by Alburt with the Veresov.

Generally to learn an opening, one must find a hero – player who adopts it consistently. The database which comes with the DVD has 50 essential games, in these games the only name which stands out is Nakamura. 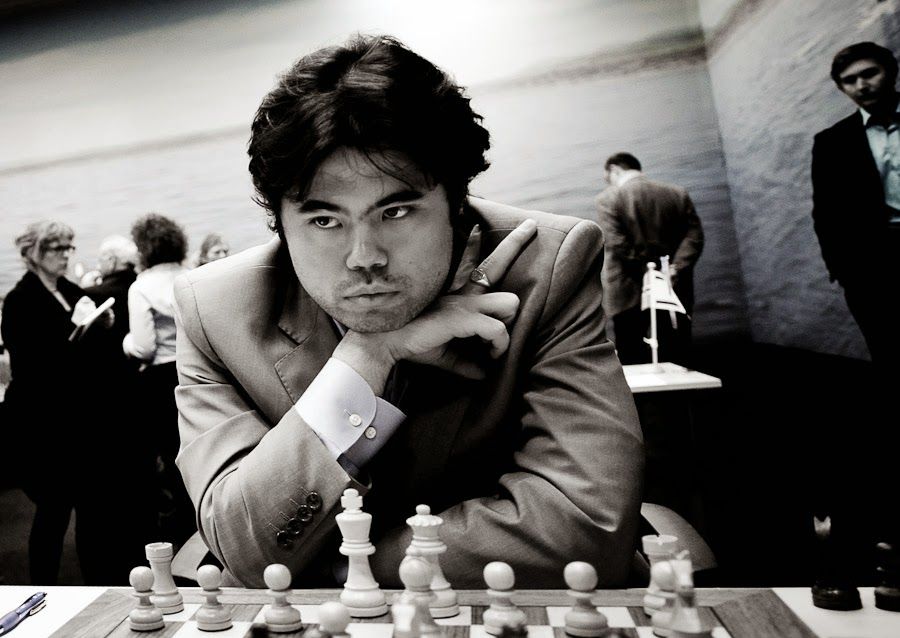 But also for Nakamura, the number of games he played with this opening can be counted on the fingers of two hands.

I was a little annoyed by not finding a hero for the opening. Once again I opened the universal answer to my chess problems, also known as Megabase 2017, and just set the filter to D01 (the ECO code which defines this opening) and in the blink of an eye, more than 16000 games were found, from classical times through today. By the way, if you’d like to know how I discovered D01 was the ECO code for this opening, I must tell you that the DVD comes with a database of 50 essential games. 46 out of those 50 games had D01 as their code.

I began to see the classical players using this opening, because before watching Martin's skilled and extremely good opening videos. I wanted to form an idea for myself. 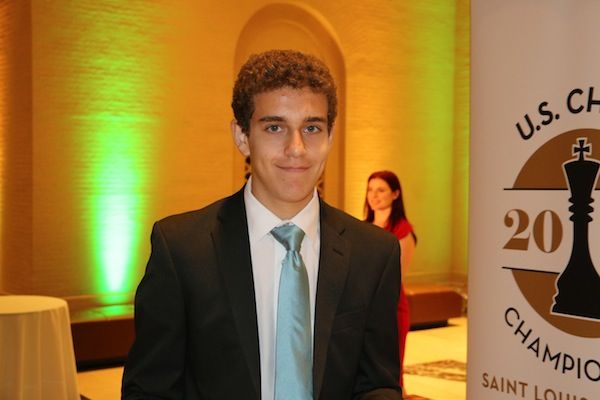 This valuable advice was given to me by GM Naroditsky

Once I was following a lecture by GM Naroditsky. He said that one should watch 50-100 games on the opening he wants to play. In this way, one gets a feeling and understands if that opening is really for him. And so, I did it. I watched the games played by Reti, Tartakower, Alekhine, Bogoljubov, etc. Tartakower was a champion for this opening. Sometimes he used it for short draws, and some games were fought hard like the following. 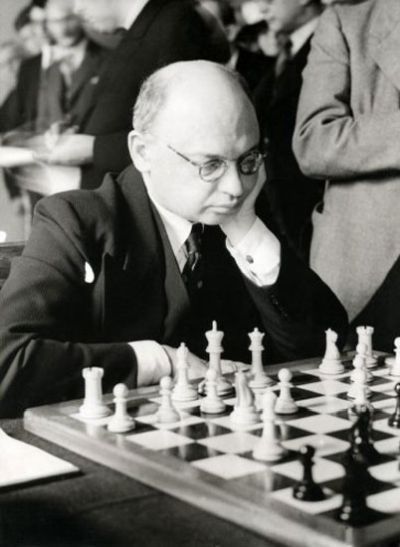 The next game, also by Tartakower, shows how the old master continued to use this opening till the end of his chess life.

In reality, the opening should be called Richter-Veresov in honor of the two masters who played it often and added most theoretical novelties. I watched many of the games played by these two masters. The following by Veresov is quite interesting. 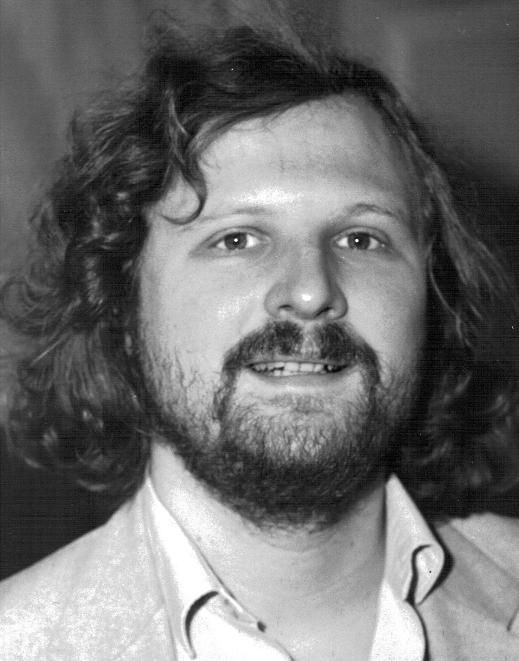 Instead in more modern times, a GM who championed the Veresov, is GM Anthony Miles, a highly creative player, who is worth to study and learn from his games.

Perhaps, the first player to use the Veresov, in a kind of hybrid form (sometimes the opening is called Levitsky attack), was Stepan Levitsky, a contemporary of Chigorin, who was the Russian champion in 1911. For those who have the passion and time, please look up for his games. It is an interesting way to learn about the genesis of an opening.

Let's review the DVD. I like Andrew Martin because he is quite clear when he speaks. Like a soccer commentator, he inspires passion for the game and clearly explains what's going on. He focuses on the critical moments of each game and identifies them for us. He has a system for teaching the opening: he begins with a couple of games for inspiration that show how exciting this opening can be, and then he also shows the dark side, when one makes mistakes and loses using the opening.

I felt the absolute key to this opening is related to when one should play some pawn levers. And Martin does an exceptional job in explaining when and how.  But he also conveys important ideas. For example, in the following position, Martin was explaining why the middlegame was better for White. But he also added an idea for the endgame, since there is a clear target. 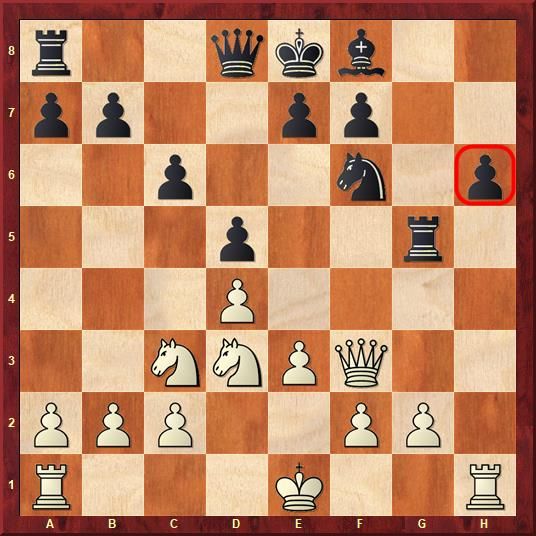 No prizes for guessing what's the weak link in black's position!

Now, these common moves, highlighted by Martin, are important because when we watch other games with the Veresov, we will spot them and understand the reasons behind right away.Of course, Martin highlights also the important tactical moments in a game. The following game was played between Bellin vs Prins. 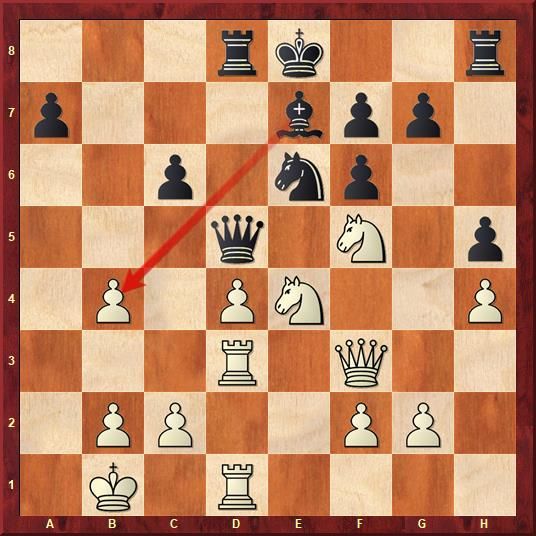 Can you see why Black cannot take the pawn on b4 with the Be7?

This DVD is huge. There are 36 videos of commented games I love that because they are easier to remember. Besides, there is one video on theory, and a final conclusive video is also included.

The 36 videos are followed by 8 videos of test positions; plus 50 essential games one should know in order to play the opening. The videos are quite short, often just 5-7 or 10 minutes long. This helps keep the attention high and the learning student-focused! When a video is 30 minutes or longer, one tends to forget the important points. I'm quite excited about this opening, and I wish to be able to incorporate it as soon as possible in my own repertoire! 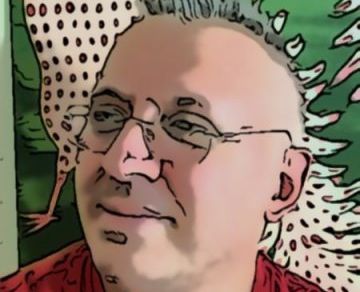 Davide Nastasio is a novel chess aficionado, who has made of chess his spiritual tool of improvement, and self-discovery. One of his favourite quotes is from the great Paul Keres: "Nobody is born a master. The way to mastery leads to the desired goal only after long years of learning, of struggle, of rejoicing, and of disappointment..."