Shoot for the Moon, land among the Stars - The Story of Md. Imran

Do you remember a time when you came so close to achieving something you worked very hard on, only for tragedy to befall you when you needed things to go your way the most? Something which distracts you from the task at hand, leaving you regretting that you couldn't give your best. Meet Mohd. Imran, who at the age of eight and half years first picked up chess with a humble 1035 Elo, and 4 years later is sitting at a rating of 2279. He has played around 24 tournaments since he started playing chess, with tremendous increases in rating more recently, sporting a 284 ELO gain in the last 3 months alone. Things are very promising for the boy, but lately, setbacks have been preventing him from crossing the 2400 ELO barrier, which he says is his current goal. The boy is supported by HelpChess Foundation for his laptop through the funds donated by Suhani Shah.

When he first spoke on a call with me, I remember being taken aback by his voice, which sounded much older than what I expected. When asked about his education and his life, Imran describes with pride his school and the support they are giving him, allowing him to pursue chess. He also casually mentions being able to book flights, and accommodation, and handle most aspects of national and international travel by himself. The maturity is striking, and handling all of that at 13 years of age is very impressive. It makes his mental fortitude all the more respectable with the story to come.

Imran has had a massive boost in rating recently and is on his way to crossing 2400 ELO.

Imran claims he has made 3 mistakes in his chess career, which to admit alone takes courage. He describes a loss of 81 Elo at the 3rd Hyderabad All India Open Fide Rated Chess Tournament in November 2021. While upset, he decided to go with a travel package for a trip to Spain to compete in a tournament circuit there. However, with an unexpected Visa rejection on the day before his flight, he was fully set back by the costs, with no other option but to take a temporary break from chess. In February this year, he raised 267 points at Serbia, but lost 127 points at the U-14 Nationals. He tells the story of wanting to leave the event halfway but sticking through until the end, no matter the upsetting outcome. And yet, the worst was yet to come for Imran, as he planned for a trip to the Dubai Open 2022, to be accompanied by his mother. However, 2 days before they were slated to leave, his father got into an accident that damaged his eye, adding another one and a half lakhs to their expenses from hospital bills and treatments. They struggled at first but decided to continue on to play at the event. Imran was off to a strong start in that event, by defeating IM Nubair Shah Shaik in the first round:

Another impressive game of his against Harikrishnan A Ra which Imran is very proud of can be seen here:

Unfortunately, his father's condition worsened, and the family began receiving letters from their bank about dues up to 5 lakhs. The pressure got to him, and Imran ended the tournament with nothing spectacular. When detailing these events, he spoke haltingly and with emotion, and expressed the difficulty he has been facing in trying to reach the 2400 threshold that is so crucial for him. "My greatest achievement," says Imran, "is coming 2nd at the 2020 Delhi Open and winning a cash prize of 2.5 lakh, so I can support my family and chess in some way."

Imran has strong talent, but there are many things which stop him from reaching his full potential

Imran does not have any coach either, and claims he has been learning thoroughly on his own using whatever resources are available to him online, as well as analysis of his games. His father, Mohammed Umar, is a police officer, and his mother, Razia Sultana, is a housewife who accompanies him to all tournaments. "My father sold his car and used his money for the operation of his eye. He makes a decent salary, but he cannot bear the expenses of a foreign trip for two people." Imran is currently in Spain playing the Sunway Sitges Open. He played the Benidorm Open 2022 before that and gained 19 Elo points. But things are certainly not easy for the 13-year-old boy. He has been learning chess all by himself ever since he started with a computer that has deteriorated to the point of disuse. He yearns for a coach who can show him the 'right way' to learn chess, so he can finally seek out guidance in his difficult journey. "I am not the most talented or skilled player out there; I am just someone with ambitions that I am trying to fulfill as best I can. With proper tools and coaching, I should be able to reach it in no time, and keep pushing to learn more about this game."

At the Sunway Sitges Open 2022, Imran played a game against Spanish GM Marc Narciso Dublan that received a lot of positive feedback. The boy played in the style of Mikhail Tal as he sacrificed first a pawn, then an exchange, then a piece and then even a queen! It's a game that you will simply enjoy watching. Check it out below. 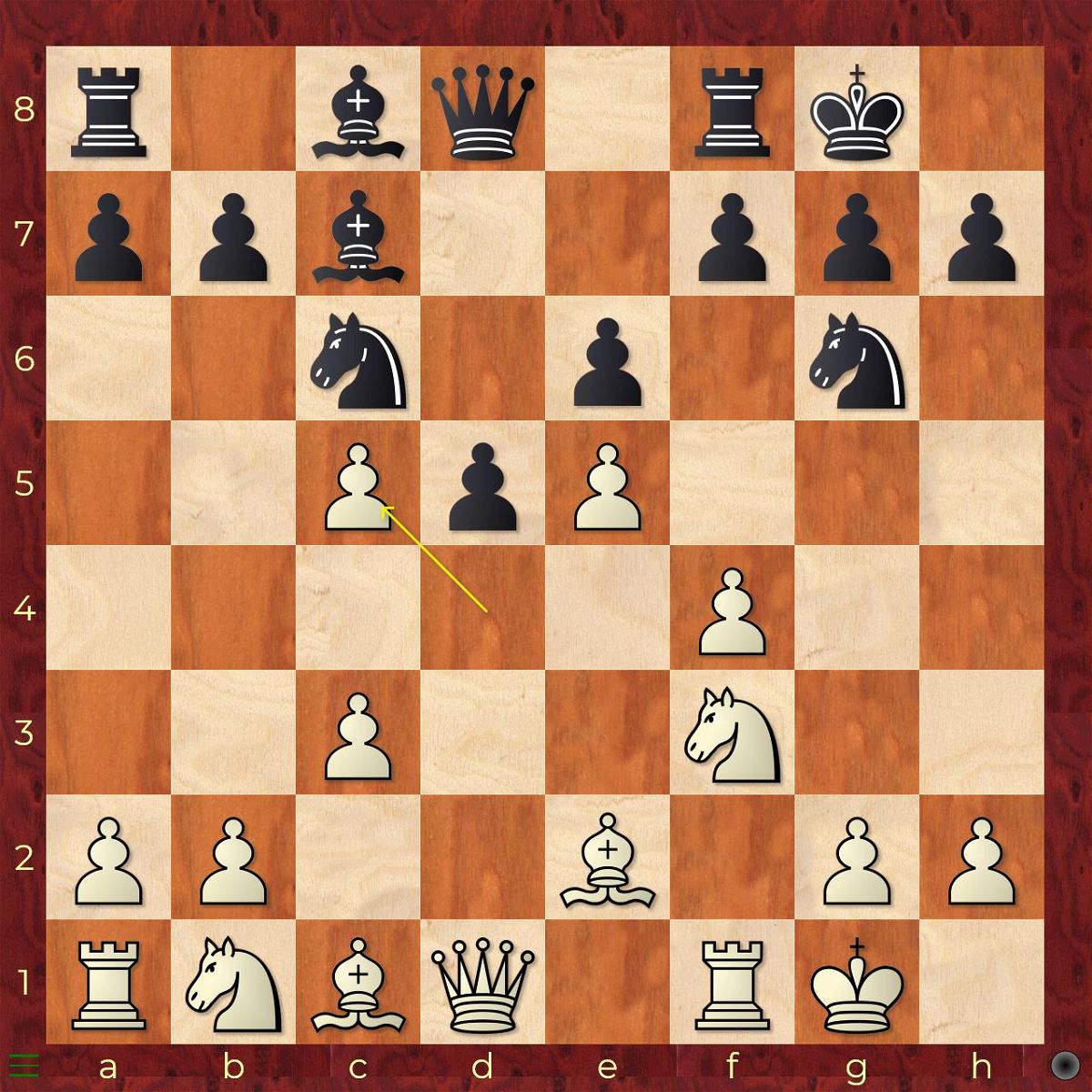 White has just taken the pawn on c5. How did Imran react?

The best move here is ...b6! which was played by the youngster. The point is to give up one more pawn in order to activate the bishop on the a7-g1 diagonal. Another good idea apart from b6 is to play f6 in the above position. 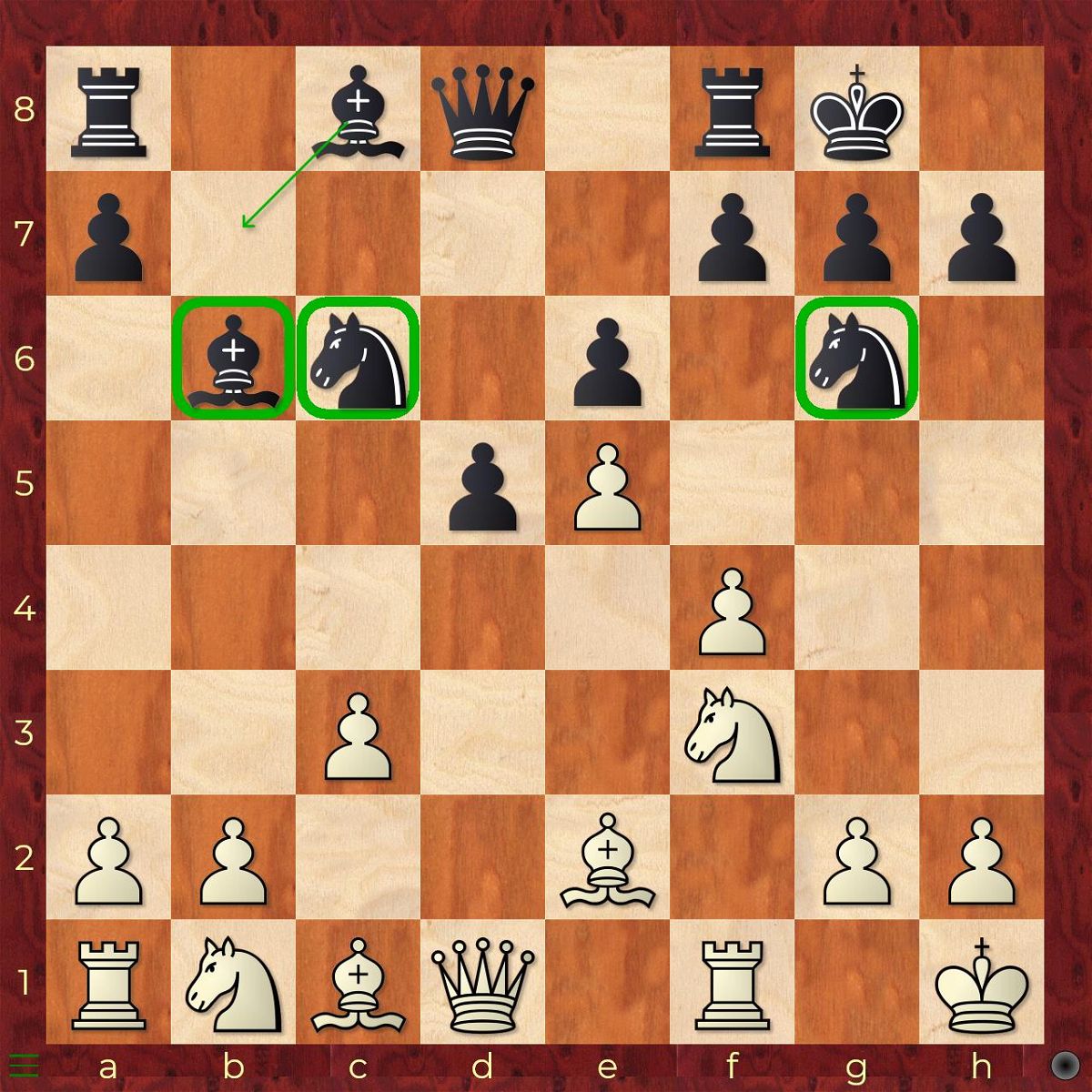 Black is very active, as can be seen with the pieces being marked in green squares. How did Imran continue as Black?

When ahead in development, it is important to open up the position. This is exactly what Imran did. He played ...f6! and opened up the center. 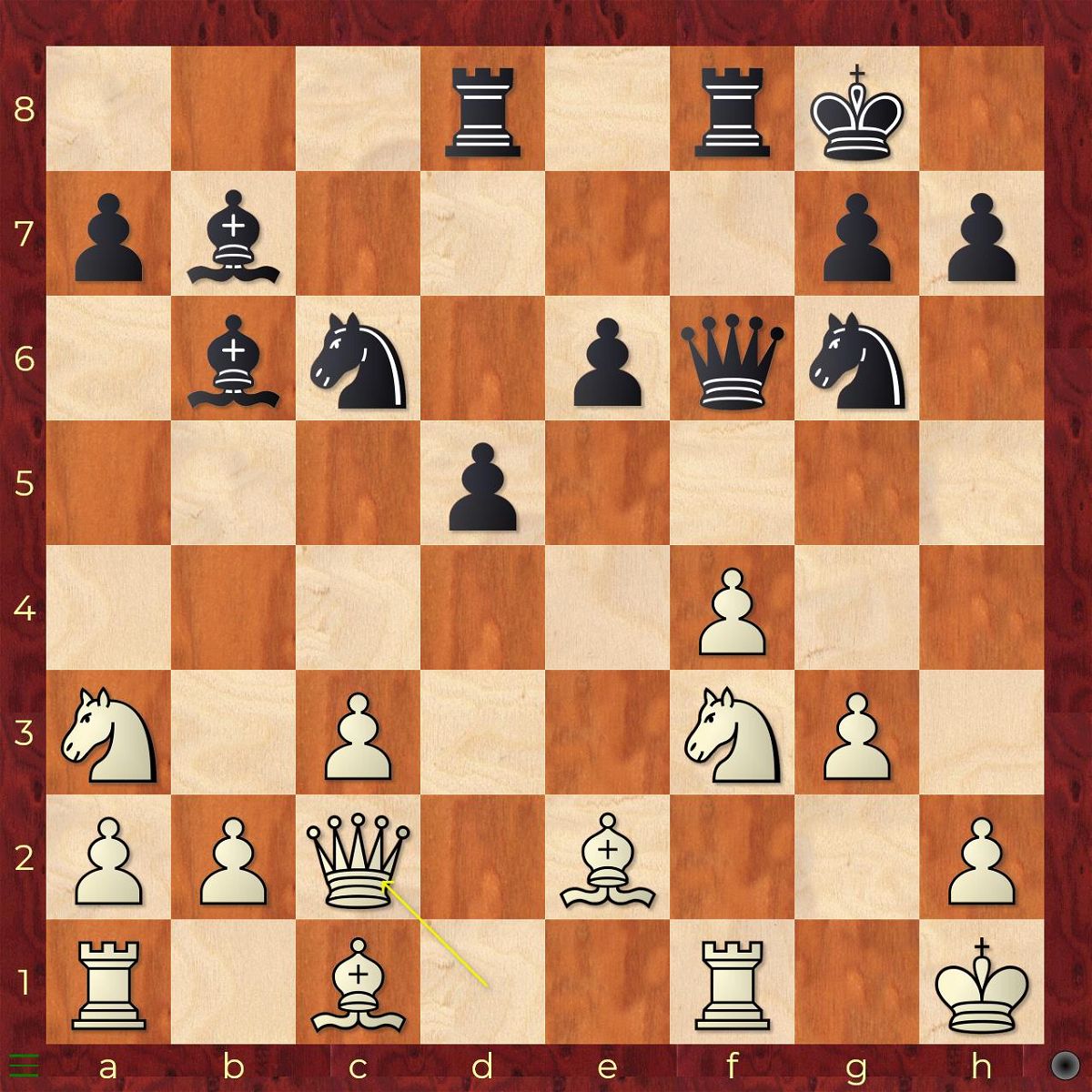 What's the next step for Black now?

Just have a look at the a8-h1 diagonal and you will realize that the bishop on b7 needs to be opened up. Imran rightly played ...d4! It's time for tactics to flow. What did Imran play?

...d3! what a nice sacrifice this is. I hope you have seen what Imran has seen! 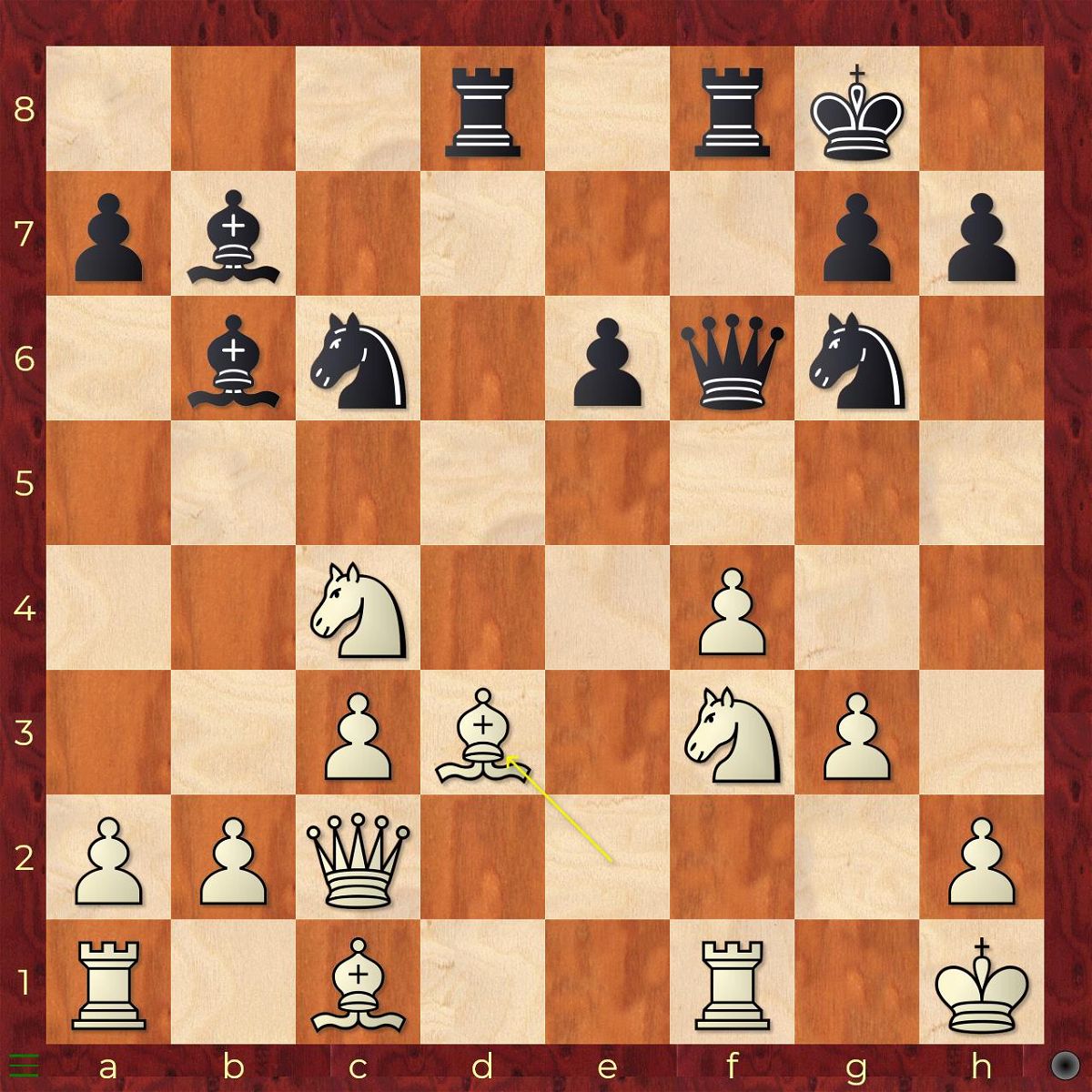 The bishop took the pawn on d3. What was your point as Black?

Absolutely right! The rook snaps off the bishop on d3! 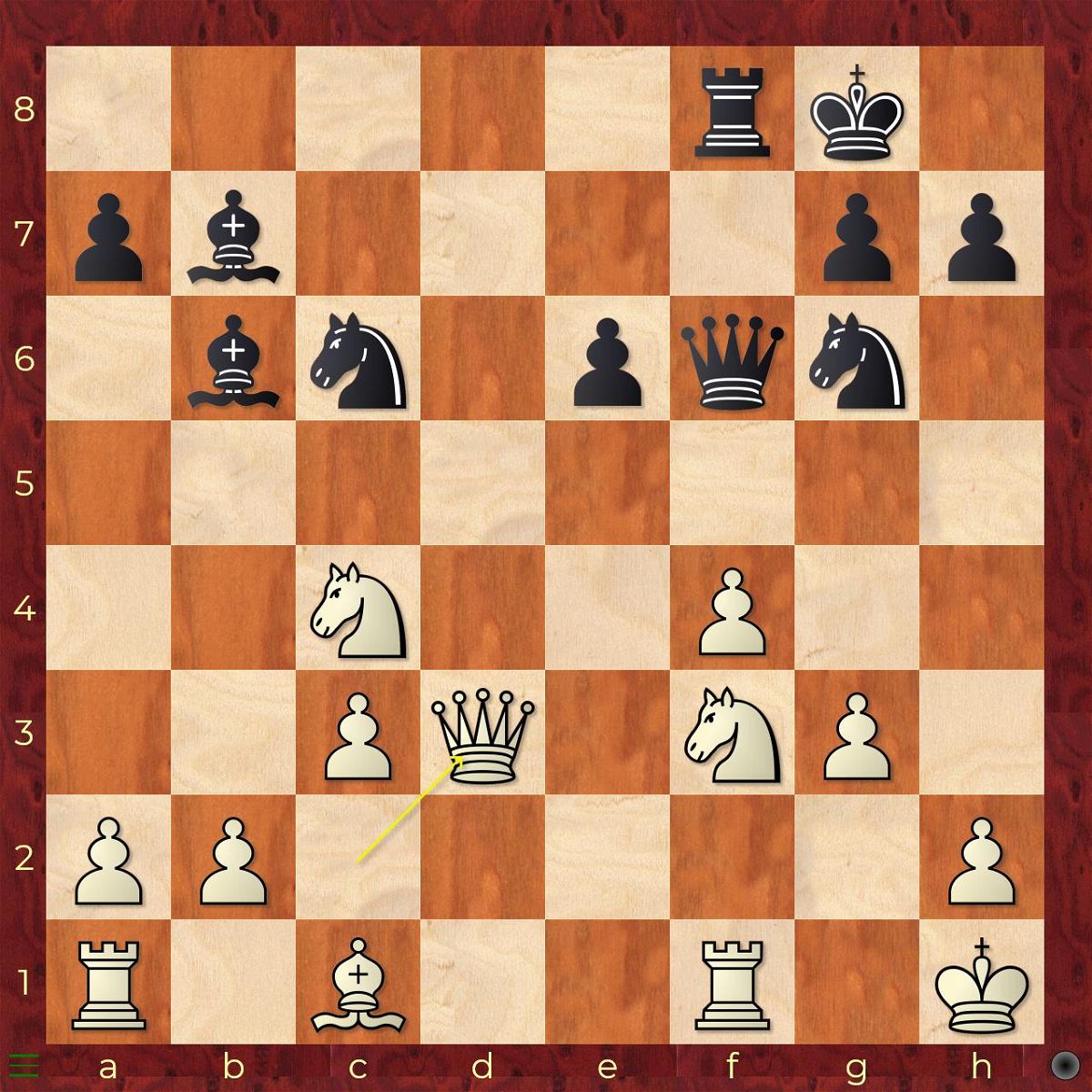 The queen captures back. Now what? Black to play

Imran must really have been pleased to make this next move. It's like you move a piece to a square that is most protected. ...Nce5! The knight on f3 is pinned and White cannot take with the f-pawn because of Qxf3 Rxf3 Rxf3! That's the reason why after ...Nce5, White played Qe2 Nxc4 Qxc4 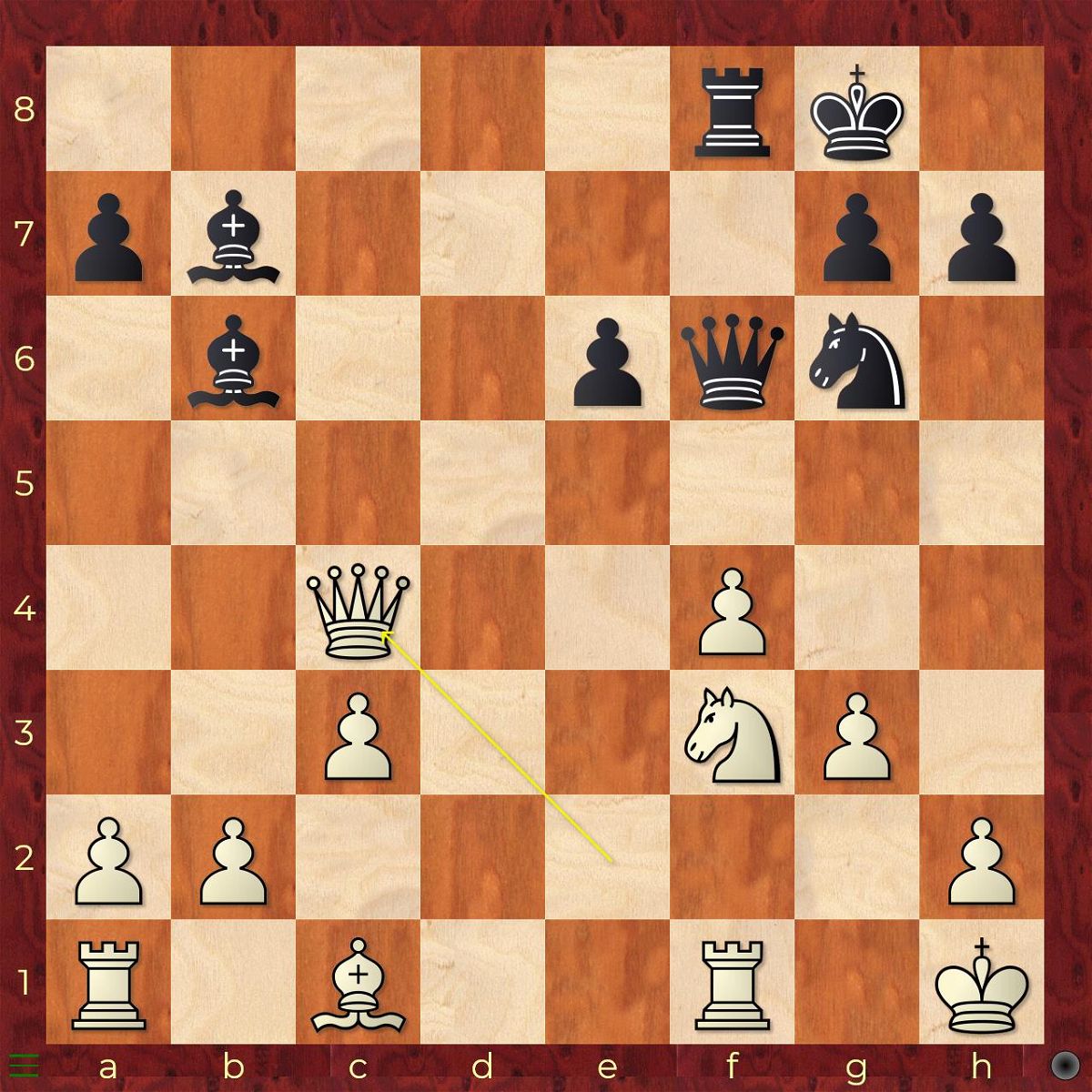 Time for another blow! Black to play.

The e5 square is Black's favourite! Imran doesn't let it go! The other knight jumps to ...e5 and once again it is taboo! White went back Qe2, but after ...Nxf3 Rxf3 in came the final blow. 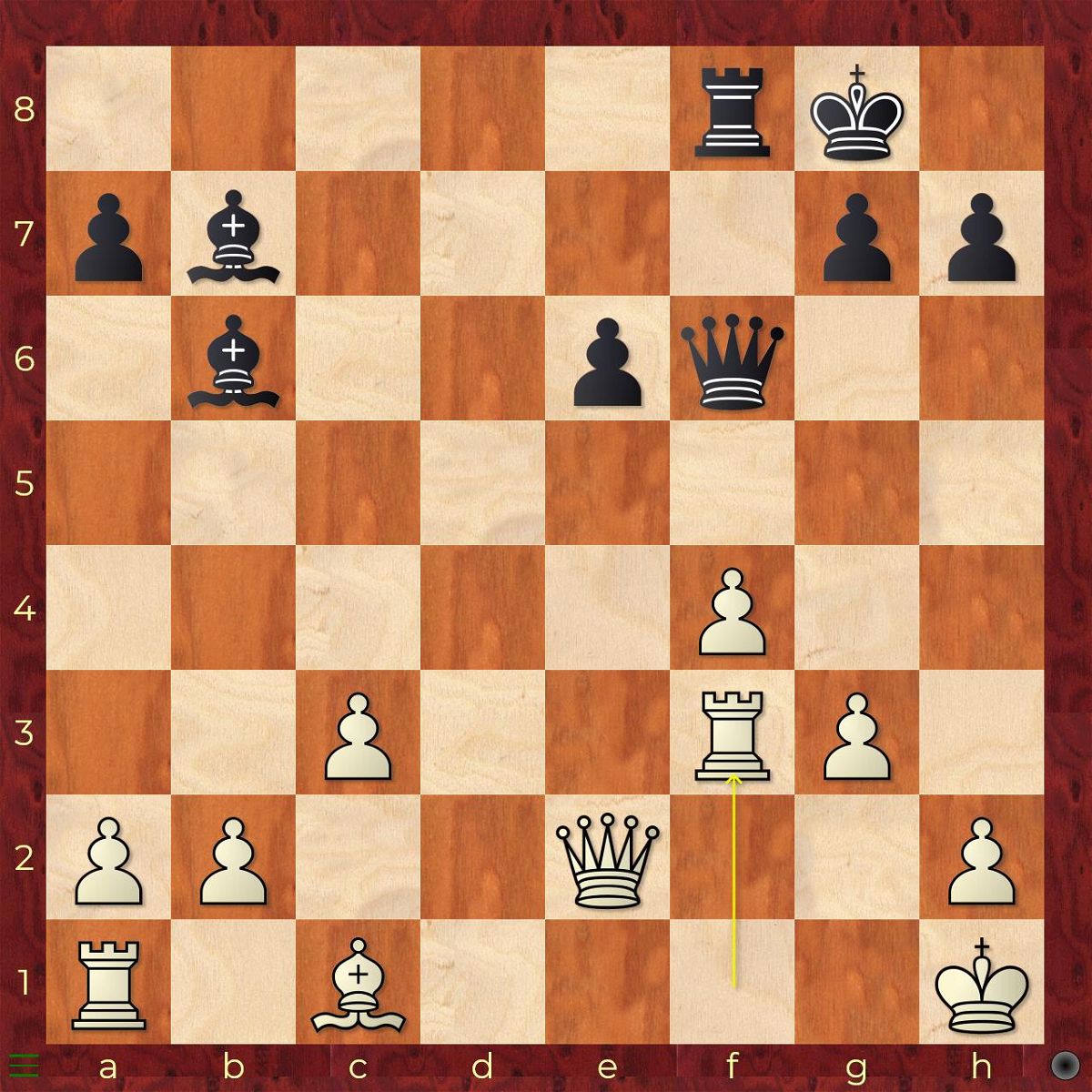 Black has many ways to win here. What was the most pretty move that Imran chose?

The boy likes to do things in style and that he managed to do! He played ...Qe5! and forced his opponent to resign!

Laptop for Imran by HelpChess Foundation

It is clear that Imran is tremendously talented. It is also clear that he is in need of support. That's the reason why HelpChess (ChessBase India Foundation) decided to sponsor a laptop for the youngster. We also sent him ChessBase 17 and Mega Database 2023 so that Imran could prepare effectively for his games.

Imran with his new laptop on his trip to Spain Suhani sent us her amount of Rs.1,00,000 to the ChessBase India Foundation. Rs.83,000 has been used for Imran's laptop. The remaining Rs.17,000 will also be used for a good cause that will be updated when we utilize them. We thank Suhani for her magnanimous gesture. When she got to know how her fund was utilized she said, "This legit makes me cry. Thank you so much for making me do such good work." This is a wonderful community we have built. Our best wishes to Imran on his journey to becoming an IM first, then a GM and later a top player in the world.