Indians were happy campers on day one of Tata Steel Chess. While Anand went off to a flying start, winning his round one game against Maxim Matlakov, Baskaran Adhiban daringly lunged his kingside pawns forward from the black side of a Caro-Kann to hold Peter Svidler to a draw. In the Challengers' section, Harika Dronavalli almost effortlessly held the tournament's second seed, Amin Bassem to a draw. And believe it or not, this came with the black pieces against one of Bassem's most favourite openings! An illustrated report with games and analysis.

A little coastal town in the Netherlands, Wijk Aan Zee, has always been a staunch supporter of the game of chess. Since 1938, the Wijk Aan Zee has been hosting a tournament which is played every year, be it winter or war. Yes, the tournament was organised even during the second world war! 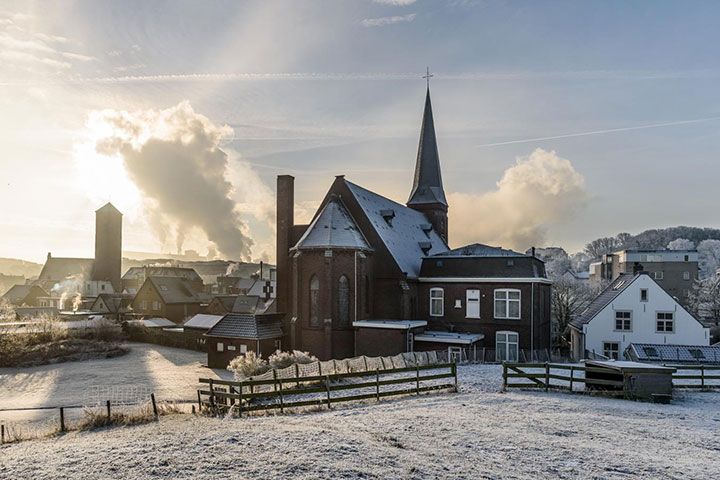 The town of Wijk Aan Zee

This year, the event is celebrating its 80th anniversary and features extremely strong fields of players in both the masters and the challengers' section. While the masters' segment includes reigning and former world champions like Vishy Anand, Vladimir Kramnik, Hou Yifan and Magnus Carlsen, the challengers' group consists of players like Vidit Gujrathi, Jorden Van Foreest, Anton Korobov and Dronavalli Harika. 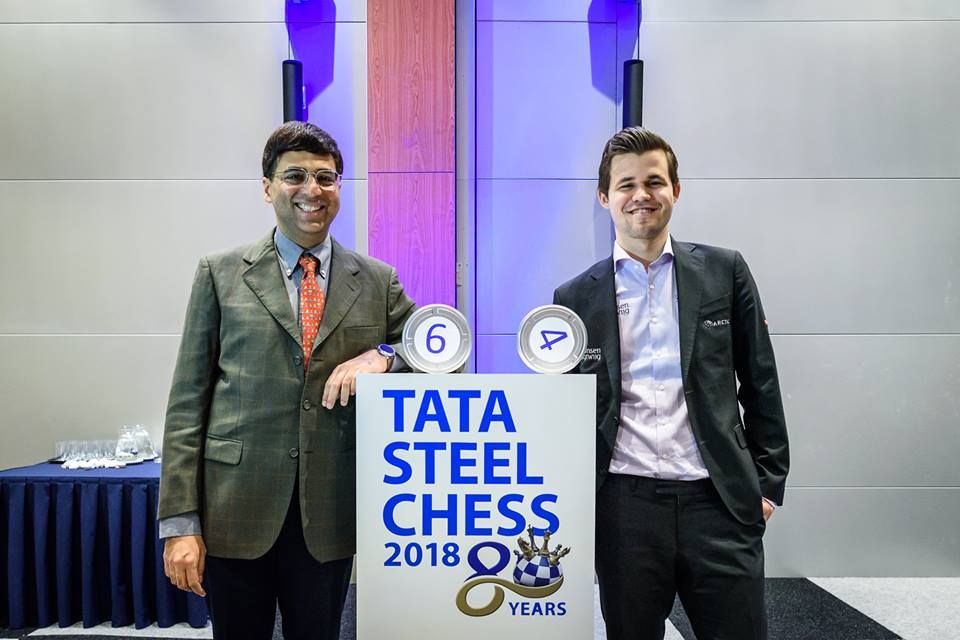 Anand is one of the players being watched out for along with the reigning world champion, Magnus Carlsen. | Photo: Alina L'ami

Both Carlsen and Anand have won the event five times and are the only ones to have achieved the feat. Since they are both playing in the 80th edition of the event, it will be interesting to see if one of them will be able to overtake the other.

After the first round, Anand has taken the lead by winning his game against the debutant, GM Maxim Matlakov. Carlsen, on the other hand, was held to a draw in his opening game by the world number two, Fabiano Caruana. Two other games also ended decisively: Anish Giri defeated Hou Yifan after the latter made a few inaccuracies in a slightly worse but equal looking endgame; Vladimir Kramnik got the better of the 18-year-old Chinese prodigy, Wei Yei in a rook pawn endgame where the Russian had an outside passer. 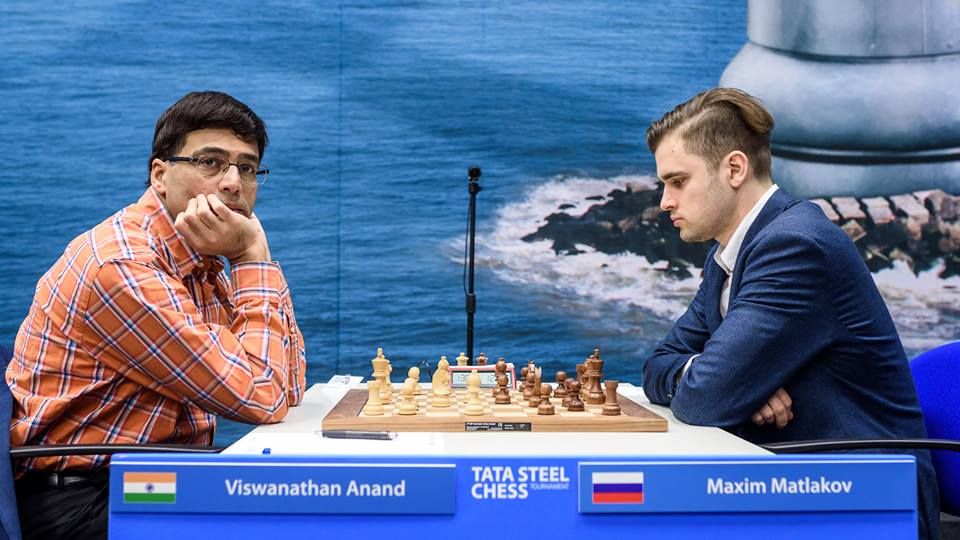 Matlakov gave Anand a slight scare out of the opening | Photo: Alina L’ami

Even though Matlakov is one of the lower rated players in the event, he turned out to be a pesky opponent for Anand to deal with. Out of the opening, Anand tried generating play on the queenside. However, Matlakov found a sneaky bishop sacrifice that almost turned the tables. Suddenly mating threats were looming over Anand’s king and to salvage the situation, the Madras tiger had to give up his attack on the queenside and retreat with his queen.

The position was still around equal but slight inaccuracies by Matlakov allowed Anand to win a pawn. In the consequent heavy piece endgame, Anand made the most of his advantages and quite masterfully converted what looked like a difficult endgame. 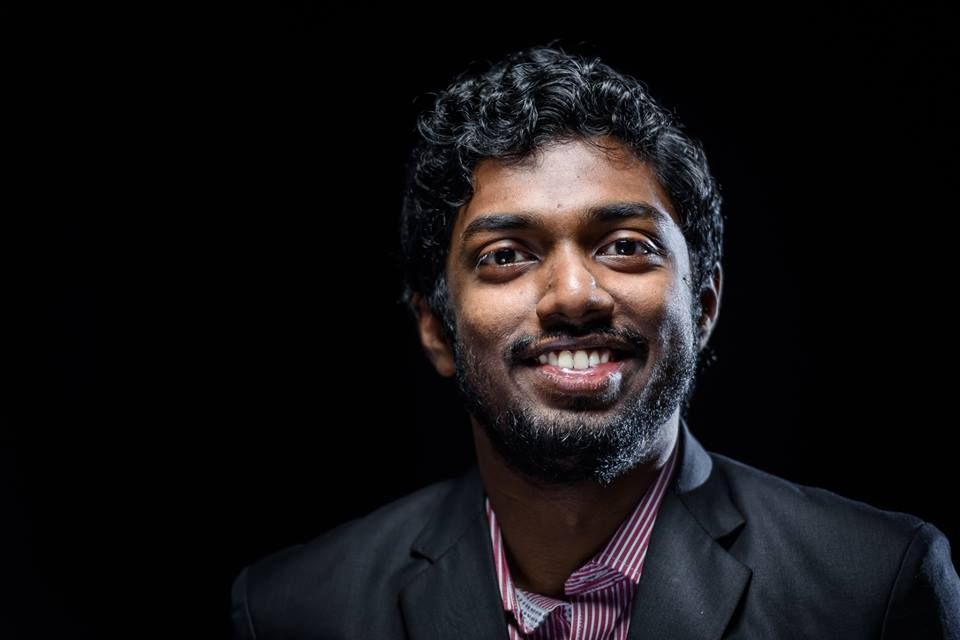 Adhiban Baskaran is the second Indian playing in the master’s segment thanks to his phenomenal performance at the Tata Steel Masters last year | Photo: Alina L'ami

In round one, he was pitted against the eight-time Russian champion, Peter Svidler. With the black pieces, Adhiban essayed the Caro-Kann defence and went for an audacious pawn thrust on the kingside quite early in the game. Svidler did pull out an advantage because of this but Adhiban’s solidly placed knight on the f5 square helped him keep things under control. On the 33rd move, the game ended in a draw by mutual agreement.

Tomorrow is another exciting day for Adhiban as he will be playing the reigning world champ, Magnus Carlsen. In their previous encounter at the Tata Steel, Adhiban had managed to hold to a draw from the black side of the Scandinavian Defence (quite a fitting opening for the occasion, one must think!). This time, he will have white. It will be interesting to see what the young Indian chess genius comes up with to match the wits of the world champion.

Besides Anand and Adhiban, two more Indians – Vidit Gujrathi and Harika Dronavalli – are also in Wijk Aan Zee to play in the Challengers section. While Gujrathi is the top seed of the event, Harika is one of the tailenders. 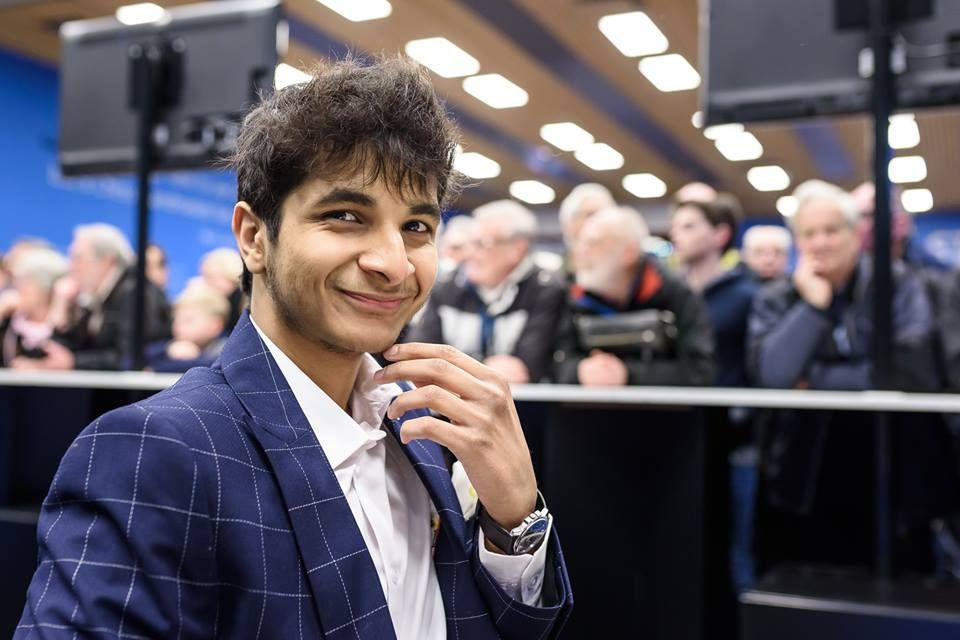 In his inaugural round, Gujrathi played a close friend of his and the reigning World Junior Champion, GM Aryan Tari. | Photo: Alina L'ami

The two played a very tepid closed variation of the Ruy Lopez in which the position was balanced from the very start of the game. Once out of the opening phase, both players found central pawn breaks and had good mobility for their pieces. Soon a mass exchange of pieces occurred and Vidit, who had the black pieces, sacrificed a rook to force perpetual checks. 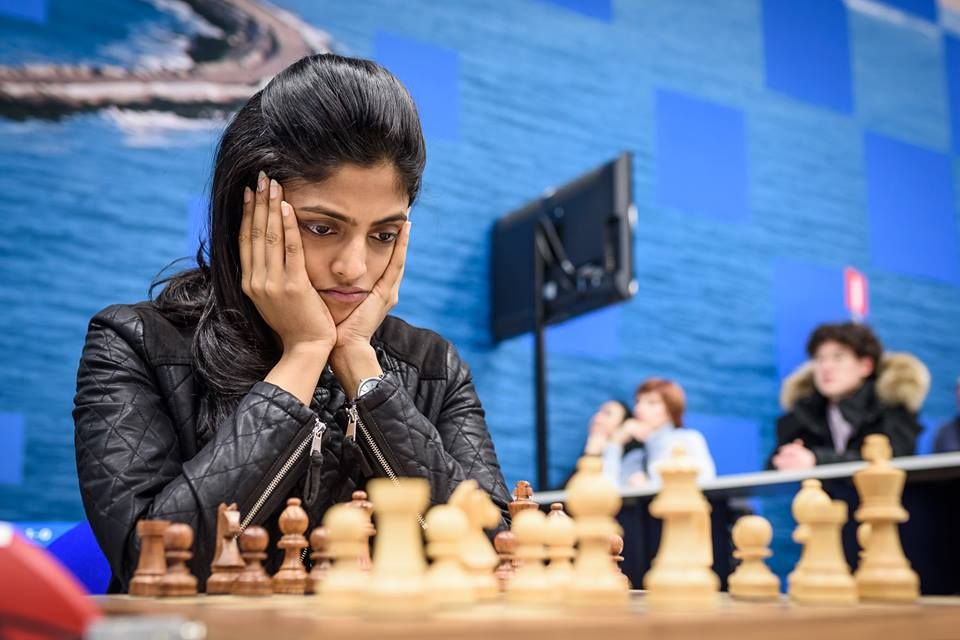 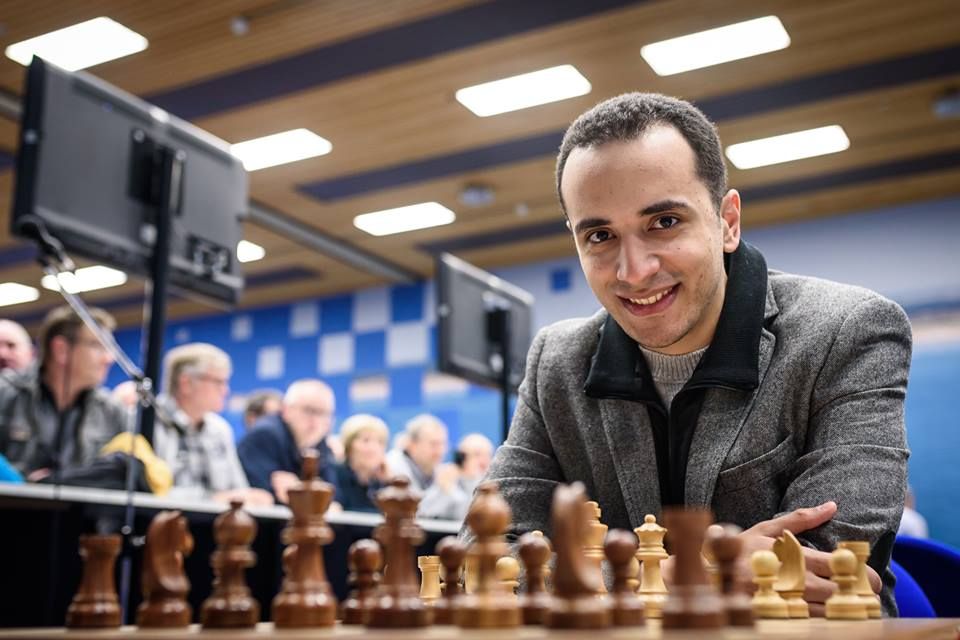 Even though her opponent was much higher rated than her, Harika never seemed to be in any kind of trouble. What’s all the more intriguing is the fact that despite venturing into one of Bassem’s pet openings, the King’s Indian Attack, the Egyptian grandmaster was unable to generate any chances whatsoever. To play like this against a much higher rated opponent with the black pieces is truly commendable and this result is sure to give Harika a great confidence boost for her upcoming games.

At the conclusion of round one, both the challengers' and the masters’ groups saw three decisive results each. While Anand, Kramnik and Giri kicked off with a win in the masters’ event, Gordievsky, Korobov and Van Foreest were the winners in the challengers. All Indians except Anand, are in the joint second spot.

Rank after round 1 (Masters) 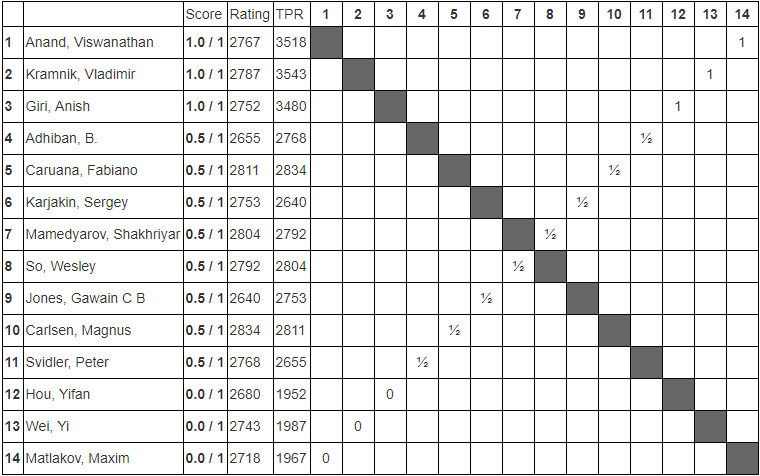 Rank after round 1 (Challengers) 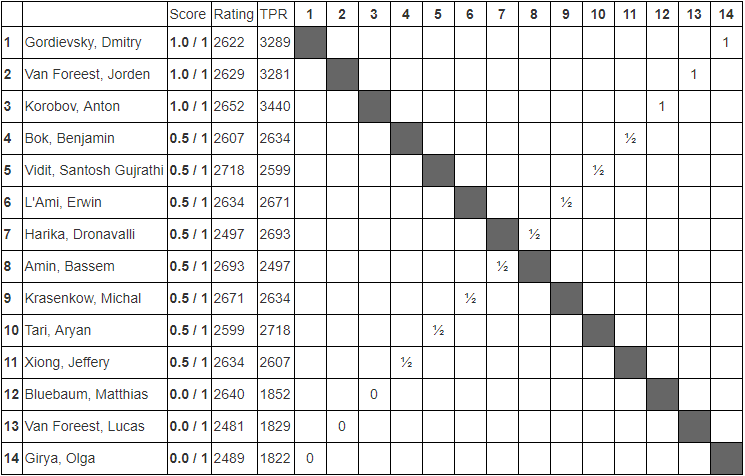