We often read about young players scoring norms, achieving titles, creating and breaking records. It is also true that one can do well and achieve their goals step by step even after becoming an adult. 21-year-old FM Suyog Wagh scored an unbeaten 7.5/9 to win IM Round Robin "Orbis-2 2022", finish 1.5 points ahead of the competition to earn his maiden IM-norm at Paracin, Serbia. The Ahmednagar, Maharashtra lad is a former Commonwealth Under-20 Gold medalist, Maharashtra State Rapid and Blitz 2019 champion. After barely missing out on two consecutive previous occasion, the reigning Maharashtra State Amateur champion has finally found his breakthrough.

Perseverance is the key to success

Apart from the achievements mentioned above, FM Suyog Wagh has won plenty State and State level championships, open tournaments in all three formats. He started his quest for an IM-norm on 17th January 2022 at Paracin, Serbia. Despite getting close, he fell short twice in consecutive tournaments. However, he dug deep in the third event. He played his best to not only win the event but also finish substantially ahead of the field and score his maiden IM-norm. 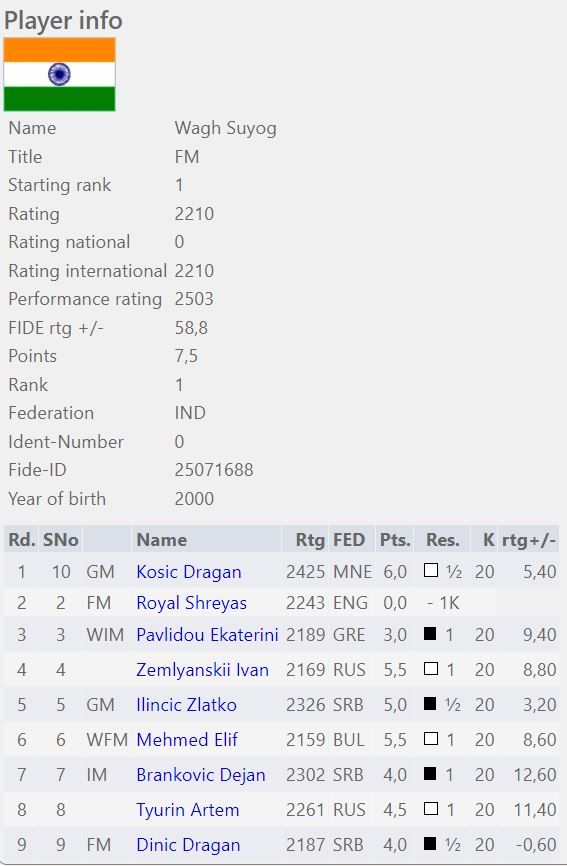 IM Dejan Brankovic (SRB) made a dubious sacrifice which was actually a blunder.

Find out how should black refute 15.Nf5. Suyog found it correctly and went on to win the game.