The strongest ChessBase India Online Blitz event was won by GM Sunilduth Lyna Narayanan. He scored an unbeaten 8.5/9, finished a full point ahead of the competition to win the tournament. He won ₹10000 cash. Last month he won his first ChessBase India Online event March Masters Open. Both GM Diptayan Ghosh and GM Jose Eduardo Martinez Alcantara of Peru scored 7.5/9 each. They were placed second and third to earn ₹5000 and ₹3000 cash respectively. The tournament witnessed 171 players including 27 GMs, 36 IMs, 2 WGMs and 8 WIMs fighting for a total of ₹30000 prize fund. The entire prize fund was sponsored by Buddhibal Kreeda Trust and the entry fee collected was donated to the PM Cares and CM Relief fund. 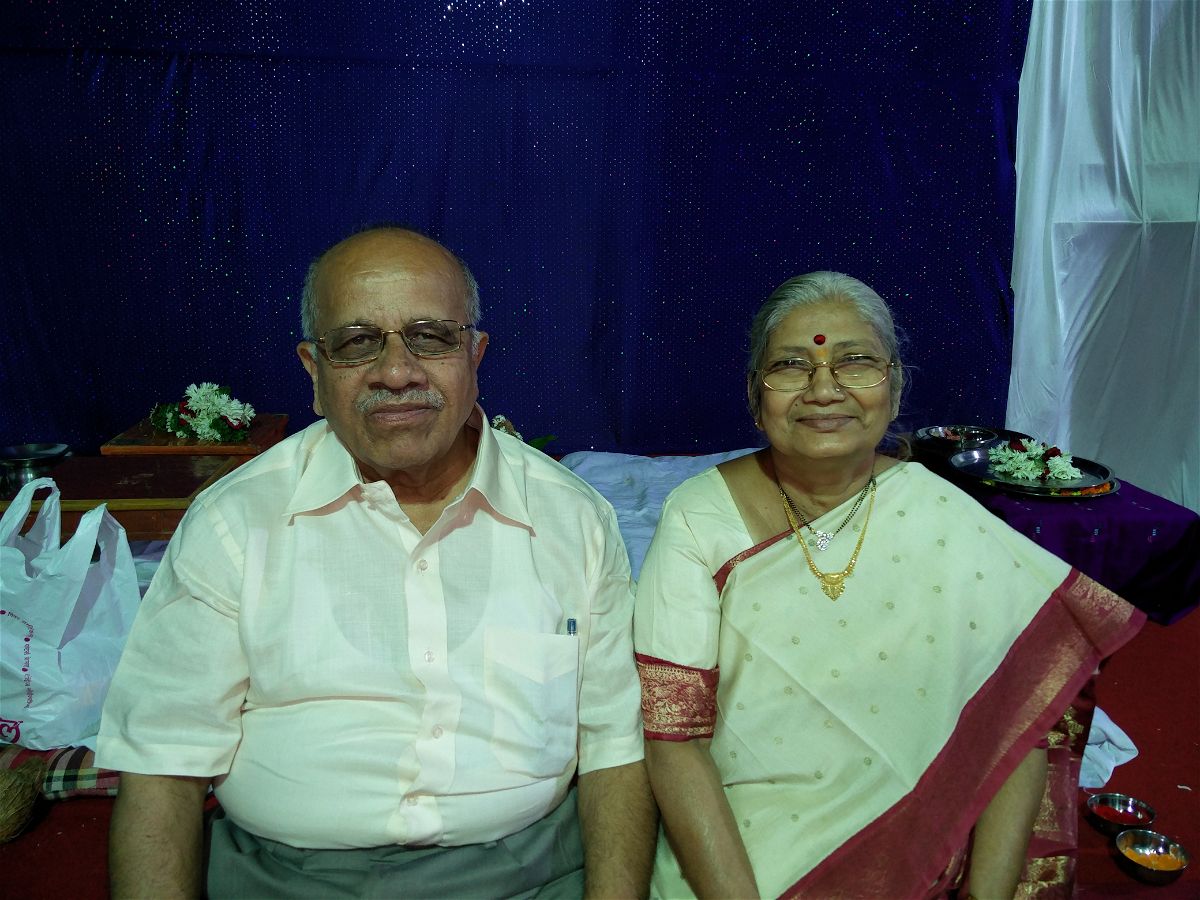 The tournament prize fund was sponsored by Buddhibal Kreeda Trust. In the picture above is Mr. Prakash Kunte, one of the founders of BKT with his wife. 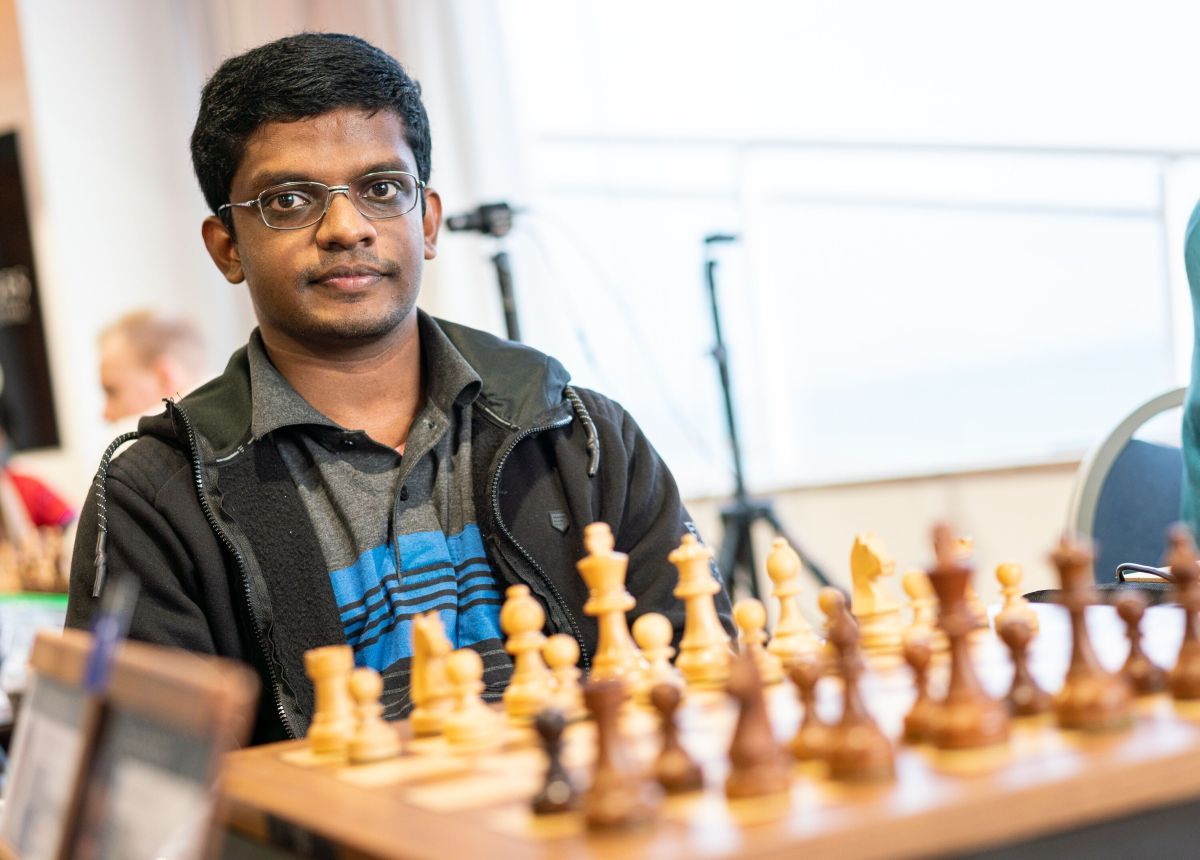 Pabh held Narayanan to a draw

Pabh (GM Abhimanyu Puranik) is the only player in the entire tournament to hold Narayanansl (GM S L Narayanan) to a draw. Narayanan had decent advantage in the middle game, but Pabh managed to equalize after his opponent made an inaccuracy. 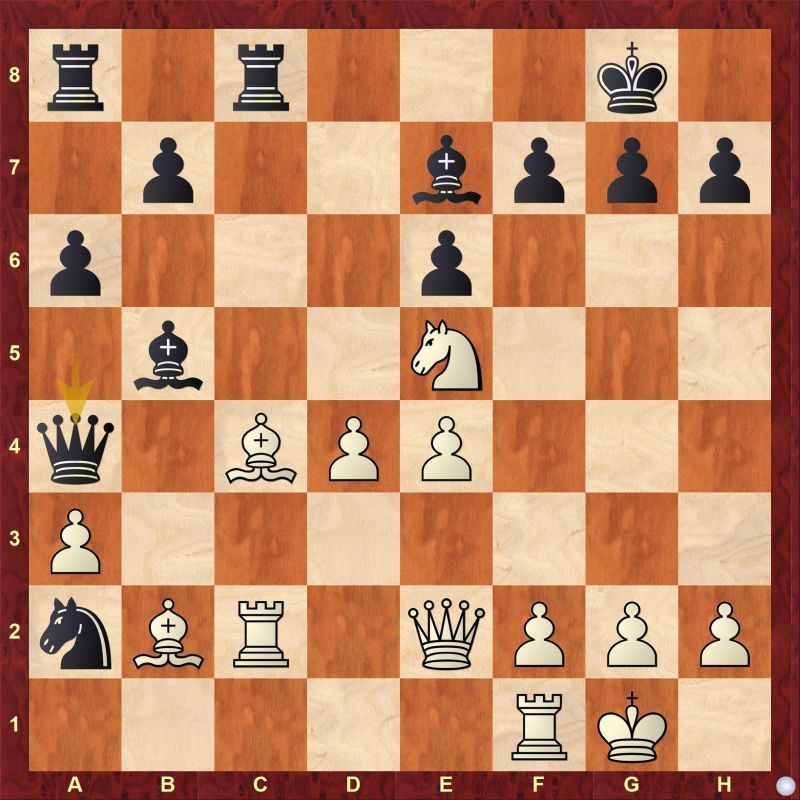 White continued the game with 20.Ra1. Can you find the better continuation for White here? 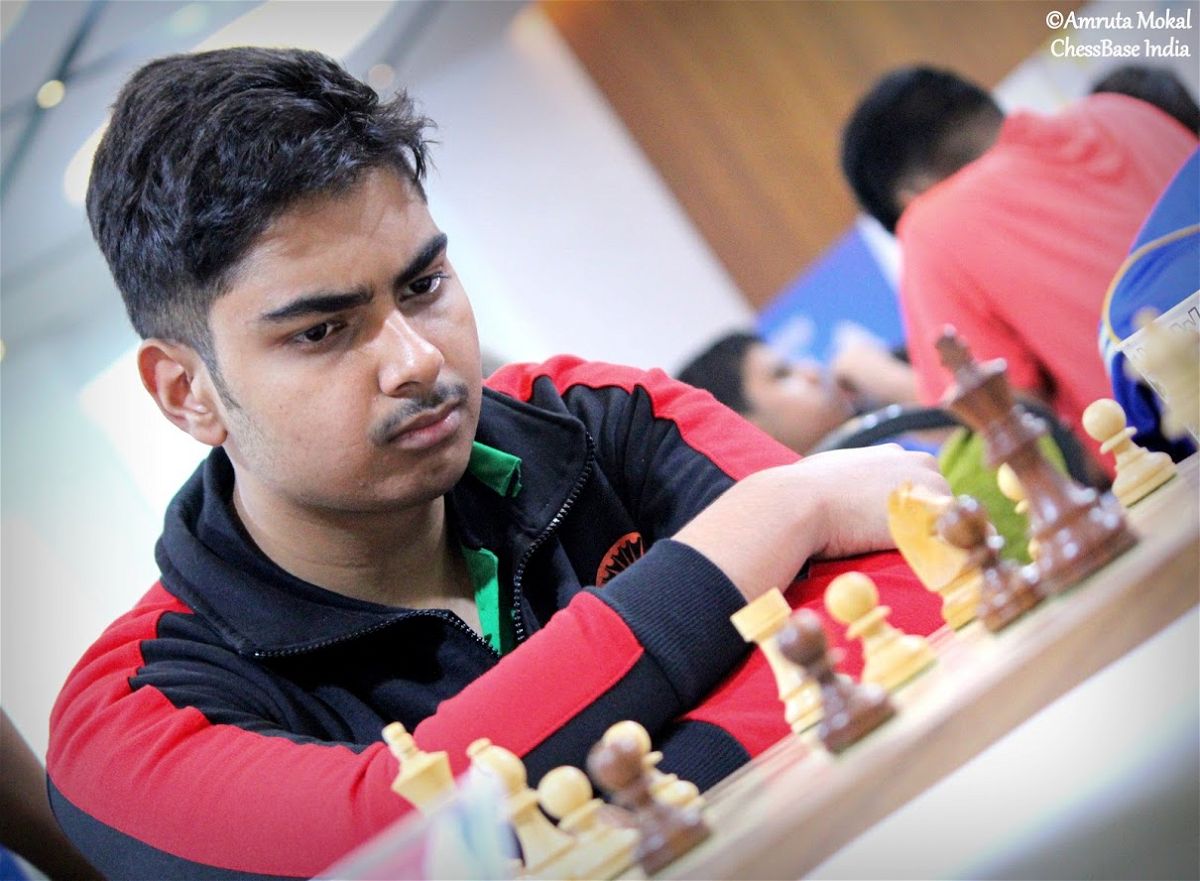 Narayanan scored an emphatic victory against Jospem31 (GM Jose Eduardo Martinez) in Round 5 after the latter's king got stuck in the center. 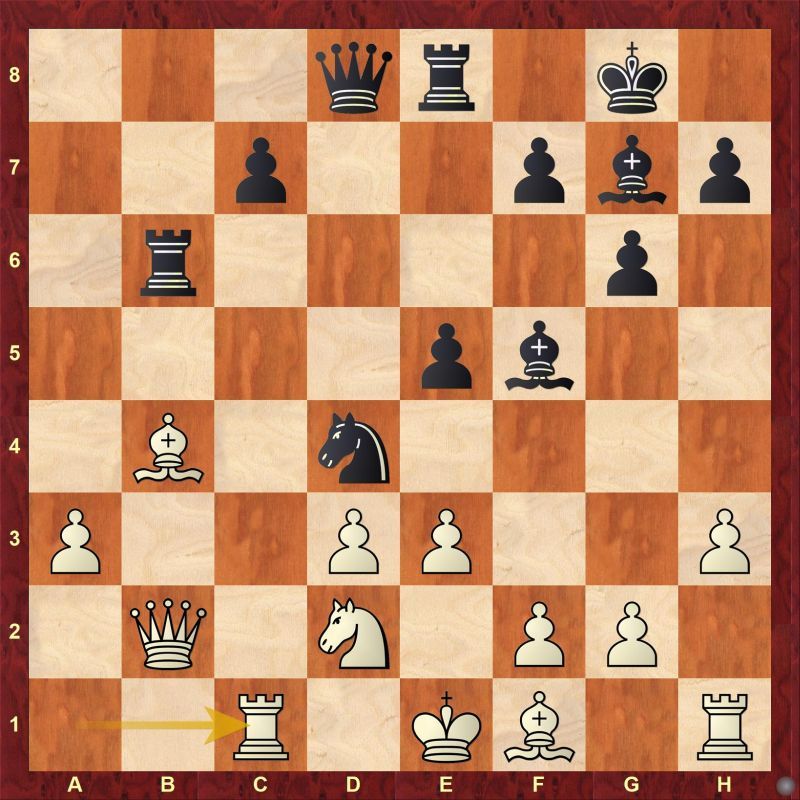 Find out the best continuation for Black after 18.Rc1. 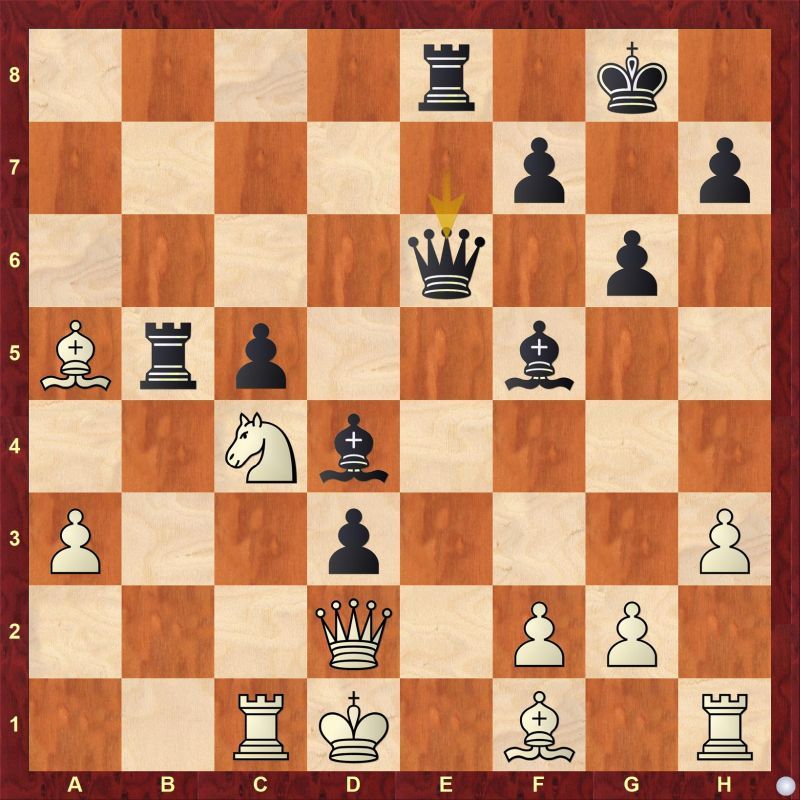 After a lot of thought black played 24...Qe6 which is inaccurate. It allows white to equalize. Can you find it? Also find out what black should have played instead of 24...Qe6.

Diptayan missed a draw against Narayanan

After losing an exchange early in the opening, Diptayan somehow managed to get a equal position in the endgame as his opponent made an incorrect exchange of rooks. Although it was a correct practical choice in the eventual champion Narayanan's part as it is quite difficult to defend with a Knight against a Rook in the endgame especially when you have few seconds left on the clock. 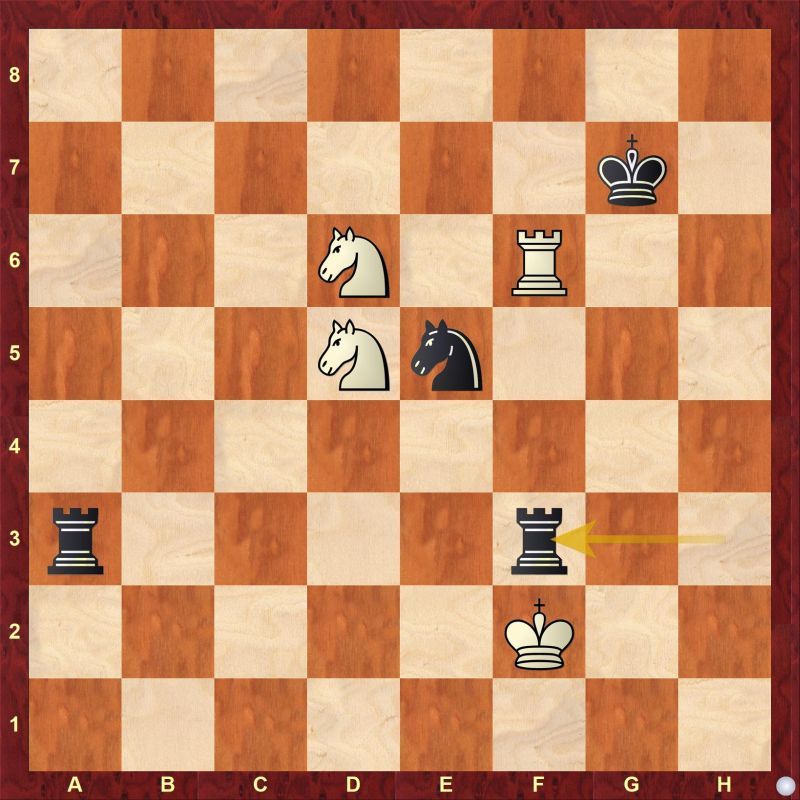 Perhaps 54...Rhxf3 is the only inaccuracy by black in the entire game

Narayanan survives a scare against the Uzbek tiger

In a topsy-turvy game where evaluation changed multiple times, Narayanan survived a massive scare against Uzbektiger95 (GM Jakhongir Vakhidov) in the penultimate round. 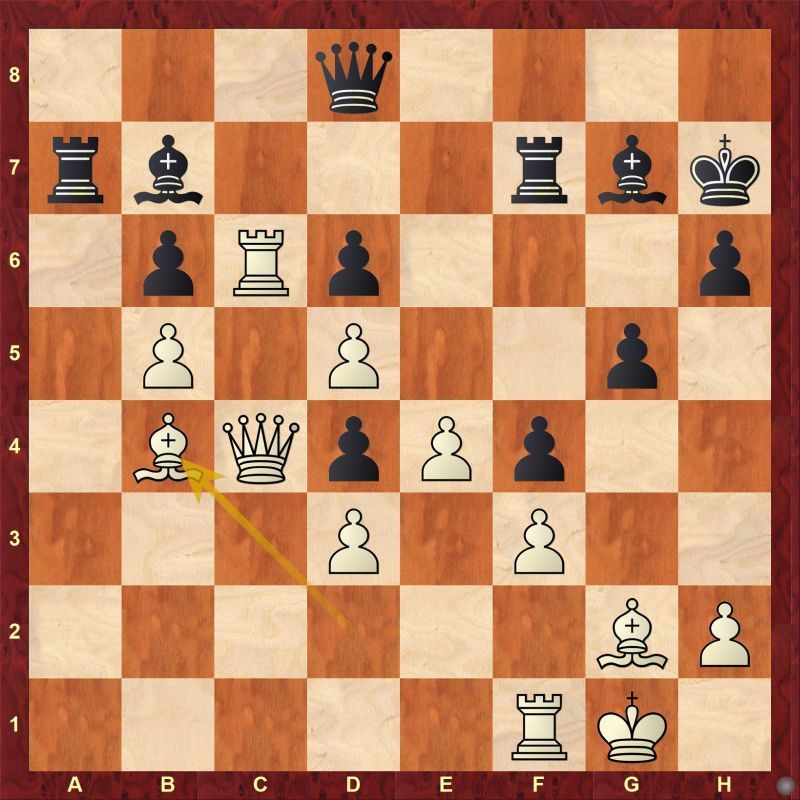 Black continued the game with 29...Be5, however there was a better continuation. Can you find it? 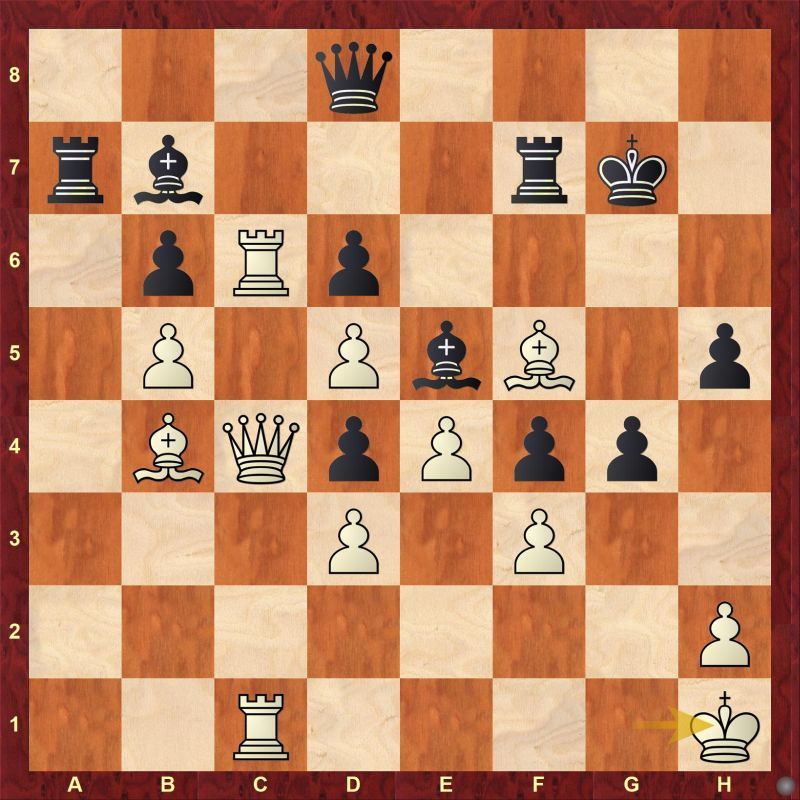 Black got another opportunity to choose the correct continuation but instead he played 33...Qh4 which turned things in white's favor and allowed Narayanan to score the victory. Find out why 33...Qh4 is a mistake and what black should have done instead.

Hit and run against Hitter1999

In the final round, Narayanan faced Hitter1999 (GM Aravindh Chithambaram) who is the reigning National Triple Crown champion. The game was more or less equal throughout, only in the endgame Hitter1999 made a huge mistake which cost him the game. 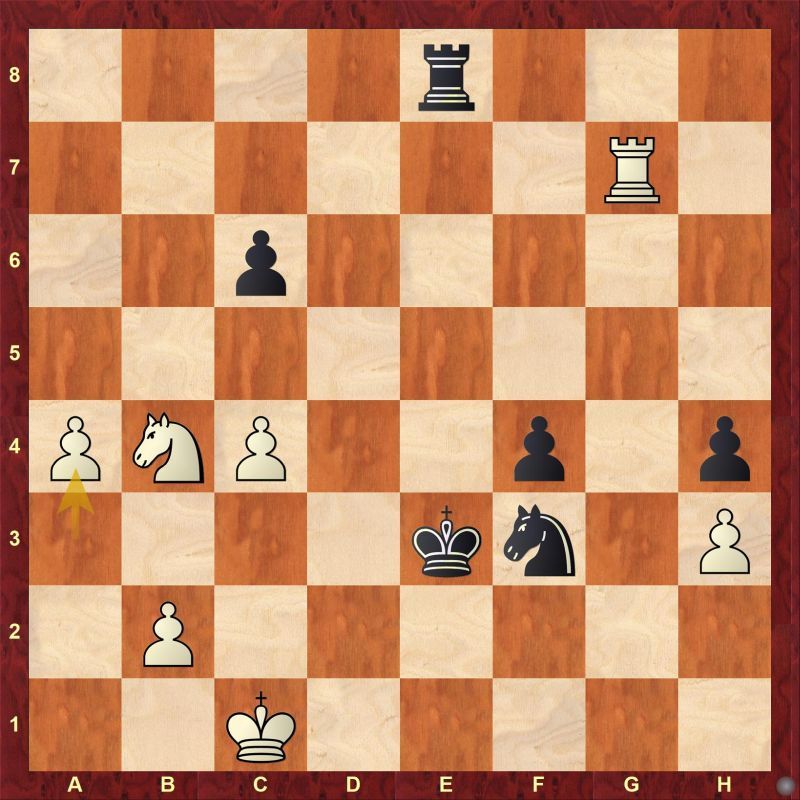 Find out why 32.a4 is a mistake and what white should have done instead.

To understand how strong Diptayan (GM Diptayan Ghosh) is, you need to check his win against Uzbektigert95 (GM Jakhongir Vakhidov). Once he got an advantage, he made the most out of it without letting it slip away even for a moment.

A game of misses

The game between Chessworld1 (GM R Praggnanandhaa) and Diptayan witnessed two misses from both players. However in the second miss, both players were in deep time pressure which is evident from the time taken to make the moves. 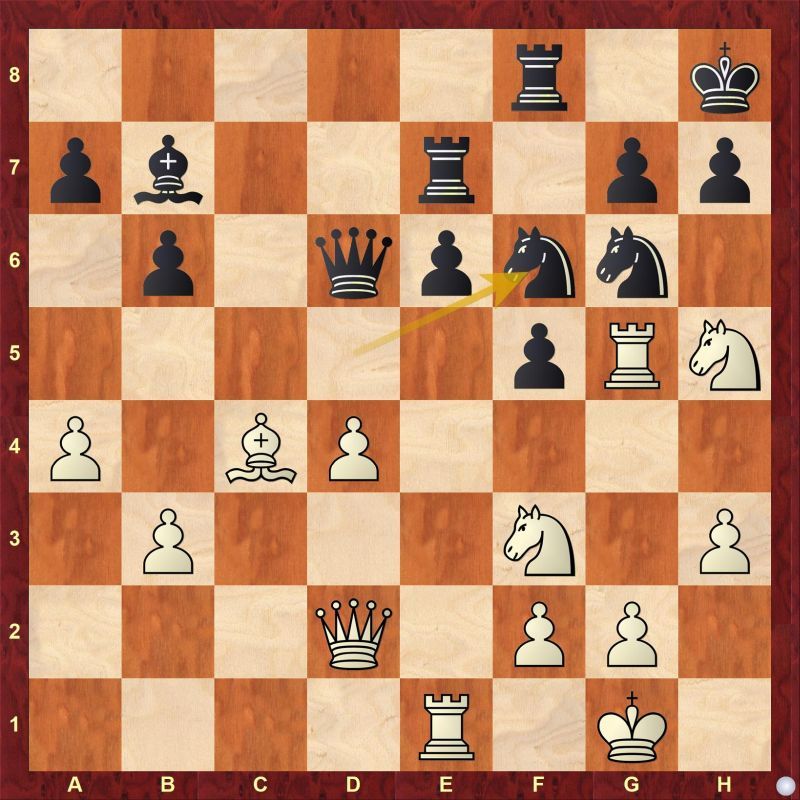 Find the best continuation after 26...Nf6

White continued the game with 27.Nxf6, however there was a better continuation. Try to find it. 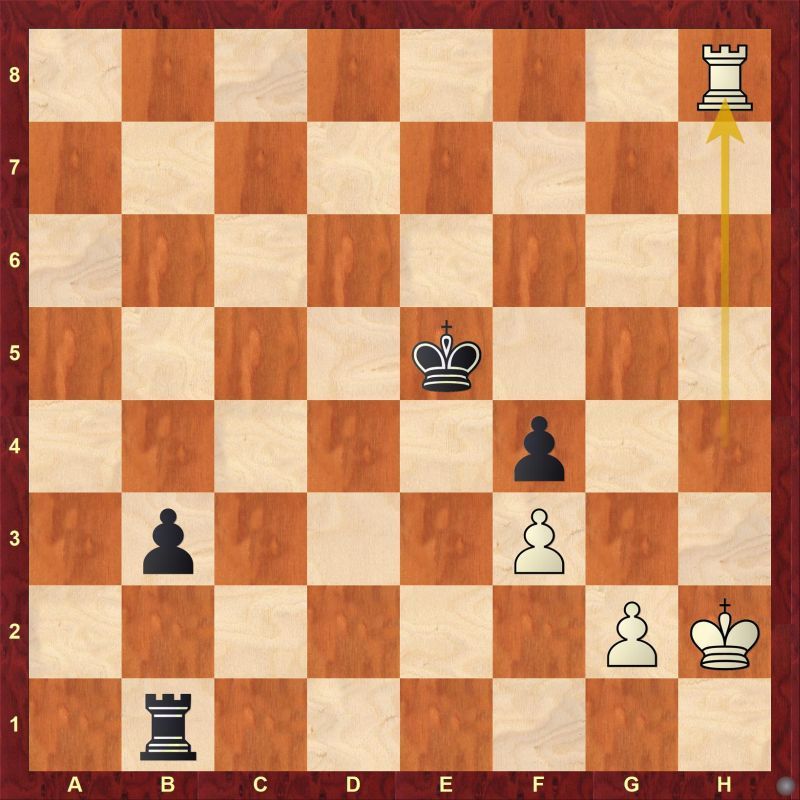 Find out the correct technique for black to secure a victory.

To get the idea of how strong the tournament was, Round 1 witnessed several unexpected results between the games of titled players. Here are a few positions from Round 1. 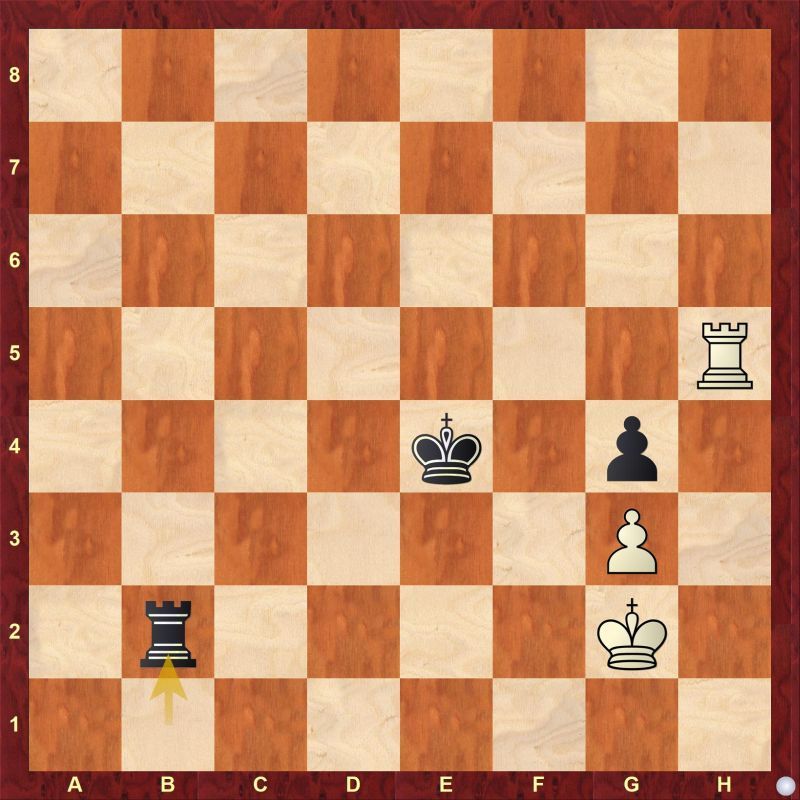 Find out the correct continuation for white to save the game after 69...Rb2+ 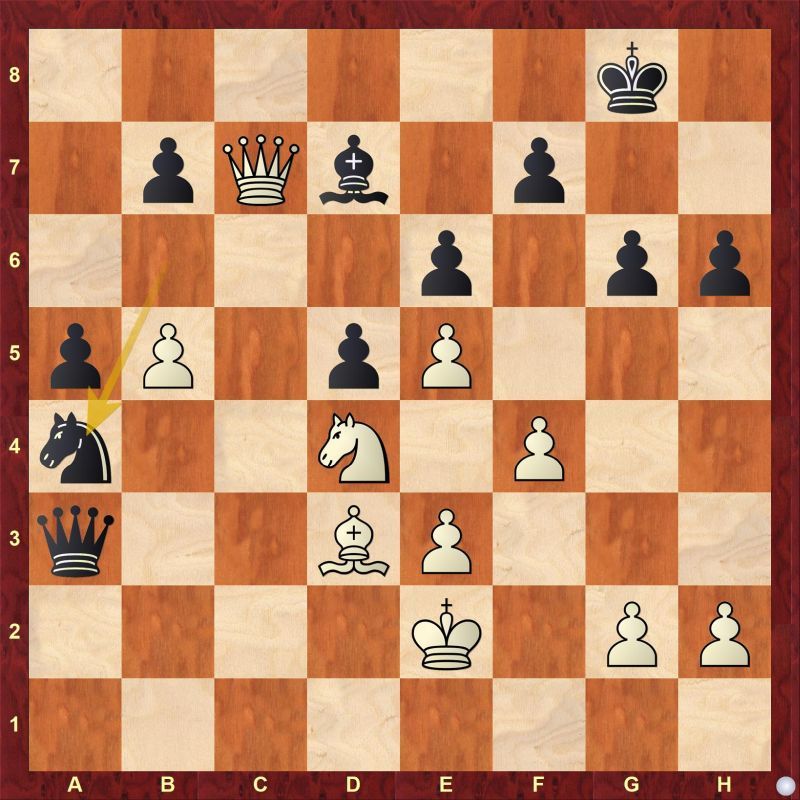 Find out the winning continuation for white after 33...Nxa4 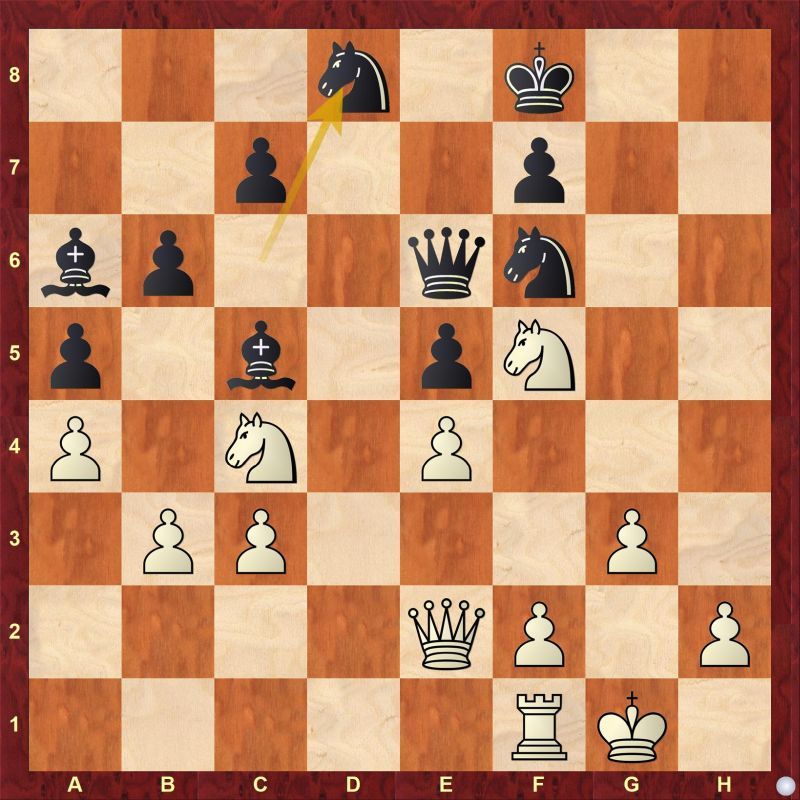 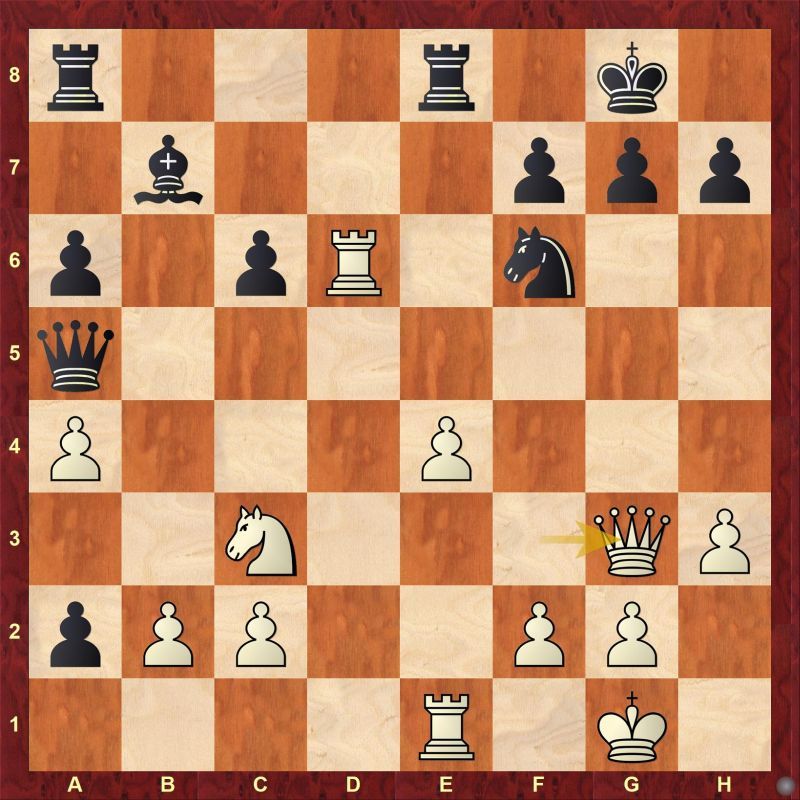 Black is already winning, find out the best continuation for black after 21.Qg3 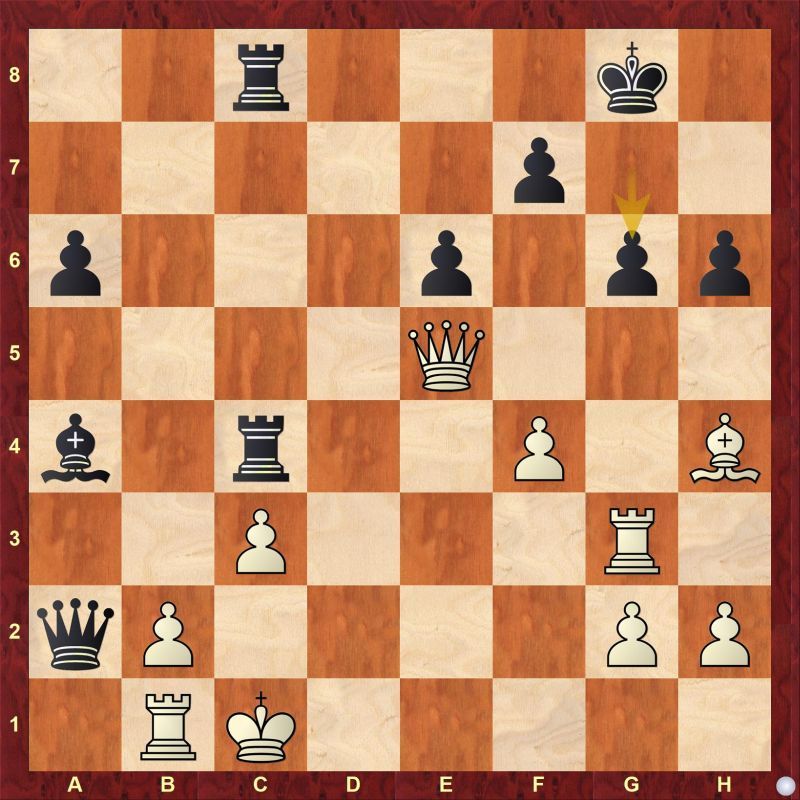