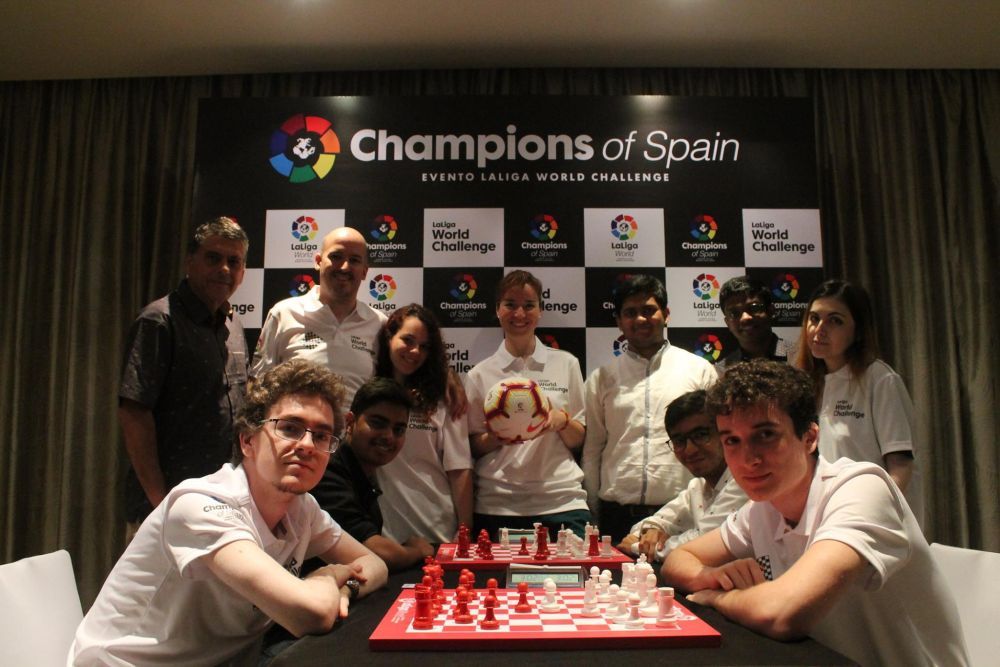 The camp had a lot of fun elements, like in the video below:

Abhimanyu Puranik and David Anton are playing a Bullet (1 minute each) game, but they are also saying a name after making each move. Can you guess whose names they are mentioning? Video: LaLiga4Sports facebook 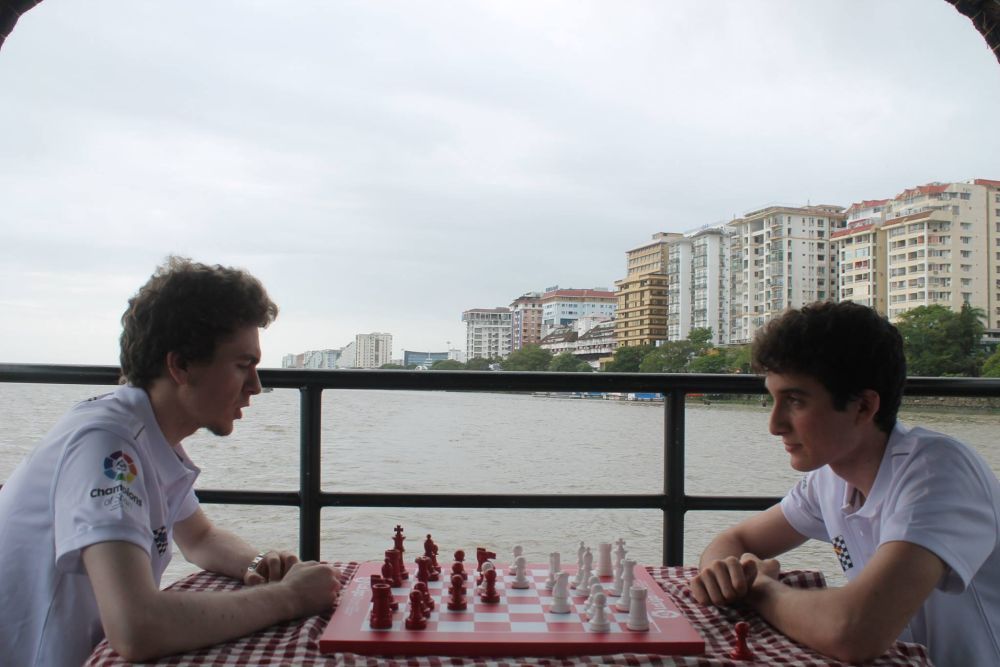 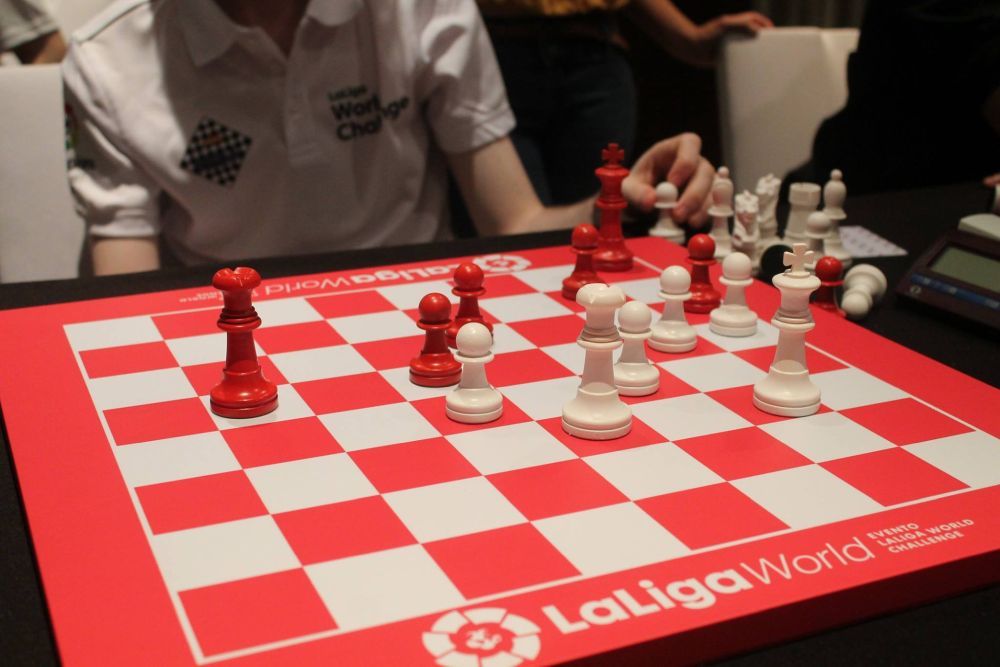 Custom chess board made for LaLiga World | Photo: LaLiga4Sports facebook

Both Team India and Team Spain took on local players of Kochi at Marine Drive's Rainbow Bridge on 26th July 2018. 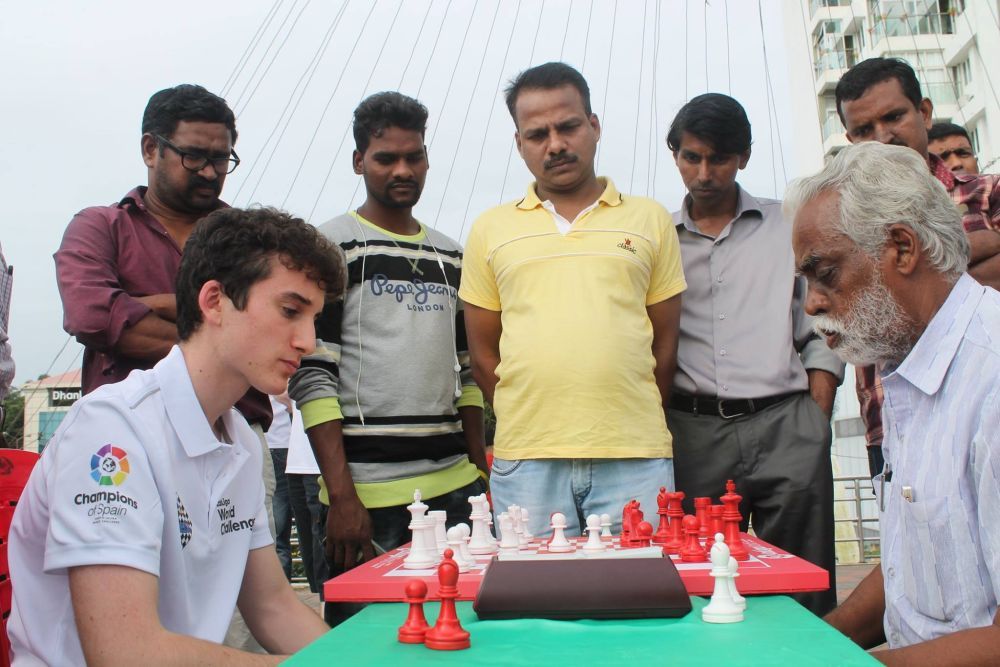 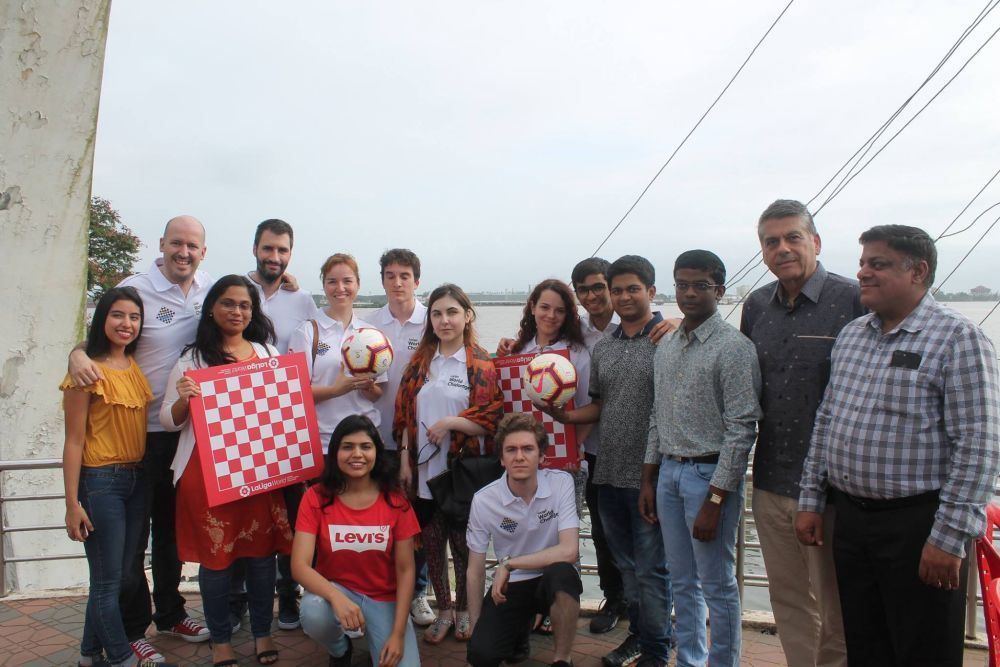 The entire Indian and Spanish team along with their coaches | Photo: LaLiga4Sports facebook

It was finally time for the Indian and Spanish chess team to take on Girona FC football team.