West Bengal is a sports loving state. There is no dearth of either talent or spectator in any sport hosted in this eastern state of India. The year 2019 witnessed six youngsters become an IM and one WIM, all of them being less than 18 years of age at that time. Sonarpur Utsav committee in South 24 Parganas District and Shyama Palli Shyama Sangha in Kolkata organized two open rapid events with restricted number of total participants following Covid-19 protocol and safety precautions in mind. Both of them witnessed a huge interest because everyone is chomping at the bit to get back to over-the-board events. Photo: Shahid Ahmed and Niklesh Jain

It has been almost a year since most of the players played any form of over-the-board chess. Thus when an open rapid tournament was announced at Sonarpur on 26th and 27th January 2021, naturally most of the players from Kolkata and the neighboring district Howrah, Hooghly, North and South 24 Parganas wanted to take part in it. 120 players participated in this two-day event which comprised of seven rounds. 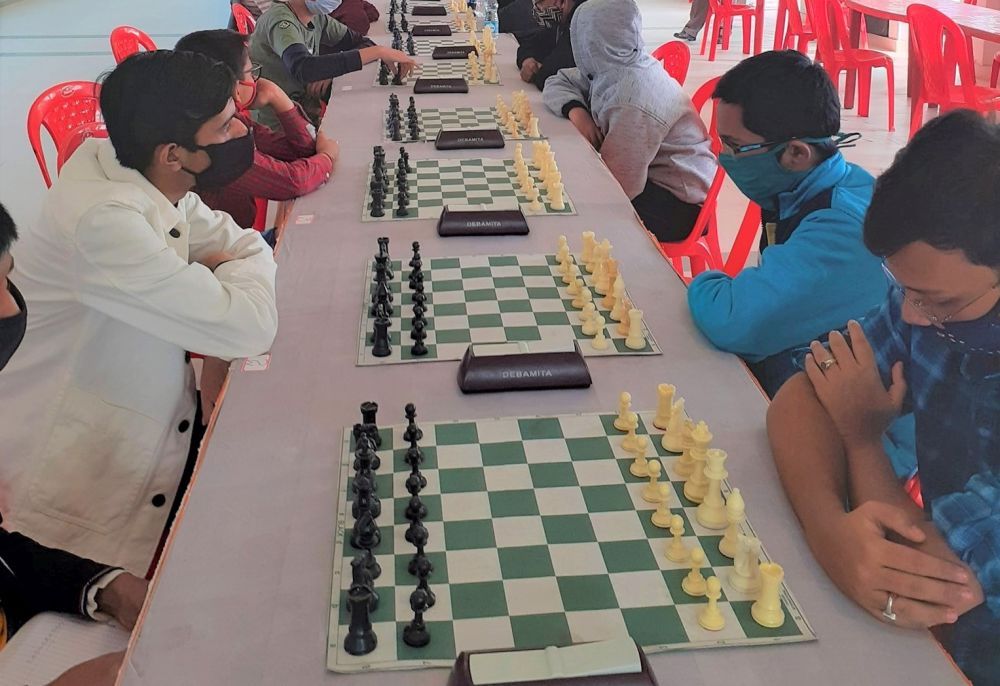 Mitrabha selected his best win of the event against IM Neelash Saha. 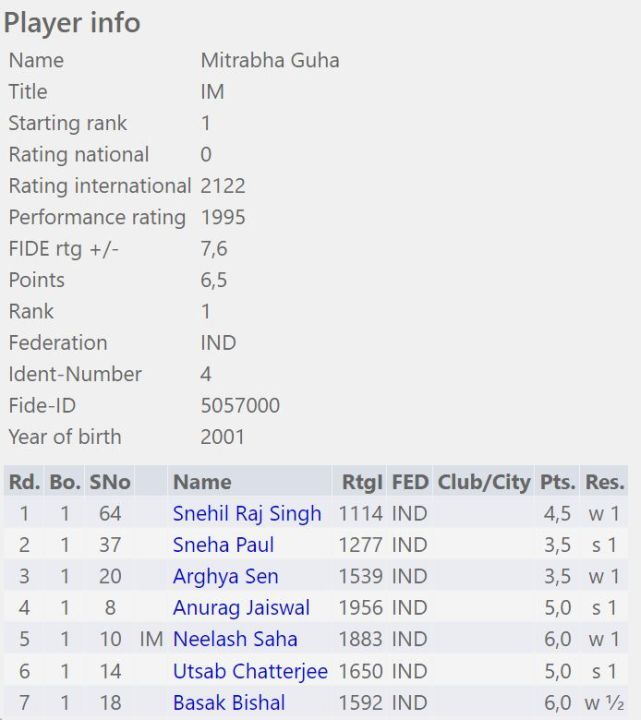 Less than two weeks after the conclusion of this event, I got an opportunity to catch up with Mitrabha at 'Khelashree' - Sports award ceremony where he shared his thoughts on playing otb chess after almost a year. 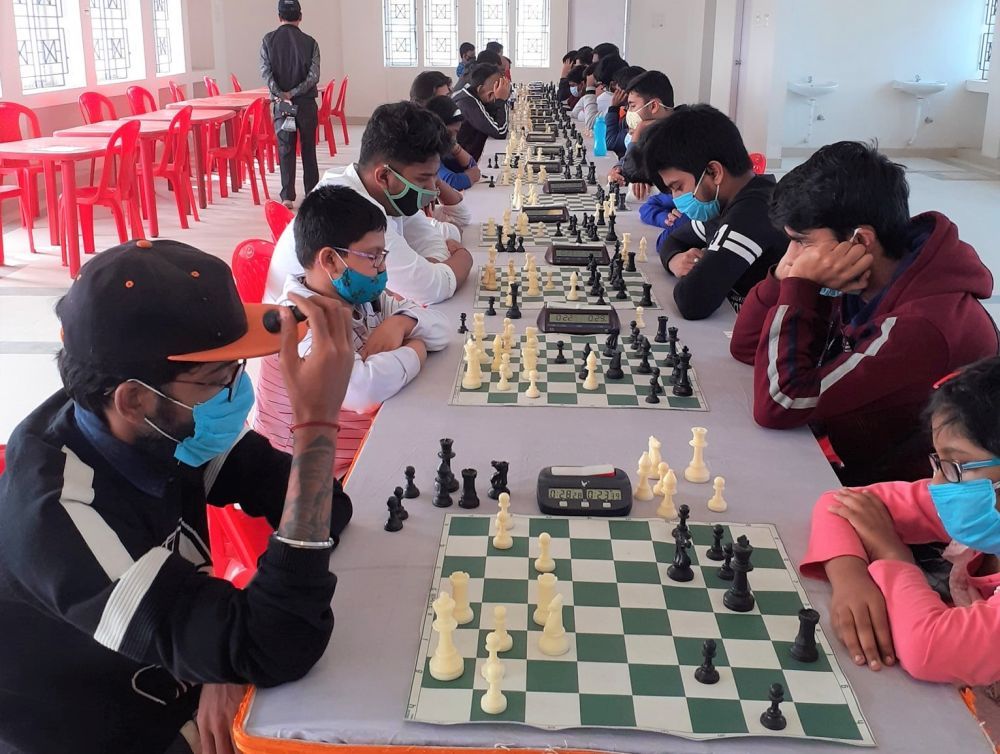 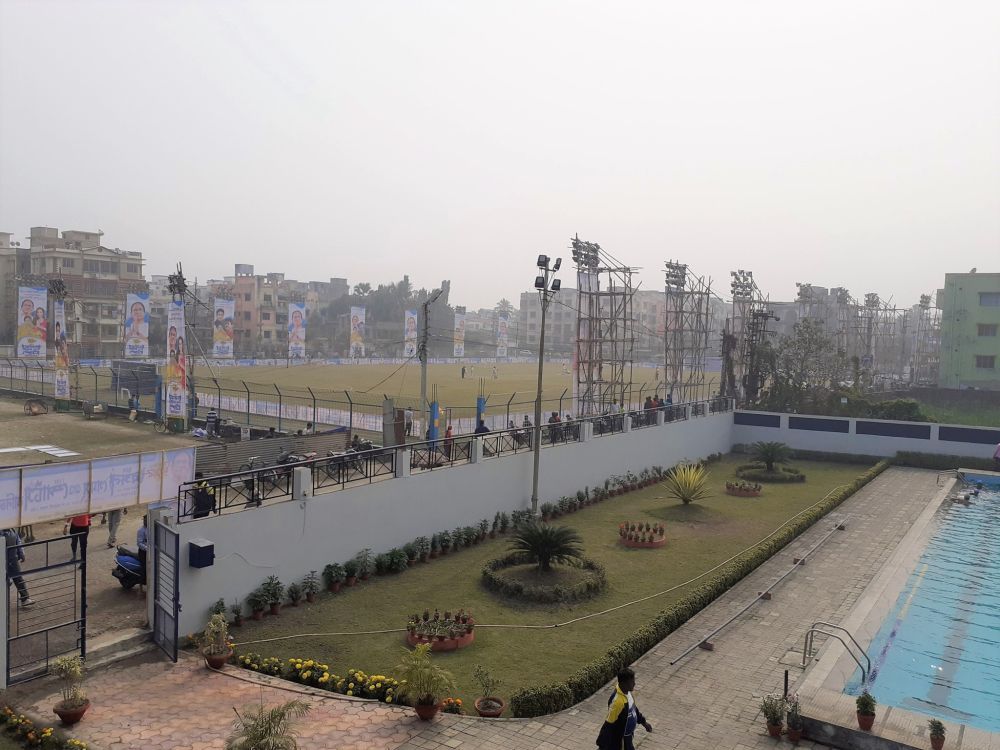 With a view like that, one would definitely want to get back to otb chess | Photo: Pintu Chatterjee

The tournament had a strong line up where five IMs took part and they finished in top six.

One day rapid event at Shyama Pally Shyama Sangha was held on Sunday 7th February 2021. 136 players including 2 IMs and 2 WIMs participated from various districts across West Bengal. The tournament had a 20-minute each time control, comprising of seven rounds.

Neelash selected his win against Utsab Chatterjee in the final round to be his best game from the tournament.

When I asked Neelash to share his thoughts about getting back otb chess after almost a year, this is what he shared,

"The outbreak of Covid-19 was a major blow to the world of sports but it hit chess in a different way. Unlike most other sports, chess can be played online and also saw a great rise in popularity during lockdown. Most of the chess players, including me, had to shift to online chess over OTB chess for almost a year and online chess is completely different than OTB in several ways. So, another sudden shift to OTB chess after a year is not easy to handle. Many key aspects to faster paced online chess includes: Flagging, getting away with small or large errors more frequently, and most importantly  premoves and predicting opponent's pre-moves. However, in OTB chess which is much slower paced even in its faster formats, these factors are missing (except the occasional flagging). So, playing in an OTB format after a year felt like playing a new variant of chess where although things are familiar, it felt much different than before, playing sitting in front of an opponent, making a move with the hand instead of a mouse and a different environment in general. So, as things are expected to get normal soon, I have drastically reduced the time I spend on online chess to try to get a hang of OTB formats once again and I am very excited to get back and play chess in the original way it used to be." 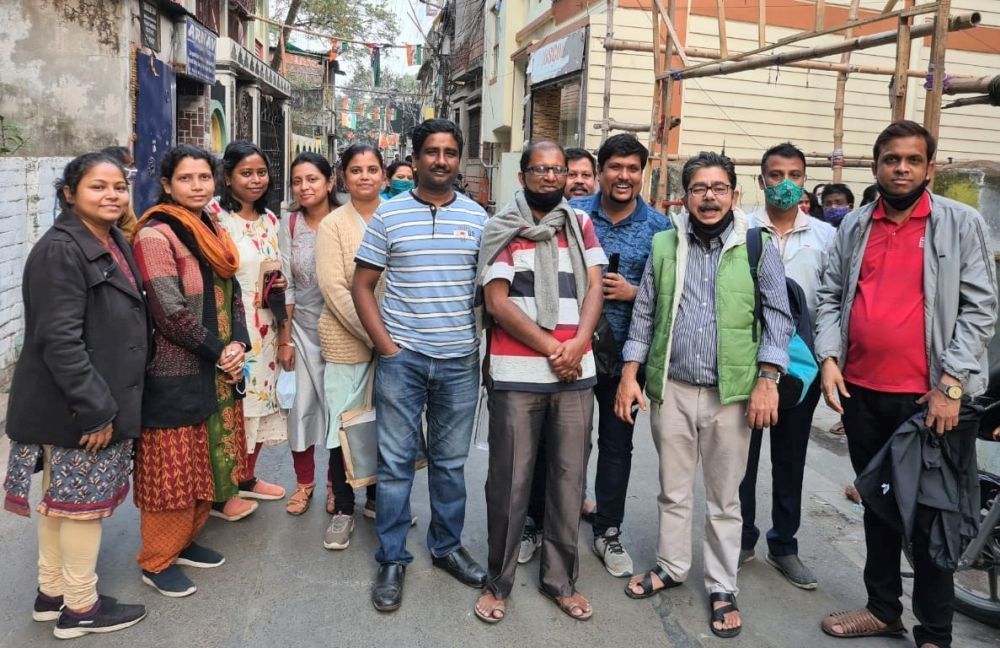 The enthusiastic parents - one of the most important pillar of any tournament | Photo: Amit Ray