National A 2019 for the Blind kicks off in Nagpur

The National A for Blind 2019 has begun in Nagpur from the 5th of January 2019. It is going to be an exciting event as top four players from this 14-player round robin event, qualify for the World Championship in Italy from 5th to 15th og April 2019. The favourite is definitely five-time National Champion Kishan Gangolli, but he will be receiving stiff resistance from youngsters Aryan Joshi. Marimuthu, Soundarya Pradhan and others. Regular readers of ChessBase India will remember that the 2018 edition of the National A for blind happened because of the crowdfunding done on ChessBase India. It's a pleasant feeling to see that the 2019 edition has kicked off without any issues and is being smoothly organized. Check out the round one results. 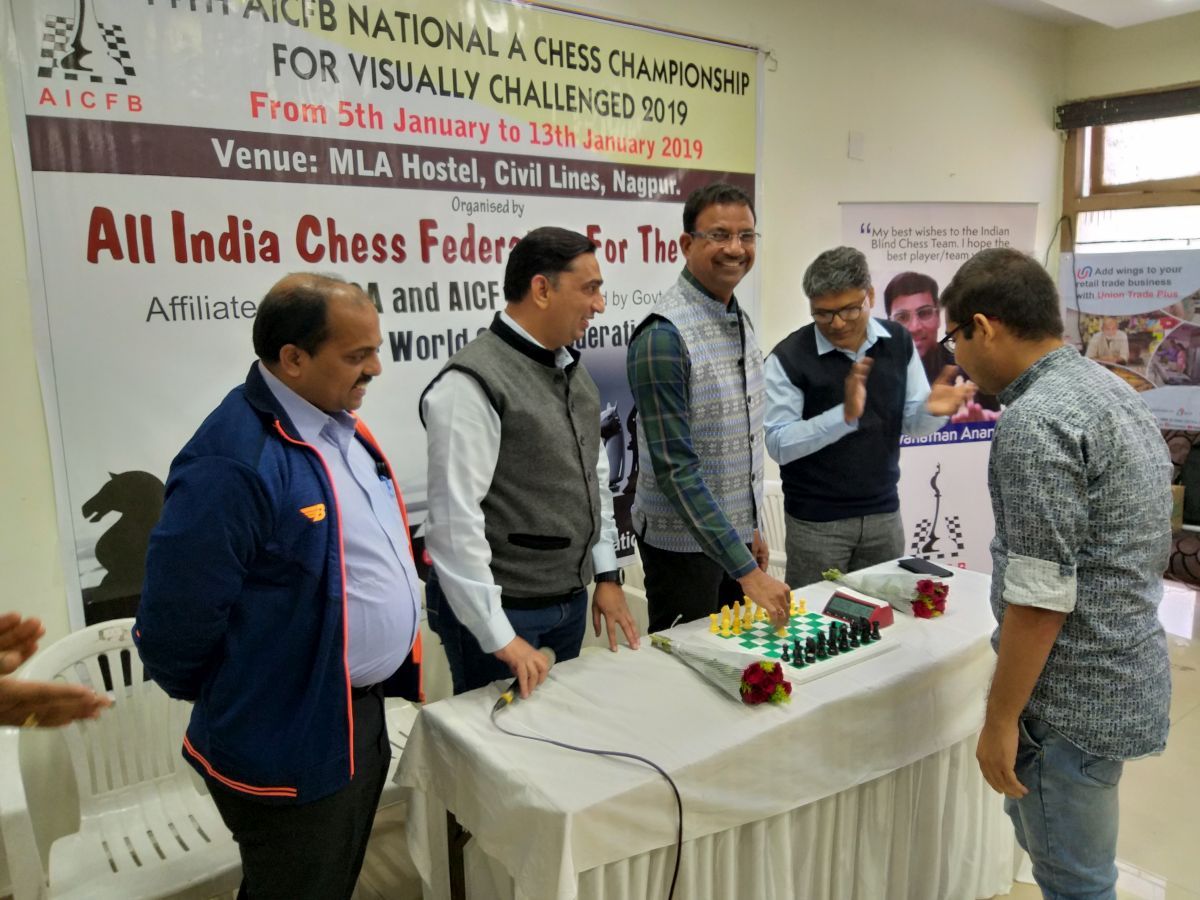 Sri Manoj Itkelwar Vice President, AICF inaugurated the championships in presence of Sri Anup Deshmukh, International Master, Sri Manish Thool General secretary AICFB, Sri Swapnil Shah Treasurer AICFB. Manish Thool welcomed the gathering followed by some some enchanting and motivating speeches by other dignitaries. Vote of thanks came from Mr Swapnil Shah and the first round of the tournament started at 3 pm as per schedule.

Participants of National A 2019 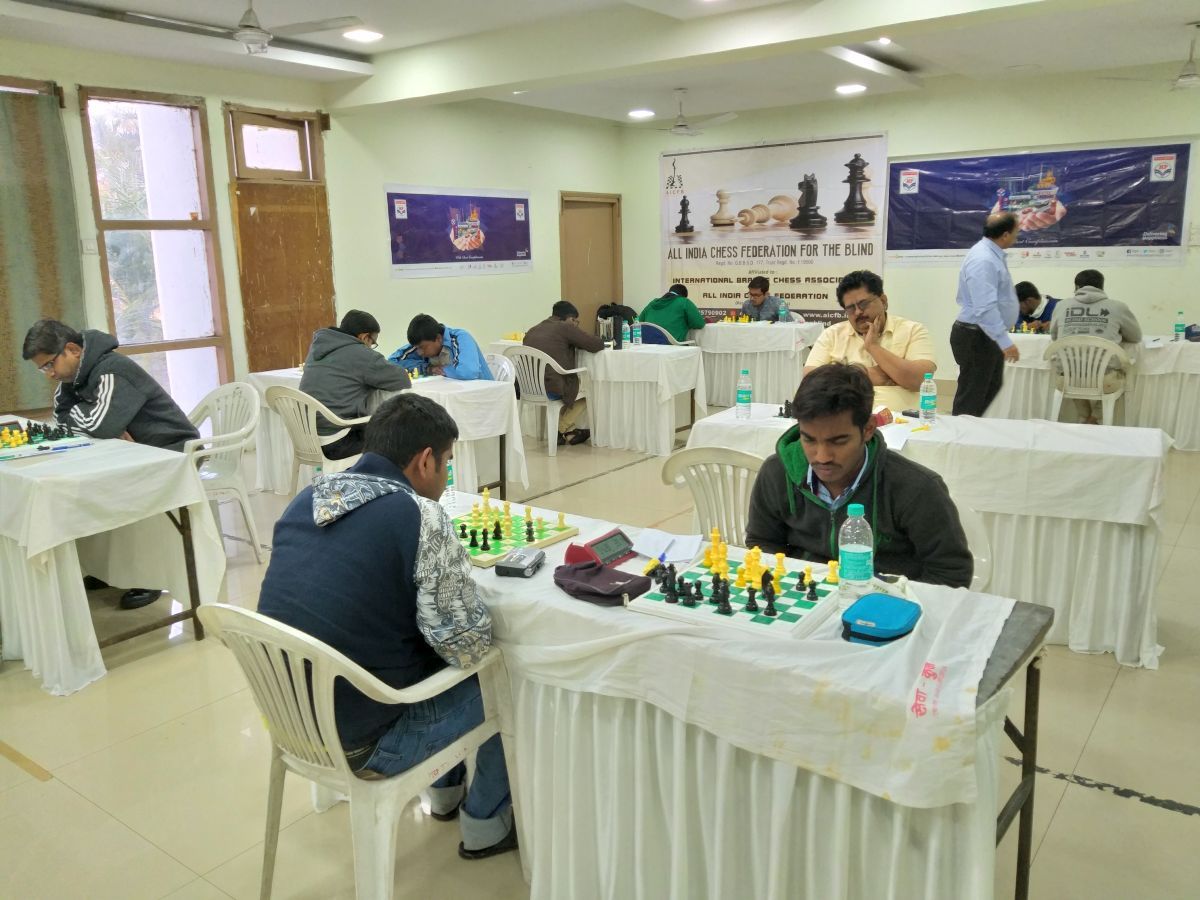 Playing hall of the National A | Photo: Murthy Manjunatha

The upset of the day was surely Soundarya Kumar Pradhan losing to K. Marimuthu. 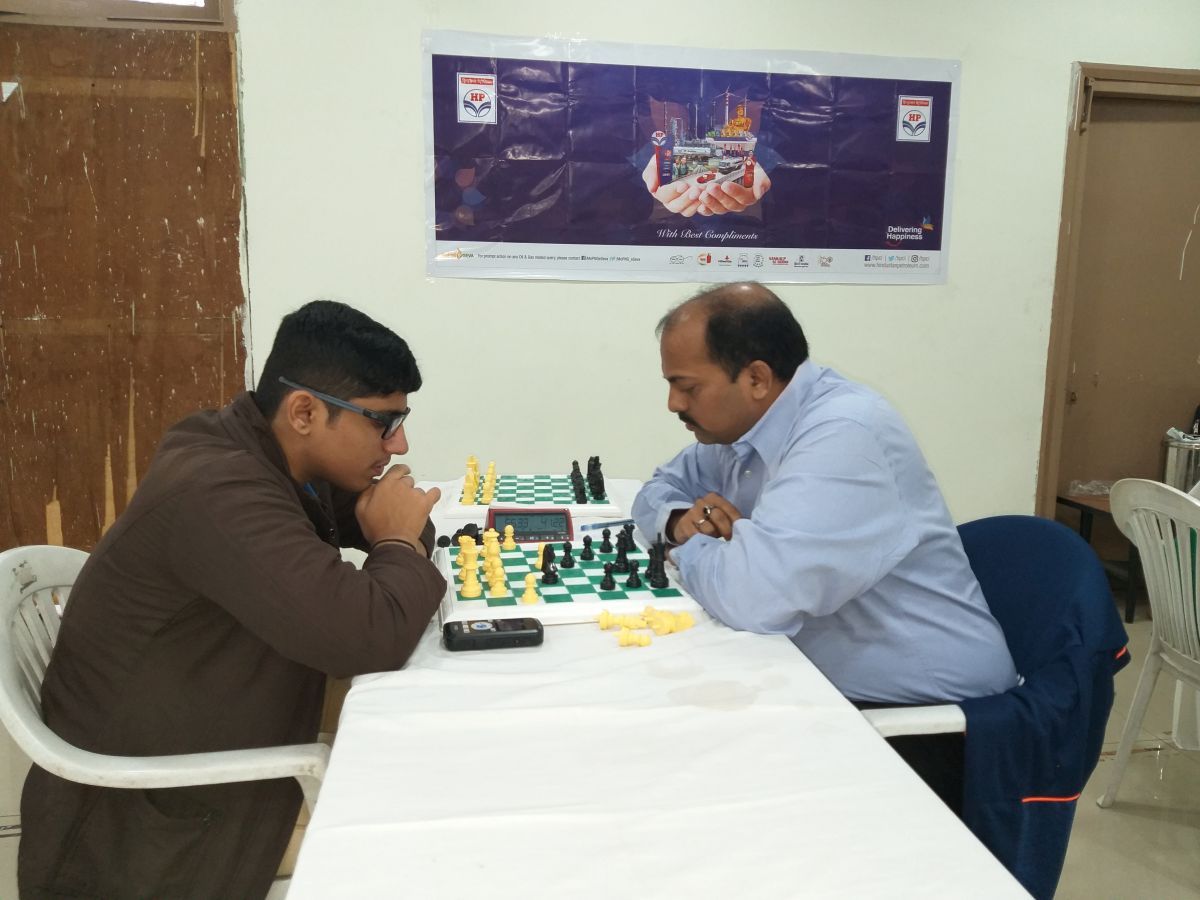 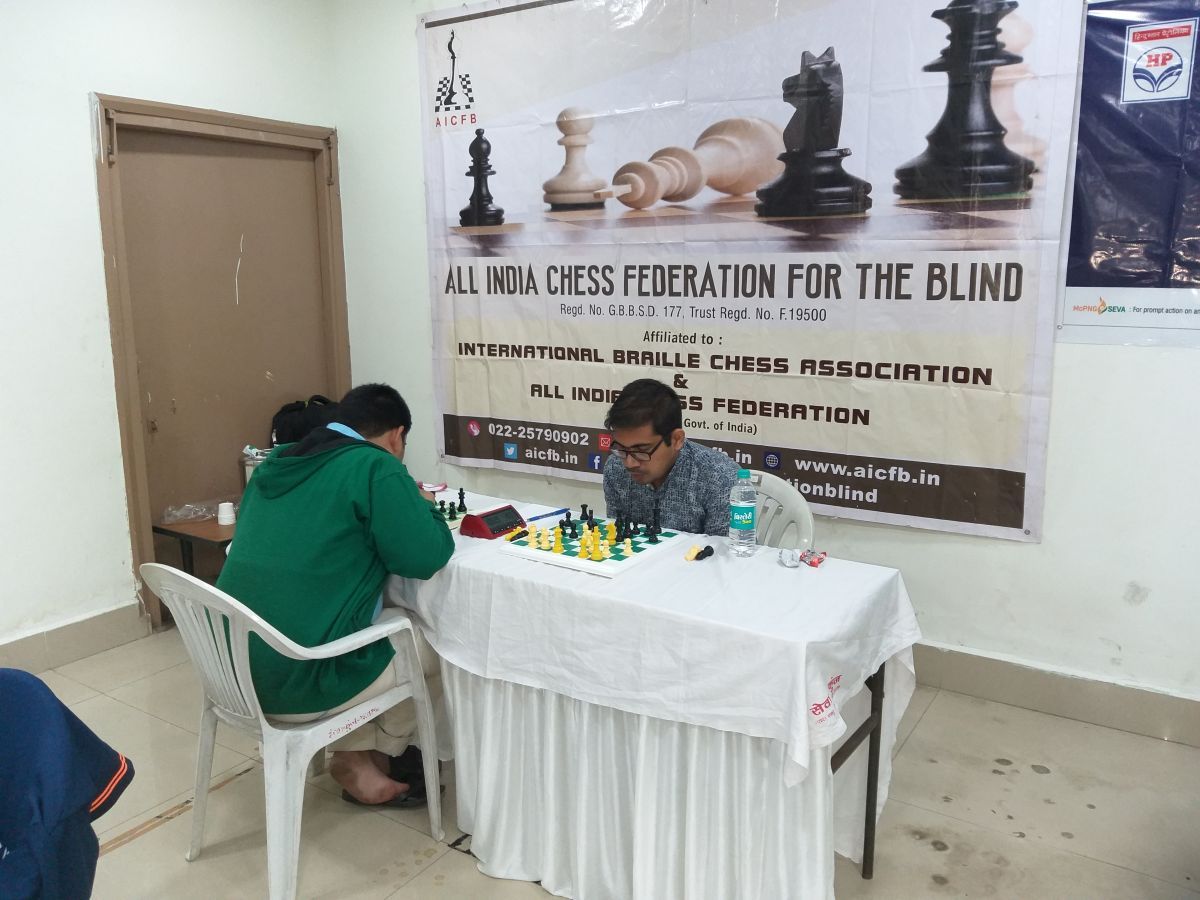 Murthy Manjunatha is the chief arbiter at the National Premier 2019. He has been an arbiter at blind tournaments since many years and conducts the proceedings with great speed and accuracy and a human touch!