Marshall Gambit was an opening that was in great popularity back in 2007. Almost all the top players played it and there were serious theoretical discussions on it. The opening has stood the test of time and it is not possible to refute it. However, Anand and Peter Heine Nielsen came up with this interesting plan of 13.g3! It put Svidler in a spot of bother. With some very creative manoeuvring like fianchettoing the knight and undeveloping the bishop, Anand was able to beat Svidler. With this he took sole lead in the Mexico World Championship 2007 with a score of 3.5/5.

After second round win against Levon Aronian, Vishy Anand had slowed down a bit. Two draws followed against Kramnik and Morozevich. It was time to score a win and he did so by beating Svidler in the fifth round in the white side of the Marshall. Round five was played exactly ten years ago on 18th of September 2007.

Standings after round five: Vishy Anand is the sole leader

Important points from the above video:

It was the Marshall Gambit. We thought at least the Petroff would be minimized to two opponents. The Marshall we had spent really a lot of time on because it was very much Svidler's weapon and also Grischuk and Leko's. Aronian could also play it. We calculated that at least four of our opponents could play it and so we prepared hard. The first game was against Svidler in this variation and it went really well.

This is the accepted Marshall. and at that time it was reasonably popular. At some point it completely vanished and then it was back again and now it's vanishing again. Fashion goes back and forth all the time.

SS: What do you think about the Marshall?

It's a good opening. It was also Magnus Carlsen's preparation for Karjakin in the recently concluded World Championship Match in New York and it worked very well, although Karjakin never challenged the lines. There are many good openings in chess, but Marshall stood the test of time and it's a great opening no doubt and it seems to me that Black has special compensation for the pawn. 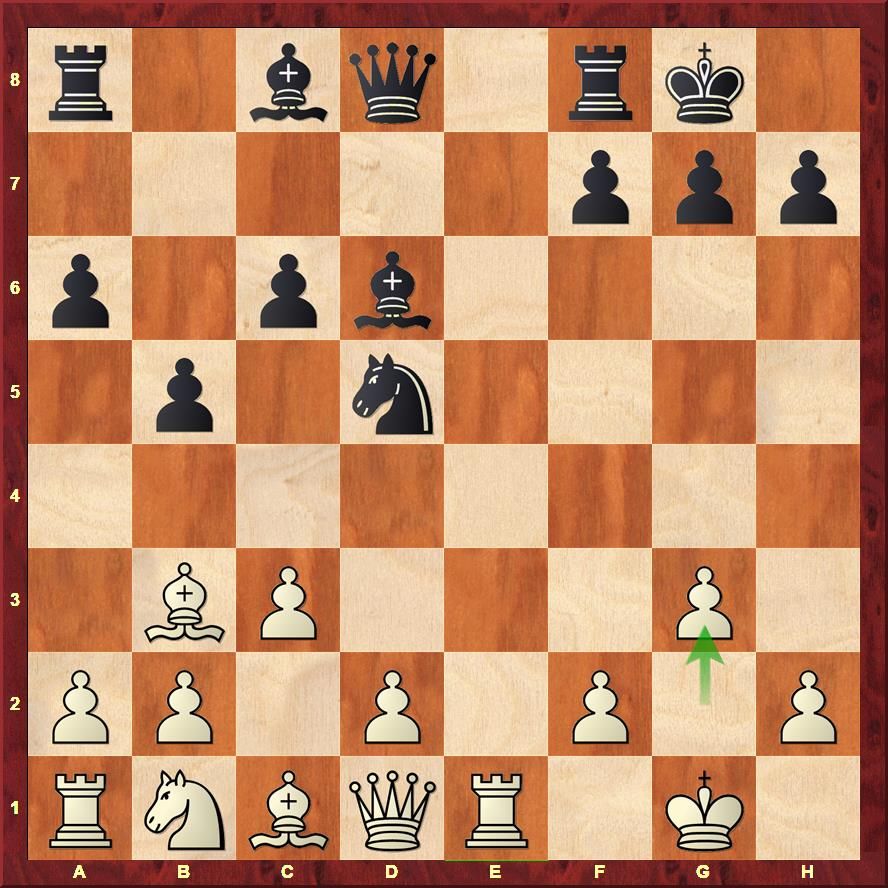 At that time we looked at this strange idea of 13.g3. Later in this position Grischuk or his seconds started playing Ra7 which is a strong move. Later in this tournament Vishy would be white against Grischuk, so most likely this was Grischuk's counter preparation.

Svidler played the main line and we had prepared some details that I am not able to completely remember but the position I would talk about is maybe here move 25th Ng2.

I had a strong recollection that we were discussing these ideas and Vishy really liked to get his knight on g2 and I am pretty sure at that point I had no idea that why he thought the knight is good on g2 and I still really don't understand (laughs). But maybe it's a great defensive square and I mean everybody would normally have the bishop on g2 and knight f3 but he was very happy about this set up and somehow he is very good at absorbing the initiative. I don't know exactly but, well you have some strange memories and one of them is that the thought that the knight on g2 is great. It turned out incredibly well.

I think later Peter found some solutions for black. We are not trying to refute the Marshall. We are trying to win a chess game at the World Championship. So I think at that point, we were very happy about it. Vishy managed to put him under lot of pressure. Again I tend to focus on the opening phase going well because that's my job. It's a nice playable position, probably a bit advantageous to White, but that's kind of it. Just like the game with Aronian, Vishy plays incredibly well and converts the game.

I think especially for the start he made some nice moves with his rook, maybe that is simple but especially the move 32.Bc1, if you are a very strong player that is very simple but it looks very dangerous, right. 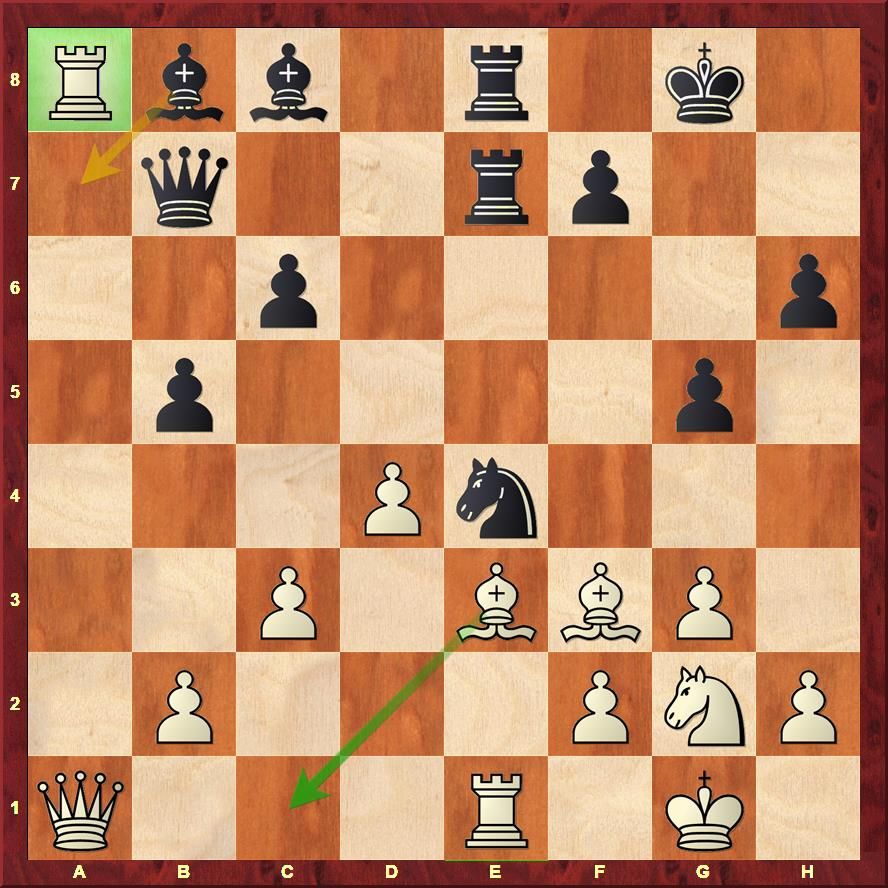 Vishy played Bc1 here. What is the point?

SS: I don't even understand what the idea of the move is.

You would probably play Bc1 to e3 right, that would finish your development!

SS: But it looks really counter-intuitive.

of course, it does. I guess, well may be there is some kind of overload in the black position. There is some pin in the e-line, well I don't remember. Give me some time with the computer and I would try to figure out but I am saying when things go well they tend to go really really well. I would like to praise myself and Vishy for the opening phase, but that's not what decided game. A lesser player could easily lose this kind of position but not Vishy. Being his second is to help him get a position that he can do well in. and the Kramnik match that happened extremely well. Probably any other human would have hated Vishy's position, but well you can see Vishy played his best chess ever.

SS: You said that Vishy needs to get a position where he feels good. What are these types of positions?

It also depends on the opponents and such. It depends also on the phases, which kind of shape you are in. At that time, he felt he was the strongest payer in the world in complex positions. Basically he would not be afraid to play Najdorf against any player with white. You can see him challenging people to play sharp Merans and sharp anti Moscows. He was really doing that and you saw the match with Kramnik. He won two very famous games in complex Meran positions. Basically we thought if we could get people out of their comfort zone with something tactical like this, there is good chance he would outplay the opponent and that worked incredibly well. I think Kasparov was doing similar things, he would also try to crush people in the opening. Not like Magnus who would say okay I will get a quiet position with nuances and I am going to beat them in a long game. There are no big secrets around there.

SS: But at this point, two victories, three draws, an excellent tournament.

Well this was going you can say according to schedule, but if anything much much better than that. Well of course with white you normally try to push for a win and with black too Vishy was trying. +2 after 5 rounds is an excellent result. In 2005 Topalov started with 6.5/7, but in normal circumstances it is a great success.

A big thanks to Amruta Mokal for helping me in transcribing this content.

This series of articles intends to celebrate this huge occasion in Indian chess - our star becoming the undisputed World Champion. Follow us on the journey. The sixth round was played on 19th of September.