The Marienbad Open 2018 was held in the Czech Republic as a part of the Czech Tour. Father and son duo Prashant and Raahil Mullick visited the tournament. Raahil won quite a few rating points and Prashant brings you high quality reporting. Marienbad, known as Marienske Lazne, is a fairy tale town covered white with snow. The festival had eight events - two GM norm tournaments, three IM norm events, one open classical, one rapid and one blitz. A lot of Indians participated. One of India's top female players Bhakti Kulkarni sends us her win over a 2566 GM - Plat Vojtech and we also have for you the interview with Czech Tour director Jan Mazuch. All the information to help you plan your trip for the next Czech Tour. 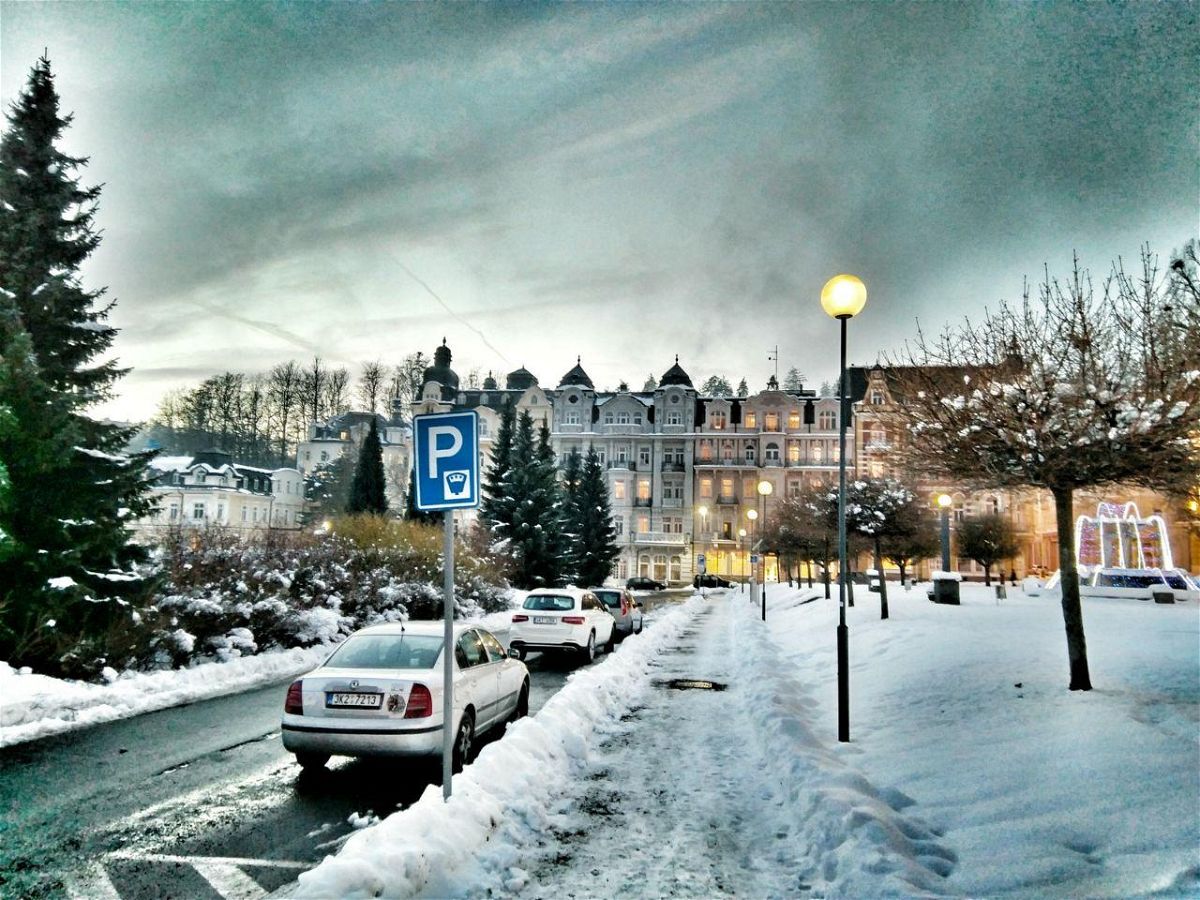 Seventeen continuous years of successfully running a chess tour, the organizers of the Czech Tour are confident of further growth and participation from chess players from all over the world for more. The 17th Marienbad Open was a multi-format chess tournament held between 20-27th January 2018 in the picturesque spa town of Marienske Lazne, Czech Republic. The tournament included five closed events and three open tournaments comprising all the three formats of standard, rapid and blitz chess. The closed events included two grandmaster round-robin and 3 International Master round robin tournaments.

Marienske Lazne is a small town that forms the West Bohemian spa triangle with the towns of Karlovy Vary and Frantiskovy Lazne in the Czech Republic. Winding through the small lanes of the town, you will find a small boutique hotel, Hotel Polonia where the 17th Marienbad Open was held. This elegant, ornate hotel provided the venue for some exciting chess and played host to total of 200 players amongst 61 FIDE titled players from 23 countries all across the world from Europe, UK, Australia, Singapore and India. 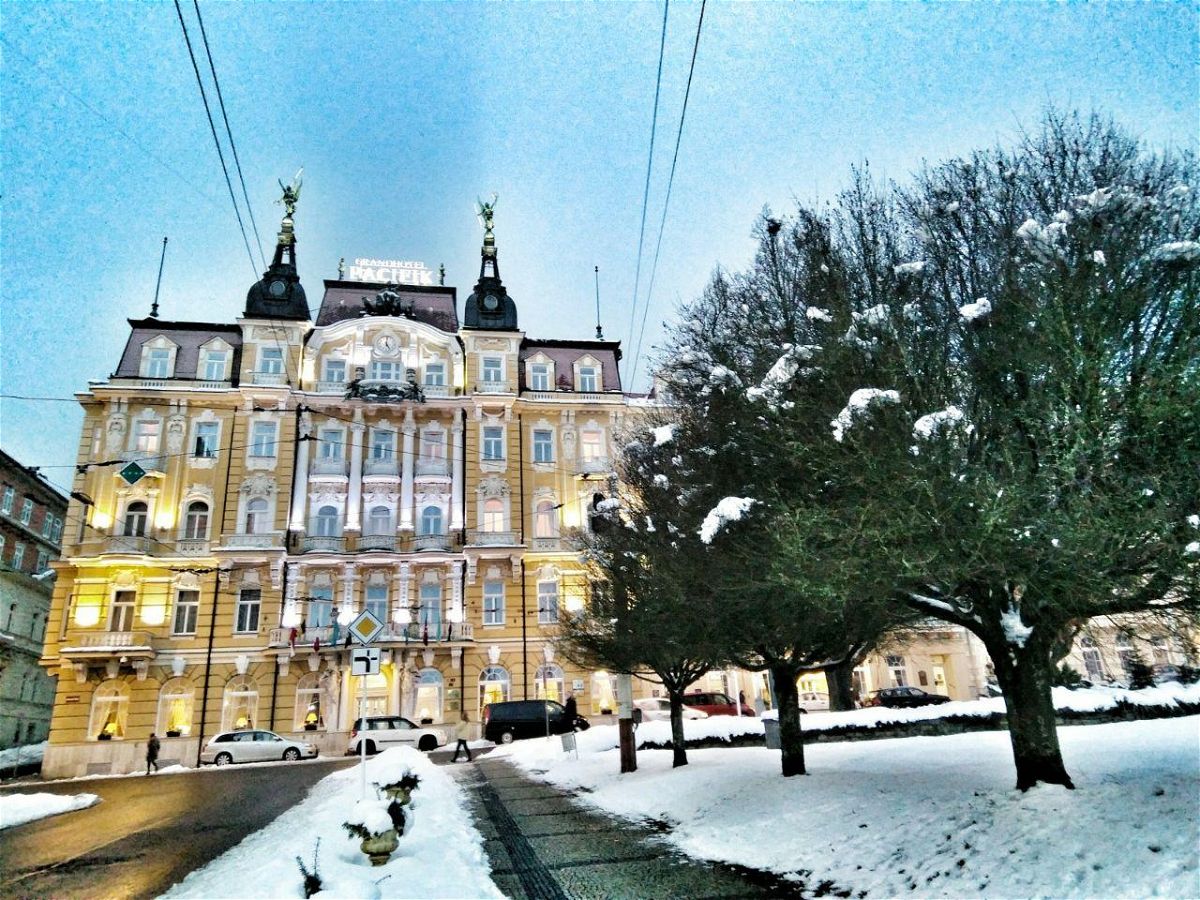 Hotel Polonia, the venue of the tournament | Photo: Prashant Mullick 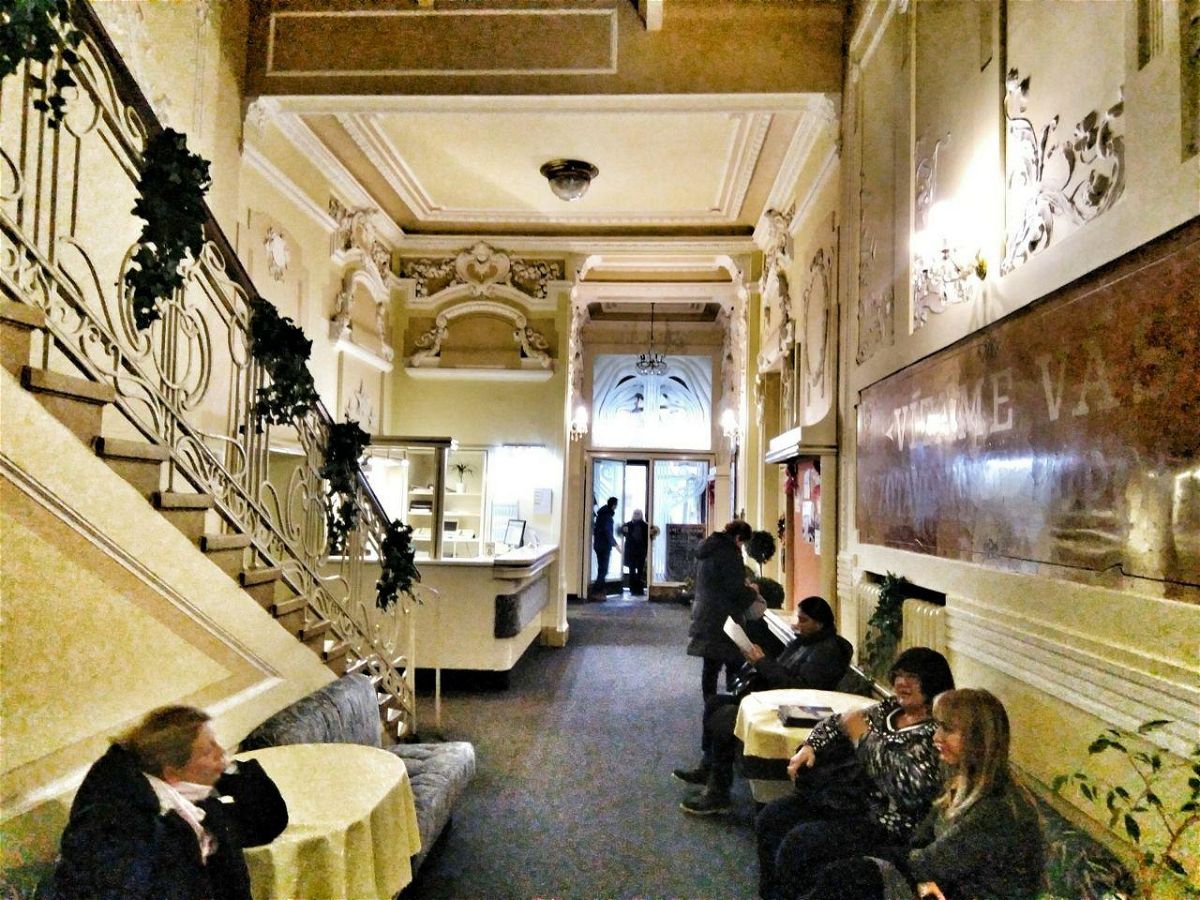 The entrance of the playing venue where usually the parents would wiaait for the ir children | Photo: Prashant Mullick 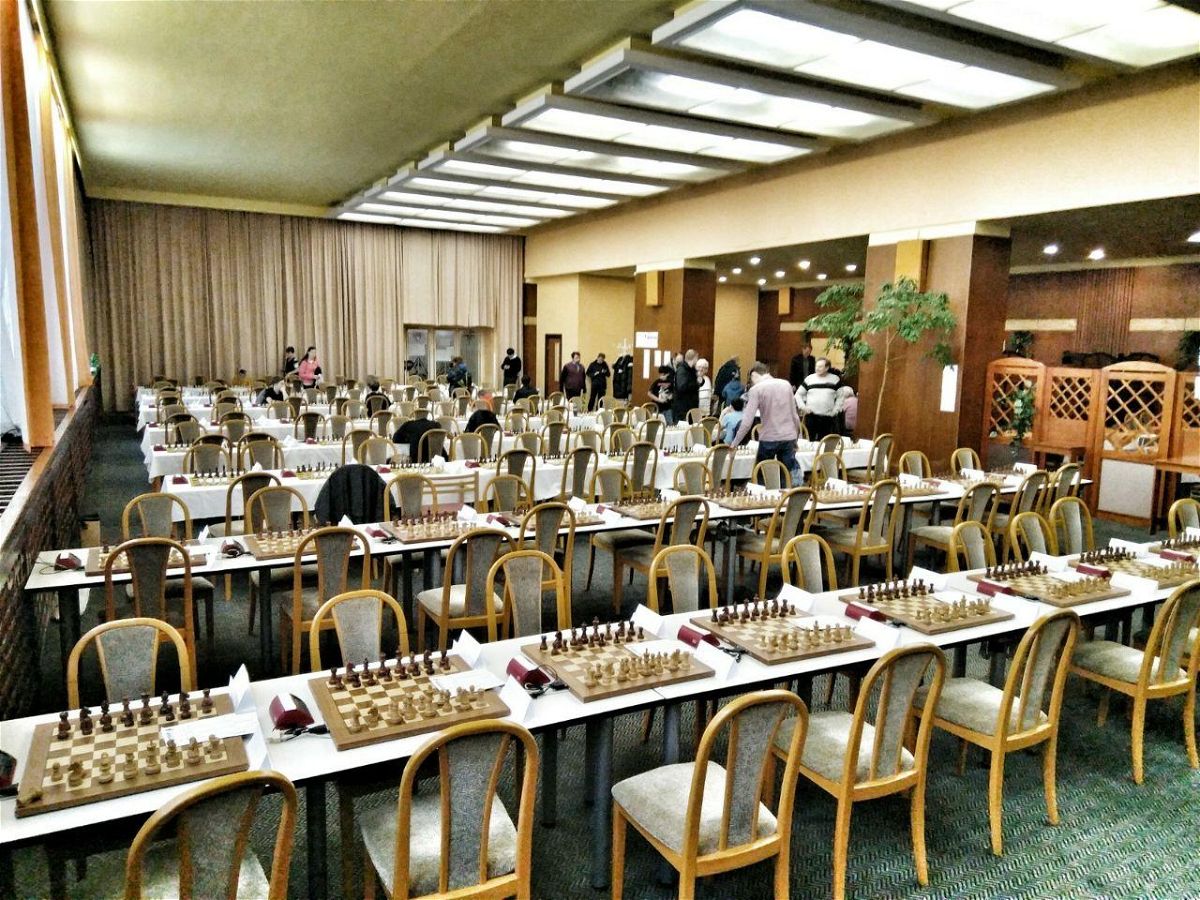 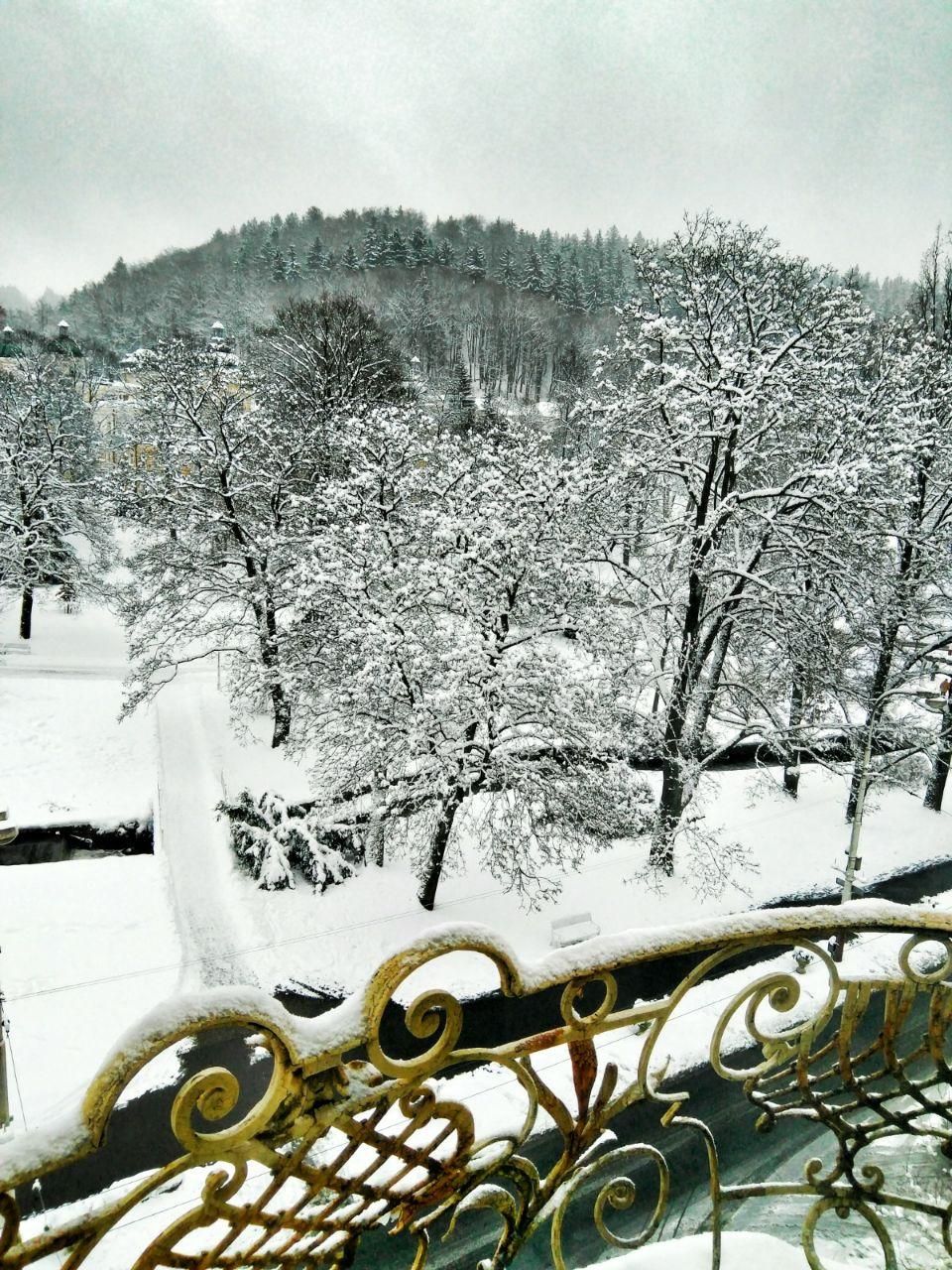 All covered in snow. The view from the room | Photo: Prashant Mullick

The wide and spacious tournament hall was well secured from the freezing temperatures of the Bohemian winter snow outside. You could even see several players taking a quick walk into the wintery outsides during the game to cool-off! We spoke to the Tournament Director Dr. Jan Mazuch about how the tournament has changed over the years from a small event and handful of players to the 200-participant strong event it is today. He also talks about what makes this tournament special in comparison to the other concurrent tournaments in Europe in January.

Interview with Dr. Jan Mazuch, the tournament director of the Marienbad Open 2018

Several of the Indian players who played at the preceding Prague Open travelled to Marienske Lazne to participate. After securing his 2nd IM norm in the Prague Open, Raahul VS played some tough games in the B1 International Masters category in this event and scored 2 wins against International Masters but fell just short of securing the 3rd IM norm. Other players from India including WGM Bhakti Kulkarni, FM Srinath Rao, FM Nitish Belurkar had good outings with FM Nitish Belurkar even scoring a podium finish with 2nd place in the Blitz tournament. 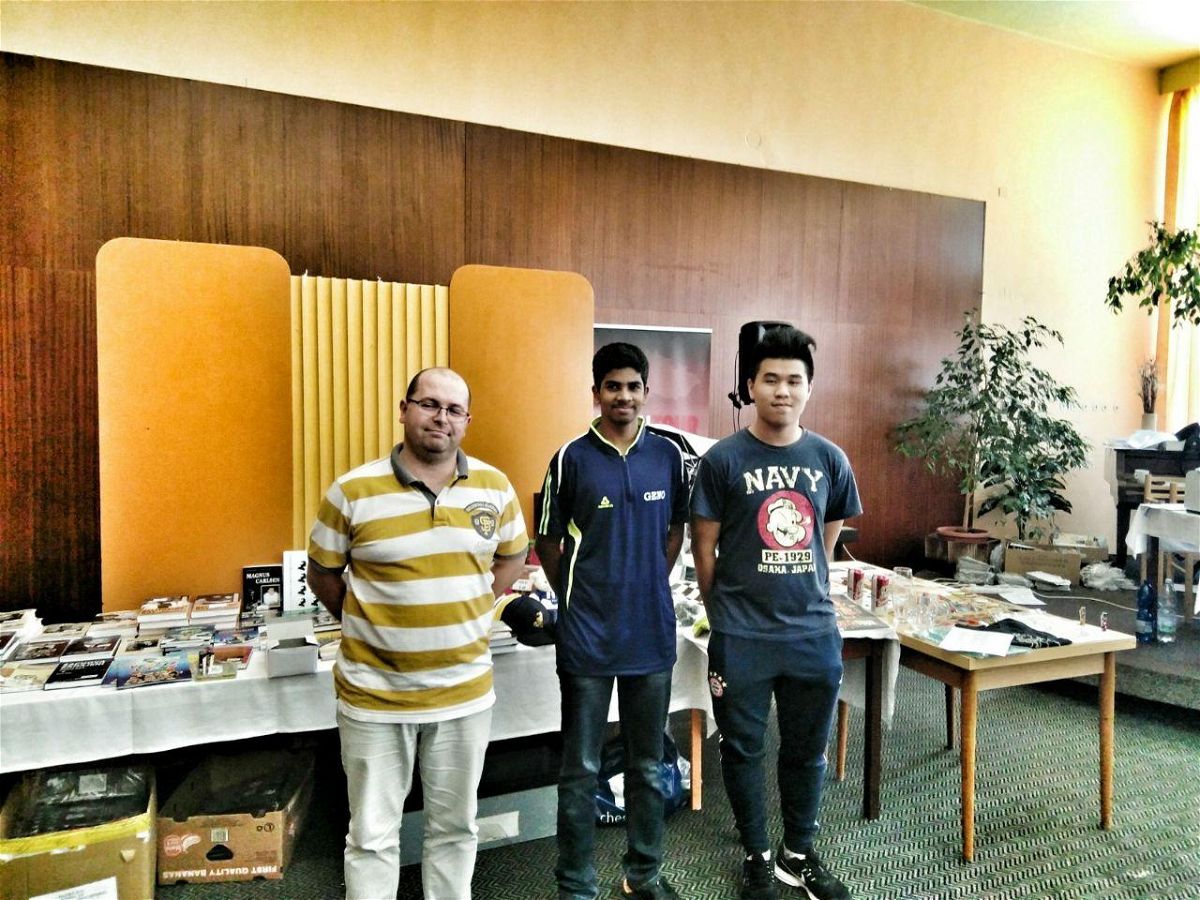 The position was equal, but our ratings were not! 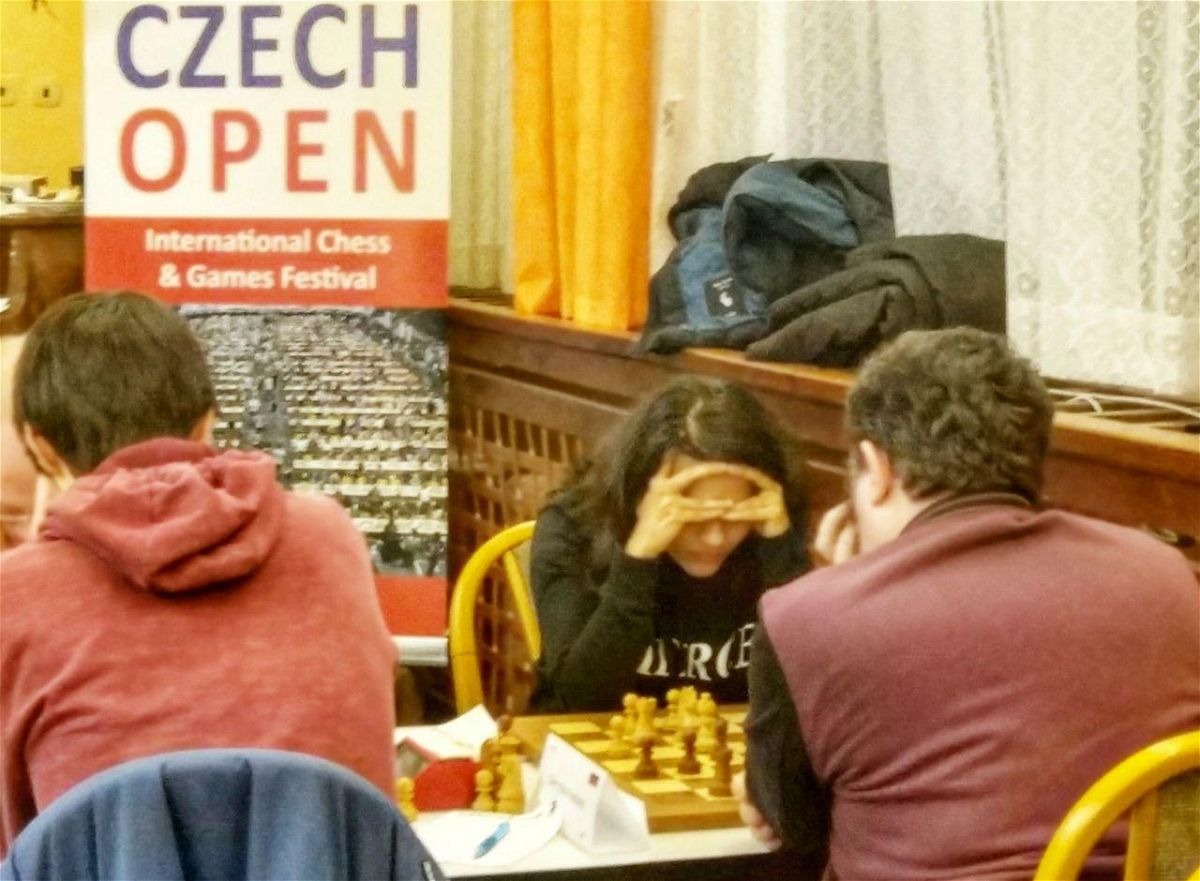 Bhakti Kulkarni doing what she does the best. Fighting hard.

After the tournament we asked Bhakti as to how it felt to play in the GM norm tournament. She replied, "It was great. I learnt a lot." Although she was able to score just 3.0/9, she played a lot of fighting chess and shares her win against a 2566 GM Plat Vojtech. Plat played the exchange variation in the Slav and the game looked like it was equal. But as Bhakti nicely put it, "The position was equal, but our ratings were not!" Enjoy the game with Bhakti's annotations: 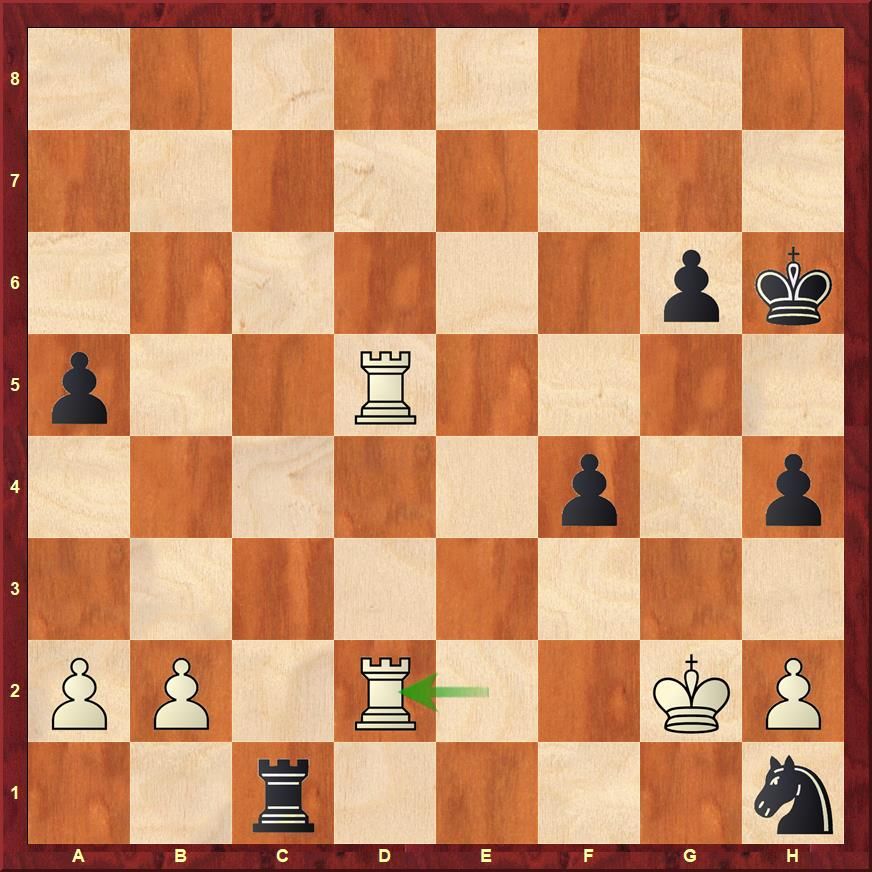 Bhakti, who was white, was winning throughout the game. White's last move Red2 was not the best. Now Black has a wonderful defensive idea up his sleeve. Can you find it?

The Czech Republic accounted for the largest contingent of players, the strong players from Poland impressed everyone with their attacking tactical play, especially the young Polish players in the Open event. Poland secured 4 out of the top 5 finishes with first place going to FM Grela Kacper. 2005 born Filip Luczak created a sensation by remaining unbeaten and finishing in 3rd place. Here in this interview, Filip talks about his favorite chess players. You will also find a mention of India’s sensation IM Praggnanandhaa and what the Polish kids think of his games.

Interview with two Polish talents and their fathers

The Czech Tour is concluded with the final leg at the Liberec Open held between 24th February to 3rd March 2018. This winds up the 10 tournament chess calendar of the Czech Tour organized by AVE-KONTAKT under the leadership of Dr. Jan Mazuch. 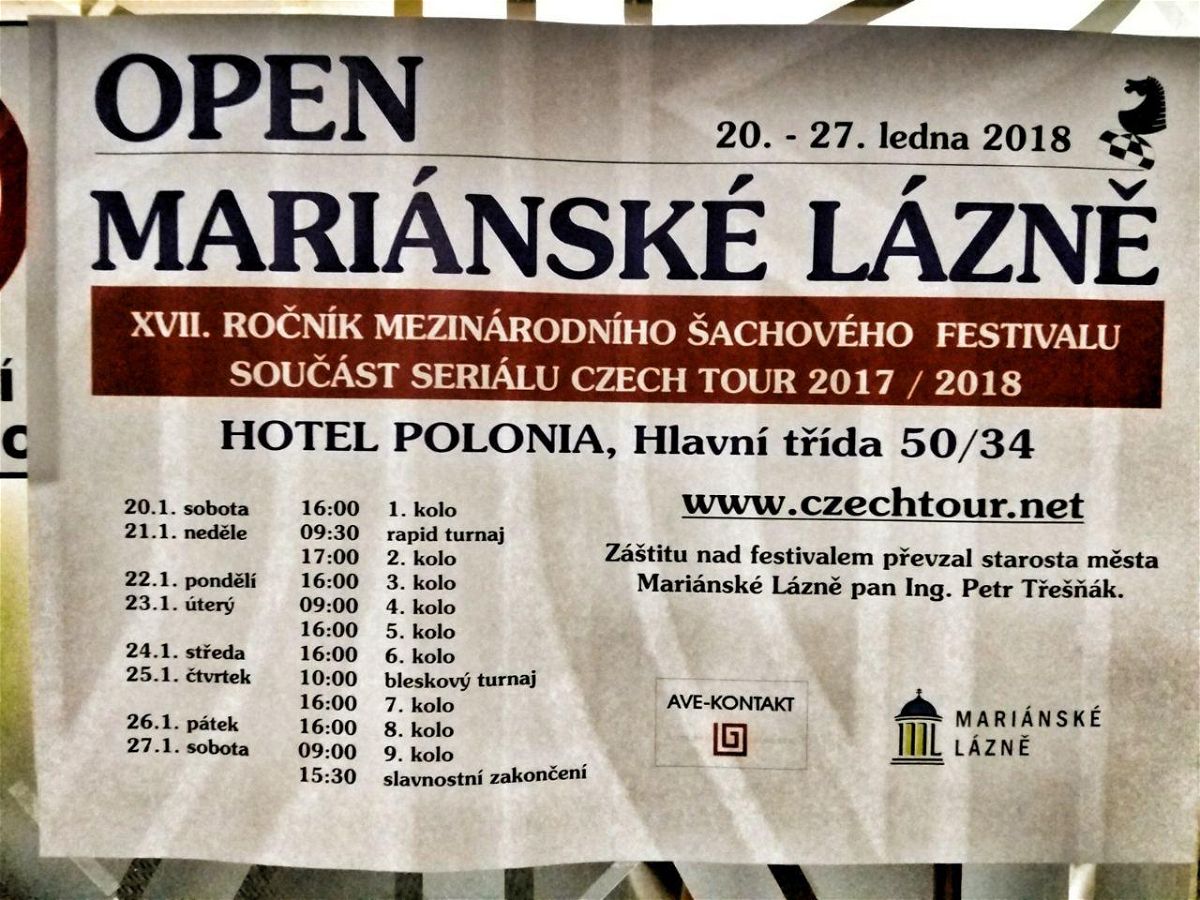 The schedule of the Marienbad Open 2018 | Photo: Prashant Mullick 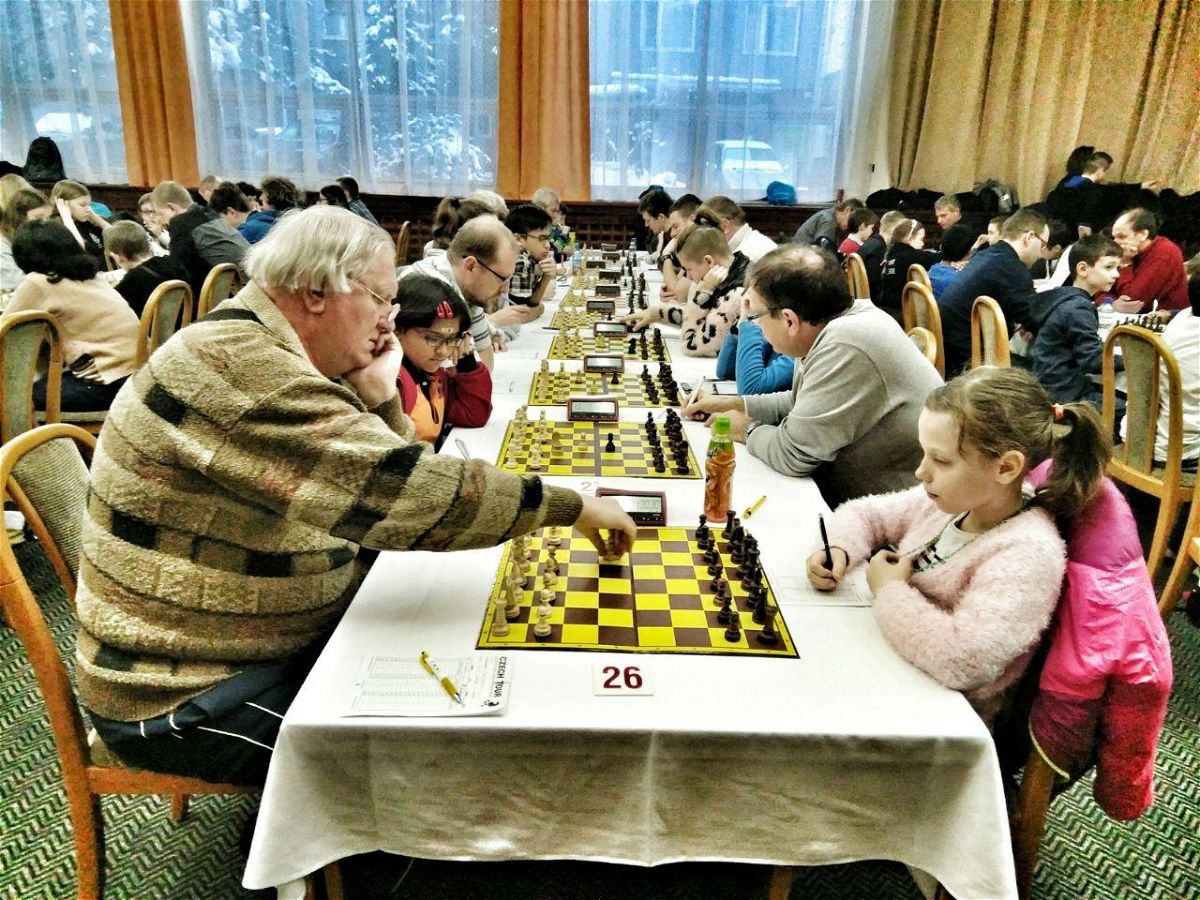 Chess always brings with it the battle of generations! | Photo: Prashant Mullick 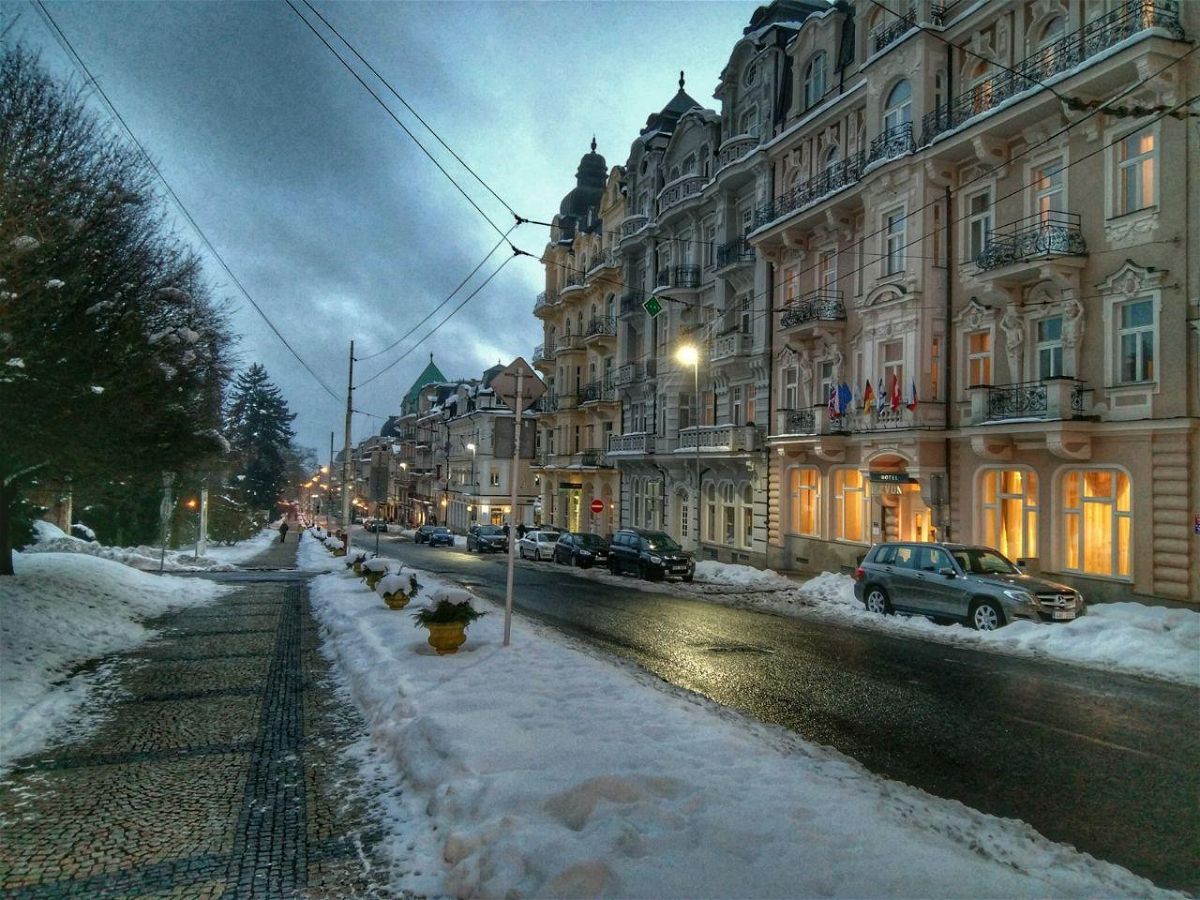 Marienske Lazne, you will be missed! | Photo: Prashant Mullick 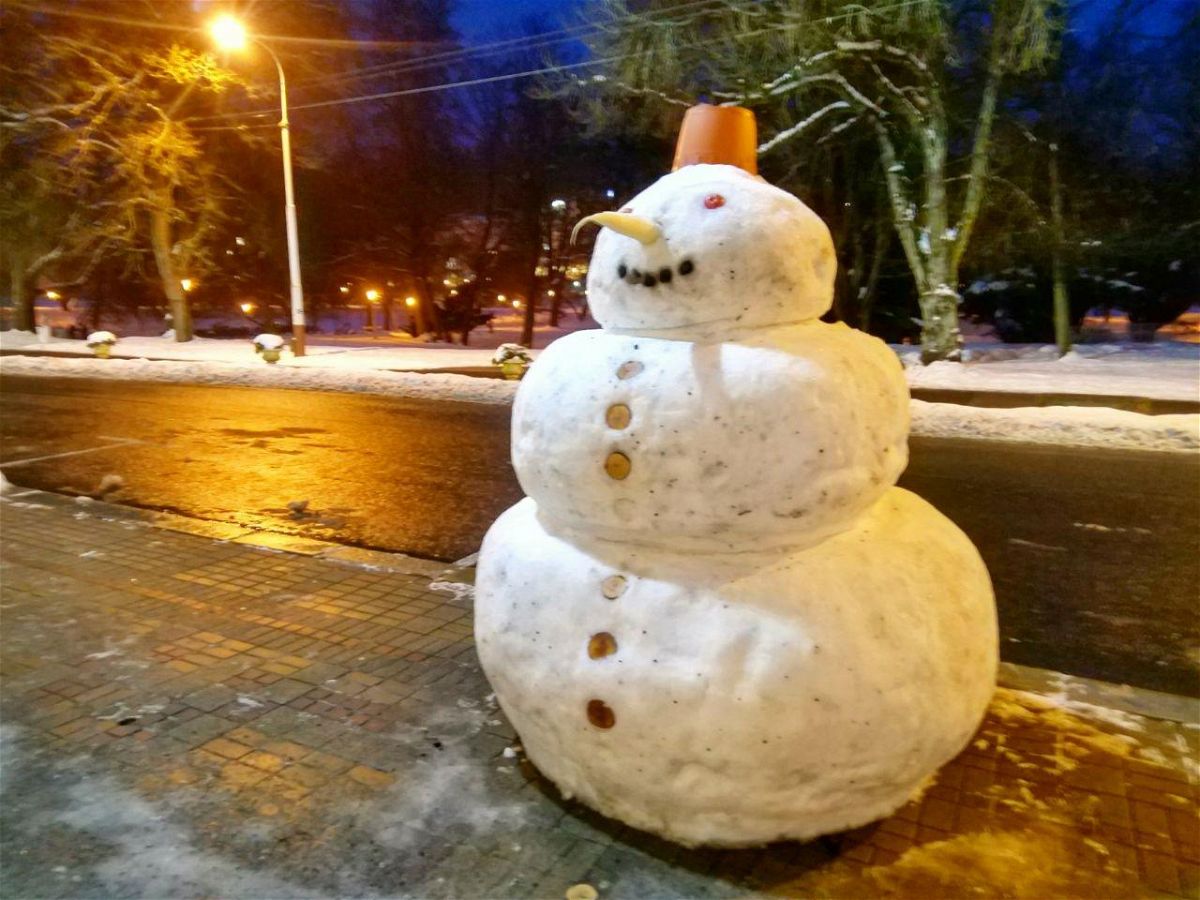 Results of A1 GM norm tournament:

Results of A2 GM norm tournament:

Results of B1 IM norm tournament:

Results of B2 IM norm tournament:

Results of B3 IM norm tournament: 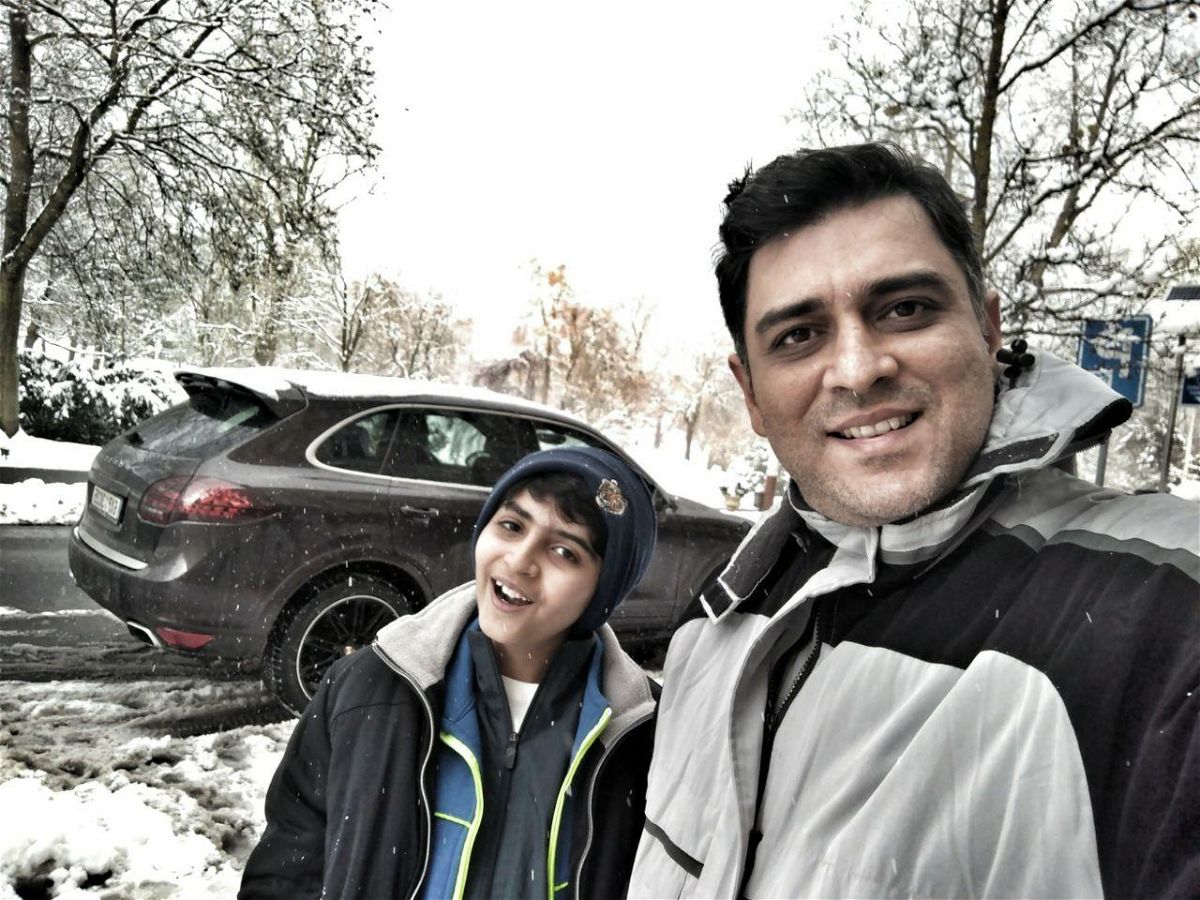 Prashant Mullick likes to call himself a ChessDad. He loves the game of chess and is a FIDE-rated player himself. However, most of his trips to the tournaments are made to accompany his son Raahil Mullick who is 10-years-old and one of the rising talents of our country. The Mullicks are a chess family with mom Rupali Mullick being famous for her interview with Praggnanandhaa after the latter became World's youngest IM at the age of 10 years and 10 months.

Raahul VS scores his second IM norm at Prague Open 2018