The seventh edition of the Llucmajor Open 2018 was held from the 13th to the 20th of May 2018 in the island of Mallorca near Spain. Seven Indians went to the event that had 138 players from 28 countries. IM Swayams Mishra and IM Prithu Gupta both performed admirably to stay unbeaten and score 6.5/9. Both of them played some nice games and gained some rating points. They share their favourite game with us. While Swayams chose a relatively quiet and positional struggle against WGM Olga Dolzhikova in the Exchange French as his favourite game, Prithu went for his exciting last round victory over Stany G.A.

There are two kinds of tournaments that usually strong Indian players aim for - 1. Extremely strong events in the middle east 2. Decently strong events in Europe. In the first kind of tournaments you will usually have around 50 grandmasters and nearly hundred players above 2400 and they are usually held in Dubai, Abu Dhabi, Sharjah etc. These events are excellent for achieving your norms and even have very high prize money but you also play a lot of Indian opponents. Sometimes it feels as if you are in India once you enter the playing hall!

The second kind of tournaments are not as strong as the first one and the prize money is quite low. A 2400 rated player would be seeded around 20th, but the upside is that you are playing in a scenic European location and you do not face too many Indian opponents. I think one of the main reasons why people prefer to play outside India is to gain the experience of playing against international opponents. Which of the two events are good for making your norms or increasing your ratings? Well, my belief is that both the tournaments work well if you are good form. After all you have to face only nine opponents in a tournament. Even if you get three grandmasters and perform well against them you can make a GM norm! In this article we are going to take a look at a tournament that is comes under the second kind - a decently strong open tournament held in Europe at a scenic location! 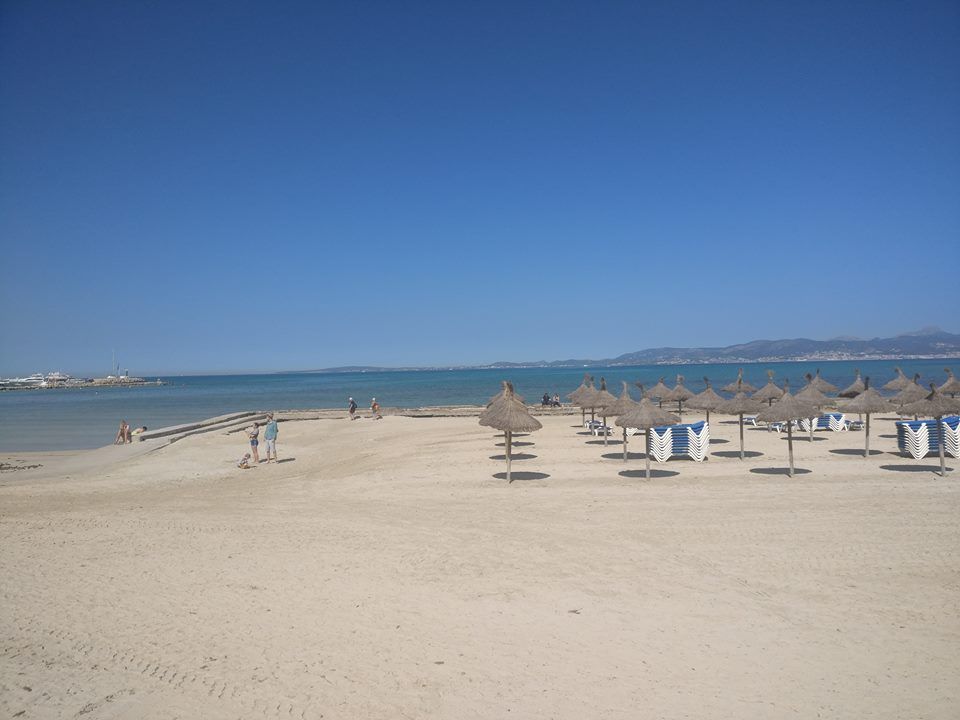 Llucmajor lies on the island of Mallorca and is very well connected because of its regular flights and ferry services. The Palma airport on the island is the third largest airport in Spain after Barcelona and Madrid! It has the capacity to handle millions of tourists that visit Mallorca throughout the year! In case you are planning to go there, this article could be of good help to you.

Seven Indians participated in the event this year. They were Swayams Mishra, Stany G.A, Prithu Gupta, Akash P.C.Iyer, Shailesh Dravid, Raunak Sadhwani and Aan Sikka. A few days ago we wrote an article on how Raunak Sadhwani played a gem of a game and it was from this tournament. Raunak went to the tournament with a rating of 2378. He gained 13 Elo points and is now just 9 points away from his IM title. However, the best Indian performer of the event was surely IM Swayams Mishra, who missed his GM norm by a whisker. 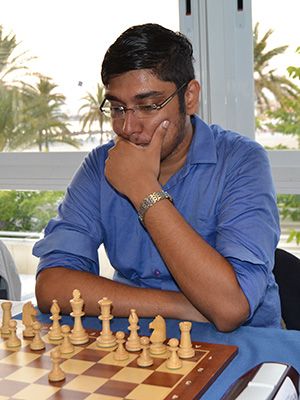 Although Swayams played many stronger players in this event, he chose his best game against a 2177 rated oppponent WGM Olga Dolzhikova. About the game Swayams says, "This is my favorite game of the tournament, where it seems like an equal position and in the end it wasn't so simple as it looked." Many people complain that exchange French is boring, drawish and dull. Well, this game will change your perception towards that! The analysis by Mishra is instructive and we recommend that you go over them carefully. But before you do that, try your hand at the following position: 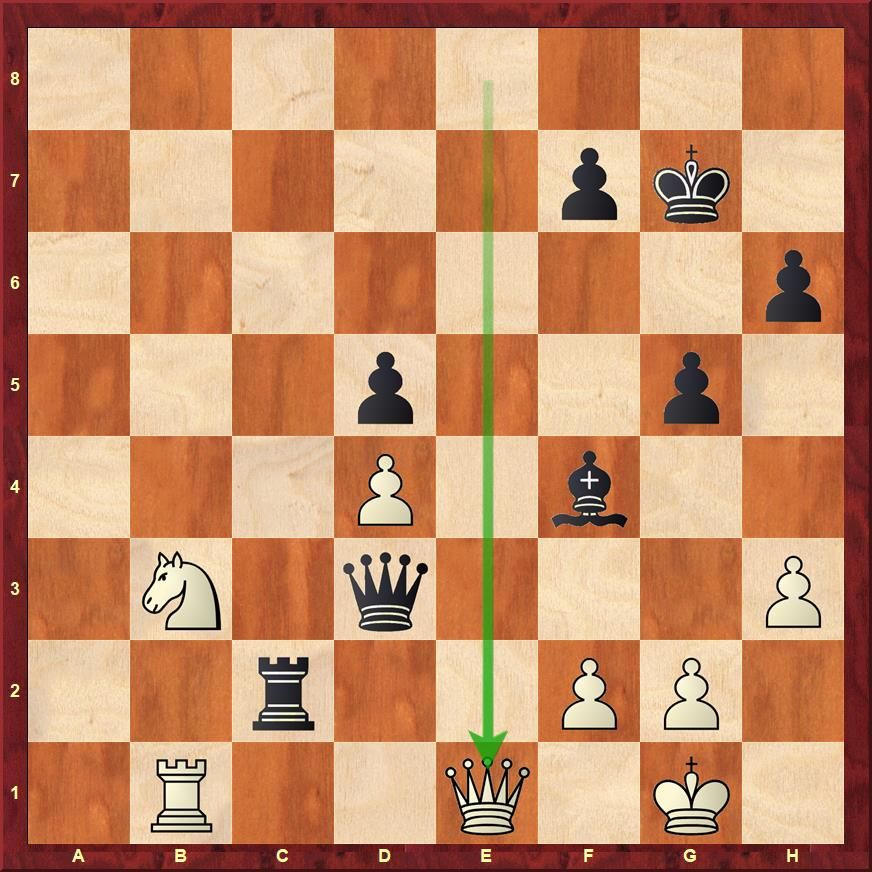 White has played Qe1. The material on the board is minimal. What did Swayams (Black) play here? 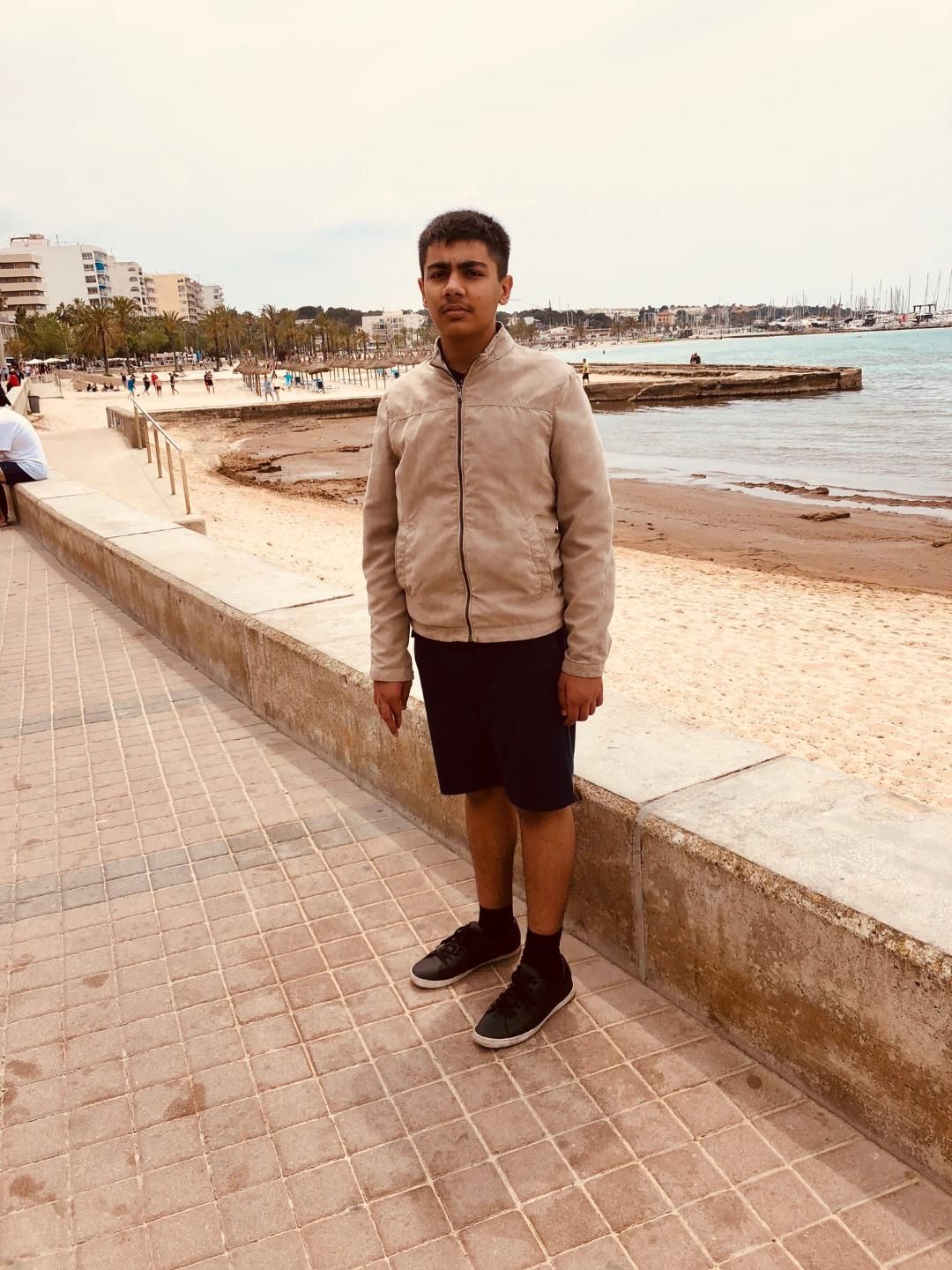 IM Prithu Gupta was back on the chess board after a long gap. He also scored 6.5/9 and finished eleventh on tiebreak | Photo: Prithu Gupta

Generally in final rounds IM Stany has had excellent results. That's mainly because he has strong nerves and usually goes for full blooded fights. It was impressive that Prithu managed to beat him in the last round and finish with a performance of 2487, gaining 12 Elo points, which takes him to 2436. The 13-year-old from Delhi who recently made the headlines by becoming an IM and also achieving his first GM norm has sent us his win against Stany from the final rounds with some instructive analysis. 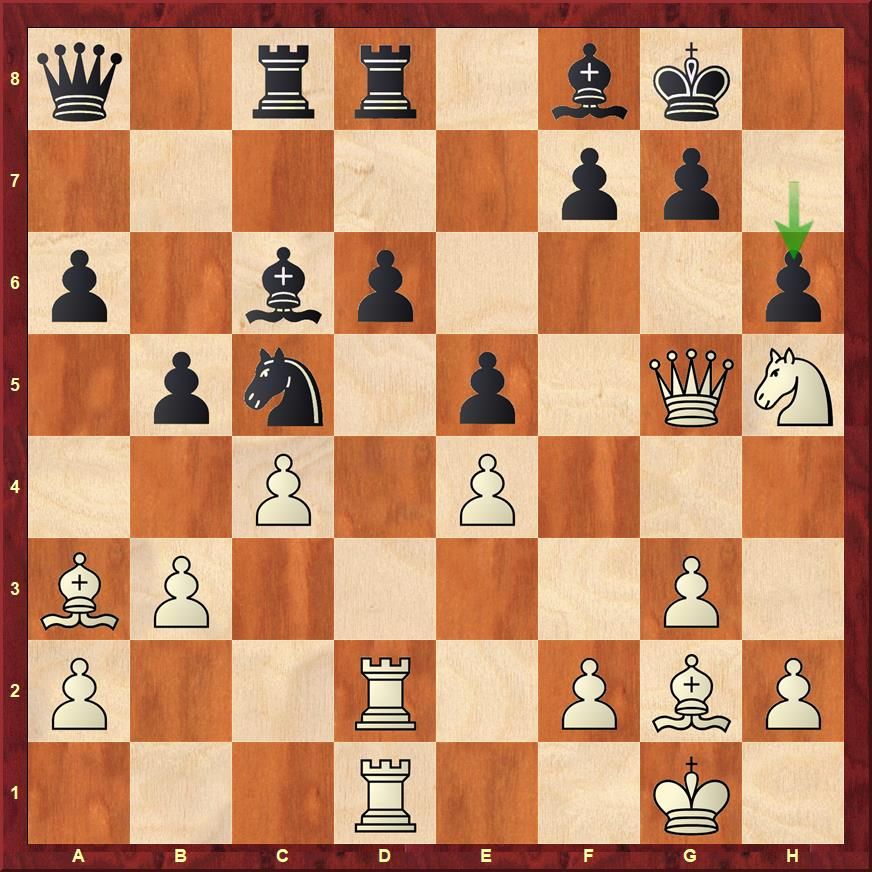 Black has just played ...h6. How should Prithu (White) continue? 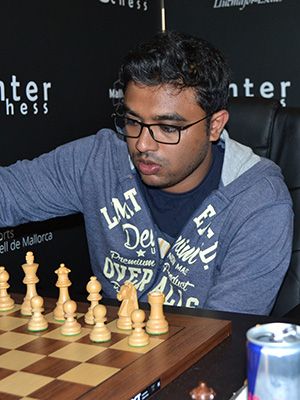 The loss in the final round pushed Stany back to 31st position with a -5 on the Elo chart | Photo: official website

If you are interested to play the Hedgehog well, then we would recommend Swiss GM Yannick Pelletier's DVD on the subject.

And if you are looking to further strengthen your knowledge about the Hedgehog structure, then we recommend Daniel King's Powerplay 6 on the Hedgehog: 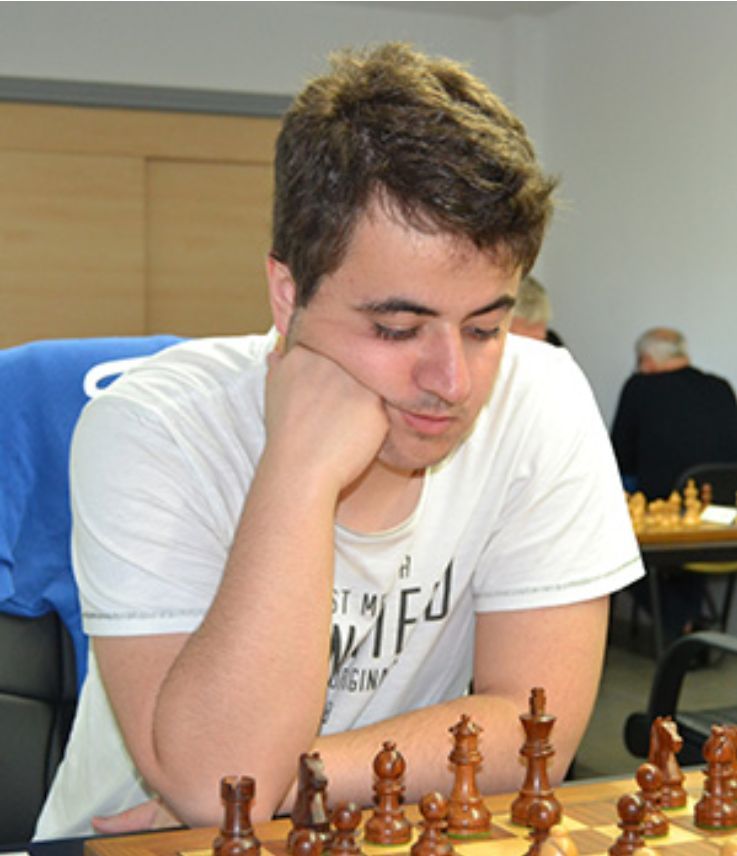 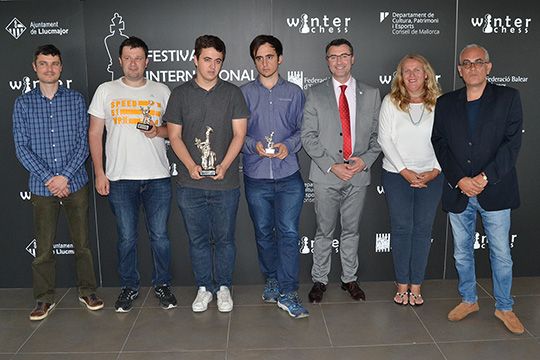 The prize winners at the event 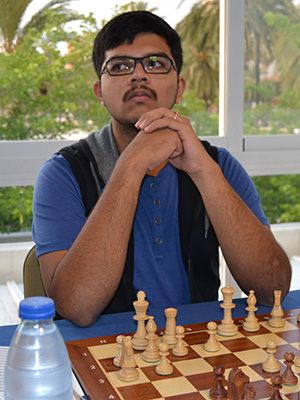 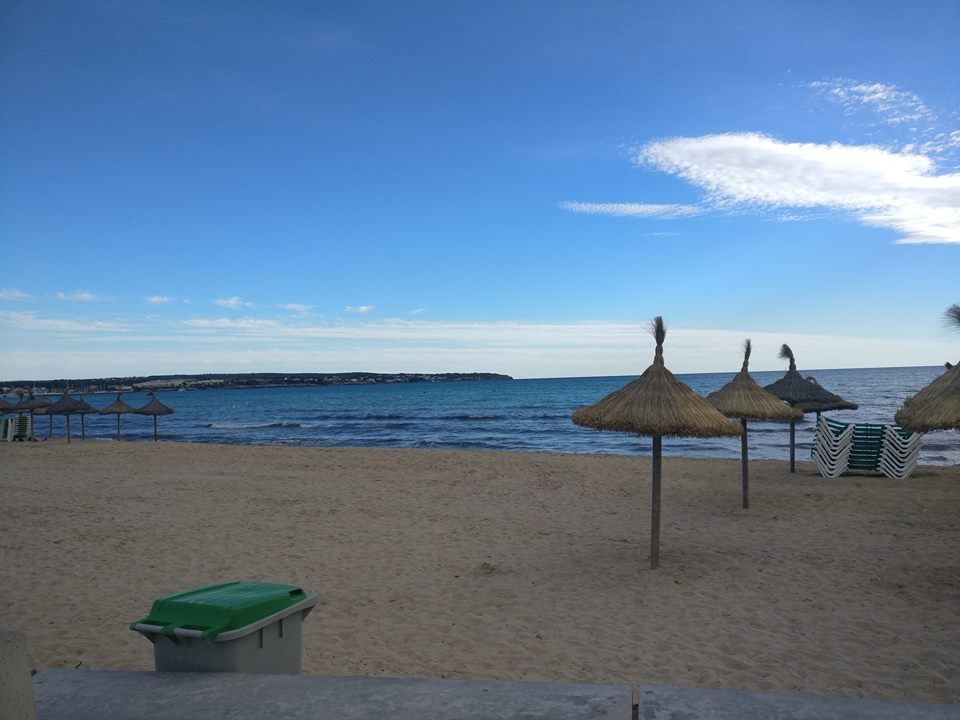 The tournament in Llucmajor is high recommended! Who wouldn't want to play chess in such an environment?! | Photo: Swayams Mishra 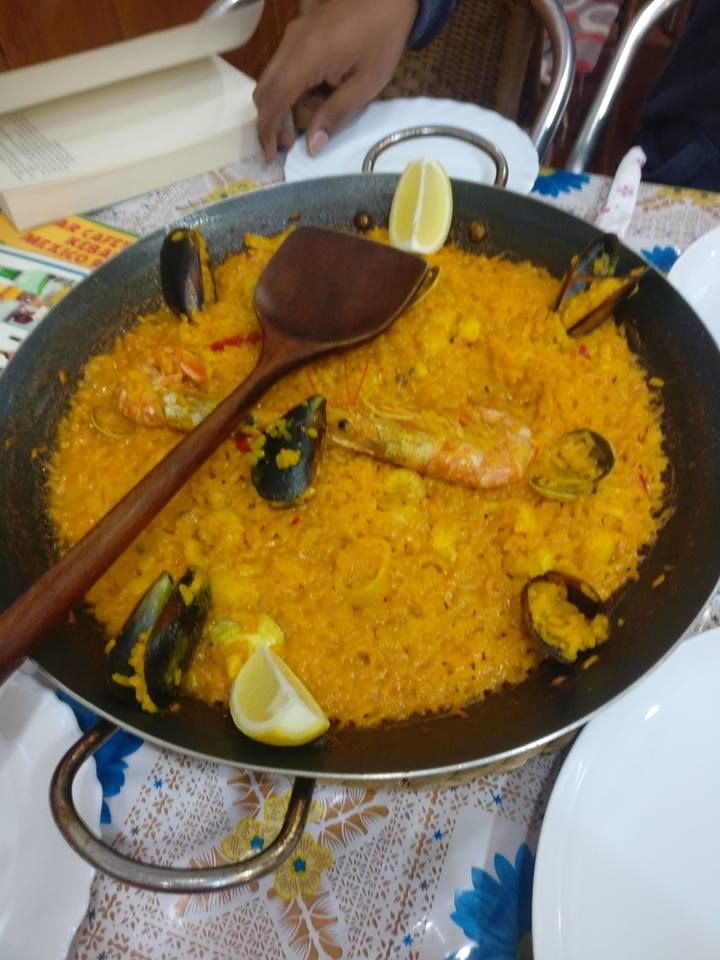 And enjoy some sumptuous Spanish food! That's Paella. Valencian Paella is believed to be the original recipe and consists of white rice, green beans (bajoqueta and tavella), meat, white beans (garrofón), snails, and seasoning such as saffron and rosemary. | Photo: Swayams Mishra