The year 2017 has been Laxman's year. He had already won 5 tournaments this year, by winning 2nd RK Chess Club's International Rapid Rating Chess Tournament 2017, he took his tally to 6. He has won four rapid tournaments and two Blitz tournaments including National Blitz Chess Championship 2017. Here is a report of the event that was held in Mandya, Karnataka on 18th and 19th of November by Shahid Ahmed. Photos by Manjunath Jain. 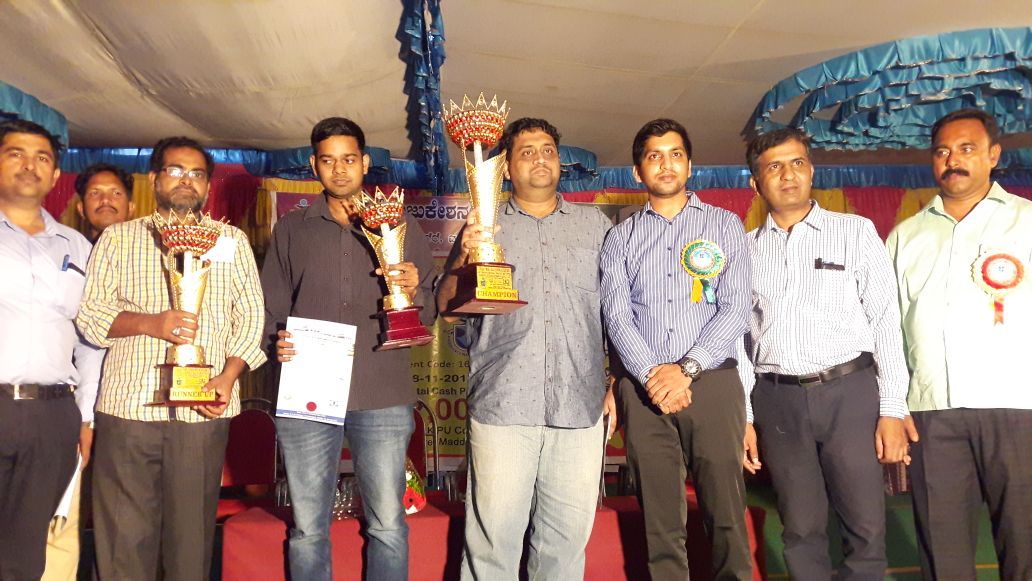 Champion of the tournament GM R R Laxman with runner up Syed Anwar Shazuli and second runner up GM Vishnu Prasanna V . All of them scored 8 points each | Photo: Manjunath Jain

Laxman started the tournament well with five consecutive wins but then he drew in the sixth round with Yashas D. Vishnu Prasanna took sole lead at the end of sixth round and Laxman was trailing by half a point, tied with 5 more players. Laxman, then defeated top seed GM Vishnu Prasanna V with black pieces. At the end of seventh round, Laxman was in a three-way lead at 6.5 points. He won his eighth round game against one of the leaders, Gavi Siddayya which propelled him to a sole leader position. 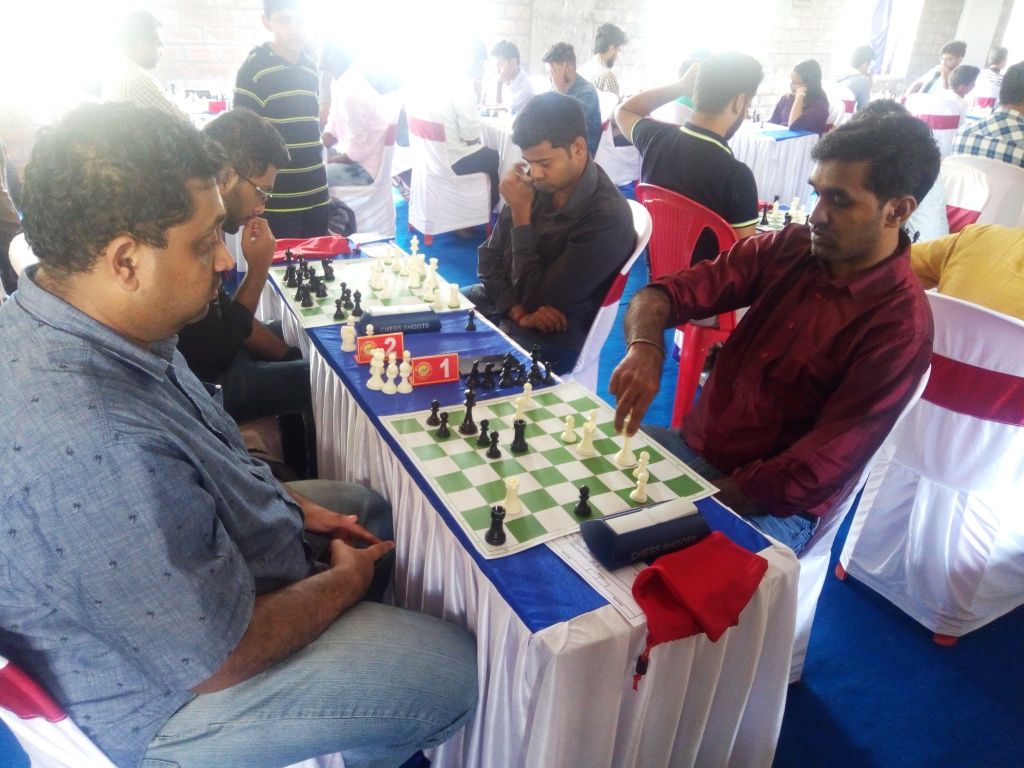 Laxman drew his last round game in a well fought rook and pawn endgame against GM M S Thejkumar to become champion by scoring 8.0/9. The GM from Chennai won the tournament as he had a better tie-break score than Syed Anwar Shazuli and GM Vishnu Prasanna V who got second and third place. 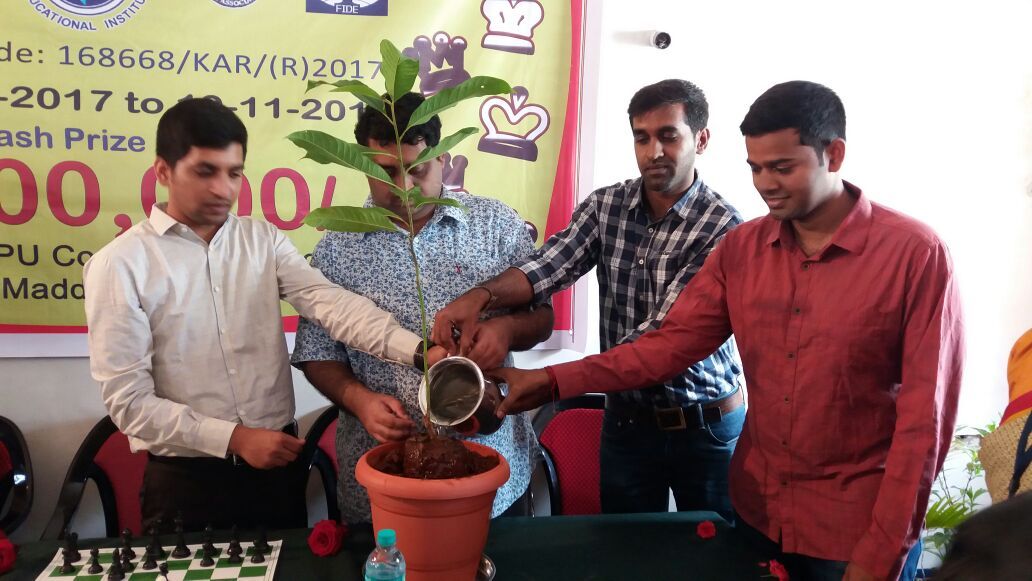 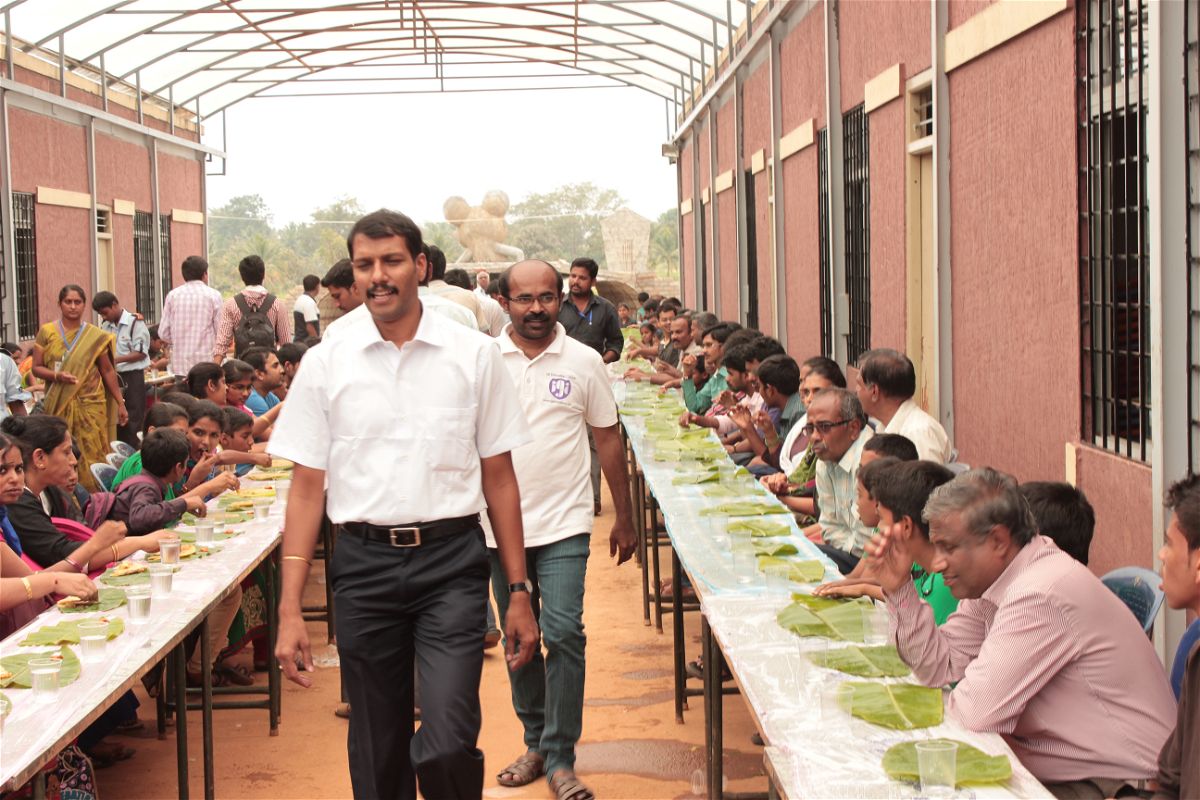 All players having their lunch on second day of the event which was served for free | Photo: Manjunath Jain 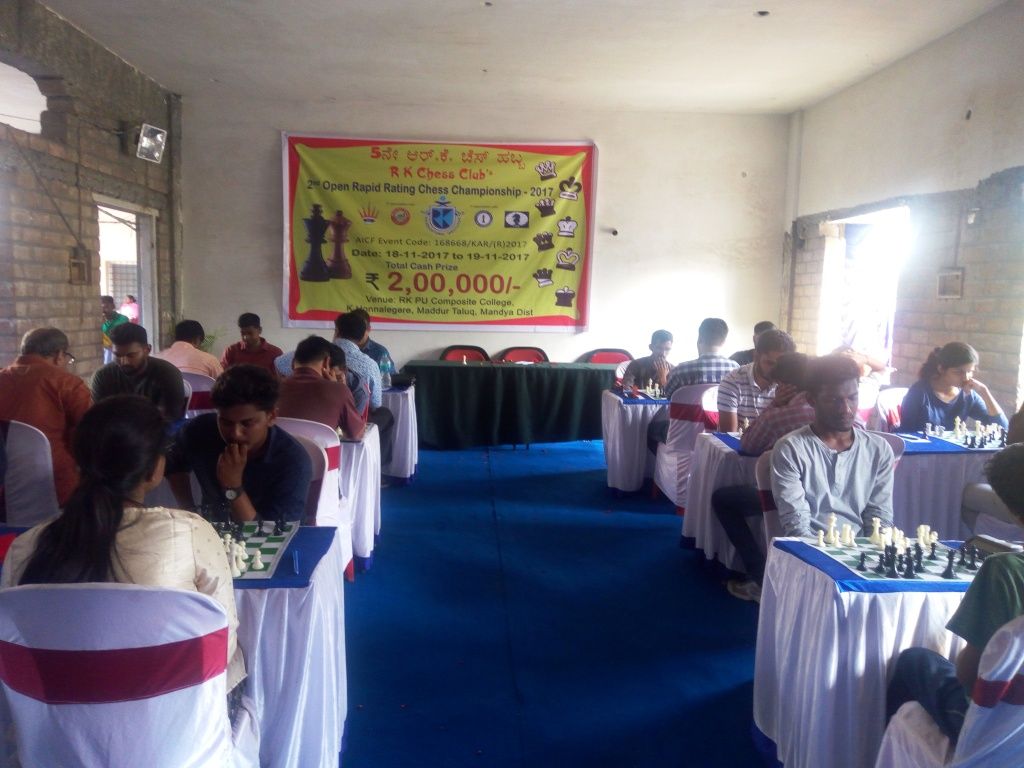 Players in action inside the tournament hall | Photo: Manjunath Jain

GM Thejkumar M S of Karnataka was felicitated in the Prize distribution ceremony, for becoming the 1st GM of Karnataka and the 50th of India.